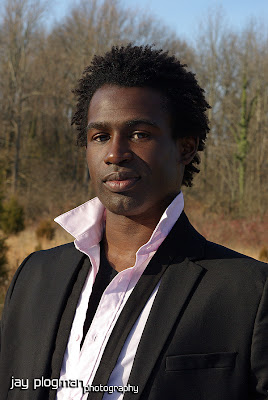 Earlier this year, I was fortunate to find the work of Cincinnati based photographer Jay Plogman. Last month, in my first piece with Jay's work, I featured images of model Jessie Lee in a post I titled Operatic. I chose Operatic with intention as there was something bigger than life, almost majestic about the images, the location, poses the feel. Jay has an impressive way of blending model within their surroundings. Within Jay's captures, models don't just inhabit their location, they devour it, becoming part of it. 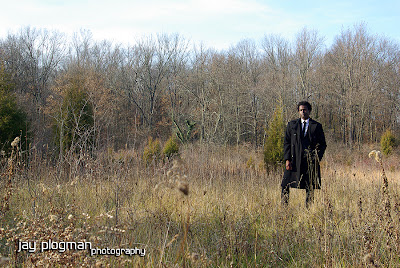 The location for Jay's work with Cincinnati actor and dancer Darnell Pierre Benjamin may not be as grandiose as the 160 year-old Jersey City home and spiral staircase inhabited by Jessie Lee, but the results are equally as visually magnificent. I love how Darnell interacts with his environment and how Jay uses light and shadow, especially the blue tones in the image of Darnell by the window at sundown. 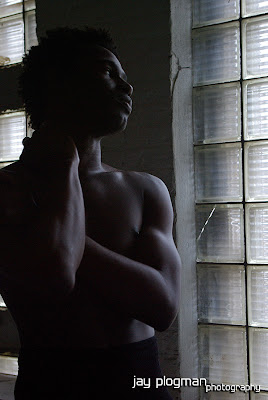 Darnell and Jay have been friends for over three years and have been talking for awhile about shooting together as a way to add modeling to Darnell's list of talents. When they finally set a date and talked over concepts, they decided to spread the shoot out over two days to cover all the ideas that they had brainstormed together. The goal was to highlight, in still images, aspects of both Darnell's personality and acting talents in a way that benefited both his acting portfolio and as well, could begin a modeling portfolio. 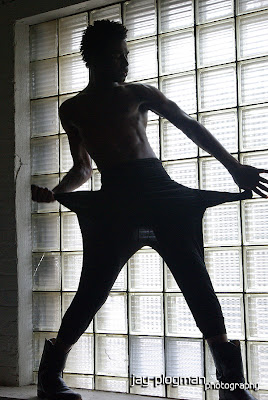 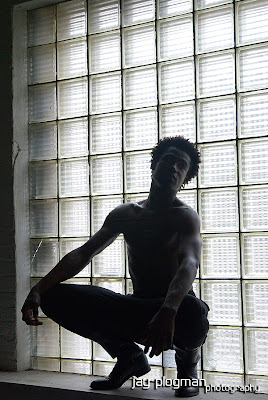 'Thanks to his training, Darnell knows how to use his body and facial features for best effect, making posing a breeze and constant creative process. He brought to the shoot his usual high energy as well as vivid imagination. In the end, I believe we created a wonderful set of images showcasing Darnell as the creative, joyous, playful, introspective, strong man he is, who refuses to be pigeonholed by society's stereotypes.' 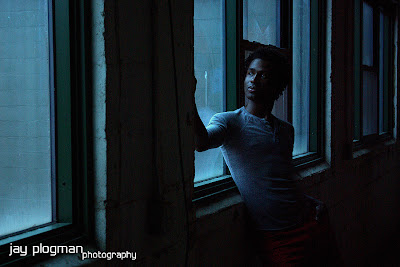 Born in St. Martinville, Louisiana, Darnell Pierre Benjamin says his first passion was dancing due to the unique ability it allows one to express feeling through movement. As he got older, he also discovered his love of theatre. After graduating from the University of Louisiana at Lafayette, with a Bachelor's of Fine Arts in 2006, Darnell decided to apply to grad school and eventually earned a Masters of Fine Arts from the University of Houston in 2009. It was while an undergrad that Darnell began picking up minor modeling gigs, ranging from photo shoots to runway. For the past seven years Darnell has been professional performer working as an actor, dancer and model. For the last three and half years he has worked with the Know Theatre of Cincinnati, Pones, Inc. and the Cincinnati Shakespeare Company. 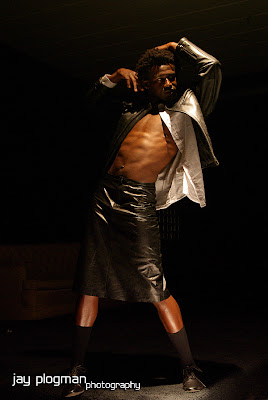 'Working with Jay is a blast. I met him not long after I moved here to Cincinnati, and he has quickly become a close friend of mine. So, going into the shoot was already a comfort for me. I'll tell you what. Though modeling and acting are similar in a great deal of ways, the thing that makes them so distinctly different is that--with modeling--you have to fine tune your ability to allow a clear, succinct moment to be captured. Jay knows that I come from the background of dancing and acting, so he helped me relax and "just be." I tend to feel more comfortable when I'm "doing" something. For example, the more edgy and athletic shoots feel like home to me. It's always tough for me to "just smile" for the camera. Jay did a great job at helping me play to my strengths while still making each look and angle a totally different shot altogether. I also love that he's completely comfortable trusting me to do something wacky here and there...and it's because of that that we found such magic and chemistry working together.' 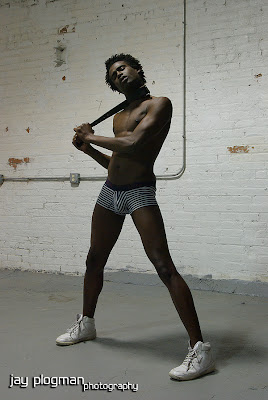 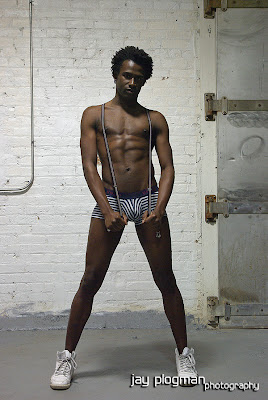 'My acting experience helps a lot in producing good shots. I oftentimes go into a character when doing a photo shoot. As a matter of fact, the hardest photo shoots are for head shots. I say that because you're supposed to just be yourself; and it's hard to simply be yourself when there's a camera in front of you. Take me to a party and I'll sell myself with ease...but if you ask me to just look pleasant then show my personality on a camera and you've got some work cut out for you. However, it's a job at the end of the day. I find that as long as I keep myself focused towards an objective, it's hard to mess up the shot. For example, my favorite shots are the ones with me in the leather jacket and skirt. I like to play with gender, so it was a shot where I was able to completely let loose and explore my body, sensuality, and vulnerability.' 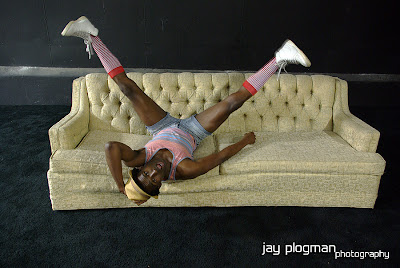