Getting Naked With Kevin The Irish Model

In A Phone Booth 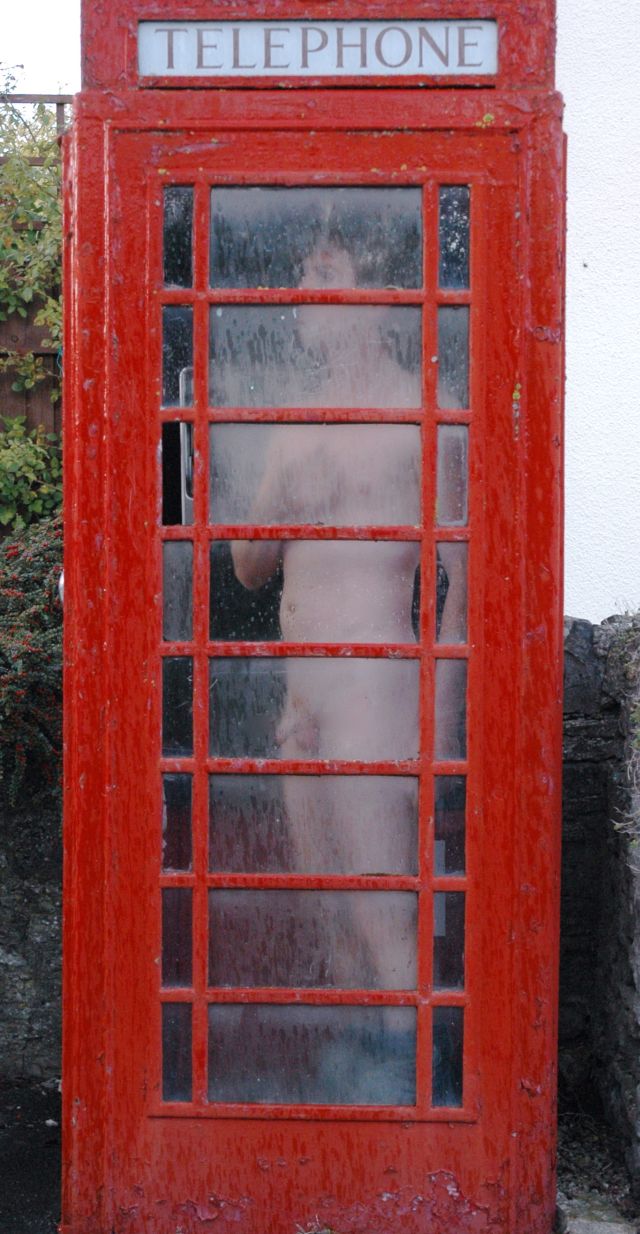 'Open minded, Crazy, Friendly! No shame! photograph me how you like!'
Kevin
In a Dublin Studio After Friday's feature, which had a focus on both form and location, heading to Europe to spotlight the work of Kevin, The Irish Model seemed a logical next stop. 33 year old Kevin is currently living in Germany but often travels back to London and Dublin, the two places he calls home. Kevin began his modeling career posing as an art model and loved the feeling of exposure. 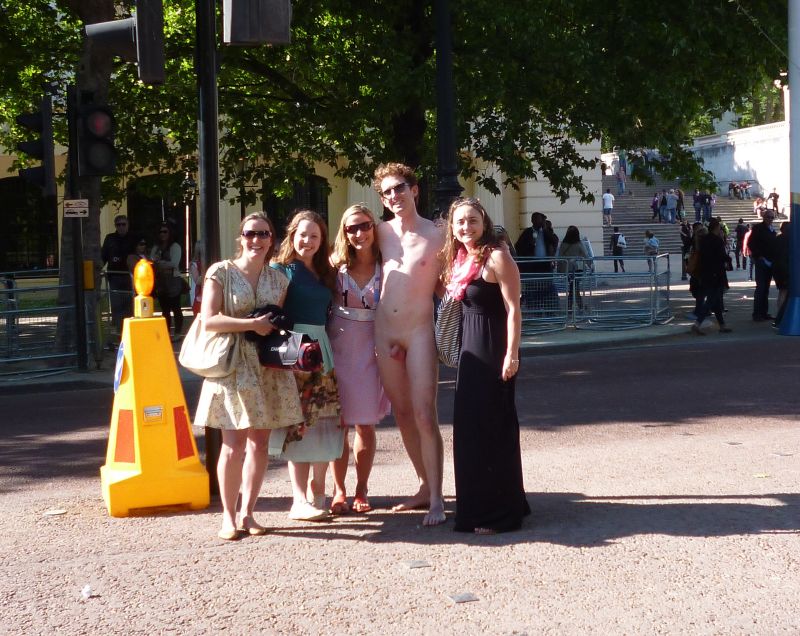 Kevin describes himself as an exhibitionist and is not afraid to try anything in front of the camera. Kevin models for enjoyment, and for the joy of creating art. One of his favorite themes to explore is also one of my favorites to feature, the urban nude. Posing naked within and in front of city landmarks and architecture. Exploring abandoned buildings and old factories, side streets, graffiti filled walls, bus stops and anywhere really that you wouldn't normally expect to come across a naked man. 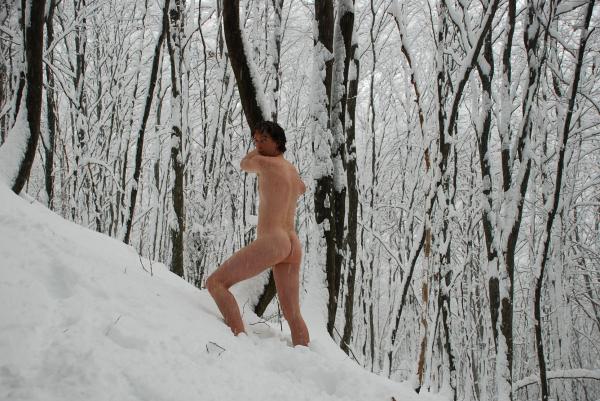 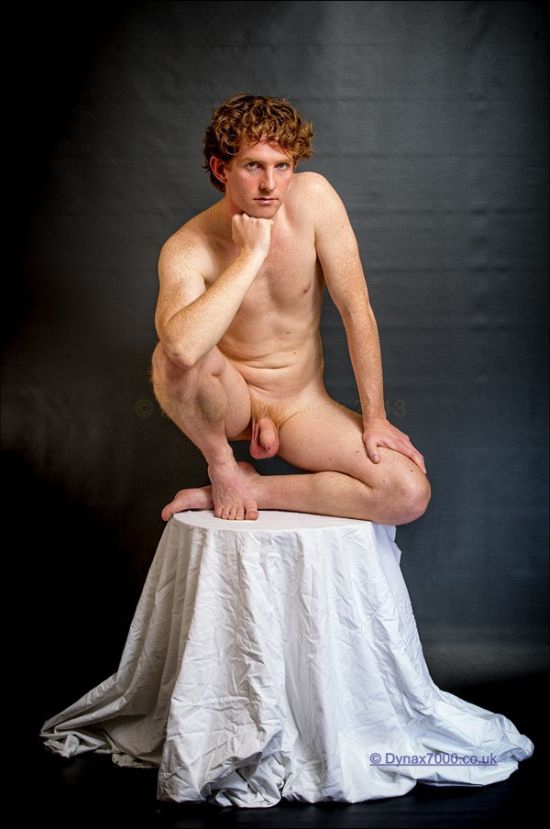 I have chosen some of my favorite locations where Kevin has dropped trou to feature in the blog. I love finding concepts I have not seen before and I think getting naked in a shopping cart might just be a new one for the blog!

In A Grocery Cart
Images from Ruta Mackelaite 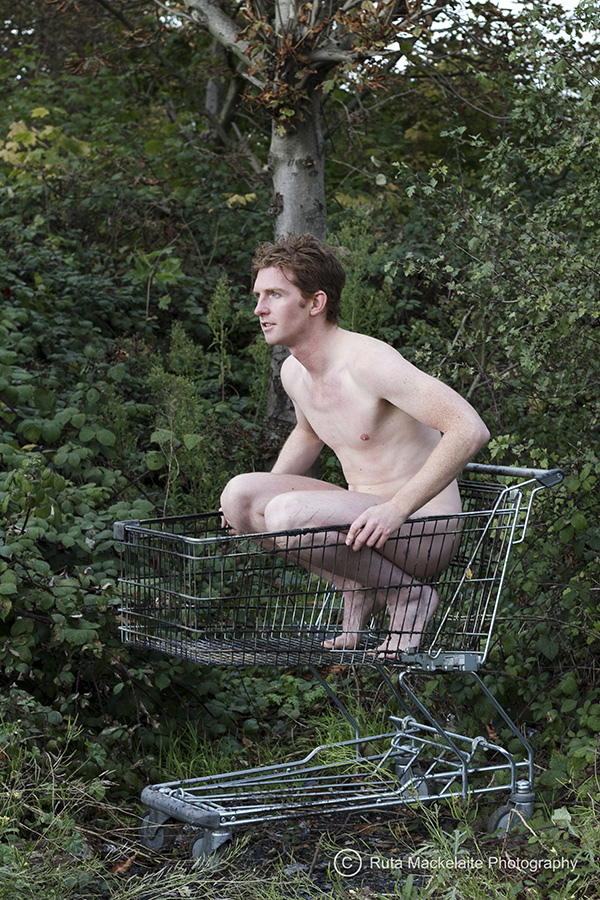 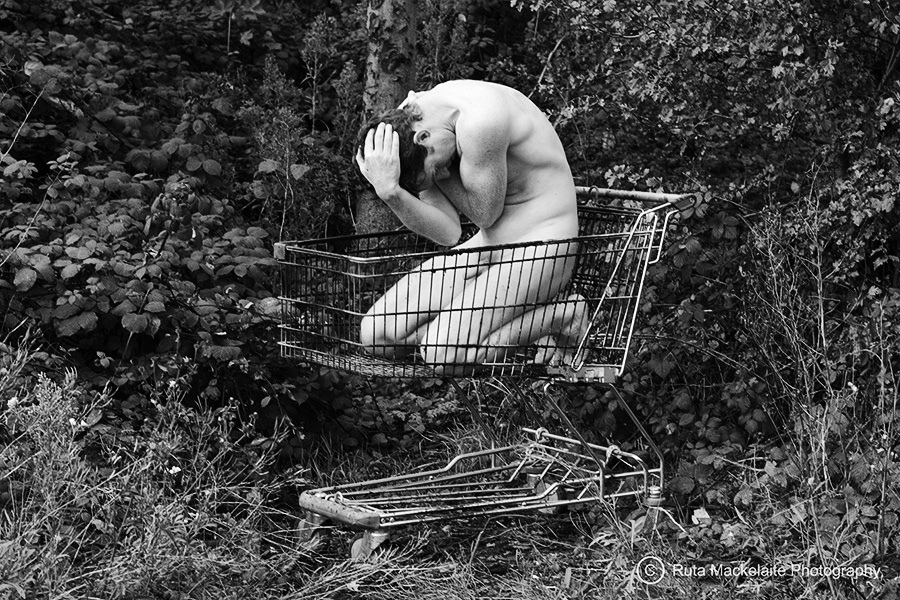 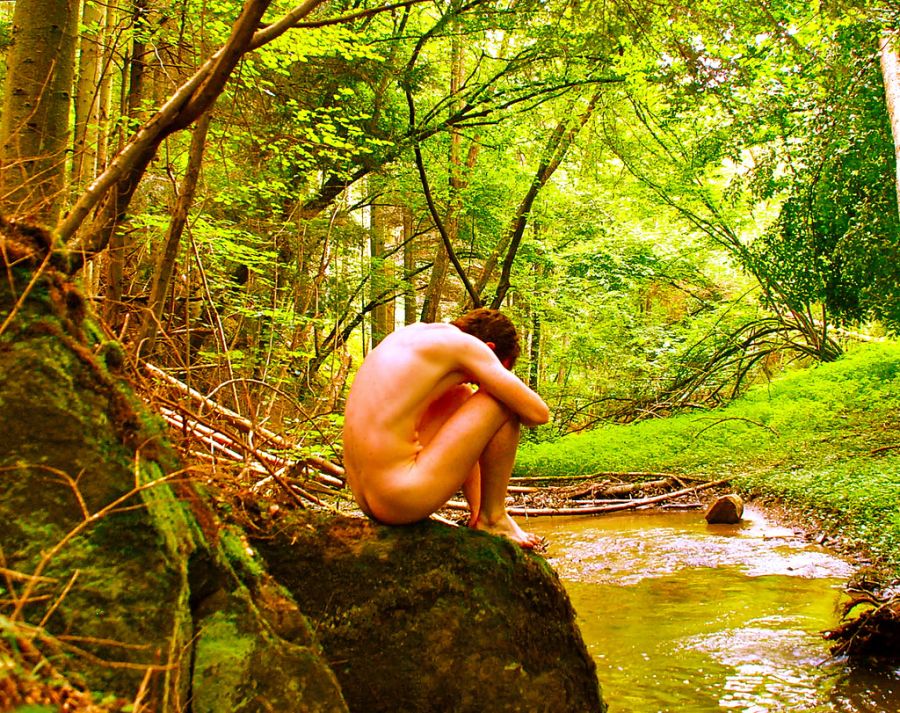 In A Tree
Images from Ruta Mackelaite 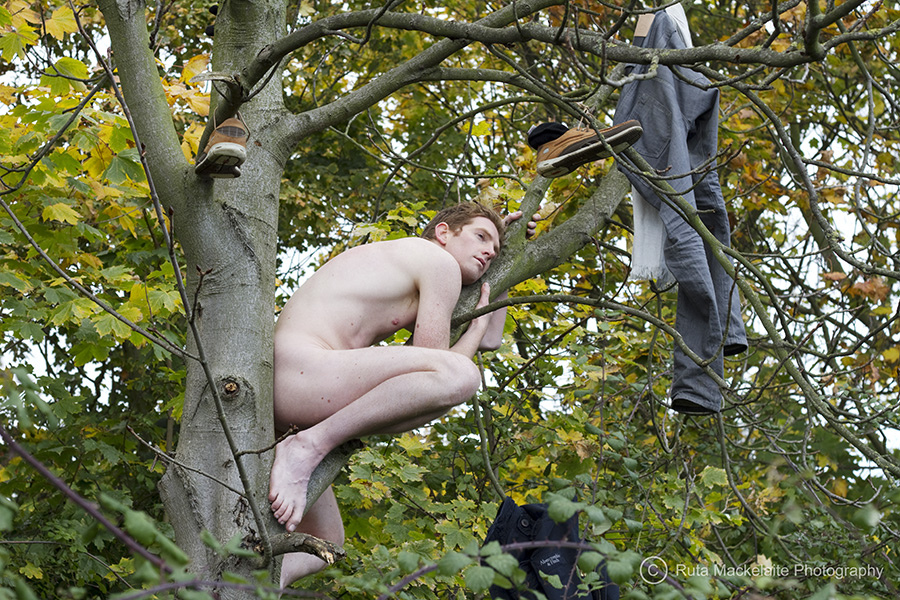 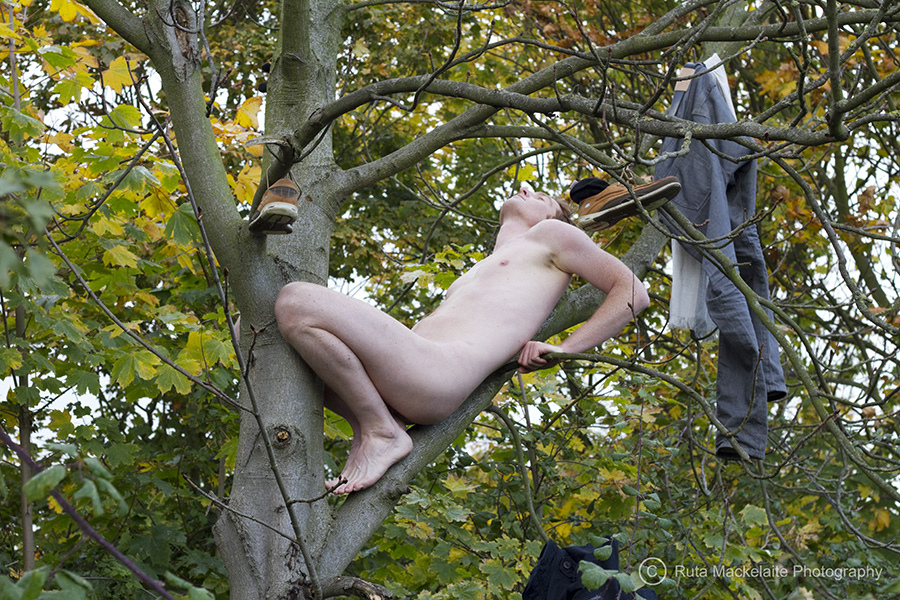 Middle of a street in The Netherlands 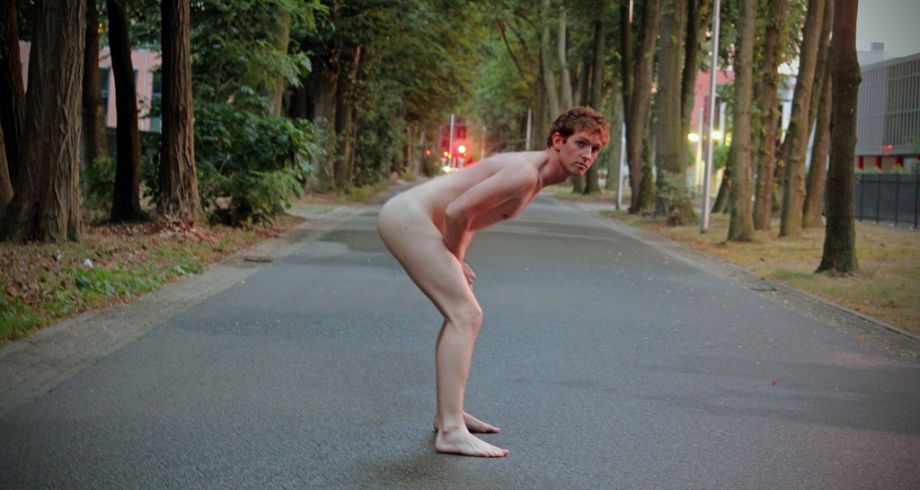 The Streets Of Paris 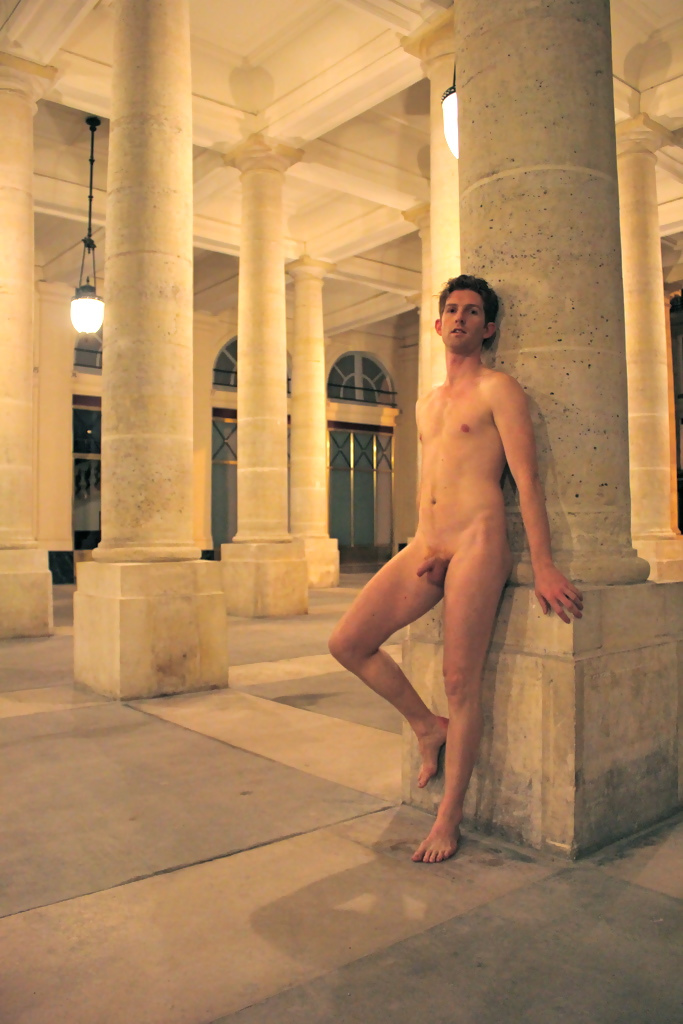 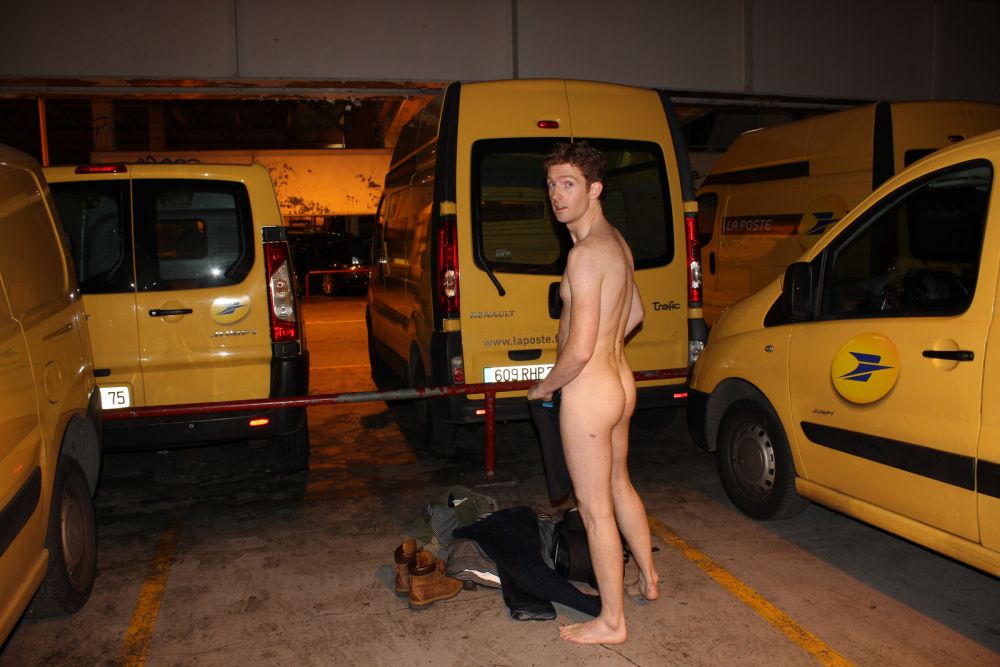 In an abandoned railway station in Germany:
Images from Volkuss 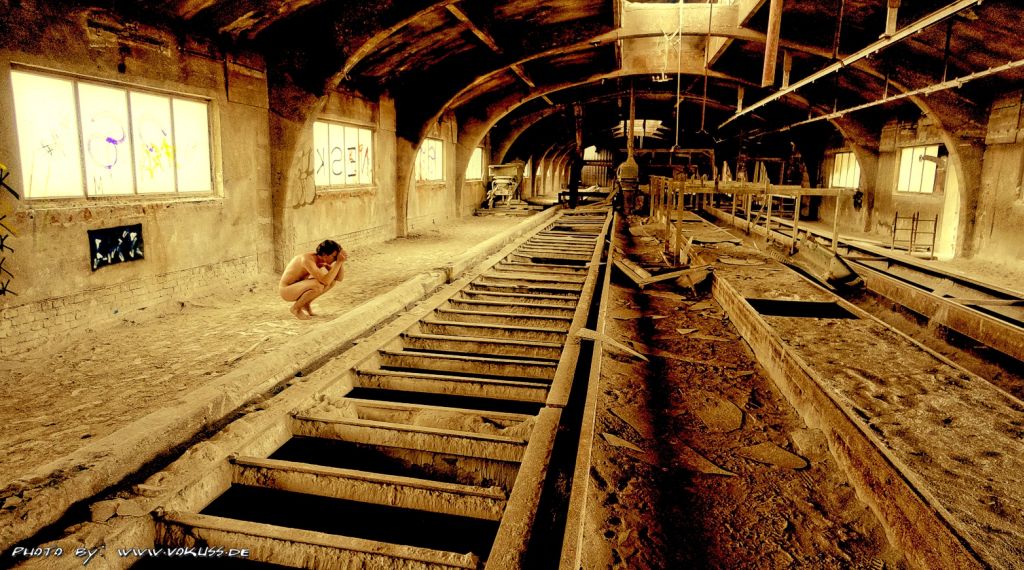 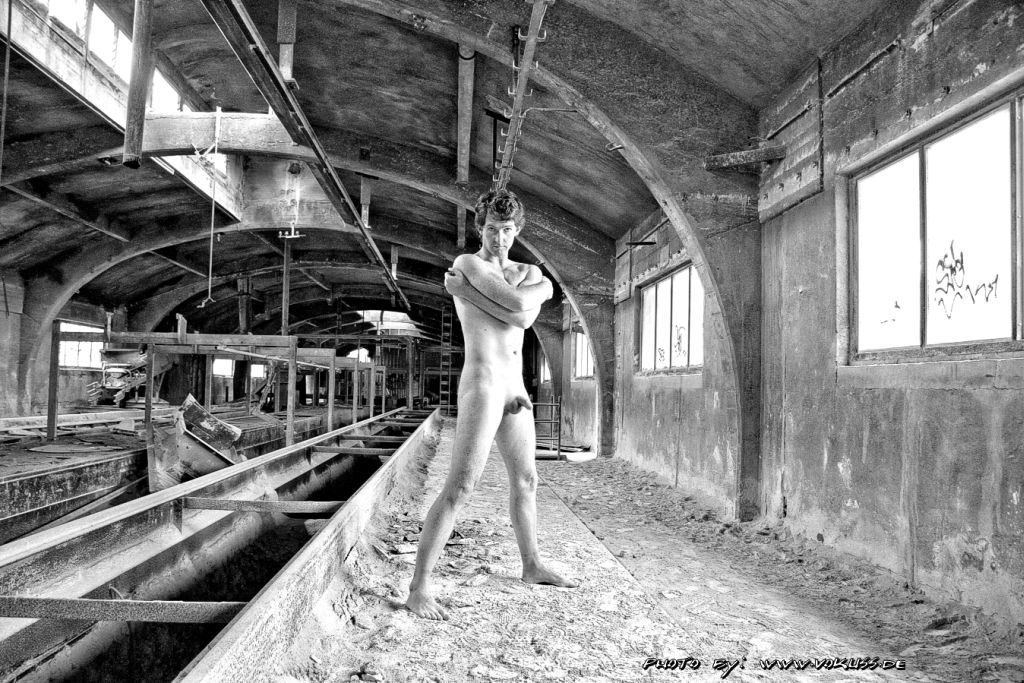 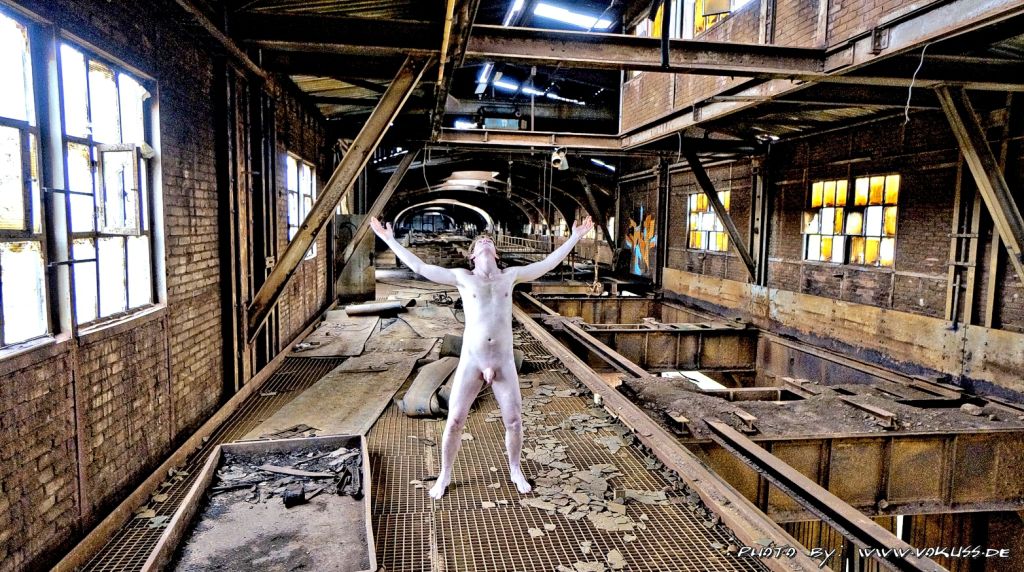 Great to find myself online. No posing for anyone with a camera. For free. Also on my cfnm blogsite http://cfnmlife.blogspot.com come have a look