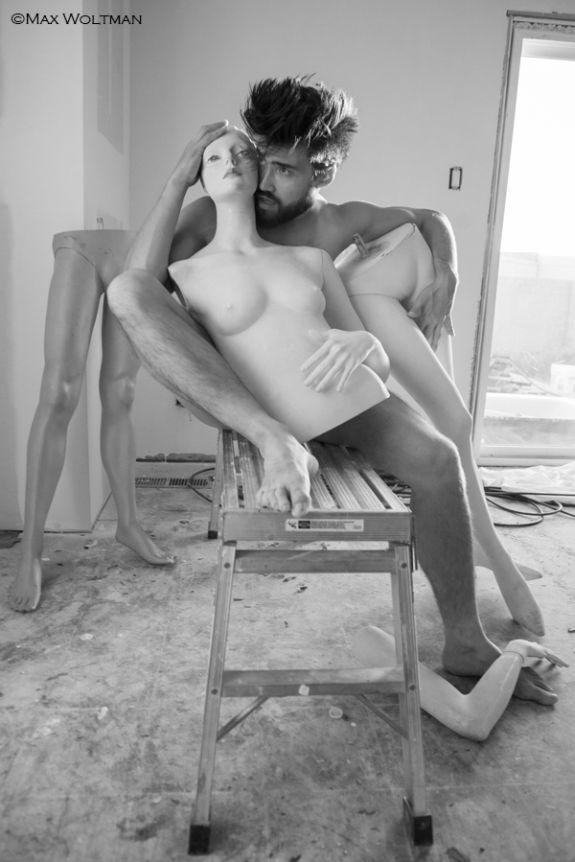 Artistry is an interesting concept really. Sometimes it is born of spontaneously, from an urge, a compulsion, sheer passion and circumstance. Other times, it is more planned, it is sought after and searched for in sweat, hours of practice and years of hard work and experience. For Albuquerque's Austin Tacious I would say it is all of the above. Austin's artistry certainly stems from a passion, but that passion is one he has worked at, honed and perfected through his music, martial arts, circus skills and desire to create powerful, professional and memorable images. 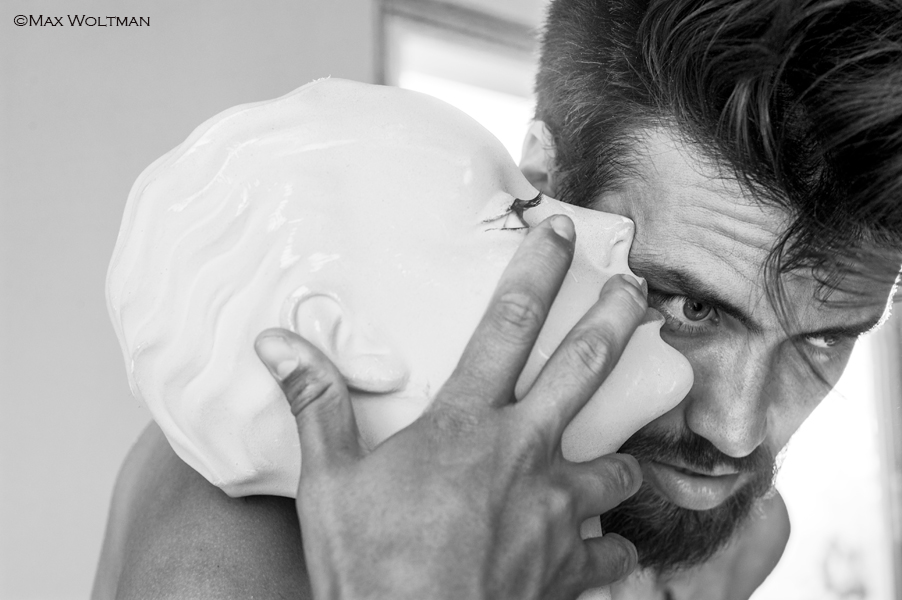 I first introduced FHreaders to Austin last December in the feature Primeval. I was amazed by Austin's ability to weave both wild with sophistication, raw sexuality with style, and powerful intensity with a quiet beauty. All of this was magnificently captured through the lens of photographer Max Woltman. 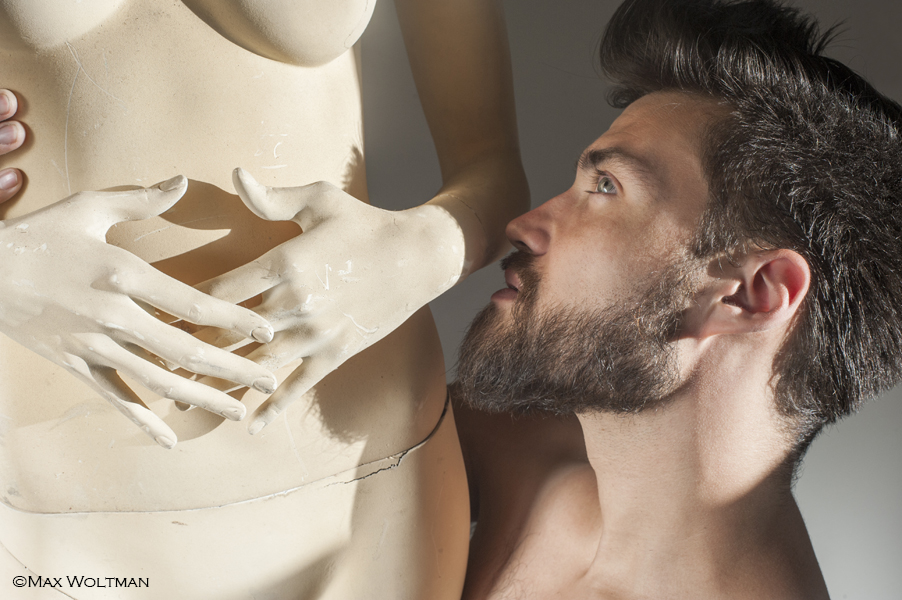 'My specialty is in showcasing timeless human characteristics such as personality, emotional range, sexuality, and other qualities that won't go out of fashion next season. I believe in revealing something intimate, sacred, vulnerable, and unique about you.' 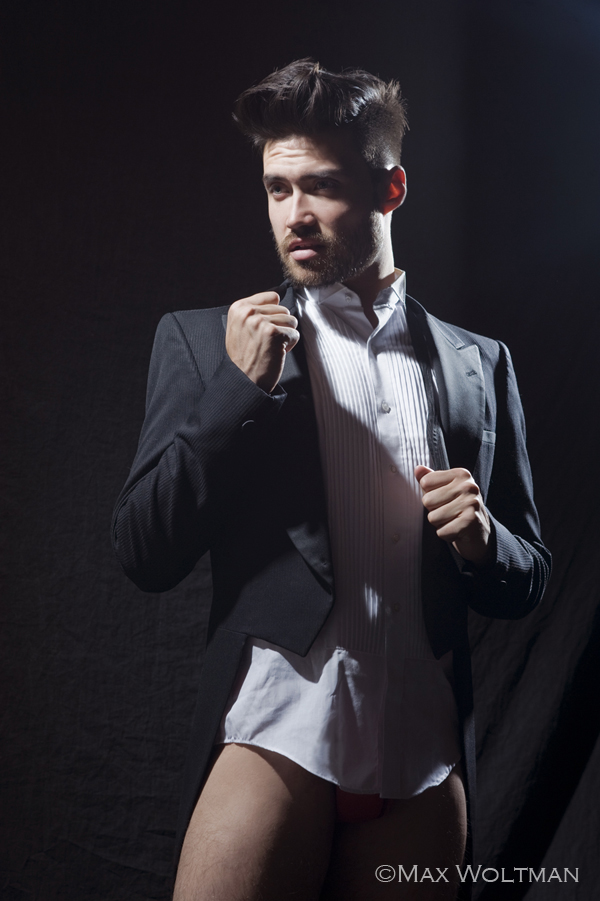 It is always apparent when both model and photographer have an artistic alliance. When both of their creative processes and goals work together to create images that stand out. I especially love the mannequin shots, and how in the first image at the top, Austin weaves his body with the mannequin which makes them appear as one, causing the viewer to look closely to see where one part starts, and other one ends. Austin makes a wonderful Mr. December in Max's New Mexico Men 2015 calendar which you can preview HERE: 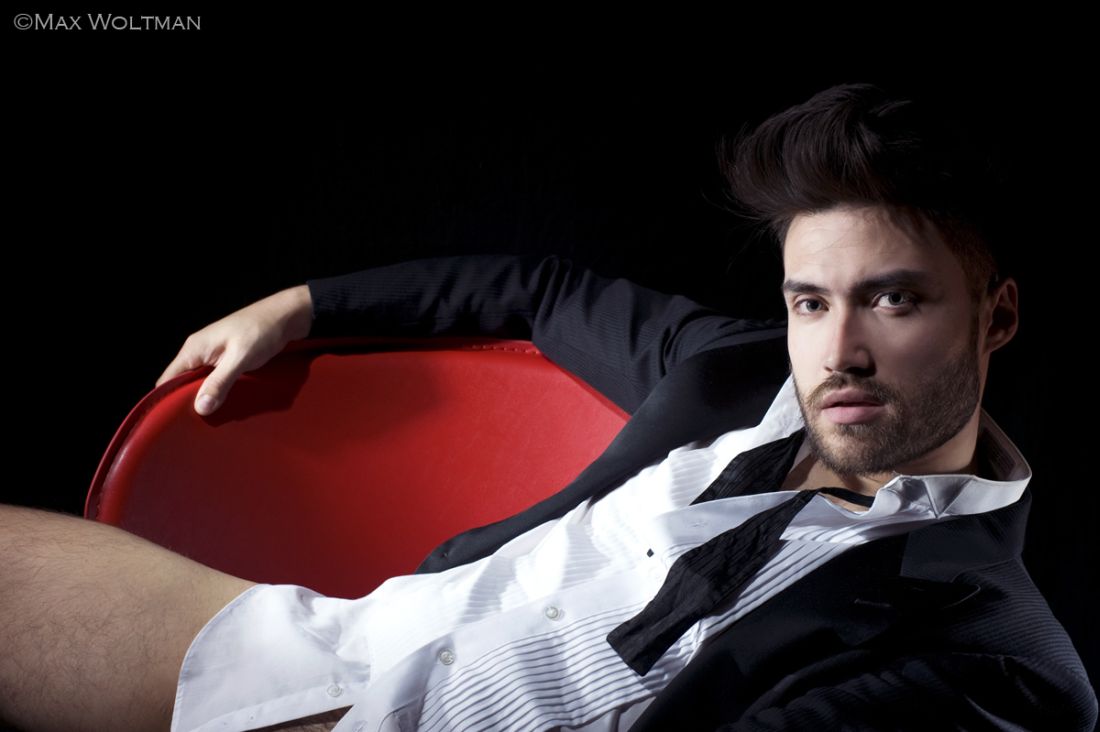 'Max Woltman is my favorite photographer to work with. I have said it before, but I think he very well may be the nicest person in creation. He has a wonderful way of putting his subjects at ease and capturing wonderfully expressive moments.' 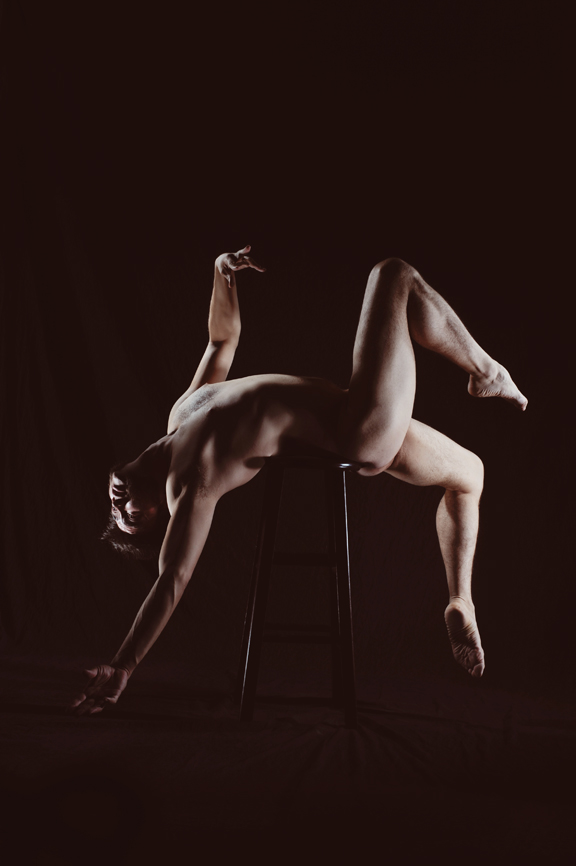 'My favorite shot with Max...that is a toss-up between a couple that were posted when you last were kind enough to feature me on your blog. Either one where I am bent over backward on a stool (above) or the shot of me in the shower. (HERE:) The stool shot I enjoy because I find it really interesting to view and I think it is one of my more expressive shots.  The shower shot I mentioned because it was my first nude shoot and took a good amount for me to actually do it. It was a big step for me. It meant a lot that it was well received.' 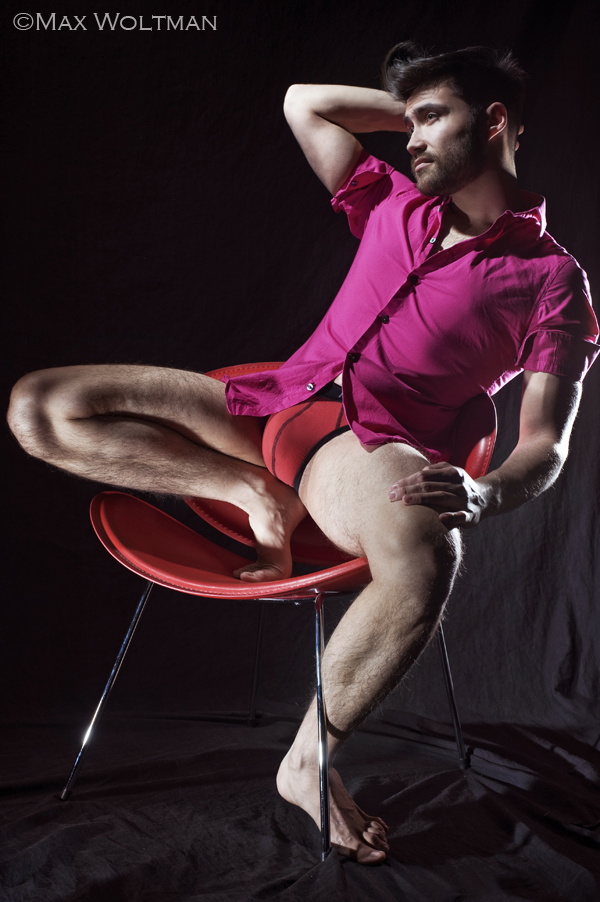 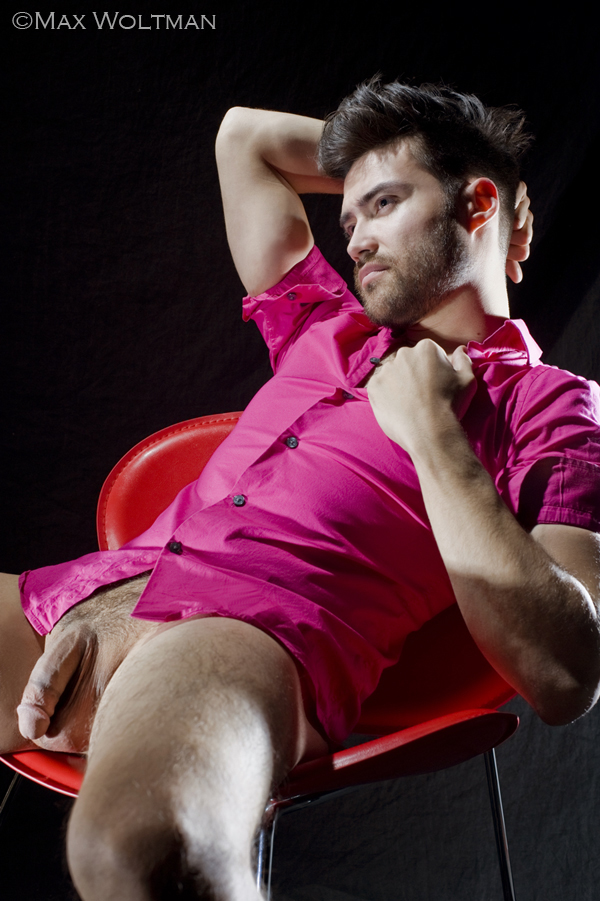