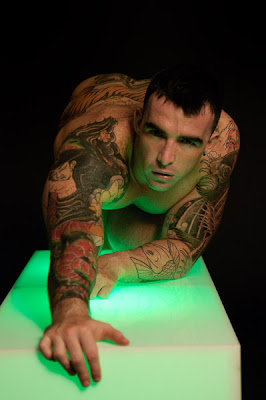 'No matter how close I am to people or love them, I sometimes find it quite hard to connect with them. I see some friends I really adore in so much pain that I’d like to take some of it from them.' 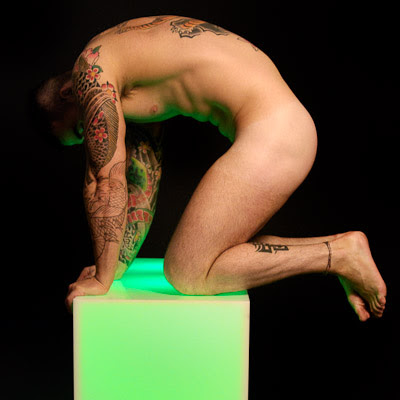 'Of course we all know how it works. Or, do we?

When I’m myself in pain, whether emotionally or physically, the people close to me try really hard to help but it’s always pointless to me. It’s good for my morale to know that there are people around caring about me but at the end of the day, that doesn't take the pain or worry away.'
Loneliness
by Pierre-Yves Monnerville 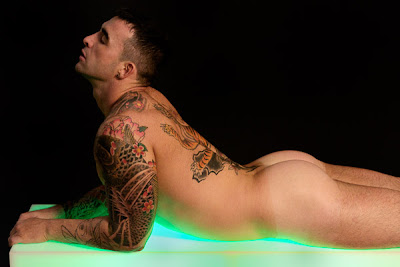 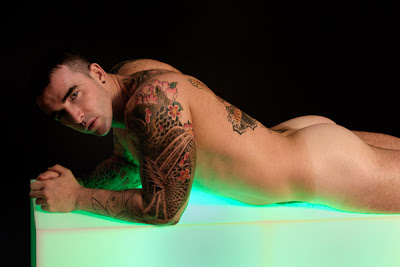 One of my favorite parts of artist Pierre-Yves Monnerville's website is a section titled diaries. With FH one of the things I strive to do is tell stories along with the work I showcase. The poem above, 'Loneliness' did not originally go with these incredible shots of Kane O'Farrell, but it was my favorite diary, and also fits with the Solitary feel I get from Pierre's work. 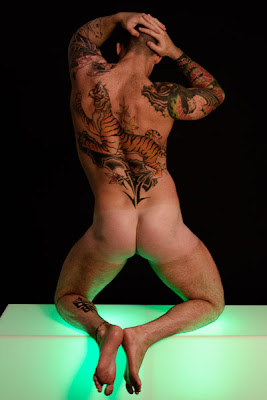 When I say Solitary I don't mean alone. Dating, relationships and sex are all apart of Pierre's work and his stories. Ultimately though, solitary means independence, inner strength and self reliance which are all a part of the power in the images. Pierre photographs strong, sexy, reflective solitary men. 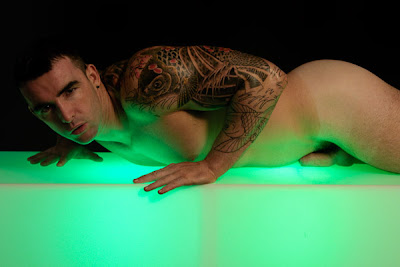 Pierre-Yves is from the French island of Martinique and now lives and works in Brighton England. His images, as well as his words, are an exploration of intimacy. Robert Mapplethorpe's 1988's Black Book, was a main inspiration for entering the world of photography. Pierre has showcased his work in several books including Diaries (which features Loneliness). You can find out more about his work, his books, and view more of his photography at his official site HERE: 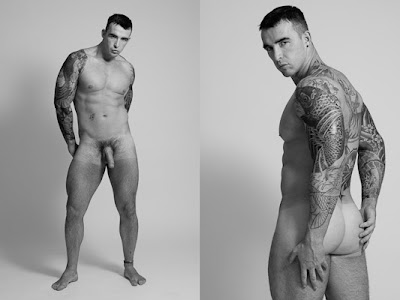 I am hit and miss on tattoo's. Sometimes I feel they take away from a model and a body. Sometimes, they add something unique and highly sensual. With Kane O'Farrell it is most certainly the latter. Kane's tattoo's are not so much on him, but more a part of him. Pierre's shots of Kane were some of my favorite in his portfolio, and I especially loved the shots of Kane on the floor (seen below). 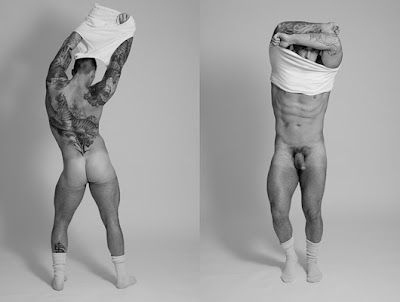 'The inspiration for the photos with Kane was old physique magazines of the 70s. I'm a big fan of Colt magazine and we started from some of the very first drawings of Rip Colt. I also like including light elements in my photos so I hired this LED seat usually used in clubs to see what we could do with it.'
-Pierre-Yves Monnerville- 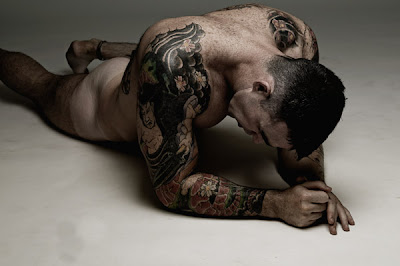 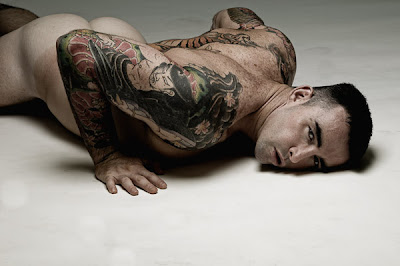 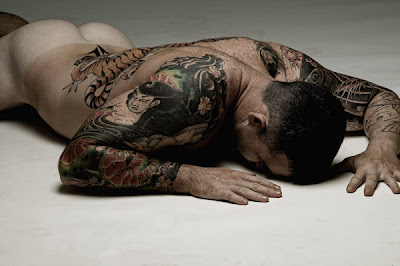 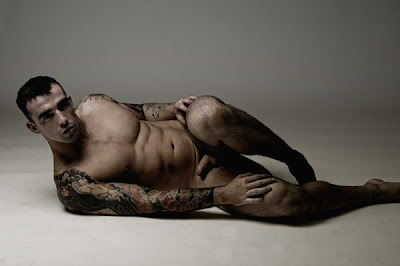