Favorite Pic of the Day for March 2nd 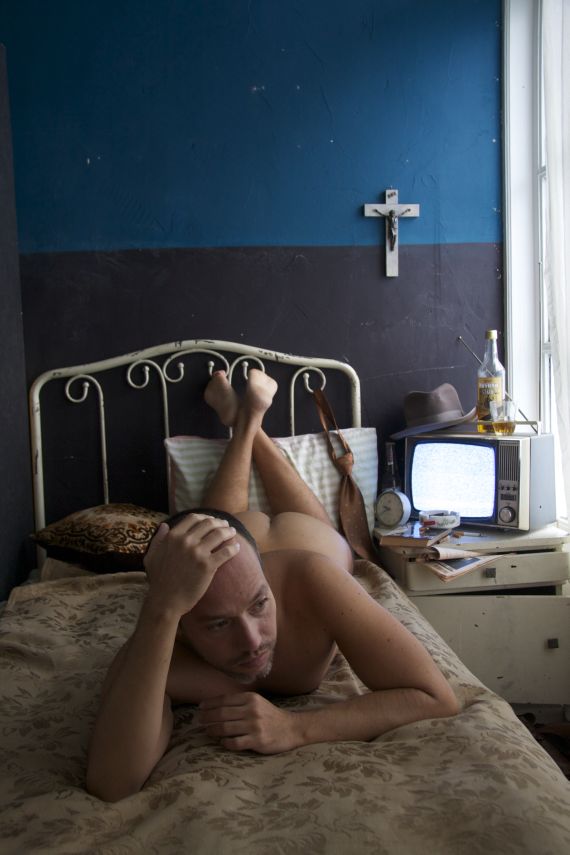 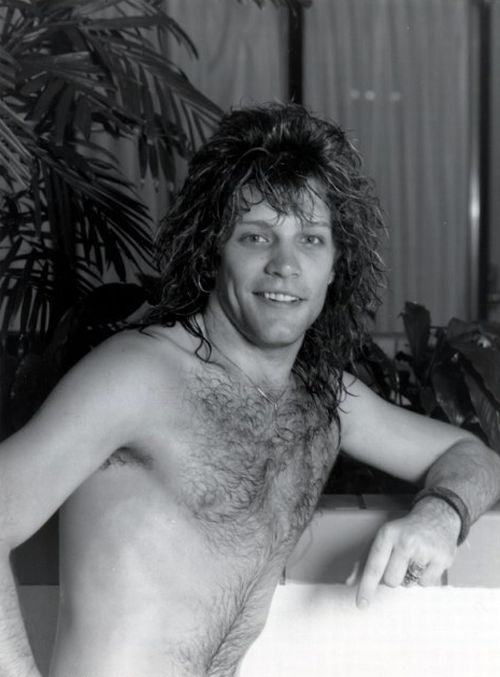 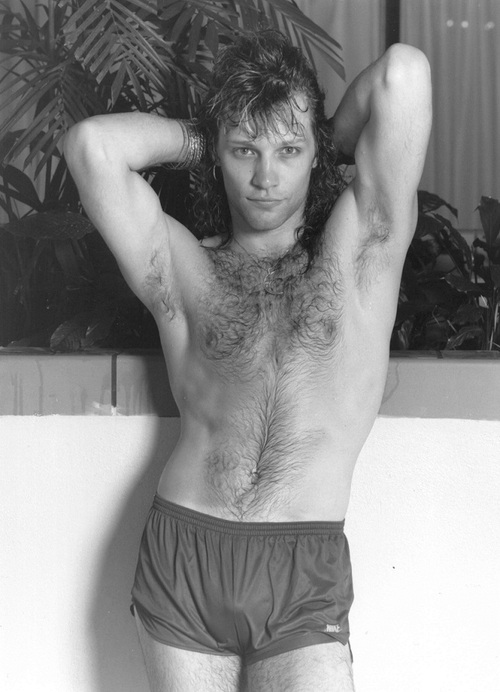 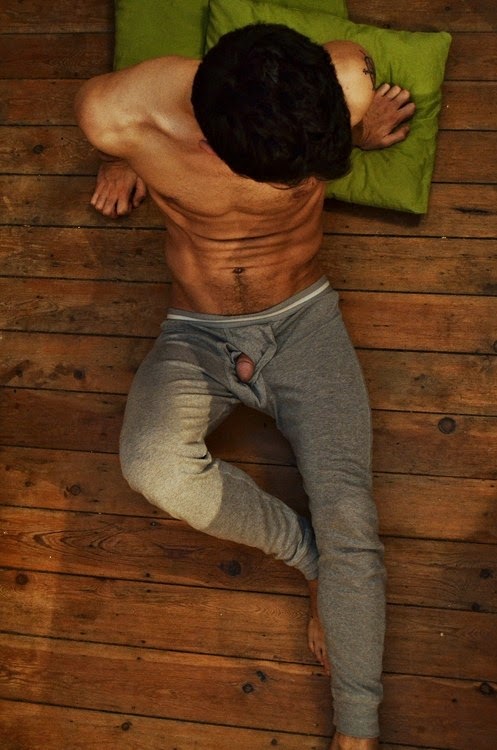 'We've had a ton of feedback, in particular about the introduction of a retroactive change (some people have had accounts for 10+ years), but also about the negative impact on individuals who post sexually explicit content to express their identities.'

FH is more than a series of images, many of which are not necessarily adult or sexual. FH is for me, a creative expression of what you not only see, but what you read, and hopefully what you sometimes feel. I never thought of it as part of my identity, but given the time and passion I have put into FH over the last eight plus years, I cannot deny it's effect. I am relieved my expressions, and your response to them, may continue.
at March 01, 2015 5 comments: 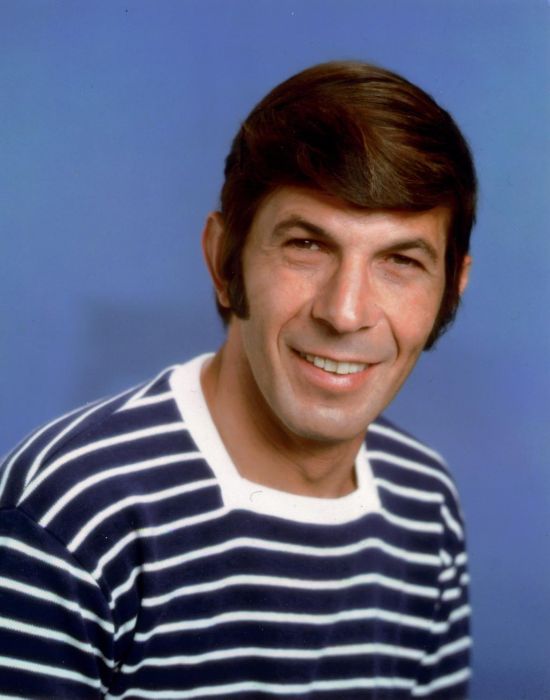 It is interesting how some actors have an impact on you and you don't even realize it. I think many had the same thought with the passing of Leonard Nimoy this week. I wasn't a Trekkie, I have only seen a handful of episodes and a couple of the movies but yet he had an effect on me. Star Trek and Nimoy have been apart of my concious even without really my realizing it. 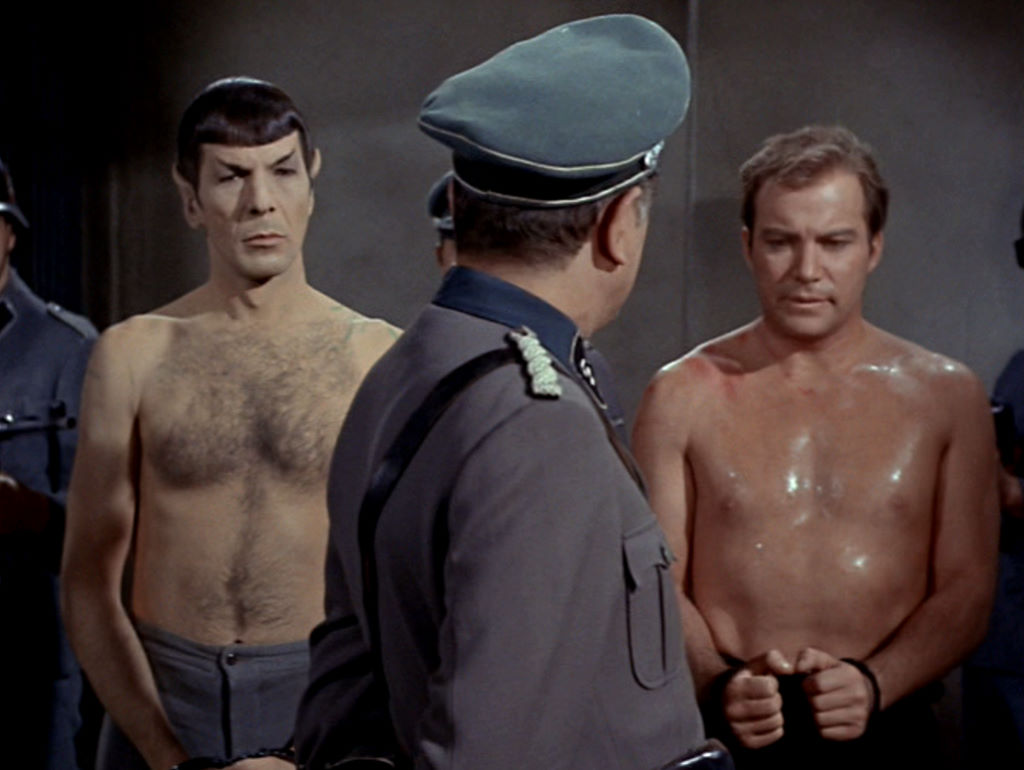 Nimoy had a humanity, it was distinct and truly rare in a celebrity. Maybe it was the beautiful innocence and non-judgemental traits of Spock, maybe it was how polar opposite he was from the 'out there' William Shatner. Could be his work as an artist, or the lovely way he spoke in interviews. R.I.P Mr. Nimoy

Nimoy's only nude scene in the western Catlow (1971) 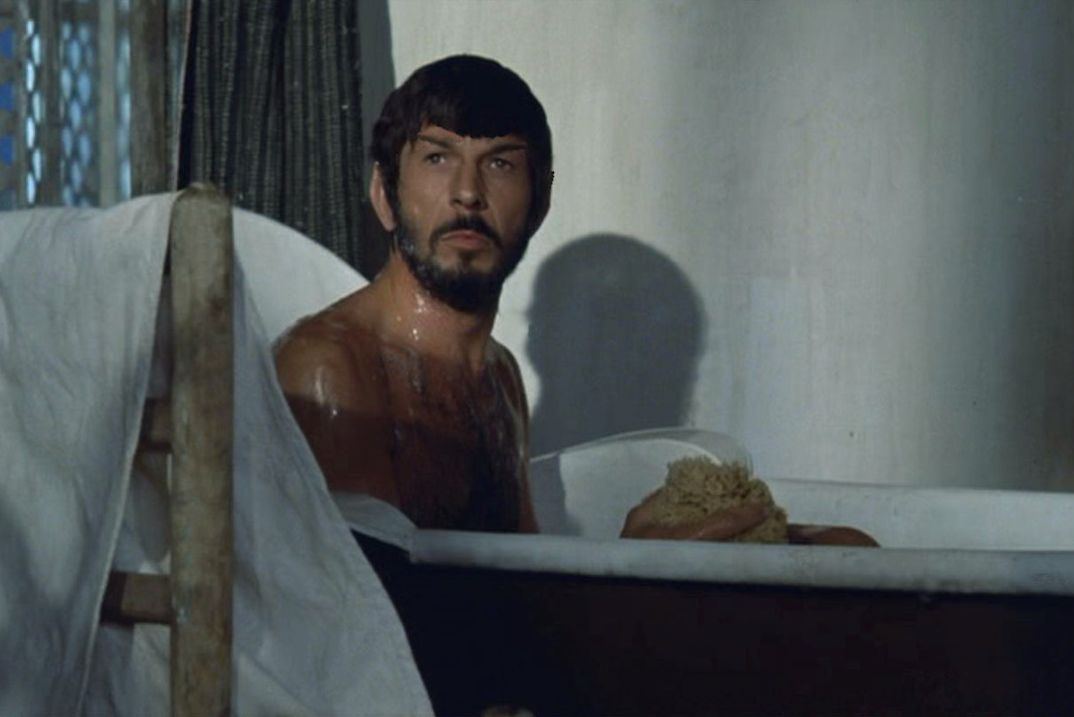 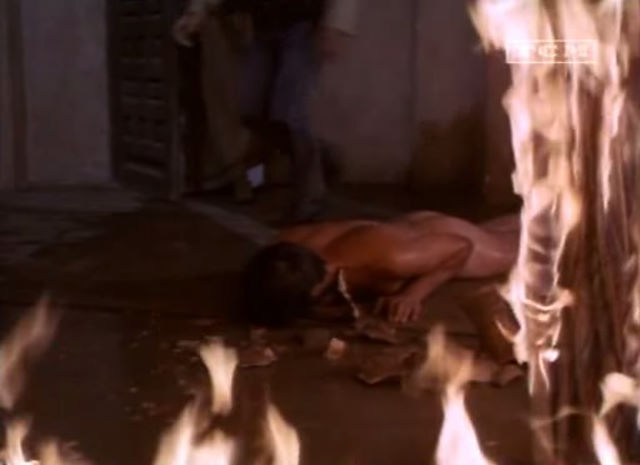 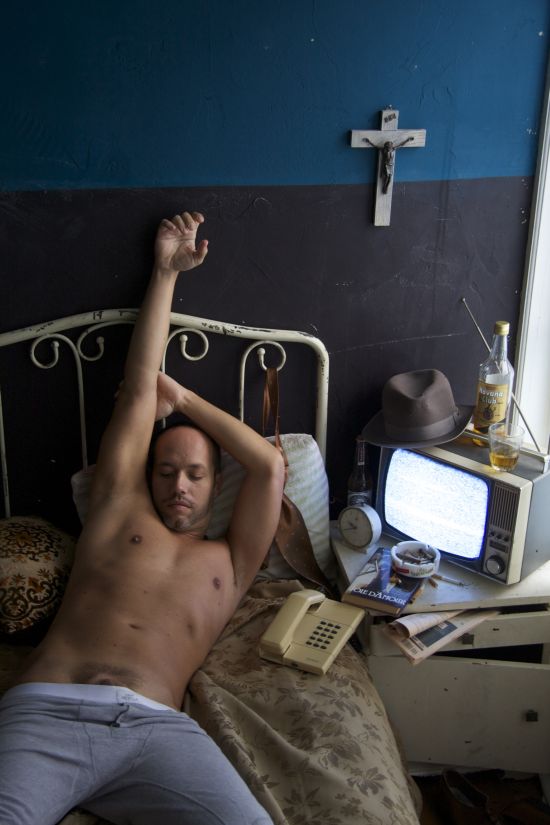 Nothing says retro like 12 inches, especially if the 12 inches are describing a television screen. Back when I was about 13 or 14, the first, and only television I could afford for my bedroom was a 12 inch. I remember we had one in the kitchen, mostly so my mother could watch Another World as she cooked supper. I would sneak it into my room at night, but it always pissed my mother off when she got up the next morning. Eventually, I bought my own. 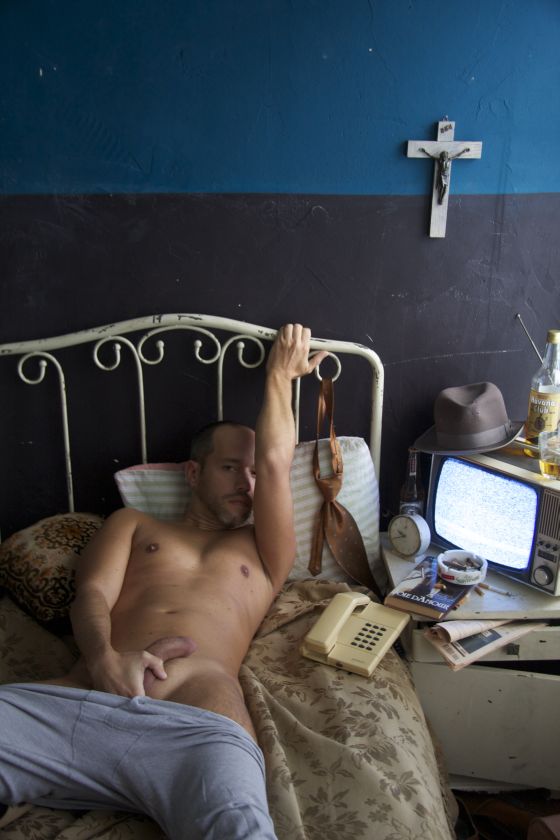 I love how Wim de Roo kept the tv set clearly visible in each image from this series, it is almost as if the television screen becomes the voyeuristic set of yes eyes that allow us to peek in on model Robbie Franco in his motel room. As always, Wim sets just the right mood with his lighting and his visuals. With the ashtray, the old push button phone, the alarm clock, metal bed and head board and the crucifix Wim sets the time many decades ago. 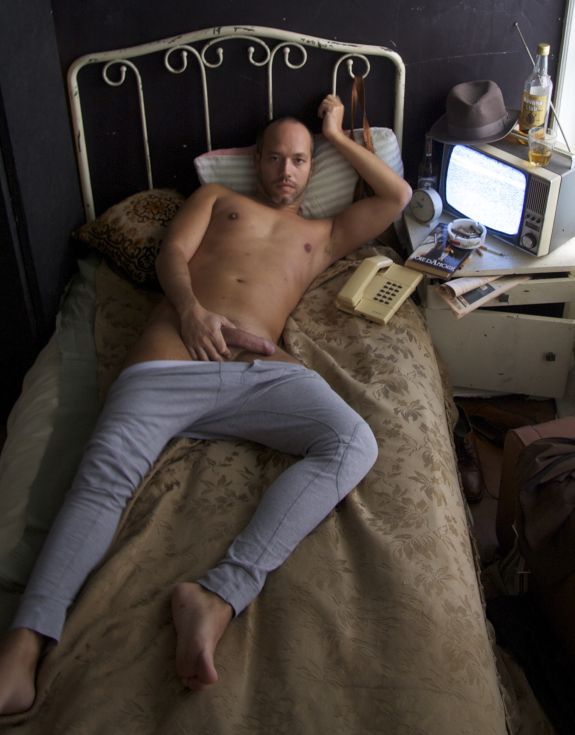 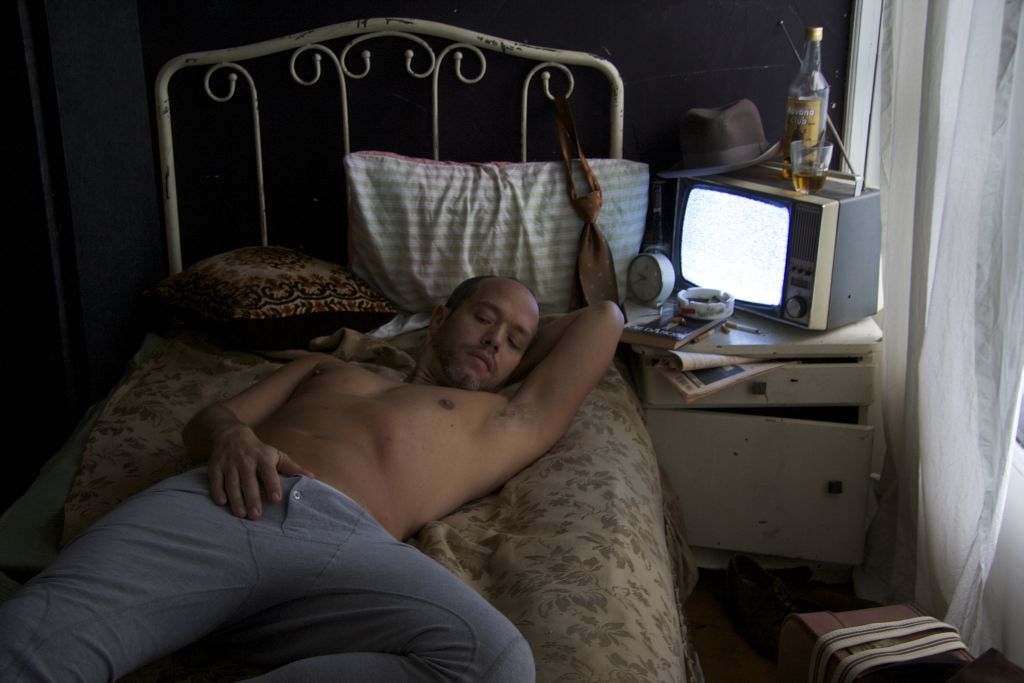 Wim de Roo can set a scene, and Barcelona based model Robbie Franco knows how to make the most of it. I have featured Robbie's work before on FH and he always seems to find the right note to match, and blend in with the theme and vision of the photographers he works with. Five years into modeling, Robbie is happy with his accomplishments and the relationships he has forged with the photographers he has worked with, this is second shoot with Wim de Roo. 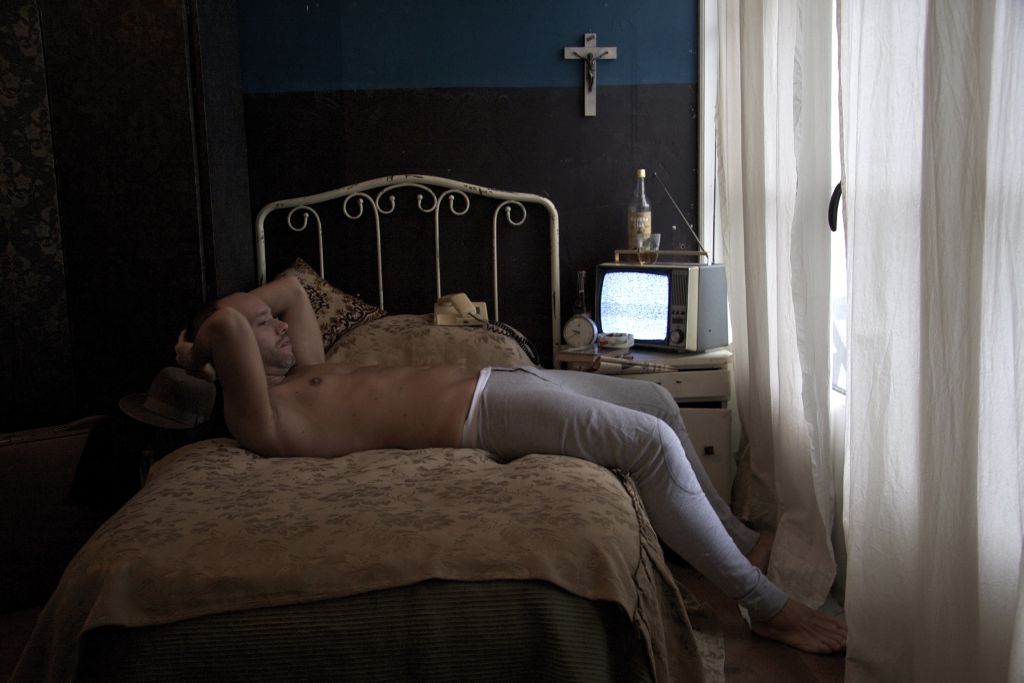 Although now living in Spain, Robbie is thinking of moving back to London where he shot with photographers Graham Martin, Haringman +, Andrew Bowman, Fabrice Rizzato, Leigh Carter, Neuf Neuf, Karl Royce and Gary Holmes. In addition to the upcoming shoots he has set up, Robbie hopes to come over to The US and Canada and meet and shoot with artists he as admired from afar. 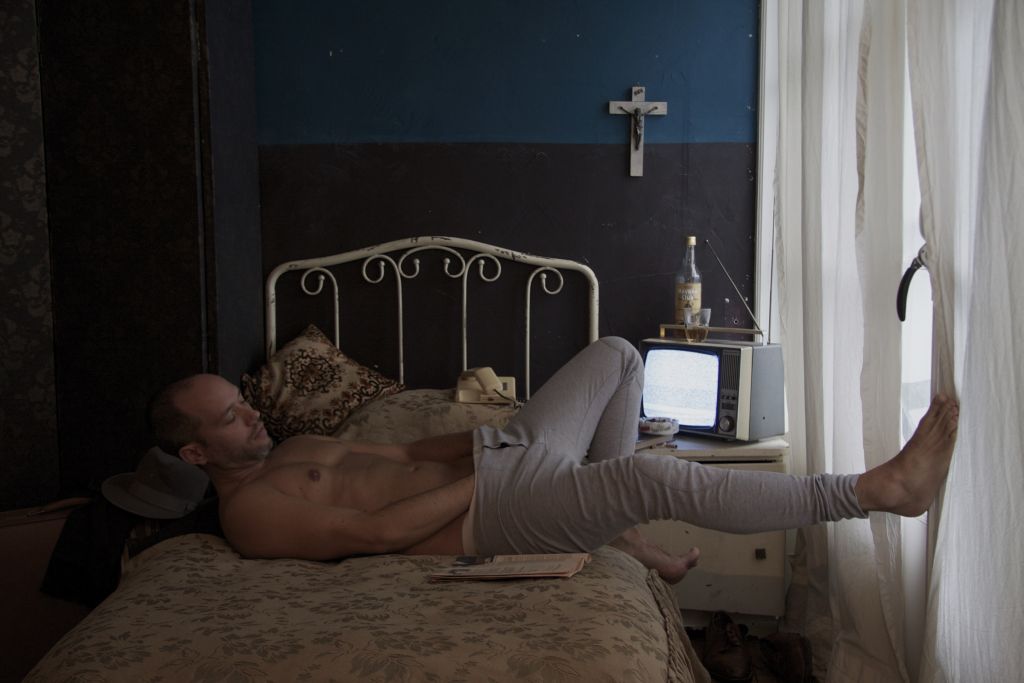 'Wim De Roo is a retro/vintage inspired photographer from Rotterdam and to me, he is a great photographer with a big imagination. He has a big studio in the center of Rotterdam with different settings ( like small film sets) For me was a different way of working, normally I use to pose and that's all , but Wim like to tell a story.' 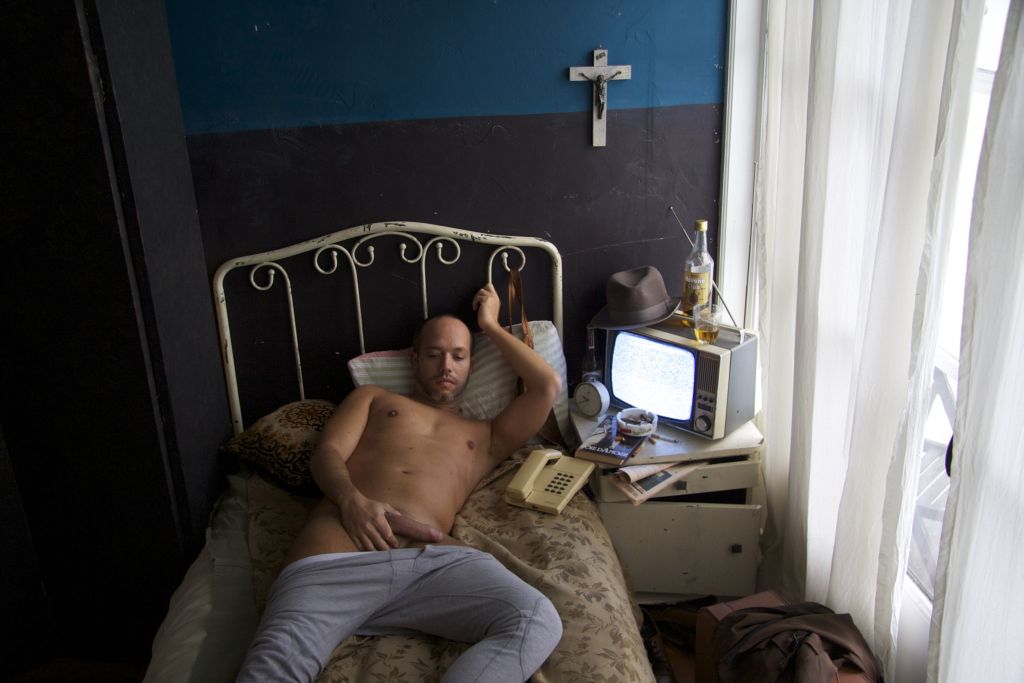 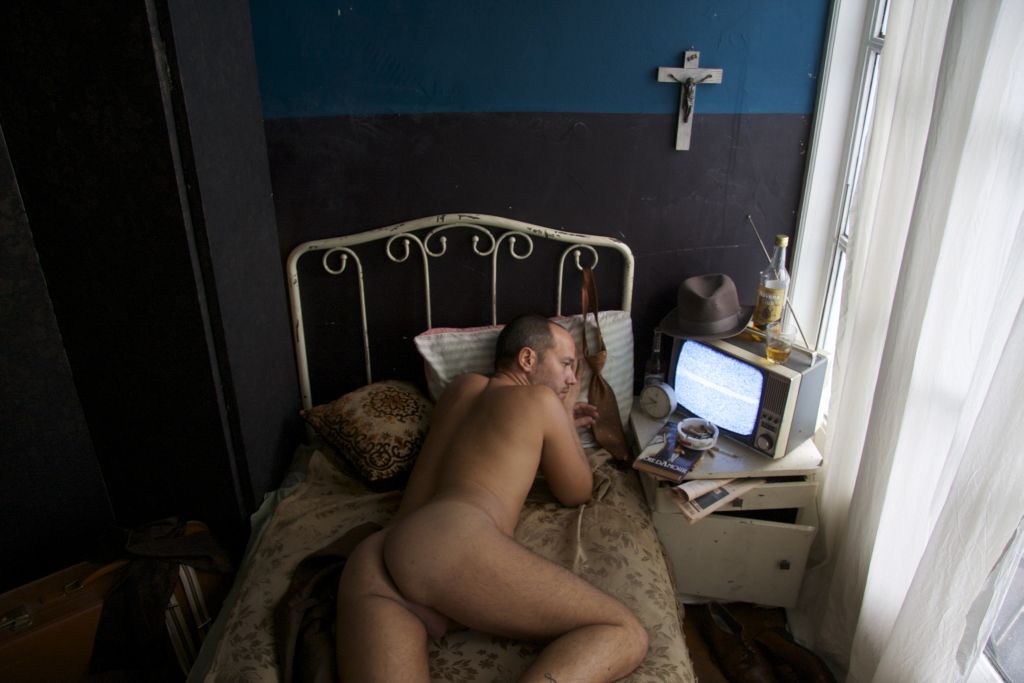 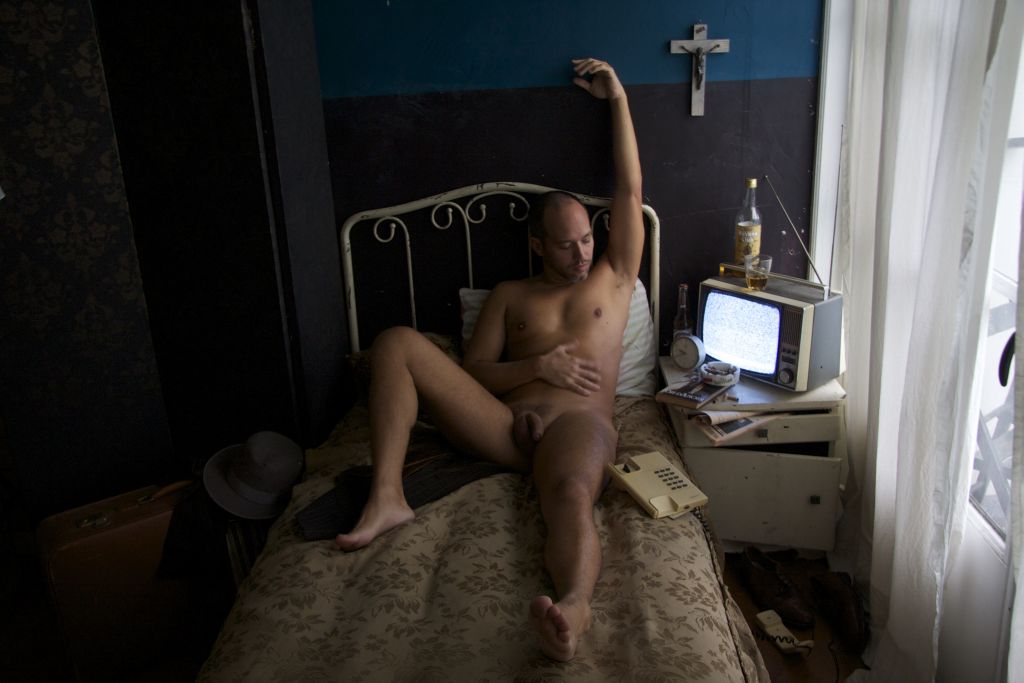 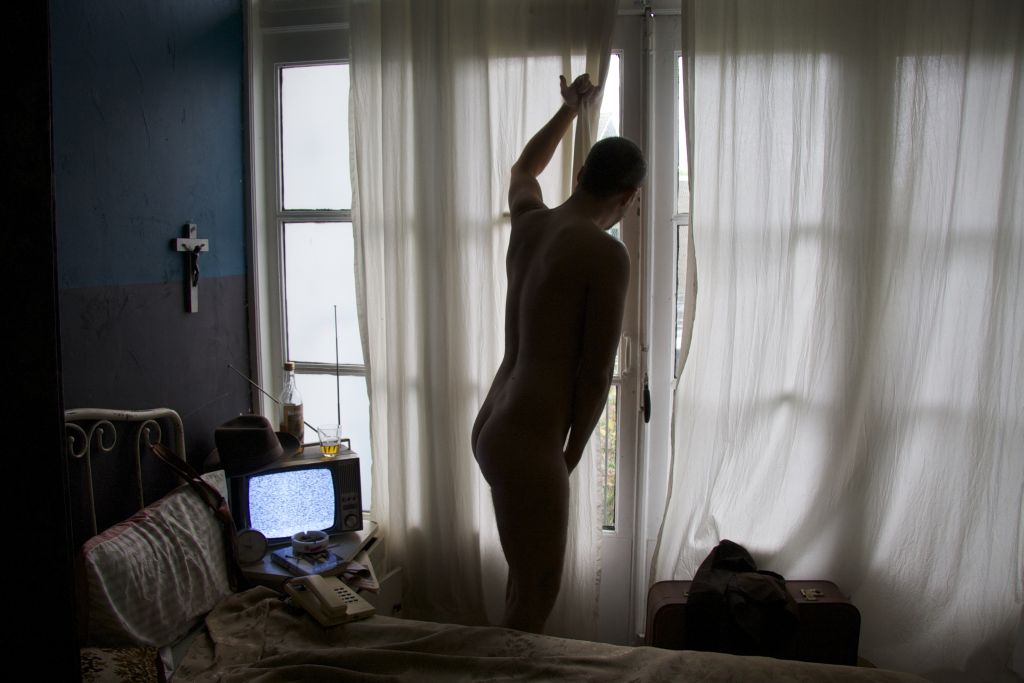