Favorite Pic of the Day for March 23rd 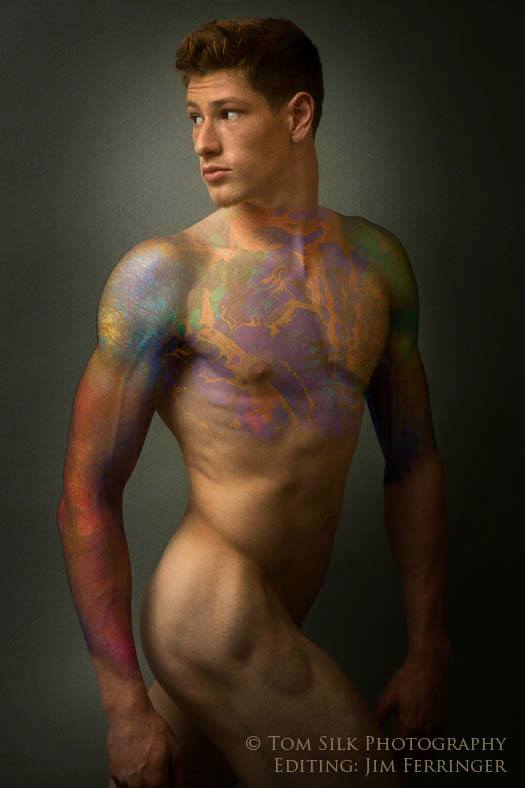 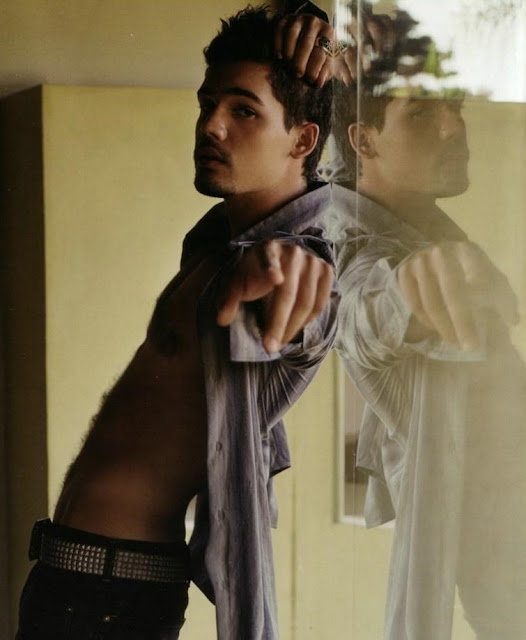 In His Hands: Henry Cavill by Valley Of The Dolls 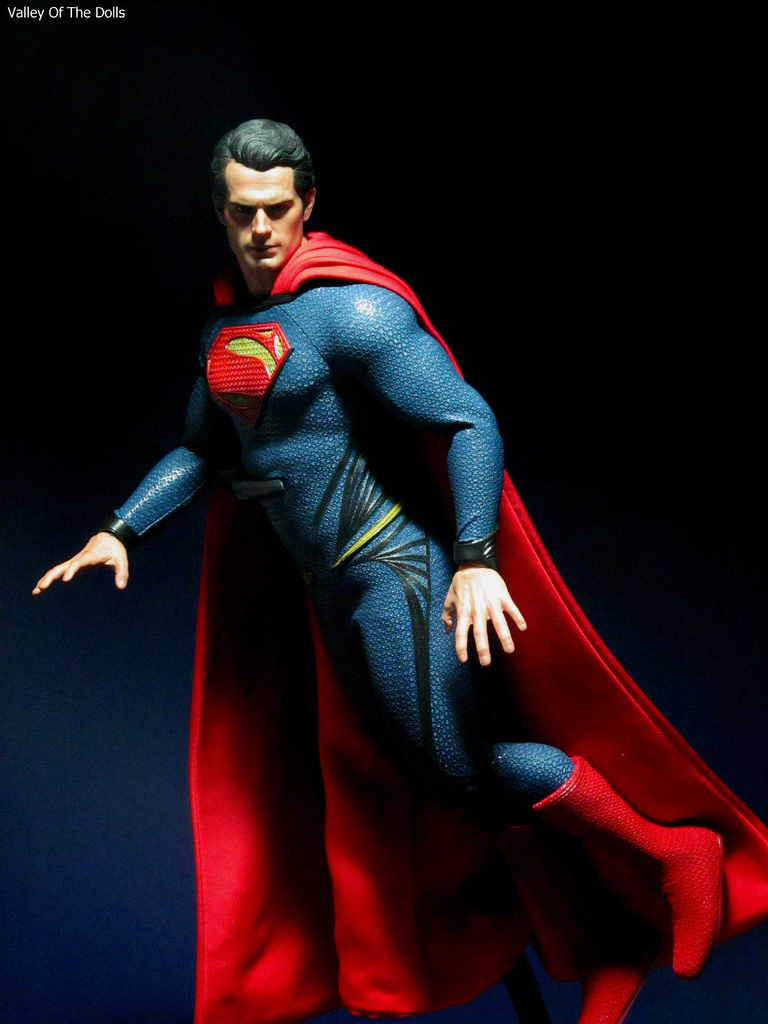 It is the job of a good artist to bring out the best in their subjects. In the hands of a passionate photographer, their skill, great lighting, makeup and fashion and of course post are all used to accomplish this goal. For Valley Of The Dolls, the tools to bring out the best in his subjects also include; paint, varnish, putty and clay and a sculpting tool. 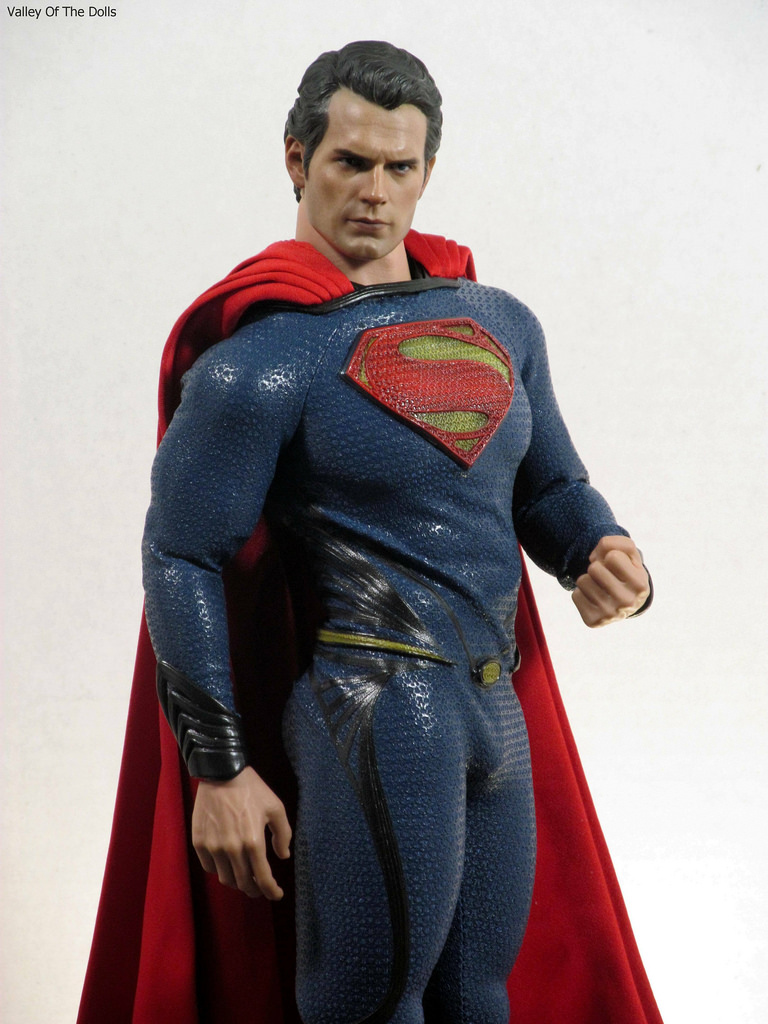 I have covered Henry Cavill and his body of work several times over the years. Even before being cast as The Man Of Steel, Cavill had a classic, almost iconic look that seem destined to be captured on the big screen. If you purchased Cavill's Superman action figure you own a doll that came dressed as he looks in the two images above. In Superman's classic blue and red suit, ready for action! 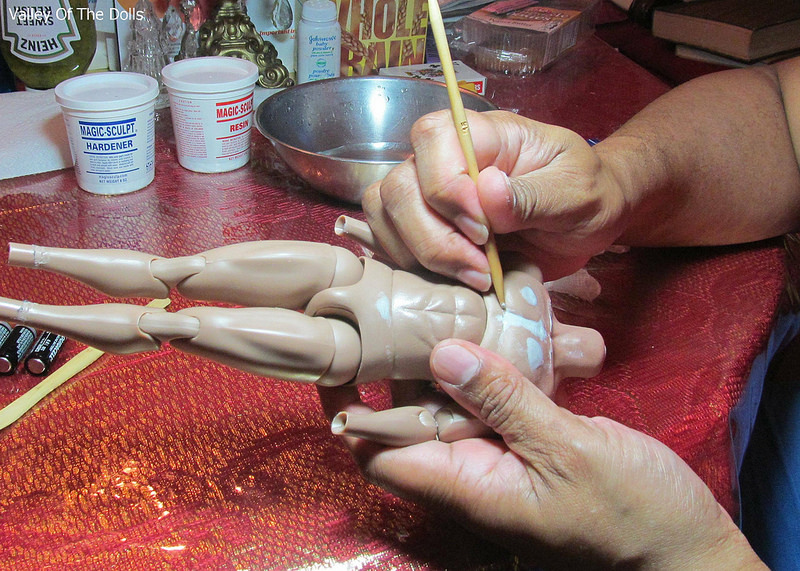 Although I have seen many images of Cavill over the years, I am not sure he has ever looked as hot as he does in plastic, captured by Phil from Valley Of The Dolls. Phil's process to transform action figure to model is a time consuming and tedious one, (which you can see HERE:) but as the images below show, it is well worth it for the final effect! 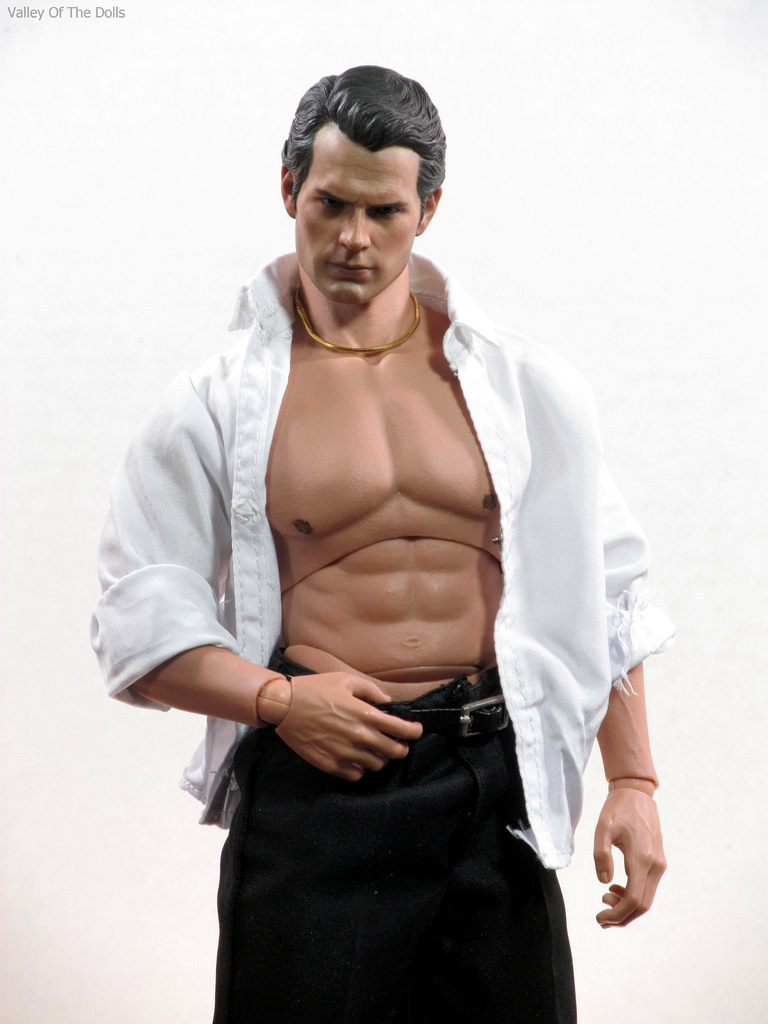 'I started this as a hobby a few years ago and it has quickly evolved and taken on a life of its own. I am not a professional photographer or artist but there seems to be some level of appeal to my little creations.'

Valley Of The Dolls 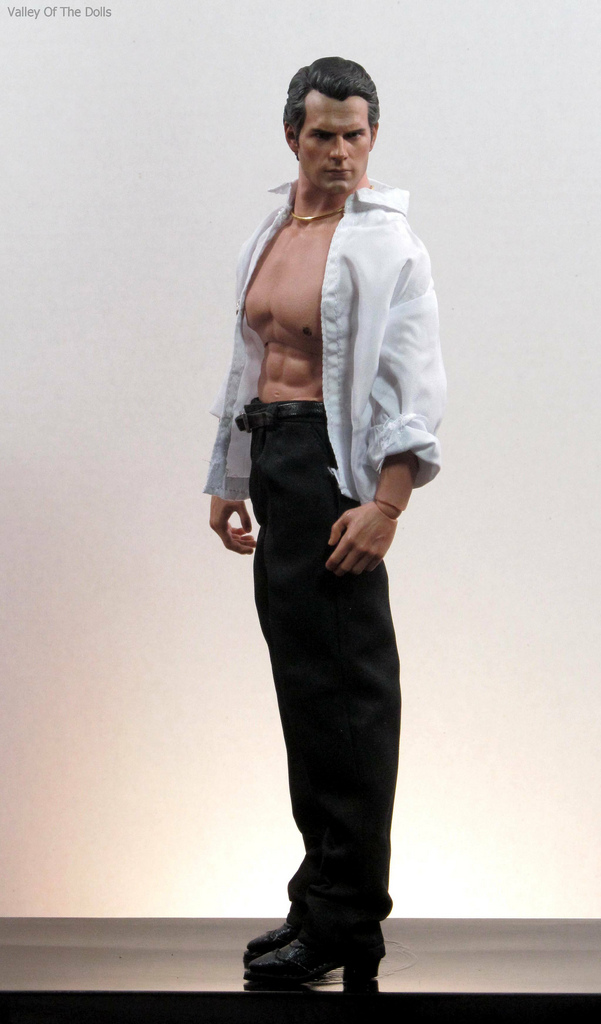 The appeal Phil mention is both powerful and instant. Through his preparation, staging and photography the viewer is visually mesmerized by both what they are seeing, and equally by what they are not. Male dolls have traditionally been created as eunuchs, safe, castrated men to accompany Barbie on her trips to the beach or the prom. The antithesis to Ken of course is Tom Of Finland, a man always at full alert with his one and only goal to have sex, ferociously and constantly. 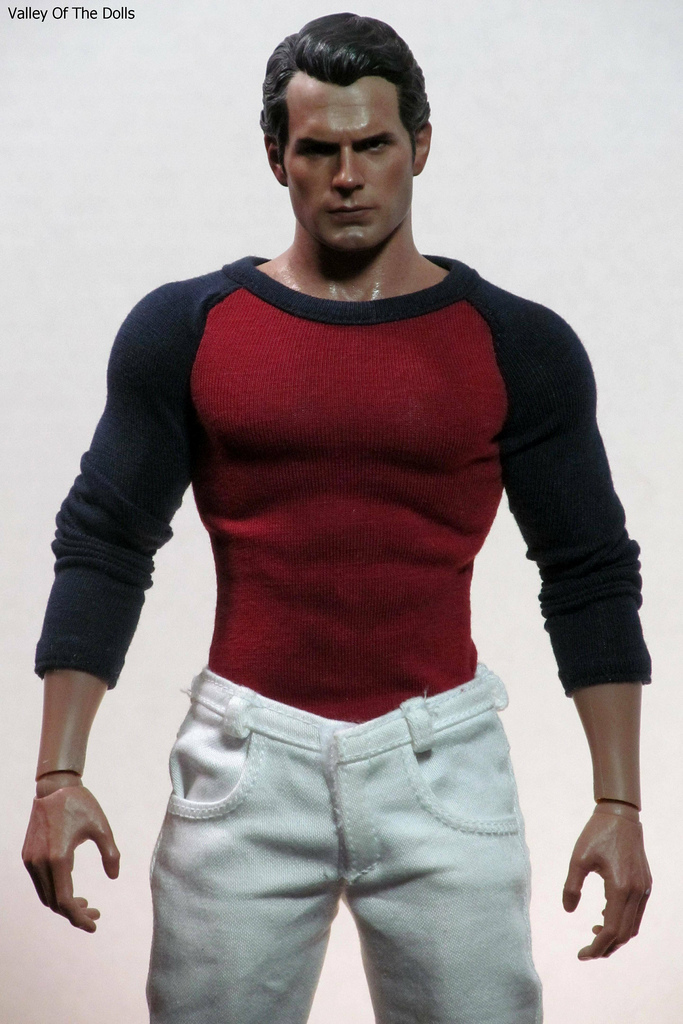 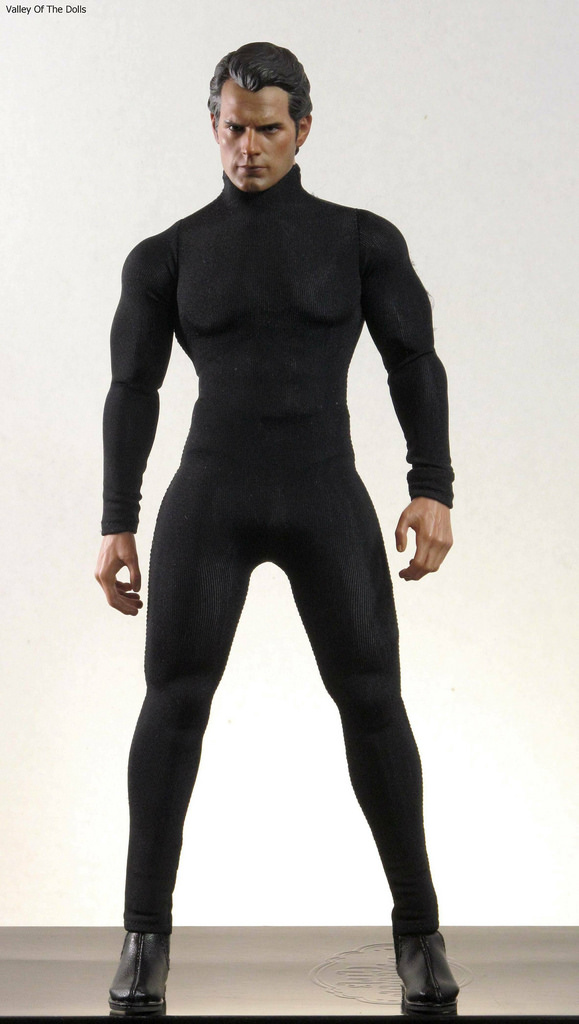 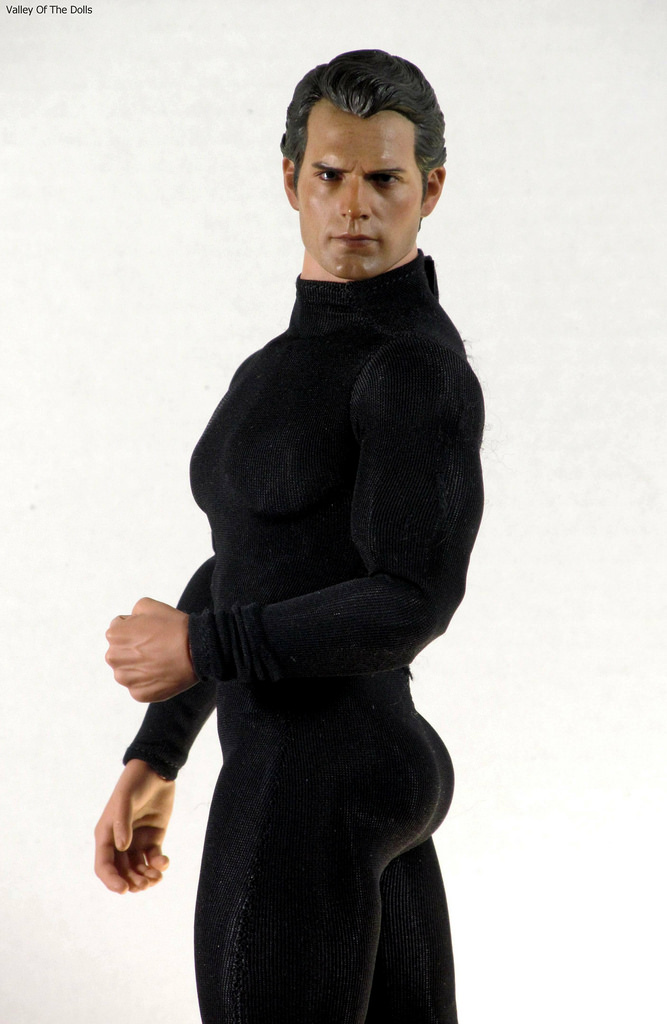 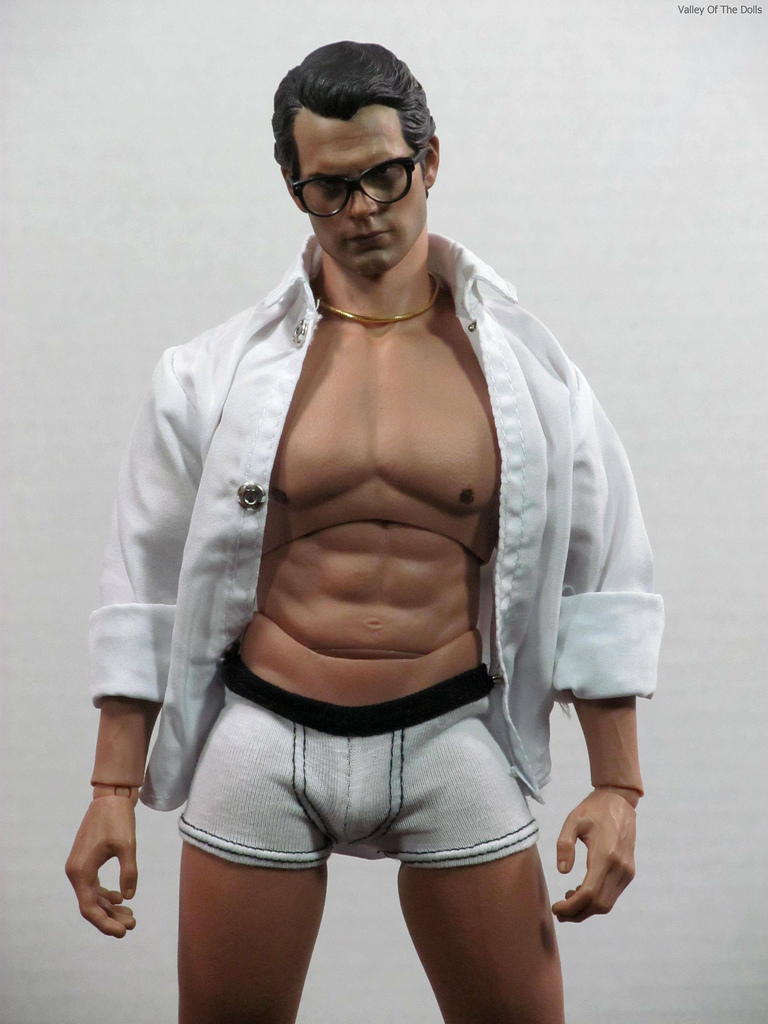 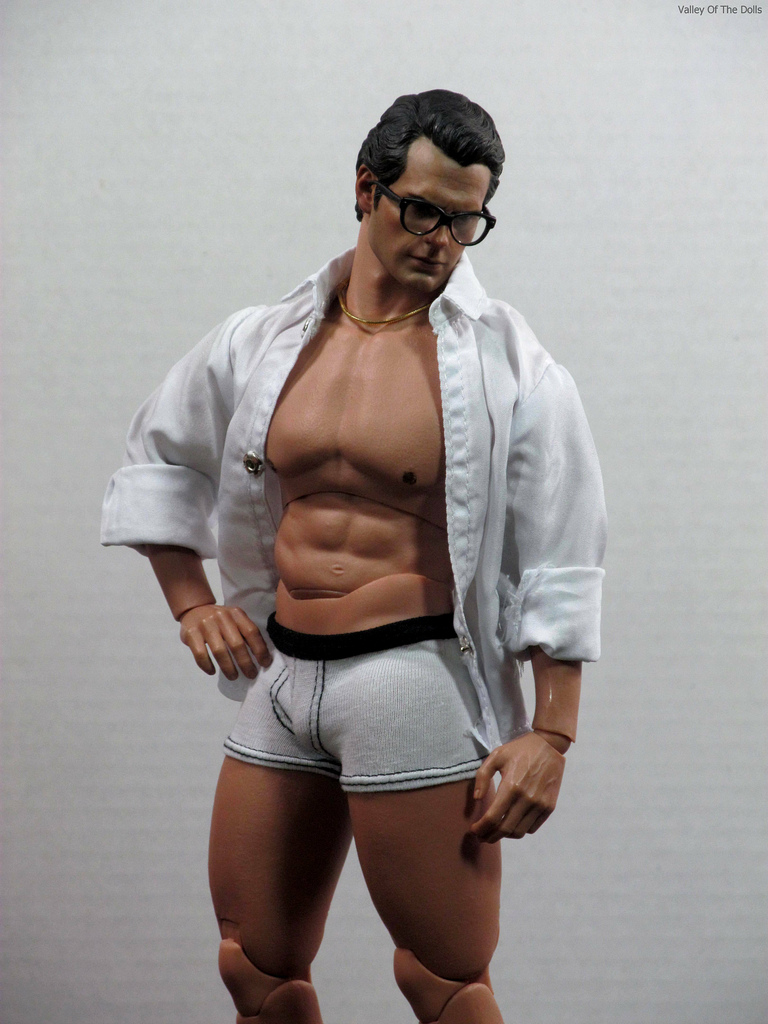 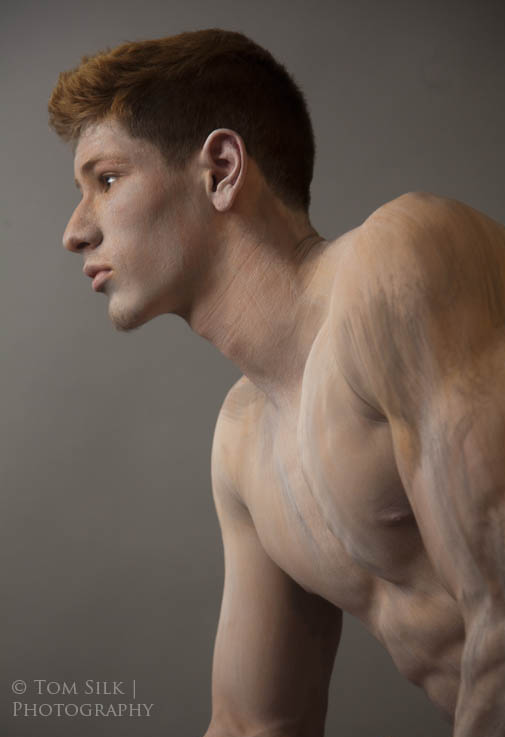 'Blondes are noticed but redheads are never forgotten.' 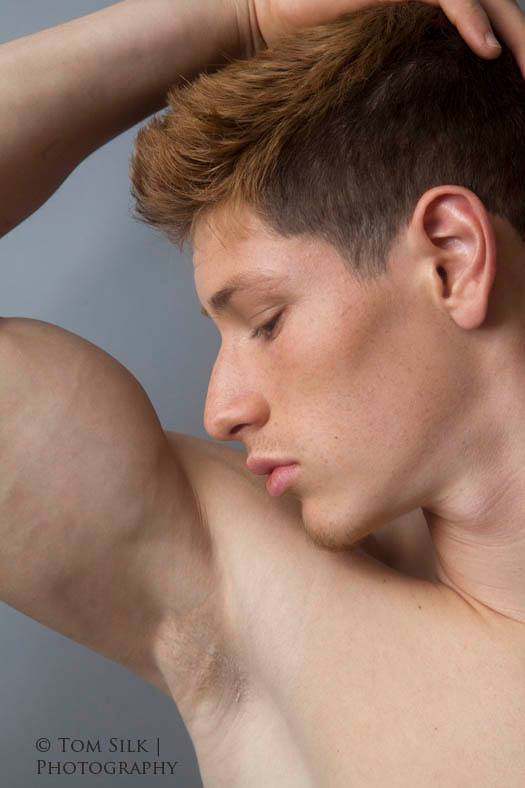 There is a reason our years as a teenager have such an impact on our lives and our souls. So much of what plays out in our adulthood stems back to those transitional years between the innocence of childhood, the sexual awakening of puberty, and onslaught of becoming an young adult. Experiences during this time affect how we act, and react for decades to to come. When I think about it, almost every view I have, passion I hold and struggle I cope with, can be directly tied to a moment when I was a teenager. 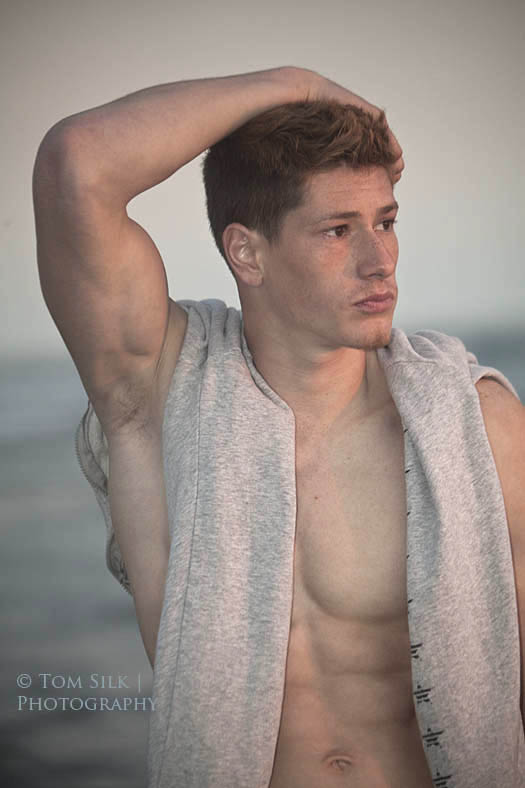 My own teenage years spanned from the late eighties through the mid nineties. If you were not straight, it could be a risky and dangerous time to explore your sexuality. The risk was not about physical harm, it was emotional more about social ostracization and being totally alone. Today, we celebrate differences, then, it felt like the worst thing in the world you could be, was yourself. Straight guys could check out girls opening, and with rousing peer support. We, had to be more careful. 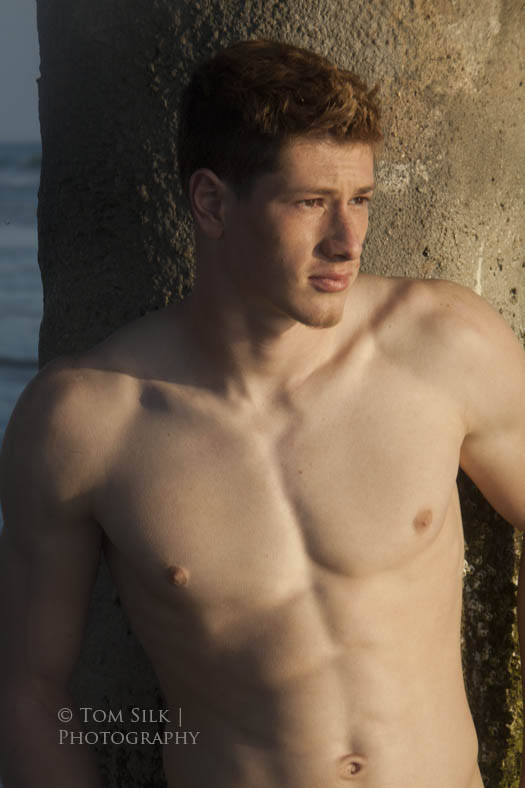 In the neighbourhood I grew up in, there were lots of kids my age. Around the corner from my house was a cul-de-sac. At the end was a bike path that took you to the lake. That path became my reason (excuse) to cruise through the cul-de-sac on my bike. There was a large family who lived at the entrance the circle. There were about seven brothers and two sisters who made up the clan. Because of their size, the cul-de-sac became their playground, bike riding, street hockey and basketball were staples in the paved circle. Colin was the one of the middle sons, just a couple of years older than I. Colin was the one redhead among his otherwise mostly blonde and light brown sibling group. He is also the only one of the nine kids that I actually really remember. 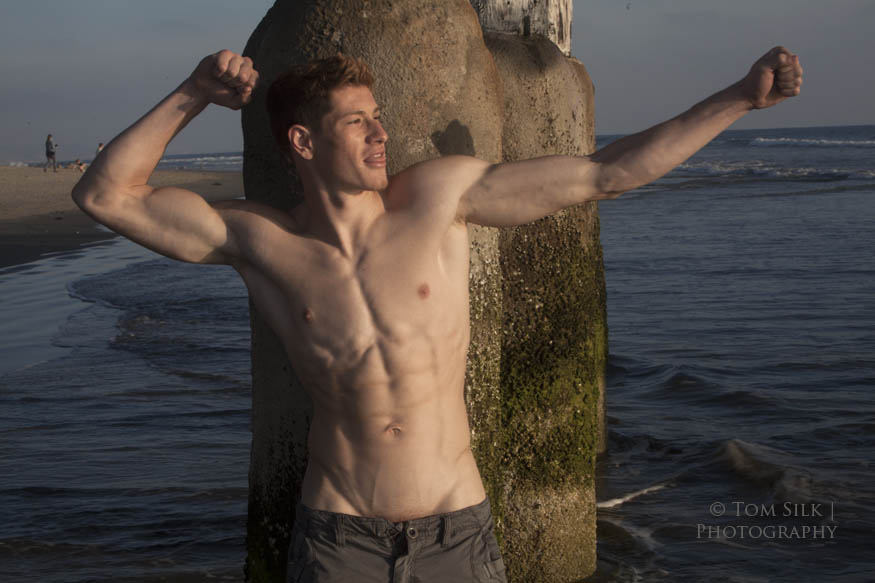 Colin was straight, but accepting of everyone, friendly, and usually with a smile on his face. We were not friends but he always waved and said hello. If there was a game going on, he was playing and thankfully for me, usually shirtless. I found tons of reasons to drive through the path to the lake when Colin was outside. I was captivated by his pale skin, skinny legs and the way his skin color and coloring sparkled in the summer sun. His freckles dove me crazy and his nipples, set against his white chest was my favorite place to 'sneak glance' as I whizzed by on my mountain bike. 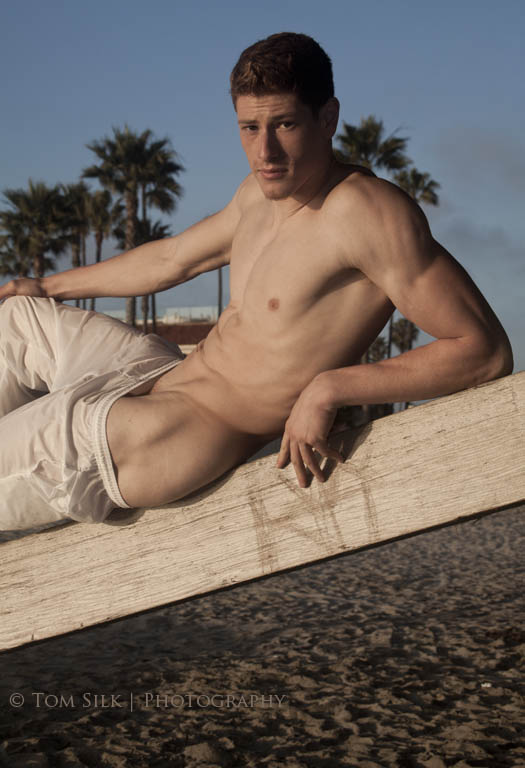 There were of course other guys who peaked my sexual awakening, but I think Colin is one of the most memorable. I think Colin is solely responsible for my continued love of redheads, one I have explored many times on FH, including my 2010 post, Seeing Red. When I find a great shots of a good looking model, I get excited to put together a feature to share on the blog. When I find great shots of good looking redhead model, it becomes something special, something that takes me back to the cul-de-sac. 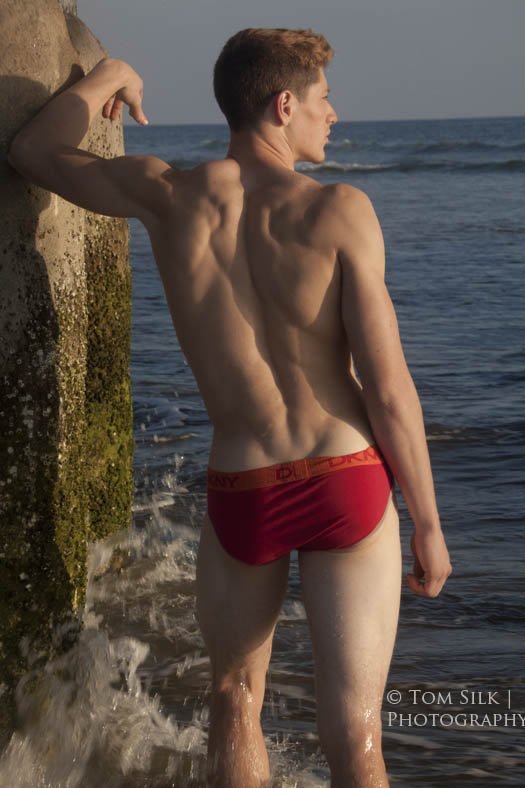 'Models like Liam just don't come along every day! Try once every ten years.'
Tom Silk 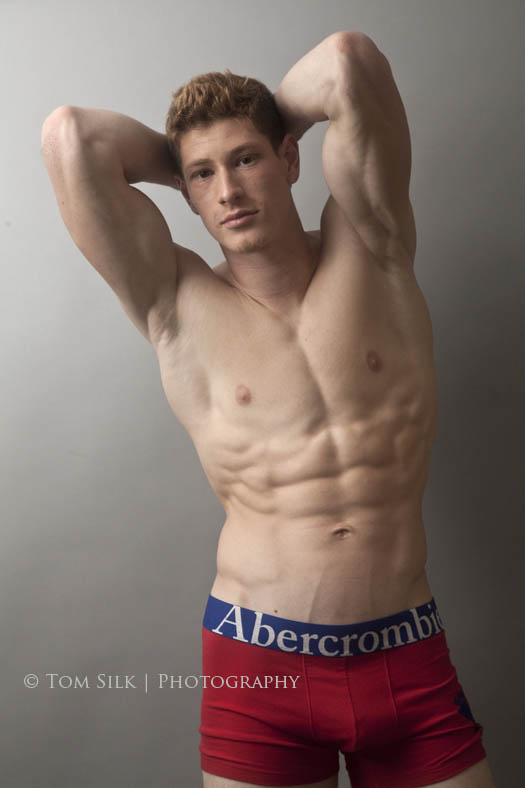 When I was profiling photographer Tom Silk's work with Sean this past February, (Living The Life) he was in the process of shooting, and sharing his work with Liam. Liam is pretty much the spitting image of a slightly older Colin including his hairstyle, nose, lips and grin. Tom's images of Liam transported me beautifully back to those spring and summer days on my bike. Liam's personality so strongly comes across in Tom's images, in particular with his facial expressions, especially in one of my favorite images below. Liam didn't always think of himself as good looking but over time has come to appreciate his looks, He remains humble however, but has gained confidence in himself and more self assurance when it comes to looking for the right woman. I am not sure if all lovers of the red and russet have a Colin in their past, but we can all hope for a little Liam in our future. 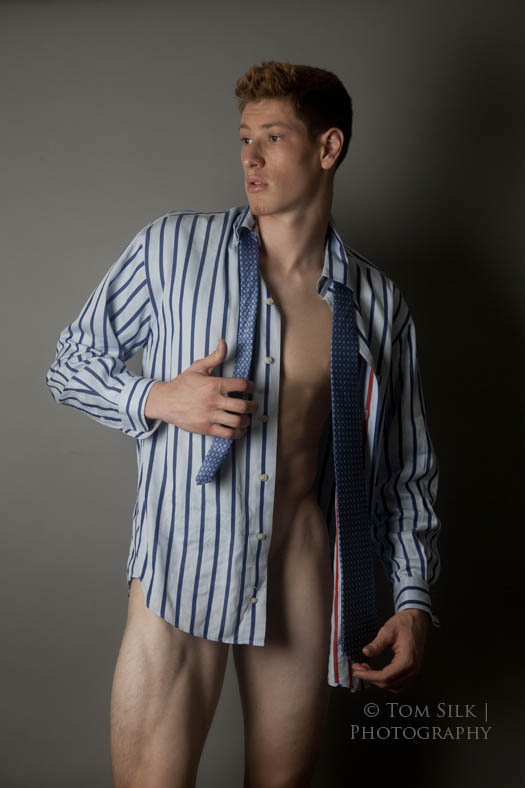 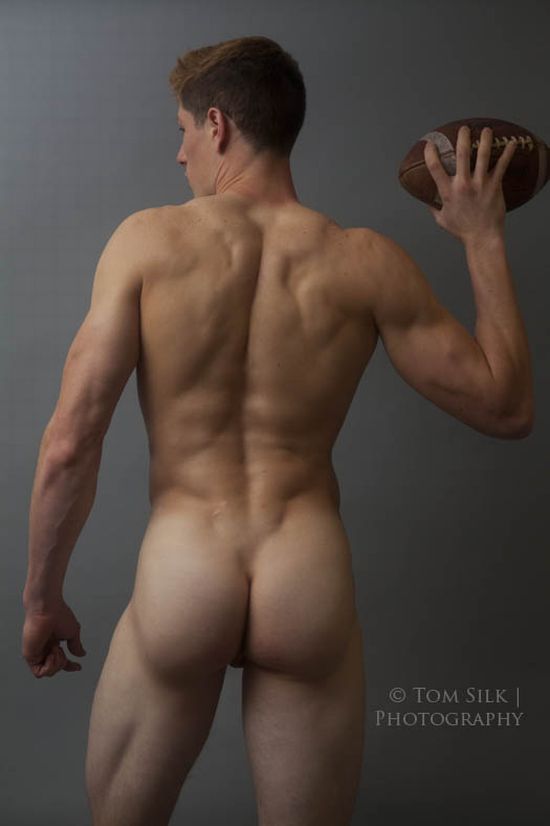 Favorite Video Of The Day 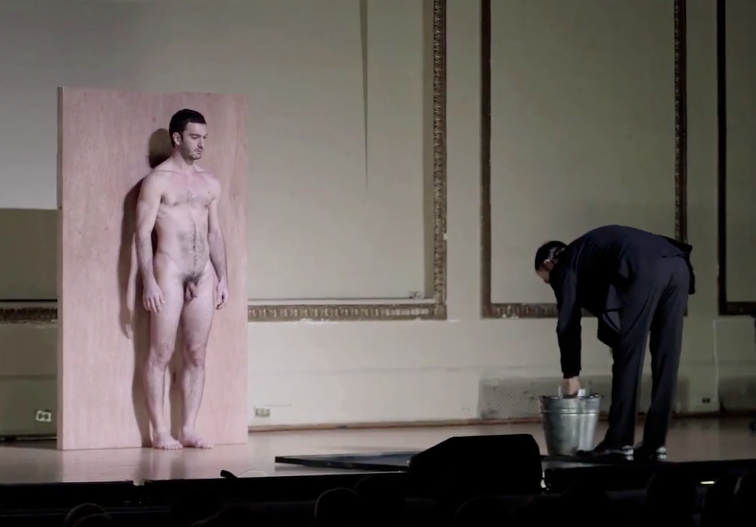 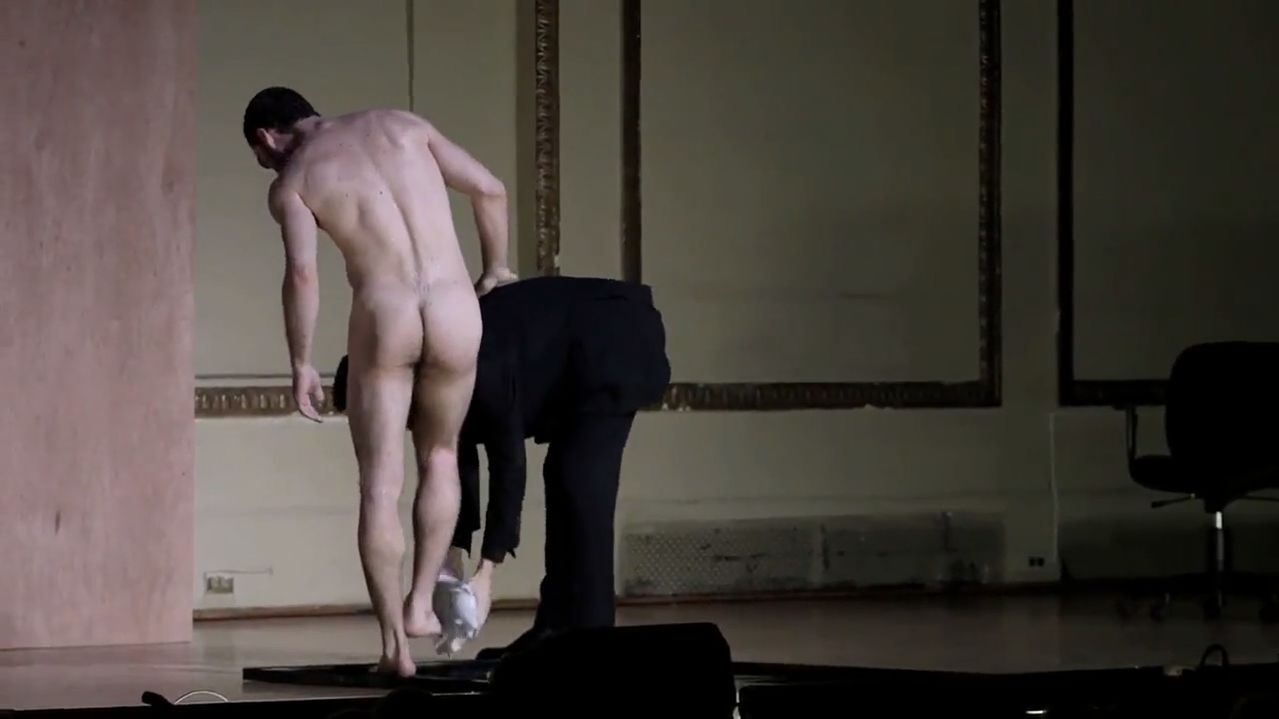 If you haven't yet seen, check it out, incredible visual performance piece. Primal Matter begins at about the 1.13 mark
PEN Cavafy Tribute (2013) from Dimitris Papaioannou on Vimeo. 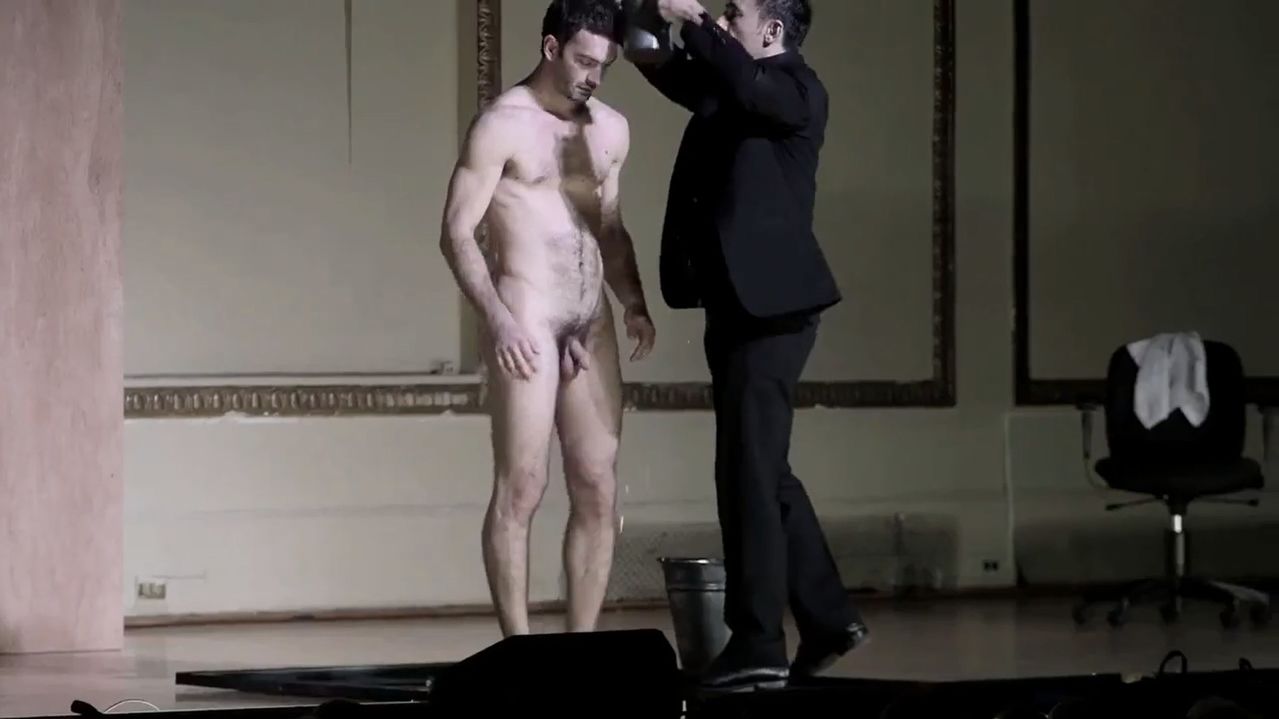