Favorite Pic of the Day for July 19th 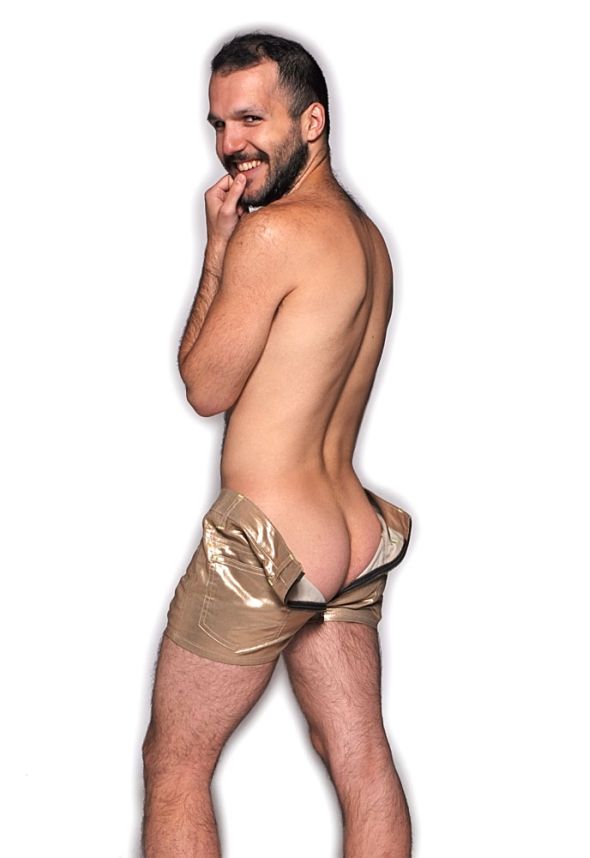 Above:
SILV Modeling by YogaBear Studio
-See More Below-
at July 18, 2016 No comments: 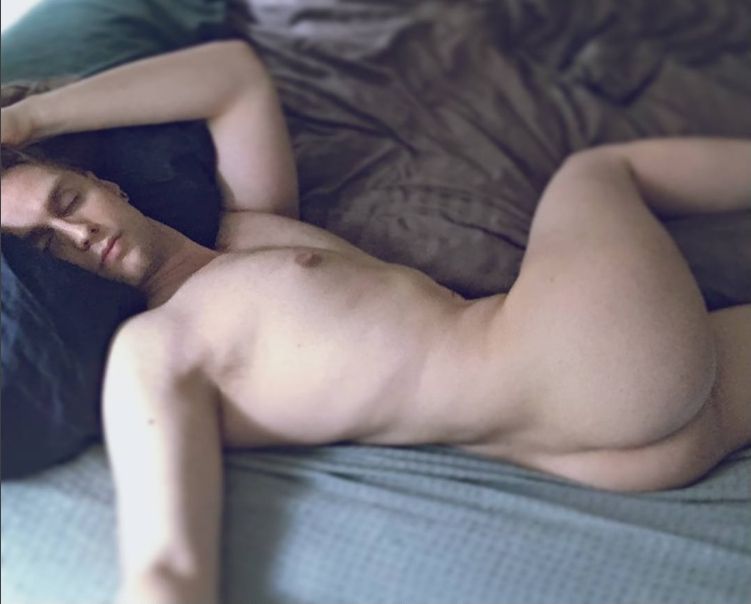 After a short hibernation, The Bad Wolf  has thankfully resurfaced!
at July 18, 2016 No comments: 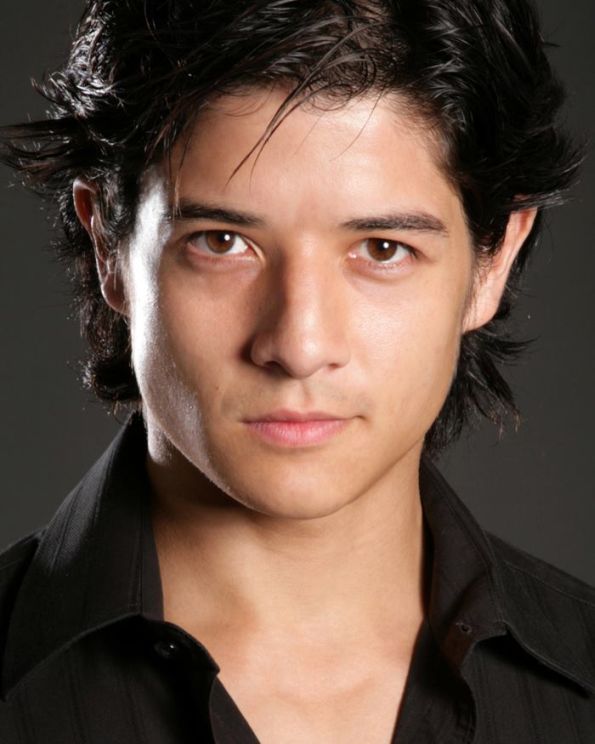 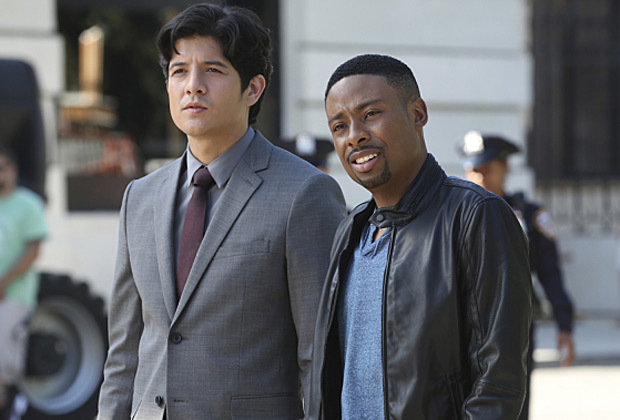 Yes, it was actor Billy Magnussen who inspired this post.  Back in March, I did a piece on Billy after watching his memorable first scenes in The People Vs O.J Simpson.  After watching the first couple of episodes of the mini-series, I sort of gave up, but kept the remaining 6 episodes on my DVR. 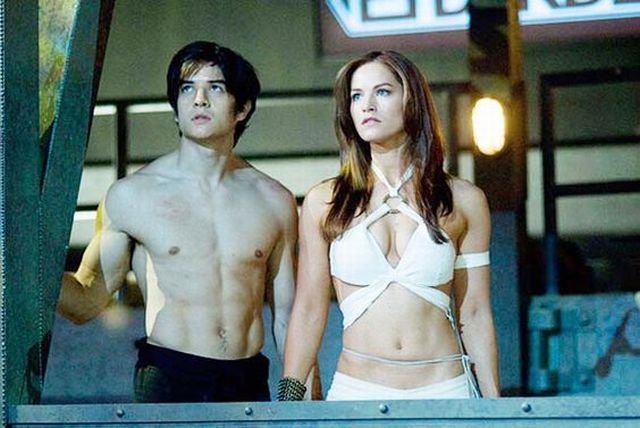 Recently, mostly due to Billy, and wanting to see more of Sarah Paulson as Marcia Clark, I finally finished watching the remaining episodes.  During the shows broadcast, there were previews for the upcoming CBS version of Rush Hour, a show as of this writing, already cancelled by the network.

The previews had me wondering about one of the incredibly hot actors playing one of the leads on the series.  A little googling had me oogling over actor Jon Foo.  I had not seen Jon on screen before, but certainly plan to keep an eye on him, and find a copy of Tekken to check out. 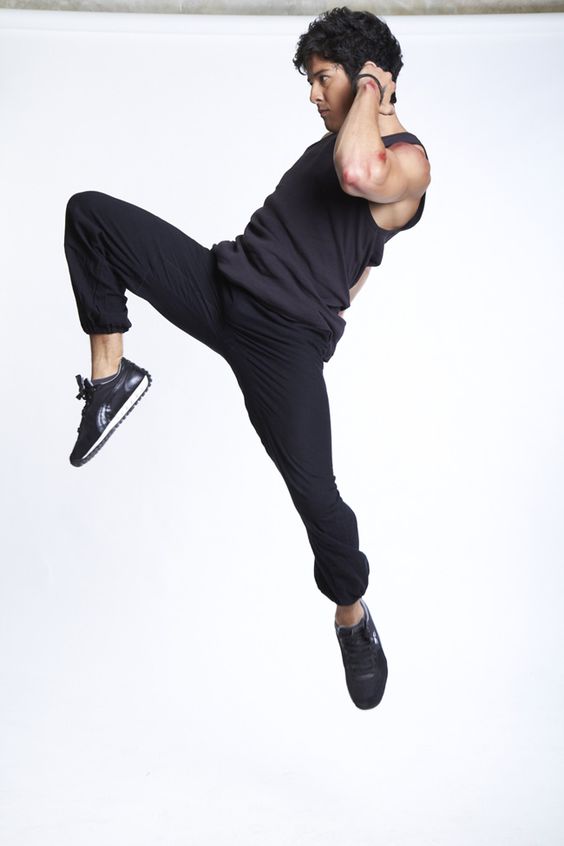 The English actor, stuntman and martial artist has a unique and beautiful look.  Great body, handsome face and an incredible head of hair.  Jon's look comes from his Chinese and Irish decent, and although I am not sure how rare the culture combination is, it certainly produced one stunning human in Jon Foo. 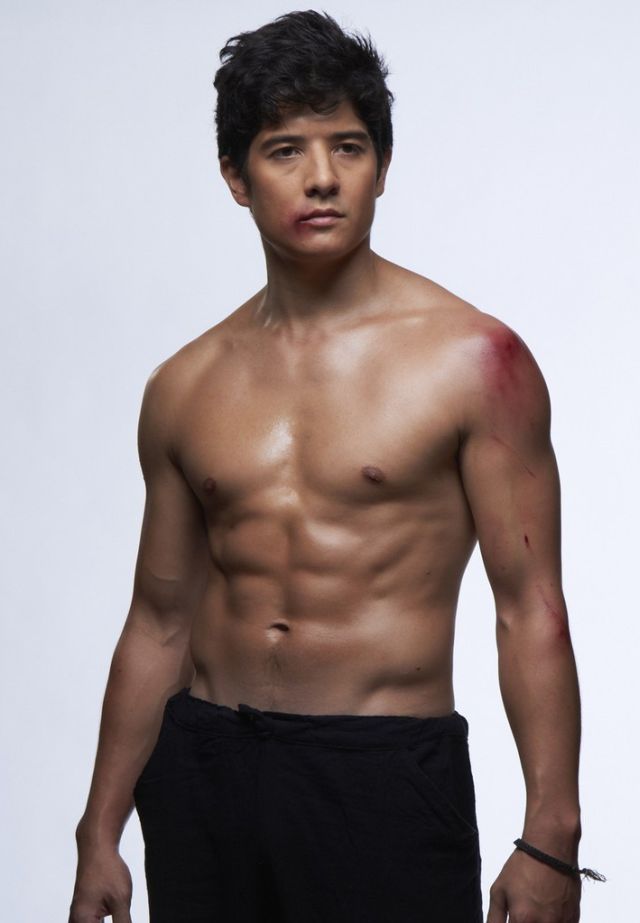 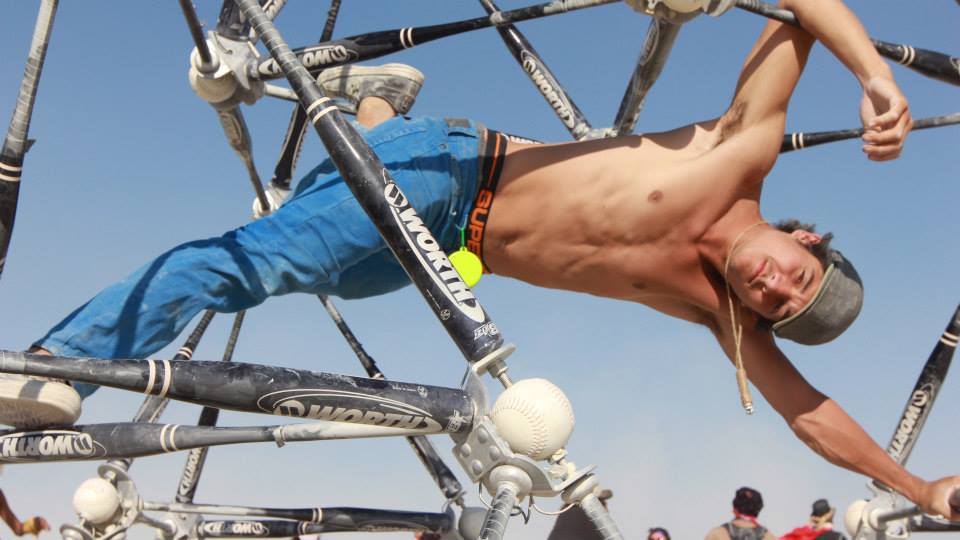 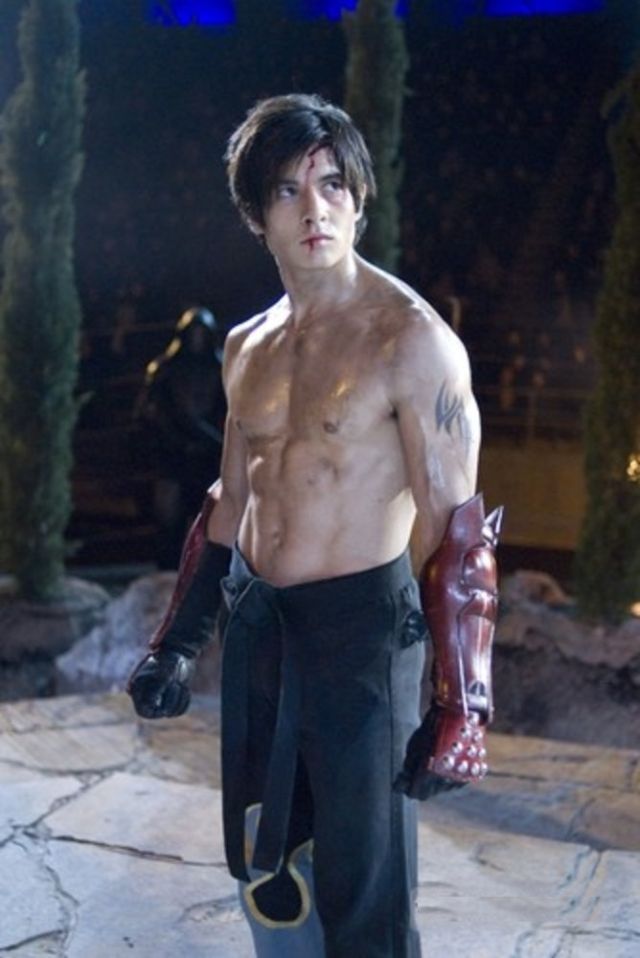 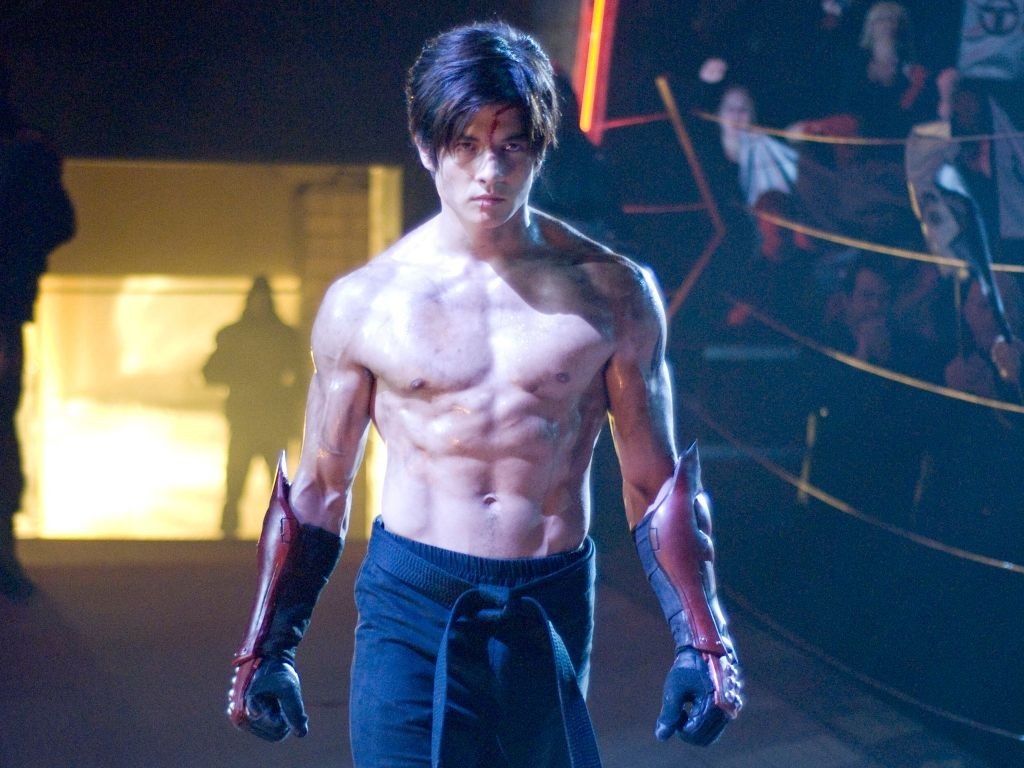 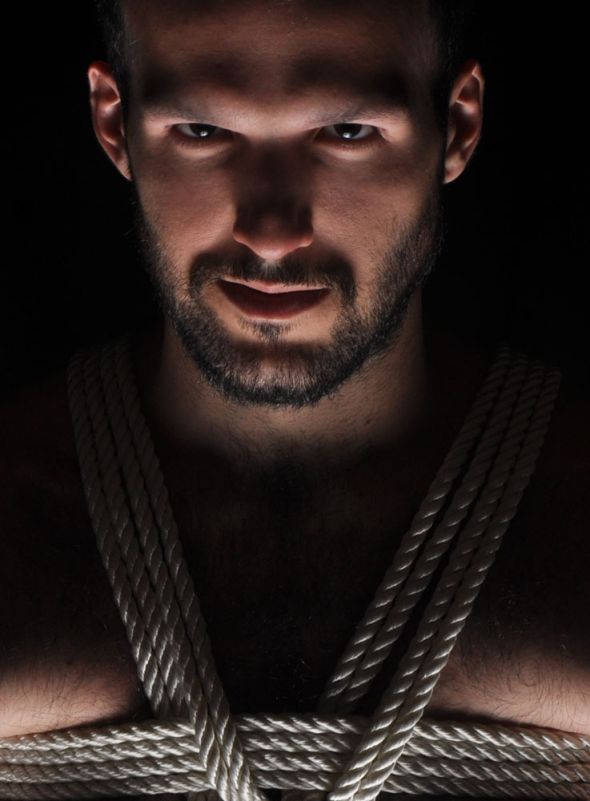 'I am constantly seeking out and practicing new ties and try to have at least one new tie for each model. We establish with the model what they want to portray. Be that submission, resistance, power, fear.' 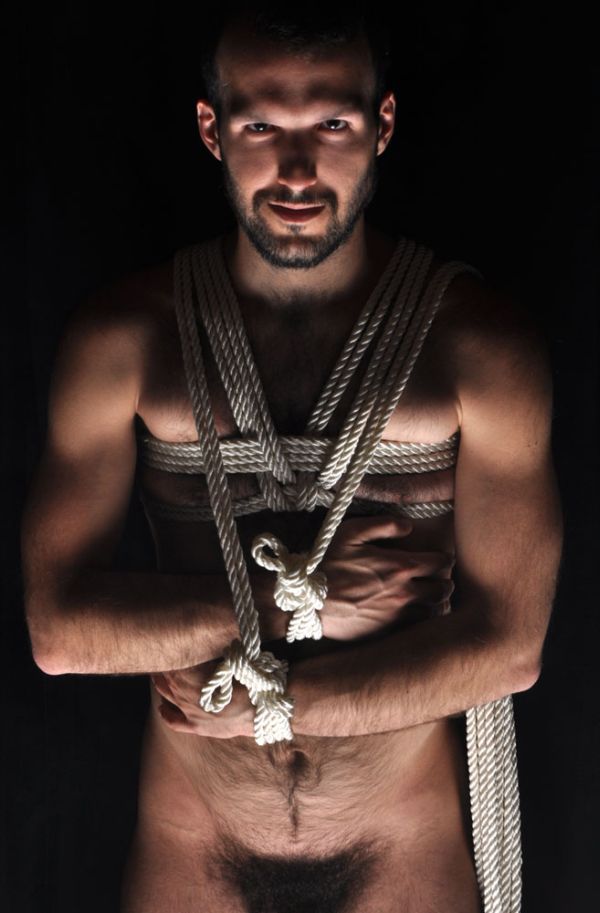 I have been fortunate to have been able to feature the work of model, writer and photographer Samuel Lora (SILV Modeling) multiple times over the last few years.   One of my favorite pieces featuring Samuel's images was his collaboration a few years ago with one of my favorite photographers, David from YogaBear Studio. (Snake On A Train)  After Samuel recently got in touch about his a recent return to San Diego to shoot with David, I headed over to David's site to check out the results from their most recent collaboration. 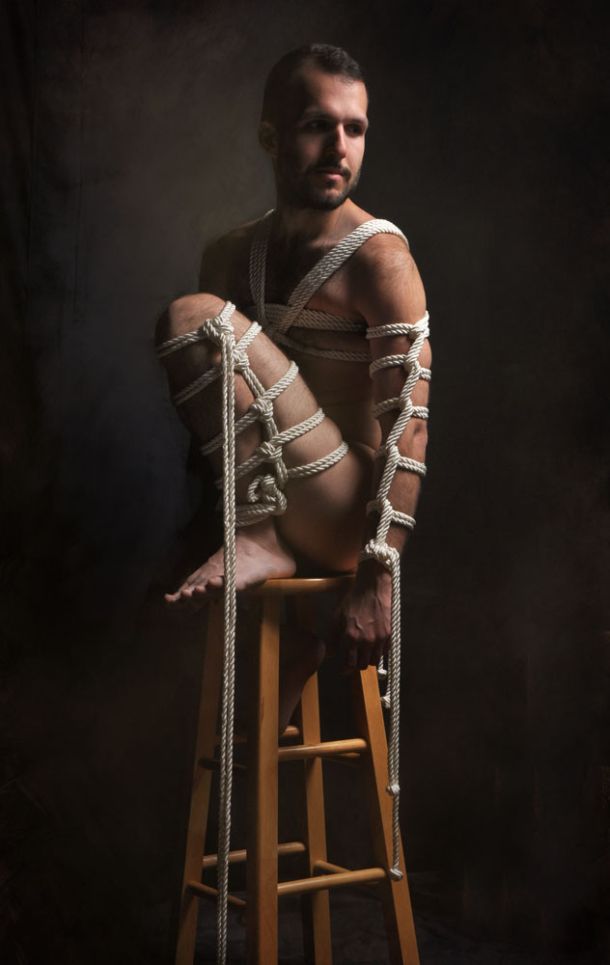 The two artists covered a number of themes in their work together, one of my favorites being the images from David's Unbounded series. Unbounded combines the talents of photographer, model along with the rope artistry of ExplorerFrank.  I especially loved that David titled the the theme and series Unbounded. 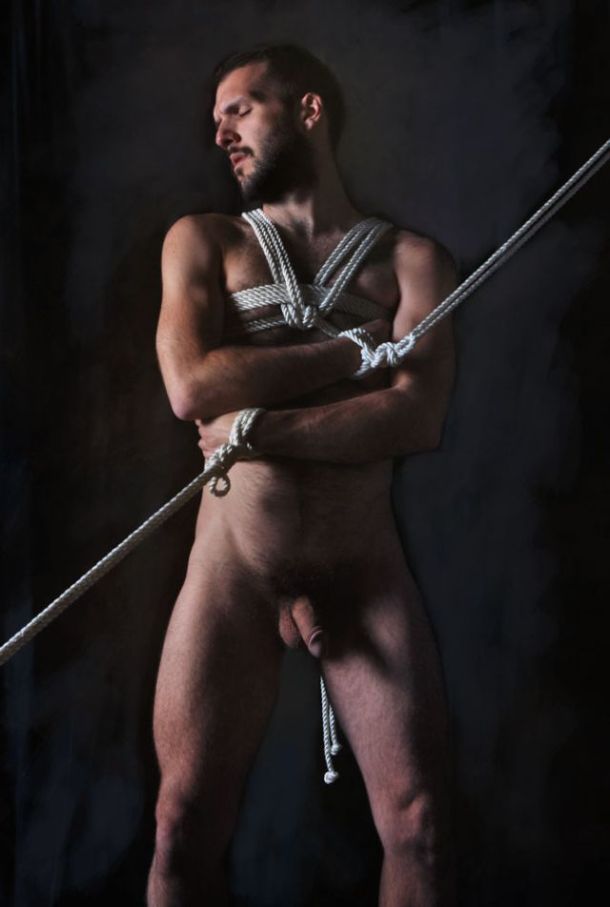 I am fascinated by contrasting themes, and for many, being tied up or restrained is connected with risk and the loss of freedom. For some however, the results are just the opposite.  I my area of study, I have learned that freedom is only truly appreciated and safe when it's preceded by strict boundaries and sometimes even restraint.  Studies have shown that many out of control children feel most safe when that control is actually take away.  This phenomenon is also true for many adults.  Bondage for many is more comforting than scary.  A pressured hug that allows their body, followed more importantly by their mind, to temporarily get a rest. 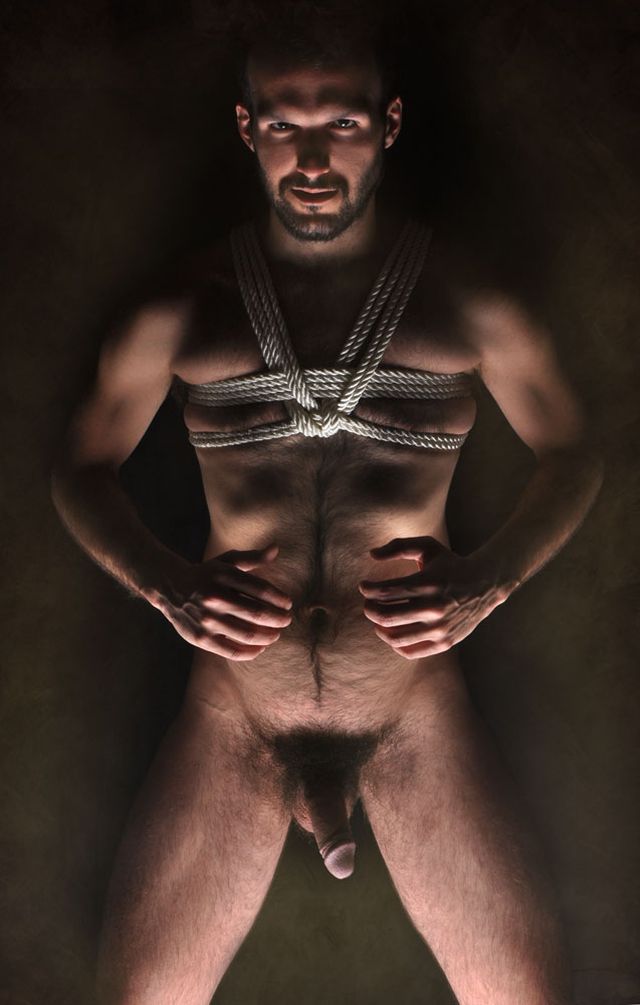 There is a beautiful intricacy and elegance to ExporerFrank's work with Samuel, stunningly captured by David.  David captures the artistry and grace of the rope work in addition, through light and shadow, pulls in the vulnerability, edge and sensuality of the theme.  Samuel perfectly pulls it all together with his ability to use both his body and his eyes.  When you look at Samuel's eyes, you know instinctively that although he has put his will and his body in the hands of another, he is in total control. 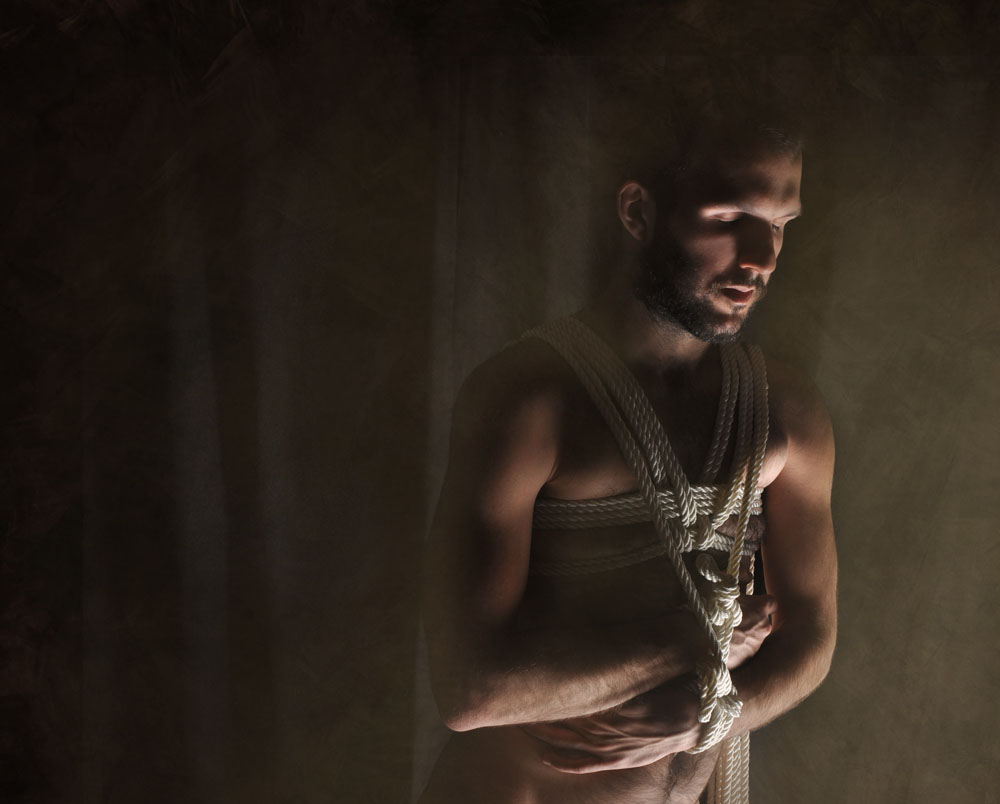 'The three of us create very comfortably, together, thus I felt at ease, and held with utmost care and professionalism.' 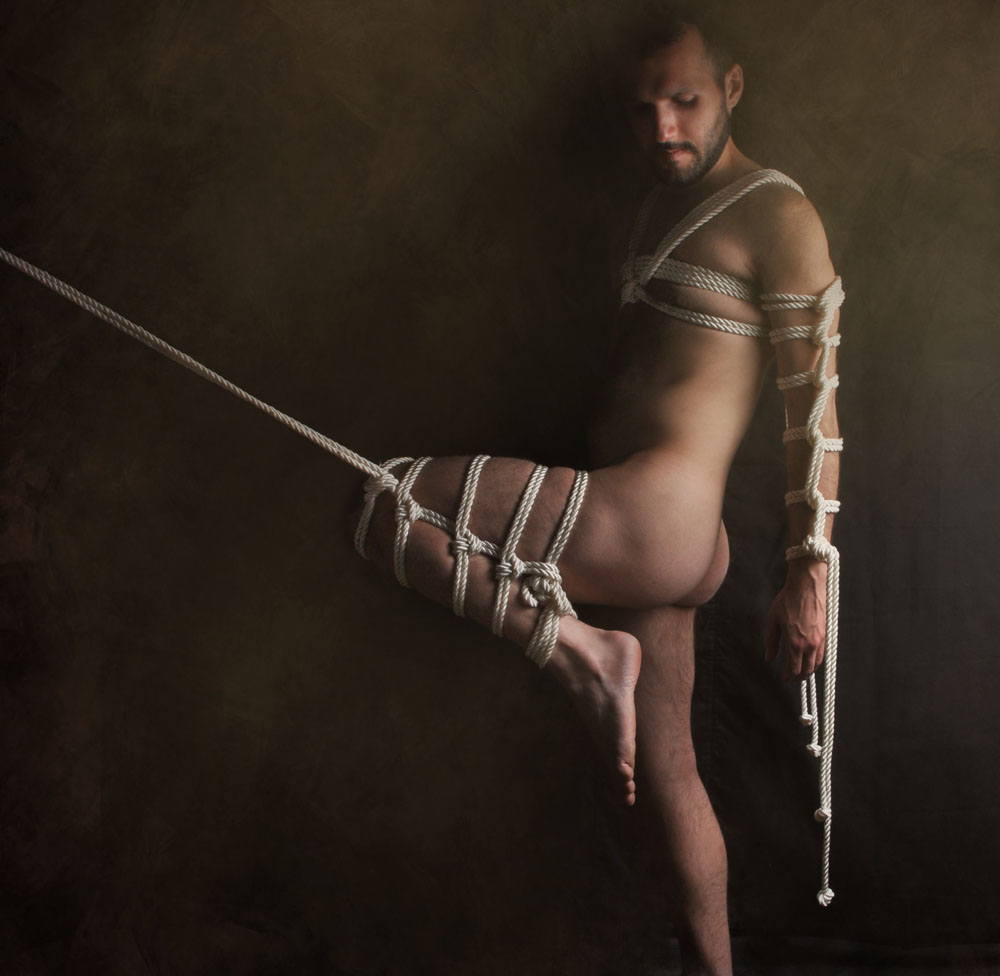 That comfortably, described by Samuel, grew from process, and the experience of each of the three artists. ExplorerFrank and his rope work was first introduced to David by a model who knew his work and wanted to include it in a shoot.  ExplorerFrank calls it their work together an amazing journey with so many men with the desire to be photographed in the theme.  After David and Samuel discussed the subject matter and were on the same page, David introduced Samuel to Frank's work and they corresponded briefly before the shoot. 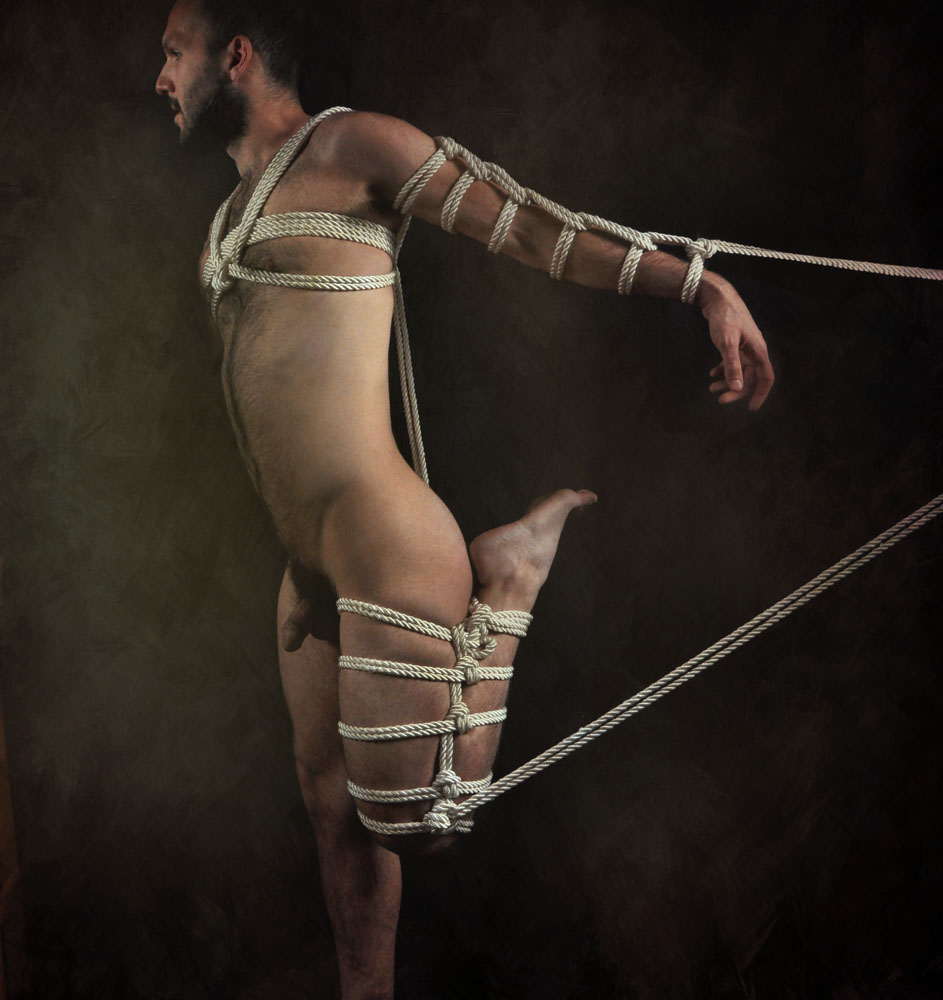 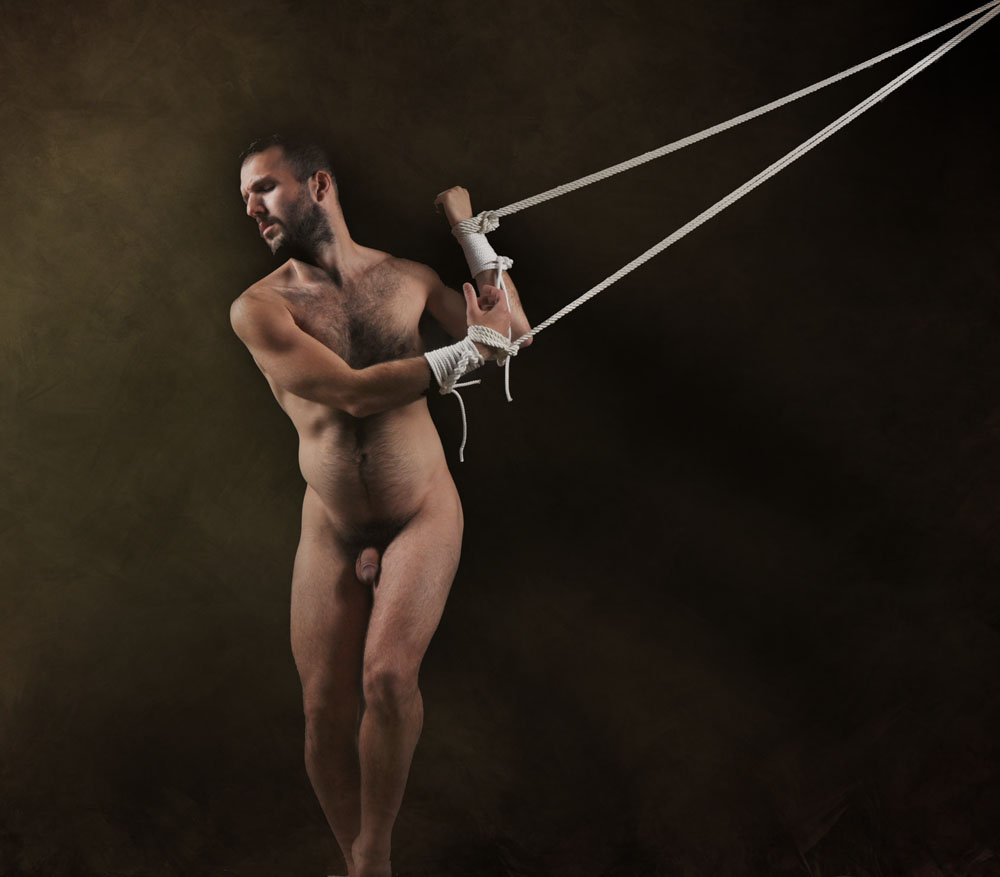 'During the session, the three of us conversed, and as David set up, Frank and I became acquainted in person for the first time. He walked me through the poses, the knots, and the available ropes. Once we began, each pattern probably took ten to fifteen minutes, depending on the level of intricacy. The ropes we picked for this particular session were strong, yet not rough. And although most of the poses were self-sustained, some of them were made possible by the magic of everyone involved.'

Samuel
'Trust is an important component of rope bondage. The model must trust I will not attempt any tie beyond my skill I will be attentive to any indication, verbal or non-verbal, by them to alter or undo/stop any tie. Conversely, I trust they will be unrestricted and honest about what is going on with them prior to and during the tie. The application of rope may require some intimate touch. Limitations and expectations in this regard are discussed. This includes limitations due to injury and health issues as well as sexual arousal. David’s ability to direct a model and light the pose, coupled with my evolving rope skill has allowed us to create some beautiful images'. 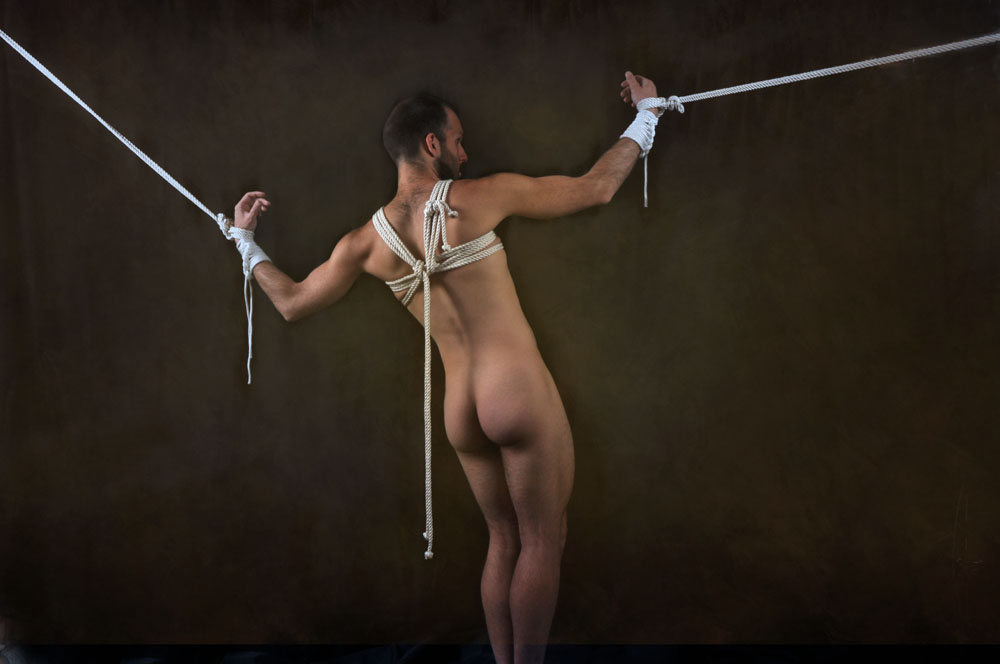 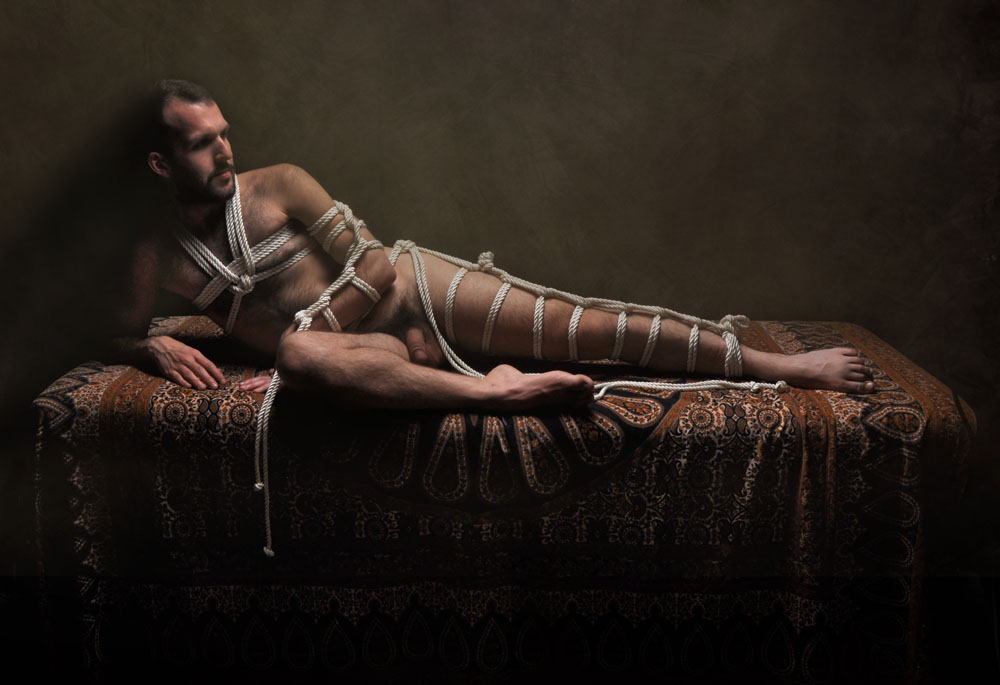