Favorite Pic of the Day for August 2nd 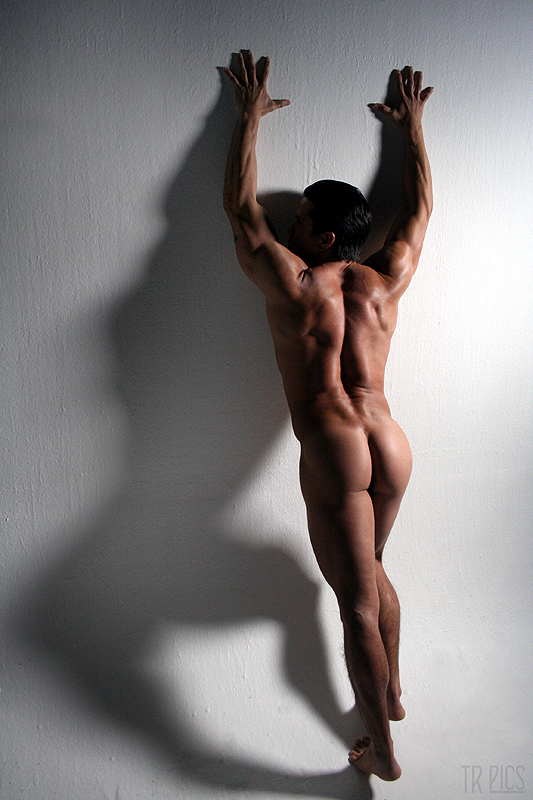 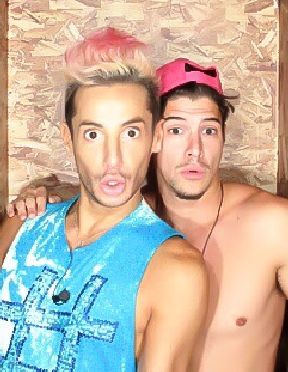 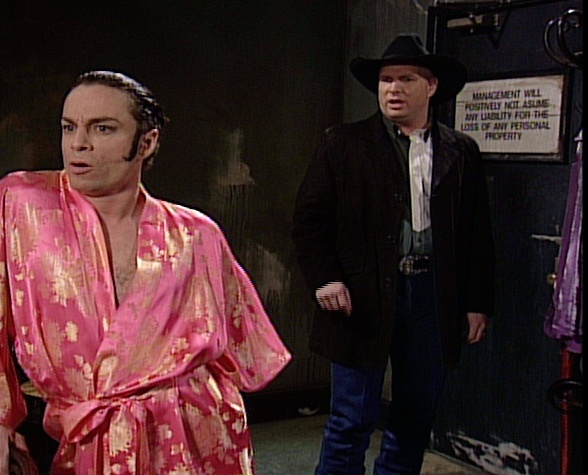 I was briefly on the Zankie train, but I am tiring of their, (especially Frankie) annoying habit of LOUDLY being everywhere, all the time. Hard to watch a conversation without one of them butting in. I am sort of hoping one of them goes this week. Cody taking a shower however... timeless 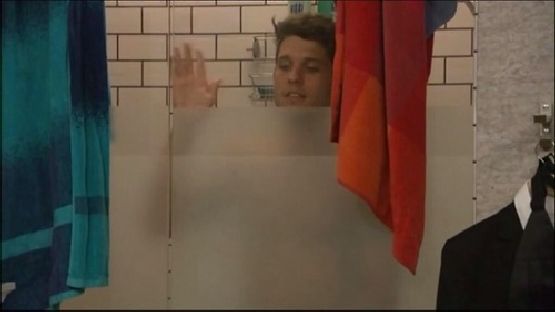 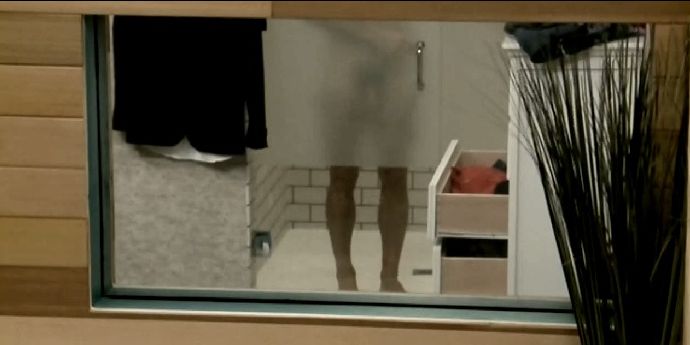 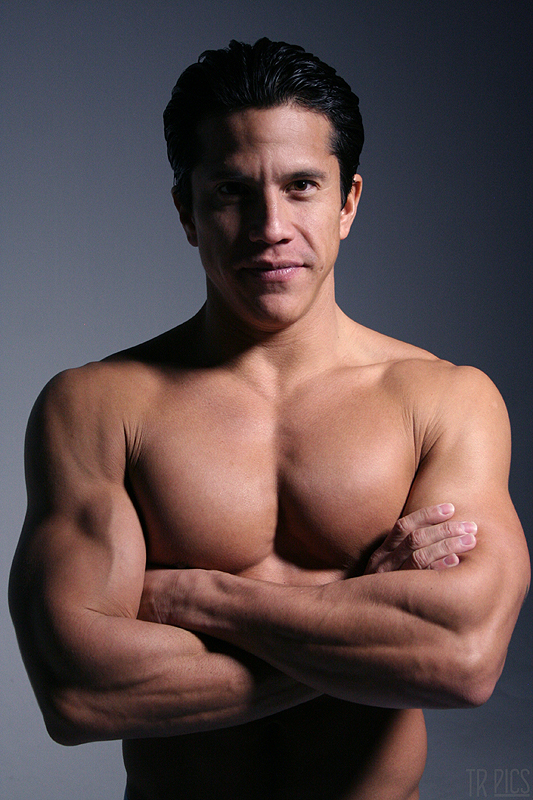 Although may think of animals when they hear the word Menagerie, it can also apply to a group of varied, or unique people. In the case of photographer Tom Rubeck from TR Pics, the group is a stellar collection of incredible men. 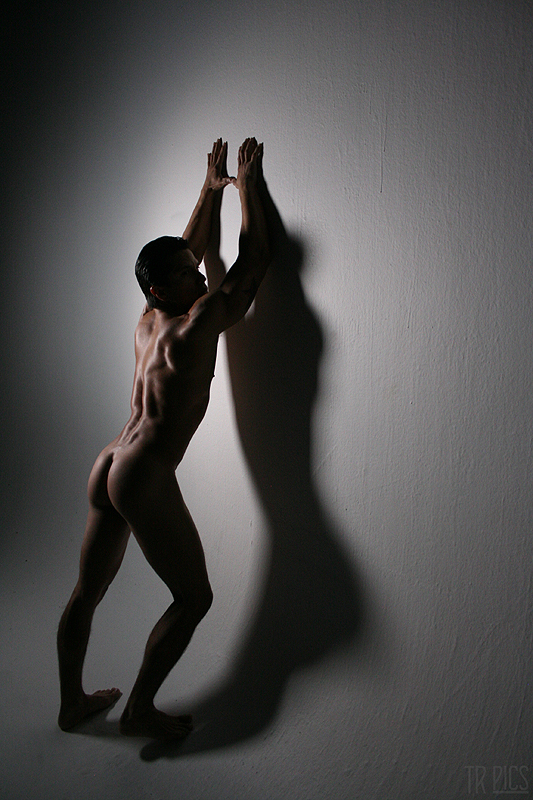 I was going back through the many images that Tom has shared with the blog for features and I could not help but notice what a unique and beautiful group they are. The models Tom shots are wonderfully diverse in regards to body shape and size, age and ethnicity. Some photographers seem to have a'type' and it can be sometimes difficult to see any individuality from model to model, images to image. If there is a correlation to be made between Tom's subjects, for me it would be a natural masculinity that Tom brings out through his images. 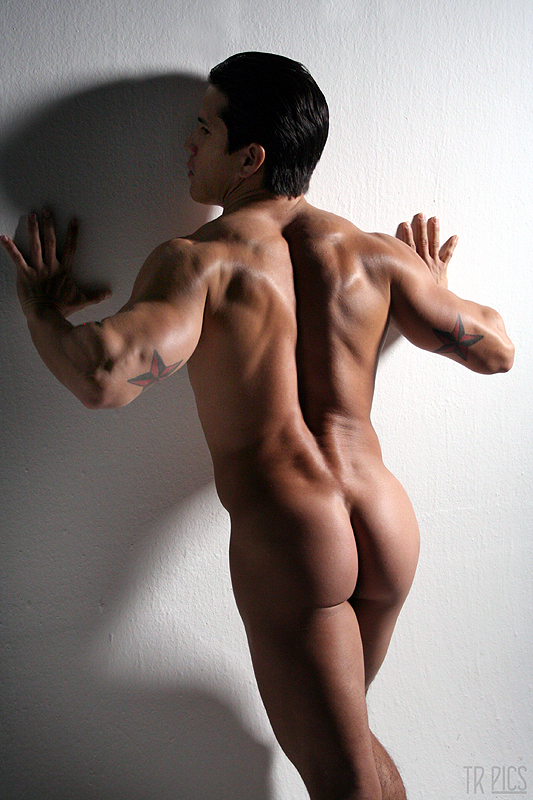 Tom is able to do this no matter who he shoots through his skills and use of pose. Tom uses many classic physique poses to highlight muscle and body definition. Tom's focus is on the body as a whole, and always manages to capture every inch of his subjects bodies including strong amazing images featuring beautiful and strong backs, arms and legs. 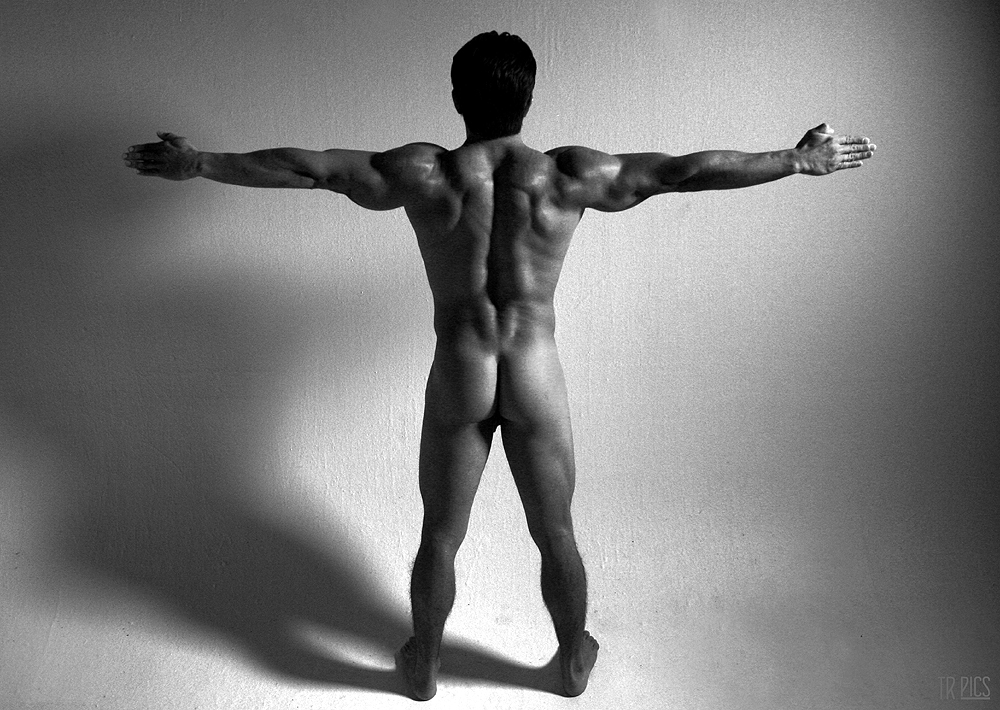 There isn't a body part on model and adult video performer AJ Irons that doesn't photograph beautifully. A great face, that lights up when he smiles, beautiful lips, an incredible body and a butt worthy of it's own exhibit. Tom had seen a lot of AJ's work before, and knew he would be able to create some great images. When he found out AJ was going to be in Dallas, he contacted him about getting together to shoot. 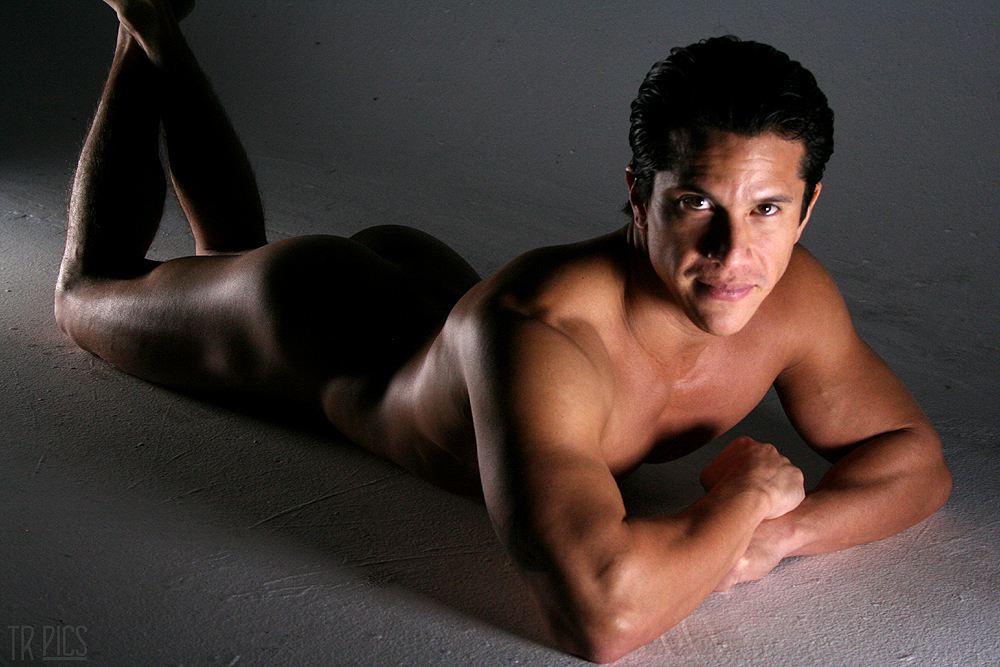 'AJ arrived at the studio where I shoot, and he was just the nicest guy. No attitude, and very excited about shooting. He was very comfortable during the shoot, and seemed to enjoy doing a few different style poses for him. He particularly seemed to enjoy posing up against the wall, using his shadow as the second character in the shot.' 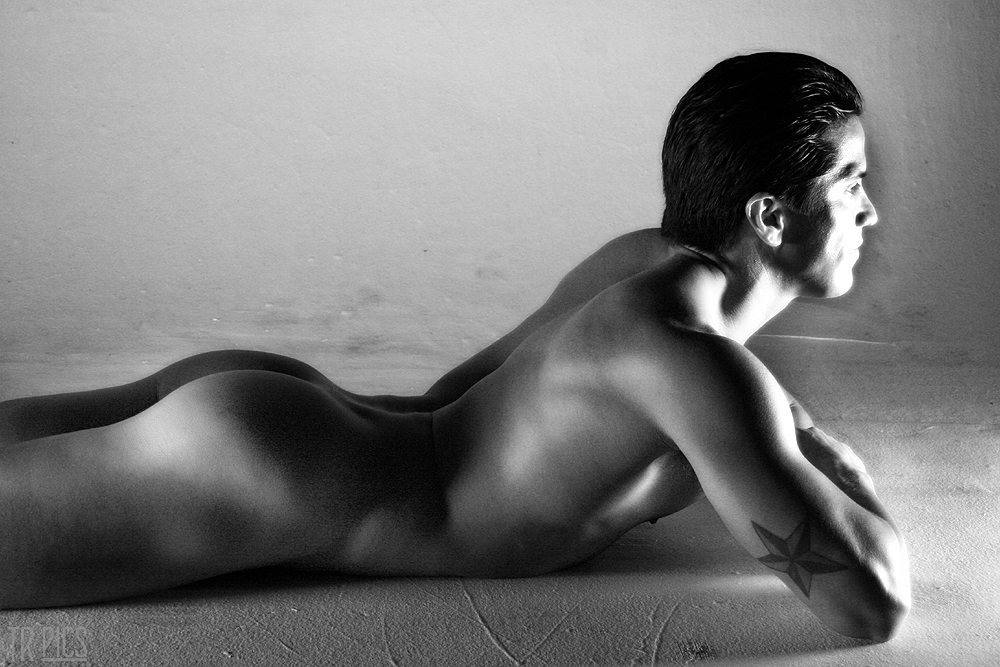 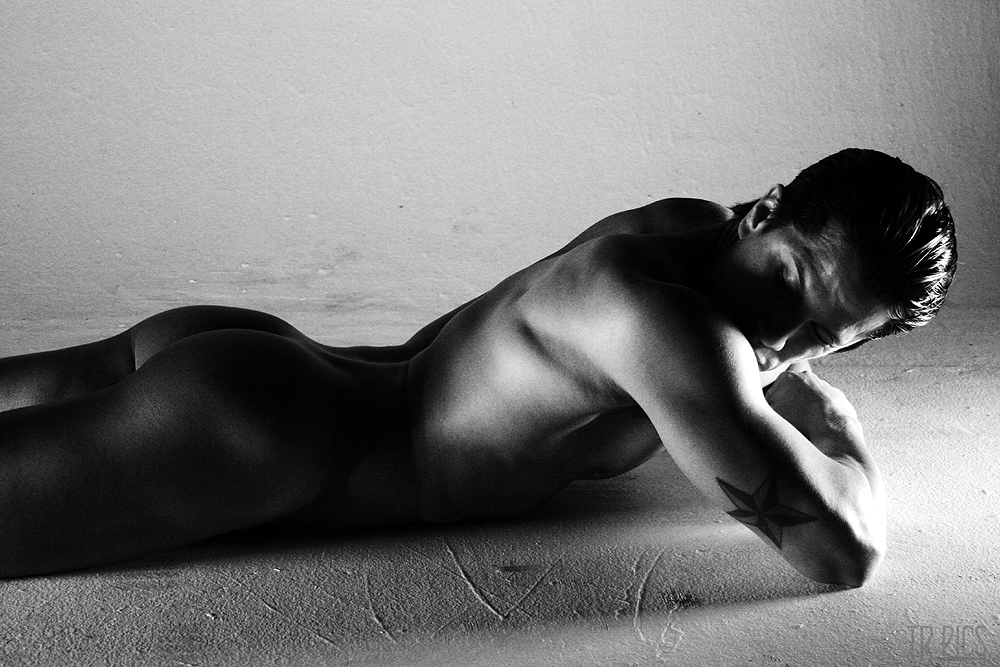 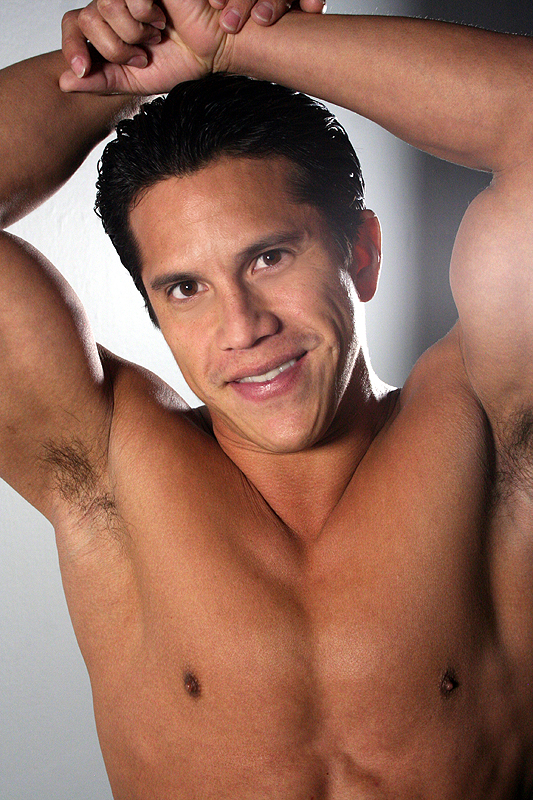 'AJ travels a lot, and promised that when he got back to Dallas, we could shoot again. I'm looking forward to it!'
Tom Rubeck 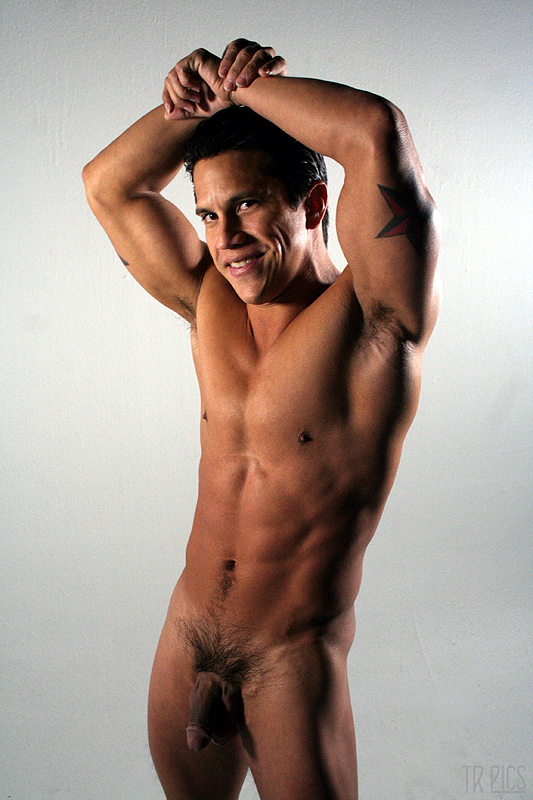 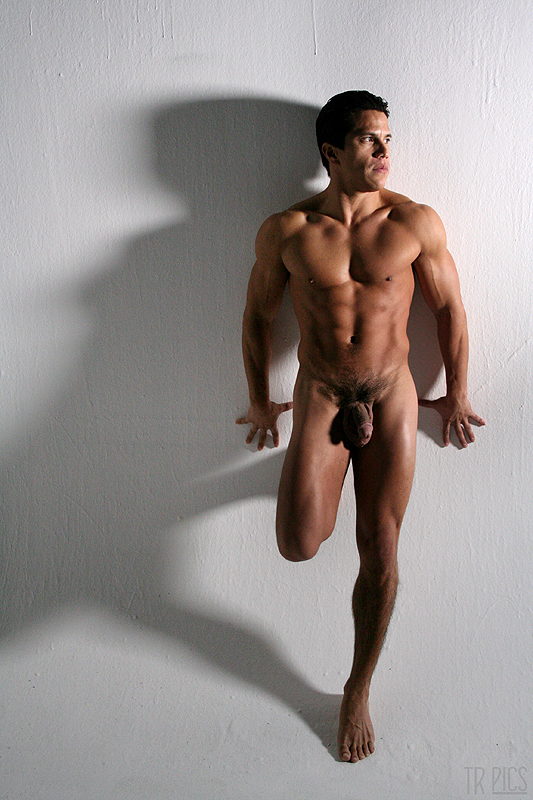 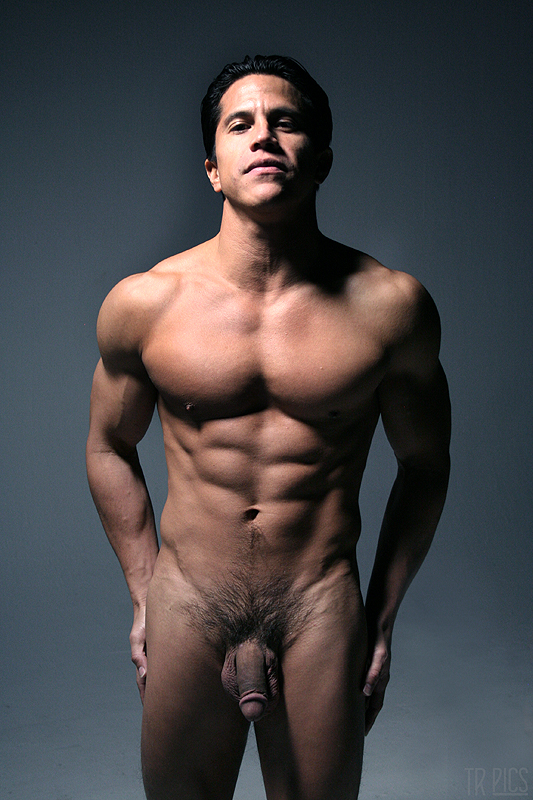 Checking back into The Hotel New Hampshire 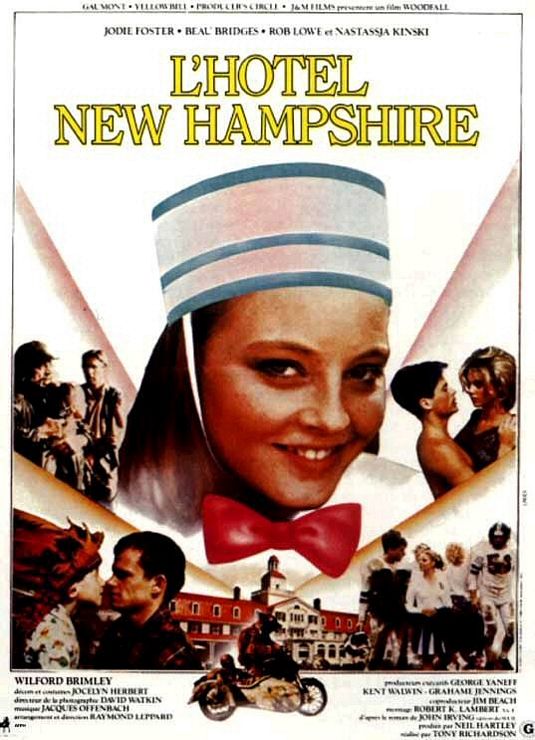 I remember that the moment I turned 16 I wanted a job. On that birthday, I headed into the city and ended up with a job cleaning up late at night for a department store. If I had a drive, it was about 20 minutes from my home to work, but if not, I had to take the bus, two of them actually. 20 minutes by car, turned into almost an hour and a half by bus. This gave me lots of time to read. 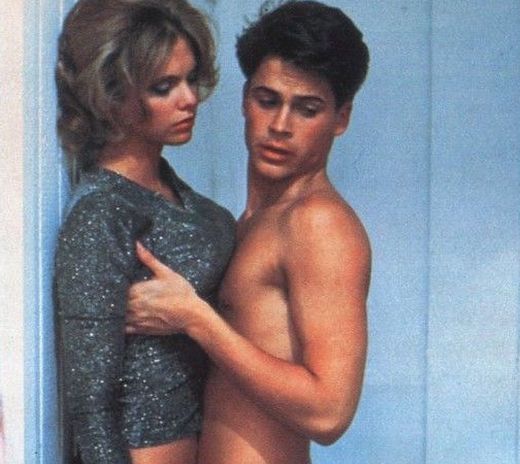 One of the first novels I remember reading on my way to, and from work was John Irving's The Hotel New Hampshire. When I was reading the book, I had no idea it had been a movie, having come and gone quickly from the theatres years earlier. I did know, I took the book, along with a few others, the previous summer when my family had rented a cottage for a week. The cottage was full of books and I guess the idea was to leave the ones you brought and take a few when you left. I never left any, but I did leave with a grocery bag full of novels. 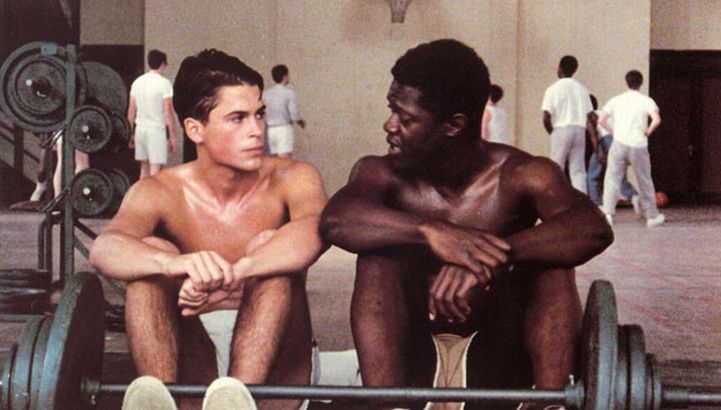 I saw the movie years later and my feelings about it were very similar to those I had when reading. I loved it, well most of it. I loved the Berry family that Irving introduced us to, strong willed Frannie, her body building brother John and gay brother Frank. I loved her little sister Lily and baby Brother Egg (played by a very young Seth Green). I loved the relationship between the siblings and how they fought and stuck up for each other both. 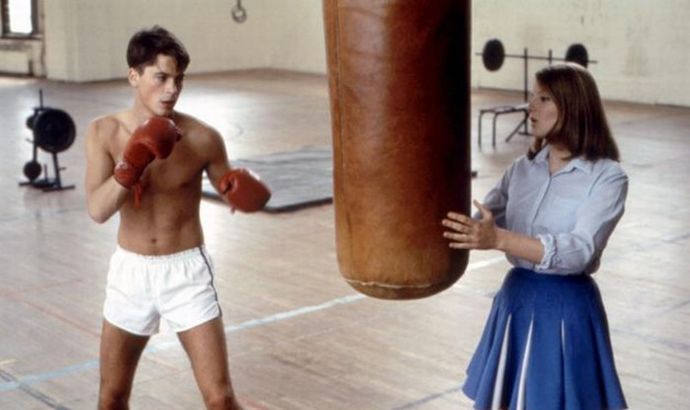 My interest in the movie, as with the book, dwindled quite a bit once the family began to separate and the eventual move to Europe. I am sure the Europe parts of the story were important to Irving, but to me the heart of the family, and the book, remained in that Hotel in New Hampshire. 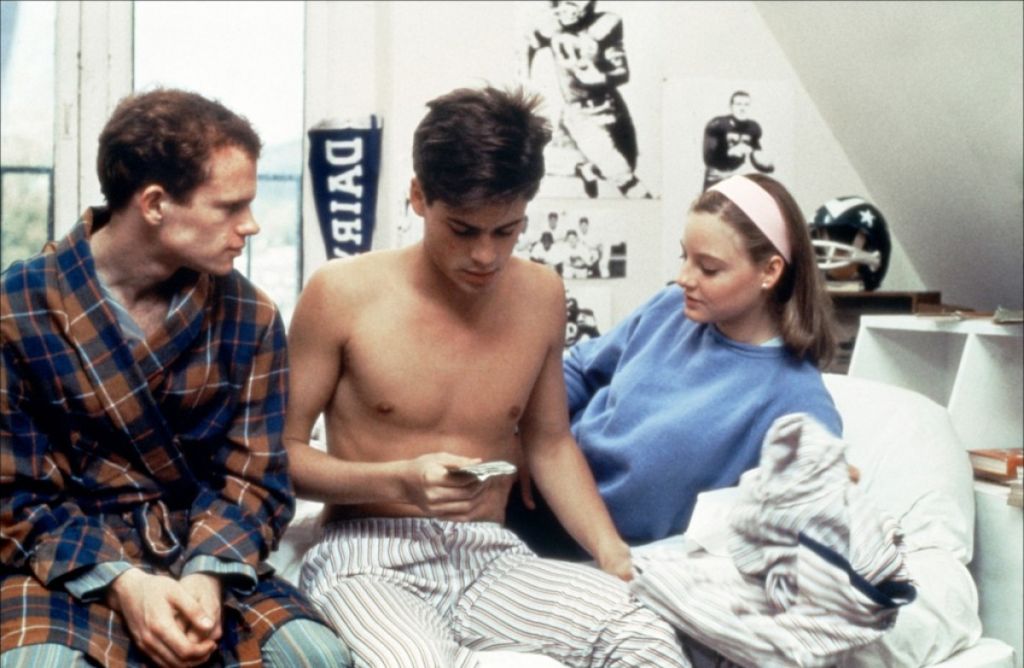 I remember getting quite excited reading the sections which covered John's (Lowe) loss of virginity to the hotels resident prostitute. The scene in movie was good, but not as enjoyable as it played out on the page. The movie has a few male nude scenes, but I debated how much to capture as they are all rooted in violence. Frank being assaulted at school, male extra's raping Foster's Frannie and an assault and almost rape of Chip (Modine).

I recently re-watched the movie, stopping as I usually do once the family left the States. Might be time to re-visit the novel again, and stick to it til the end. 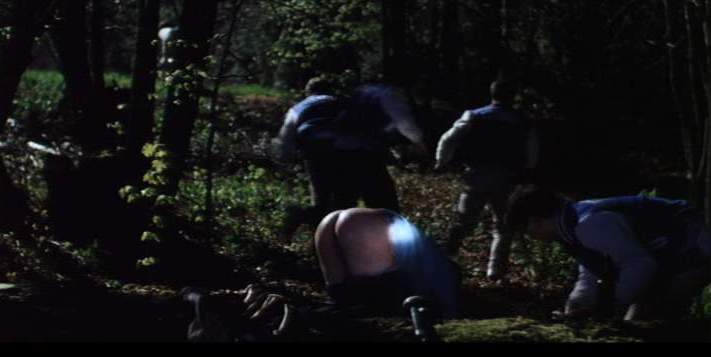 Email ThisBlogThis!Share to TwitterShare to FacebookShare to Pinterest
Labels: A Look Back, Movies 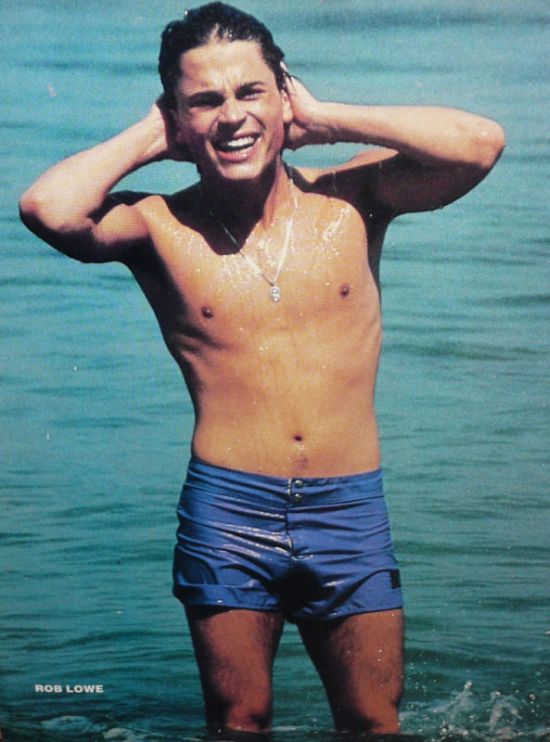 My return visit to The Hotel New Hampshire reminded me of what mixed feelings I have about Rob Lowe. When I was a kid, I certainly wore out the pause button with some of his movies on VHS, yet there was always something about him I could not quite connect to. Rob has been a part of my media viewing for as long as I can remember, from those old VHS viewings of Masquerade and Young Blood, through my love of the series Brothers & Sisters. 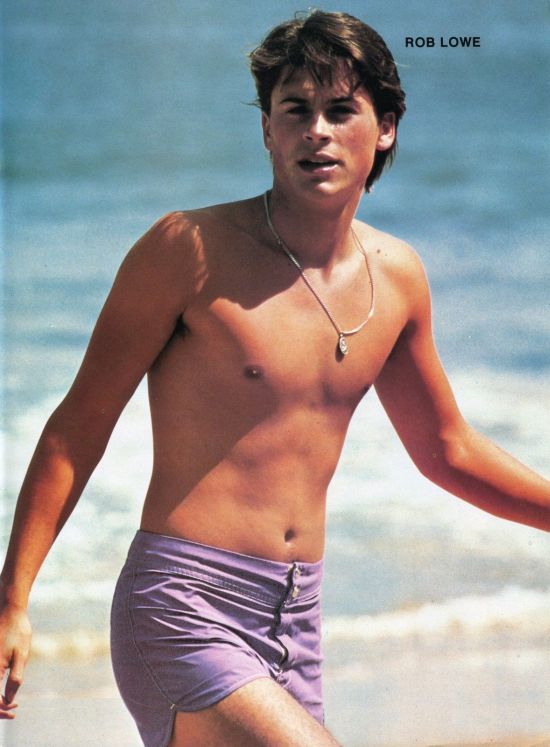 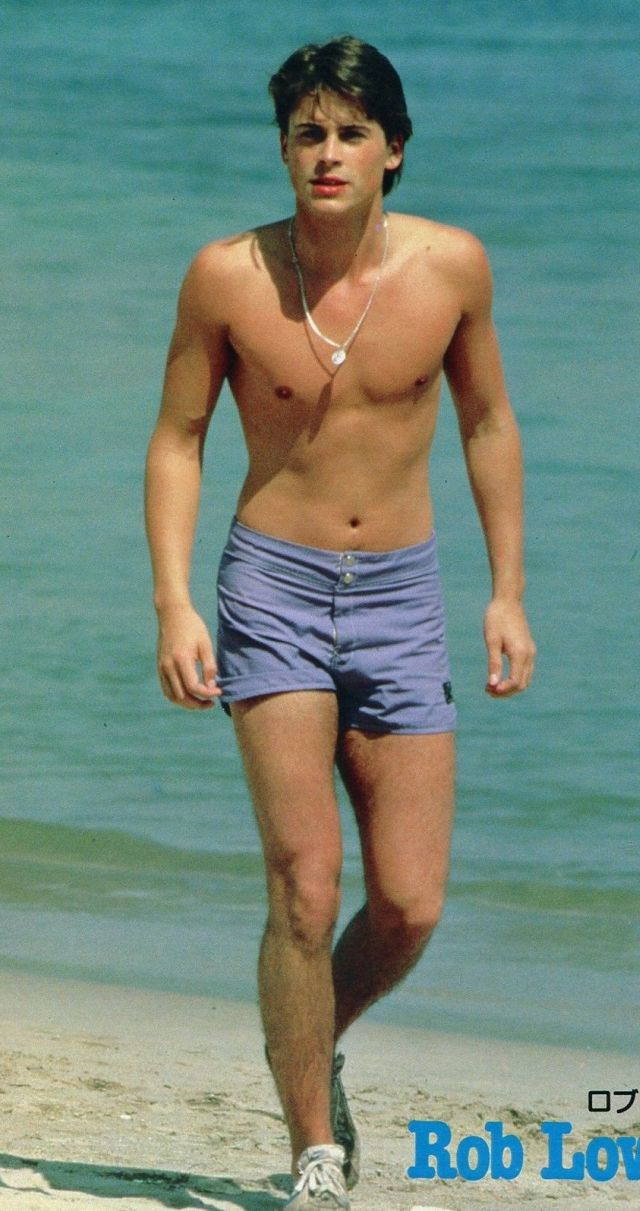 Rob is, and has always been a beautiful man. I respect the career he has carved out for himself moving from lead, to supporting roles when he needed to, riding the wave of his sex tape to movie career drying up and turning to television. Many dream of being great looking, but I am sure for Lowe it has been both a gift, and at times a curse. Lowe never could really pull off certain emotions on screen, yet when he connected with his character he was much better than he is generally given credit for. I have heard good things about his performance in Melt With You, and plan to find a copy to watch. Not everyone can look as desirable as Lowe does strolling on the beach at both 19 and for the cover of Men's Fitness at age 49. 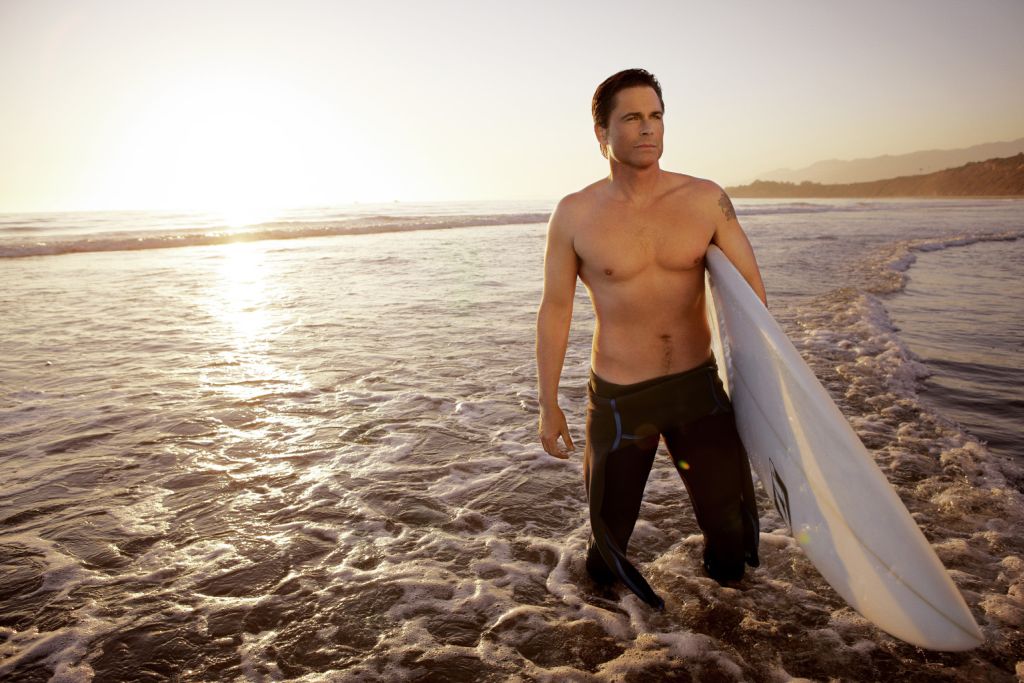 Lowe with Thomas Jane, Jeremy Piven and Cristian McKay in I Melt With You (2011)