Favorite Pic of the Day for January 1st 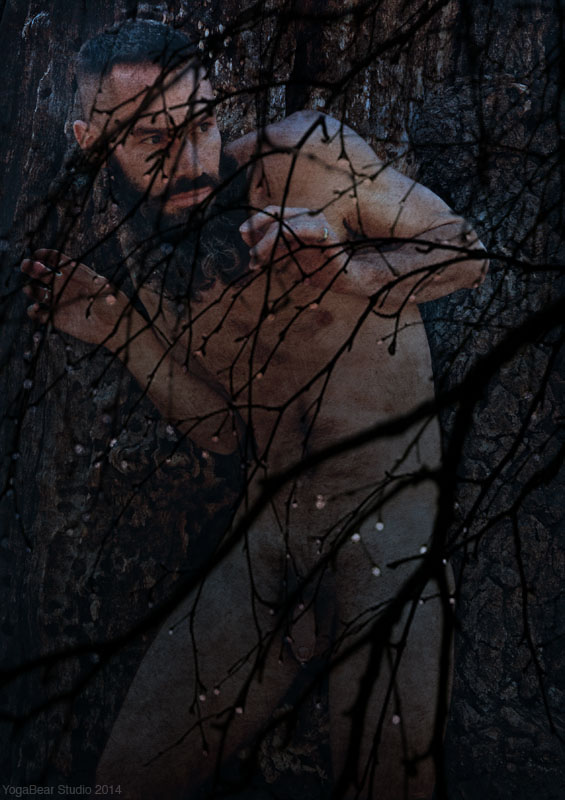 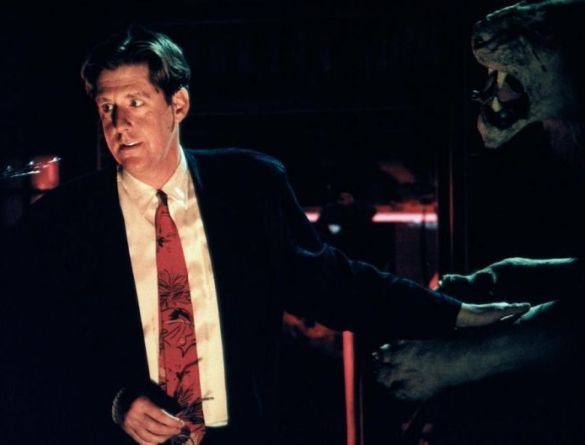 'I think everyone who knew or worked with Ed found him to be absolutely delightful… Everything looks a little dim, as if the lights went down.' 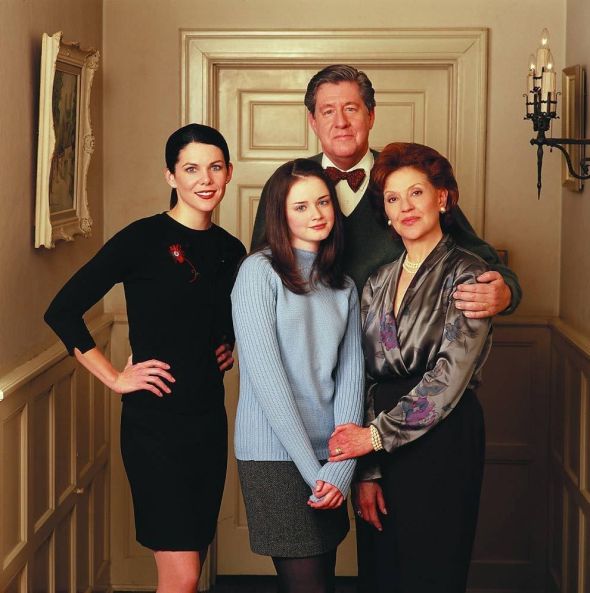 Gilmore Girls remains one of my favorite shows, smart, witty and great acting including Edward Herrmann as the patriarch of the family. In the past couple of years I have had the pleasure of seeing Edward in some of his early roles in films like The Paper Chase, The Great Gatsby and The Great Waldo Pepper. I think the first time however that I saw Edward on film was when I was just 11 or 12 and saw a matinee of The Lost Boys. That film remains a favorite, and Herrmann's Max remains a creepy nightmare from my youth. R.I.P Mr. Herrmann 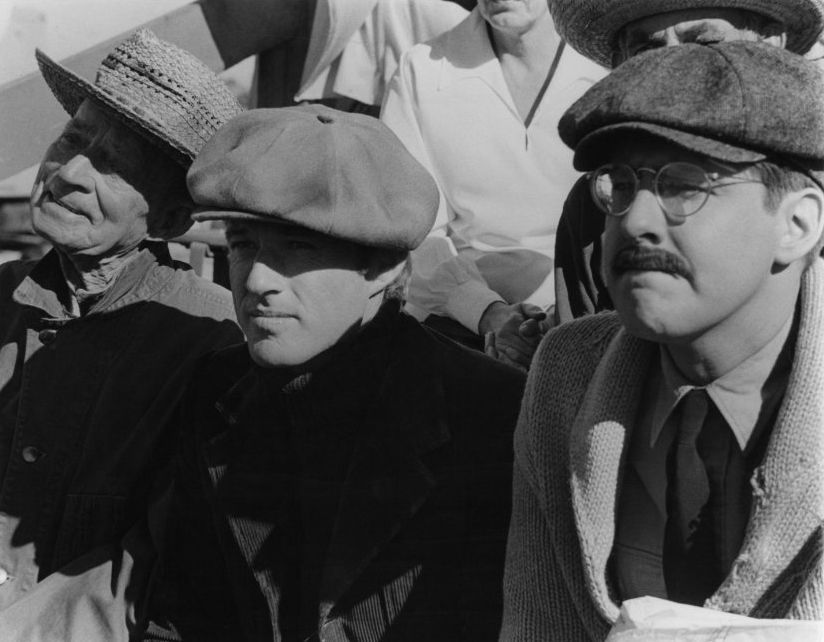 While The Getting Is Good... 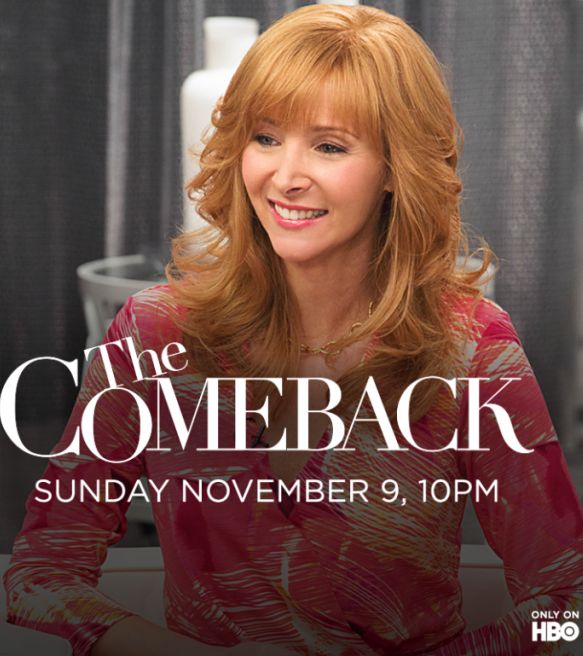 Given the less than stellar ratings, it seems not everyone gets (or watched) HBO's second season of The Comeback. I can relate, I don't get Community, tried, but failed to get The Wire or the The Sopranos. I thought I got 30 Rock, but didn't, I got, then thankfully un-got The New Girl, I am just starting to get The Mindy Project and never, no matter how I tried got The Office. 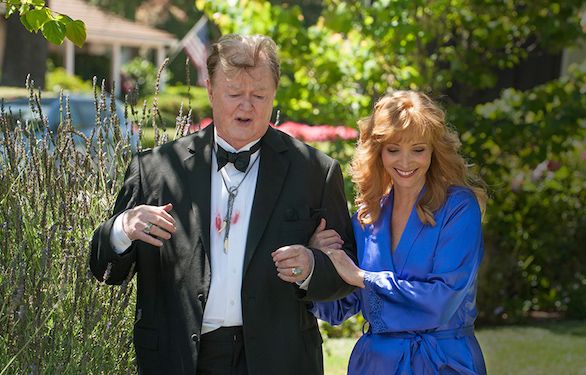 Above: Kudrow with Robert Michael Morris

I get The Comeback though, I get, and love every facial expression, every vocal inflection, every overconfident and anxiety ridden thing Valerie Cherish does. I have written, and continue to maintain, The Comeback is the best comedy on television ever. I am sure many would disagree, but it's ability to weave pop culture, celebrity, huge laughs and gut wrenching pain into each show is to me beyond compare. 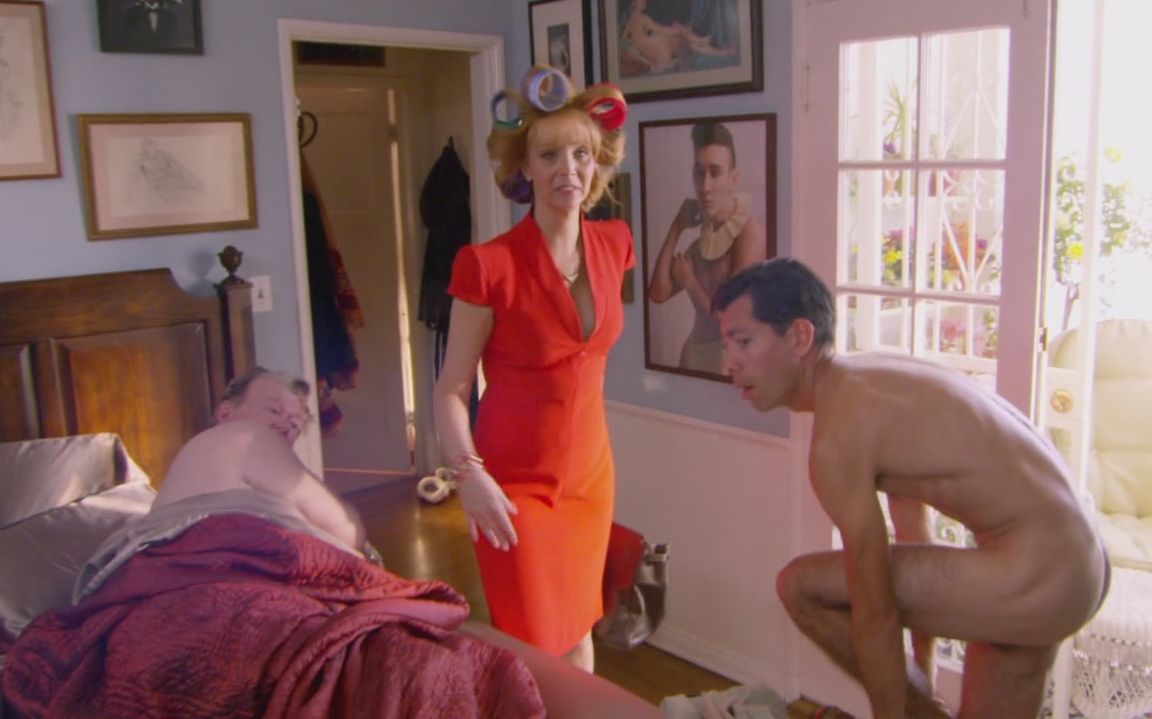 Last week'season finale pulled out all the stops with a climatic shit storm that was obvious and predictable yet utterly brilliant. The metaphor was not subtle, yet still a feet to behold. The pressure has been building all season, and it had to burst at some point. Valerie slipping and sliding in her own shit was inevitable, but as only Valerie can do, she washed herself off and went on to triumph, if only just for that one night. 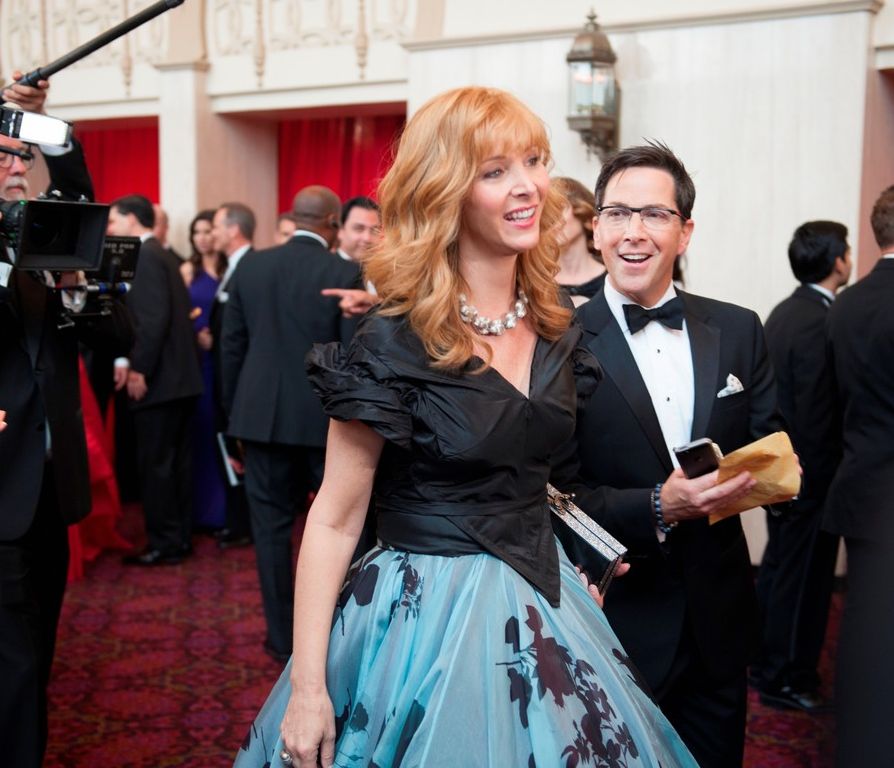 Kellan Lutz returned looking hotter than ever, but wasn't the only hunk Valerie had to deal with. I love Dan Bucatinsky in absolutely EVERYTHING he does, and cutie Mark L. Young has been hilarious all season long. Brad Goreski made a memorable cameo, looking incredibly hot slipping and sliding in Valerie's mess. The plus side, a shirtless scene showing he looks as hot undressed as dressed. 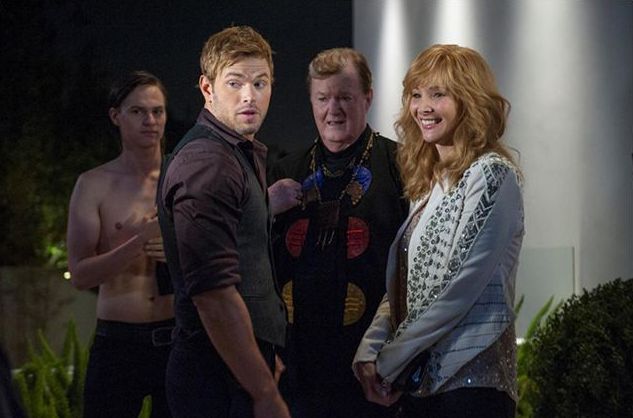 I hope HBO brings back Valerie and company for a season 3, Jane, (the equally brilliant Laura Silverman) needs to release her documentary which of course Valerie is bound to hate. Ratings be damned, some shows are just too good to slip quietly into the night. I just hope it doesn't take another 10 years for HBO to make up it's mind. 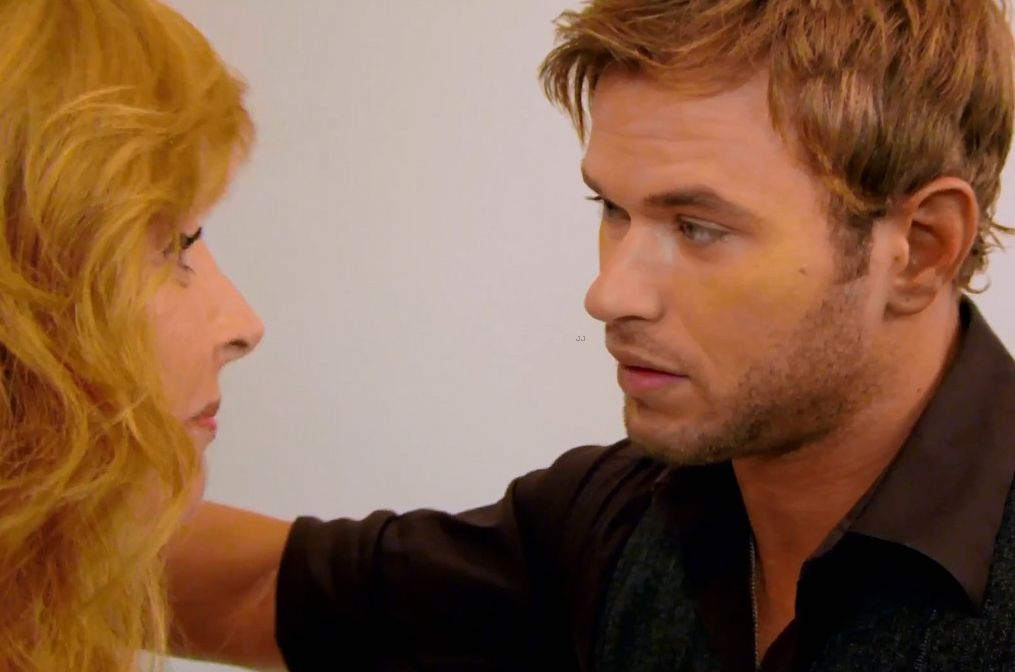 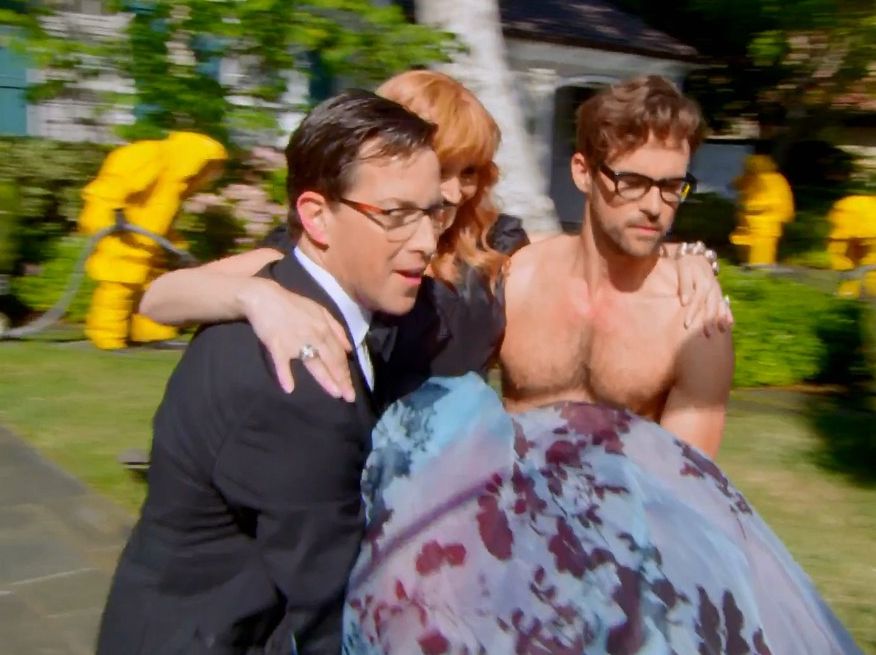 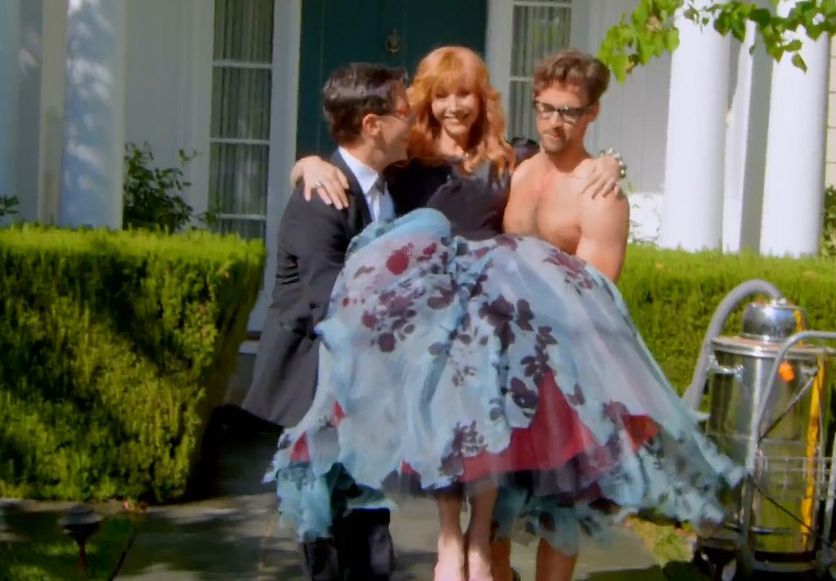 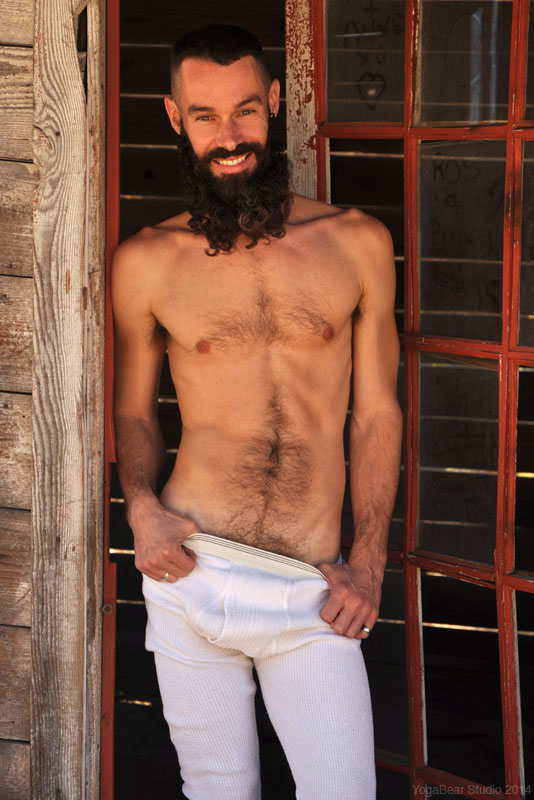 'I need nothing more from modelling, than what comes from the end result of two people collaborating together, to make amazing art.'
Darren Wall 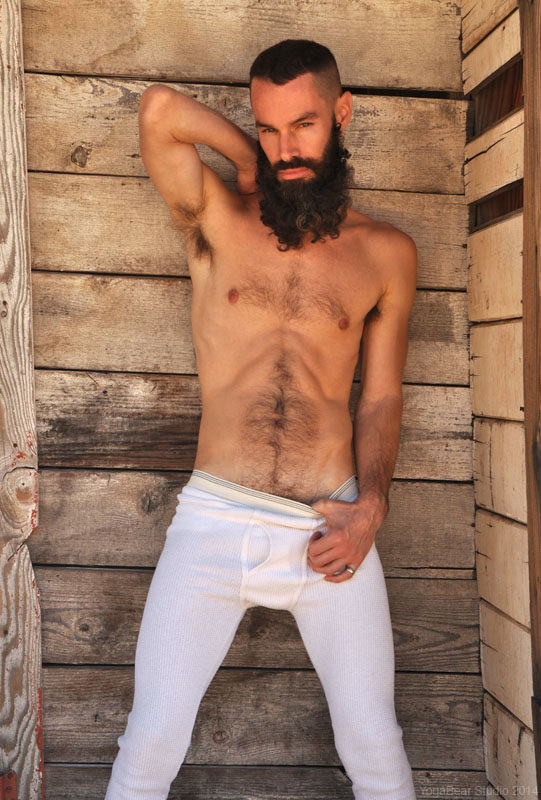 What is it about old dead spaces that I am attracted to? I have explored the theme many times on FH. I know it is somehow connected to remembering the forgotten. Part of my goal with FH is remembering the forgotten, a goal which developed in the early months of starting. I often feature models, actors and artists who had an impact my life, especially as I was figuring out who I was when I entered my teens in the late 80's. 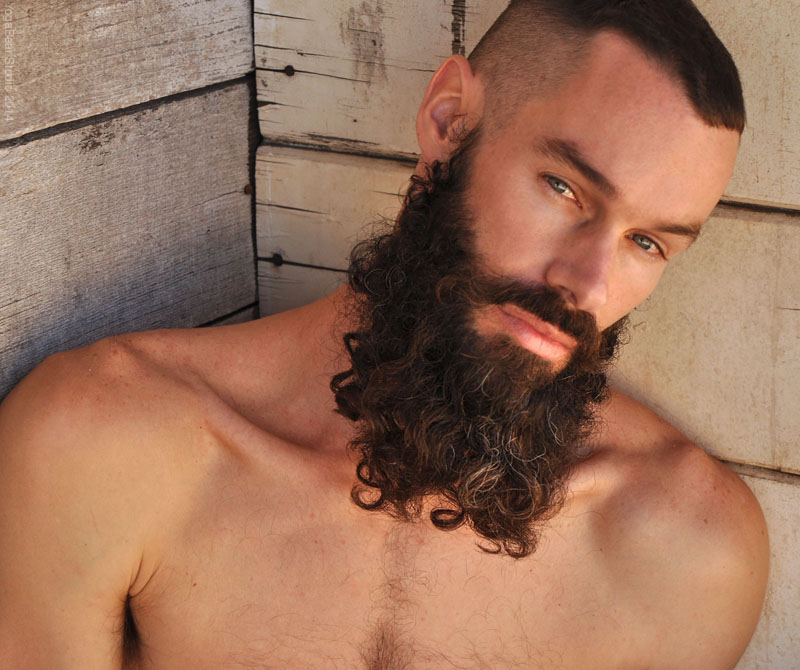 There is something more though, it is not just the remembering. It is the beauty of contrasting something vital something living and breathing with a location long past it's prime. The photographer's and models using these area's, re-energize, even rejuvenate using the naked male form to bring new life to the area. 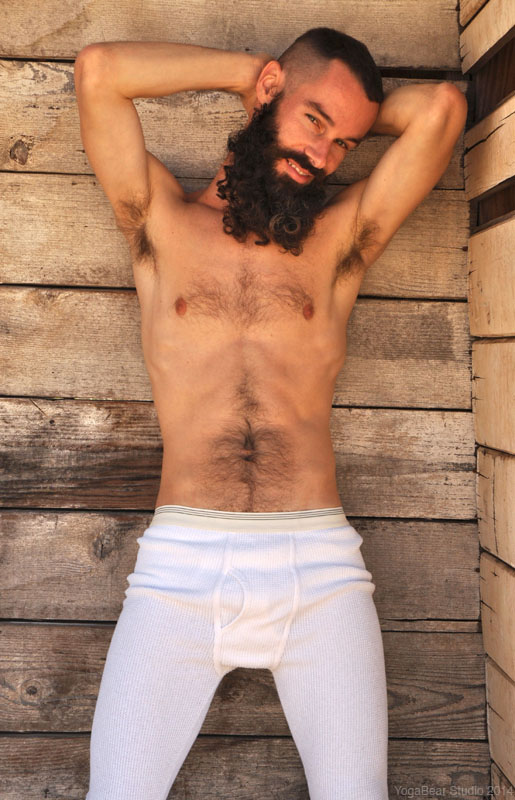 The model in this case is Toronto's Darren Wall and the Photographer, David from YogaBear Studio. The location, a old porch located within a nudist colony in San Diego. David sent on close to two hundred images in various locations, but there was something about that porch that had me wanting to make it the starting place.  The porch was actually once a small set for an old western movie shot many years ago and according to David, continues to get more and more wonderfully weathered every time he shoots there. David's use of wonderfully weathered struck me as they are not two words put together and use to describe most things, living our otherwise, that we encounter every day. 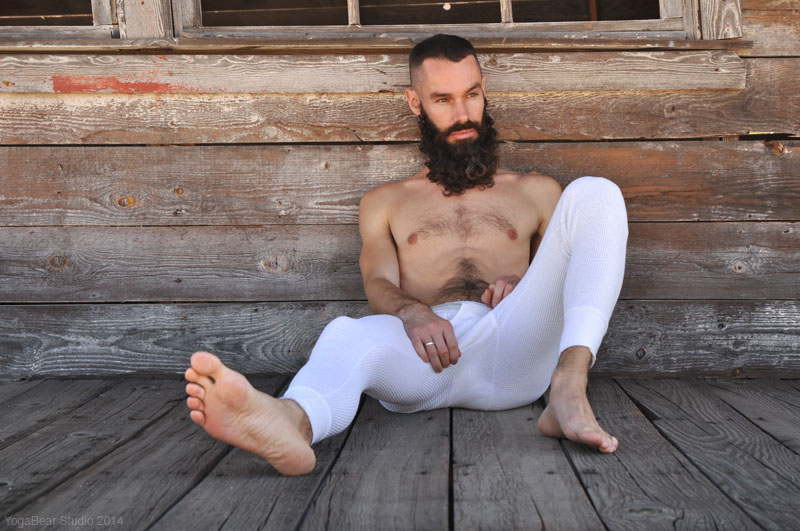 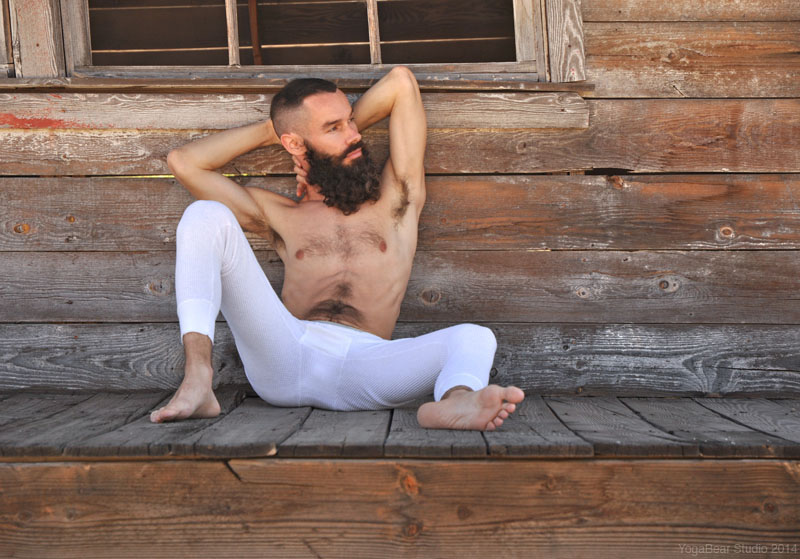 With Darren in the foreground however that weathered wood seems to come to life. A hot naked body tends to sometimes do that, especially one with such a great smile, playful blue eyes and that amazing beard. The white long johns, maroon onesie and especially Darren's skin and hair, bring out the knots intricate lines and patterns and beautiful muted colors of everything under, beside and behind him. It is also rather appropriate to start with Darren on the porch. Porches are often the entry way into one's home, one's life. It is the first thing we see when come upon a dwelling and acts as a passage way to what's beyond. Sometimes it is reflective of what's inside, other times it is a mask, covering what lays on the other side. 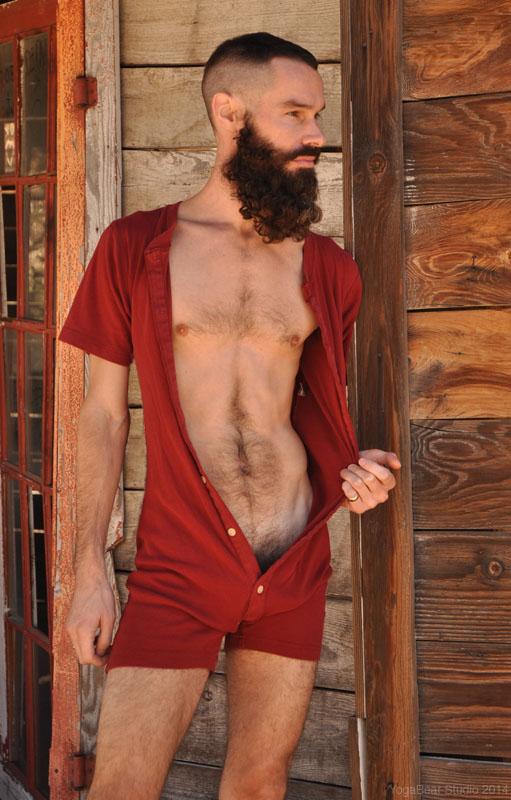 'Very, very slow movement was needed, in order to take each shot, because of the dryness and splintering of the wood. It was my first shoot, in a couple of months, so I was a bit nervous and wondered if I would find my stride. As soon as a heard David soothing, soft voice of " oh that's great" I knew we'd get some amazing shots.' 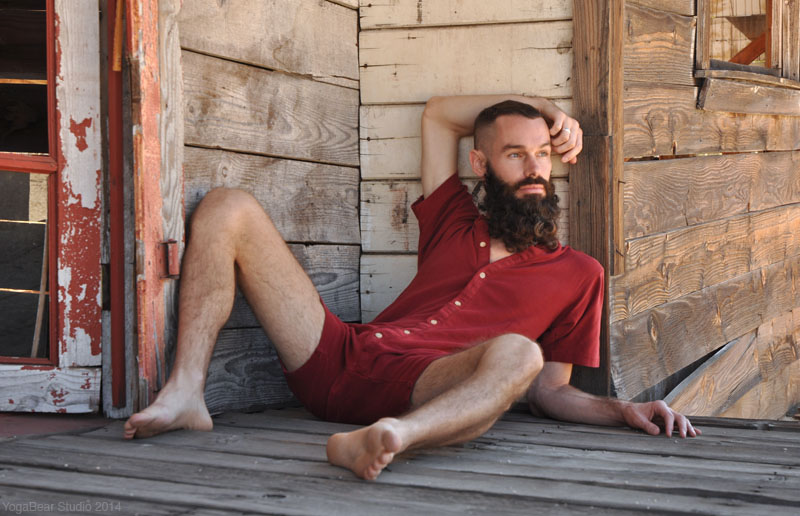 Aside from watching out for those splinters, especially when completely naked, Darren says he loved the collaborative way David works. Model and photographer first worked together when David visited Toronto which produced images Darren says 'shed an honest yet tantalizing portrayal of who I am.' Darren got a great response from the images and was thrilled to head to San Diego for a weekend to shoot with David again. Darren loved San Diego instantly and the porch was the first stop and location and produced what Darren describes as some of the best images from the weekend. 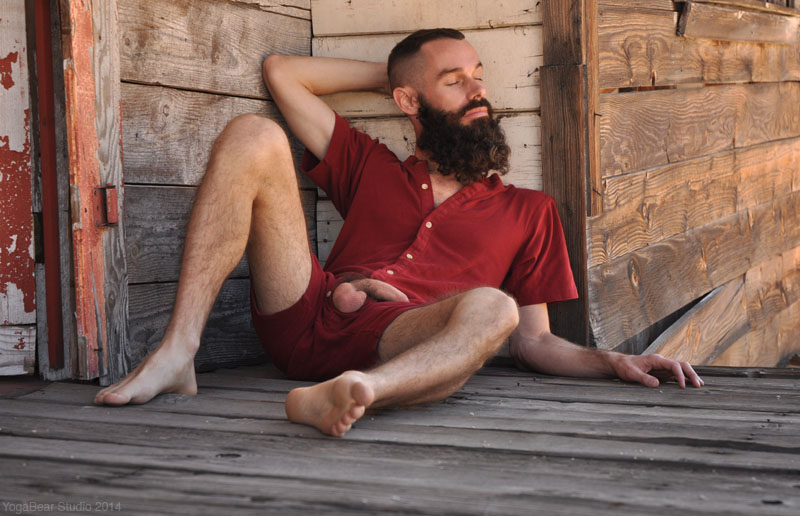 'Darren is a wonderful model--he's very focused on his art and brings a lot of grace and personality to the session. Our weekend of shooting was a true collaboration, developing poses together for each concept. Many of the best ideas for shots were his, and he perfectly captured the feeling I wanted for each of my concepts' 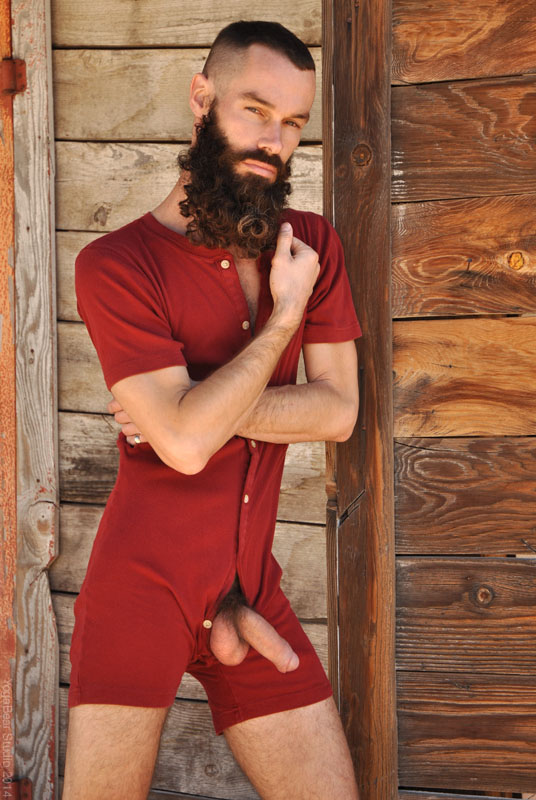 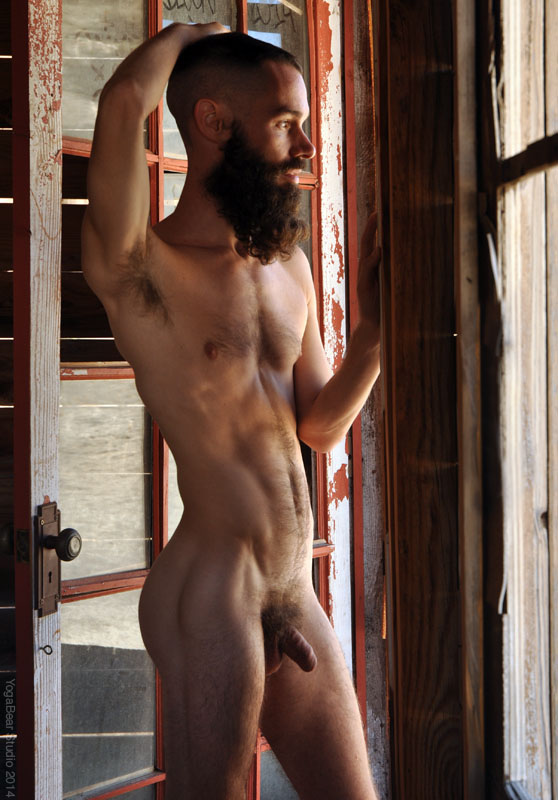 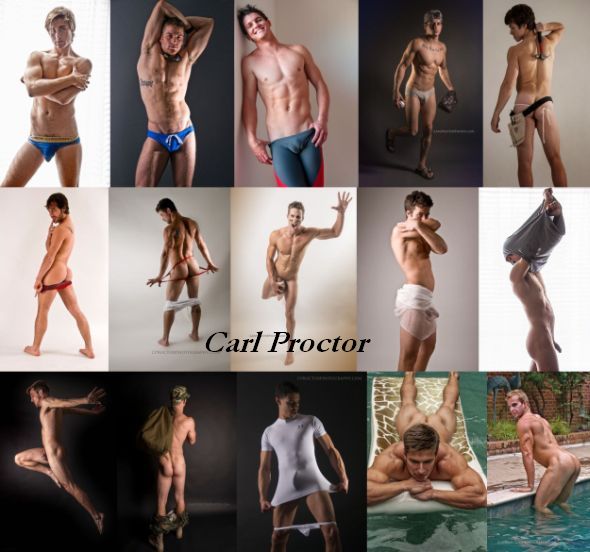 Now in year eight, I continue to feel honoured that artists I admire, trust me to tell a story with their images. I have looked at most of the other sites and blogs similar to FH and honestly believe FH to be among the best, thanks of course to all those who have contributed over the years. As a thank you, and a way to celebrate the New Year, I am beginning a new feature to run for January & February. Without explanation as to why, I will post my four favorite images, and link to past features. The images I choose are from previous pieces on the blog, and not from their entire portfolio, the choices were difficult enough! We start today with Carl Proctor. 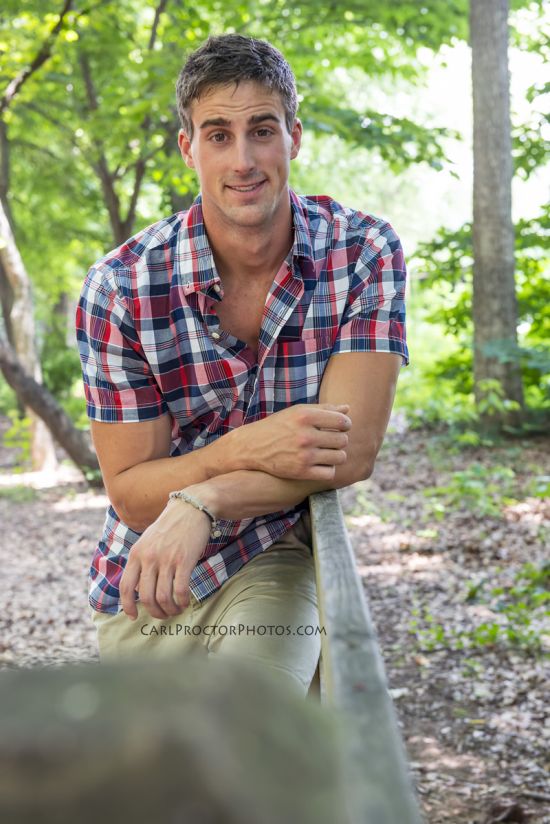 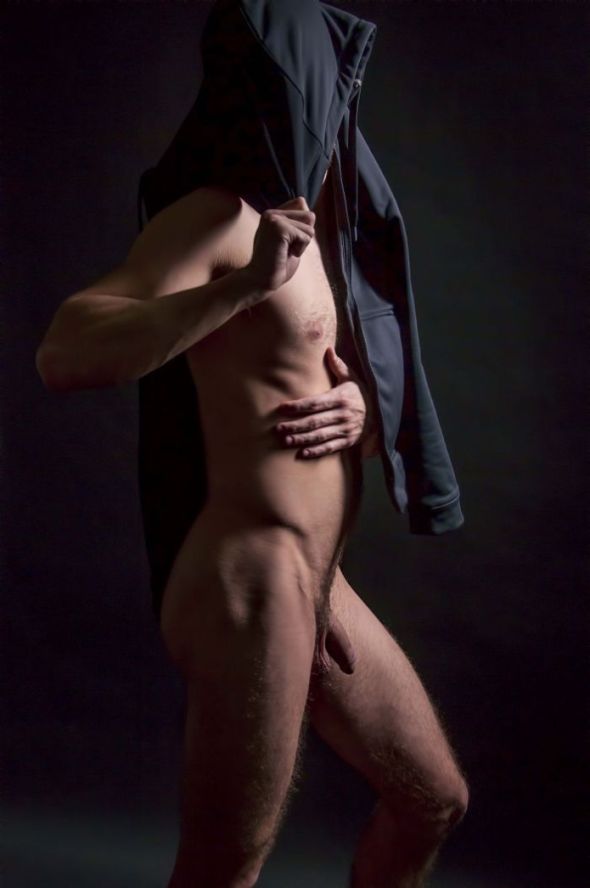 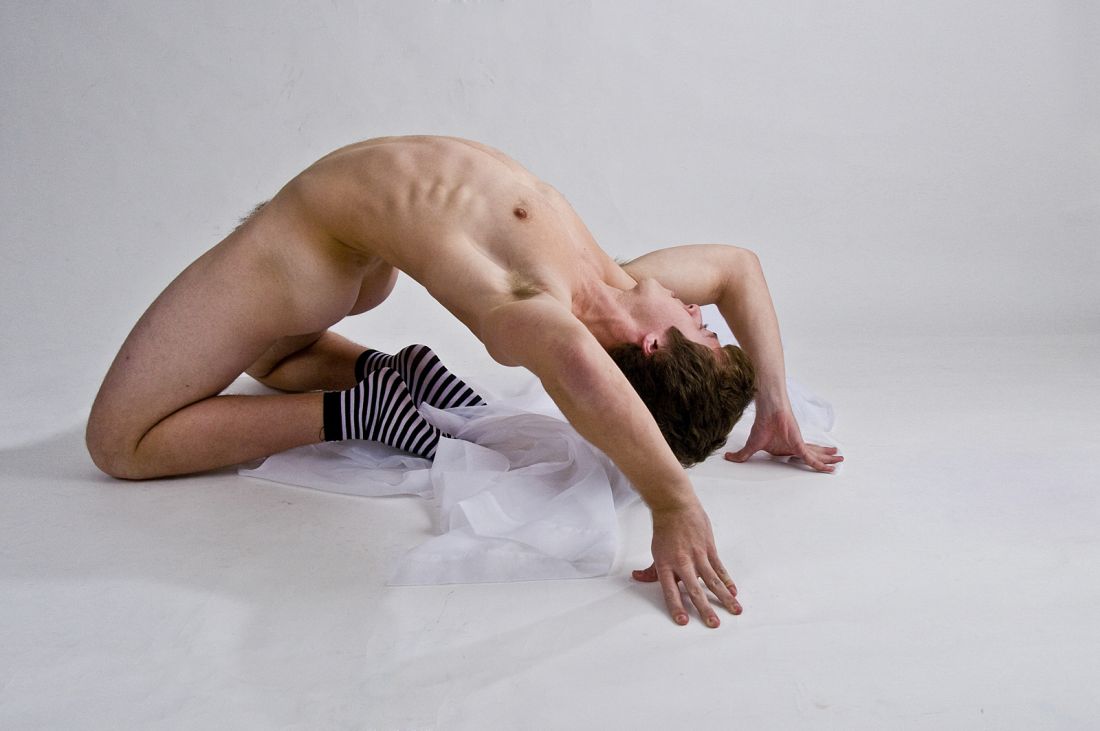 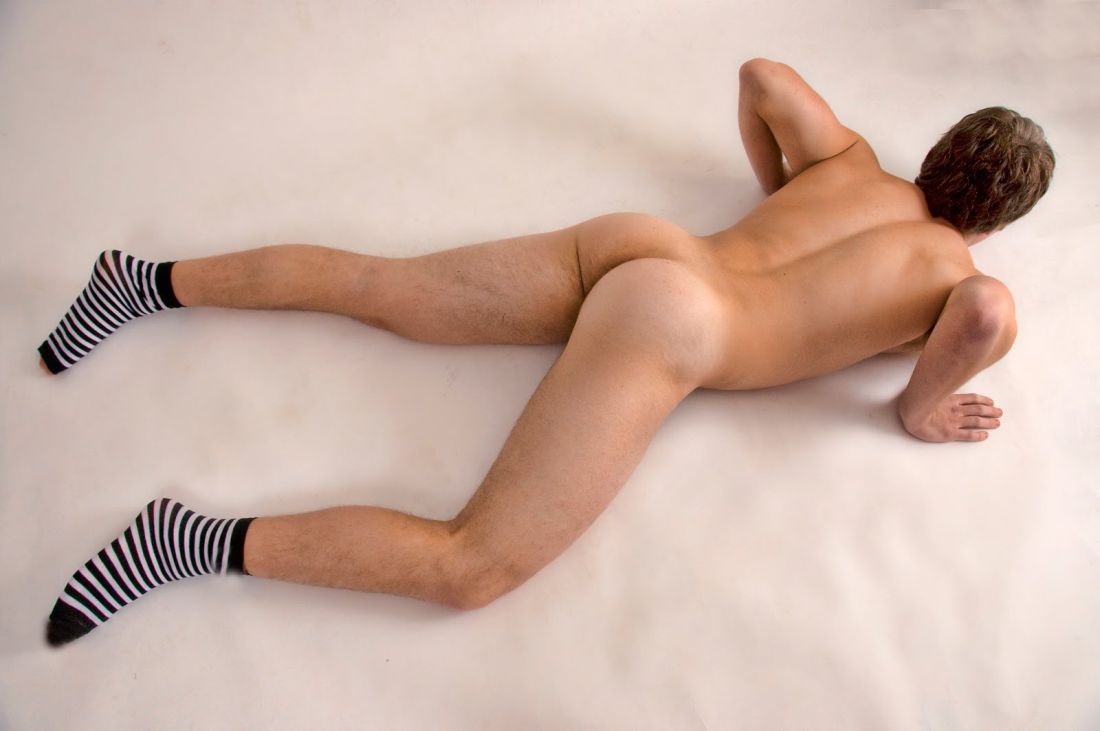