Favorite Pic of the Day for April 12th 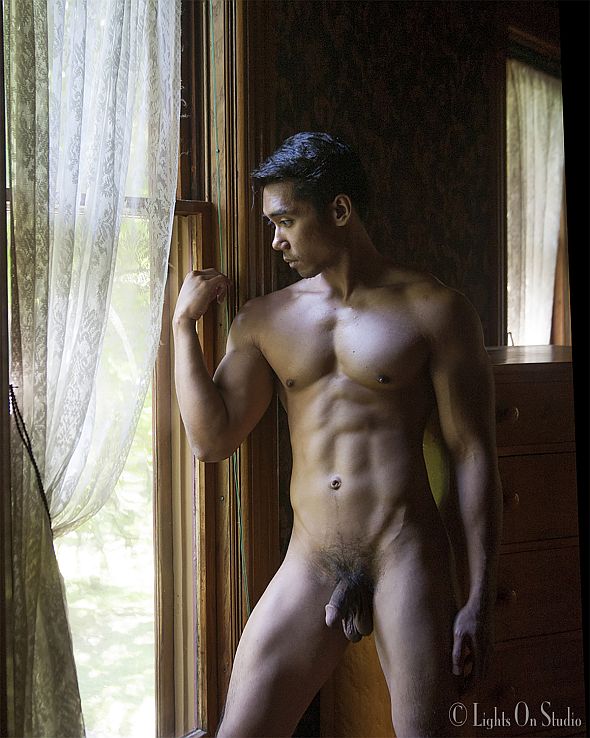 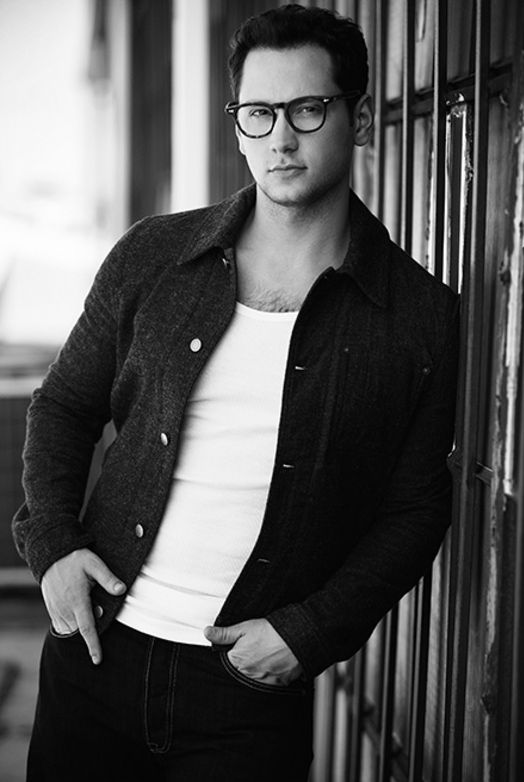 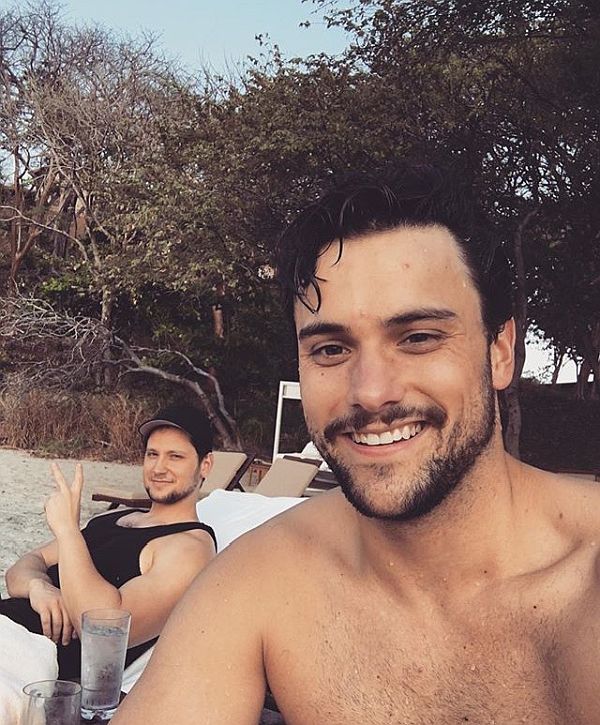 Above: In Costa Rica with Jack Falahee 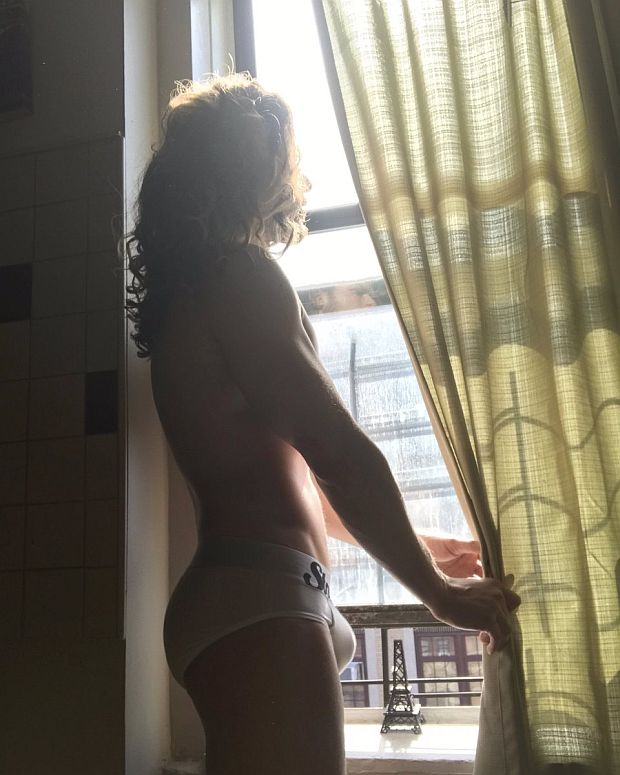 'If you learn to listen, you'll hear the sun whispering through your window, beckoning you to join the day.'
Joshua Brickman
at April 11, 2017 No comments:

Blast From the Past: Laurence Lau 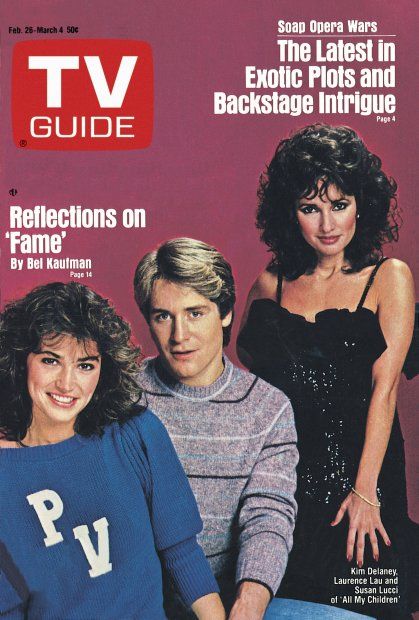 I was a little young to remember actor Laurence Lau on All My Children, but his character Greg's romance with Jenny was one of the most popular super couples during the early 80's. I do however remember coming home from school in the late 80's, making a peanut butter sandwich, and watching Another World with my mother. Laurence was playing Jamie Frame at the time and dealing with Vicky Hudson in the form of rising star Anne Heche. 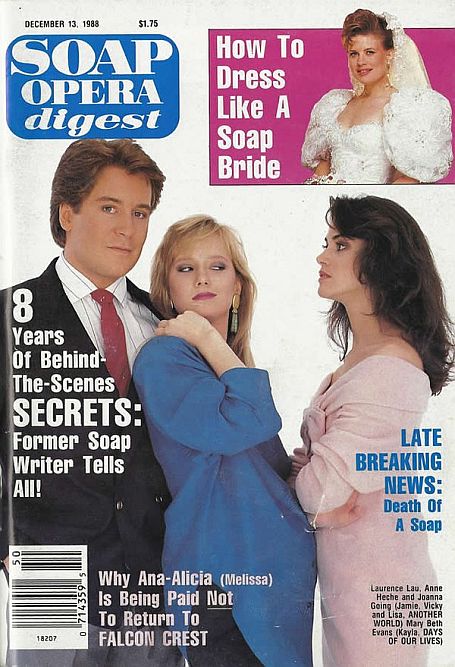 Lau was replaced by Russell Todd in 1990, but I remember thinking how cute he was at the time. I don't remember Lau showing much skin on AW, but when I recently came upon an old speedo' shot of Laurence, thought it time to he made a FH appearance. Although rare today, soap stars from the 80's were often shot in a speedo for a shoot. Soaps here huge in the 80's and there were dozens of magazines promoting the shows and their stars. 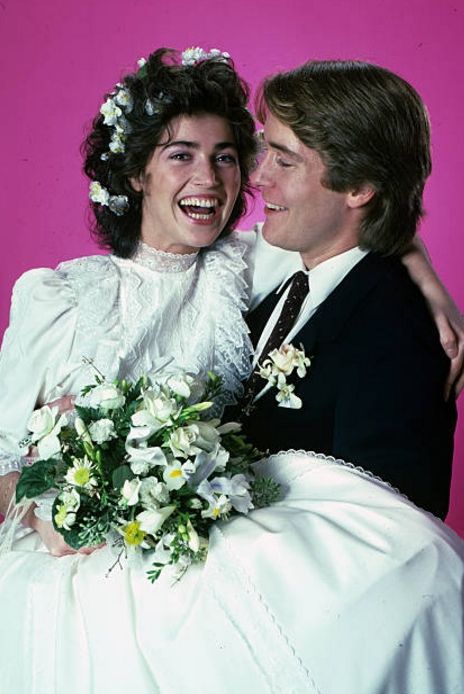 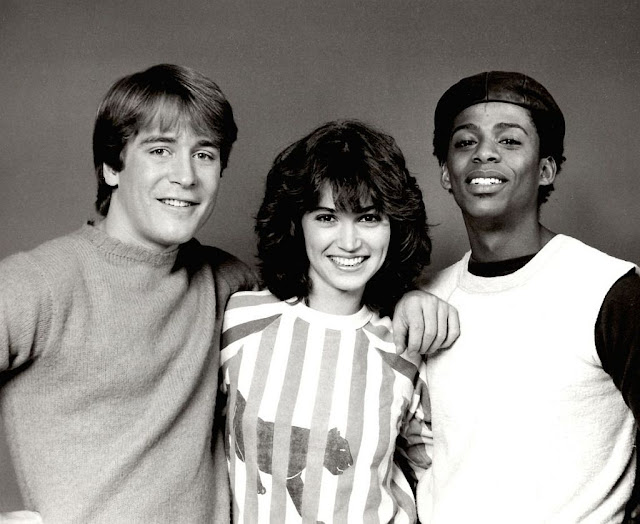 Most of these magazines, like the soaps they covered, have long ended, but thanks to the net, their content is still available. I wish there was a central site that published images of celebrities from the 80's and 90's, but I did manage to find a few of my old 'haunts' that had a few more shirtless and speedo shots of Laurence. 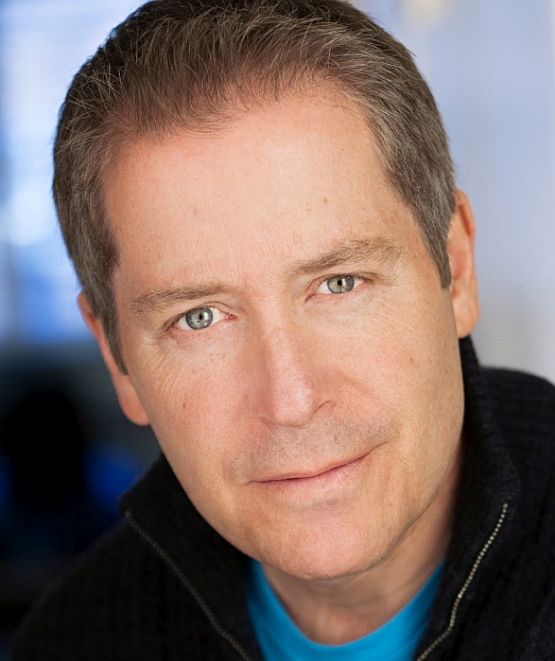 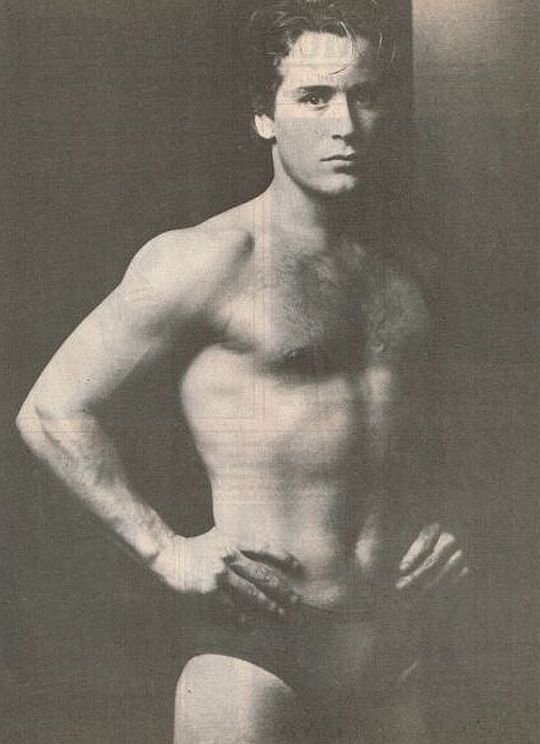 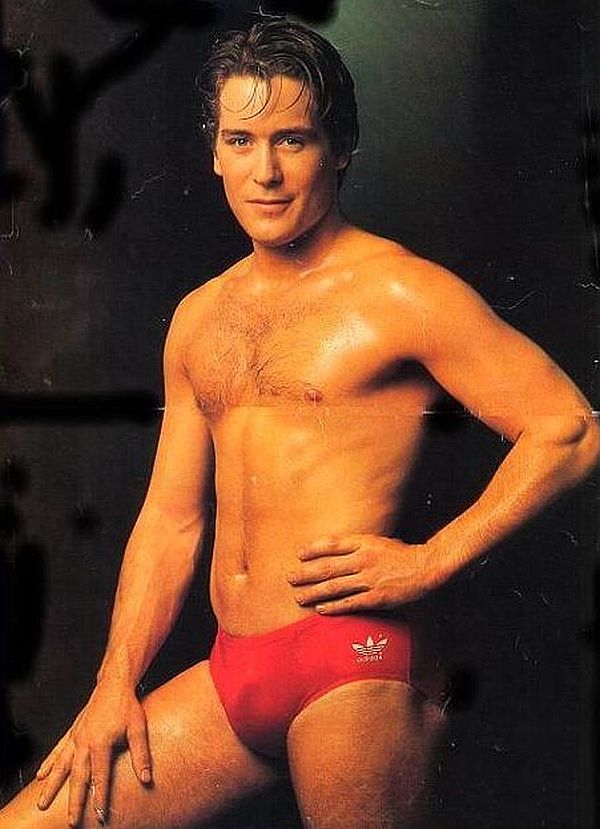 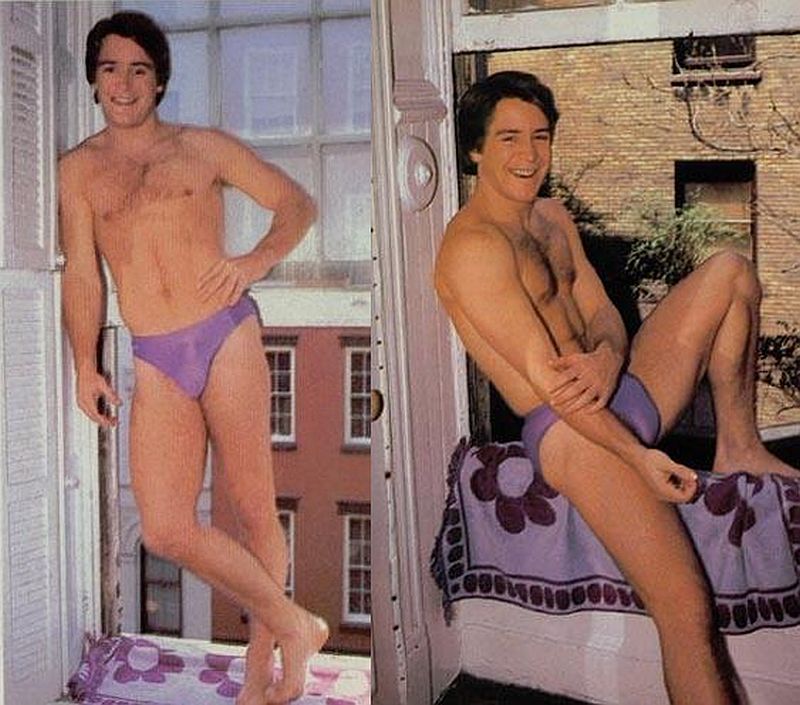 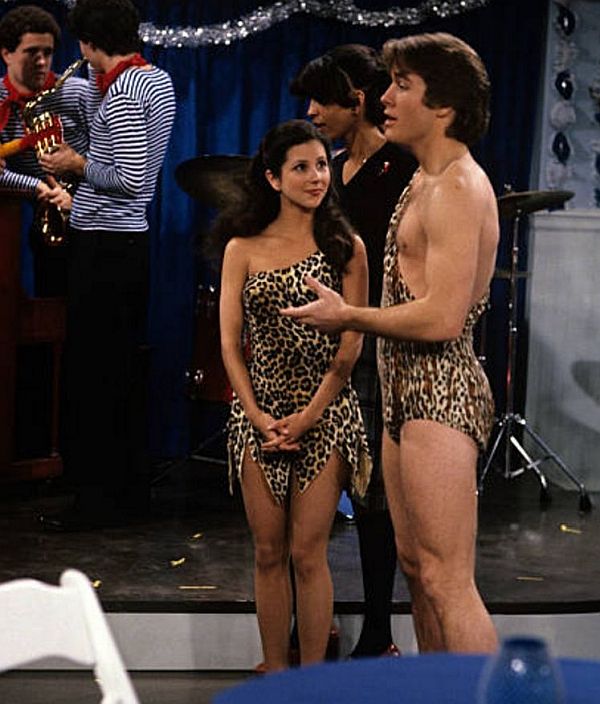 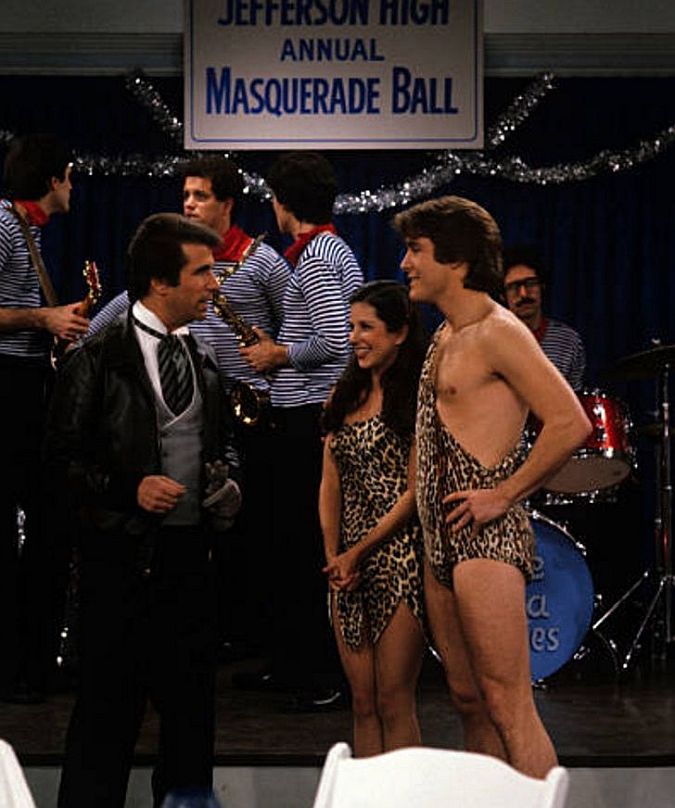 Email ThisBlogThis!Share to TwitterShare to FacebookShare to Pinterest
Labels: Blast From The Past, Classic Soap Stars

A Victorian Life: Nas by Lights On Studio 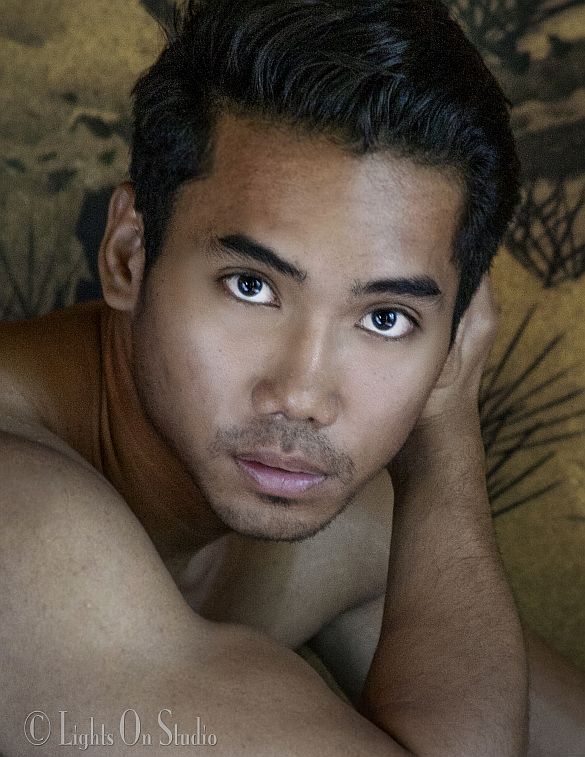 'I want to lead the Victorian life, surrounded by exquisite clutter.'
Freddie Mercury 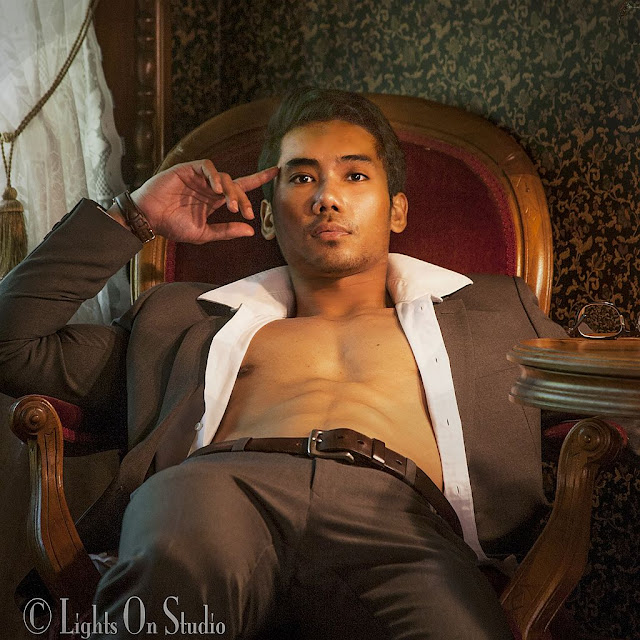 I was first introduced to Tom Nakielski's (Lights On Studio) work with the stunning Nas last fall. Tom had sent on a few shots of Nas to be included in the double feature I posted showcasing some of Tom's favorite shots. (Ray of Light) I loved Nas' look and the beautiful way that Tom captured him in their four shoots together. 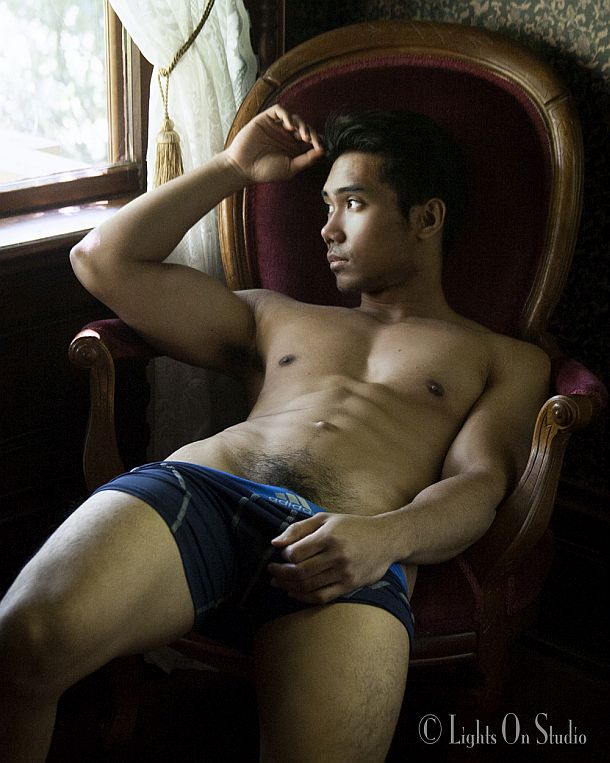 Tom's images have an elegance and luxurious texture, and many of his shoots are also themed with a strong a nod to the past. History is weaved within his themes and the props and costumes his models wear. Nas too has an elegance which exudes from his poses and beautiful brown eyes. It made perfect sense then to shoot Nas with a Victoria home belonging to a one of Tom's friends. It was originally owned by the town banker. The current owner is in the process of restoring it. 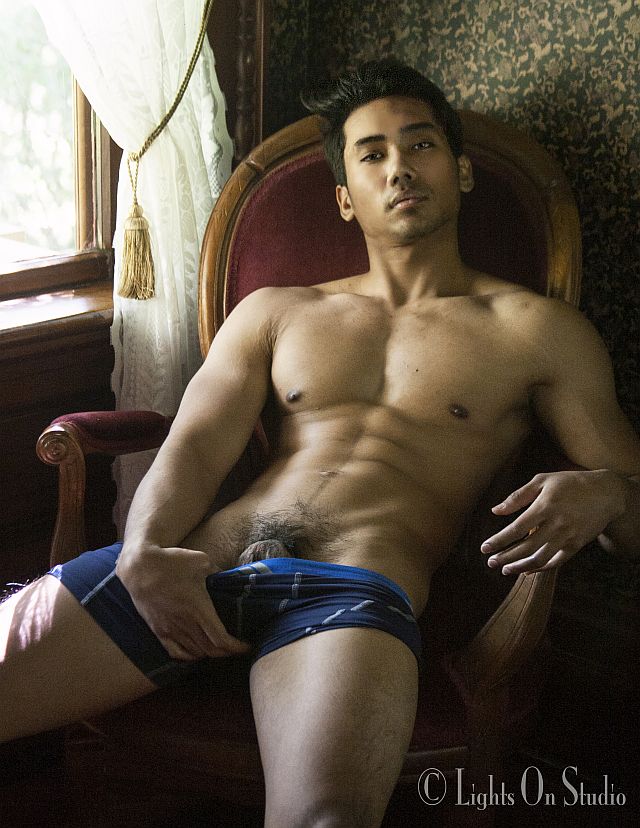 Victorian Homes are homes built during the Victorian era, referring to the reign of Queen Victoria from 1837–1901. The home in which Nas was shot was built in 1892. Victoria homes are distinguished by their architecture often including sharp and high angles, decorated roof line and slates, patterned brick and lavish porches, often going around two or three sides of the house. They also often contain stained glass windows, and many were built with fireplaces in each sitting area and bedroom. 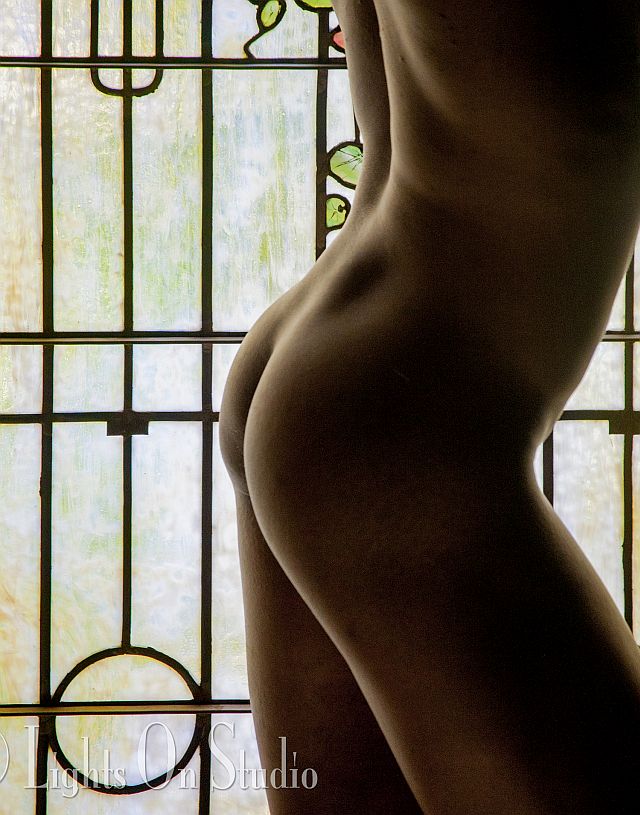 'Nas was the perfect subject for this location shoot since there was a lot of Asian art in the house. He is a natural in front of the camera and his body flows without effort. Even his fingers are fluid and graceful. I was sure he was a dancer but to my surprise he says he can't dance. I think it would be a thing of beauty to see him moving across the stage.' 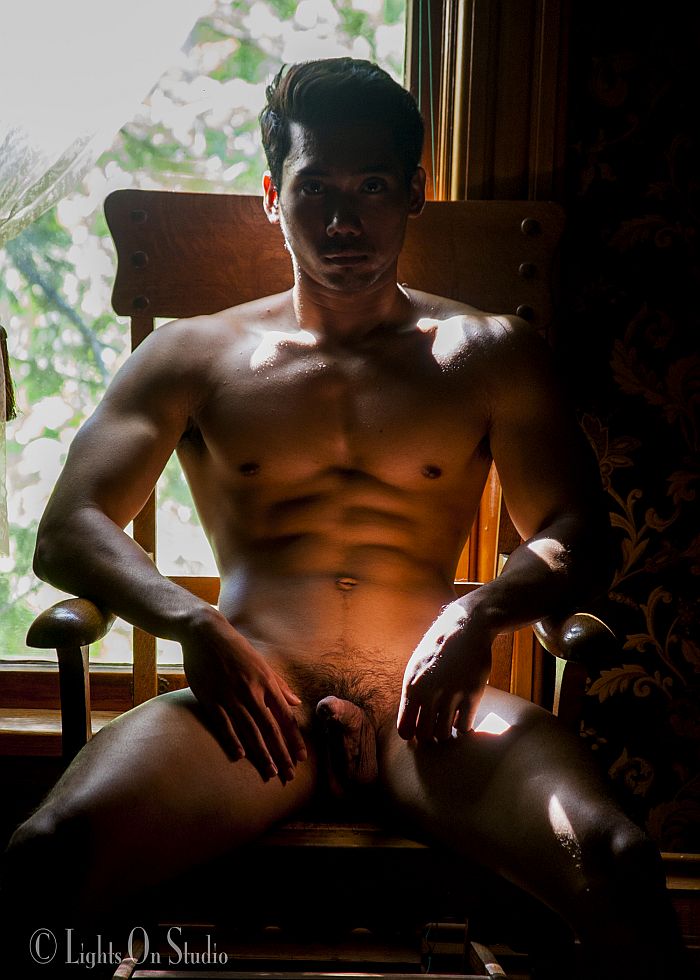 I especially love how how Tom used the light from the tall wooden windows. Victorian homes often have colored wallpaper and dark wood, and light streaming in adds to the elegance, especially when streaming over Nas' beautiful body and skin. Sadly, this may be one of the last shoots for the Malaysian model who will graduate from University this spring. Tom shares he has already been offered a job on the west coast and will be leaving to begin his job at the end of the semester. Hopefully I can dip back into Tom's archives and share more of his work with Nas in the future! 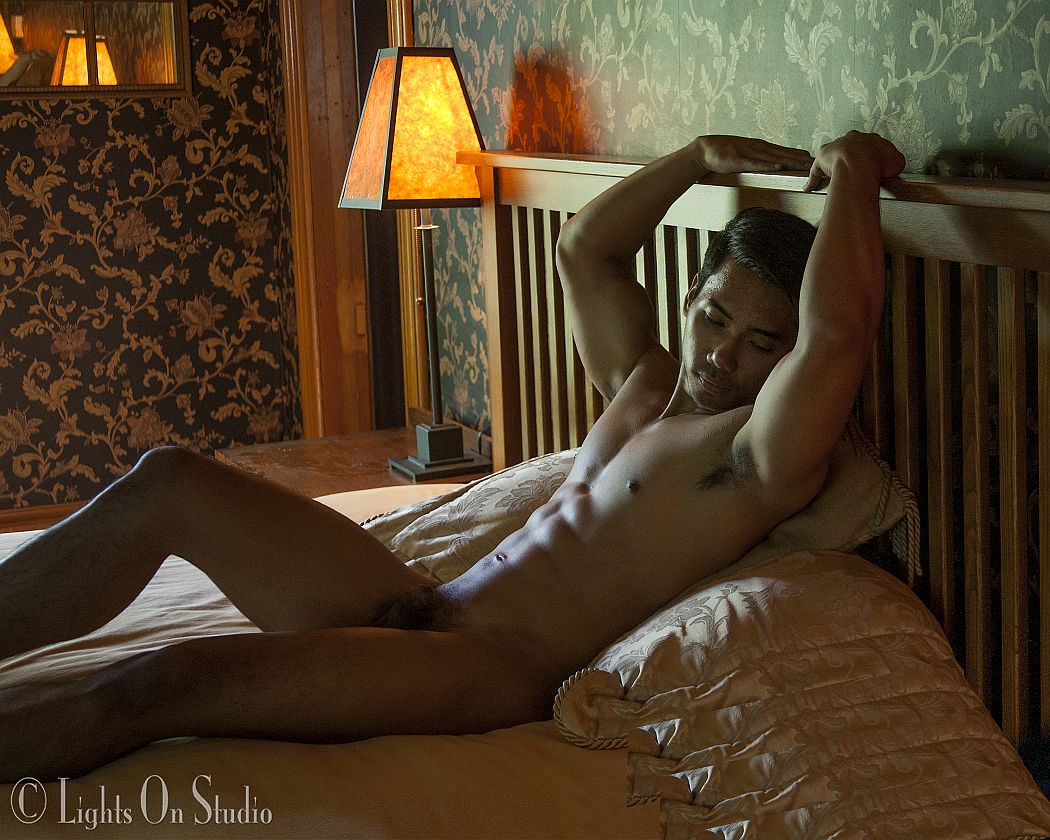 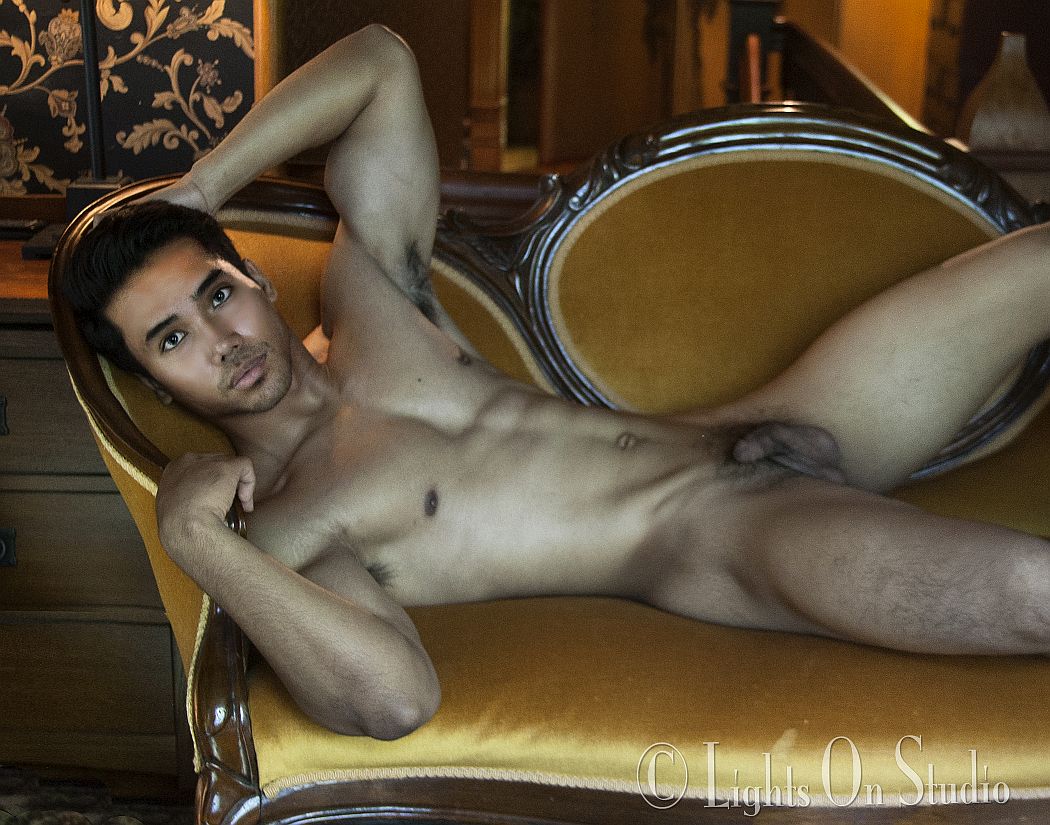 Lights On Studio tumblr
Lights on Studio on ModelMayhem 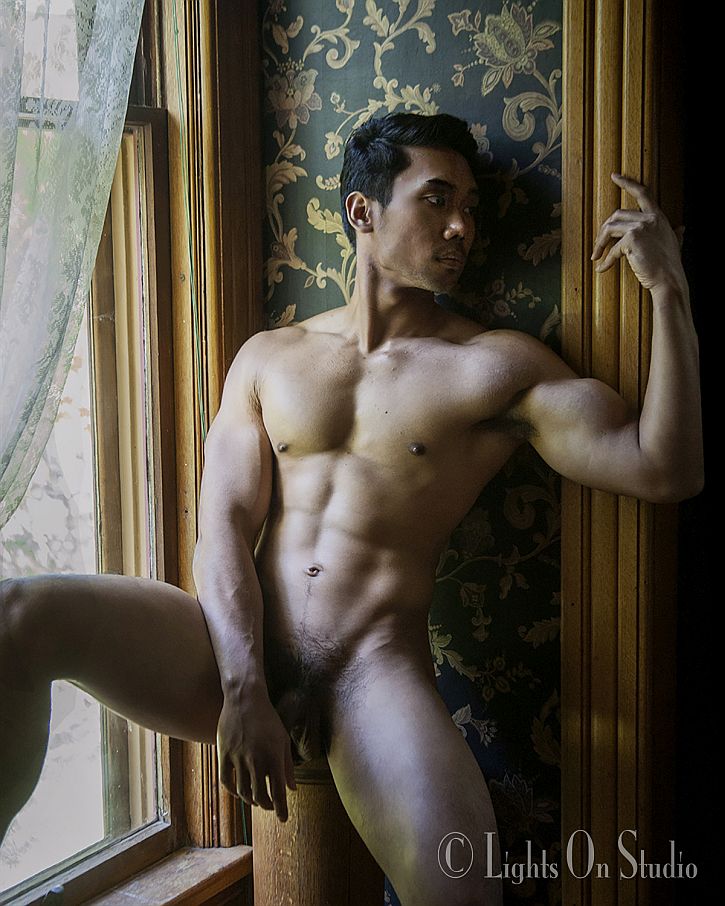 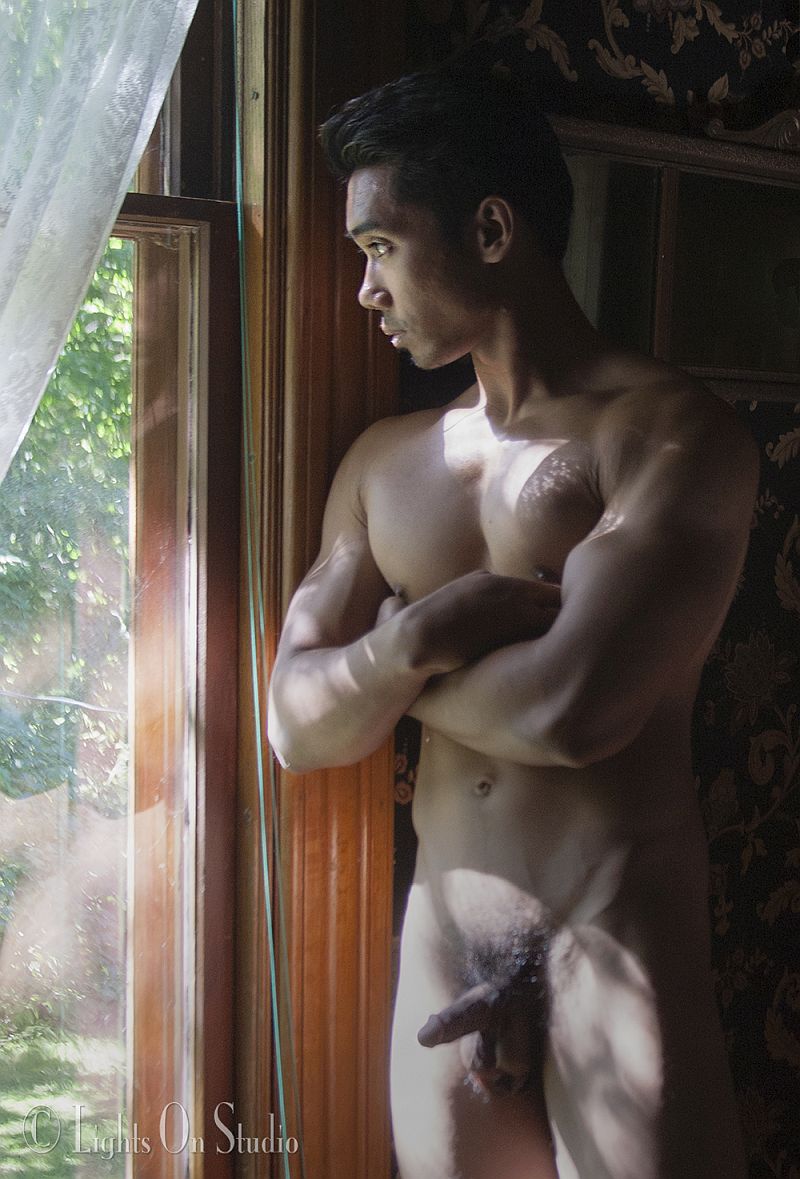