Favorite Pic of the Day for May 9th 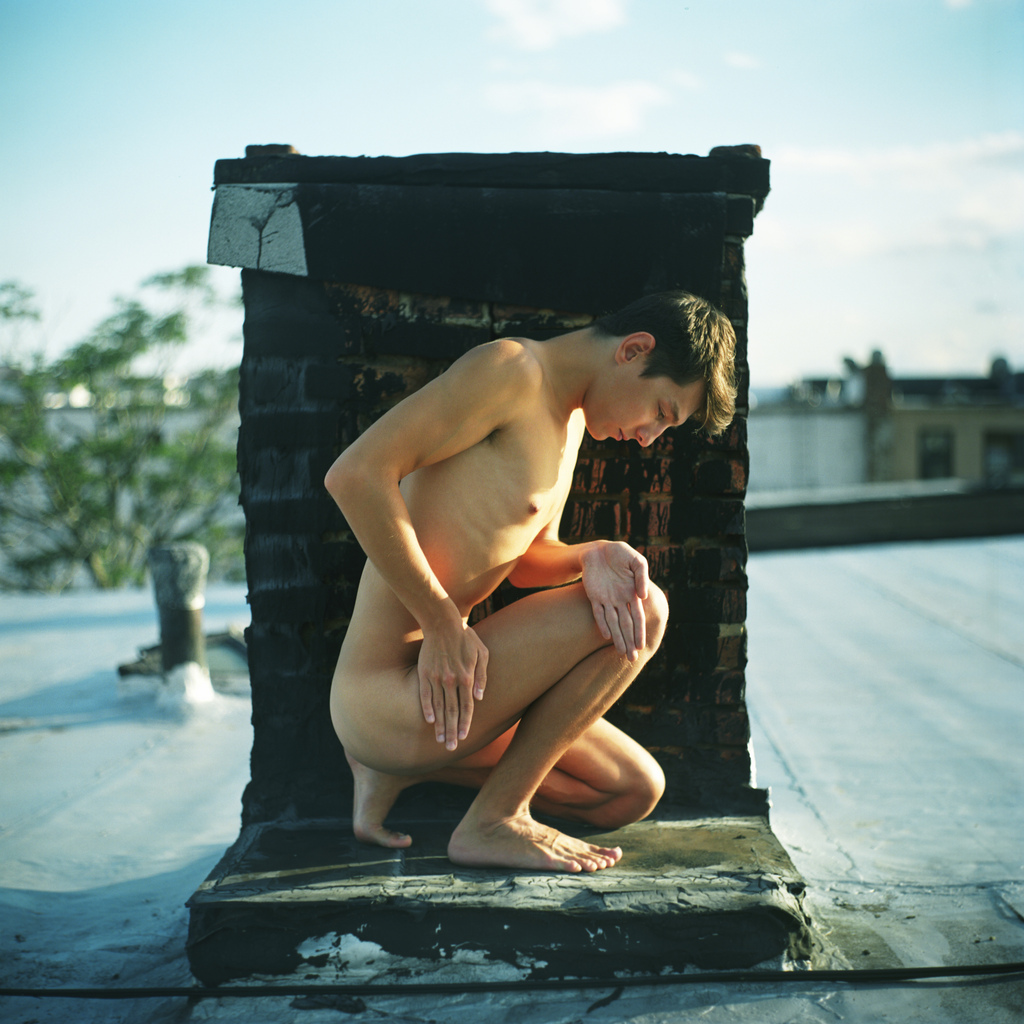 Above:
Image from Alexander Kargaltsev
-See More Below-
at May 09, 2014 No comments: 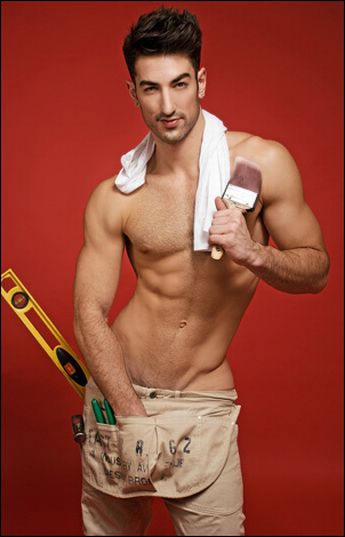 Happy Birthday to one of Broadway's best, Brandon Rubendall!
Check out more of Brandon on FH HERE:
and more of today's birthday boys HERE:
at May 09, 2014 1 comment: 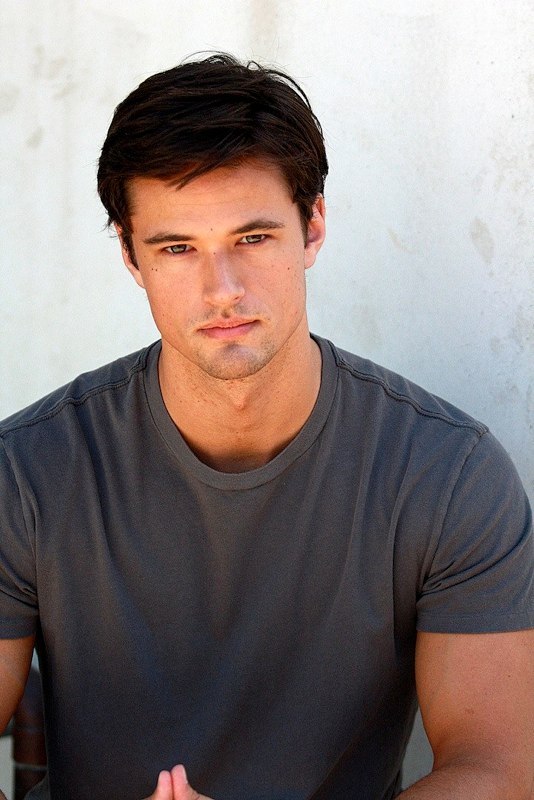 Once you get a glance of the beautiful eyes, mouth and face of 29 year old actor Matthew Atkinson, it is almost impossible to shake and want to see more. Currently playing a cameraman (possible stalker) on the CBS soap The Young & The Restless, the Atlanta born actor is also known for his roles on Parenthood, One Tree Hill, Drop Dead Diva and the ABC Family series Jane By Design. Definitely One to Watch! 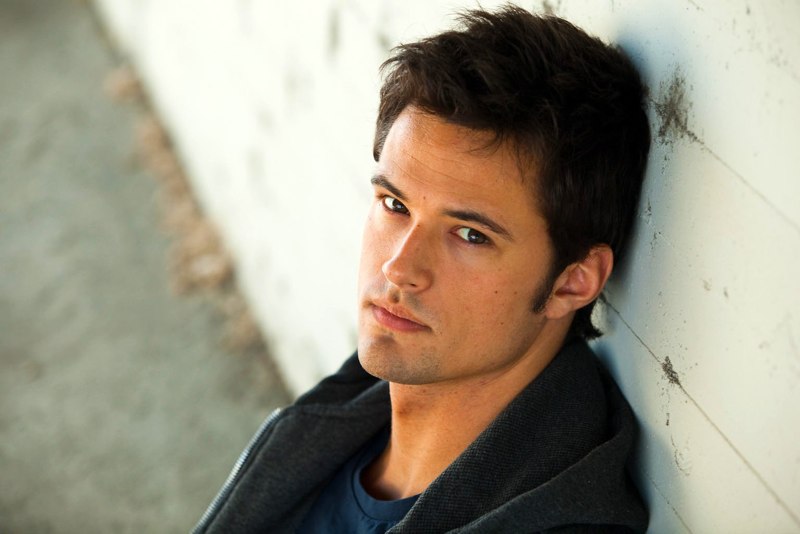 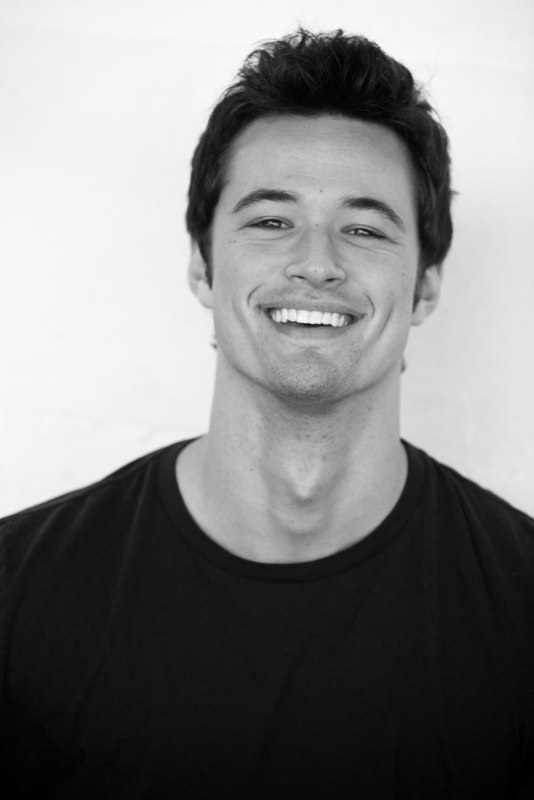 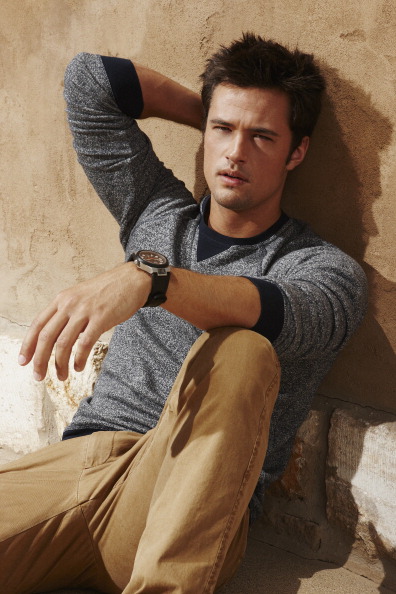 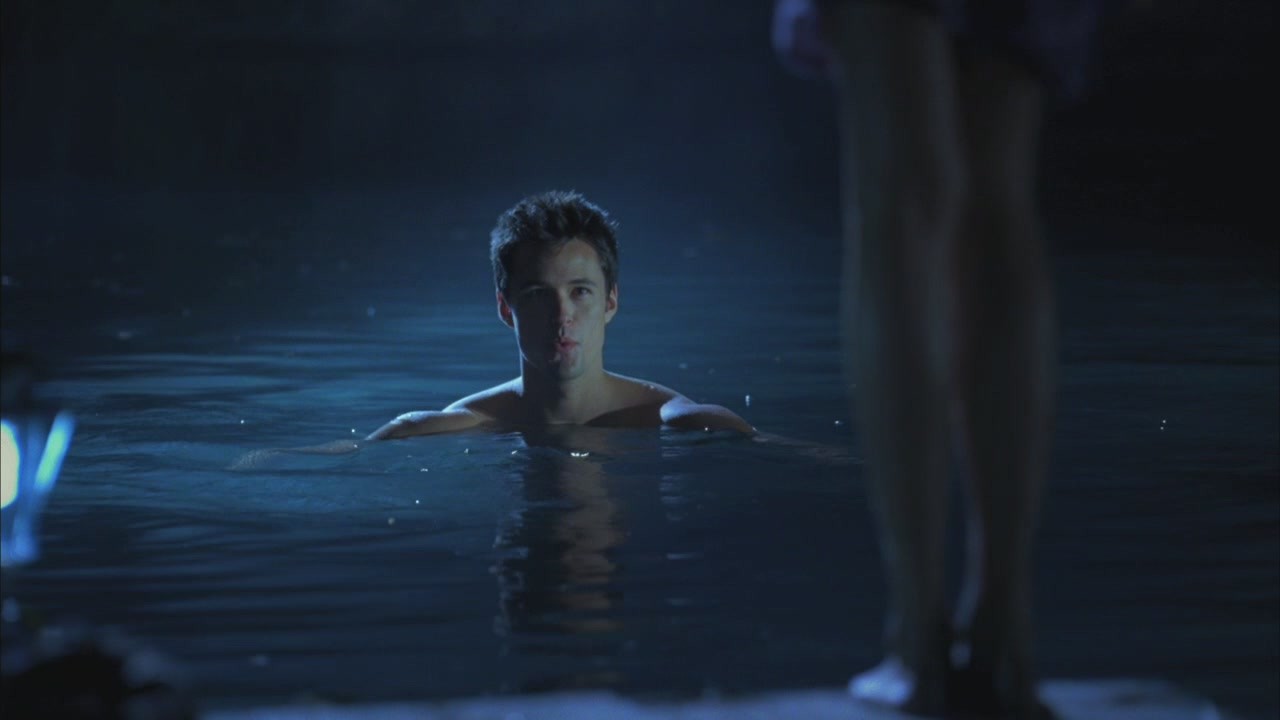 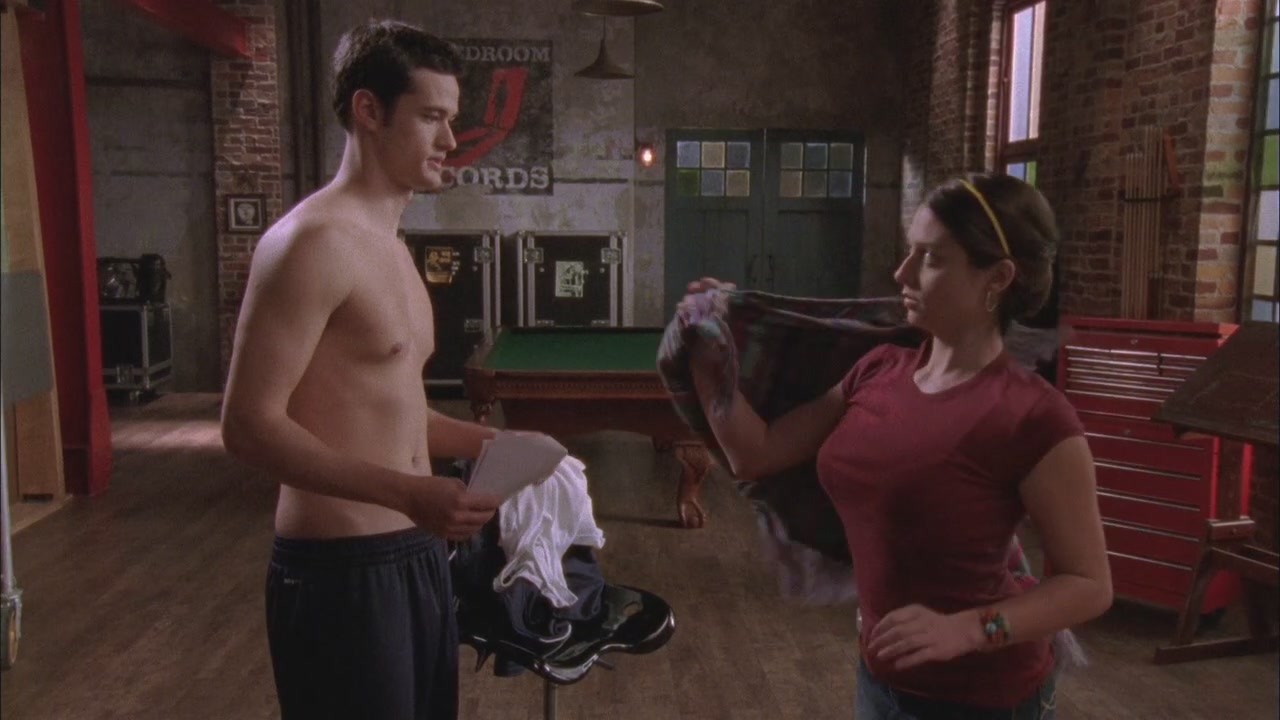 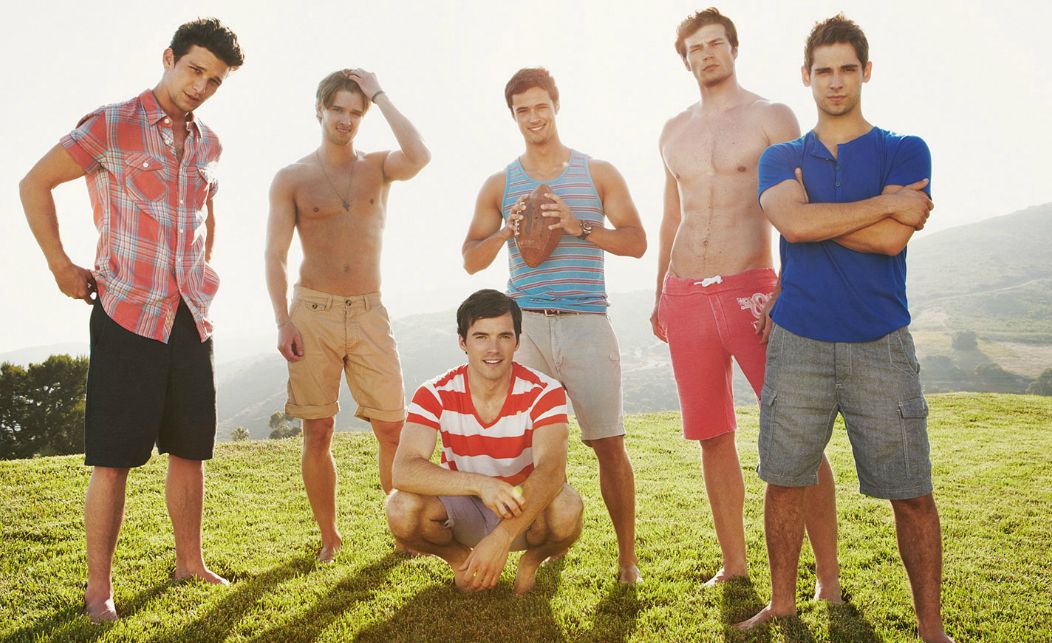 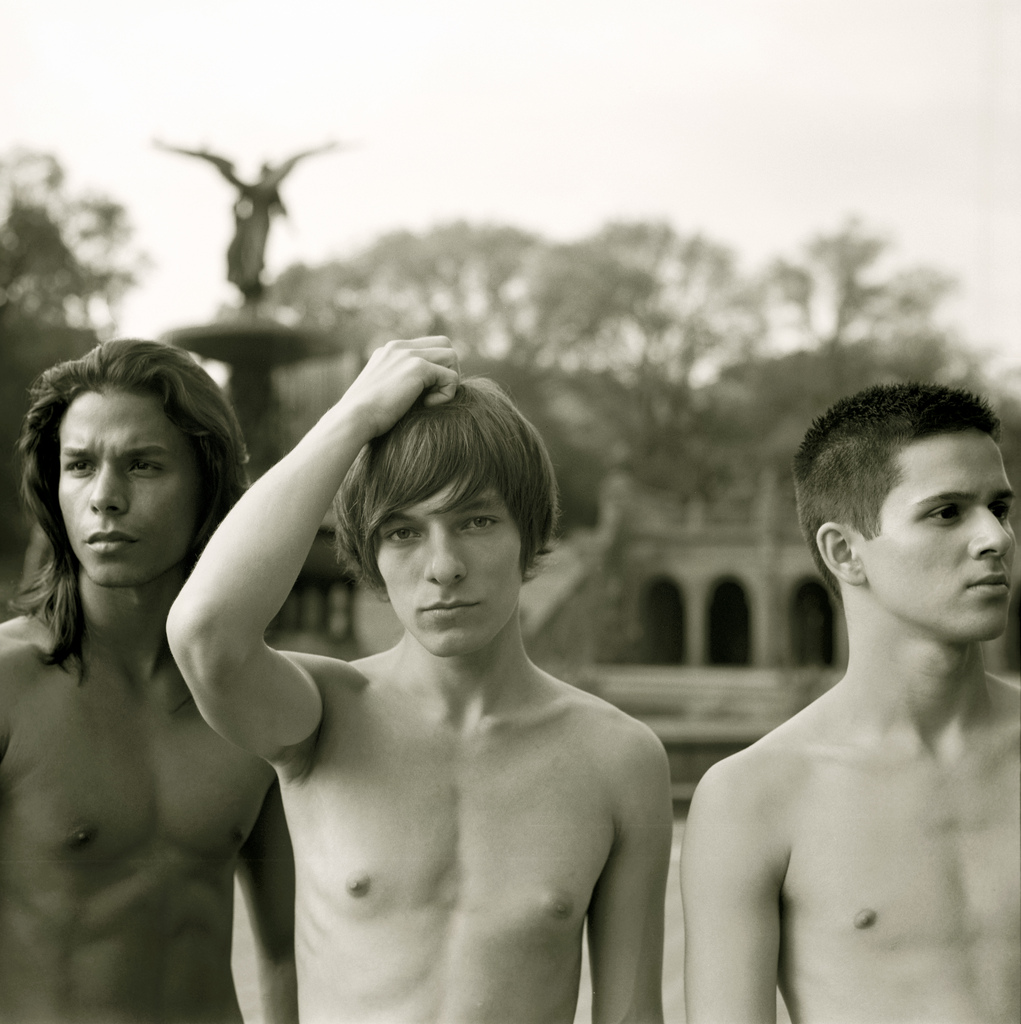 'They left us lying in blood in the street'
Alexander Kargaltsev 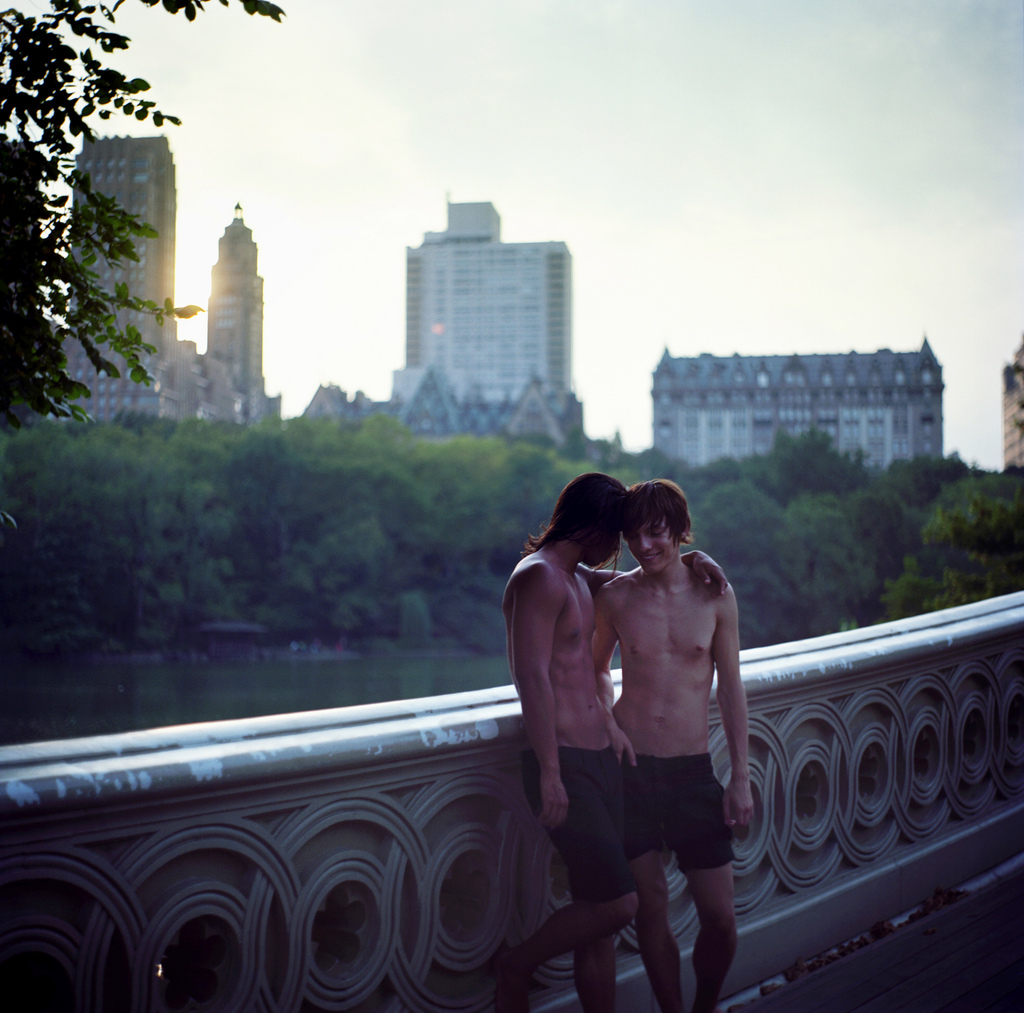 As is often the case, my love of a photographers work most often begins with one image. Usually, when I pull together a feature on the blog, I use that one image as pic of the day. My thinking is, that the feeling or emotion that first hit me will also hit others and encourage them, as it did me, to explore more about the artist and their work. In the case of photographer, author and film maker Alexander Kargaltsev, placement of that initial image became sort of a dilemma. 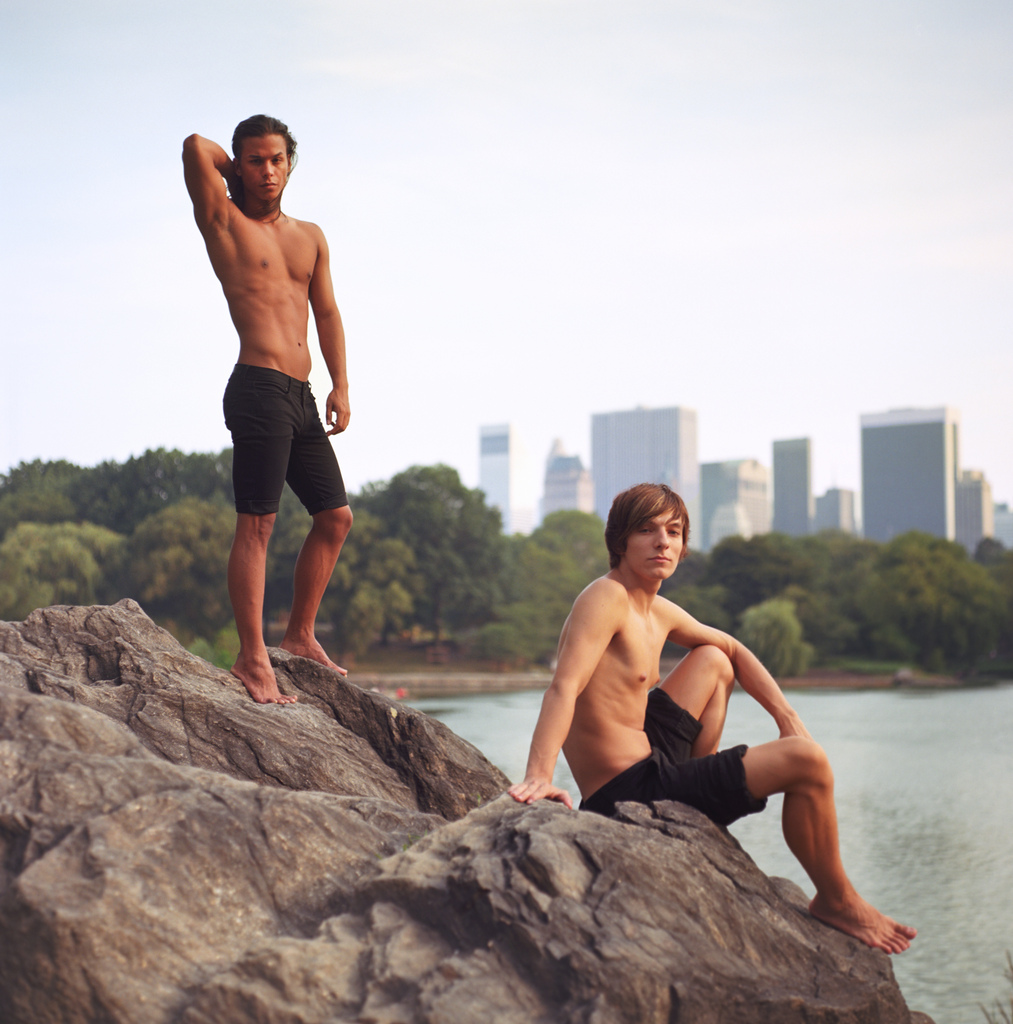 The image was one of the most impactful images I had seen in awhile, from an artist clearly connected to the pain and torment expressed within. Born in Moscow, Kargaltsev has experienced the persecution first hand. Although now living in Brooklyn, after moving to the US after winning a scholarship to the New York Film Academy, described clashing with Moscow military police during a gay pride rally in the Russian capital. The image, which I ultimately decided to post as the final image in this feature, through proximity, framing and balance and especially for me pose, Kargaltsev created an image which perfectly embodied his theme. The models faces, one visible and one not, both equally express the depth emotions ranging from despair, support and ultimately hope. 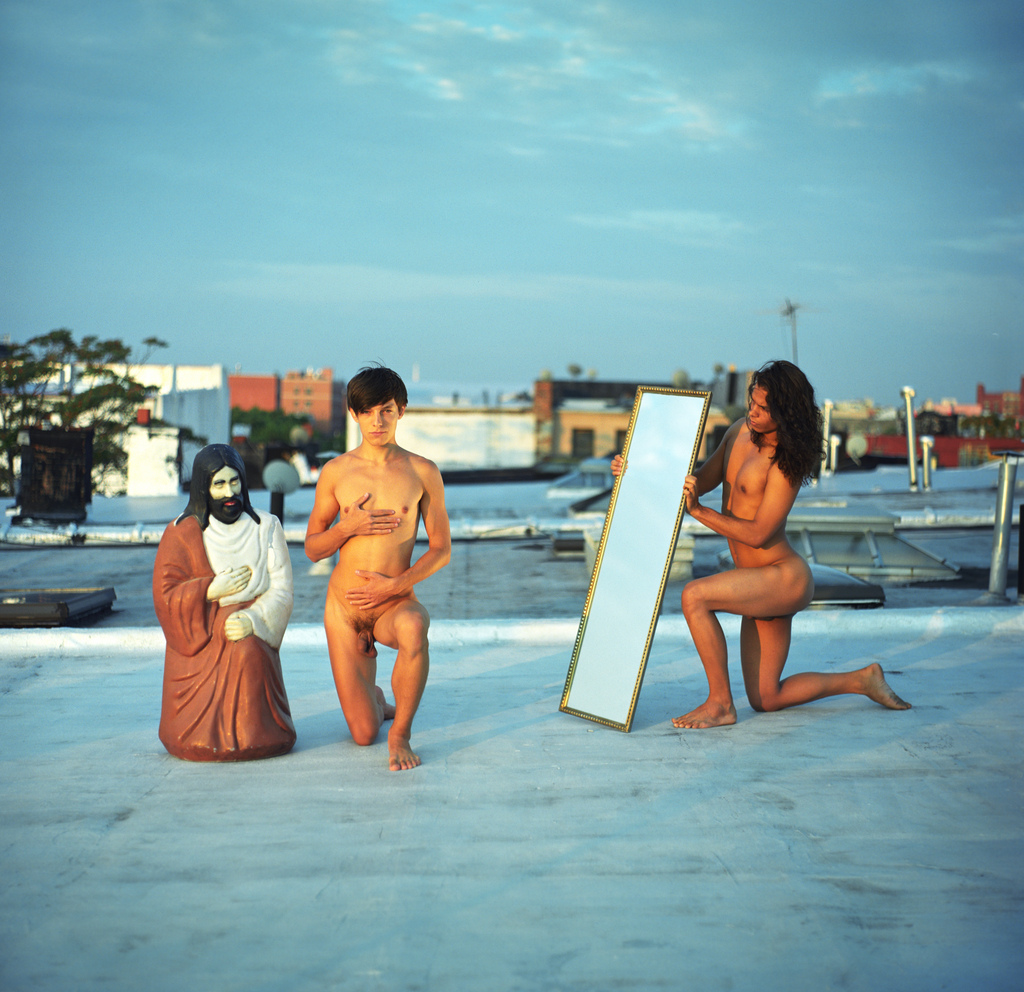 'The models' nakedness is a powerful visual statement imbued with symbolism. They are not nude but naked, for they had courage to shed the many layers of fear and come out to the world uncovered, vulnerable, yet proud.'
Ivan Savvine 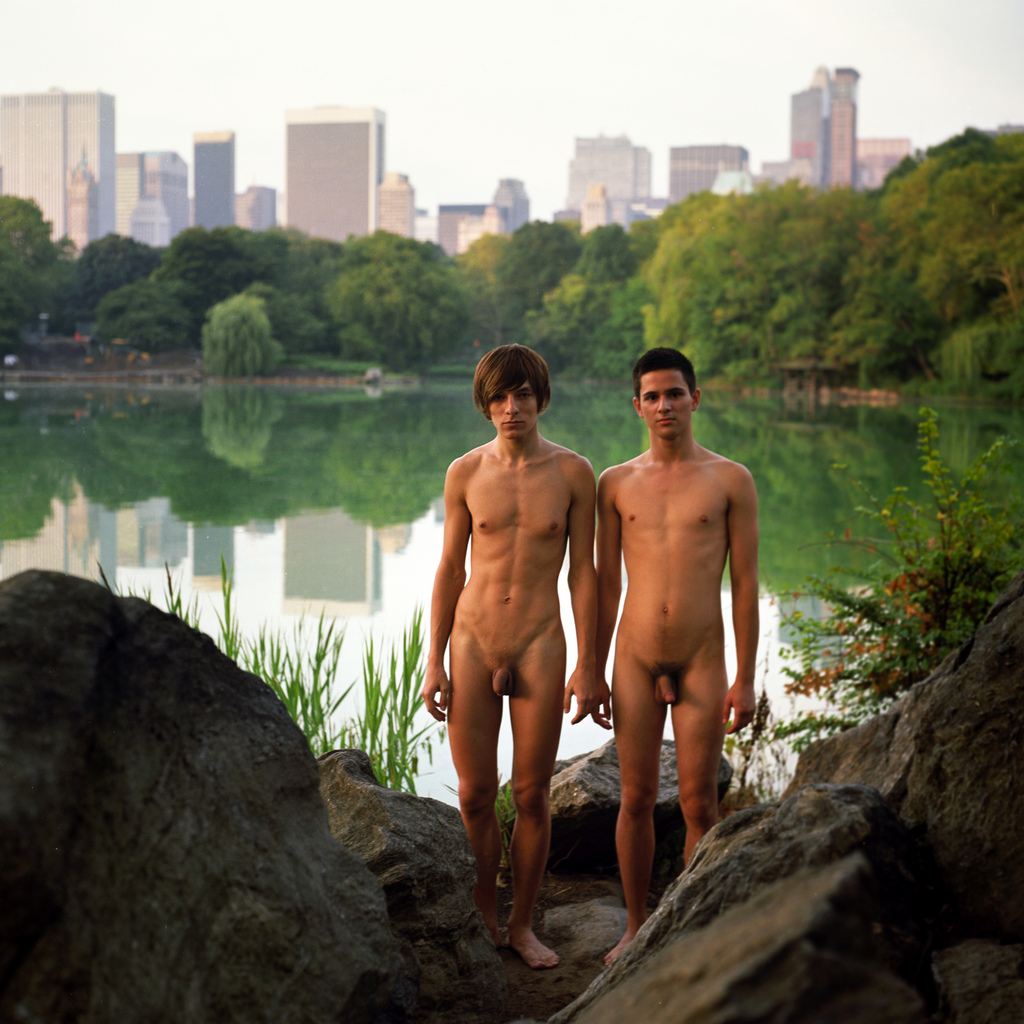 Alexander Kargaltsev's photographic project 'Asylum' explores the lives of gay men who fled Russia and sought asylum in the United States on the grounds of their sexual orientation. Kargaltsev's exhibition of Asylum took place in the Autumn of 2012 at New York's 287 SPRING in Soho. Although I wish had been aware of the artist work then, Asylum has also been preserved in book form featuring a 56 page collection of the artists images. You can preview or order the book HERE: 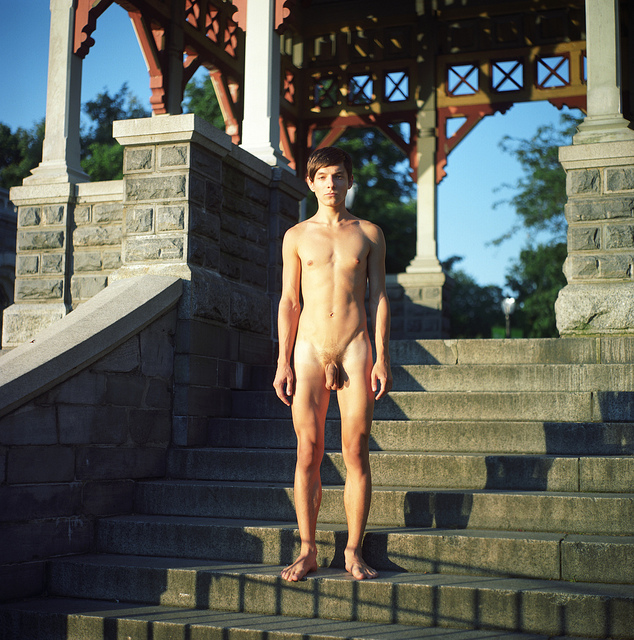 Asylum of course has many meanings, several weaved powerfully with the visuals. Kargaltsev's subjects have obviously achieved reaching a place of refuge in the US, finally physically free from the restrictions previously placed on them. Emotional asylum however, does not always occur as easily, or as quickly, as a change of location. The emotional scars, of being persecuted and mistreated, as well a leaving behind family and friends are still visible on the faces of the men Kargaltsev visually captures. 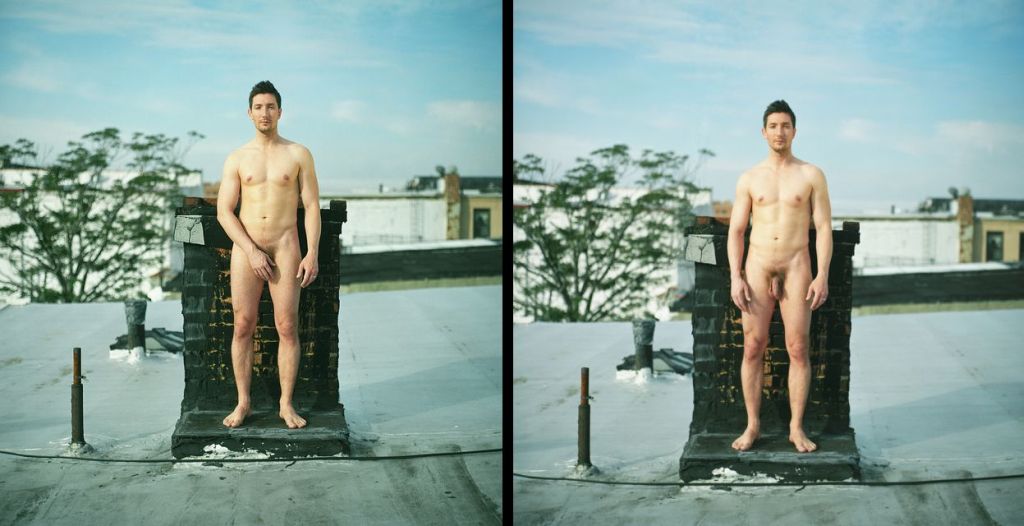 Asylum is also a word used to describe the walls the lock in those deemed sick, abnormal, flawed or insane. The borders of Russia became these walls and what I love most about Kargaltsev's work is a sense of freedom, not because of where they are, but because of what they left. I think for many of us, if locked in a place where we couldn't be ourselves and were considered abnormal, sick or insane... the first thing we would once the walls came down, would be to strip down and becoming naked, literally and emotionally and allowing ourselves to be unprotected and vulnerable for the first time in our lives. After years of suppression, running naked towards the sun, outside, to parks and fields without walls, being with, and supported by, others with shared experiences would be like a rebirth. The start of healing, and a new way of living without the fear which once so tightly held you back. 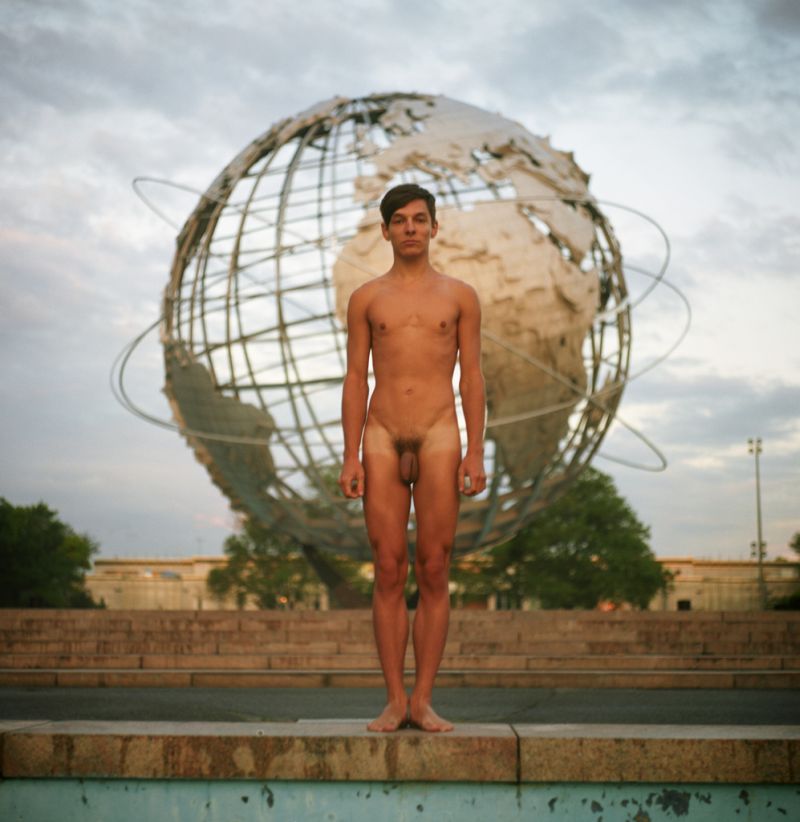 From his Website:
Alexander Kargaltsev is an artist, writer, photographer, actor and film director. In this last capacity he won many prizes including his short movies, The Cell (2010) and The Well (2009), both made when the Moscow-born author held a scholarship at the All-Russian State University of Cinematography, the home of most of the greats of Russian film since Eisenstein and before. Despite the many academic distinctions Kargaltsev has won, his films do not breathe the air of scholarly fustiness. Rather, they speak an individual language of refined imagination, fantasy and beauty of form. Kargaltsev is already a mature artist with a mature voice and a consummate and assured technique, which can both astonish and move. 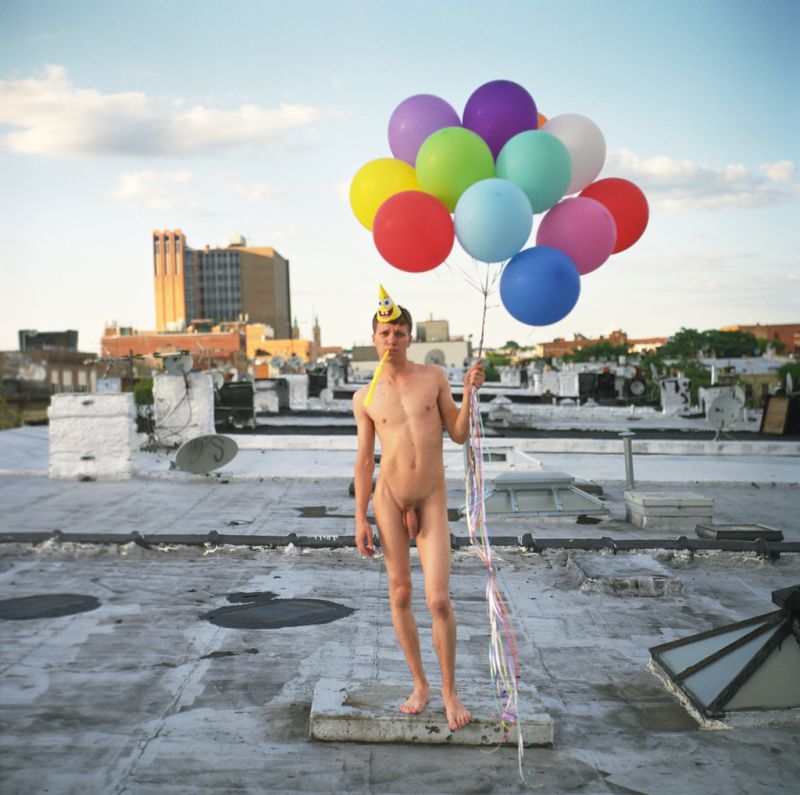 Photography has been a passion since his boyhood and he has built up a remarkable body of work since that time. He works in all photographic media, including with film, video and digital images, but he is especially fascinated with Polaroid. Initially, his work was based in Russia with his friends as models, with some of his finest work being stills from his movies. He has created a photo-record of himself since adolescence and he has produced a number of extraordinary series of images: naked in a forest glade, sipping from a pool of water; or as a teenager on the balcony of a dacha, eyeing obliquely like a young Bacchus a luxuriant basket of fruit. The element of fantasy is strong, teamed perhaps with austere, yet fantastic elements which verge almost on the masochistic: nude forms in the snow; weird groupings of toy robots; two semi-nude men standing in a chimney vent, an image recalling Samuel Beckett in some respects; various combinations of beautiful men and voluptuous ladies in verdant surrounding. Beautiful, controlled and highly memorable. 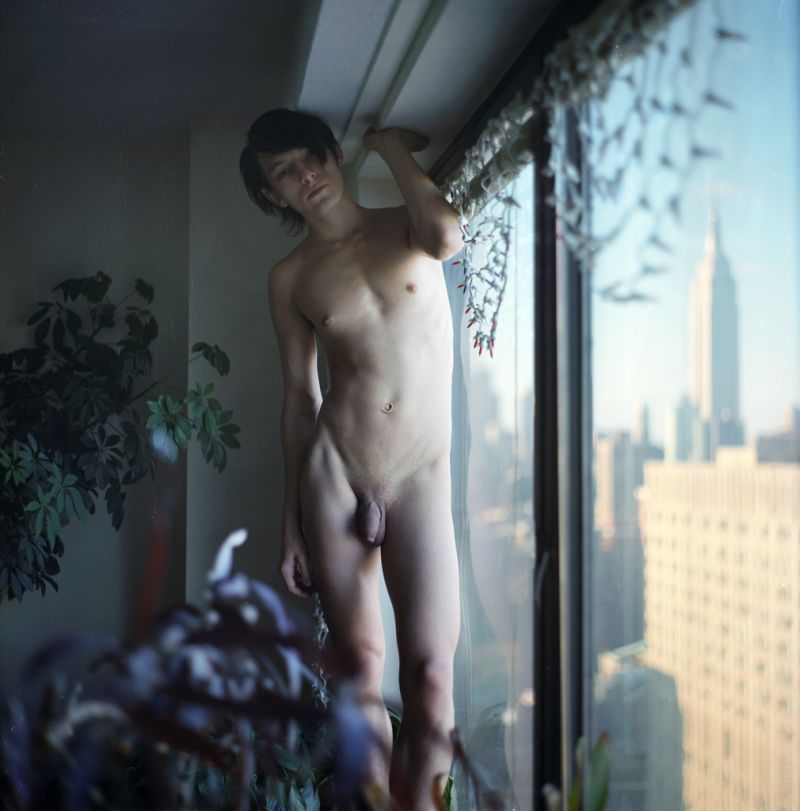 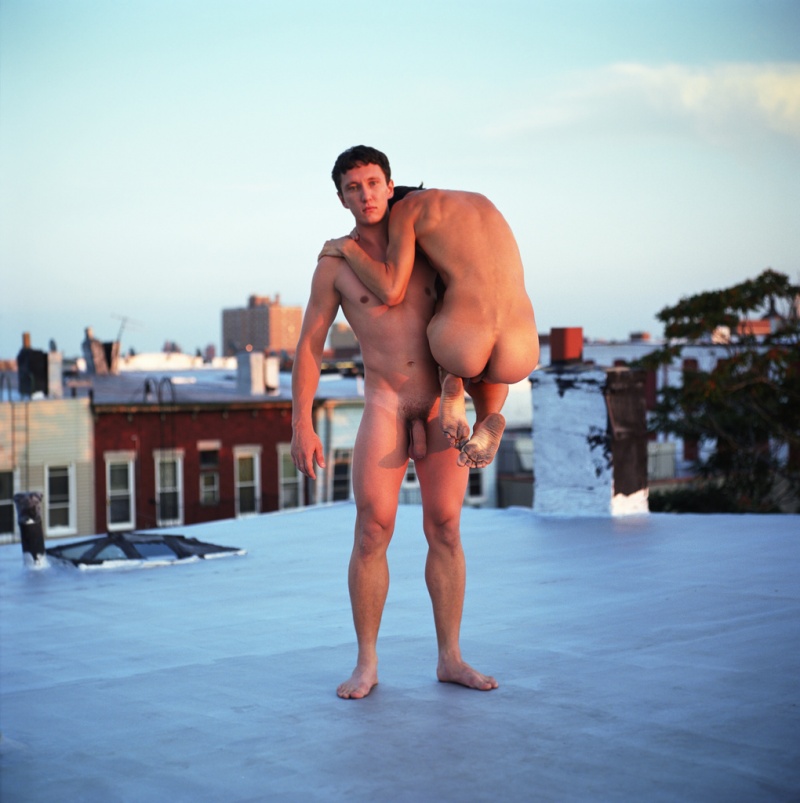 Last night marked the finale of the second season of Big Brother Canada. It has been a pretty great season eye candy wise, although Kenny left far too soon... Canadians are known for being nice and unlike on BBUS, the house guests on the Canadian version play hard, but generally don't go for the cruelty to the same level and degree. There was generally an I love you or an I'm sorry eh accompanying the knife's being stuck in others backs.

Above: A bit more of Trevor Boris, whose Marcia the Moose was far too scarce this season.

This may make for less drama, but the people behind the show make up for it by keeping those in the house busy with interesting tasks and challenges. I for one am tired of cruelty on tv. Good game play, backstabbing and insults are ok, but Evil Dick had me switching off my tv with his televised cruelty of some of the women in the house his season. Producers of the US version could learn a thing or two from their Northern counterpart on keeping the house guests on their toes. Although I am happy for Jon's win, there was a small part of me hoping Sabrina might pull of shocker. Alas, second will have to do for the one surviving memeber of the First 5. Here is a little look back on season 2 of Big Brother Canada. 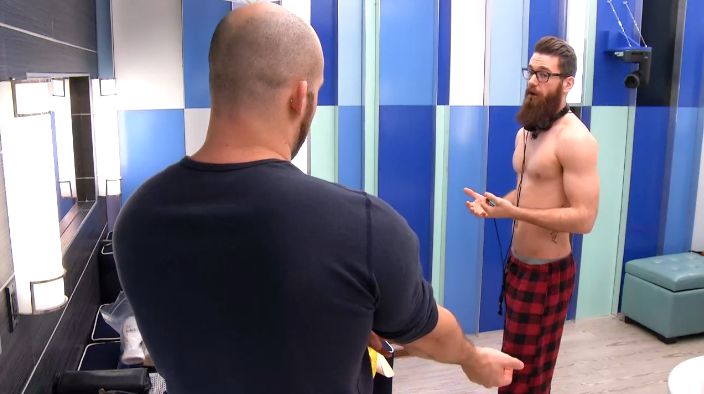 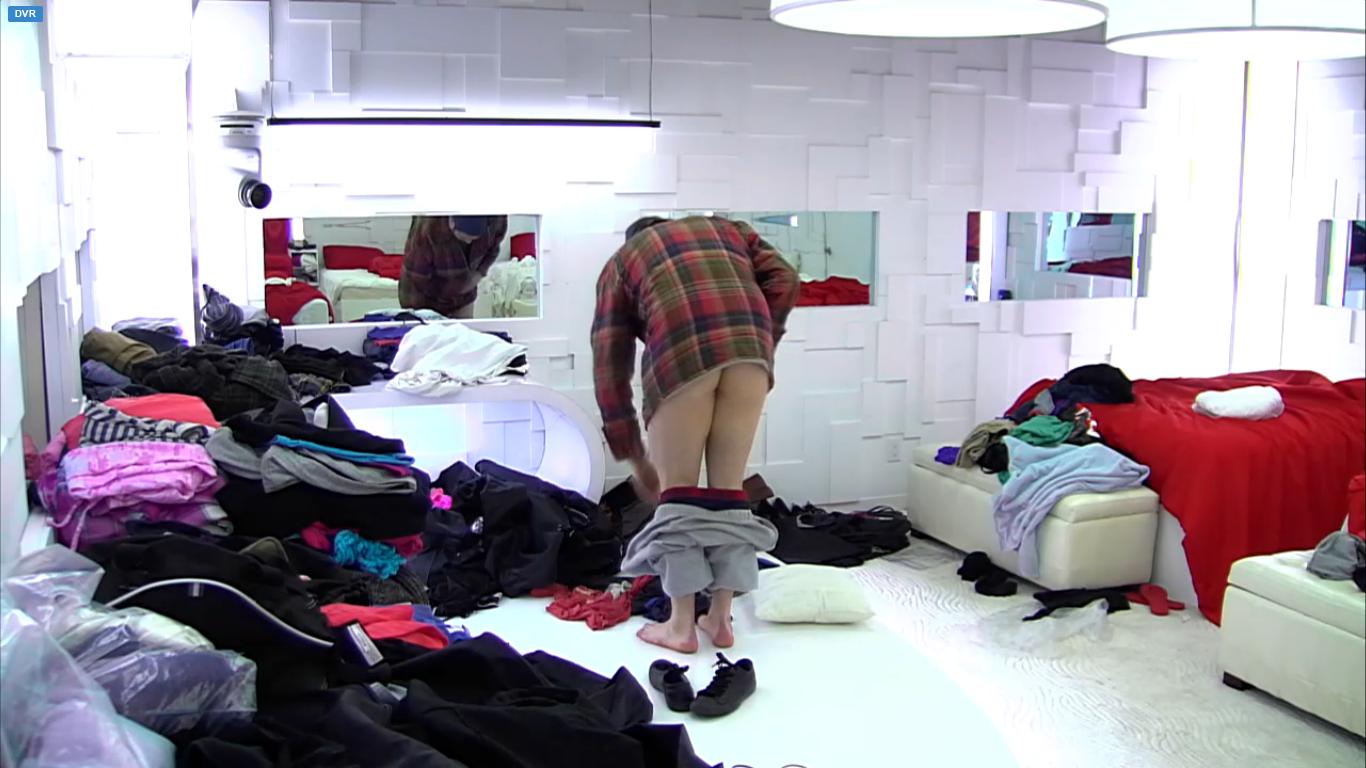 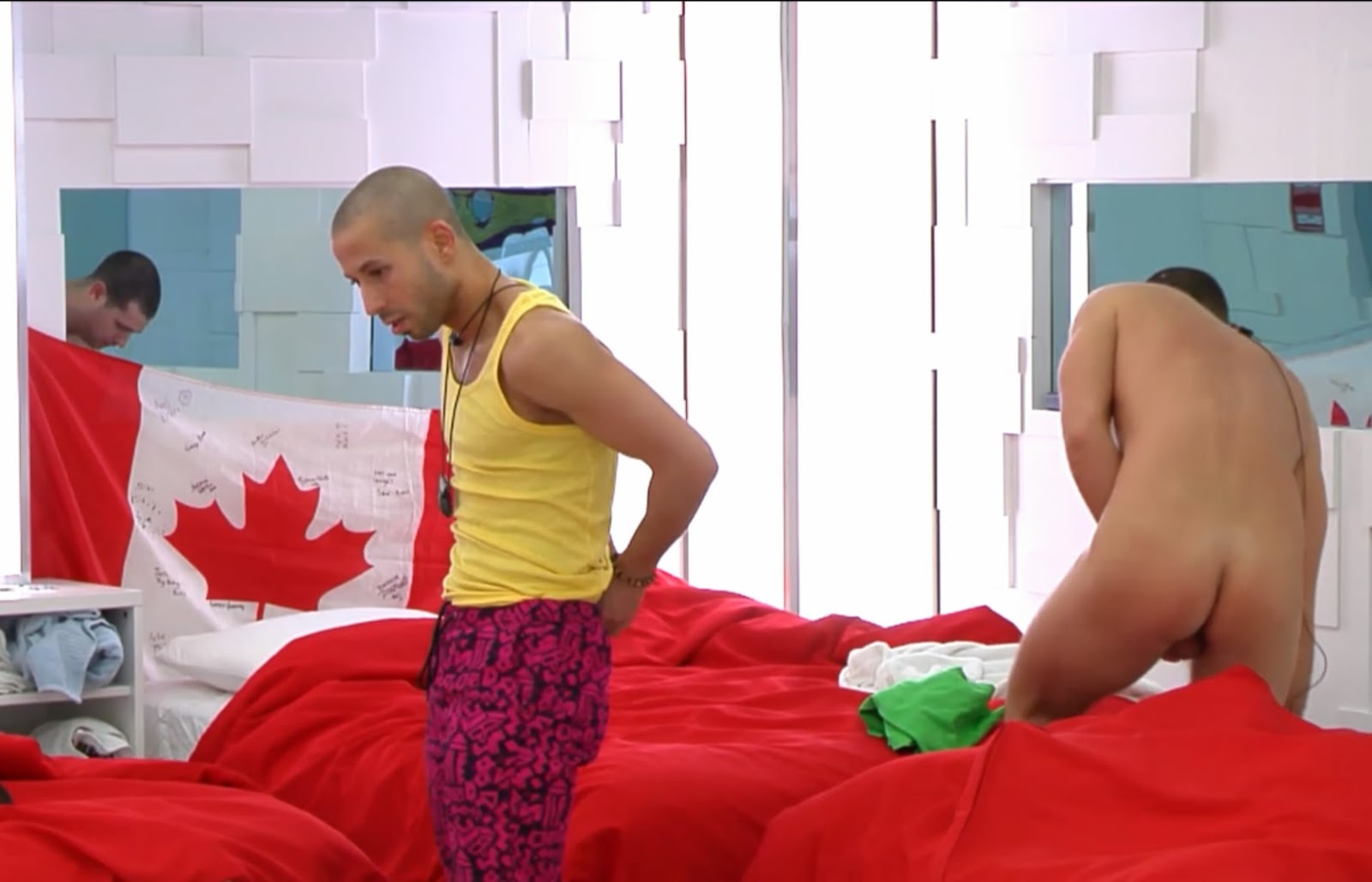