Favorite Pic of the Day for July 16th 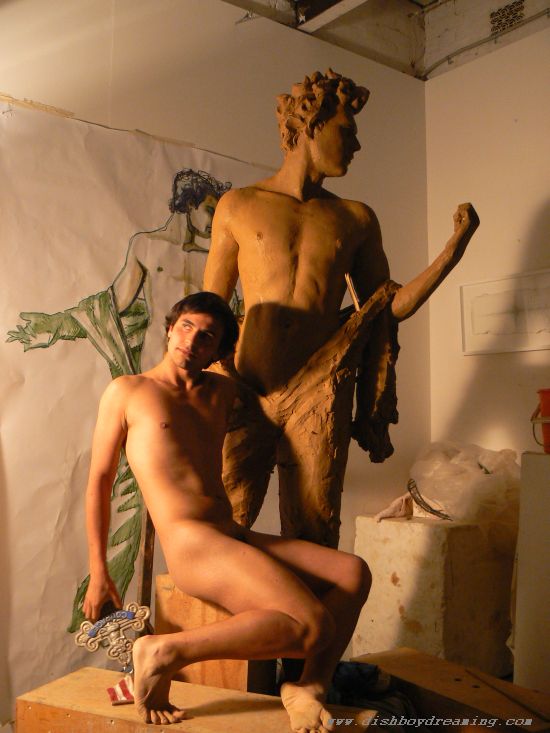 Above:
Courage by William Eicholtz
-See More Below-
at July 16, 2014 No comments: 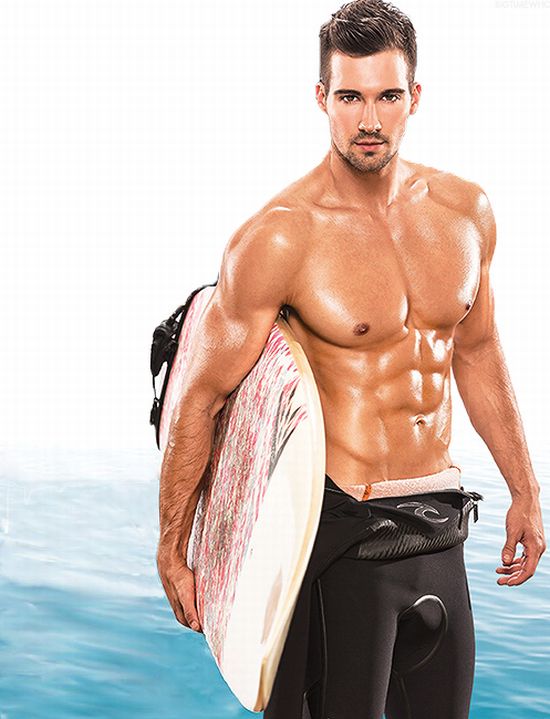 Just Because: Truth in Advertising... 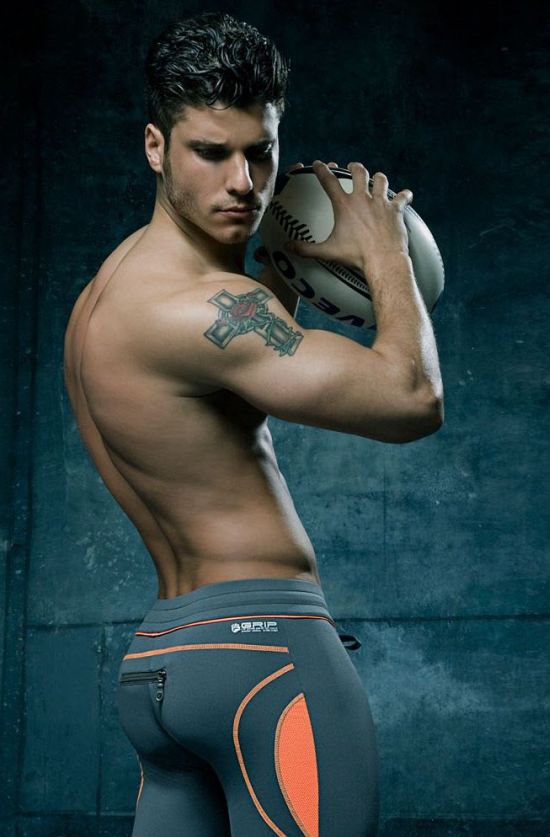 I love how this image from Rick Day, which features Big Brother's Cody Calafiore zips nothing back...or in.  It's a time safer and it's purpose clear.
at July 16, 2014 3 comments:

Email ThisBlogThis!Share to TwitterShare to FacebookShare to Pinterest
Labels: Big Brother, Just Because 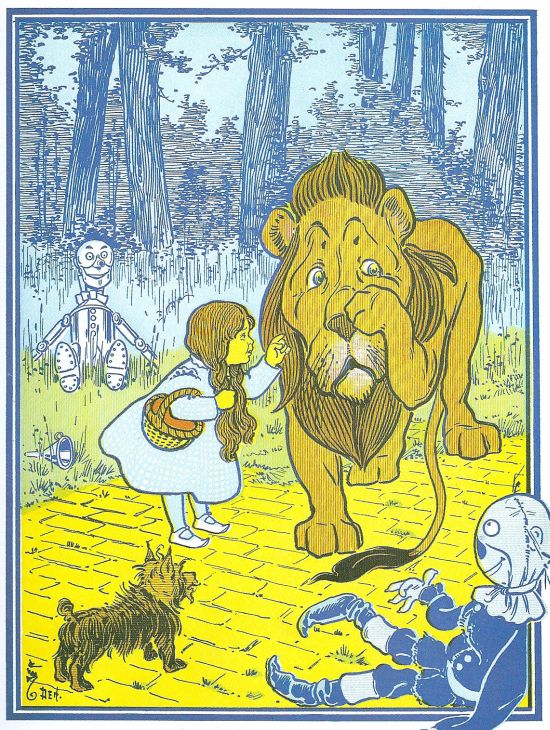 'What makes the dawn come up like thunder? Courage!'
The Cowardly Lion 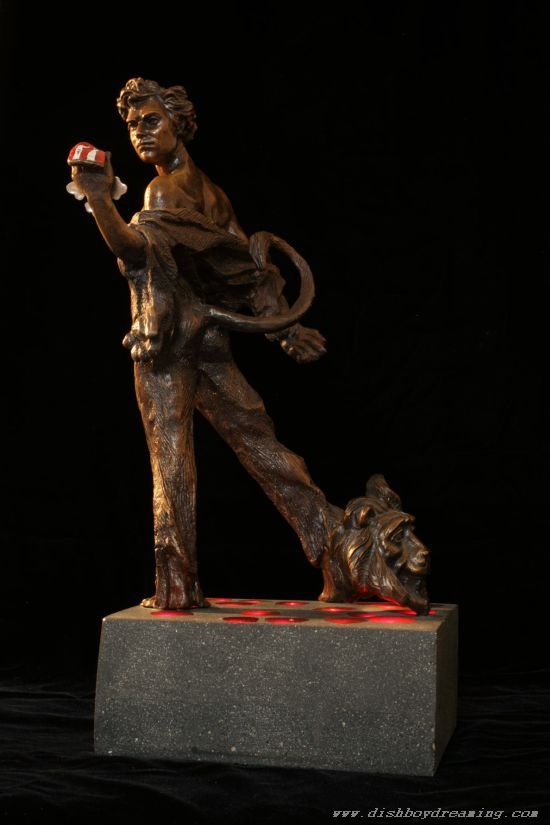 The ability to confront danger, pain and fear isn't always a stable characteristic. Many of us have courage for one thing, yet struggle with another. There are many people who maintain self respect and remain strong in personal relationships, yet struggle in doing the same with those in their professional lives. Some can take on their bosses, but cower to do the same with a parent. Some people have the strength to battle Tigers and Dragons, but when faced with a spider or snake, run in fear. 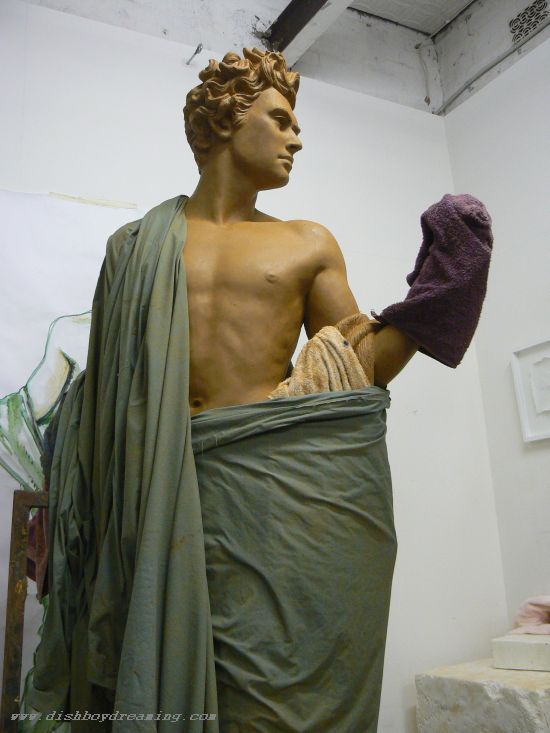 It is interesting to me that it was at this moment in my life that I came upon an image from artist William Eicholtz. The image was of Johnny (see post below), one of the main models William was using for inspiration for his current project. That project was COURAGE, a sculpture honouring the contribution, culture and diversity of the Gay, Lesbian, Bisexual, Transgender, Intersex and Queer community. Inspired by the iconic character of the Cowardly Lion in The Wonderful Wizard of Oz. 'He contemplates what it means to possess the courage to be yourself, no matter who you are,' says William. 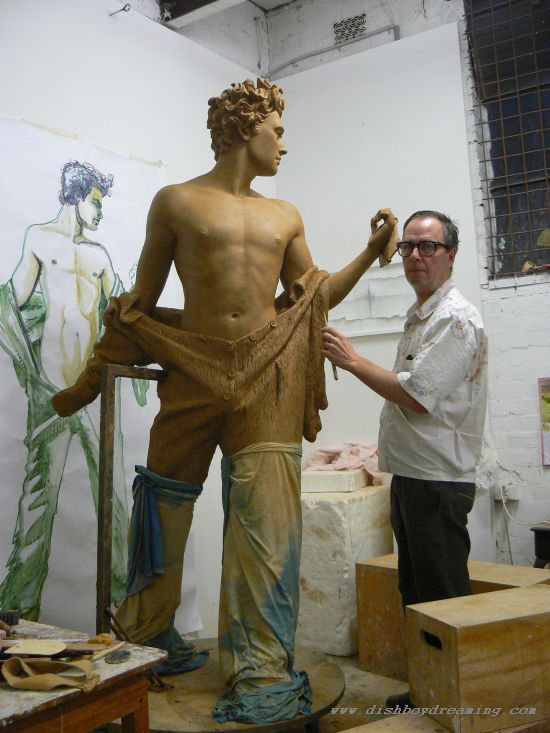 The theme of courage was well timed as I was needing a little myself. I am a mostly strong person, one who rarely avoids conflict at work, or my personal relationships. My struggle however has always been with change. Over the past several years I have understood there needed to be some changes in both my work situation and where I was living. I have been in need of a move, make that kick for a long time. The fear of failure however, the fear that what I might be moving to, might be less that what I would be moving from, has pretty much kept me running in circles. Moving, tiring myself out, but ultimately getting nowhere. Although the themes in COURAGE may seem much bigger, but ultimately, using William's message within one's own life, in anyway that fits, is really the point. 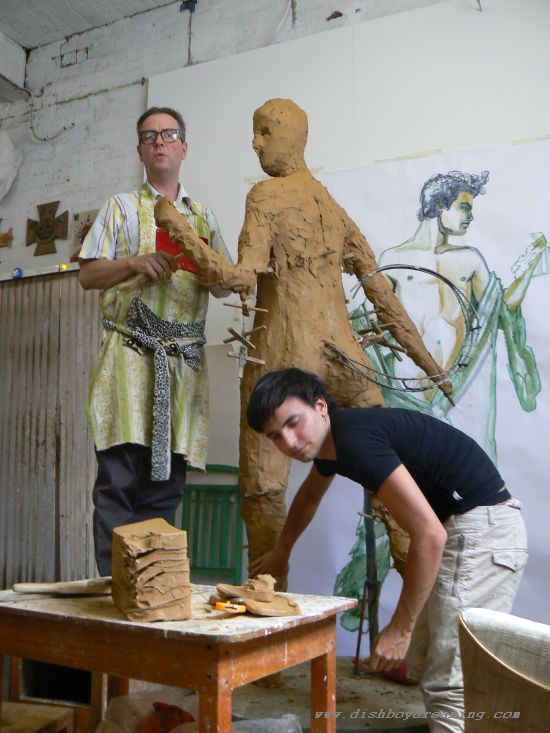 For COURAGE, the Yarra City Council, commissioned the Award-Winning Melbourne Sculpture to be launched as part of the upcoming AIDS 2014 International Conference. The unveiling of COURAGE took place just this week, on the evening of July 15th at the Fitzroy Town Hall Reading Room. COURAGE is also dedicated to the legacy of Ralph McLean (1957–2010), who was Australia’s first openly gay Lord Mayor (City of Fitzroy, 1984), an advocate for gay rights and social justice, and a champion of the arts. 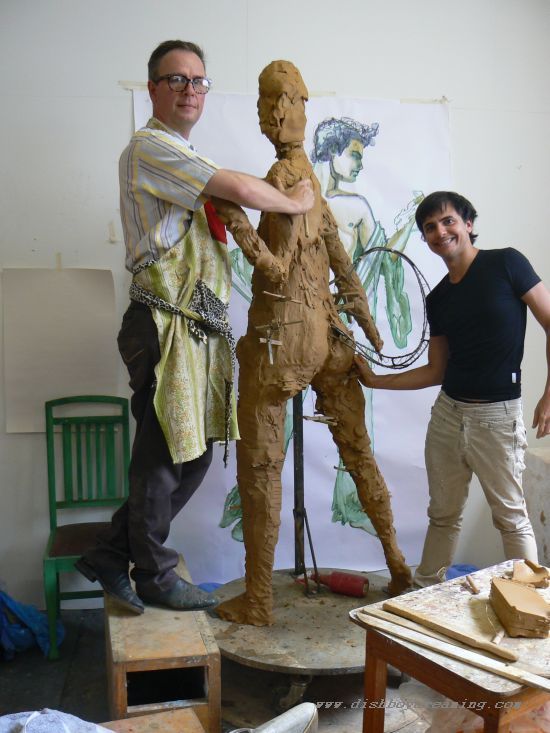 'The late Ralph McLean, former Mayor of Fitzroy and the first openly gay Mayor in Australia, spent much of his public life at Fitzroy Town Hall across the road from the sculpture,” says Cr Fristacky. ”To be openly gay in public life in his time required a major reserve of courage and tolerance. So the choice of location for William’s sculpture has added significance for Fitzroy local history and Yarra Council is proud to support an artwork that recognises the achievements and struggle for identity of the GLBTIQ community.' 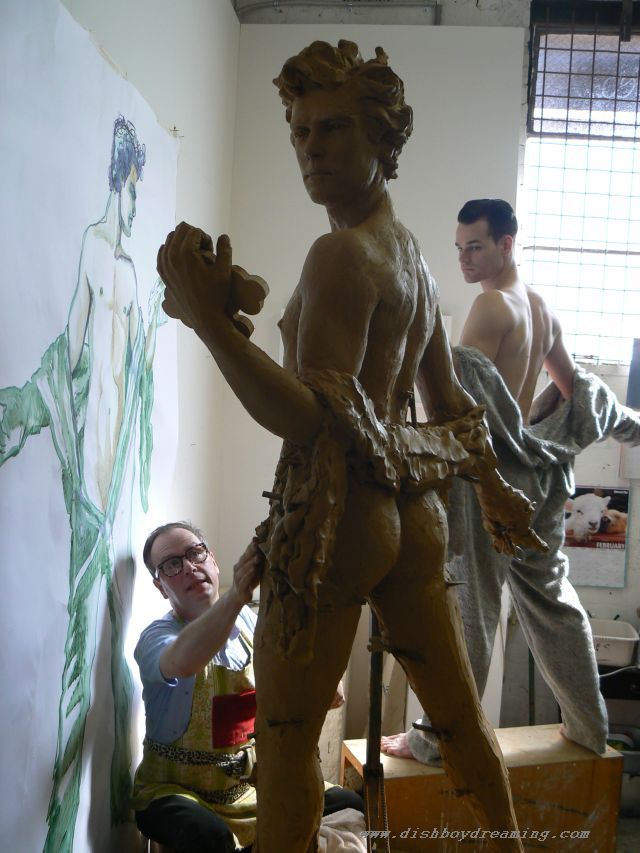 Now getting back to that first image, the image that inspired me to contact William to begin with. FH is at it's core about story. My goal is not to just present images, but the stories behind them. When dealing with an image, my mind wants to know how the concept came about and how both model and artist felt about the idea and the completion of capturing it. The process with painters and sculptures is a bit more complex. Often the images taken are not meant to be seen, but more to assist the artist. With a live model, an artist can try out ideas, poses and looks prior to deciding on a final concept or idea. 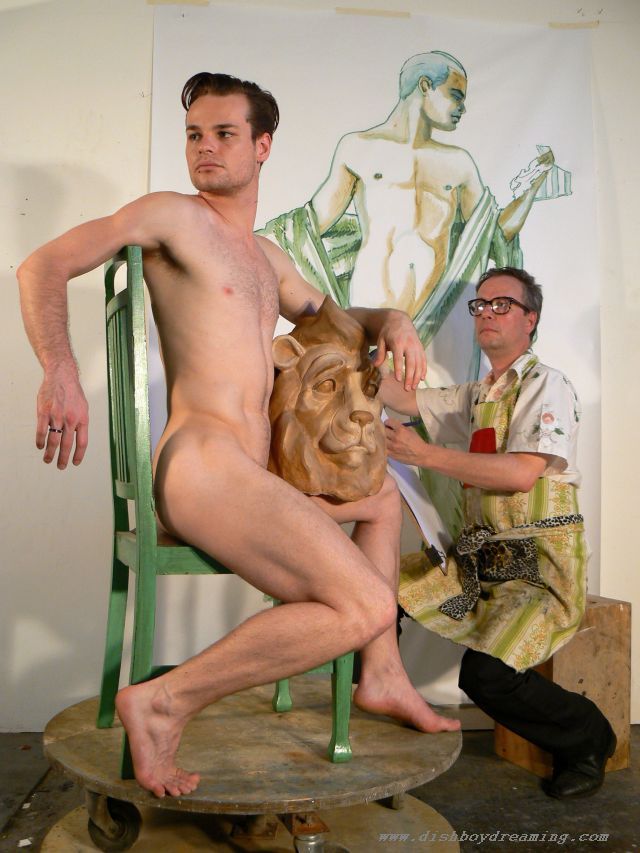 For me, many of these images are as fascinating as the final work. It is if they give a glimpse into the mind of the artist, and sometimes model, as the idea moves through the conceptual stages to a finished piece of art. William was clear to tell me he is not an expert photographer, most of these images, and the ones in the post below, are unedited and raw. The images, were used for process. But, like myself, William has a genuine interest and love of process and send on images f 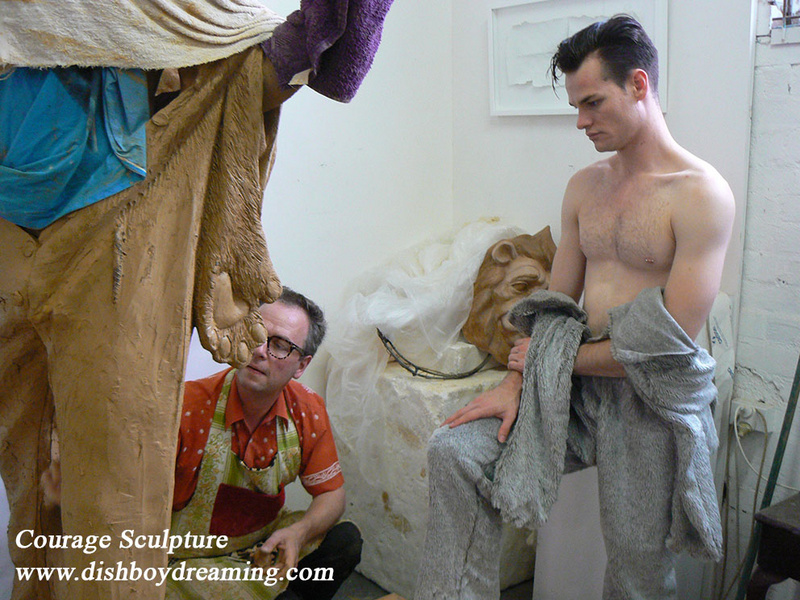 William, like myself, thankfully also has a genuine interest and passion for process, and generously sent on many images from me to enjoy and share. The pictures he included range from simple initial gestural maquettes to finished bronze editioned fundraising maquettes. Then working from armature and clay modelling of the nude form through modelling the lion suit on the figure. Molds were then made and cast in Bronze. A film company, Creative Cowboy Films is doing a piece on the process, and if your interested in a more detailed account please check out their site HERE: 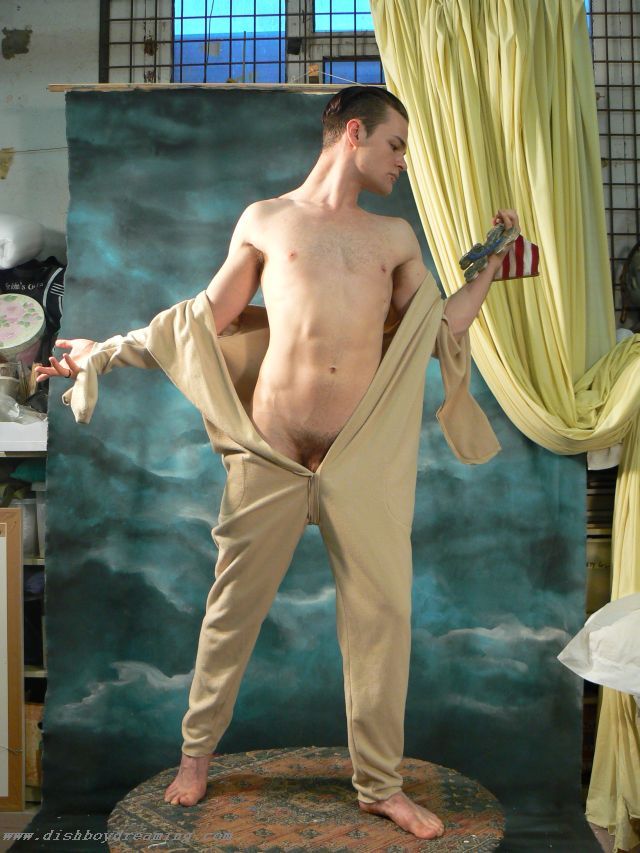 'The classical youth, a symbol of life’s potential, is wearing his own version of the Cowardly Lion costume. Is he putting on this guise or shedding the image? This image also directly refers to the mythological half man, half beast of so many ancient cultures. He considers the badge of courage intently. Is it the courage of his predecessors or his own bravery he is recognizing? This also acknowledges the courage of the people living with HIV/AIDS.' 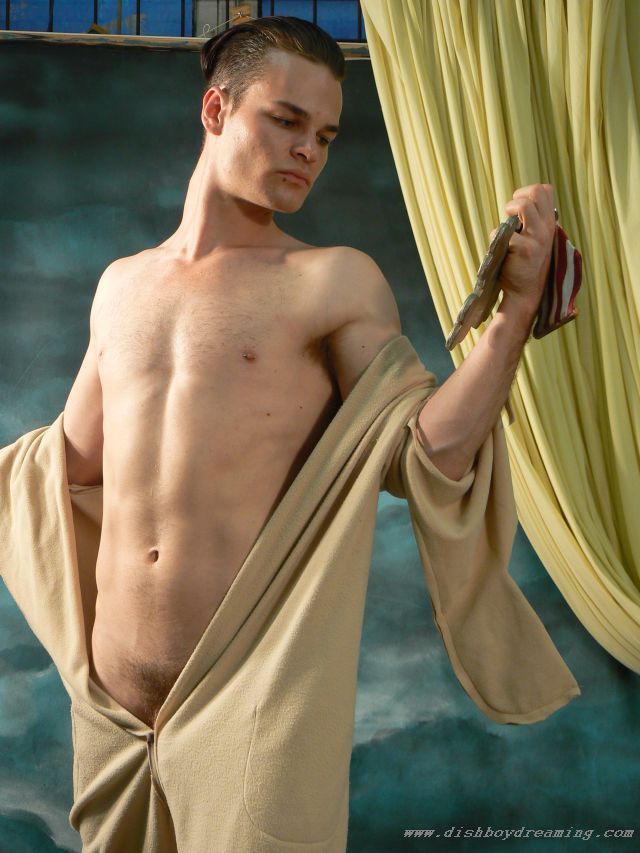 'The costume head, which lies next to him, engages passersby with its outward gaze, just as the hero looks inward at his call to courage. The Cowardly Lion is a timeless hero of the classic film and children’s book, The Wonderful Wizard of Oz, and still reinterpreted and relevant today. Immediately recognizable as the iconic sissy, he is also a hero in search of courage.' 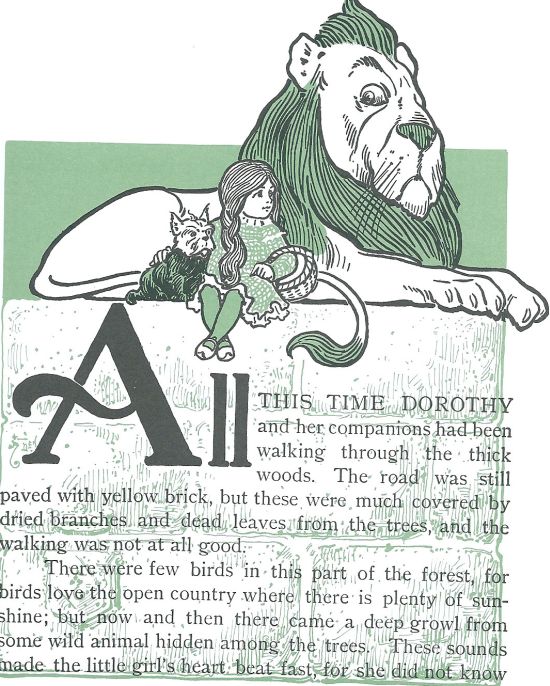 'He is a symbol for all who struggle to find the courage to be who they are... to find that courage that was inside themselves all along!' 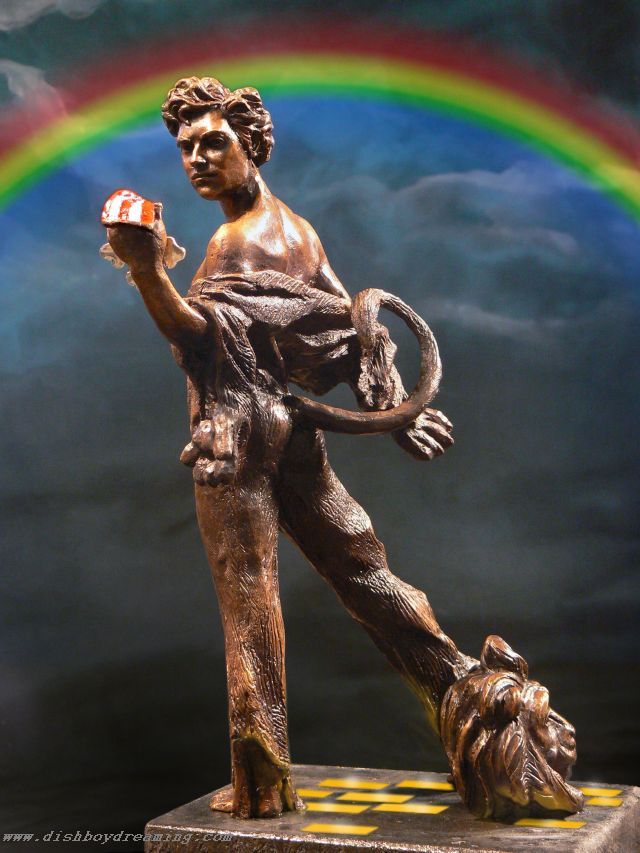 Check out more of William's work at his site HERE:
& Check out the COURAGE Sculpture's Facebook page for some incredible final images of the sculpture as it now stands! 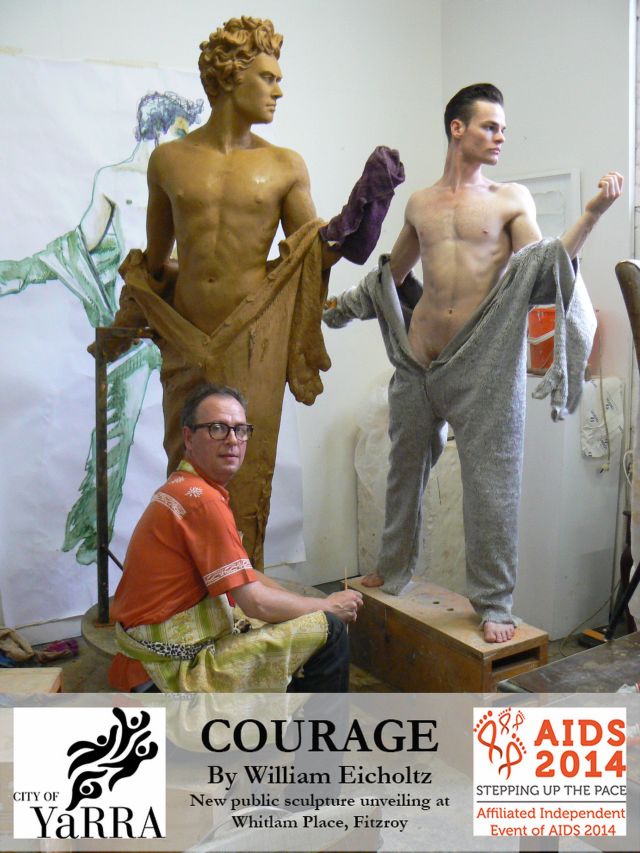 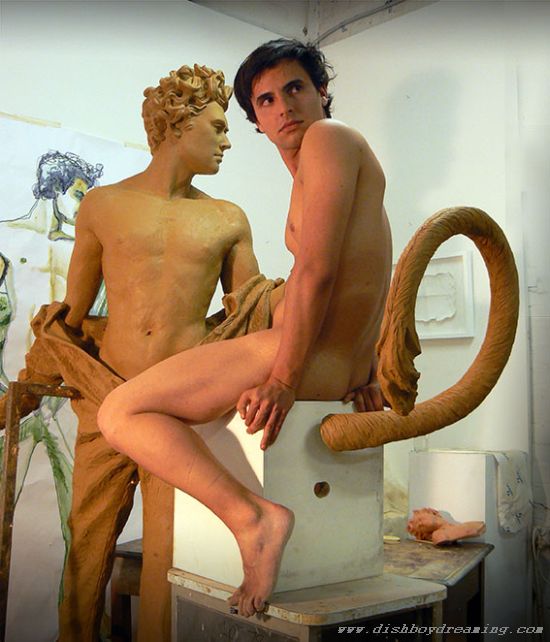 It was the image above that first drew me to the creation of COURAGE. The image, featuring model, sketch and sculpture with the process piece that had me wanting to find out more. Below, sculpture William Eicholtz shares some of the behind scenes stories of the models who helped create COURAGE. 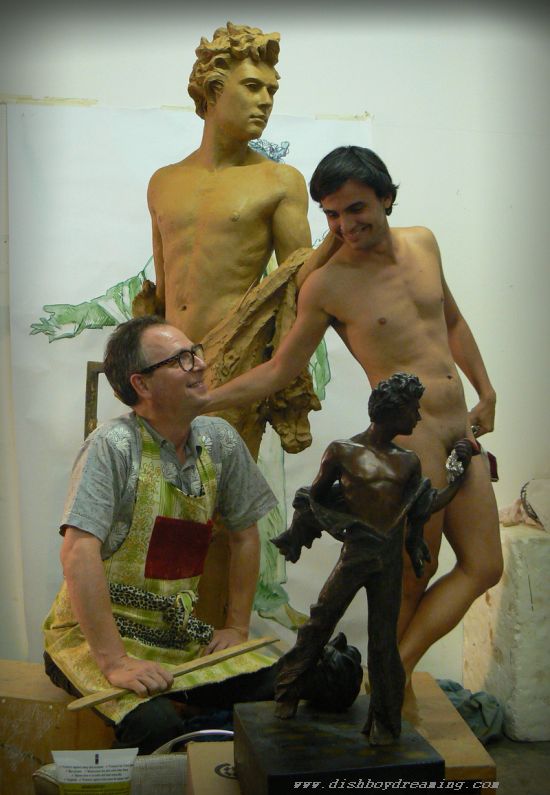 'For the COURAGE sculpture I ended up using 2 different models to get the right 'tone' for the piece. Their sessions were alternated with each other and both were fantastic.' 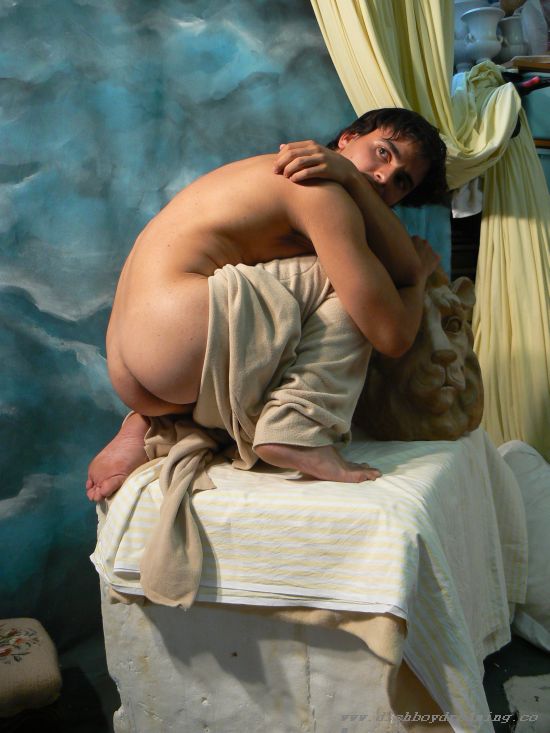 'I started with Daniel, a fabulous toned dancer whose passion for the arts was evident from the outset. He is in wonderful shape and a real joy to work with, but as the sculpture progressed, the anatomy of the sculpture became more and more like superman- ripped and quite intimidating on the scale I was working. That's when I asked Johnny, if he would also model. Johnny was thrilled and equally enthusiastic, and his figure brought a softness and youth to the forms I was modelling. The combination of the two body types has made a natural, beautiful figure.' 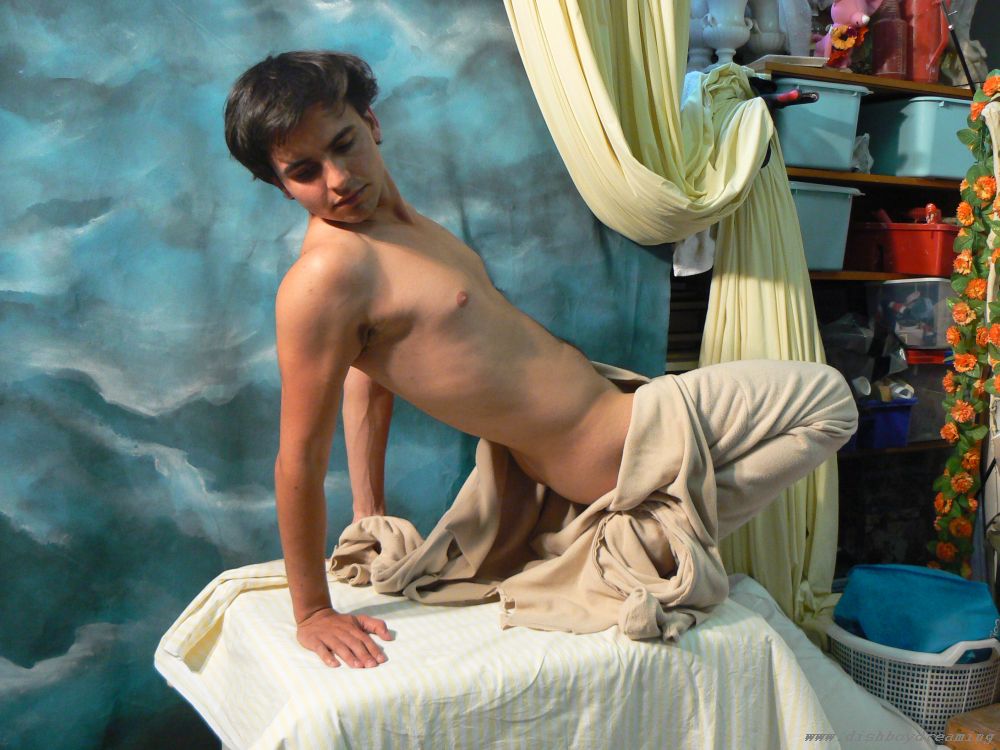 'I wanted to steer clear of imperious, fascist body image of 'perfection' for the message of this sculpture- 'the Courage to be your true self, whoever you are inside'. I believe the sculpture I have made is not intimidation, but approachable and human. Of course the references to classical male images are obvious. The Michaelangelo 'David' comes to mind, with his gaze, raised left arm and curly mane. I also tried to reference classical Greek and Roman Hercules images who wears the lion skin in a similar way.' 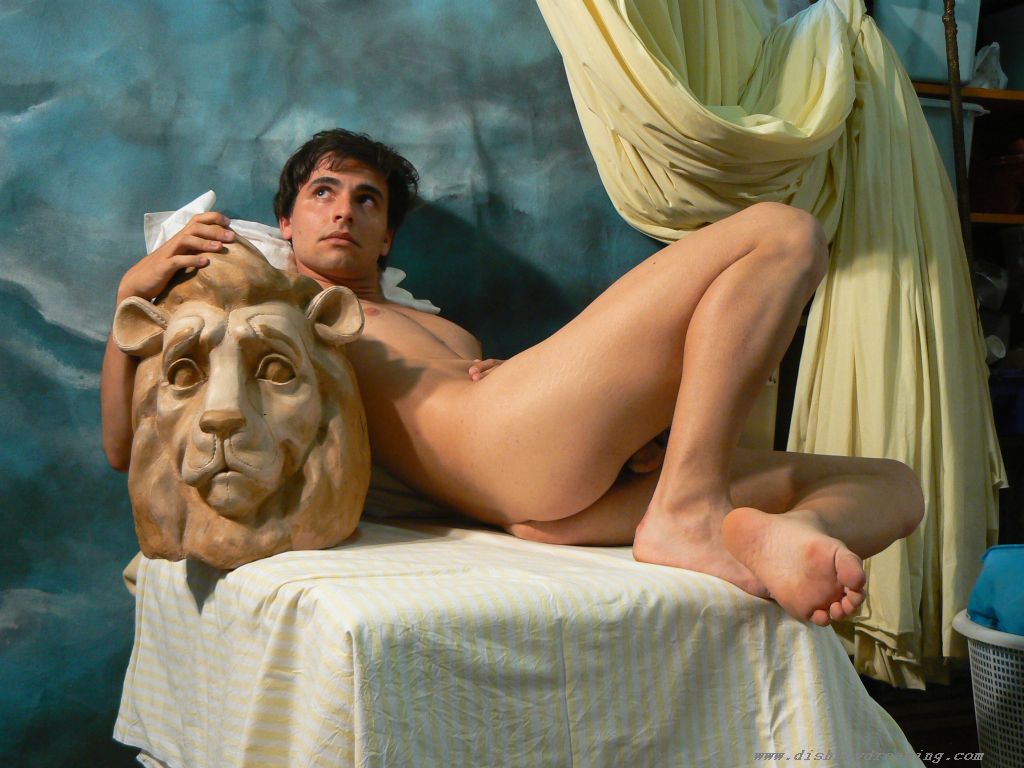 'From a personal point of view, I feel that a good model makes a significant contribution to the creation for a work of art. Their passion to make art and be part of a creative process is really important to happily spending the many hours it takes to create a work. What may start as a novelty soon becomes many hours of tedious standing around as I work on subtle curves or intricate drapery. Without the focus on the importance of the work, models would soon become bored. There is also an element of touching immortality when your youthful form is recorded as an artwork.' 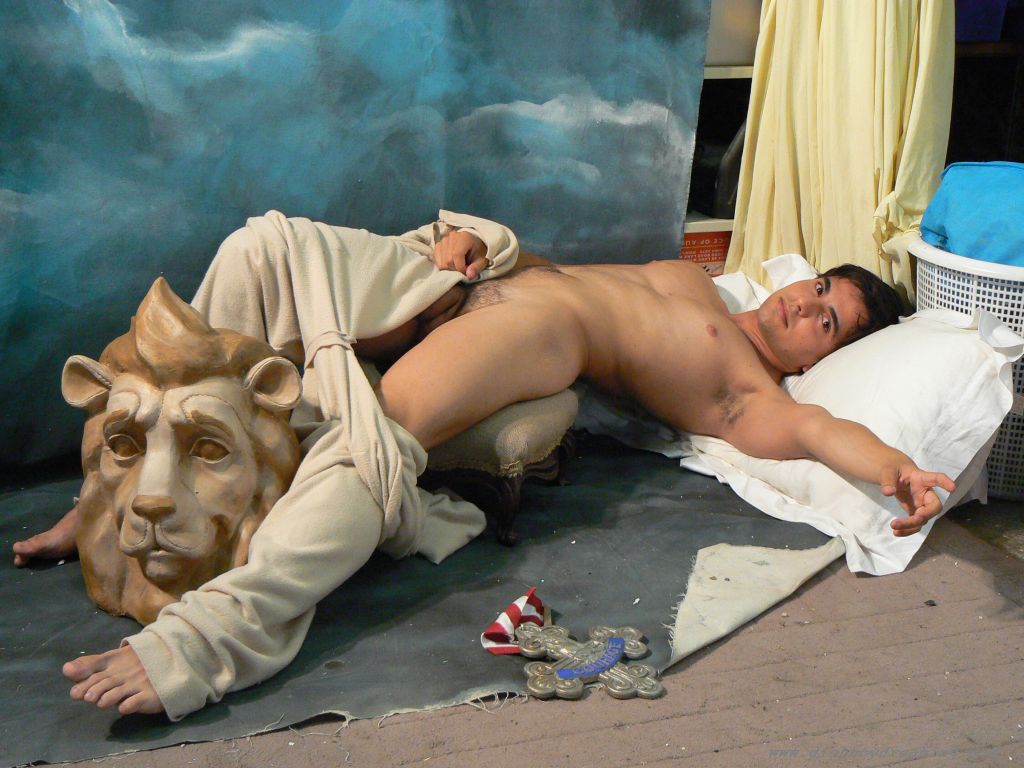 'As far as the hours of nudity required, especially for extended life modelling, I believe the nudity is like a working costume. When we start work, the model sheds his street costume and assumed his work attire which is his skin. There is a genuinely comfortable relationship between the model and the artist, me in my dirty apron and heavy boots, and the model in their bare skin..' 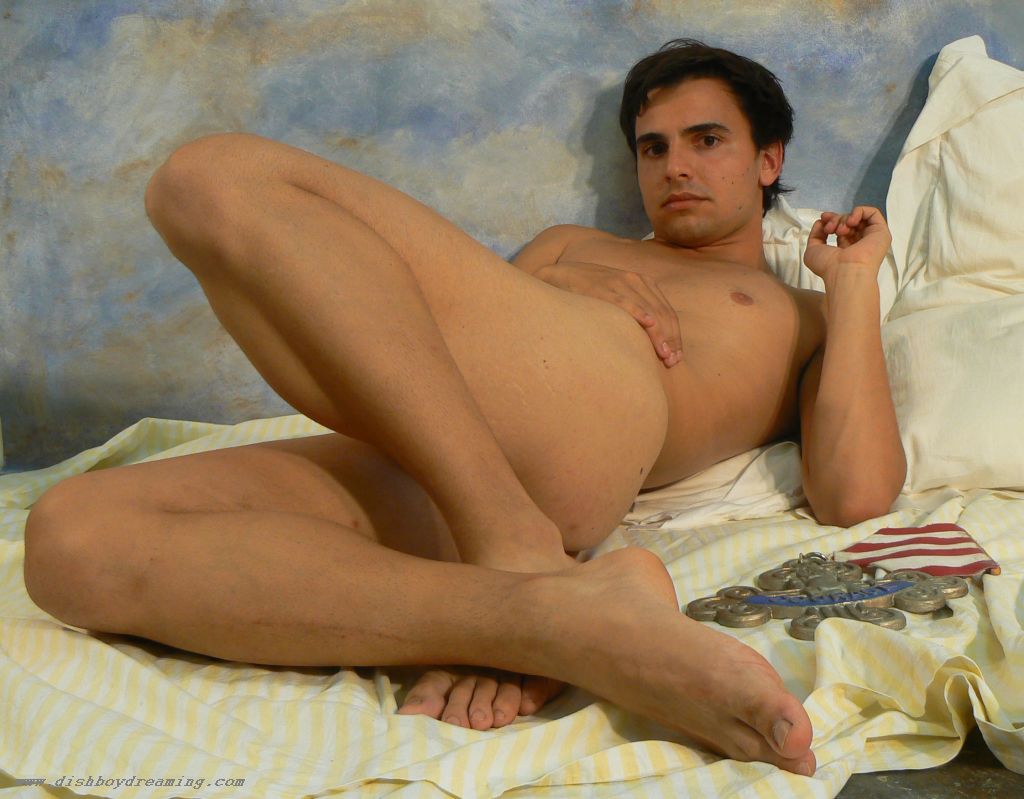 'Even though the finished sculpture may be fully clothed, it is vital to get the anatomy of the figure right from the beginning, so I always sculpt a fully nude figure to get this right. After hours of careful work, the clay layer of clothing can be applied with the knowledge that the anatomy holding it up is correct. I believe this is evident in the final result.' 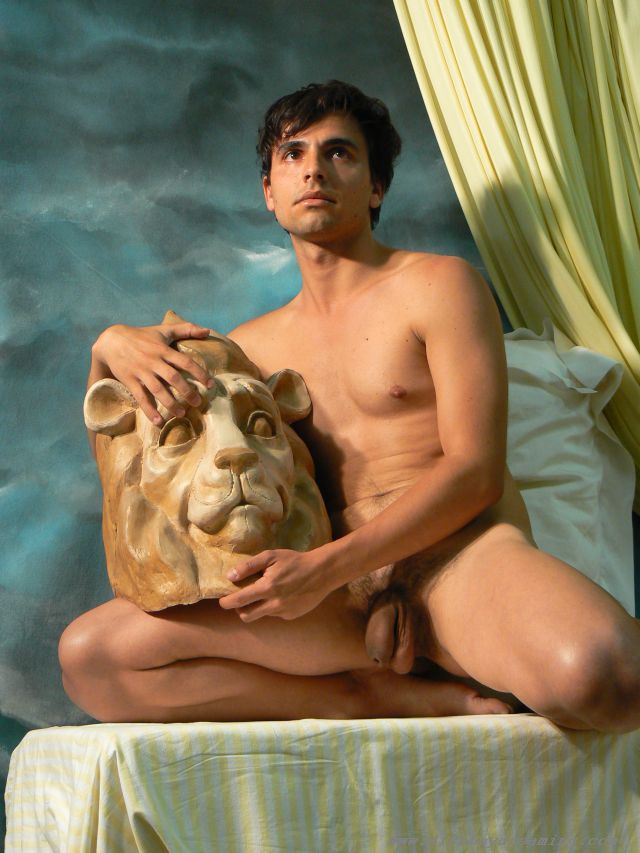 'What makes a good model is not 'physical perfection' but a comfort and confidence in their own body. When or if I advertise for models, I always stress that its a creative process and enthusiasm for art is essential- life modelling is not a 'get rich quick scheme'. 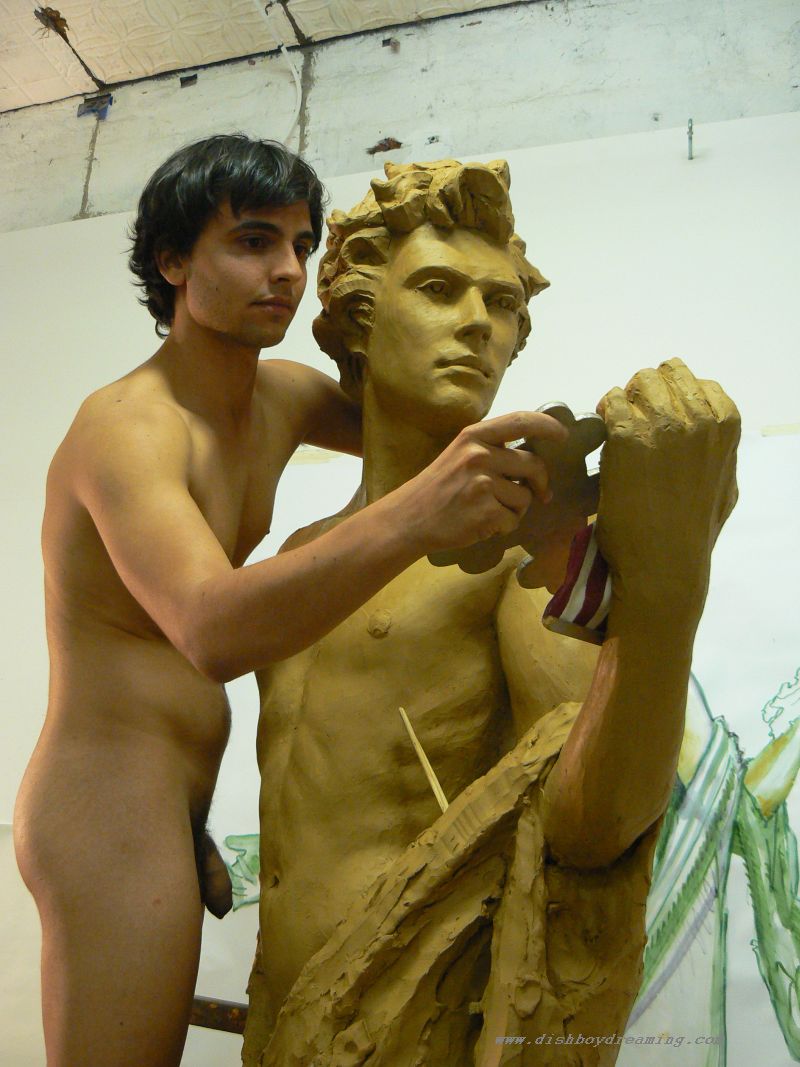 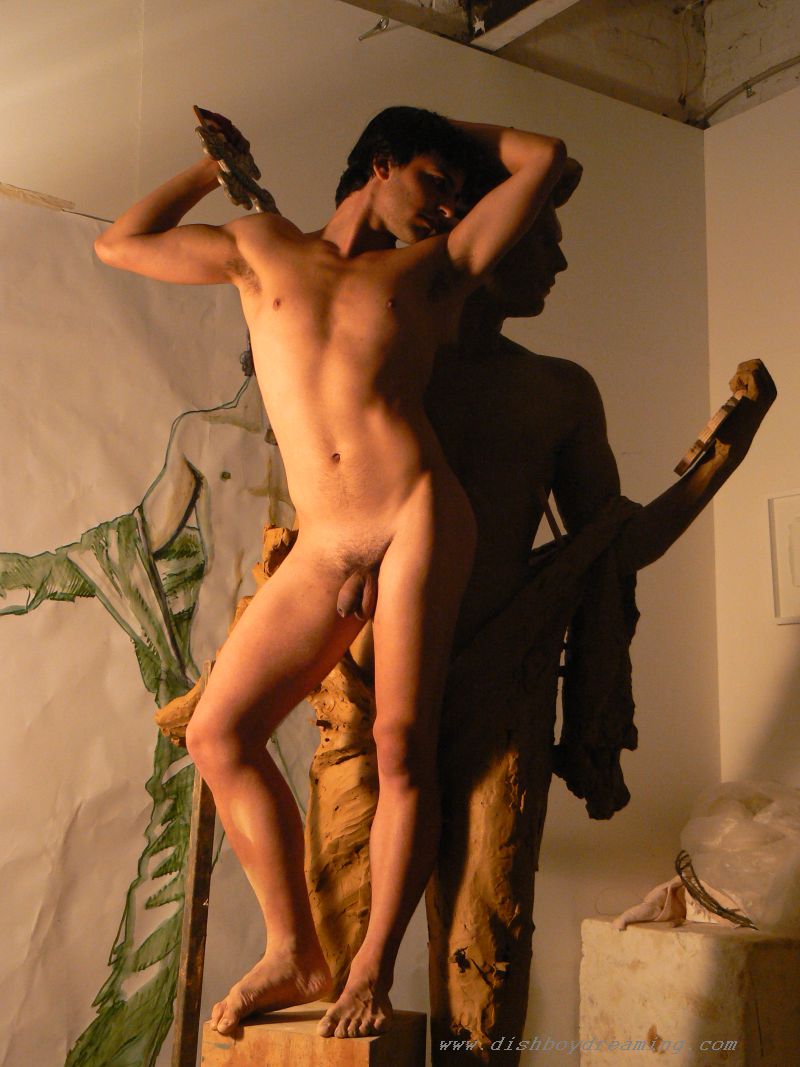