Favorite Pic of the Day for July 3rd 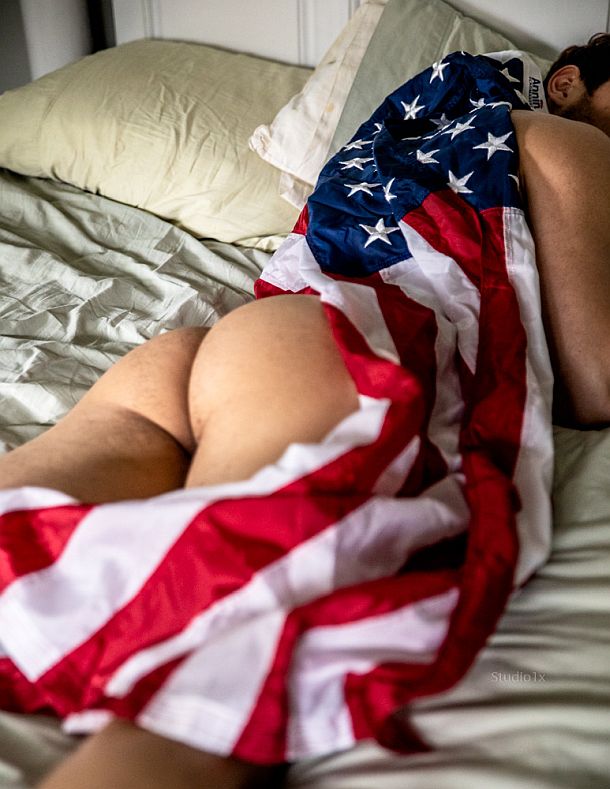 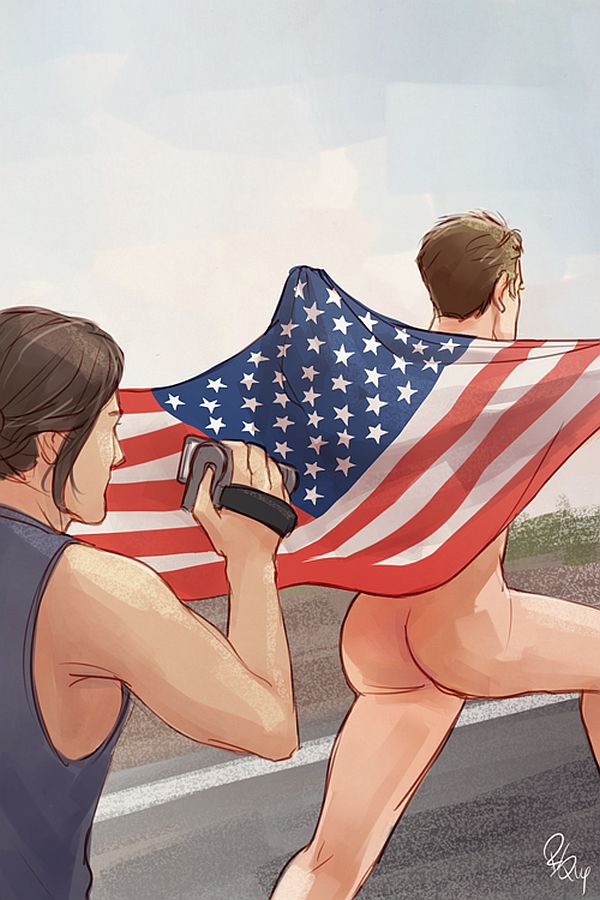 'Patriotism is supporting your country all the time and your government when it deserves it.'
Mark Twain
at July 02, 2019 No comments: 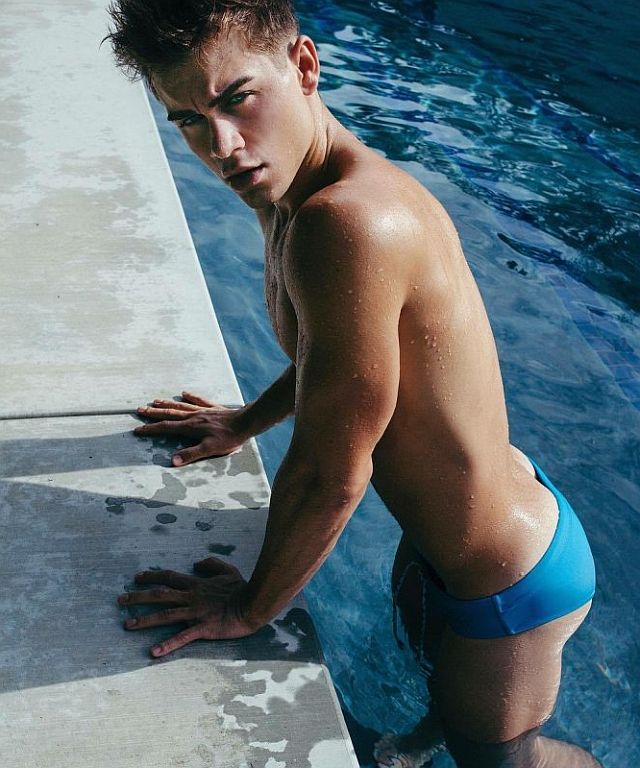 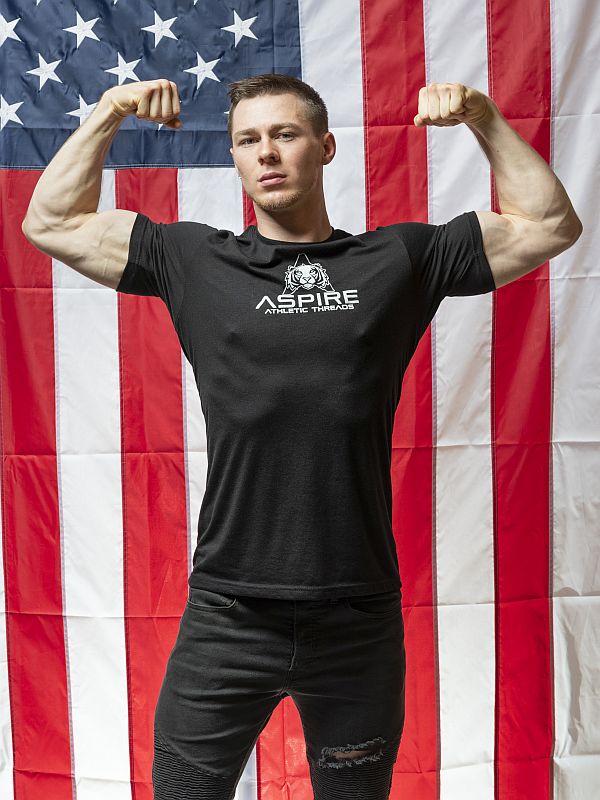 'Do not pray for easy lives, pray to be stronger men.'
John F. Kennedy 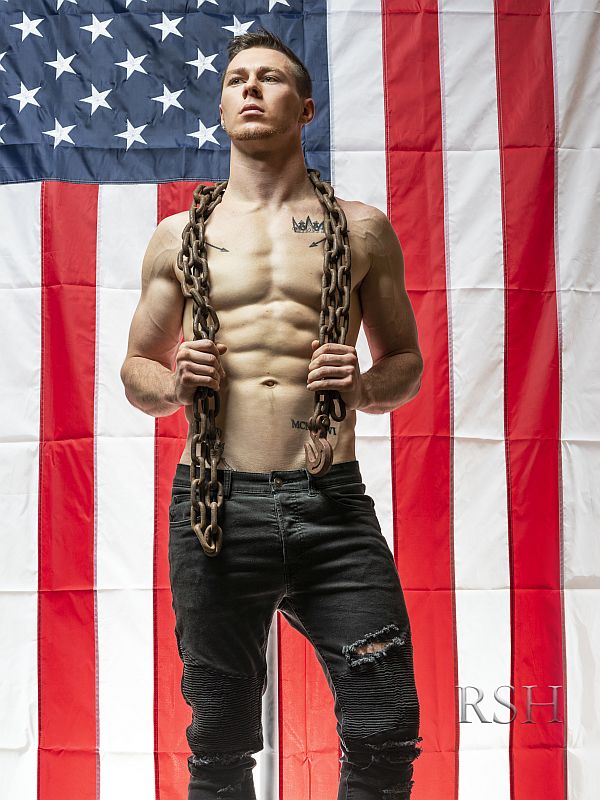 Strength, both physical and mental, is such an intrinsic part of American Pride.  No other country has as many iconic examples power and strength.  From movie and sport stars to superheroes, American is land of the free, but a land where freedom must be fought for. 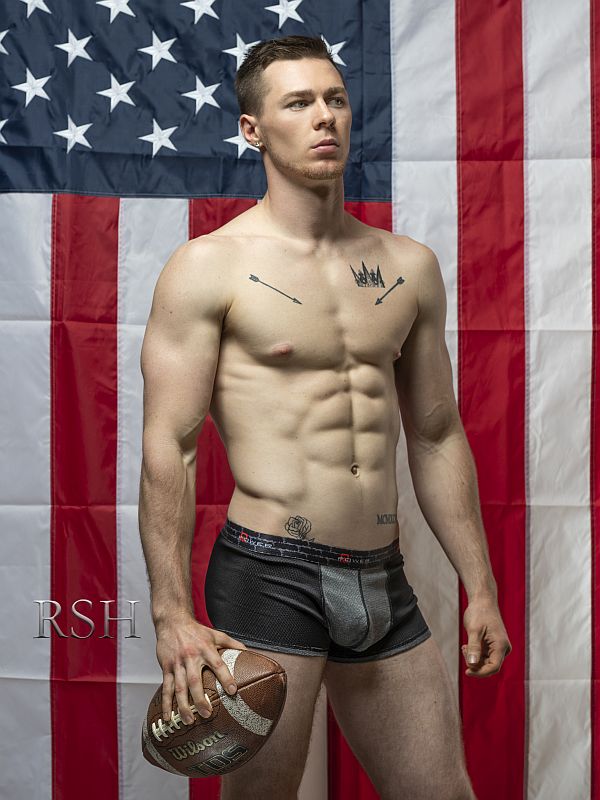 Most of these iconic examples of strength are America's heroes, men and women who fight the good fight, vanquishing evil and championing those in need.  The nexus between strength and patriotism is a strong one, but it's about more than just physical strength and muscle mass. 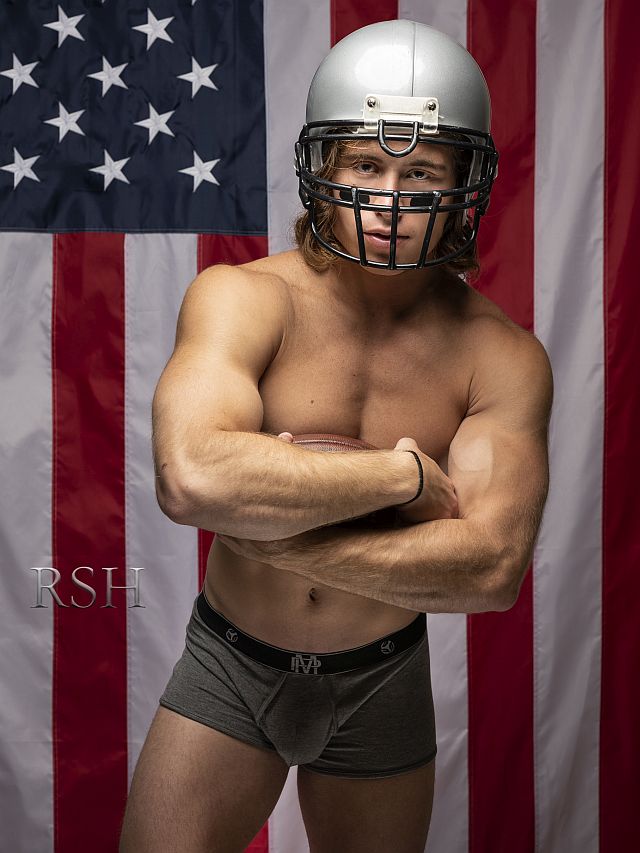 So much of the respect and awe over build body is more about the journey than the destination.  If you look at almost any superhero, you know they didn't begin their lives spinning webs, wrapping bad guys in their golden lasso's or with the ability to jump tall buildings in a single bound.  These skills were taught and learned, they were hard fought skills that came from hours, days, and sometimes years of training. 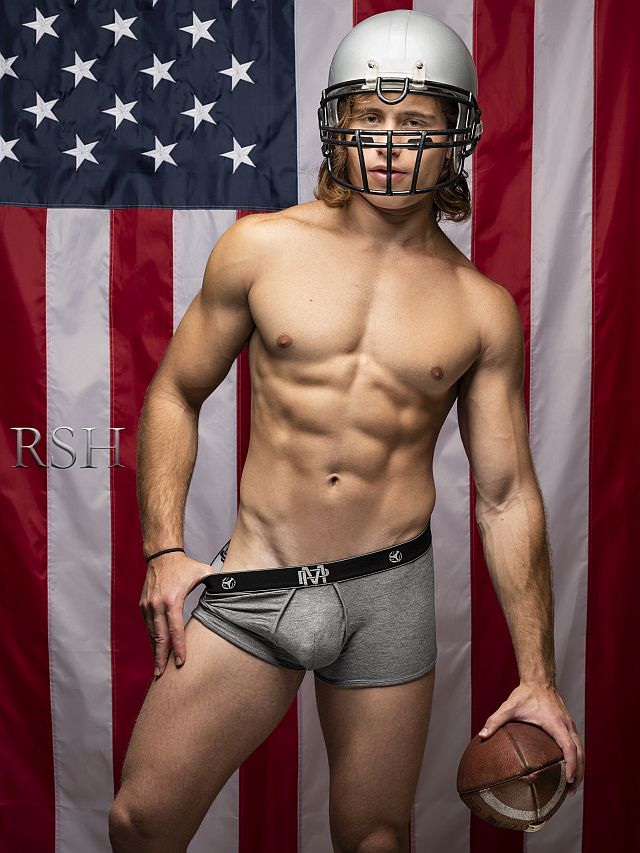 I think that's why men and women of strength are so fascinating to many.  I know on FH, whenever I profile a bodybuilder or fitness model, most started their journey from a place of pain, and their desire to make changes, in their lives, in their bodies, and in how they are viewed, and most importantly, how they view themselves. 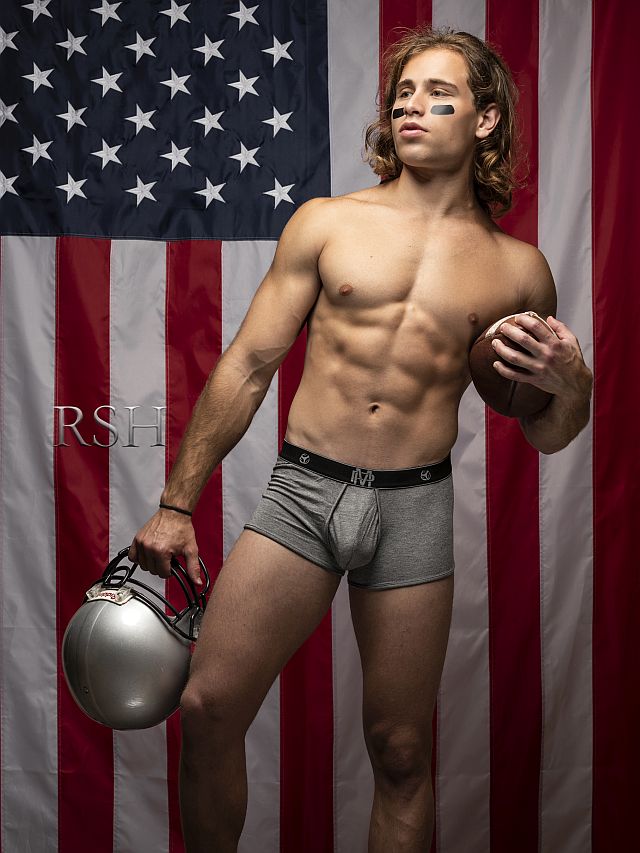 This past May, I profiled Tyler Berta, a contestant on the short lived CBS reality show Paradise Hotel. (HERE:) When I was looking for images, it wasn't a surprise to discover the beautifully built Berta had done some modeling.  When I noticed most of Tyler's shots were from PhotoRSH, I immediately got in touch.  We had already been communicating about a piece for FH, and the Illinois based photographer generally shared the results of his work with Tyler. 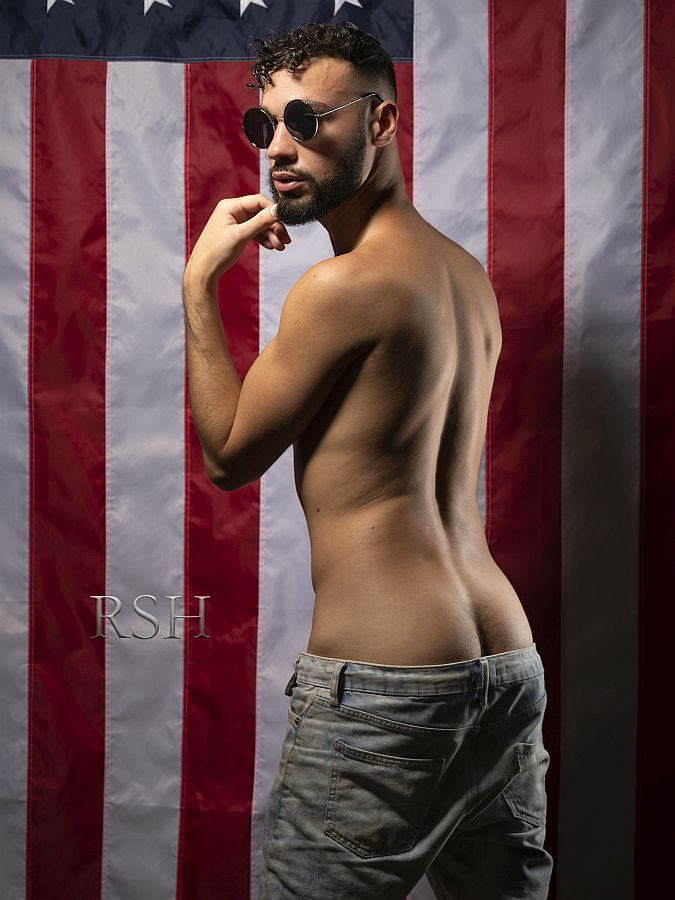 Before even finishing that piece, I was already looking to feature more of the artists work.  Although when I can I usually like to focus on one model or shoot, when PhotoRSH sent on portfolio's featuring a selection of model's that he's worked with, a theme began to emerge.  Not only were many of the models fitness focused, PhotoRSH shot many of them were shot in front of the American Flag. 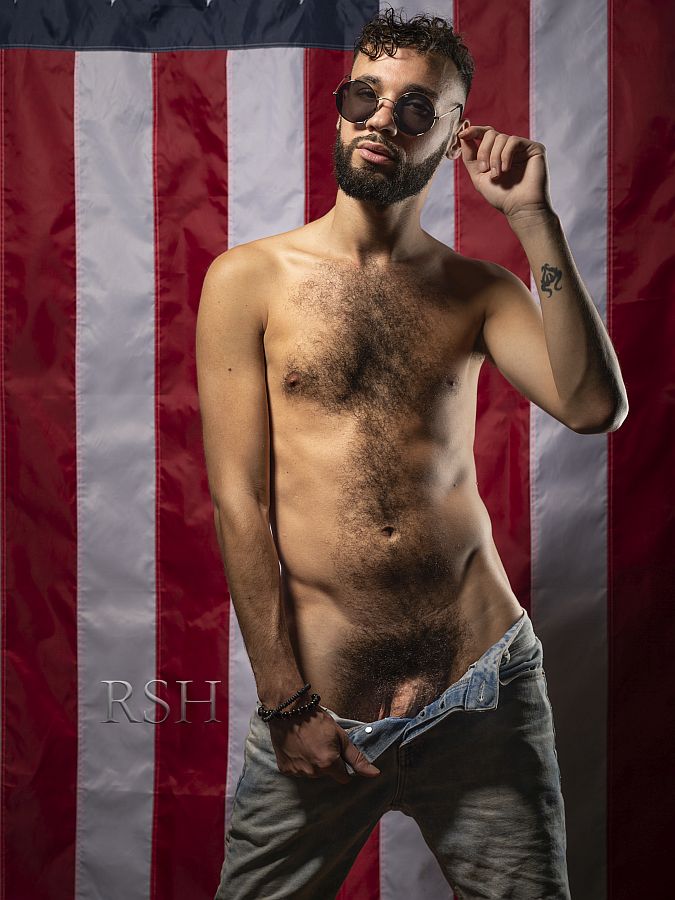 The flag not only represents strength, it represents the pain and hard work it takes to achieve it. It also represents the hope that the countries strength and power will be used for good.  To protect, to provide safety, opportunity and a shelter from the storm to those in need.  The flag is an ideal background to showcase the strength, and the bodies, of the models standing proud in front of it. 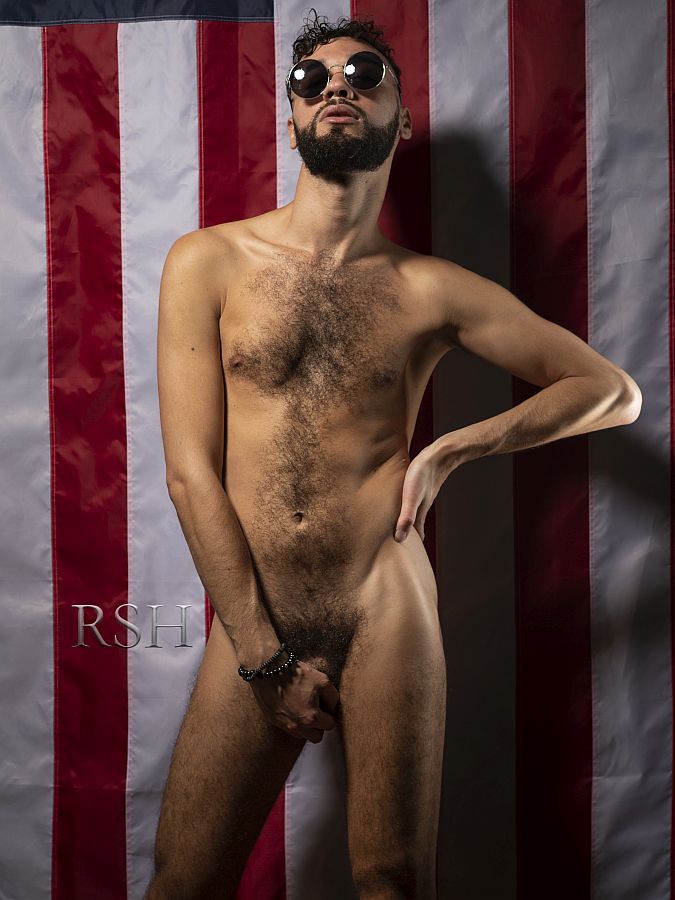 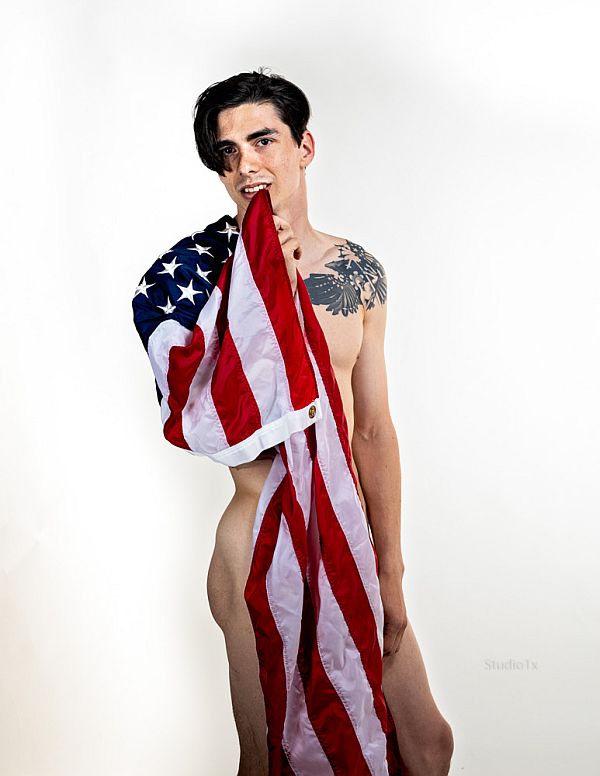 'What is this Land America. So many travel there
I'm going now while I'm still young. My darling, meet me there
Wish me luck, my lovely. I'll send for you when I can
And we'll make our home in the American Land'
Bruce Springsteen 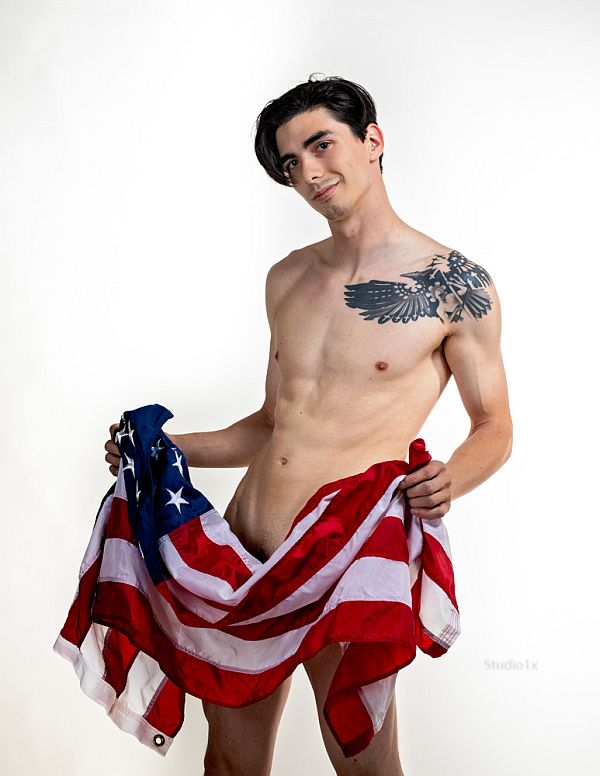 Of all the flags of the world, I don't think there's a more iconic, and memorable visual than the stars and stripes, and the red, white and blue on the American Flag.  Regardless of what the world thinks about who is in office, there remains a reverence and the country it represents.  Presidents change, (please soon!) but the flag remains a lasting, and colorful symbol of greatness. 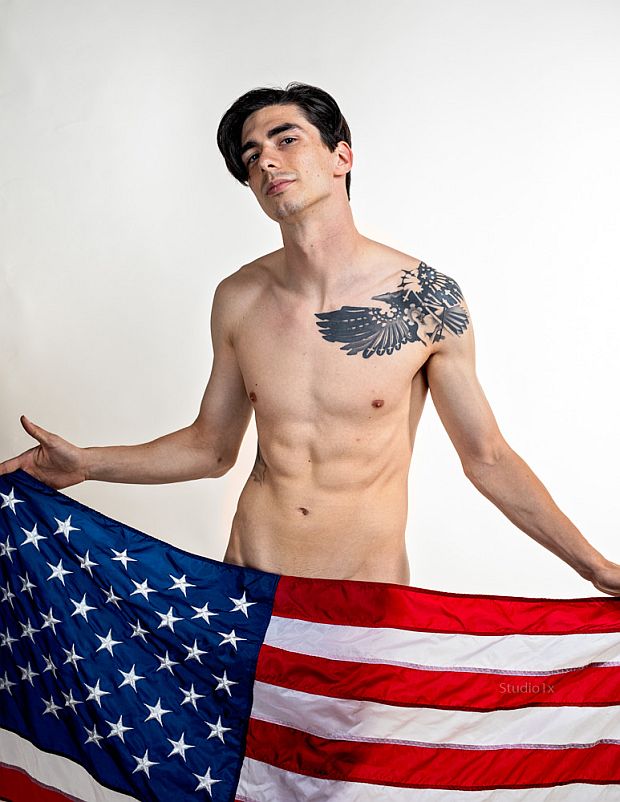 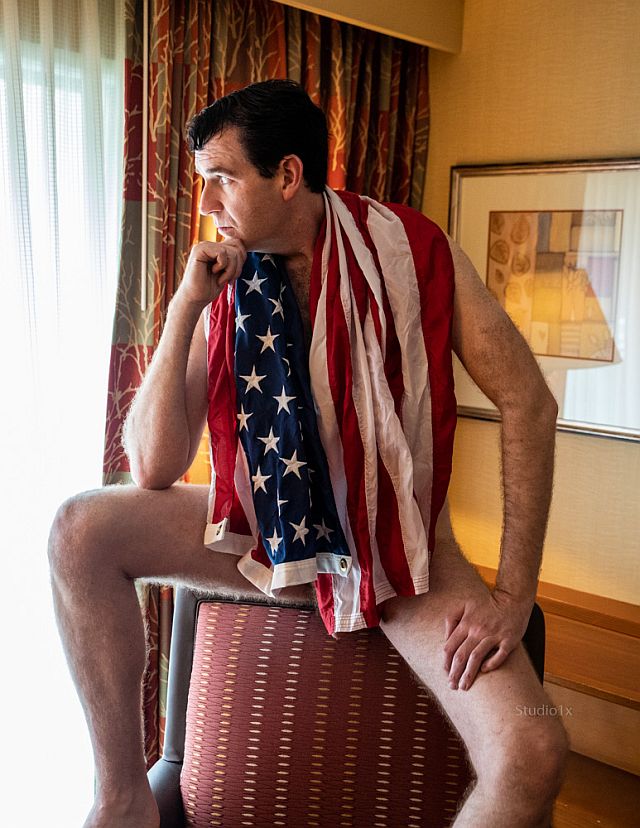 Over the last several years, Jim from Studio1x has been providing the images, and supplying the skin, to help with all of the holidays and celebrations on FH.  If you checked out my Canada Day pieces, and read the words that accompanied Jim's images of Dan with the Canadian Flag, (HERE:) you'll know why we have not one, but a buffet of bodies adorned by the red, white and blue. 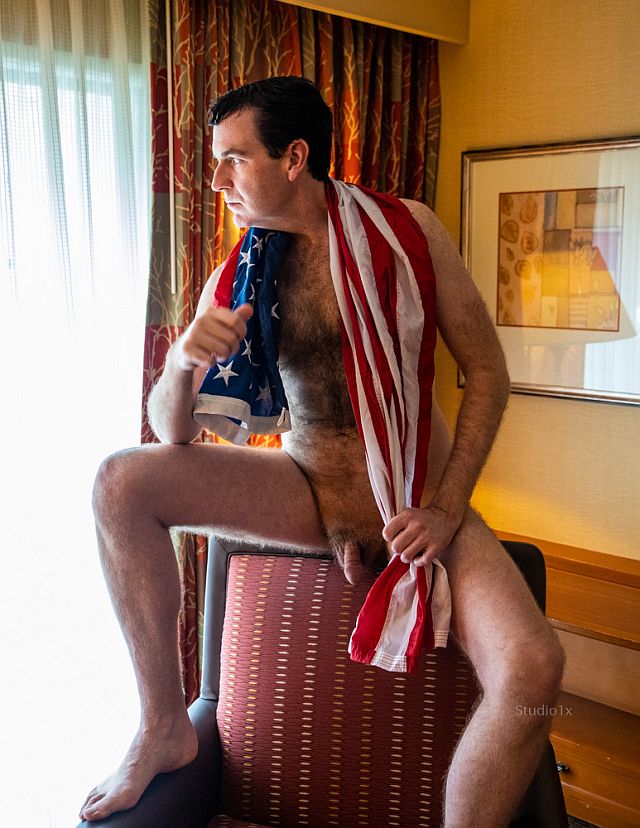 For last years, fourth of July celebration, Jim purchased an American Flag and shot the alluring Samajay, (The Grand Illusion) to celebrate the day.  As I did with Canada Day, I asked Jim if there might be a model or two who might pose with the flag for this years holiday.  Although it took awhile to get some models on board, as you can see, Jim hit the jackpot. 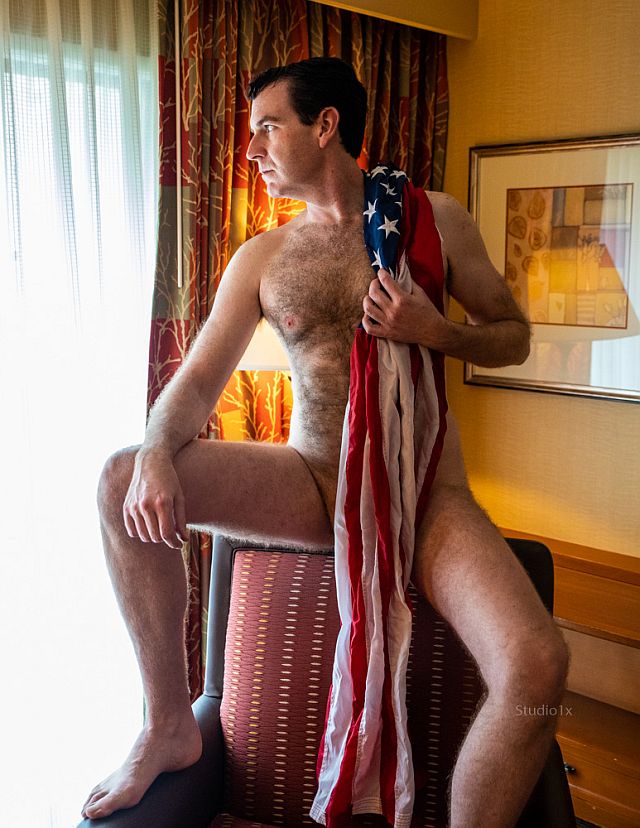 Thanks to Studio1x for helping to make another another amazing holiday for FH.  Thanks to Anon, HCHero, Joe and Riley for wrapping, and unwrapping yourself in the flag. 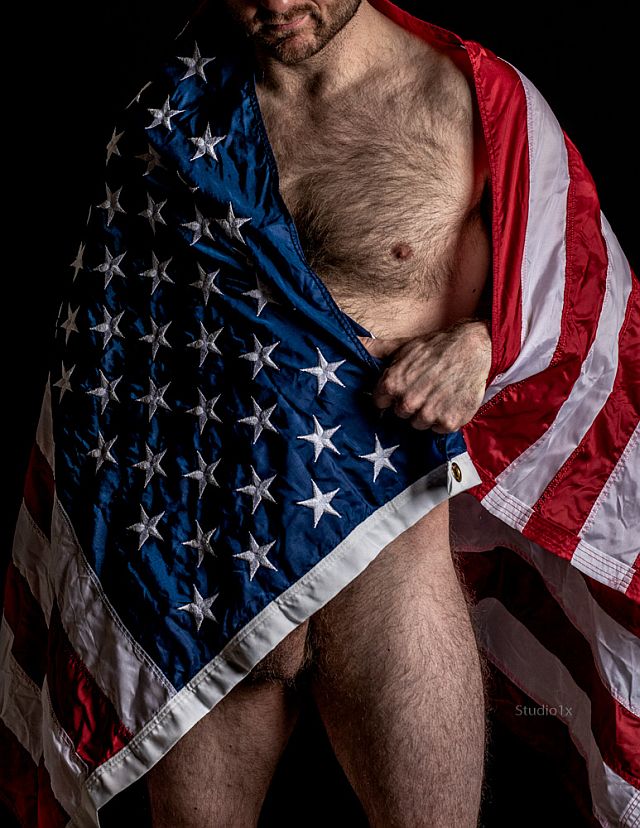 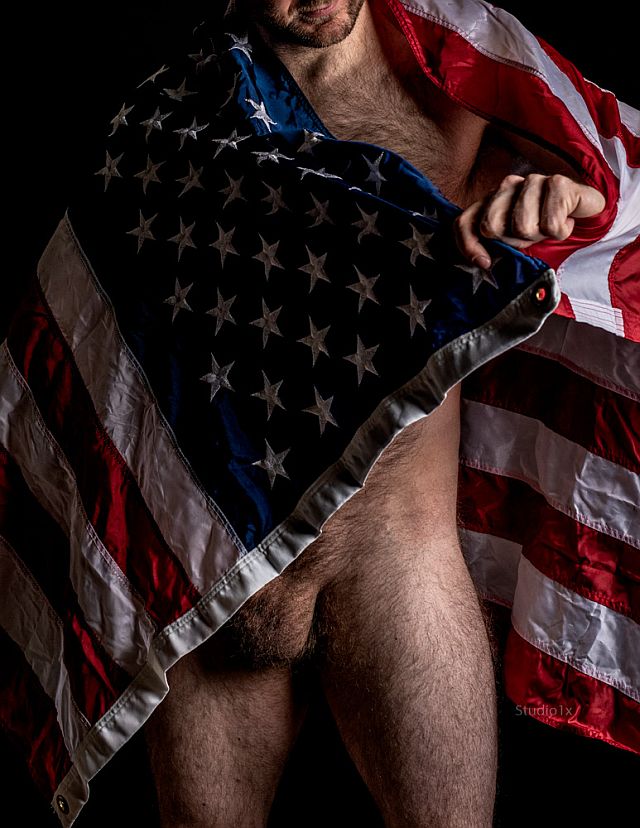 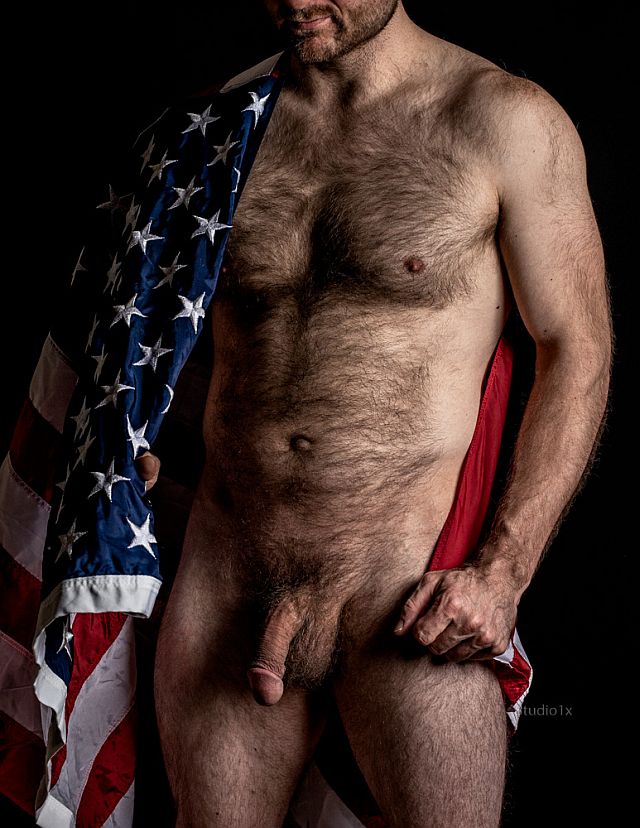 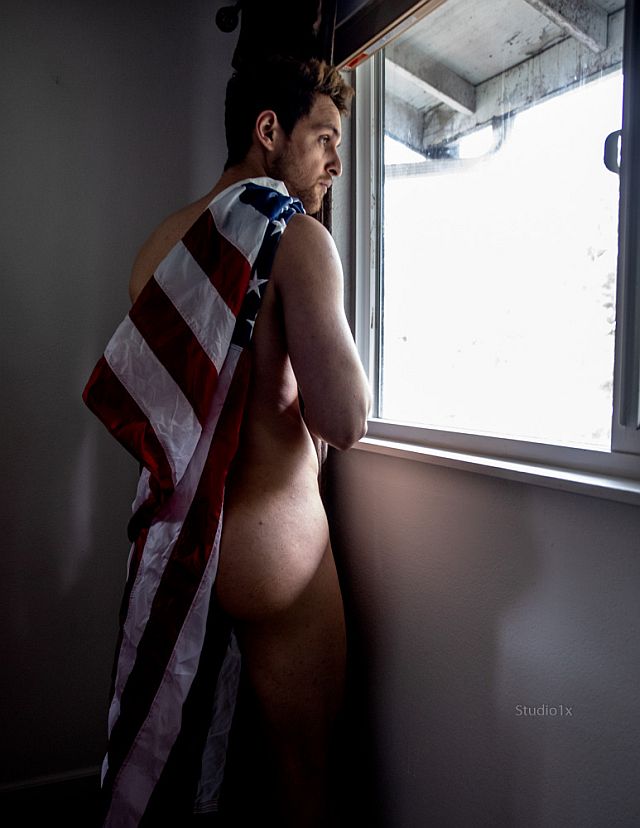 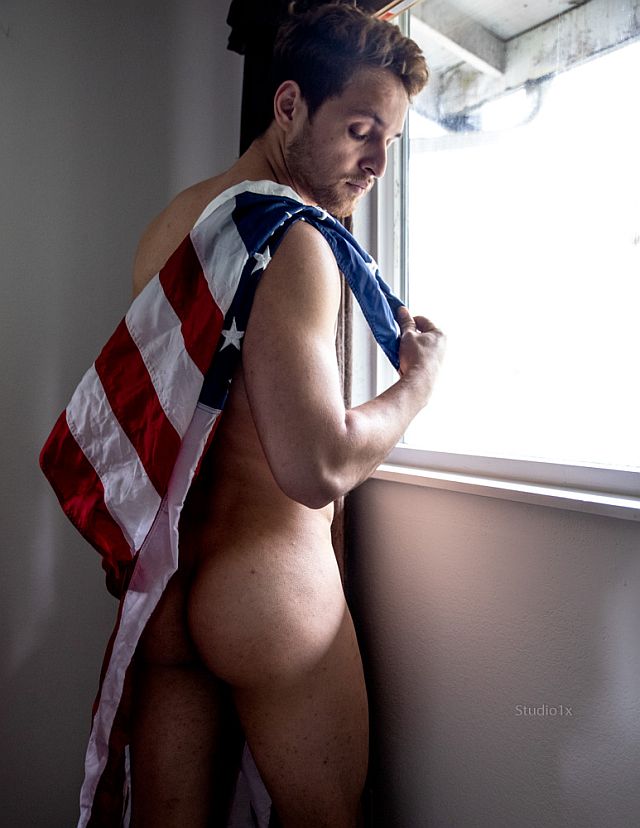 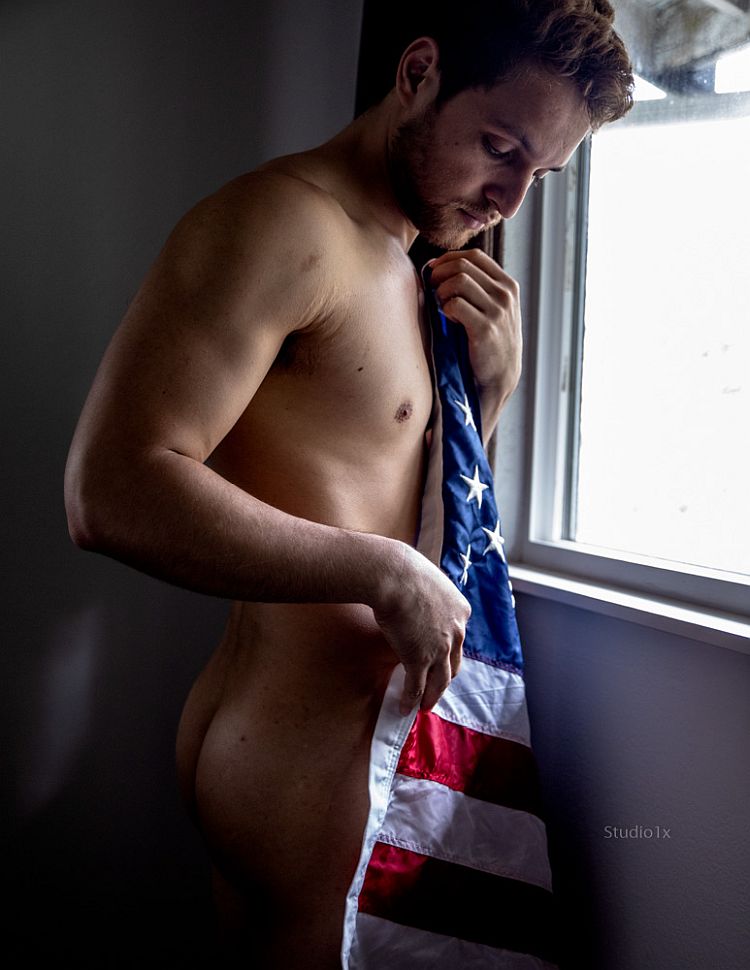 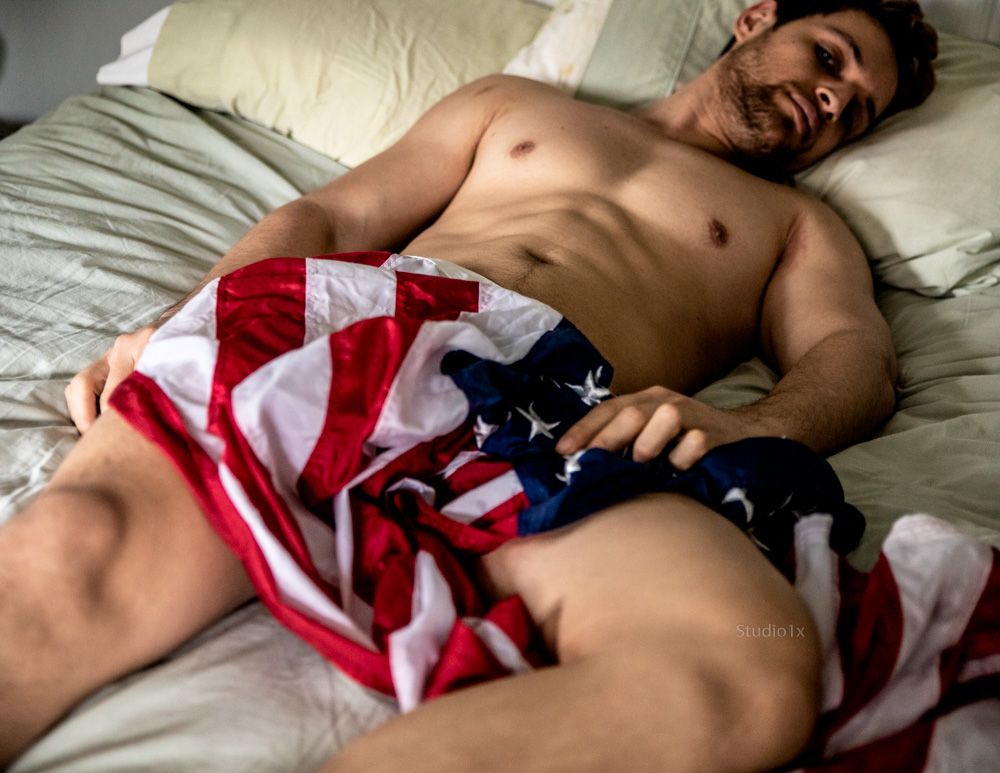 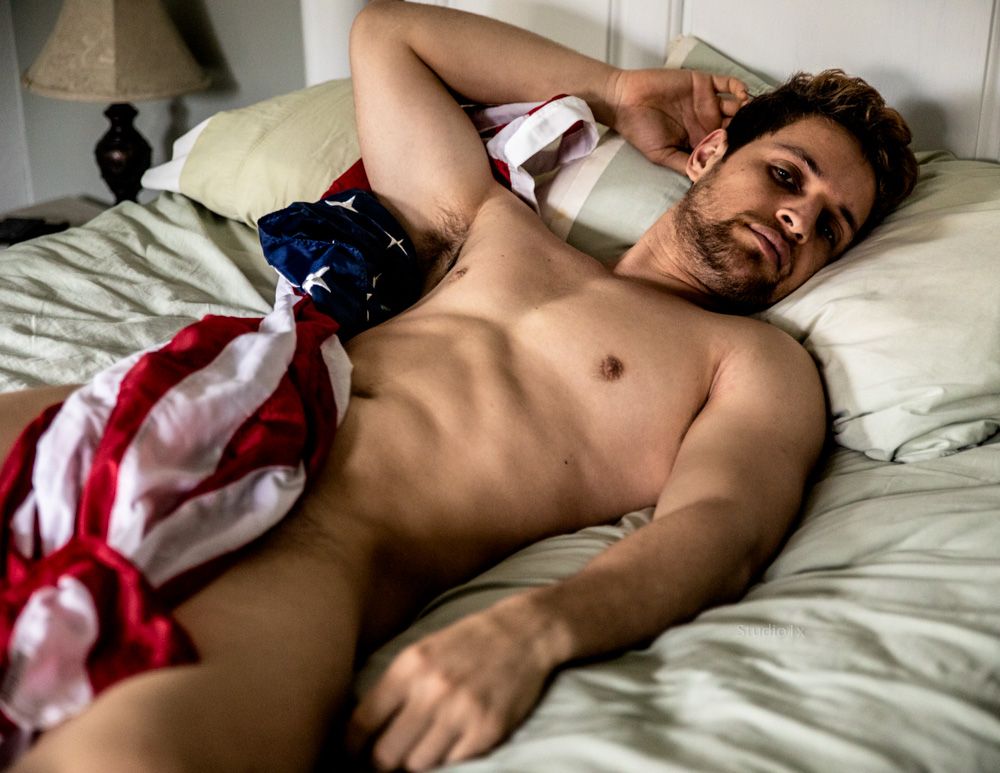