Favorite Pic of the Day for August 3rd 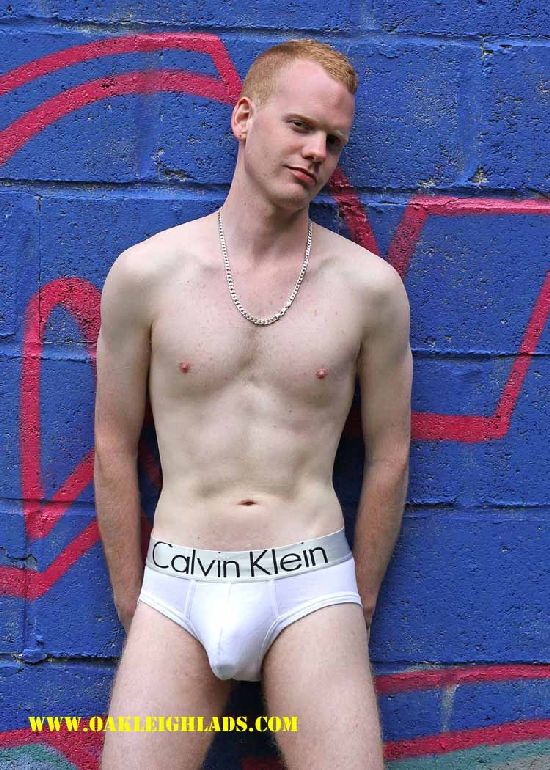 Above:
Ashley Hayes by Oakleigh
-See More Below-
Check out today's birthdays HERE:
HERE: & HERE:
at August 03, 2014 No comments:

Just Because: Knock Out 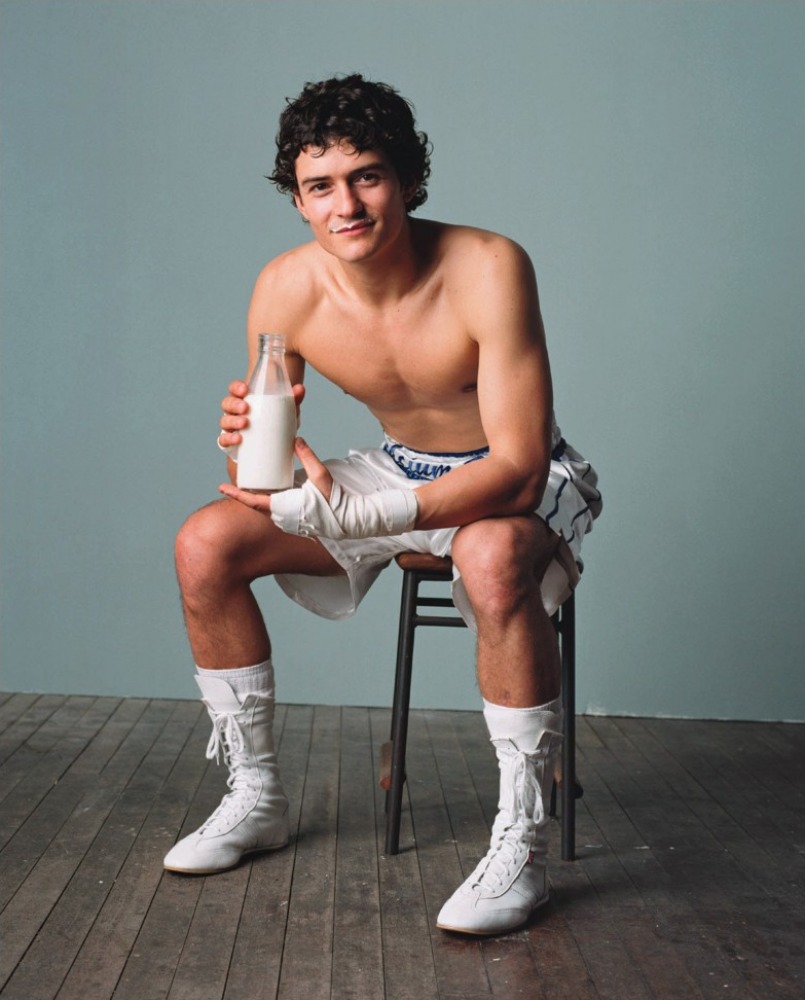 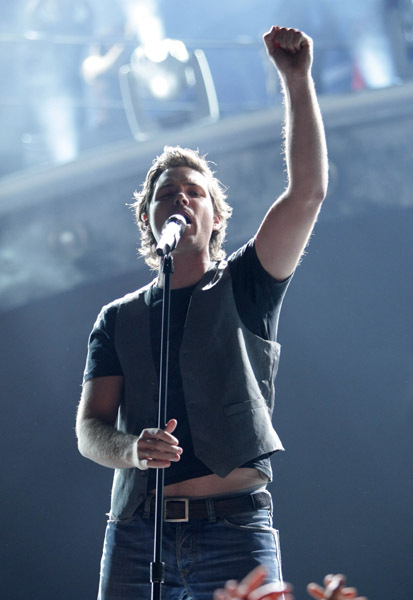 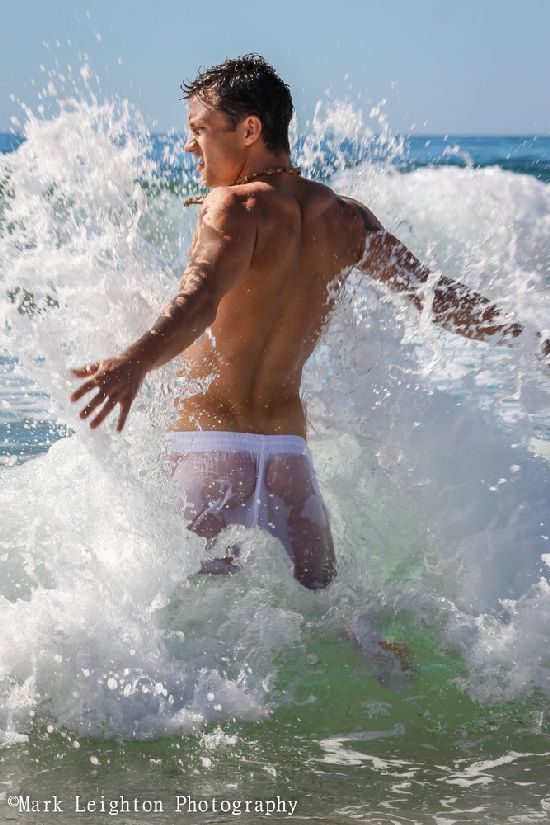 Ever since I was a kid, the first week of August has always been a time of reflection for me. When I was younger, it meant the half way mark for summer vacation and the 'back to school' commercials were beginning to bombard the airwaves. It was usually during this time, that I figured out what items from my list of things to accomplish during the summer, I wanted to try to squeeze in over the next four weeks. I used to hate those commercials, they were like a thumb tac in a balloon, sucking all the air, and color, from the care free feeling of a long summer. 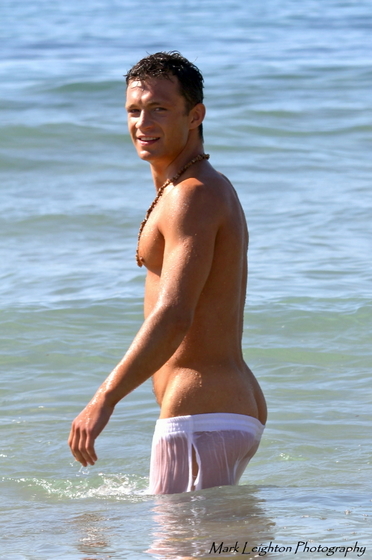 I like those commercials now. I am not in school any longer, so I can enjoy how they affect all those under 18 I encounter. Although the official beginning of the year is January 1st, sometimes it feels my years begin in September. A time to start fresh, get organized and get back to business after a relaxing lazy summer. July was a blur to me, work, weddings and tropical storm Arthur occupied much of the month. On the odd day off I was usually so busy trying to get caught up with stuff around the house, there hasn't been a whole lot of time for the usual activities of summer. The beach is beckoning loudly now that it is August and so is my urge to reorganize and regroup. I know come September what I want to have done this past summer and look forward to sharing come the fall. 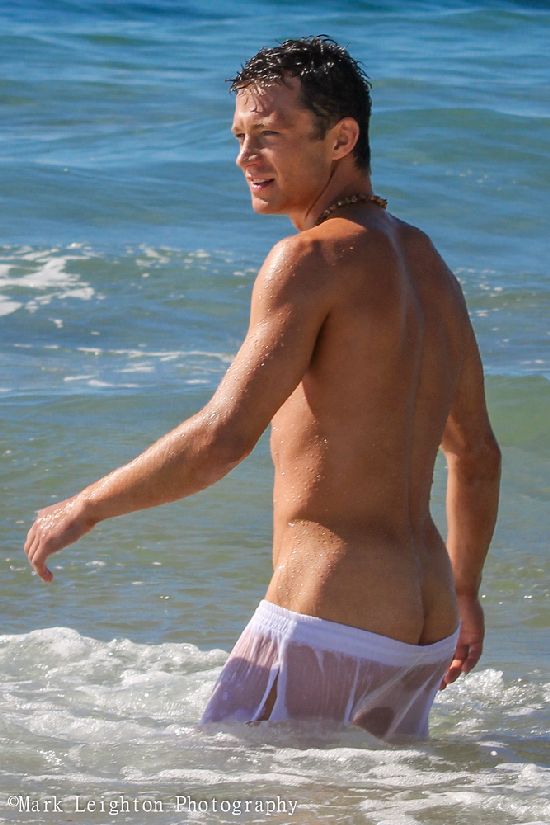 Images of Alexy from Mark Leighton
at August 03, 2014 No comments: 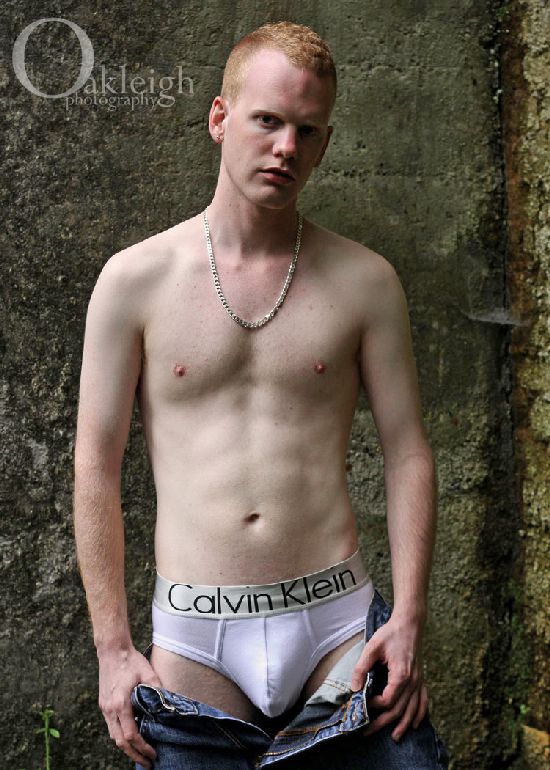 I am not sure if it's just me, but it seems America is still reluctant to acknowledge that some of the hottest men on the planet, are gingers. We don't seem to have a problem loving ginger women like Lucille Ball and Molly Ringwald. We don't hesitate to see ginger women as hot, women like Christina Hendricks and Emma Stone. We still however struggle with the men. 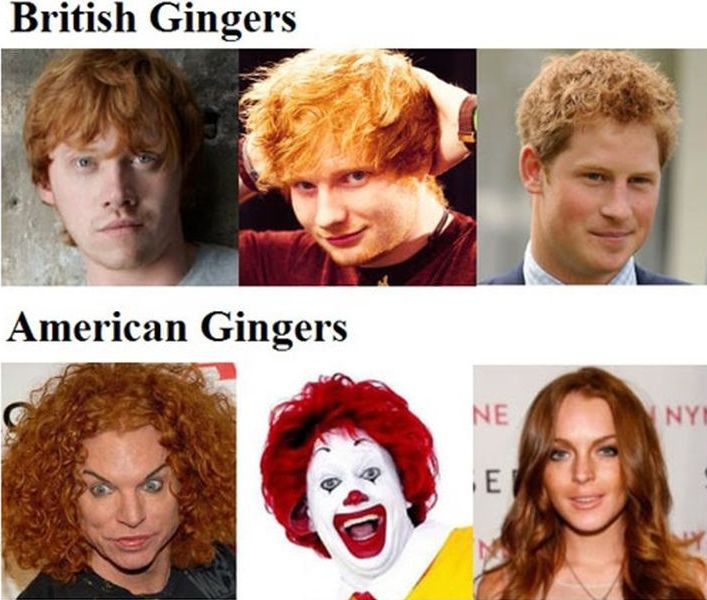 Some of my favorite men on the blog I have profiled have been gingers. Talented, hot and full of personality and American. Yet... when it comes to hot ginger men the lists is usually made up of mostly European's. Damien Lewis, Kevin McKidd, Ewan McGregor, Rupert Gint and of course Prince Harry. Maybe part of it is because of the percentage of gingers in Ireland and Scotland. That isn't all though. Americans are notoriously slow with change. Whether it be social issues, equality for women, minorities and gay rights, as the world progresses, America is usually pulling up the rear. Things are getting better, but slowly. 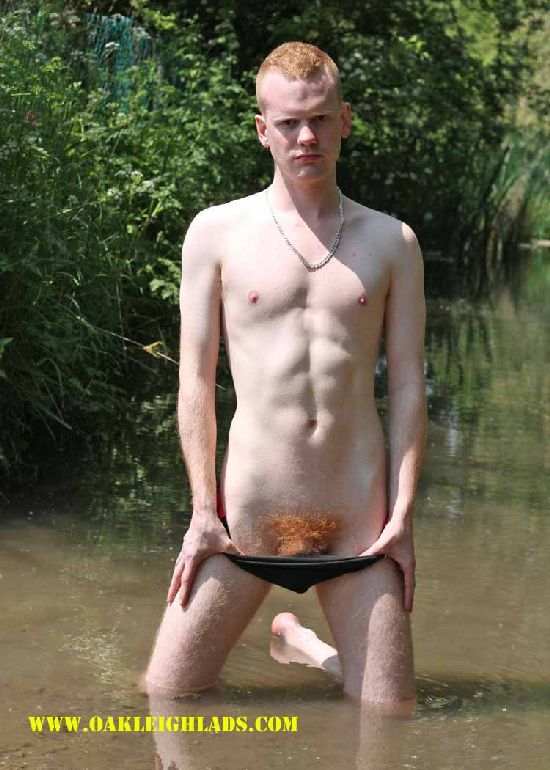 One of things I can do to help things along is to feature more gingers on the blog, from America, and models from all over the globe! First stop, England to meet 25 year old model Ashley Hayes. Ashley first contacted me in June asking if I would provide some feedback on his site. As I was browsing his impressive portfolio, I came across his work with Oakleigh, whose work I featured on the blog last year. I love about David's (Oakleigh) work is his blending of beautiful bodies with the English country sides and coast lines he places them in. David also seems to always manage to bring out a raw sexuality in his subjects, something he certainly accomplished with Ashley. 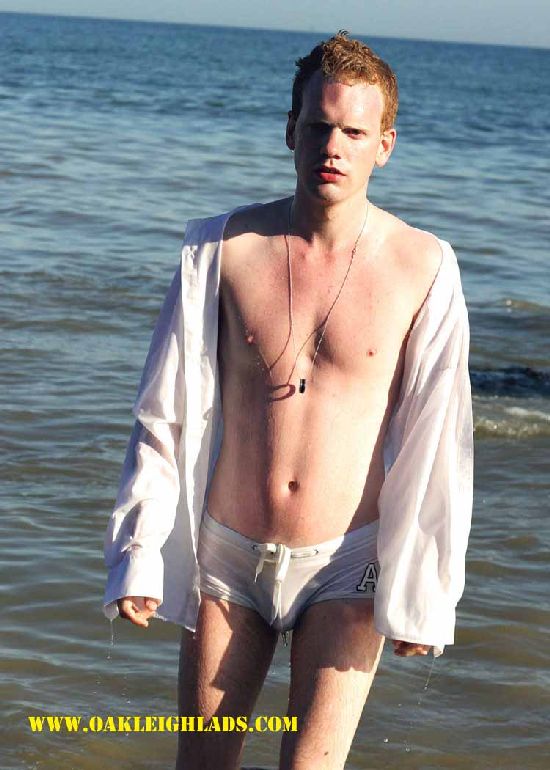 I love that Ashley not only embraces his gingerness, he considers it his greatest selling feature as a model. Ashley has only been modeling for about a year and half but was not having many responses to his enquires to sites and it was Oakleigh who helped provide the first images to his portfolio. Oakleigh was recommended to Ashley by another model and Ashley reports Oakleigh agreed to help him build his portfolio and provide images for him to send out in return for Ashley agreeing to appear on his site. 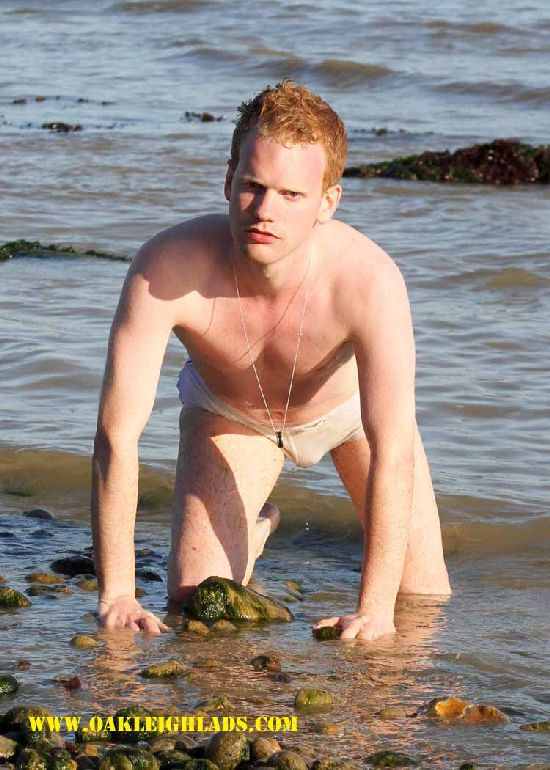 The only problem was, Oakleigh was the other side of the country, but lucky Ashley has a small camper van that he uses for travelling around England and elsewhere. So, as part of his summer holiday last year, he travelled to meet up with Oakleigh for his shoot. Given he had never done any type of modelling before, let alone modeling completely naked, Ashley was a little nervous with not knowing what to expect. 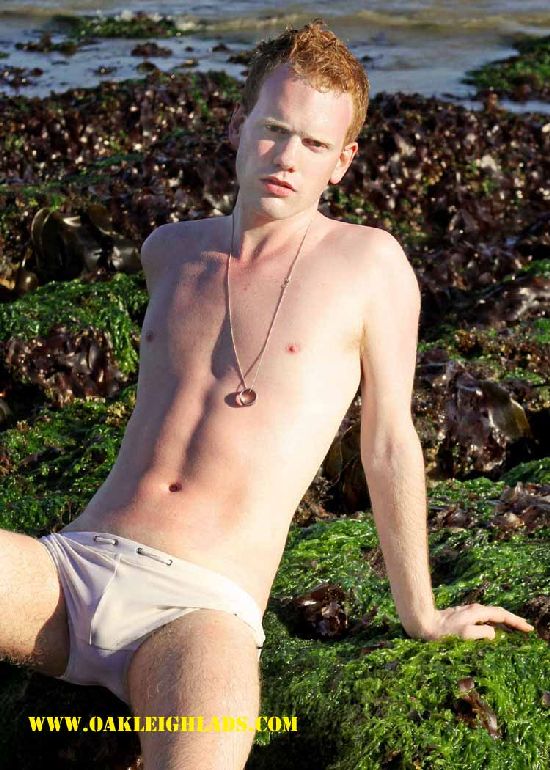 'We spent travelling around the local country side using the background of locations to get sets of shots that we were both happy with. At first it was very strange standing in the middle of a field having a total stranger take photos of you whilst you got into awkward but provocative positions. Oakeligh was very professional though and put me at ease right away. He told me that I could do whatever I wanted and if there was something I didn’t want to do, we simply wouldn’t do it. As we where shooting out in the open it was quite possible that anyone could have walked by and seen me naked in the fields or sat on a tree stump. I have to say though it was fun and slightly empowering.' 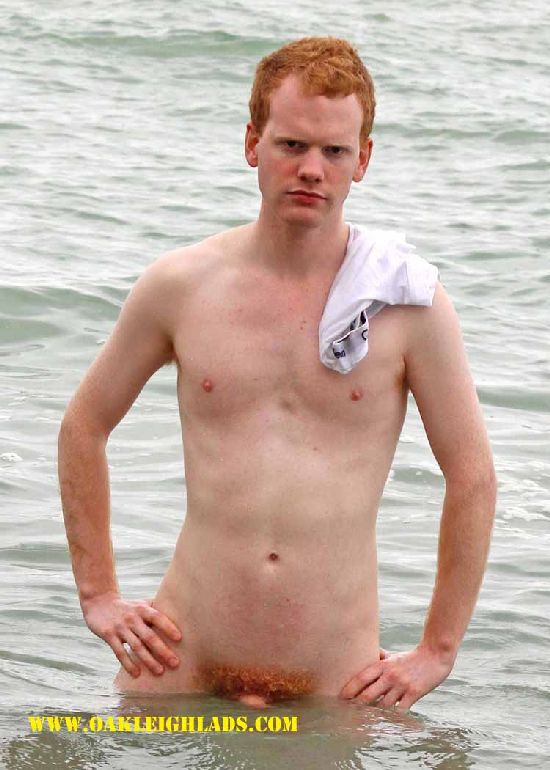 When the shooting day came to an end, Ashley says they both went our separate ways and he went off to enjoy his holiday camping in the Dorset country side, the place of his birth. About a week or so later, Oakeligh sent Ashley on the images. 'I was a little taken aback as I had never seen myself in this way before. Suddenly I could see the abs and the definition that I had been working on for so long.' 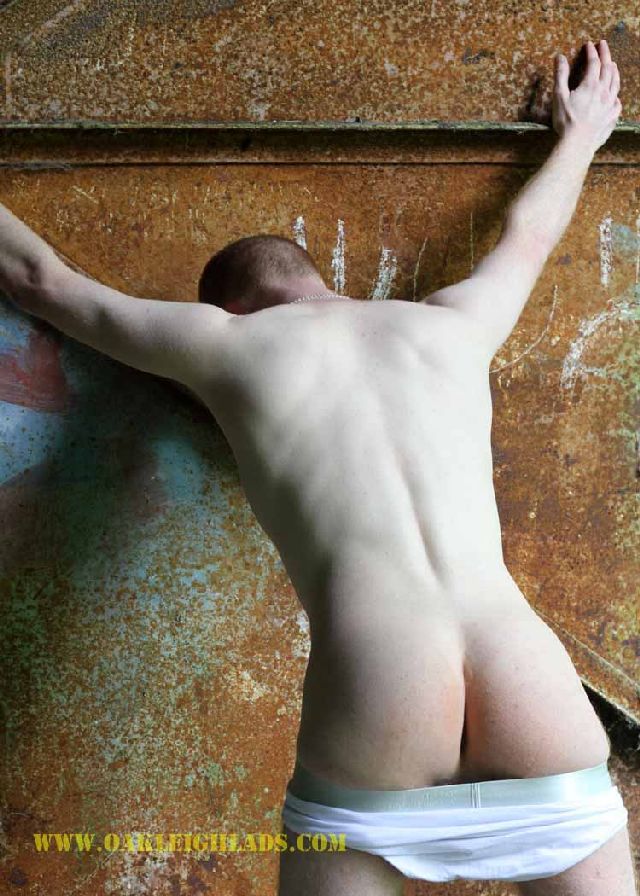 'Since my first shoot with Oakleigh last summer I have had a second shoot with him. My modelling experience has grown and I have had the chance to work with many photographers across the country, including a photographer who came all the way from America just to shoot me. Although still doing mostly adult images, I also am doing a wider variety of modelling types than I thought I would ever do, including fashion, artistic work and many others.' 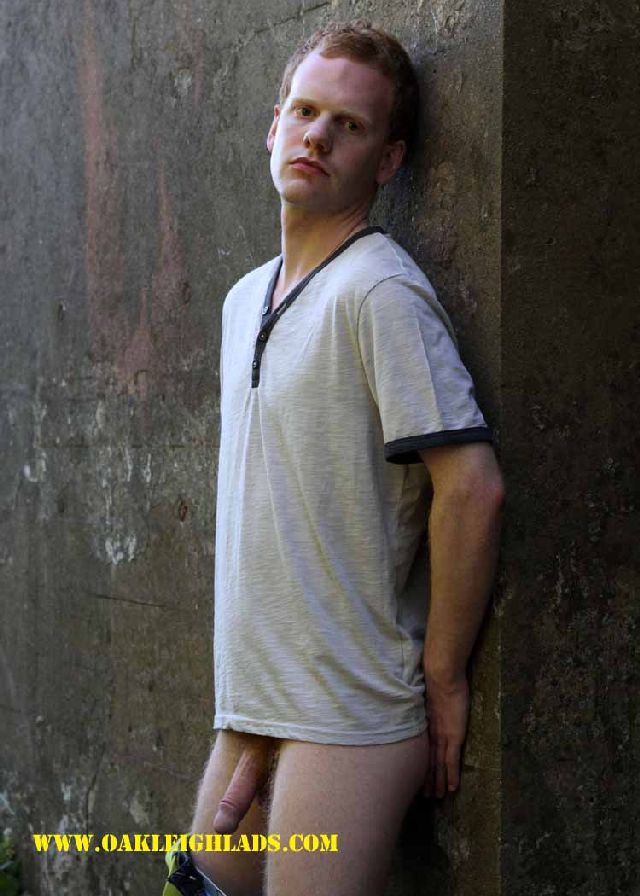 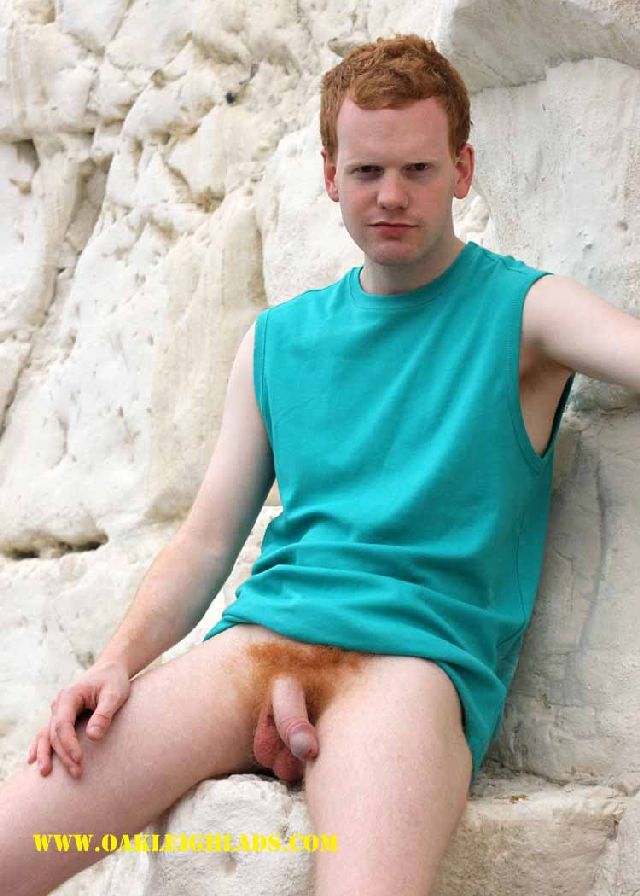