Favorite Pic of the Day for December 8th 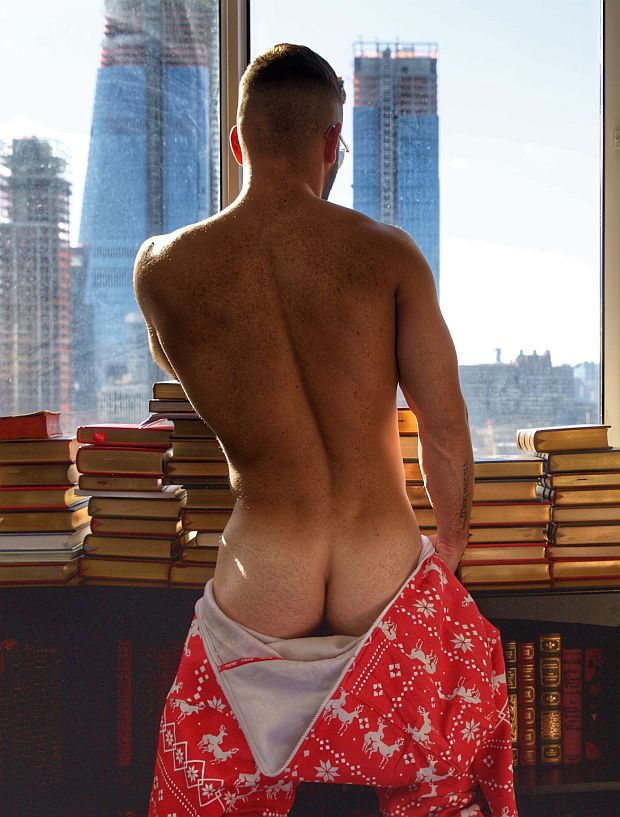 Above:
Nick by Richard Rothstein
-See More Below-
at December 07, 2017 No comments: 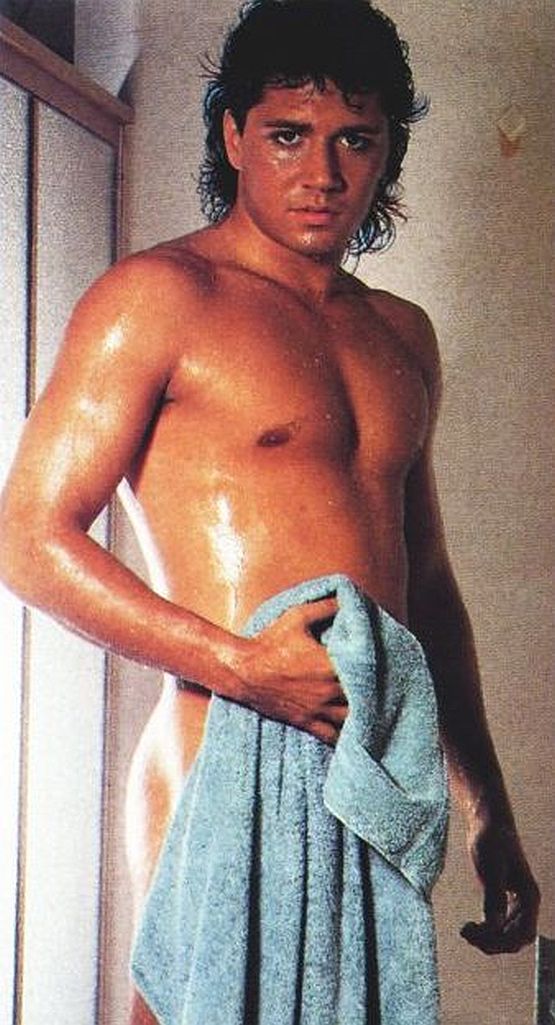 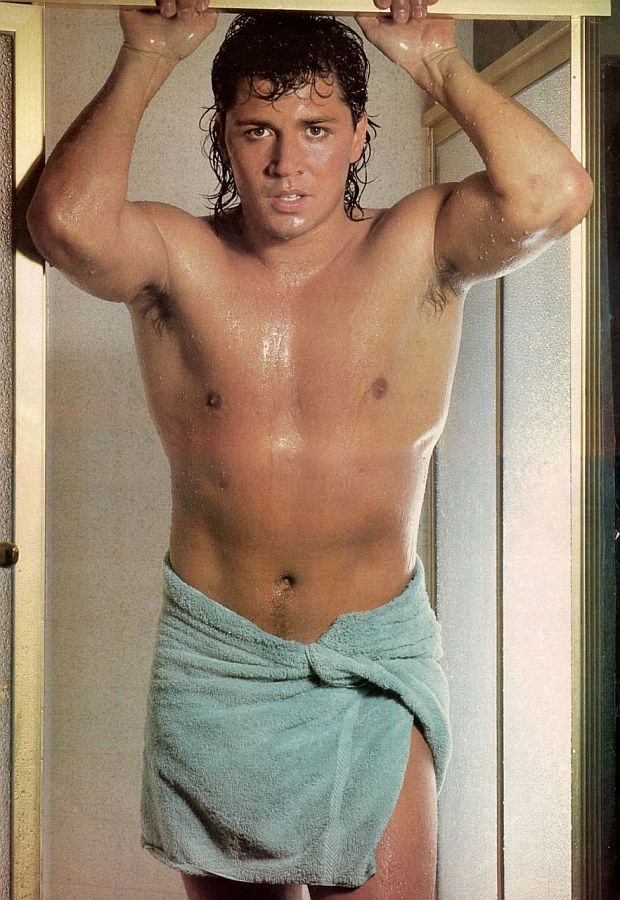 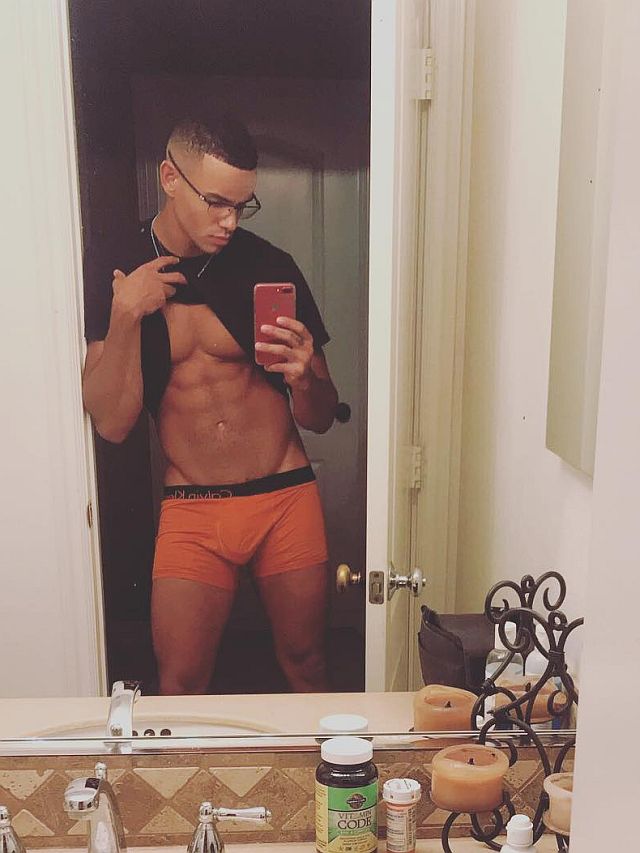 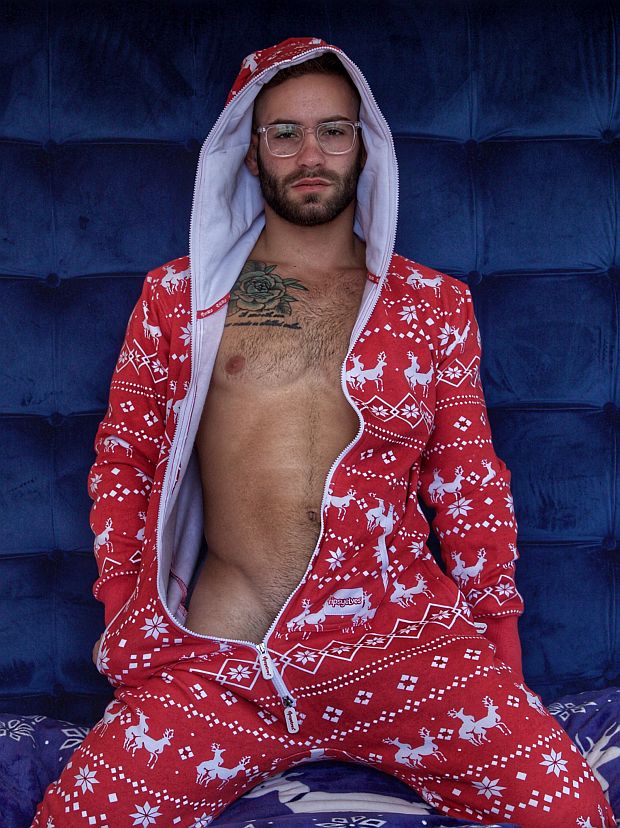 Naughty is the new nice! 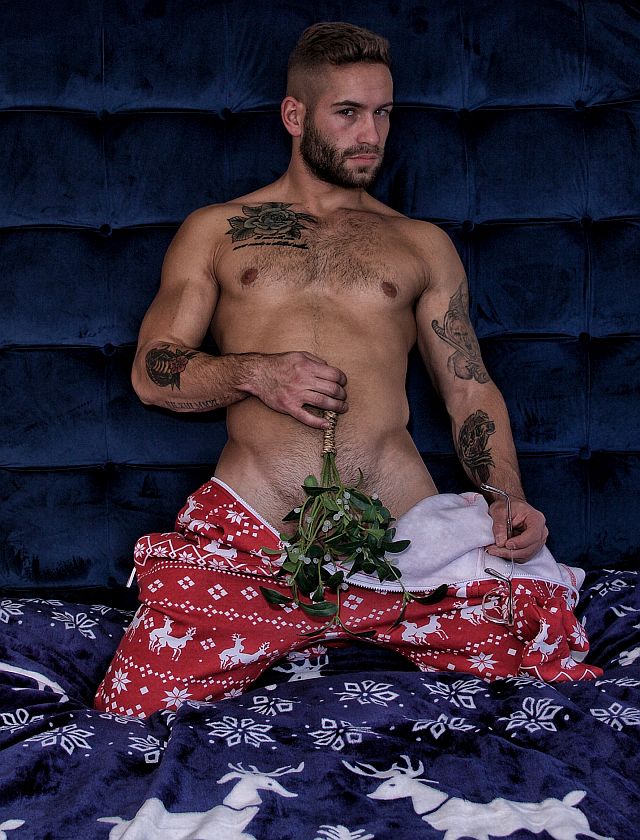 To celebrate his first Holiday in his new apartment, Richard Rothstein called upon Nick, one FH's favorite elves, to help with decking the halls, trimming the tree, not to mention the spreading of the spirit. The last time we saw our sexy North Pole dweller was last month when he and his buddy John were spreading joy to many weary travelers on the New York Subway. (Edge of the Platform) 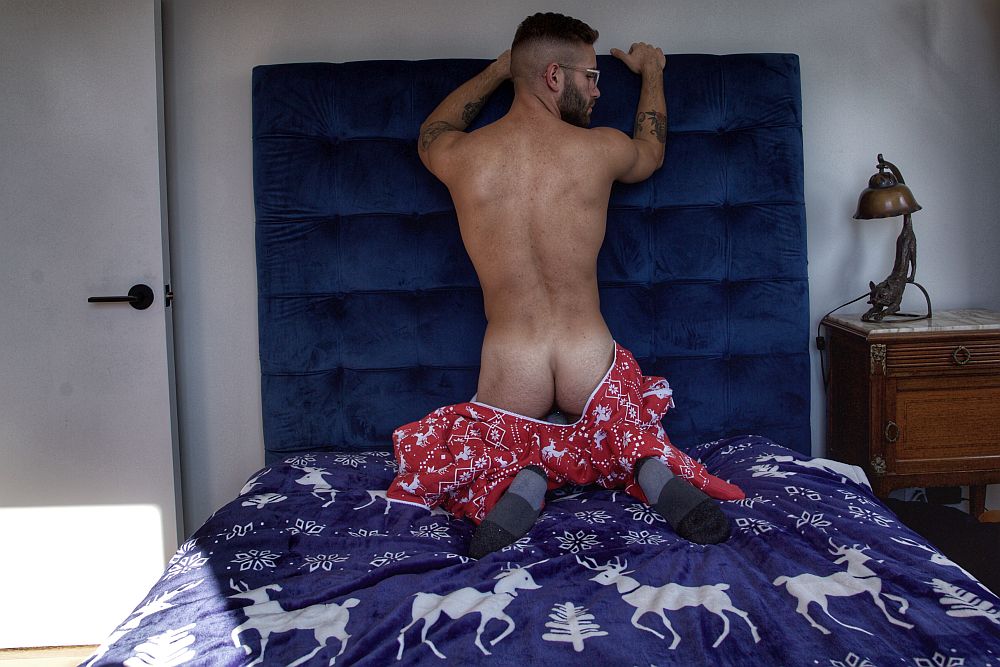 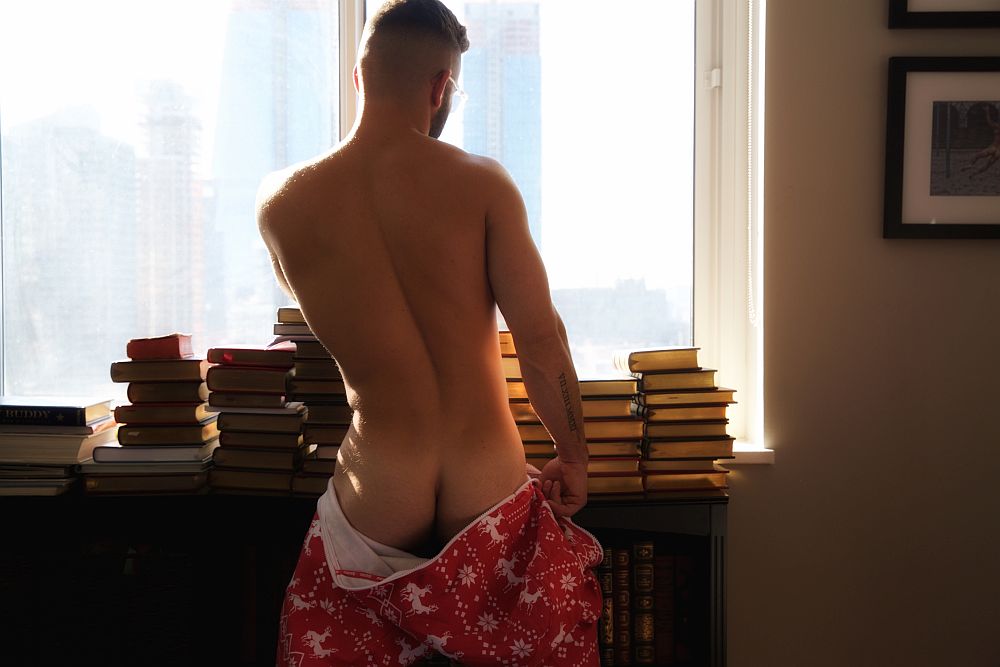 Of course this being Richard, there is no need for elves to bother with wearing their elf boots, green suit and hat. Richard keeps his wintertime lair toasty warm, so even the Christmas sweaters end up quickly on the floor. Nick looks particularly festively fetching in his red and white flannel onesie, but like the holiday sweaters, it didn't stay on too long. After decking all those halls, Nick needed a rest, but for that, you'll have to wait until a little closer to Christmas. 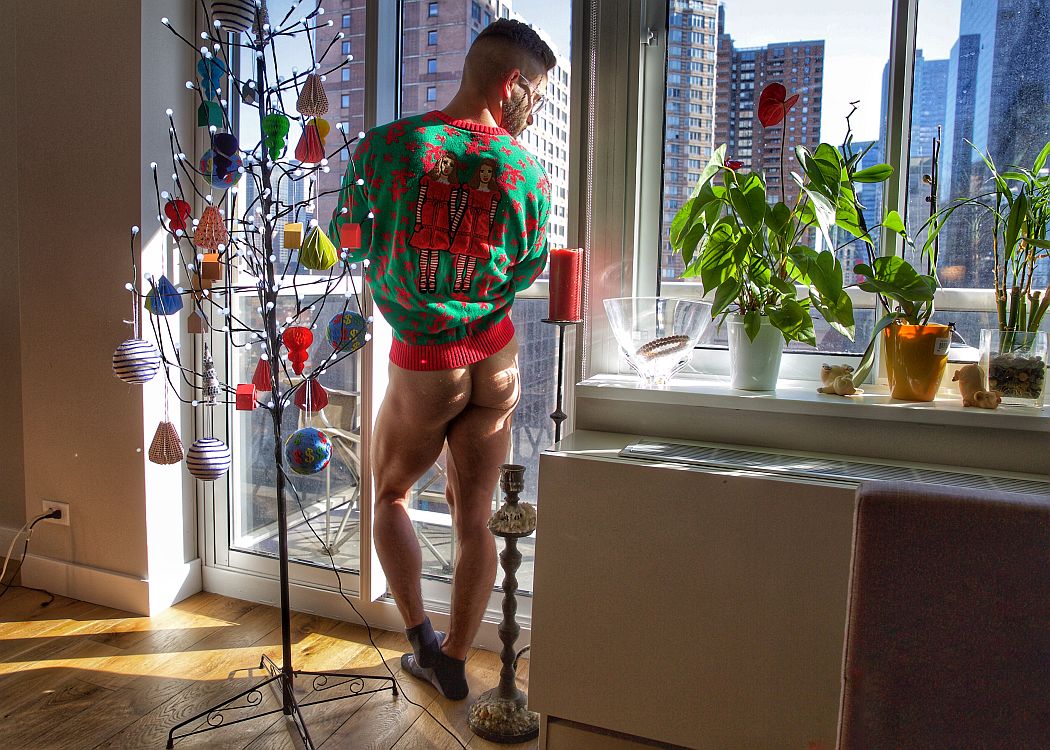 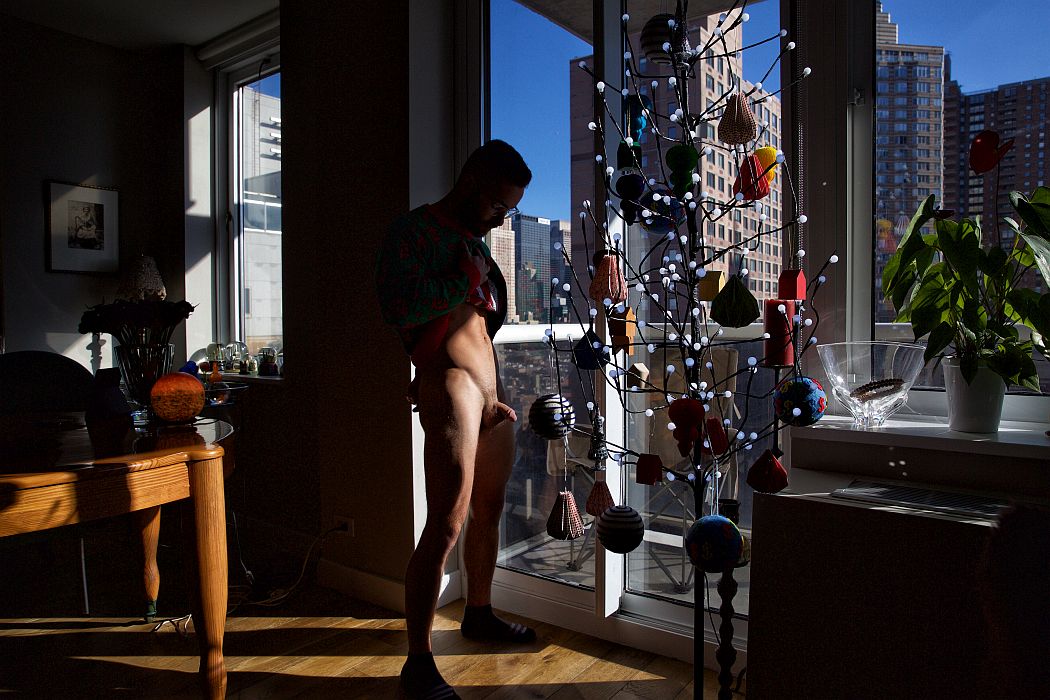 I have often associated Richard's work with spring and summer, but as I was starting this piece, I was reminded that Richard's work has helped FH celebrate not only Christmas, but also many winter snow days over the last few years. From NY's Back Door Santa, to Tony's holiday sweater through Chris Bell's blizzardly ballet. You can check out all of Richard's work on FH, including his holiday themed shoots HERE: 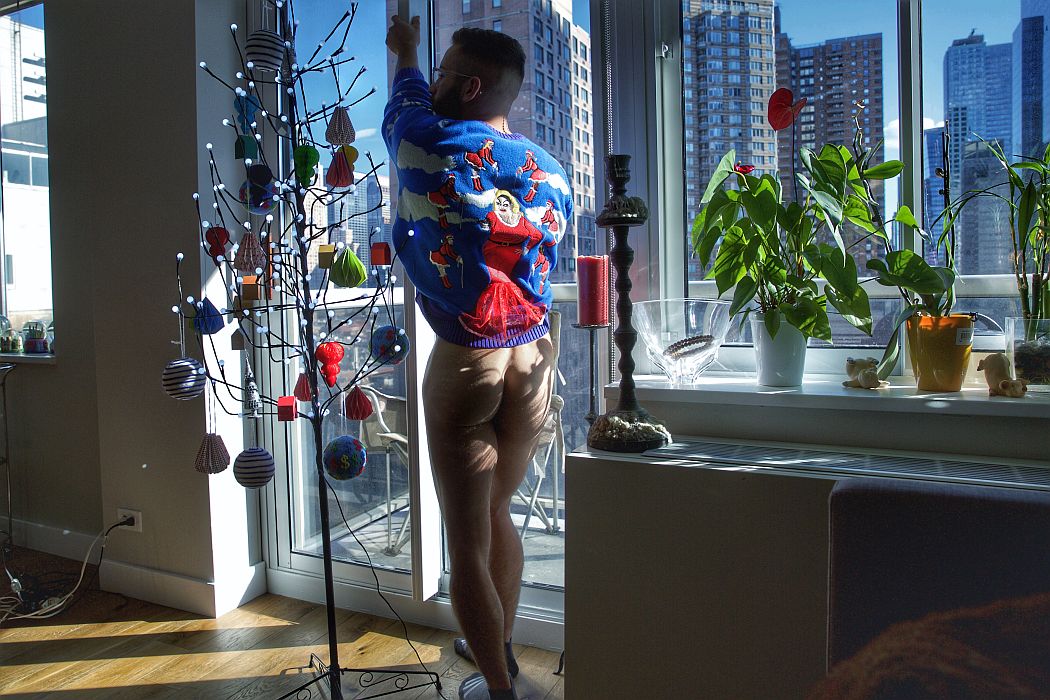 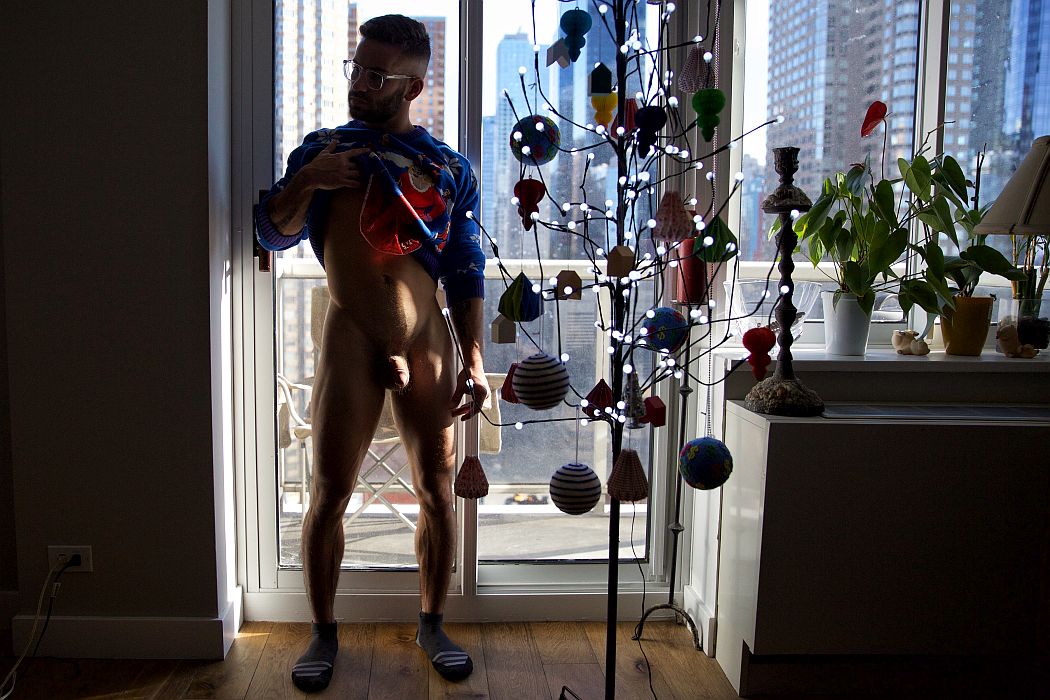 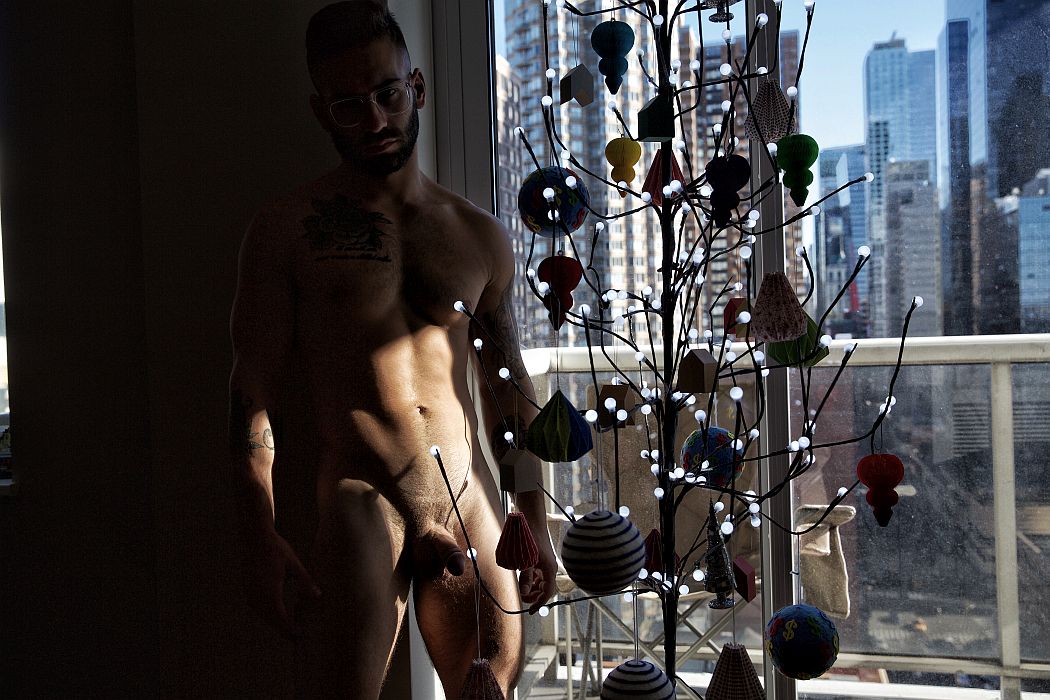 Hanging with The Goldbergs 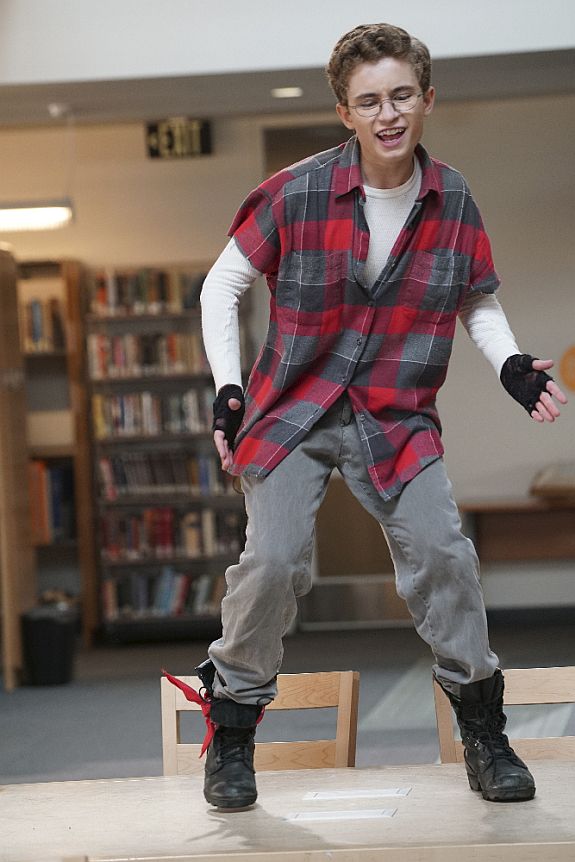 For some reason I was never drawn to The Goldbergs. I saw commercials for the show, but motivated to watch until last month. I caught the Halloween episode and found myself enjoying the 80's references, the characters and how relatable the family is to my own. Since then, I have been catching repeats now that the ABC comedy is in syndication. 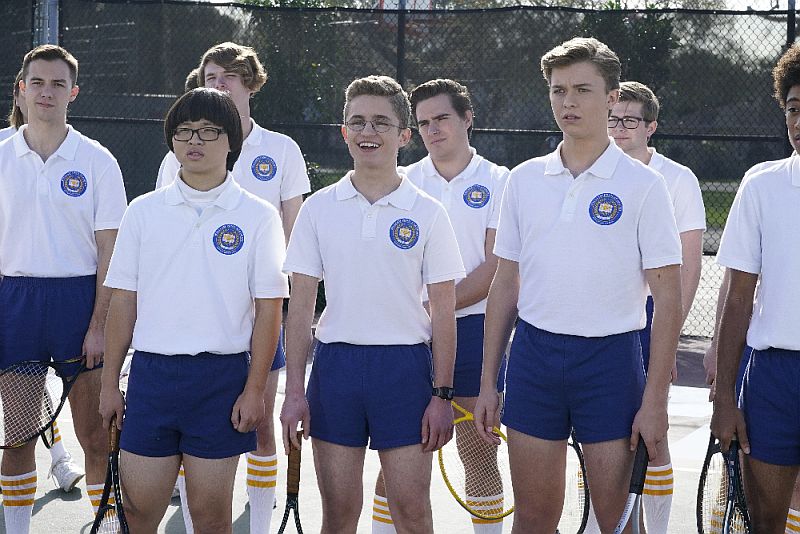 Now you might initially think the show wouldn't the place place to find subjects for FH, but you would be wrong. Stars Sean Giambrone (Adam) and Troy Gentile (Barry) are both adorable, and although Giambrone is now 18, is a little too young looking for my tastes. There is a character known for dropping his pants and hanging out in his tighty whities and another character named 'naked Rob', but the tighy whities are on Dad (Jeff Garlin), and I have yet to see Rob actually live up to his nick name. 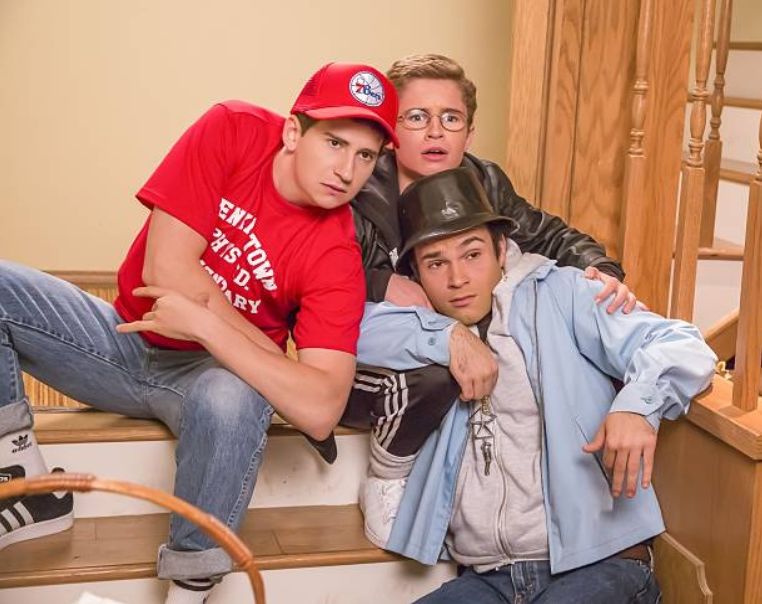 That's not to say there aren't a few hunks if you look closely. Barry has a group of friends, and oldest daughter Erica has had a few boyfriends and dates that caught my eye. Within the group, there were a few models and familiar faces, some in recurring roles, some with quick 'blink and you'll miss them' cameos. I have put together a small list of some of my favorites below. 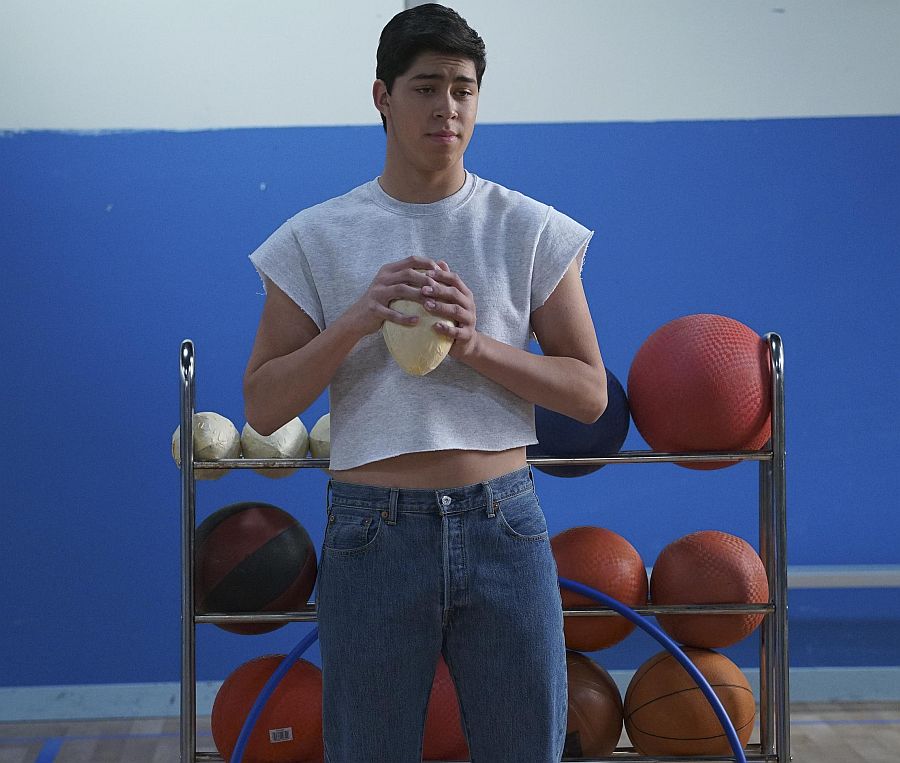 Niko Guardado played Rubén Amaro Jr. in a handful of episodes. Rubén is that guy in high school who everyone, both male and female, loves and looks up to. The sports hero, the hunky stud walking through the school hallways in his crop top, flashing just enough stomach to have you craving to see more. 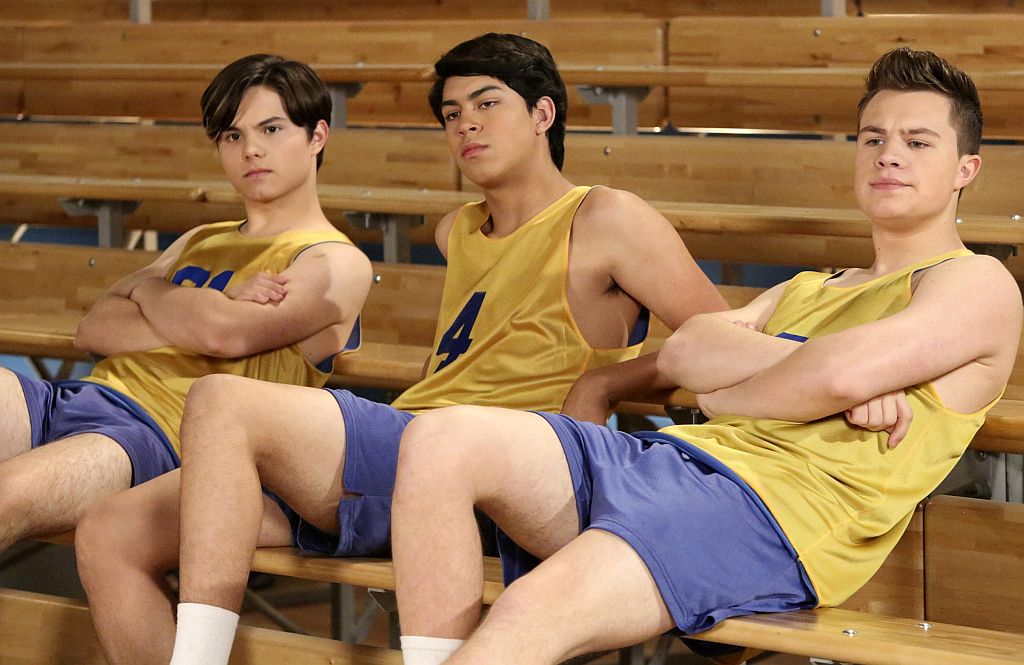 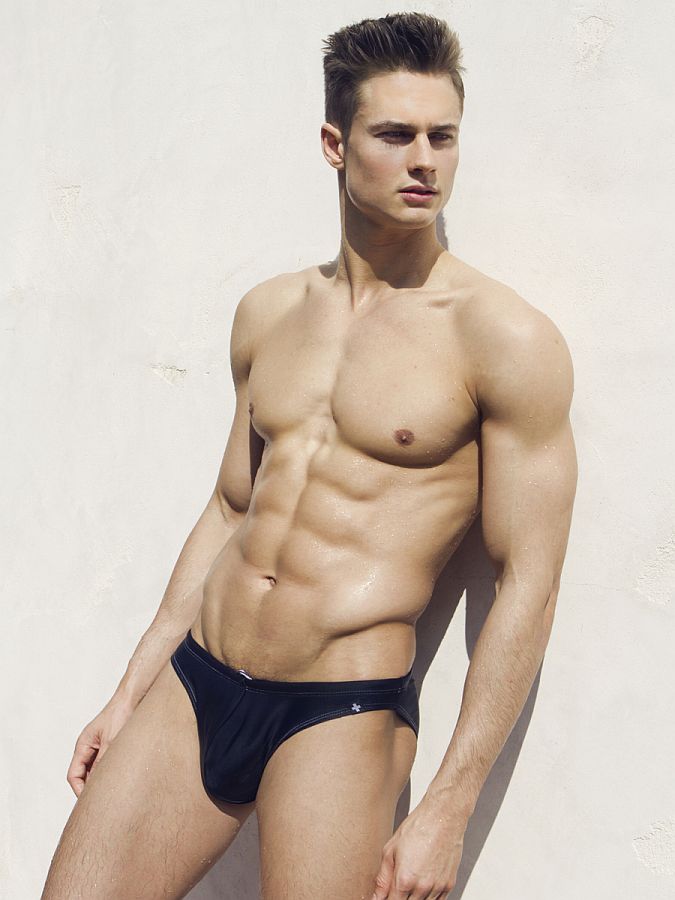 Across the street from the dysfunctional Goldberg family live the Kremps. The Kremps are the perfect family, all good looking, like a Stepford family. Tom Cavanagh plays the hot dad and Jacob Hopkins as the youngest son Chad. Model Tyler Stokes (above) plays the oldest Kremp, Drew who Erica crushed over in a few episodes. 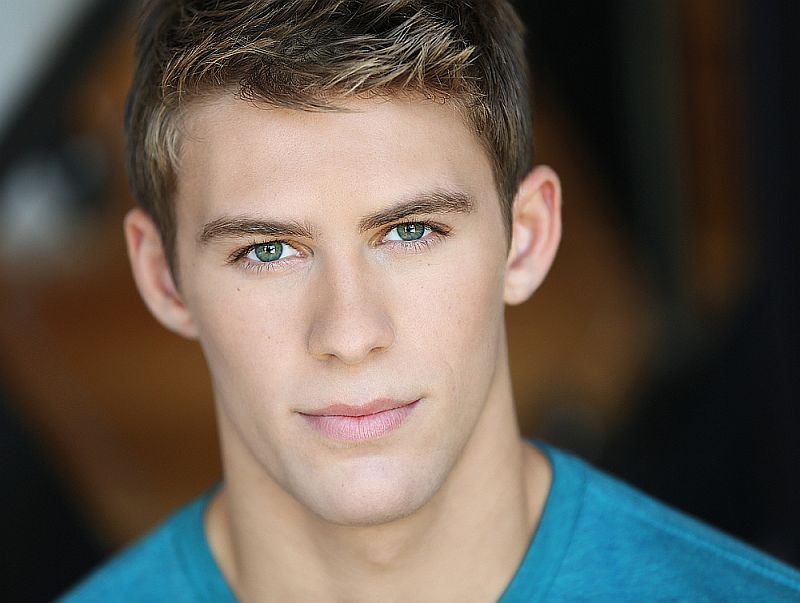 Actor Griffin Freeman, who I featured after his naked run in the film Paper Towns (HERE:) had a quick cameo as Laniney' sexy cousin Nate 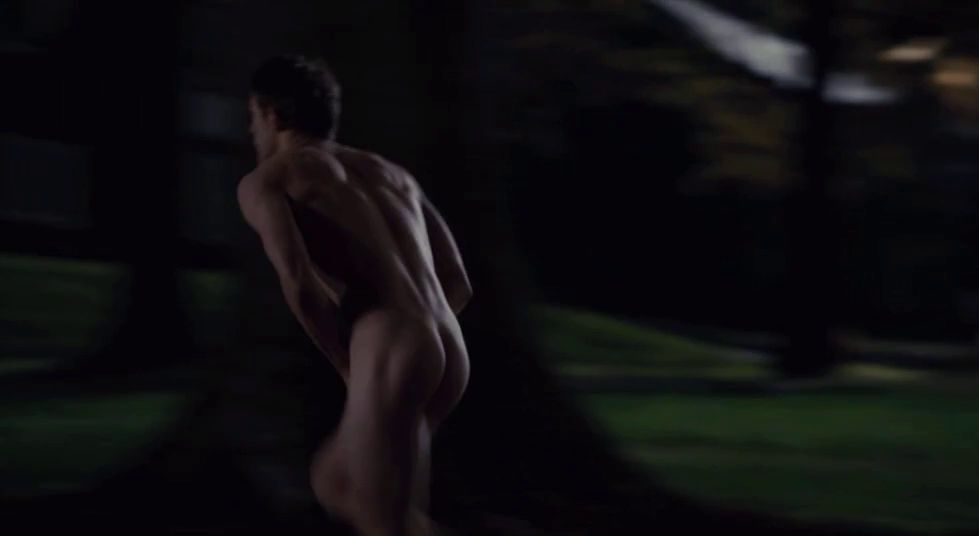 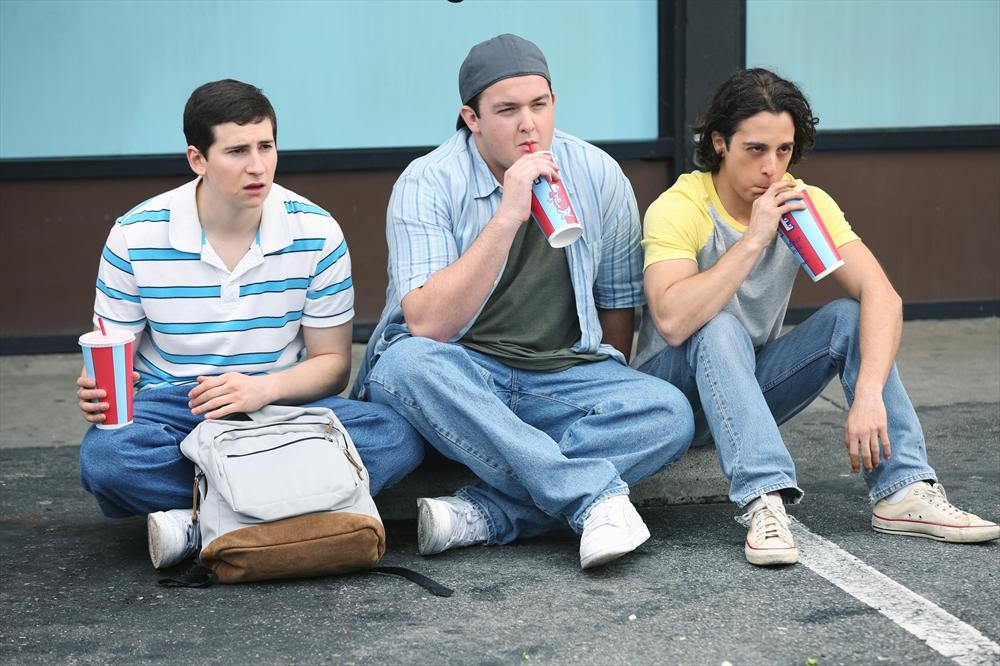 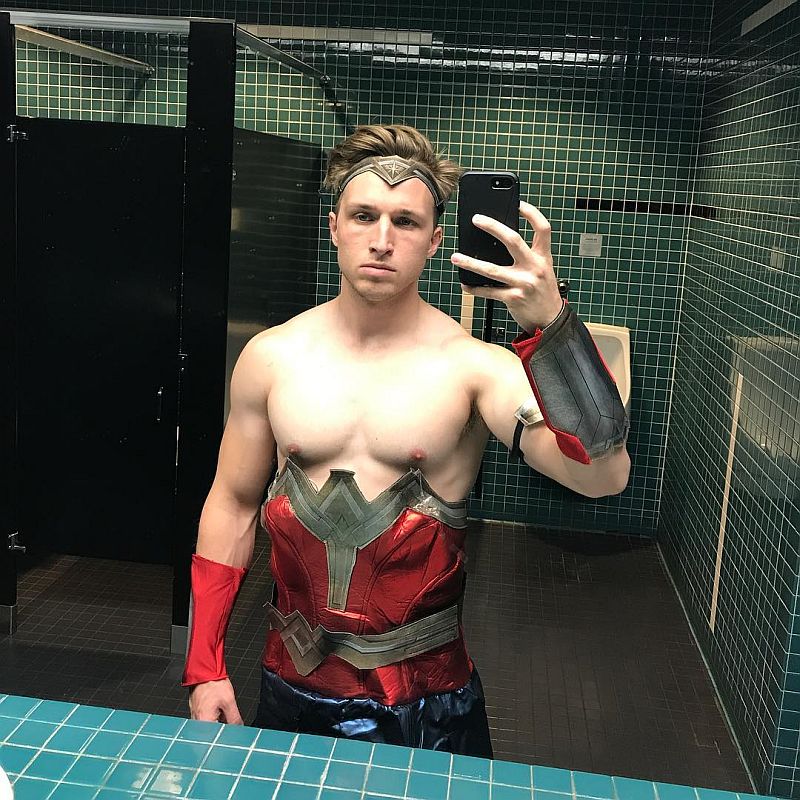 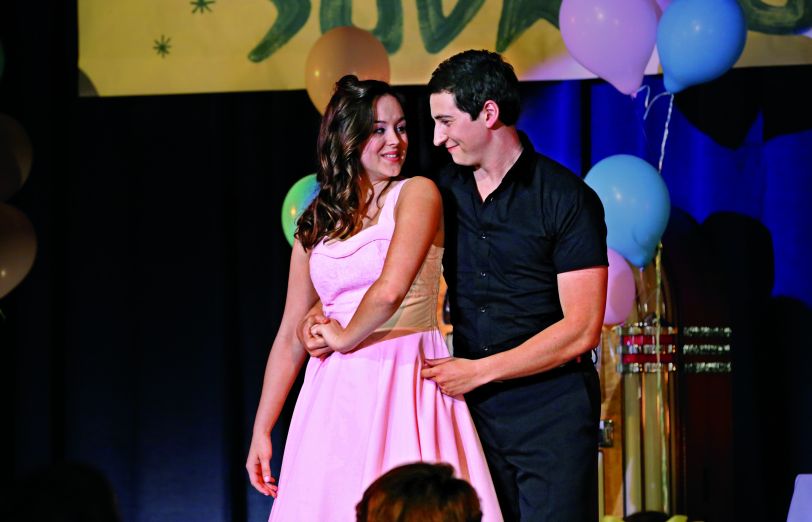 Talented actor Sam Lerner is my favorite hotties who hangs out around the Goldberg house. As Barry's best friend and Erica's nervous boyfriend, Lerner is a great combination of goofy and sexy. Lerner continues one of Hollywood's long held traditions of having 25 year olds in the role of high school students. 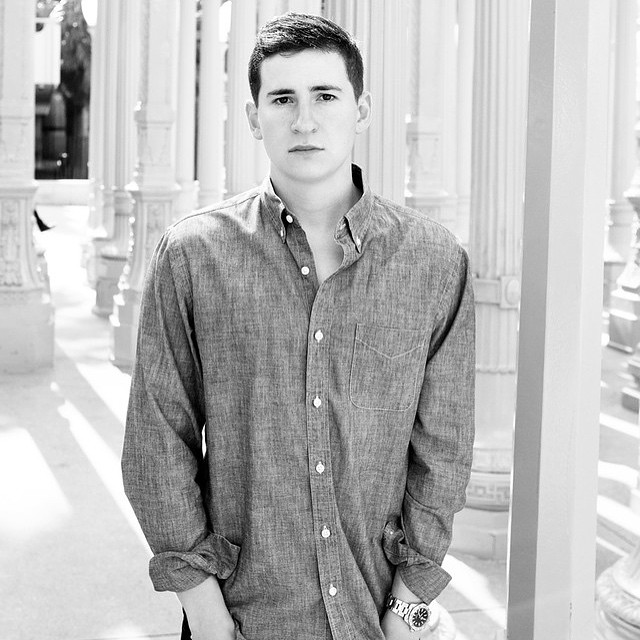 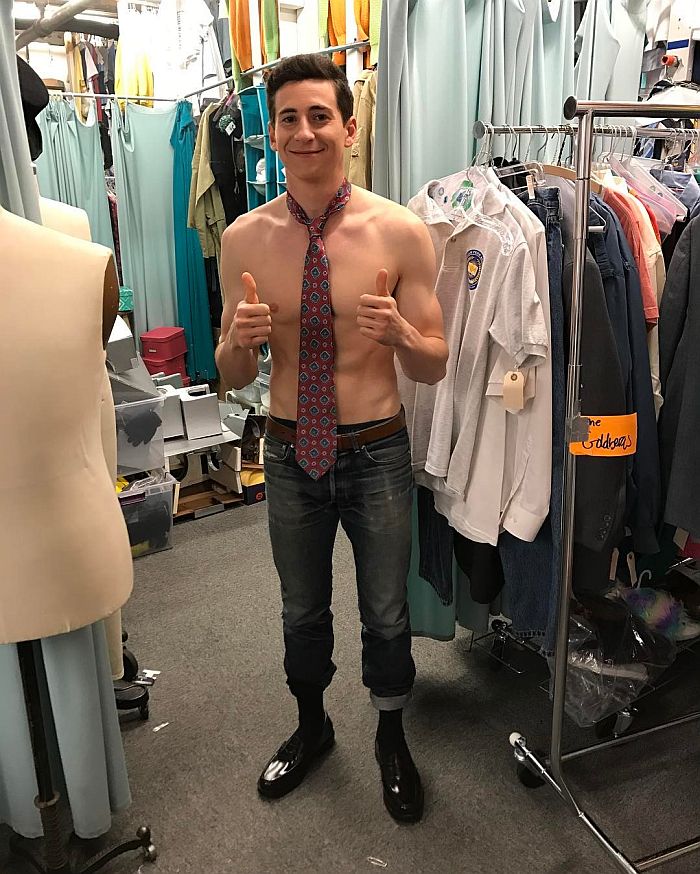 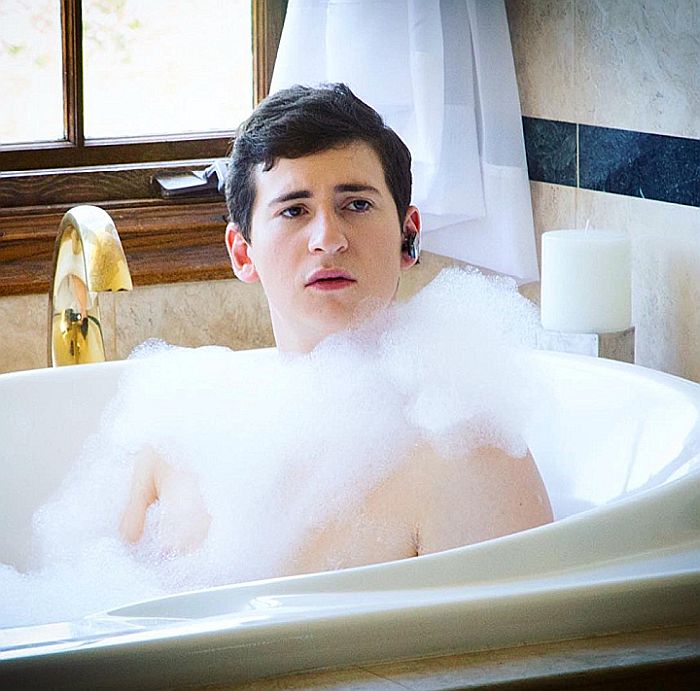 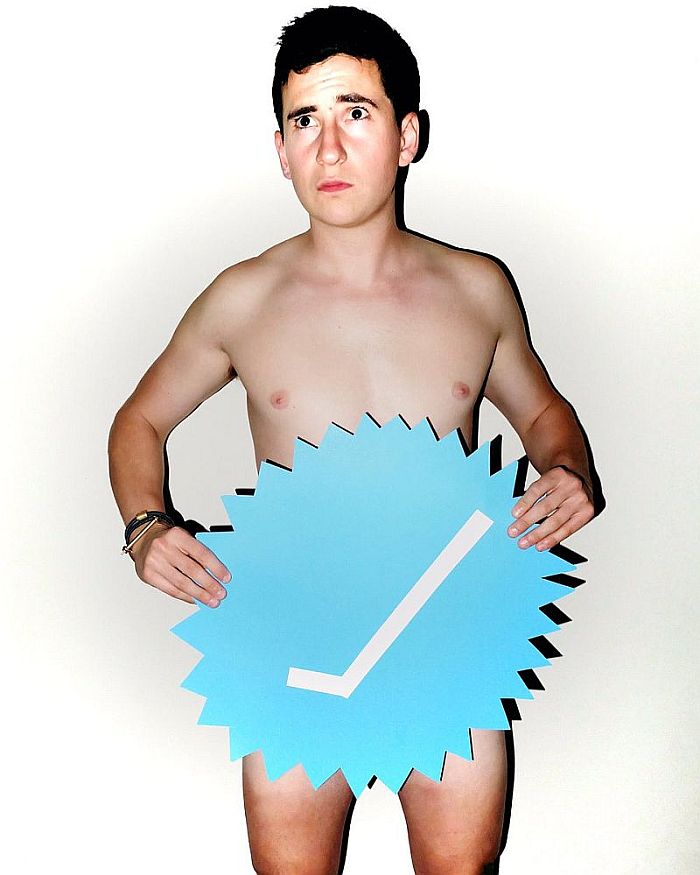