Favorite Pic of the Day (2) for December 22nd 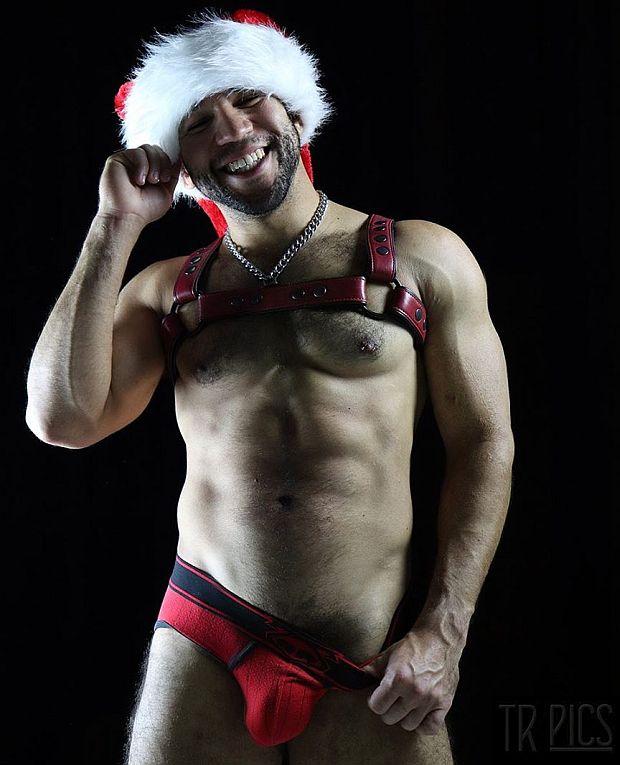 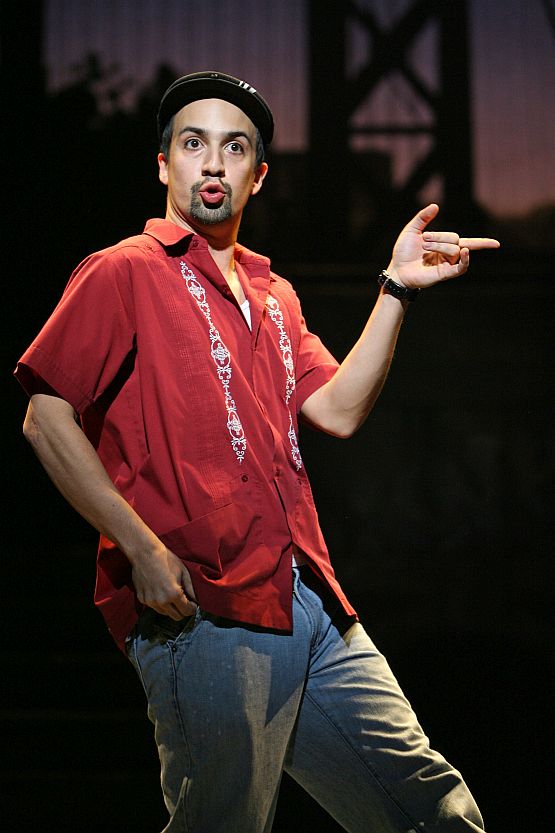 'Think of the hundreds of stories we'll create
You and I' 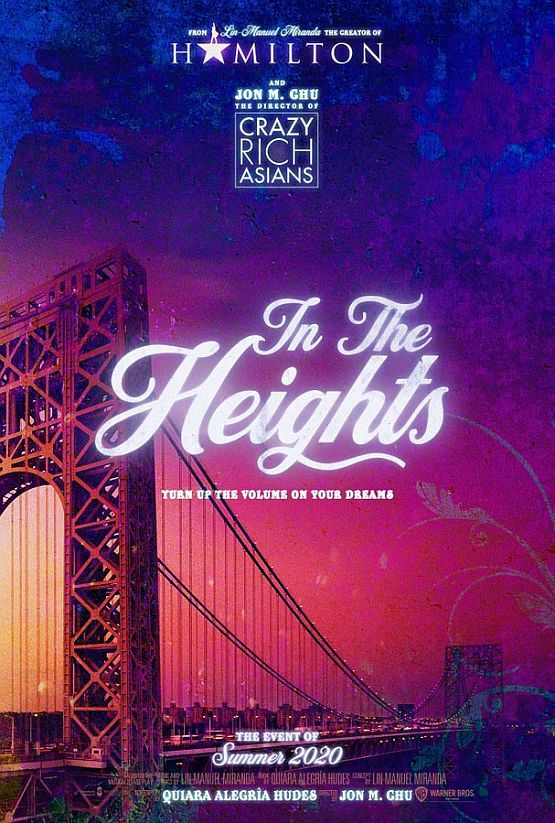 I am not usually a huge fan of musicals, especially one's I have a connection with, being made into movies.  Usually, they're not nearly as good, and I always feel bad for the actors who made their mark playing a role onstage being overlooked when the music is cast. 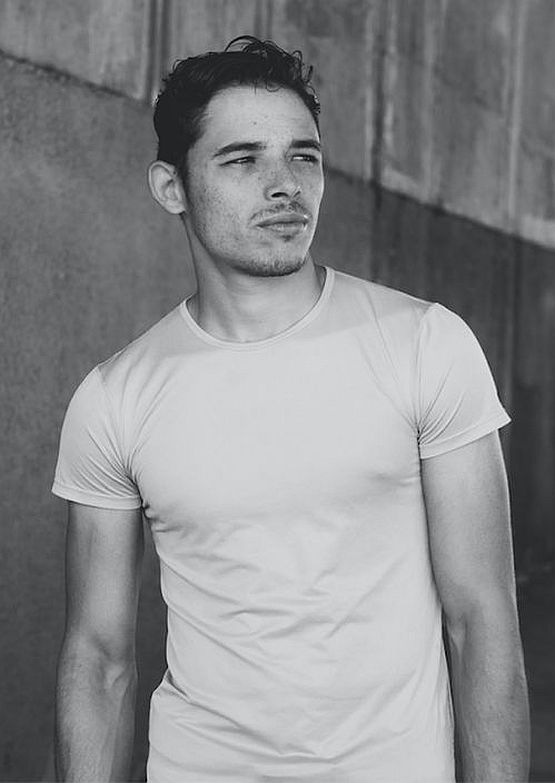 That being said, I couldn't control my excitement while watching the trailer for In The Heights.  Although I love the music from Hamilton, it was the soundtrack from In The Heights that had a huge impact on my life.  During a difficult transitional period in my life, In The Heights was my go-to music.  I listened to it constantly, in my car, in my house, in my discman. (yes, I was still using a discman in 2008....)

I love every song on the In The Heights soundtrack from the huge opening number to the emotional finale.  Every actor and singer from the original cast perfectly inhabited their roles, and although I wish more of them were in the film, I trust that given Lin-Manuel Miranda not only acted in the film, but co-wrote and is one of it's producers, the results will be amazing. 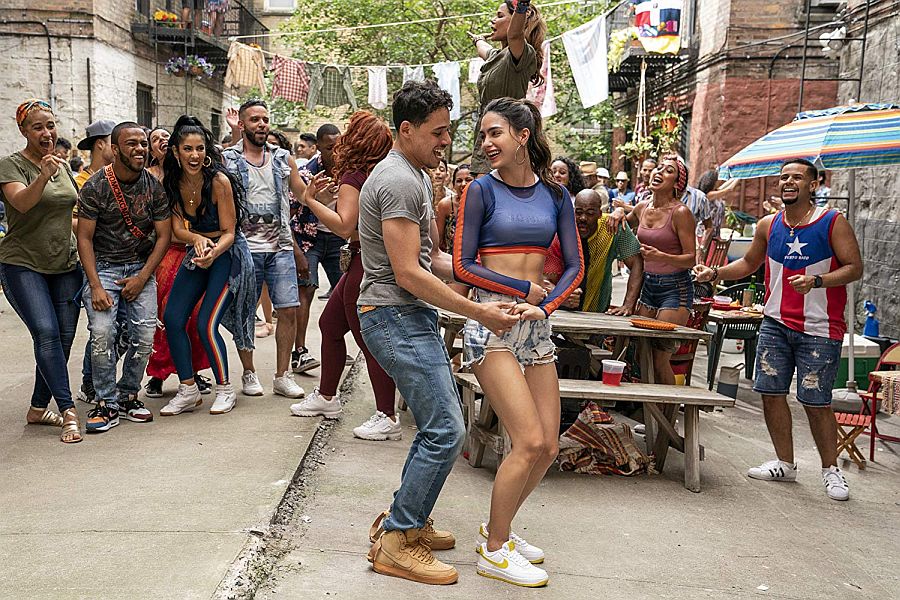 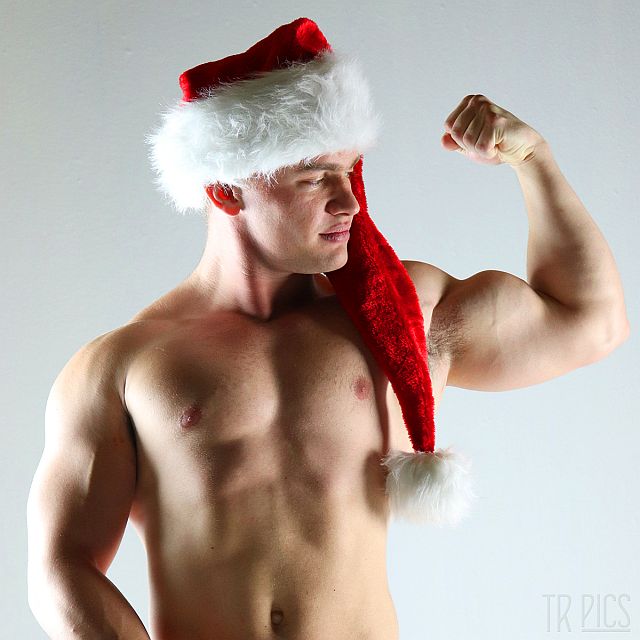 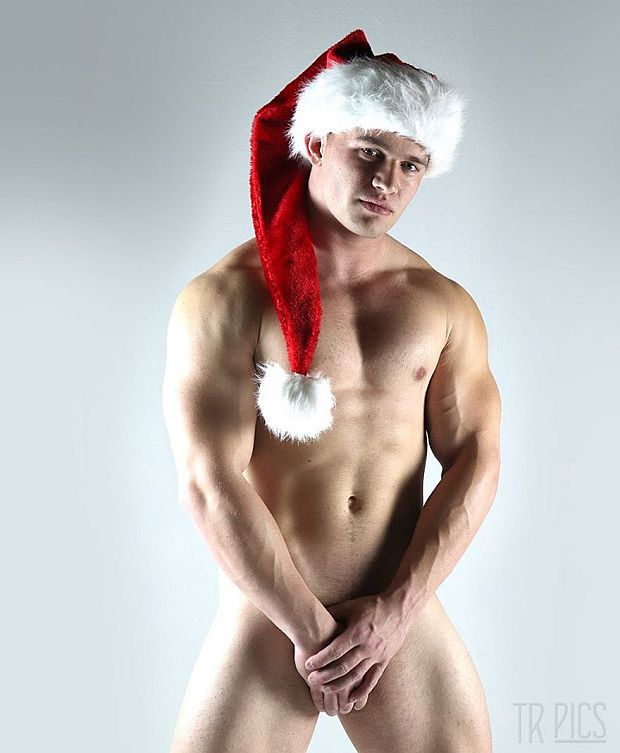 One of the reasons the holidays resonate with so many is their ability to trigger memories.  More than any other time of the year, Christmas is filled with visuals, smells and sounds that take us instantly back to holidays from our past.  In part it's tradition, the pine scent, your favorite Christmas carol, or the ornaments that you've hung on your tree for decades. 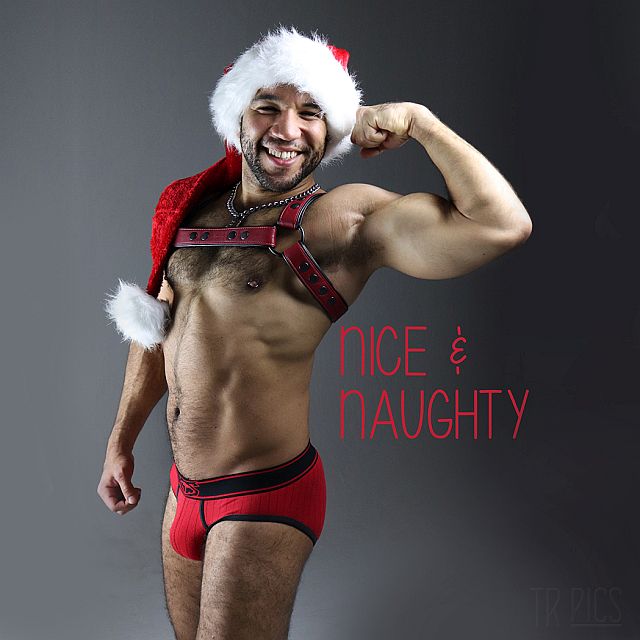 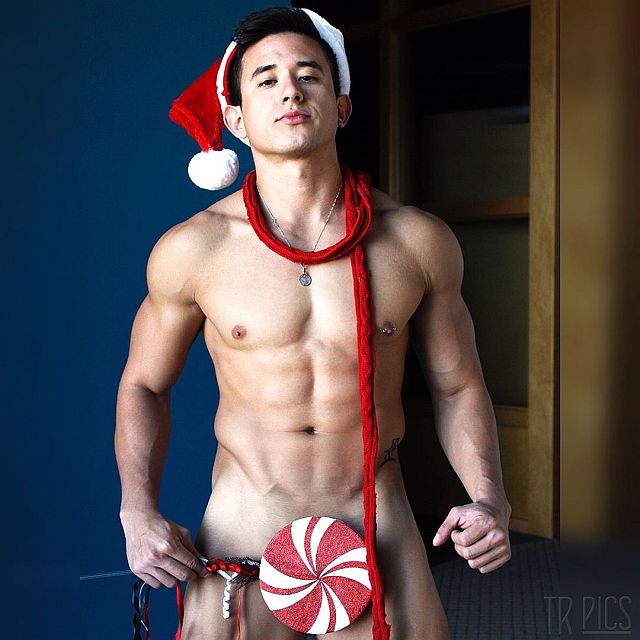 I have been featuring Tom's work for almost a decade, and love''s how the Dallas photographer not only captures incredible images of the male form, he also always manages to capture the festive and fun as part of his process.  Tom's work is a celebration of the male form, and this is especially evident in his holiday shots. 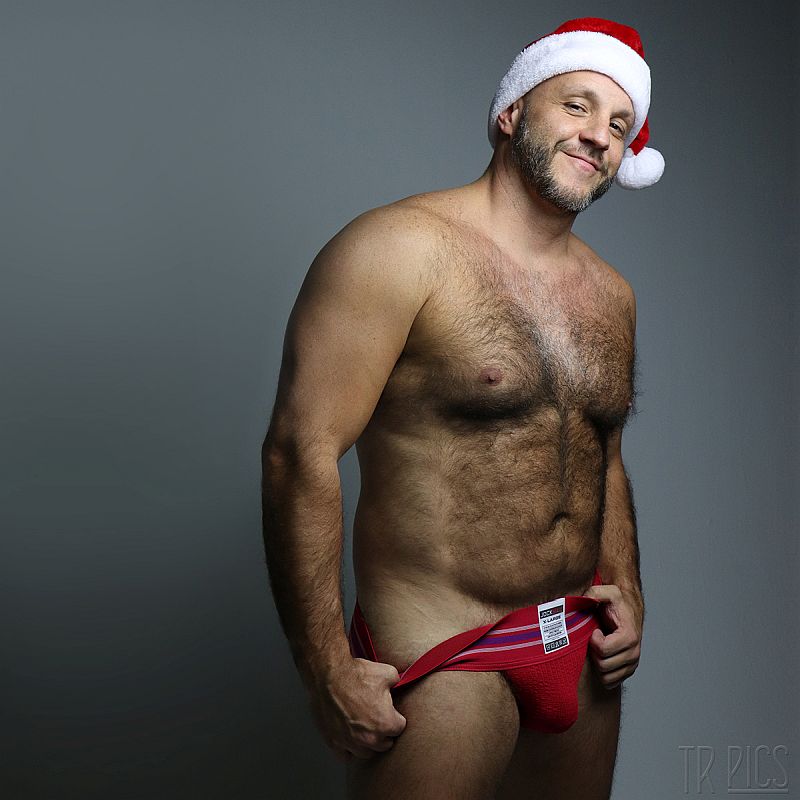 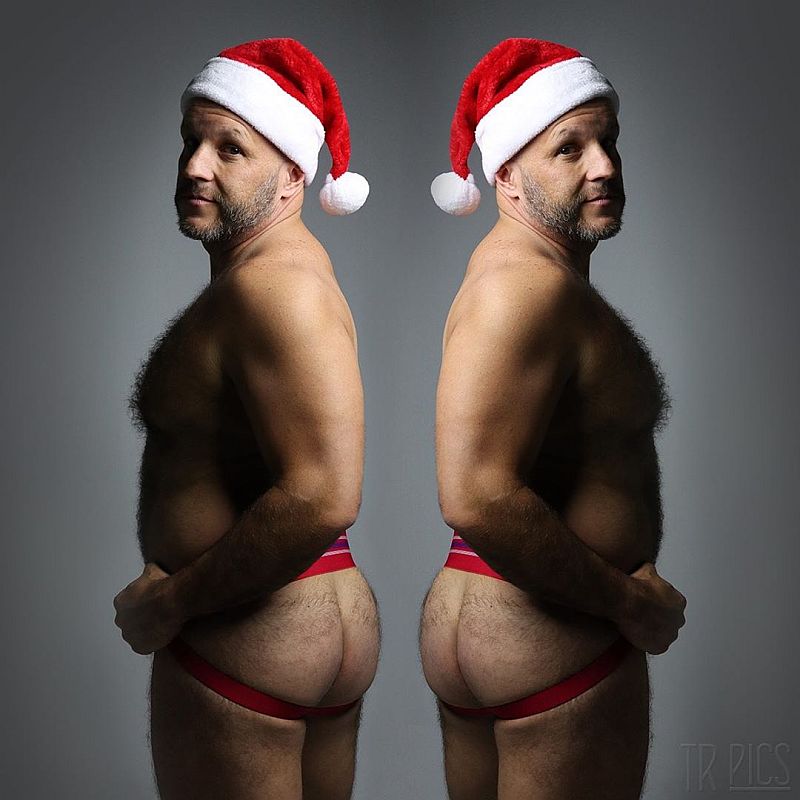 I first began featuring his holiday imagery in 2013,  (Hats, Sacks, Socks & Packages) featuring some of my favorite models Tom's portfolio including Saul, Jaime, Colin and Tristan. Each year, I look forward to checking out Tom's new holiday shots, and the shots featured here, from the last two years, are some of my favorites! 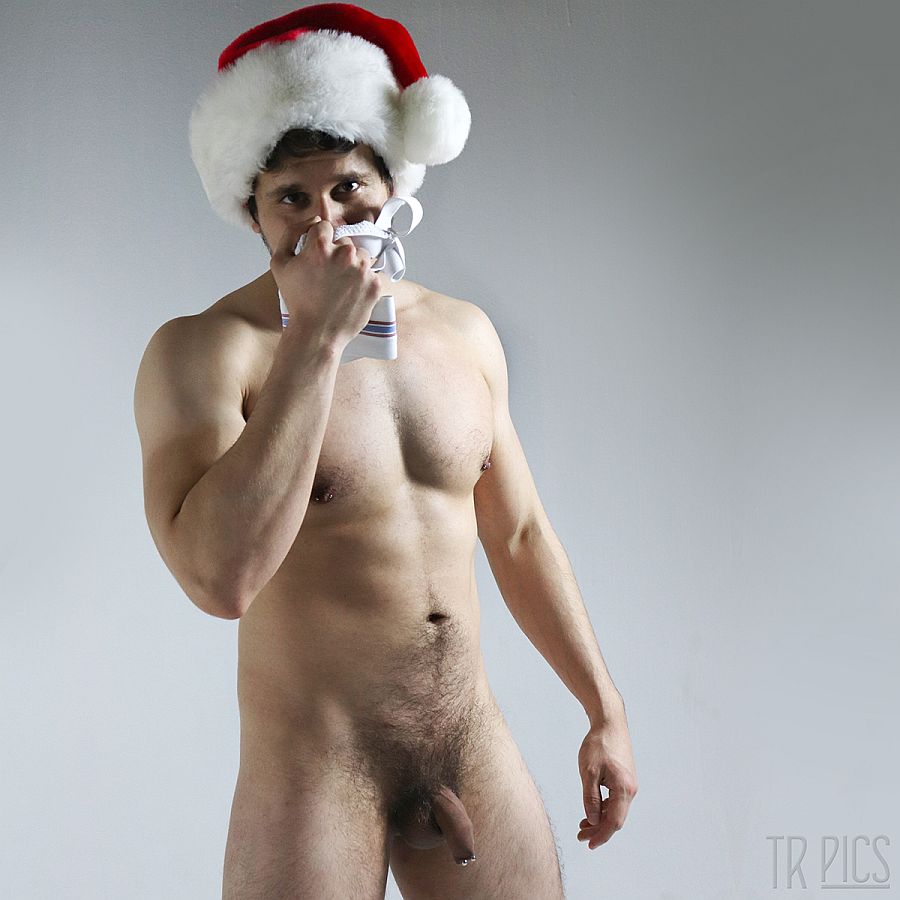 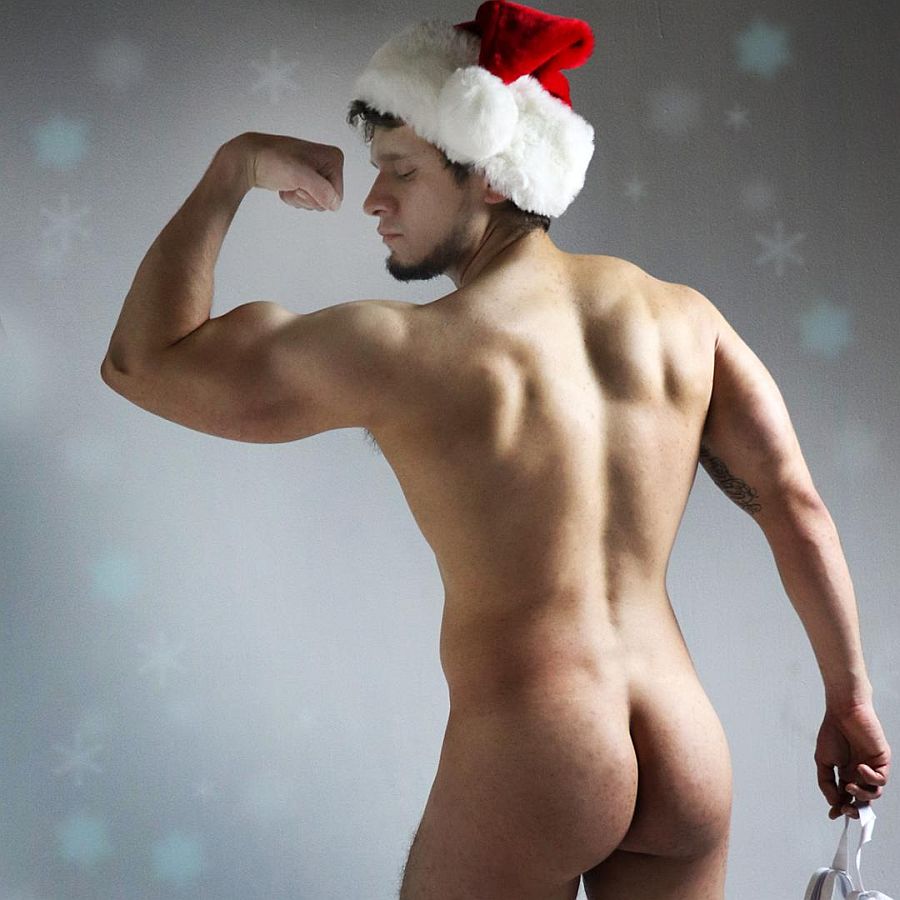 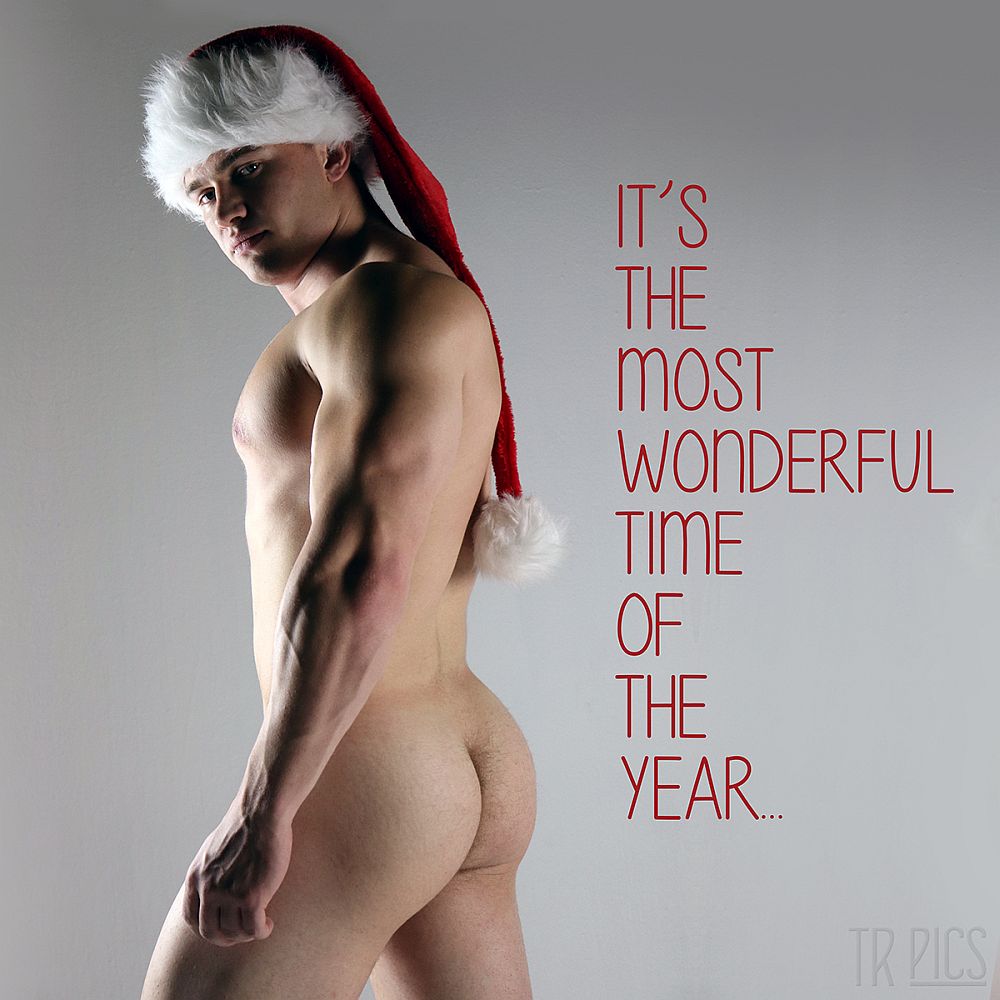 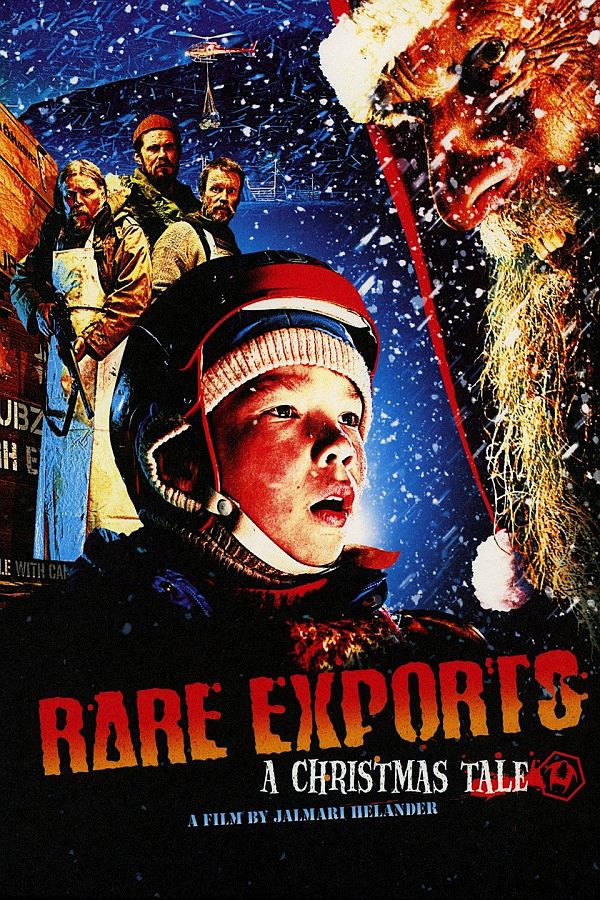 The real Santa was totally different.
The Coca-Cola Santa is just a hoax. 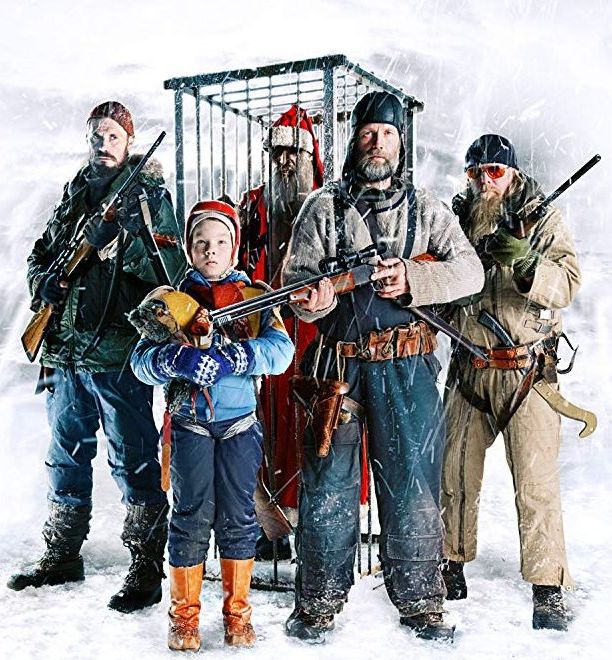 The Real Santa Clause,
he tears naughty kids to pieces.
Not even the skeletons are left.... 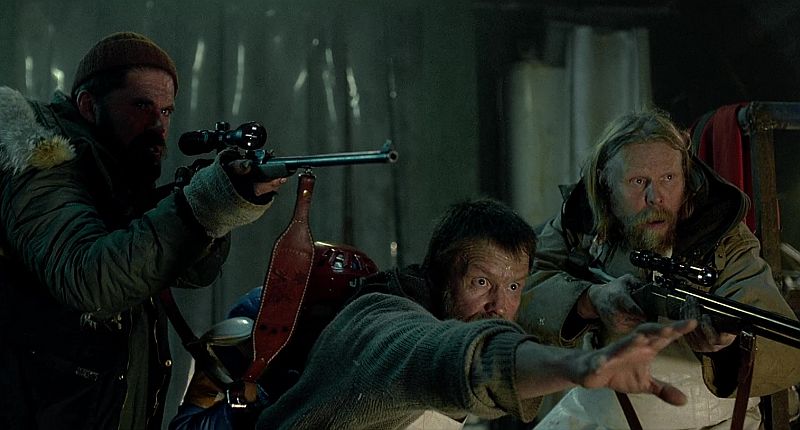 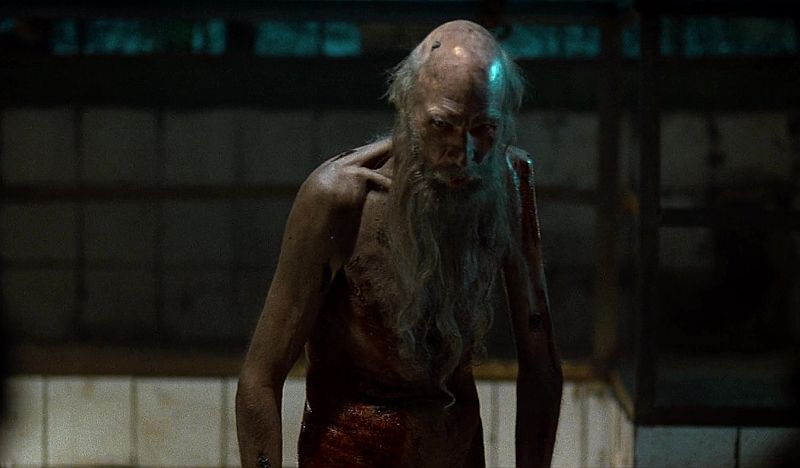 While recently searching for 'naked Santa's, (as one does...) I came upon a image for a dozen or so naked Santa's being hosed down in a shower....  This of course begged for a digger dive and a deeper search.   This led me to to discover the image was from a 2010 film titled Rare Exports: A Christmas Tale.

A Christmas Tale is a Finnish dark fantasy horror thriller film written and directed by Jalmari Helander.  The film focus is about a group of people living near the Korvatunturi mountain who discover the secret behind Santa Claus.  Soon to be learned lesson... he's not always so jolly. 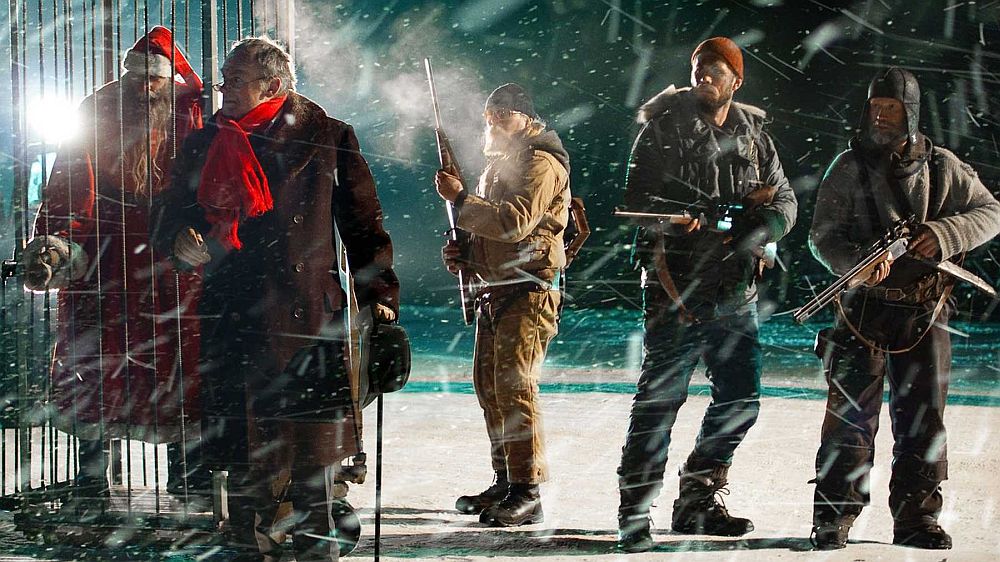 Young Pietari lives with his stern reindeer-herding father Rauno in arctic Finland. On the eve of Christmas, an enormous excavation at a nearby mountain disturbs the locals and captures Pietari's curiosity. 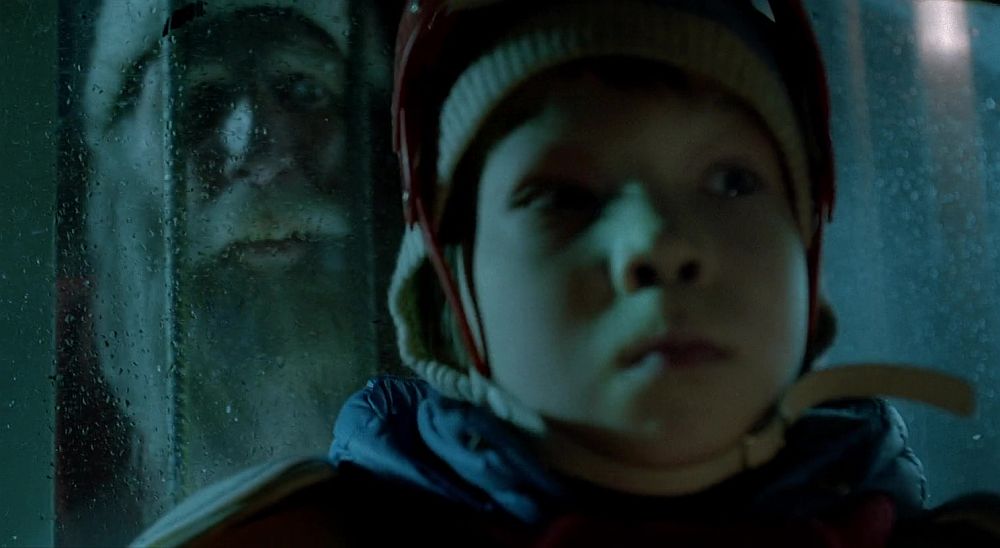 When Rauno's raindeer herd is mysteriously slain and the children in town go missing, Pietari realizes that the dig has unearthed the evil Santa Claus of local lore - who no one wants coming to town. 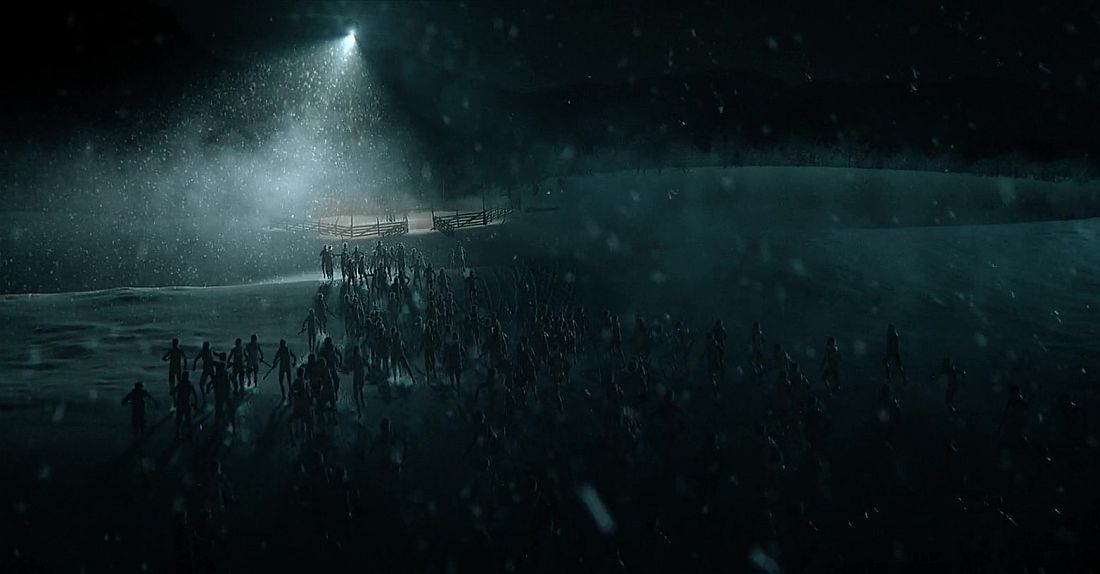 Pietari's father rounds up a posse and captures the nightmarish creature in an attempt to sell him to the misguided leader sponsoring the dig. But Santa's freakish elves will stop at nothing to free their fearless leader, and what ensues is a fantastically bizarre holiday adventure testing the bond of father and son and pitting man against mythology. 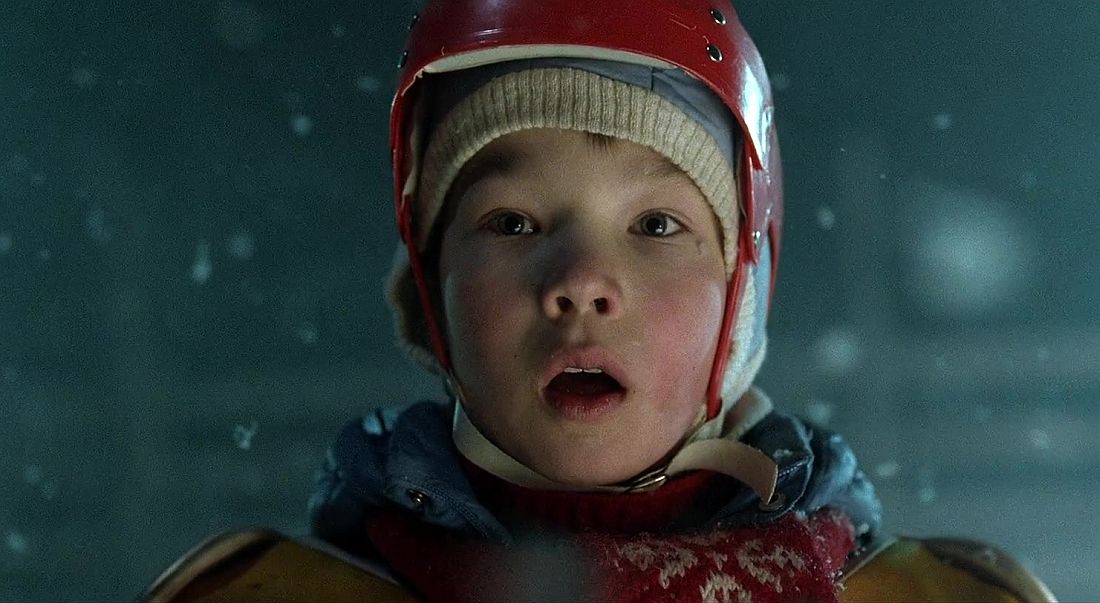 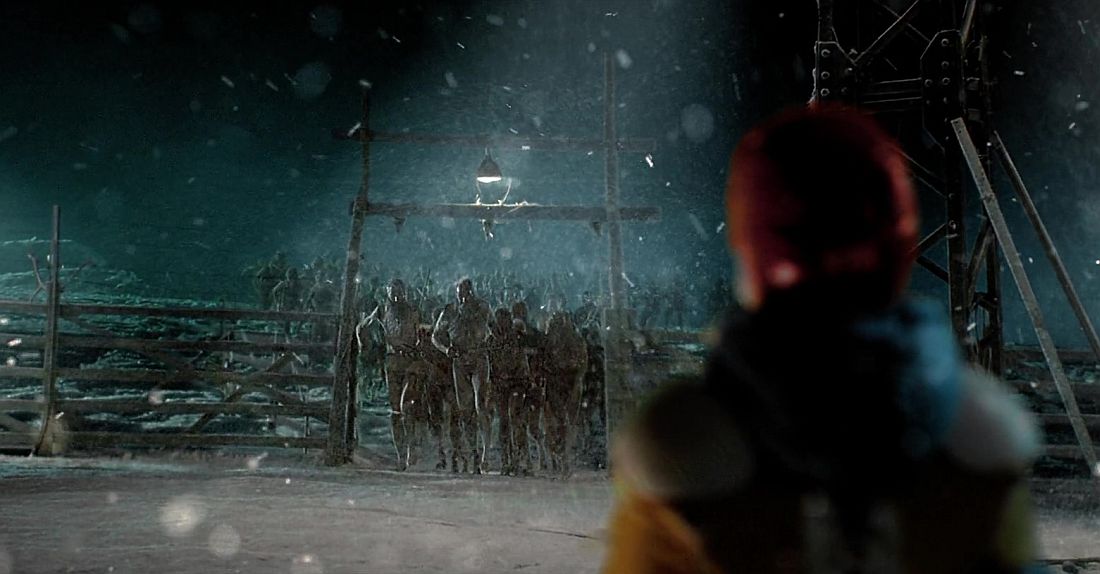 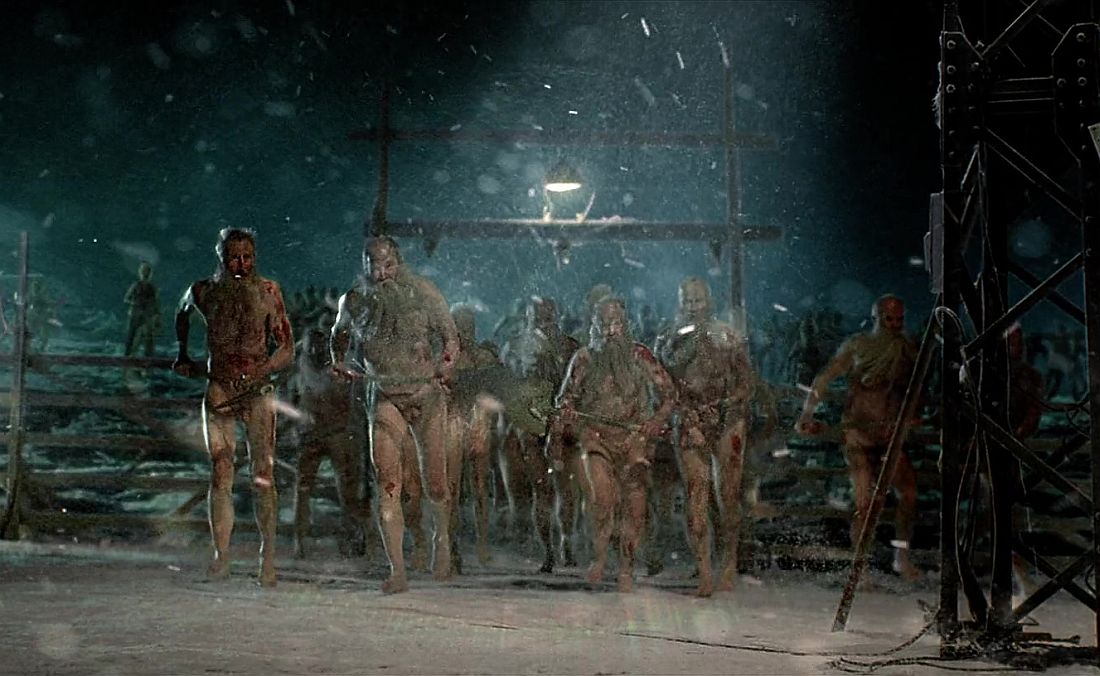 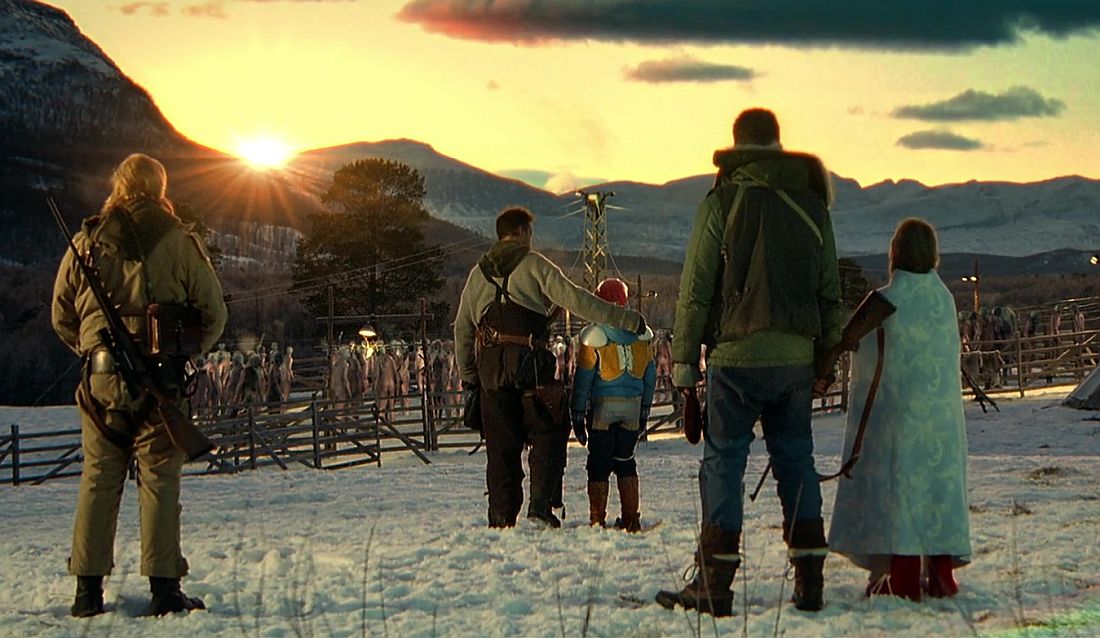 After those Santa's are herded together and trapped, they require a a good wash down before being ready to hit the malls and give out candy canes.  A Christmas Tale may involved children, but the movies certainly not for them. 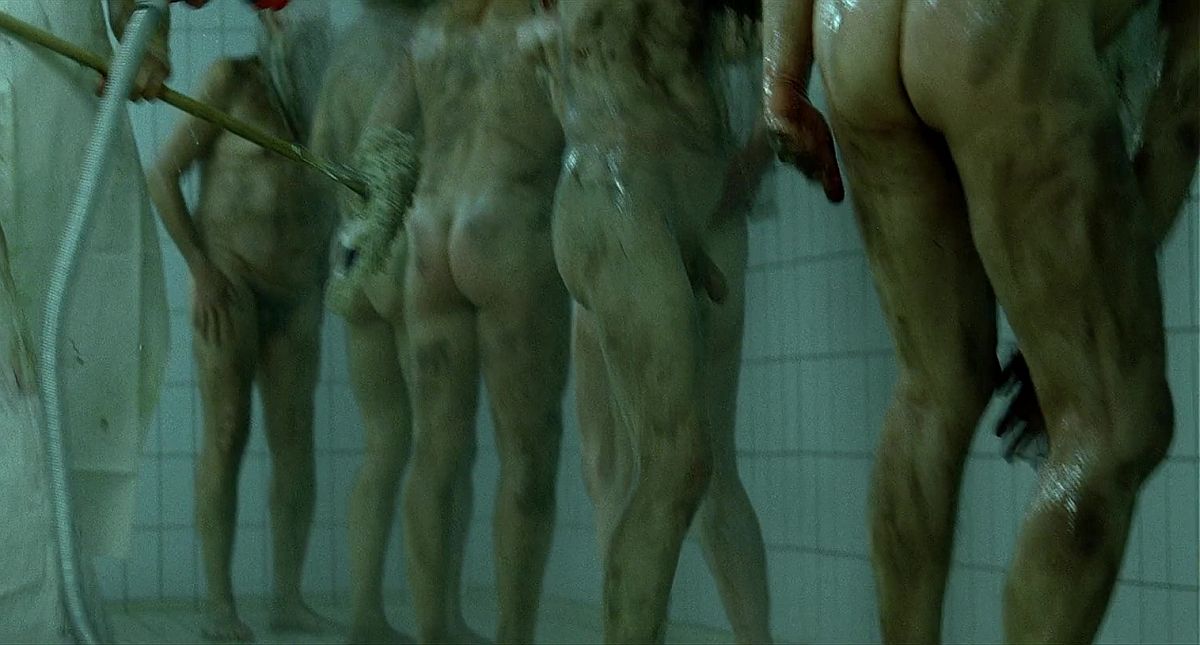