Favorite Pic of the Day for August 7th 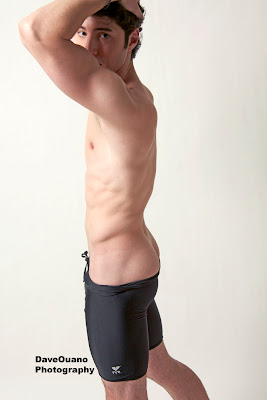 Above:
LOVE this shot of Mike Jacob by Dave Ouano whose work I profiled yesterday.
at August 07, 2011 No comments: 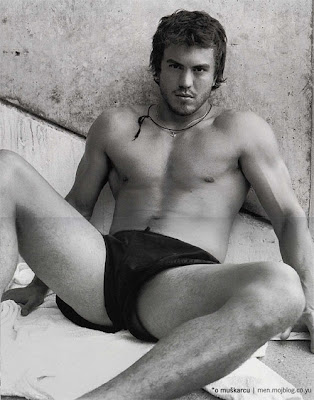 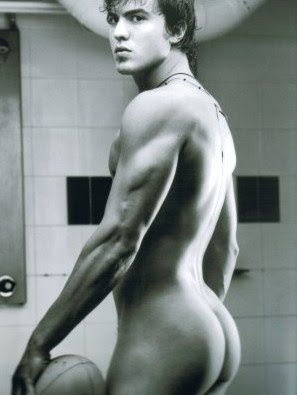 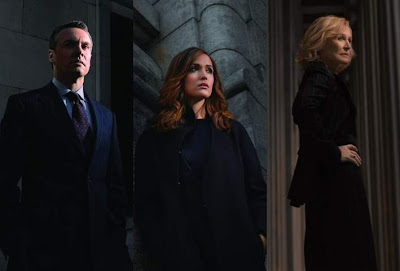 Just finished the 3rd season of Damages and, like I did after watching season 2 I have to give praise to creators and writers Glenn Klesser, Todd A. Kessler and Daniel Zelman. Although season three took few episodes to hook me, it's pacing, smart writing and acting once again drew me in. Great to see Campbell Scott (son of the incredibly talented George C. Scott and Colleen Dewhurst) back in an acting role, Campbell has been steadily working but doing a bit of off camera work. I have to like a show that has me loving two actors I am not normally huge fans of. Martin Short and Lily Tomlin are comedy royalty but, (aside from a few SNL skits with Short) I have not been big fans of their ventures on the big screen. Both were riveting on Damages and I only wish there were more scenes with Lily whose character Marilyn Tobin is really a mystery in itself whose layers are ever so slowly and ever so smartly laid out over the course of the 13 episodes. 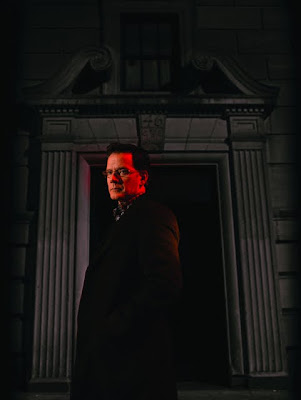 Rose Byrne and Glenn Close are excellent as always and it was nice to see Tate Donovan given material to shine. Tate, whose characters death is a central story point for the season, has been in many great projects but rarely with a character who stands out and shines. It is too bad just as the writers give him story I actually care about they kill him in a most humiliating way. Kudos to Damages! I hope the seasons closing scenes mean we will see more the talented Zachary Booth in season 4! 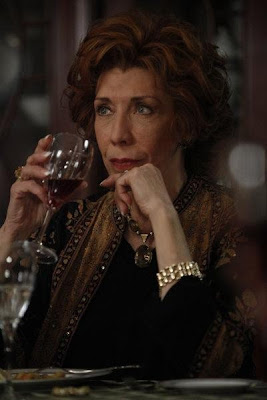 Glee: On The Red Carpet 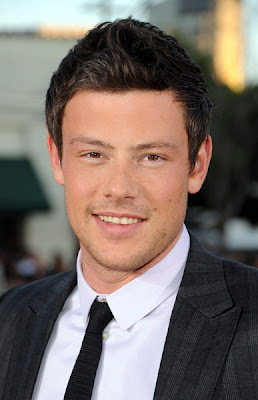 Although I love GLEE I think this one will be watched on DVD... The cast as they say however, do clean up well. Love Harry's suit! 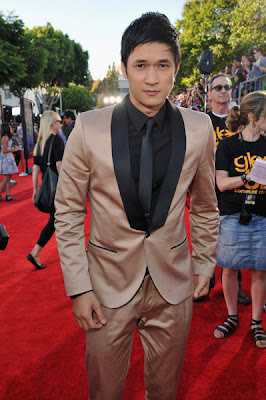 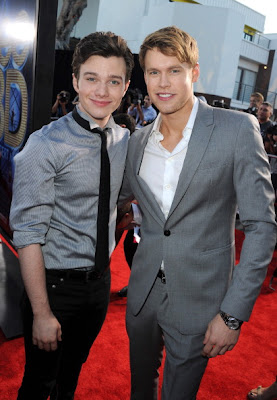 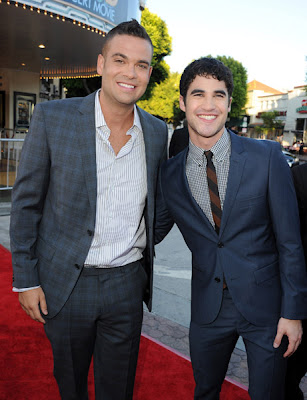 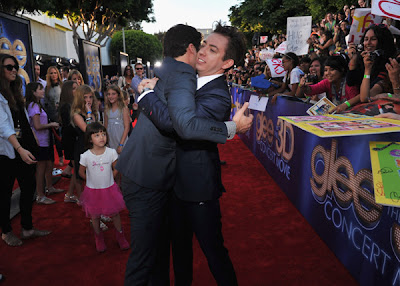 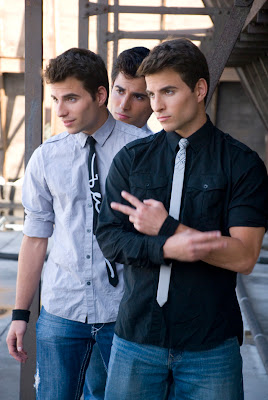 When you think of famous triplets the list is rather short. With the exception of a trio of Playboy playmates and the singing and guitar playing Del Rubio's there has not been a famous trio of siblings really make it big in Hollywood...that is until now! 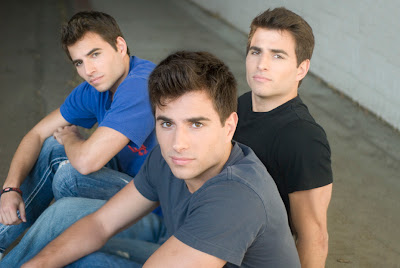 Meet Miles, Lance and Jordan, the Tindall Triplets who recently made the move to California to pursue their dreams. The brothers are not just models but actors and musicians as well. Equally sexy and most certainly equally talented, but each brother brings their own unique style and skills to each project they take on.

Only in Hollywood a short time, the triplets quickly got noticed and have been busy working with choreographer Carol Hatchett (who has been a Harlette for Bette Midler for many years and is the "bend and snap"girl from Legally Blonde). On the music front, the trio is working with former Quincy Jones artist Josie Aiello. Josie is producing their vocals with producer Todd Tackett. In a few weeks they will be heading to Chicago to work with Squirtgun Studios under the art direction of Dan Capuli and Chris Boyd.

On the modeling end, they have an ad for Uni-Ball pens out. Last but not least, on the acting front, the brothers will be seen in the upcoming Adam Sandler's film 'Jack and Jill'.

Below: Next two images of The Tindall's by John Skalicky 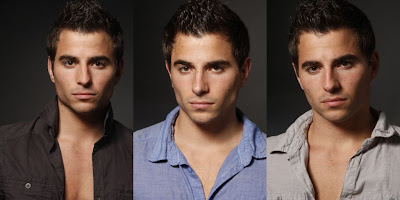 If everyone in the world suddenly looked identical, how would we tell each other apart? We would have to look beneath the surface and see the essence of each soul.

The Tindall triplets came to Earth sharing genetic codes. You can’t get more similar than that! Yet, each of them brought a unique personality, set of gifts, and strength to the mix. Once you get to know them, you will never confuse one from the others again. 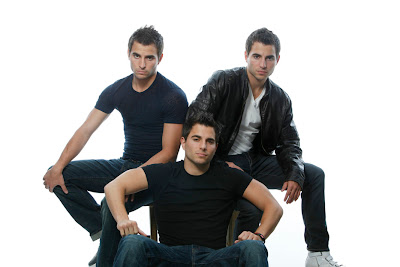 Jordan, Lance, and Miles were born in Chester, Illinois. That’s the home of Popeye, the Sailor Man! Like the famous spinach eater, each of the triplets can say, “I am
what I am.” Their parents were expecting twins, so Lance’s appearance surprised everyone. He kept a low profile during four different sonograms. Even in the womb, the boys were distinguishing themselves in subtle ways.

From an early age, they realized that they enjoyed entertaining others. They each chose a musical instrument, but had the most fun making people laugh. Their experiences in musical theater, choirs, modeling, and drama fired up the dream to become artists. As musicians, actors, and models, they are triple threats! 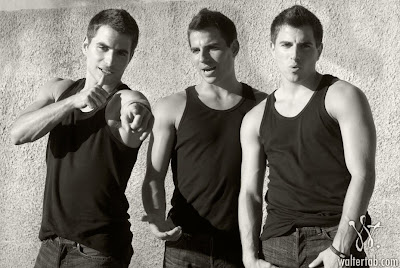 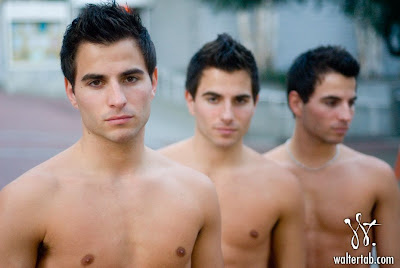 At Southeast Missouri State University, they switched their focus from Mass Communications to Theater during their senior year. This was the same year that their mom was diagnosed with lymphoma. Supporting her through this challenge made them closer and strengthened their sense of loyalty, family, and community. They are more grounded, responsible, and sensible because of this. Once their mother became cancer free, they felt ready to take a huge leap of faith. 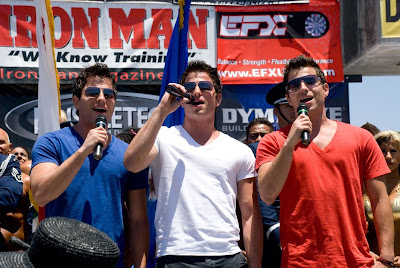 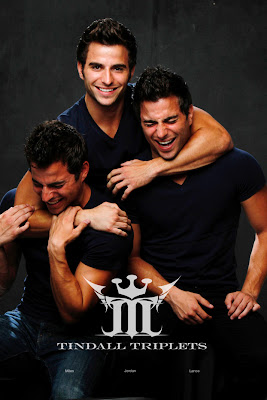 Above: Photo by John Skalicky 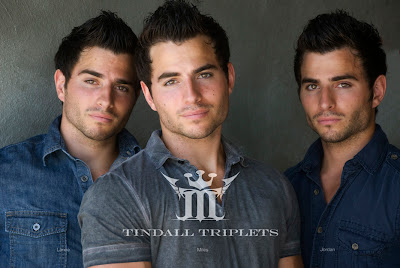 All photos (except those credited to John Skalicky)from Walter Tabayoyong
at August 07, 2011 2 comments: