Favorite Pic of the Day for October 9th Above:
Fetching Foliage by Tasty Smut
-See More Below-
~Check out today's BIRTHDAYS HERE:~
at October 08, 2022 No comments: 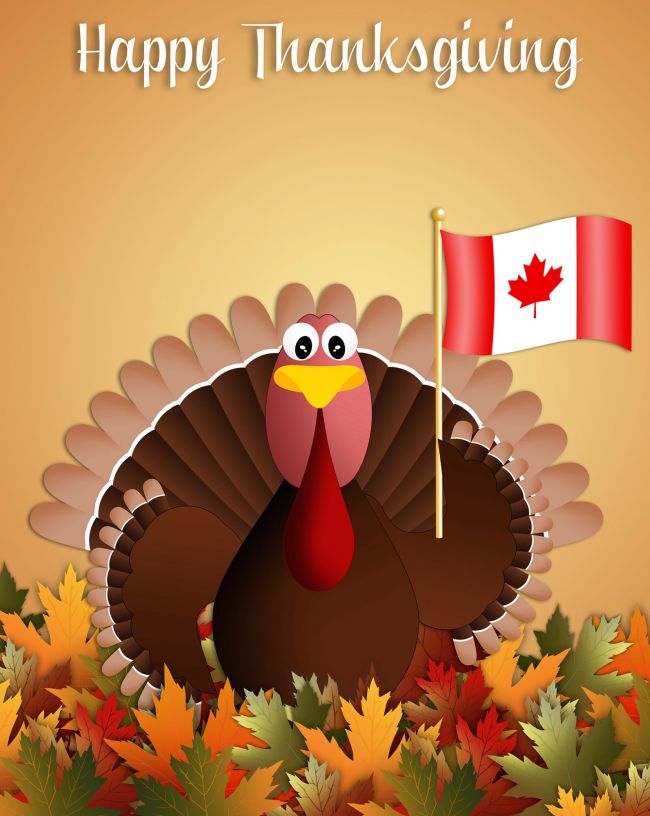 'Piglet noticed that even though he had a Very Small Heart, it could hold a rather large amount of Gratitude.'
A.A. Milne 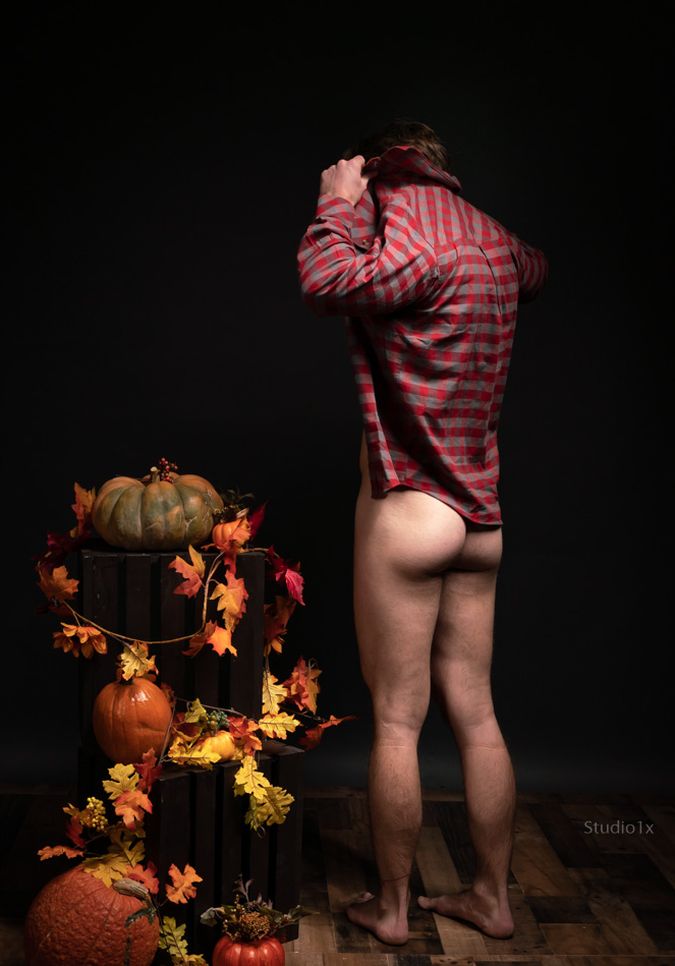 Canada's Thanksgiving holiday sneaks up on me every year.  It seems summer is barely over, and it's already Turkey Day for Canucks.  In a way, it's a nice way to begin the Autumn season and have a bit separation between Thanksgiving and Christmas. . 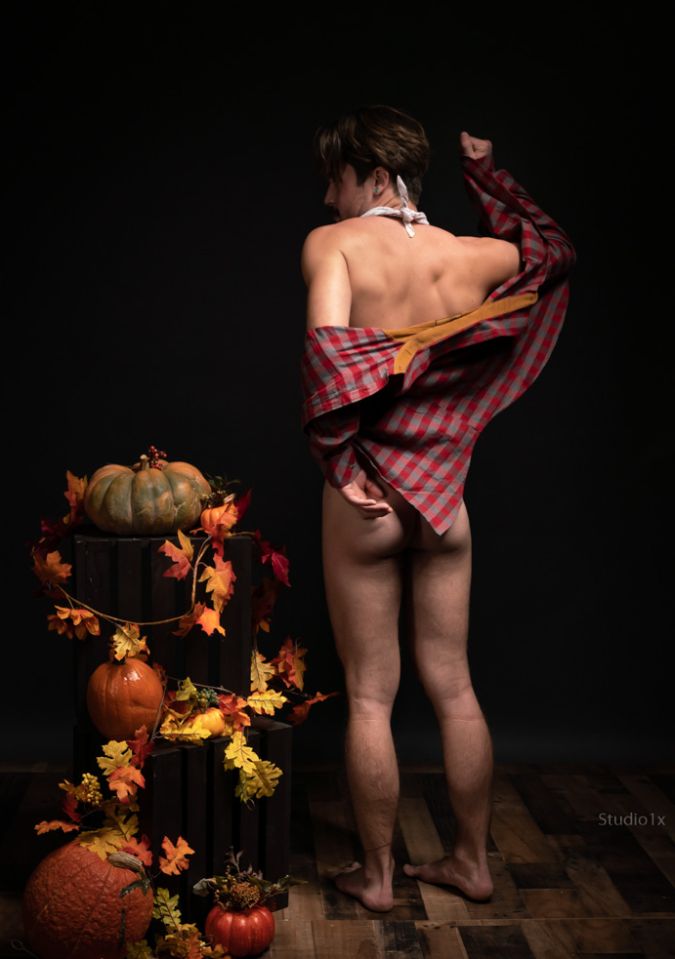 There are no pilgrims associated with the holiday in Canada, it's focus is a harvest celebration, eating,  and expressing gratitude for the fruits and vegetables gathered and produced.  So, to those celebrating today, peel those vegetables, then peel off your plaid and spend a bit of time enjoying your day, hopefully, with a favorite hunk nearby. 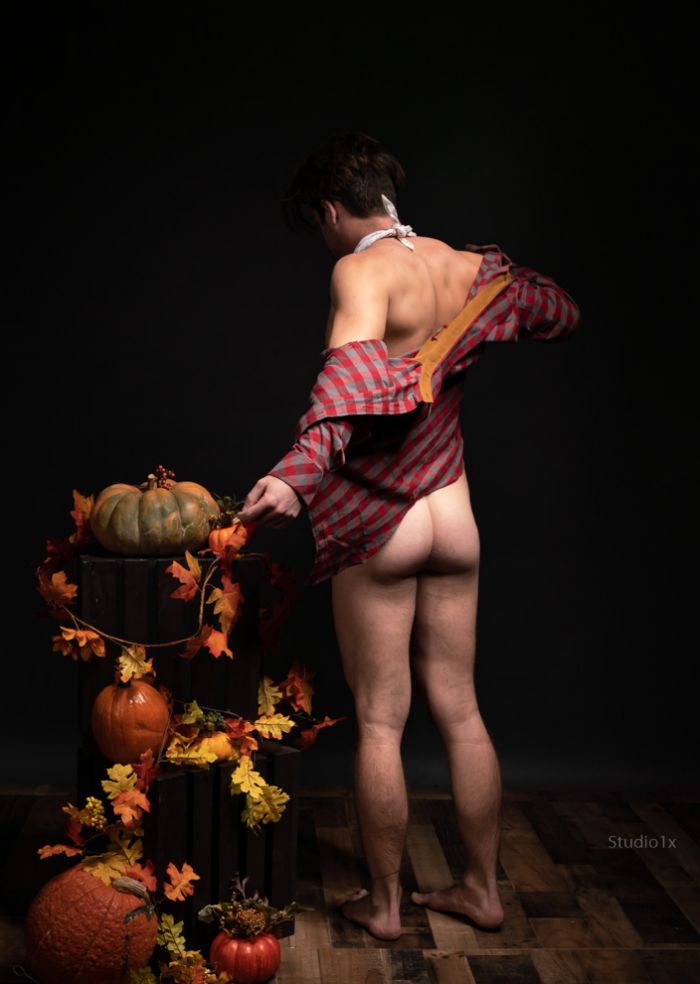 HAPPY THANKSGIVING
to all those celebrating this weekend! 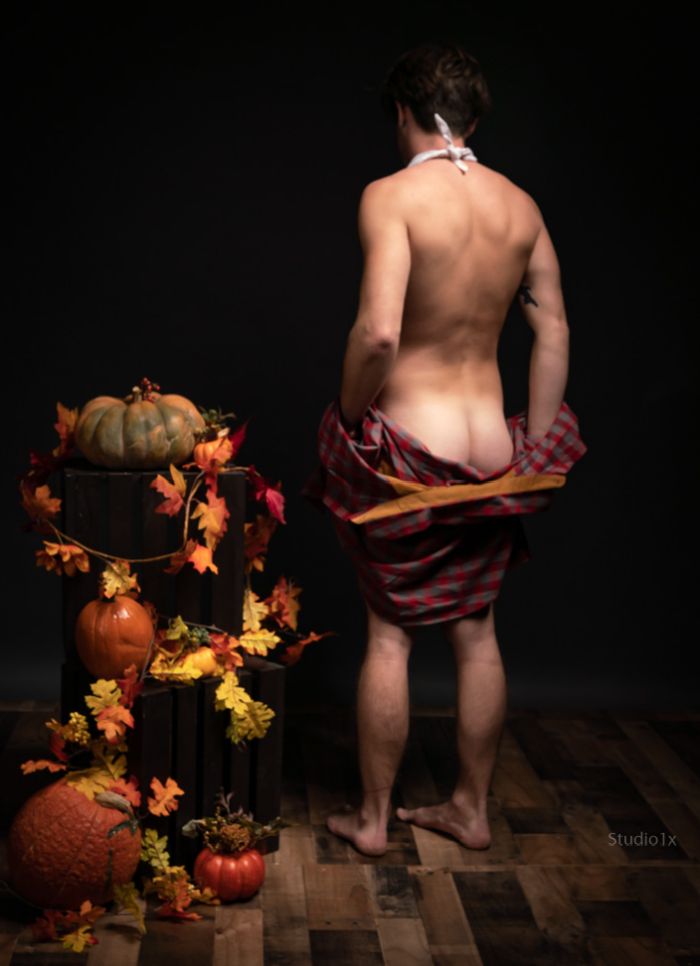 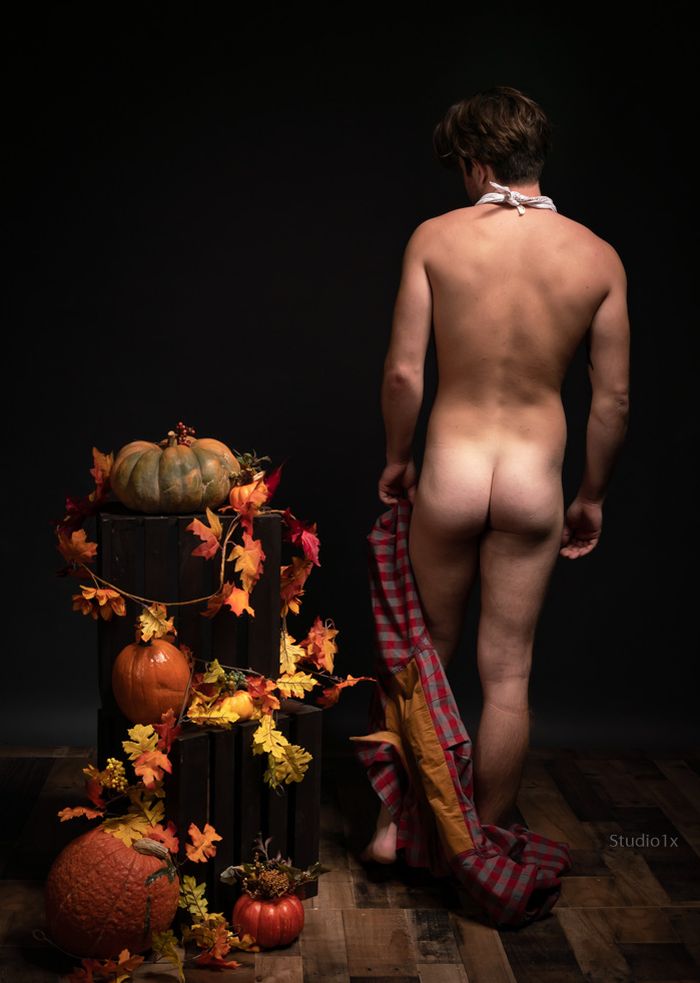 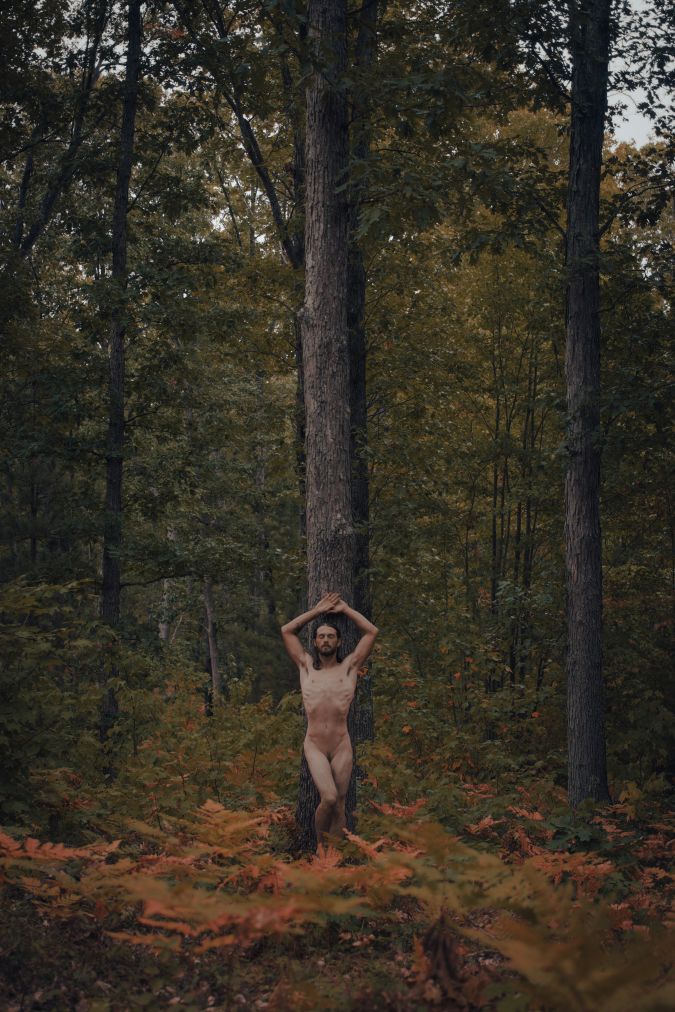 One of the things I'm always thankful for, are the many artists and models who continue to support FH.  I've been fortunate to have featured many incredible shoots from artist and model Luke G for over the three years now.  Luke's imagery continues to inspire and amaze. and he's always pushing boundaries and expanding creatively.  Luke's latest shoot, features some of his most erotically charged images to date.  Check it out on the NEXT PAGE HERE: 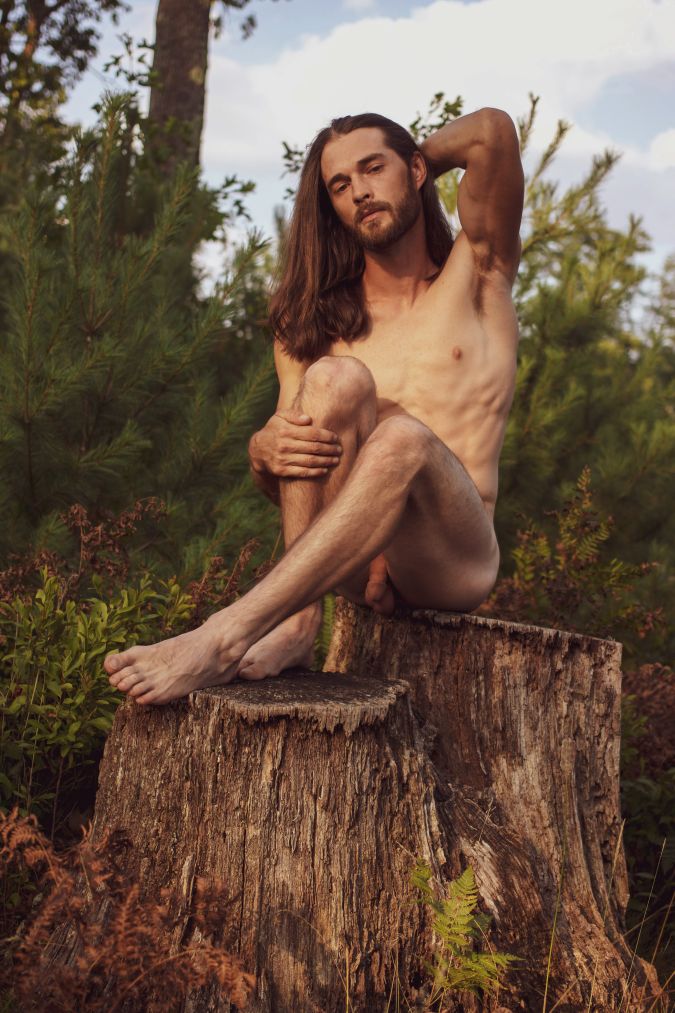 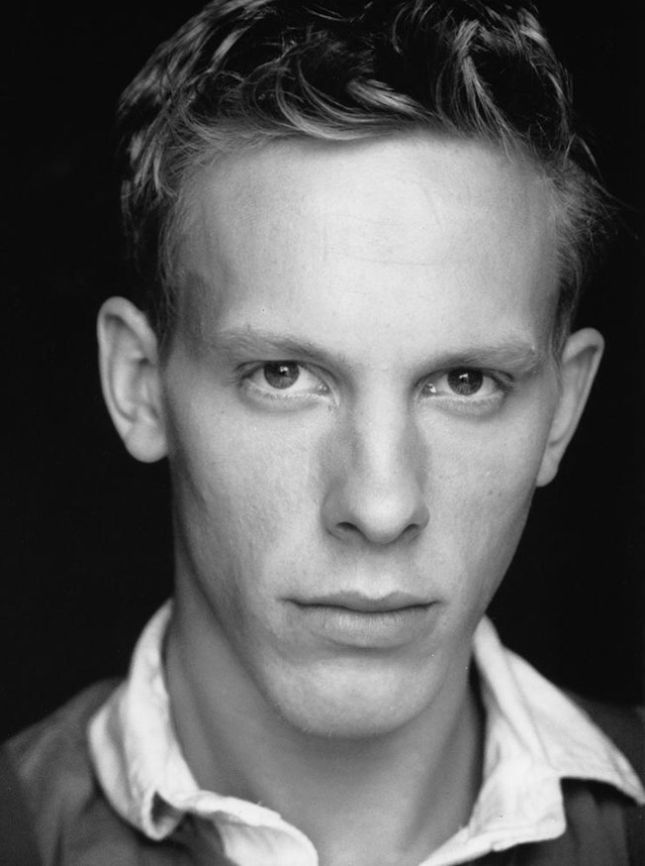 'An exclusive invitation. An excuse to party. But deep in the darkness lie their worst fears. The truth will be buried unless they survive...the hole.' 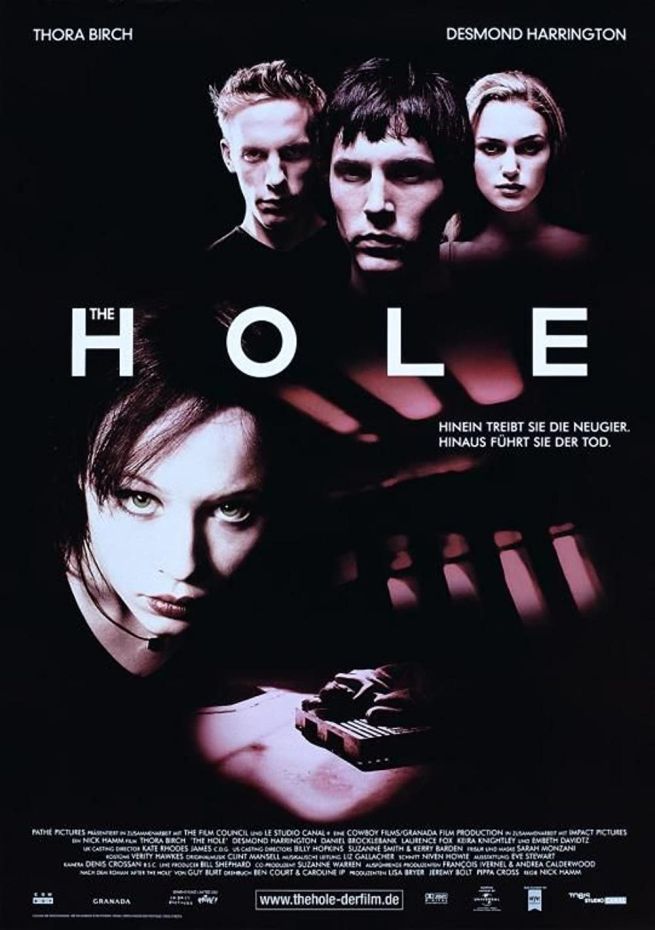 Last month, while researching my Actors & Skin post spotlighting Tom Hardy, (HERE:) one of Tom's nude scenes featured, was from the 2005 mini-series Colditz.  In the scene,  Tom is captured during the war, forced to shower and bend over.  Standing next to Tom in the shower was a e tall, equally hot, and completely naked actor. 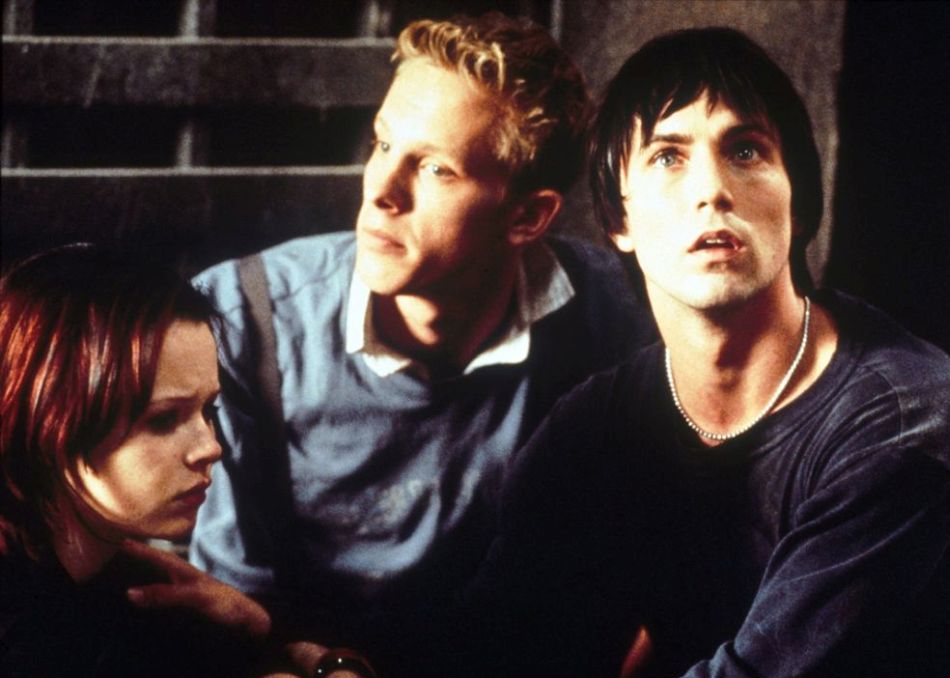 After finishing that piece, I had to check out more about Tom's co-star, actor Laurence Fox.  Laurence is stunningly beautiful with a distinctively handsome face, long lean form and a penis to match.  In researching the British actor I discovered he did another nude scene, even more impressive, in the 2001's The Hole. 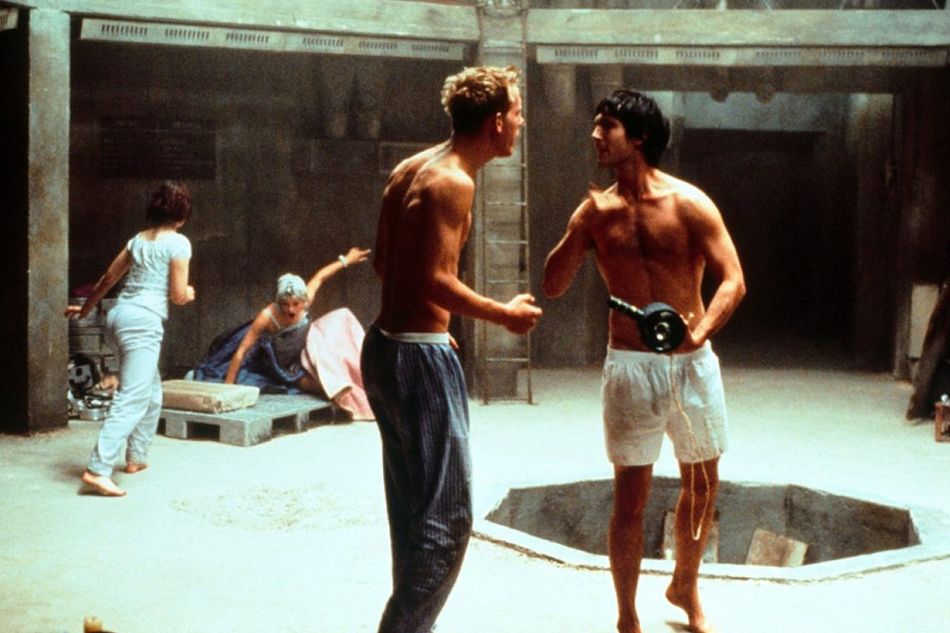 In the the thriller The Hole, four teenagers at a British private school secretly uncover and explore the depths of a sealed underground hole created decades ago as a possible bomb shelter.  Laurence plays Geoff, and shows it all in yet another memorable on-screen shower scene.  The film was Laurence's first movie and first professional credit, but the beginning of his long and successful career. 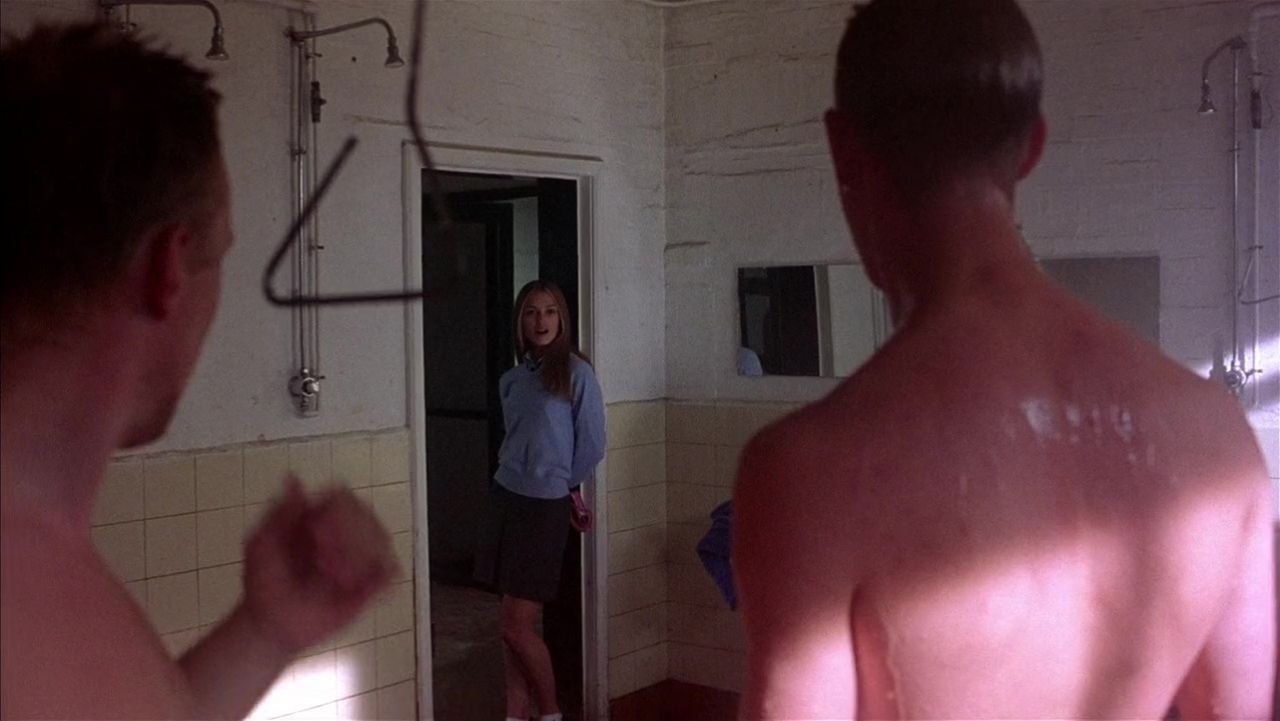 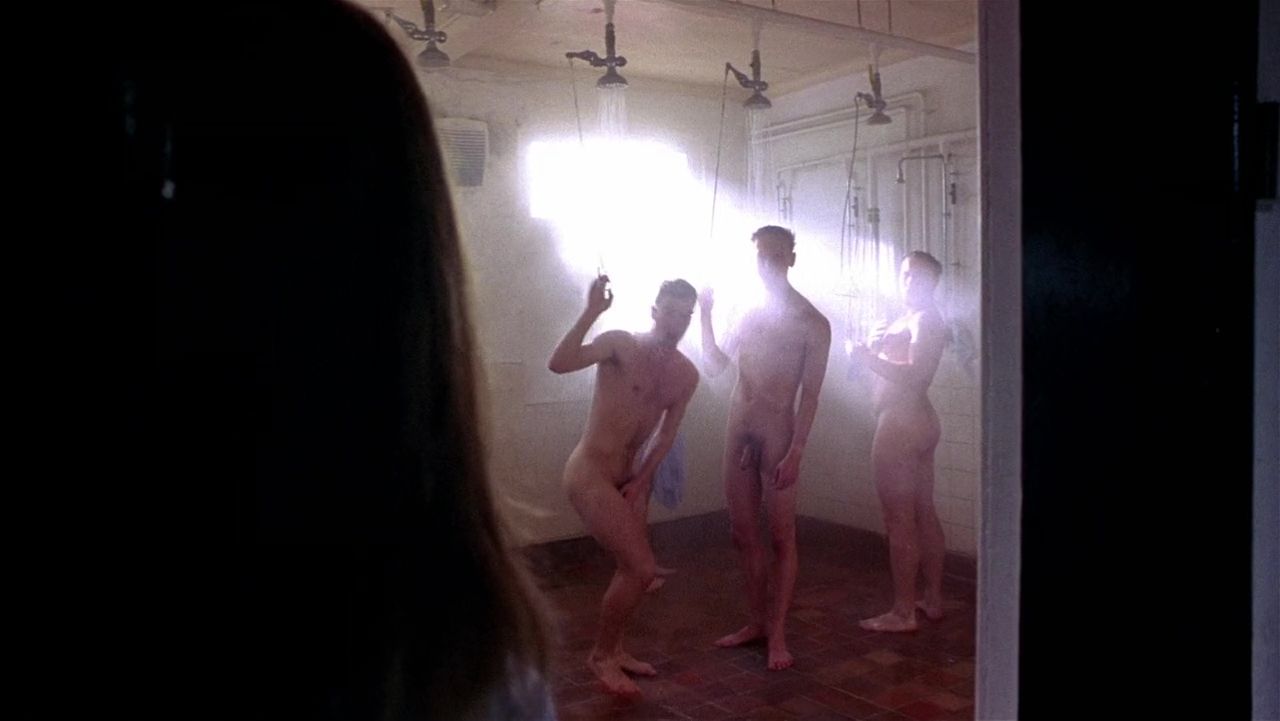 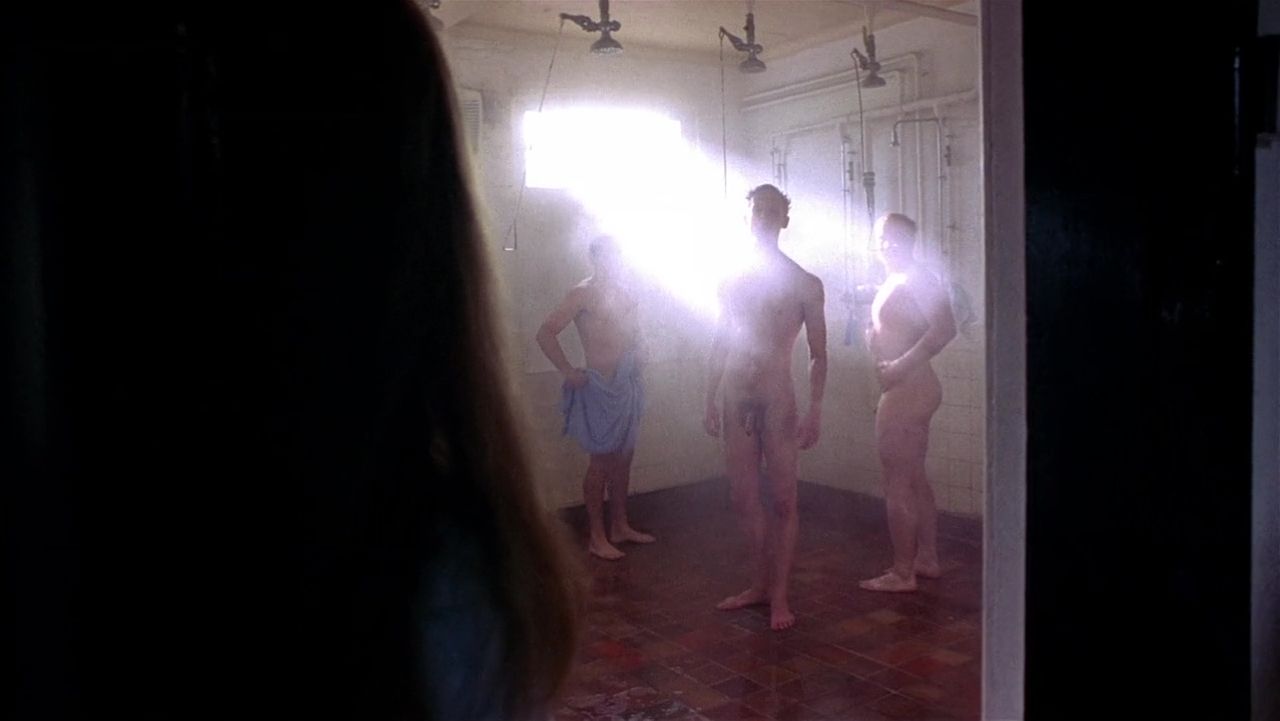 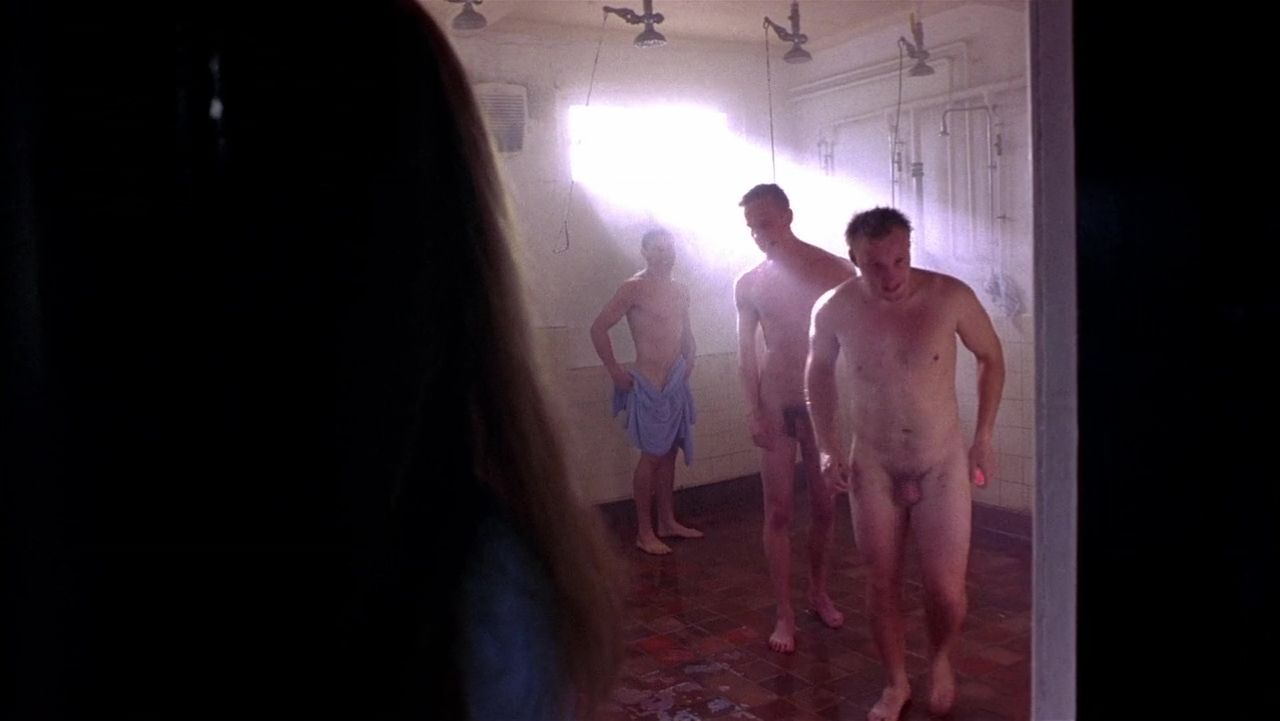 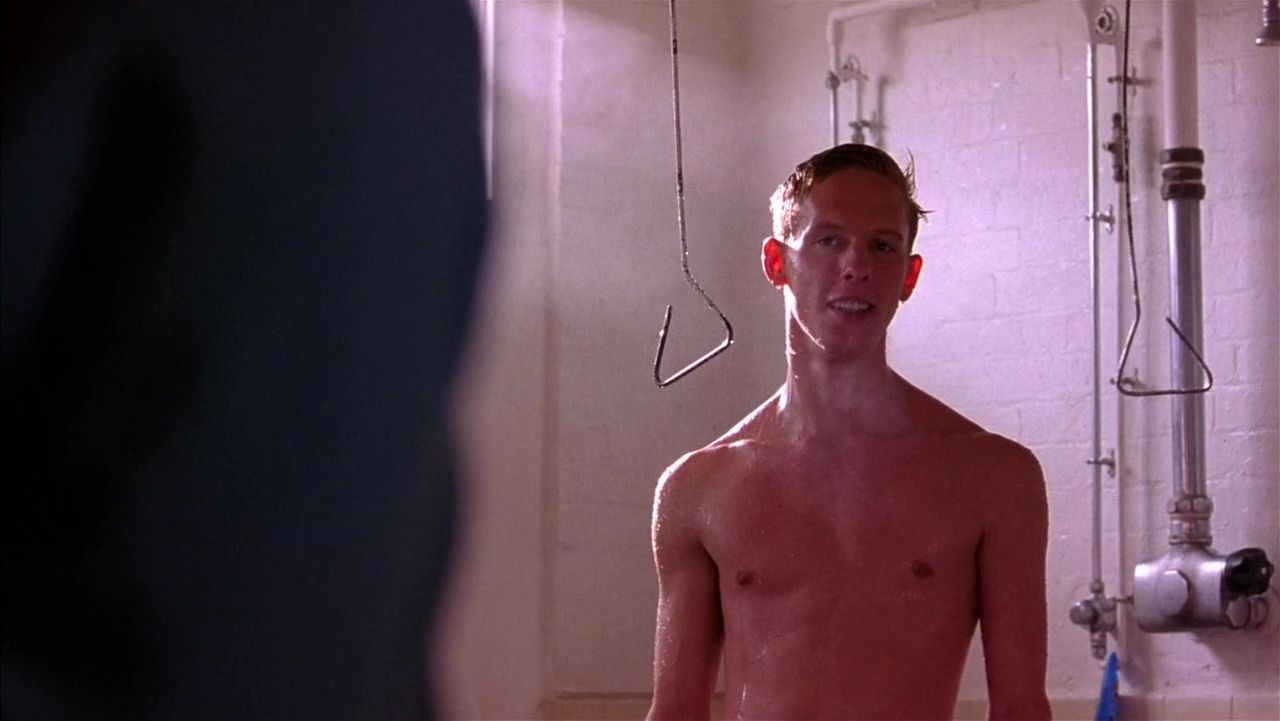 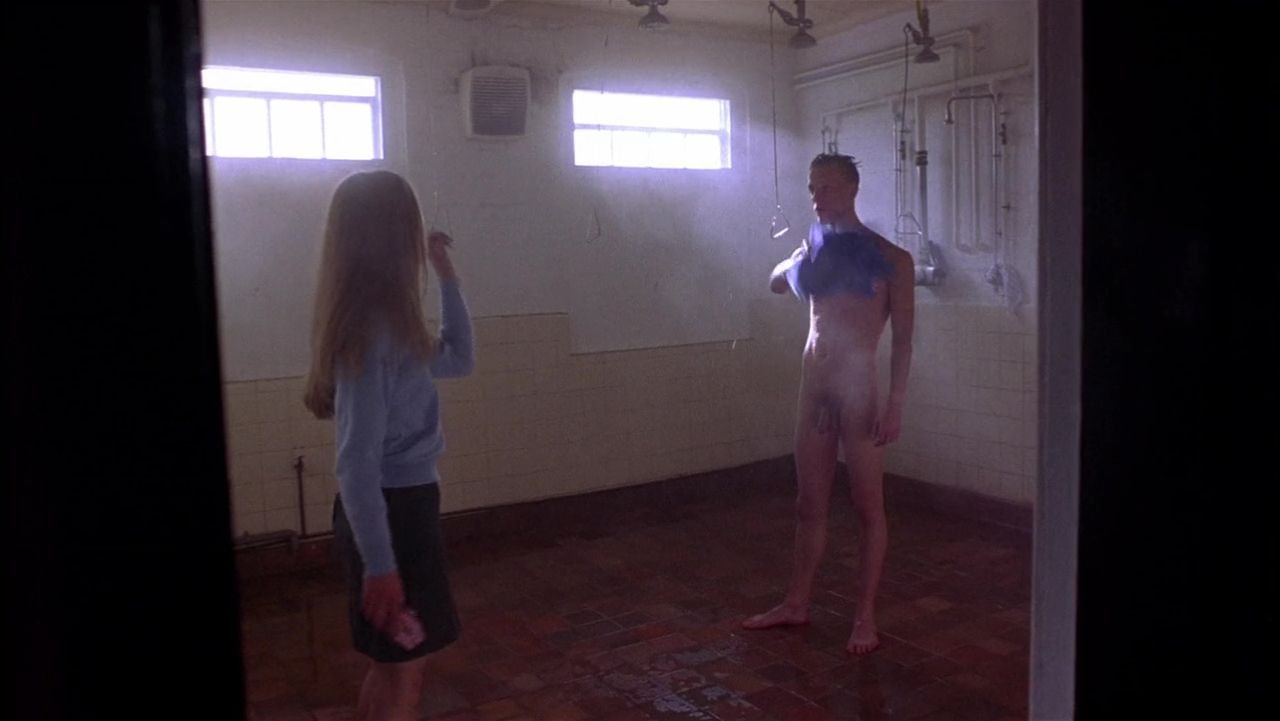 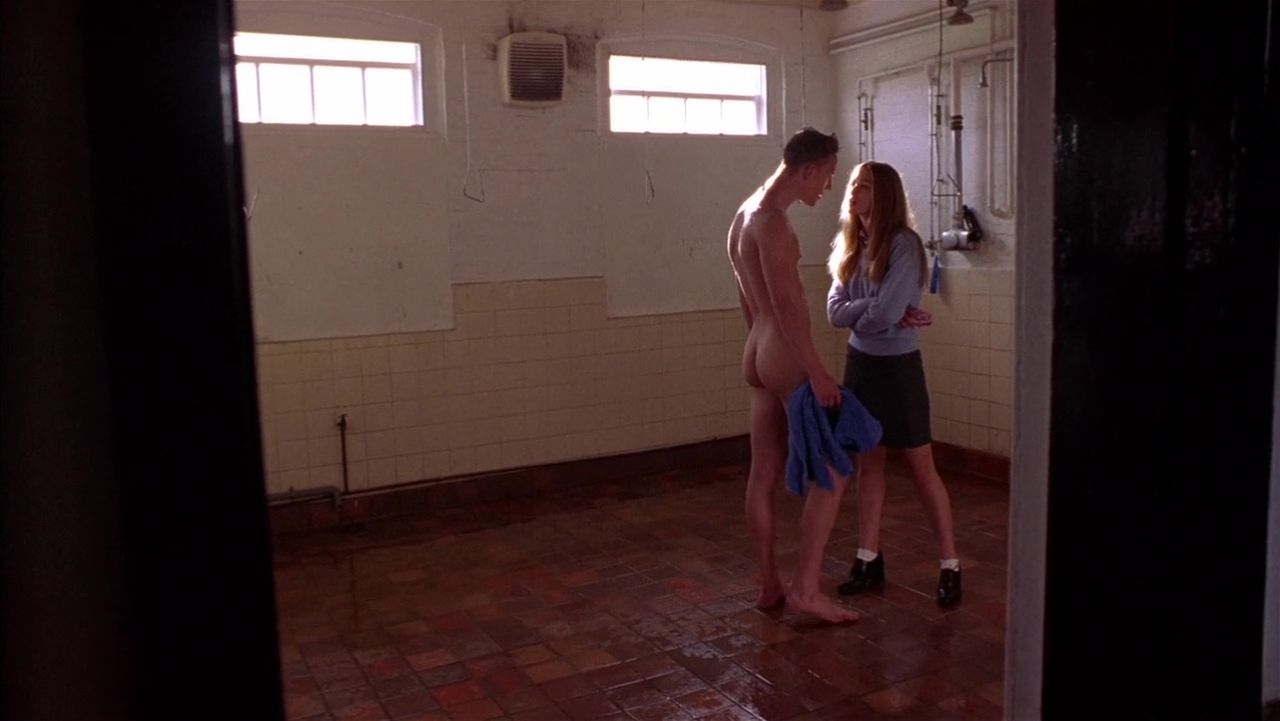 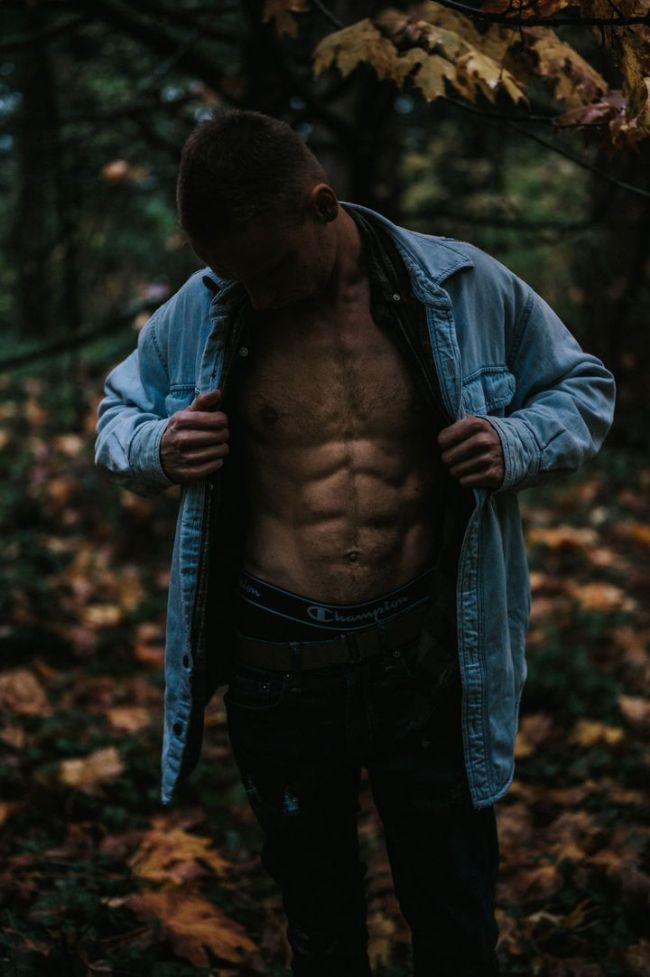 I've always regretted the name of my blog, especially when more viewers discovered it.  I took the name from an old Yahoo group I had, and thought it would be easier to find my new home if I kept the name the same.  If I were to choose a name today, I'd like to think I'd choose a name as creative as Tasty Smut.  Tasty, as in appetizing, and in tasteful and smut... well as in smut.
I actually discovered the work Chris, the photographer behind Tasty Smut last year, well... I in truth it was Chris who discovered me.  As much as I try to credit every image I find and share, sometimes research and images searches aren't enough. Chris one of my seasonal sightings shots and politely messaged me on Instagram that the shot was his. 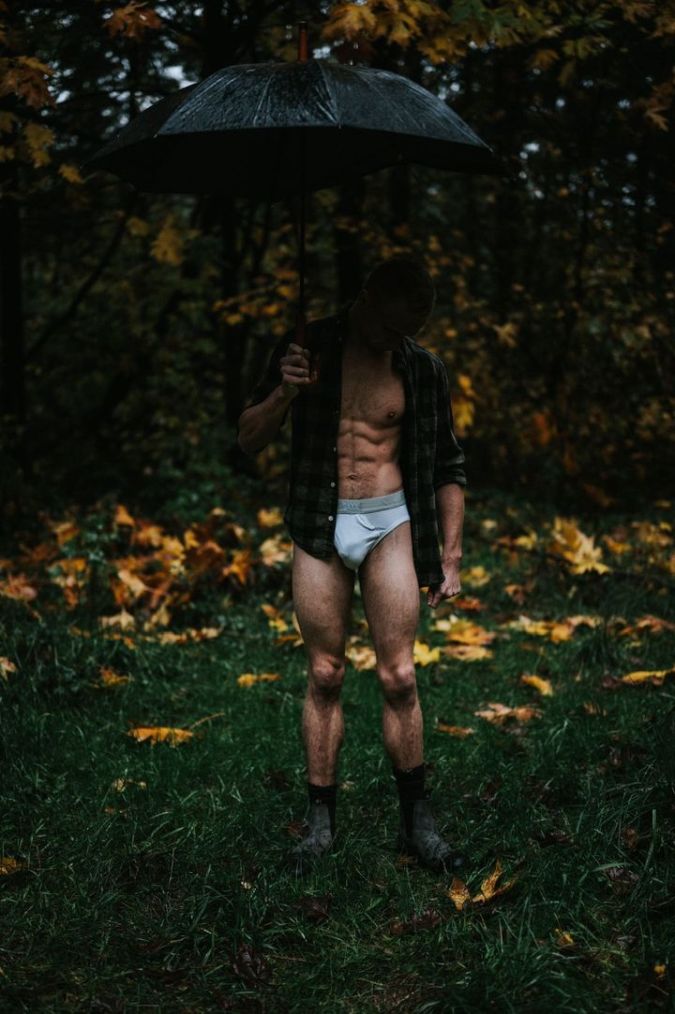 After ensuring Chris got proper credit, I took a deep dive into his portfolio.  Tasty Smut is a smorgasbord of visually appetizing seasonal sightings, with almost all of his images weaving colorful scenic sights with the male form.  We've been going back and forth about a piece on FH since, and given Chris is from Vancouver, I thought it perfect to spotlight his work on the Canada's Thanksgiving holiday weekend. 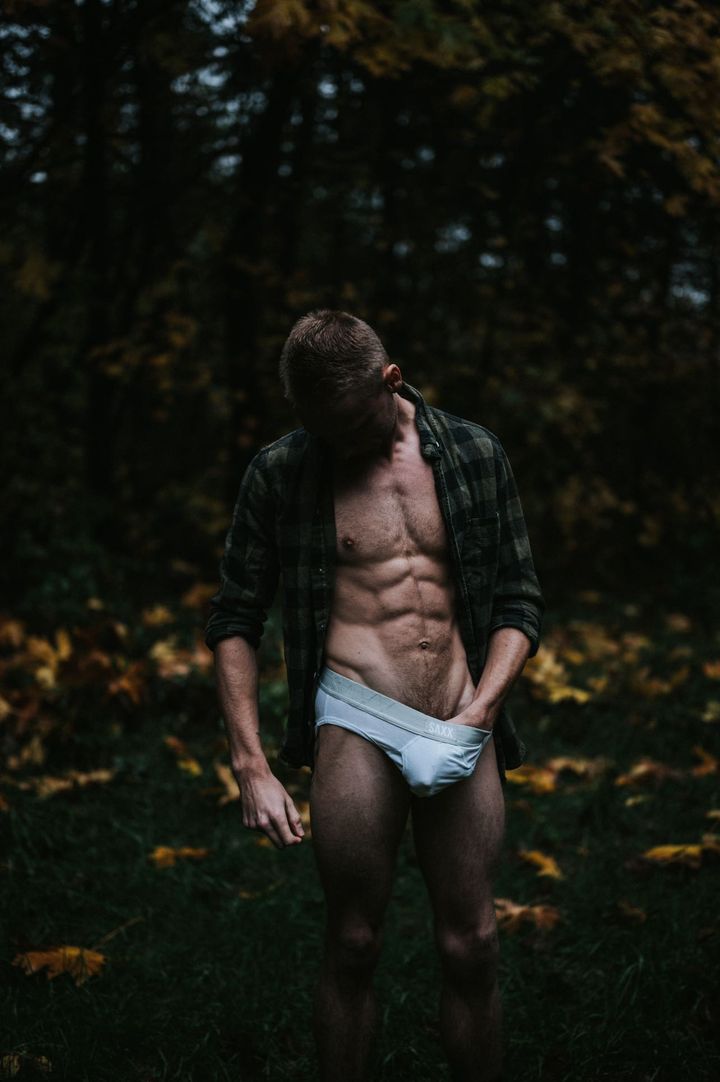 For Chris, photography started out as a hobby, one that then turned into a passion. Initially his focus and love was shooting landscapes, and, very much like my own photography beginnings, this turned into shooting friends, families and then eventually weddings and engagements. Shooting people was both a fun challenge for Chris, and also something that was sometimes, even semi lucrative. The artist however, eventually realized that shooting so many weddings became more of a job and less of a hobby.. 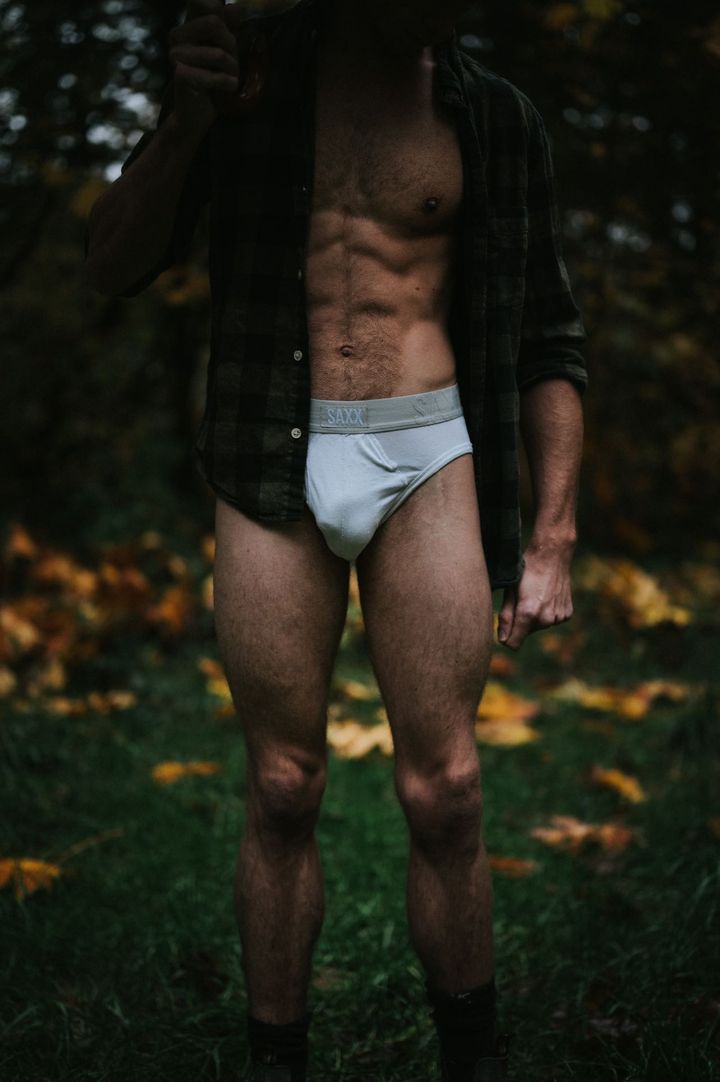 .'I wanted to have a provocative name for this new pursuit and I landed there. In terms of a philosophy for the content I create, it more-so stems from this quiet kid inside who was always looking at things that I "should not" have been looking at. Locker room side glances and underwear aisle packaging to name a couple. I think a lot of queer people can relate to this at some capacity. Tasty Smut is meant to be liberating for both me and the model! ' 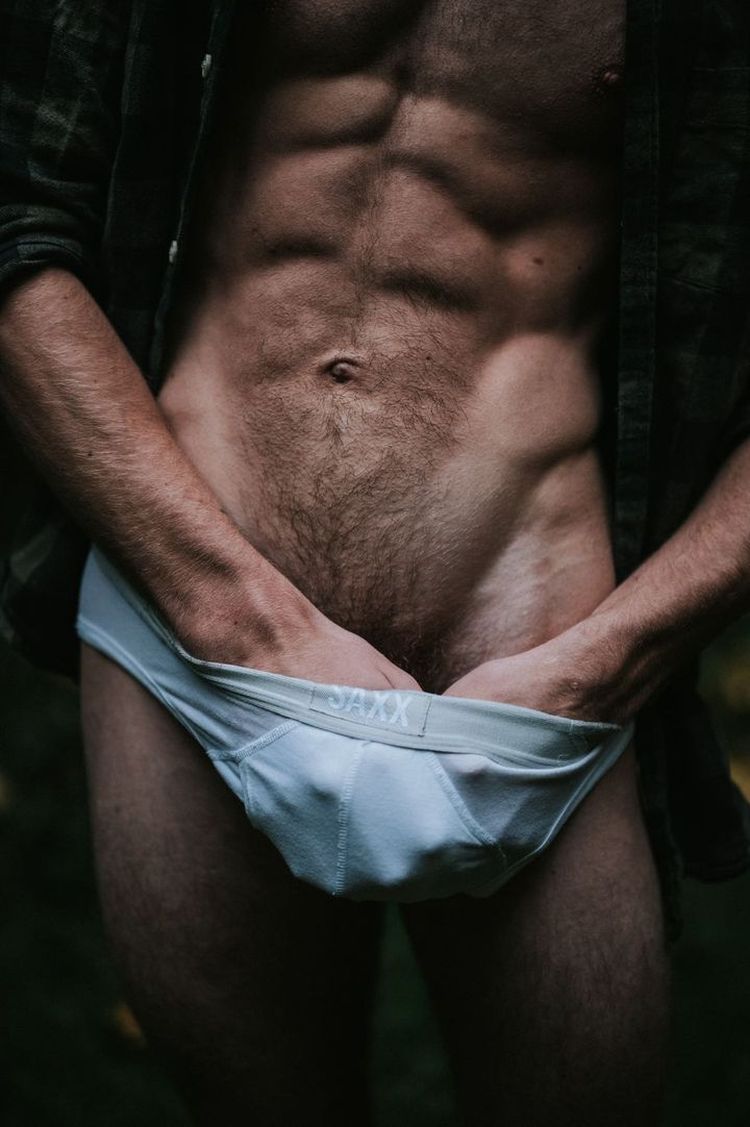 Chris soon began to get more choosey with his shoots, and started longing to fall back in love with his craft.  Chris spoke to his partner about how he was feeling, and expressed his interest in shooting the male form.  Chris' partner was incredibly supportive and encouraged him to pursue it.  So it began, first with a friend, then a friend of a friend, and then the Instagram account Tasty Smut was born. It snowballed from there. As Chris's portfolio progressed, he decided that a photo book (or books) would be his end goal.   You can out more about Chris' book HERE: 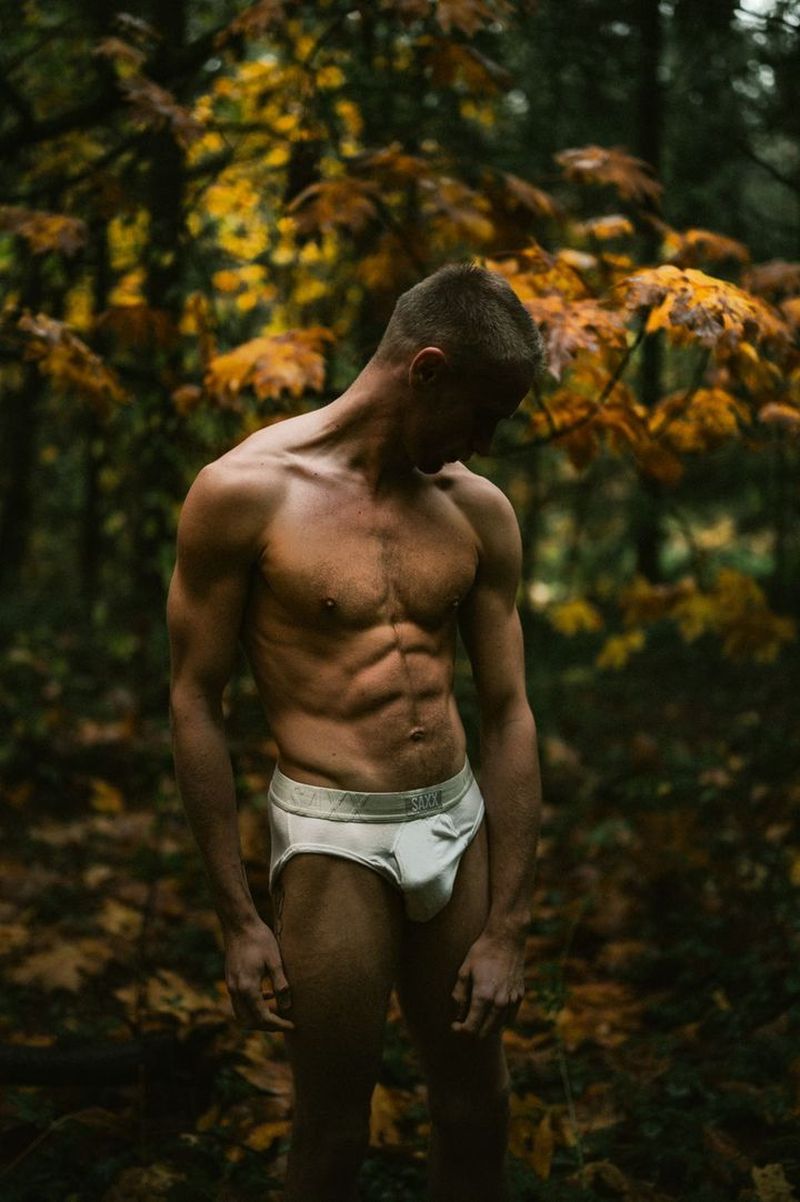 The location used in most of his shoots is a regional park near Chirs' home in Vancouver.  There is nothing 'official' about the location and models are sometimes a little skeptical when the meeting place is on the shoulder of the road next too large, dark forest.  It's the perfect spot to then walk into the woods until they find just the right colors,  light and location.

For this particular shoot, the model wished to remain anonymous, so Chris tried not to clearly show his face. It was rainy that day and the model was cold and wet, with many of the images ending up messy and foggy.  The model was a trooper and by the end of their time together, as you can see from this series, there were enough great shots to make the trek into the woods well worth the effort! 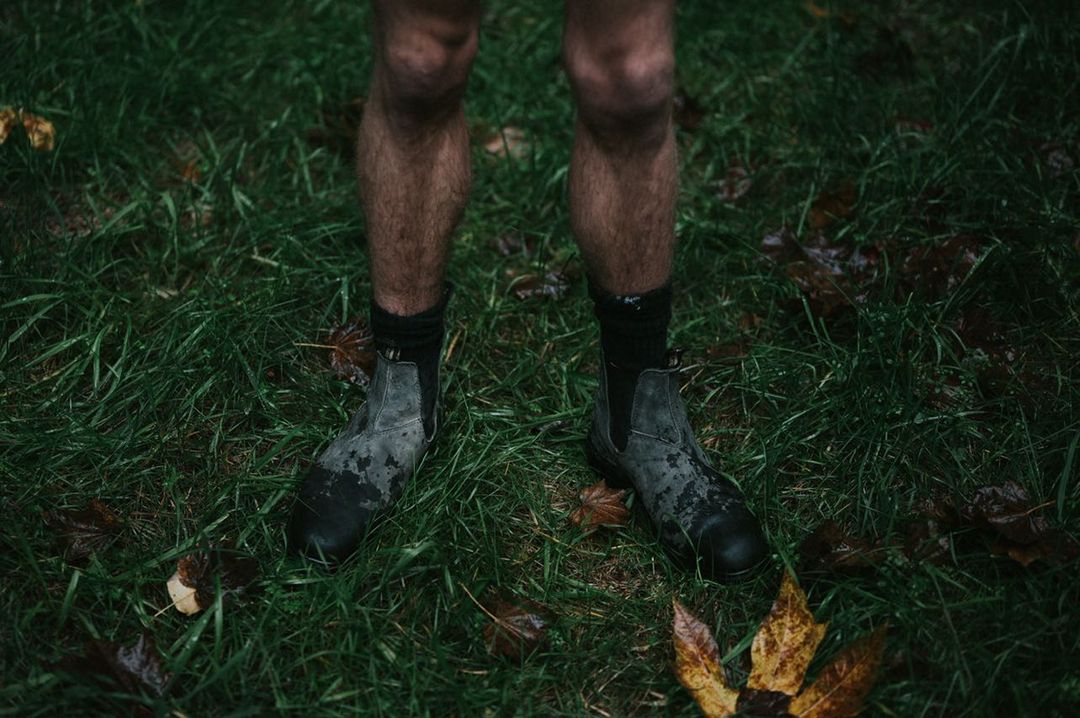 Tasty Smut
Tasty Smut on Instagram
at October 08, 2022 No comments: