Favorite Pic of the Day for October 26th 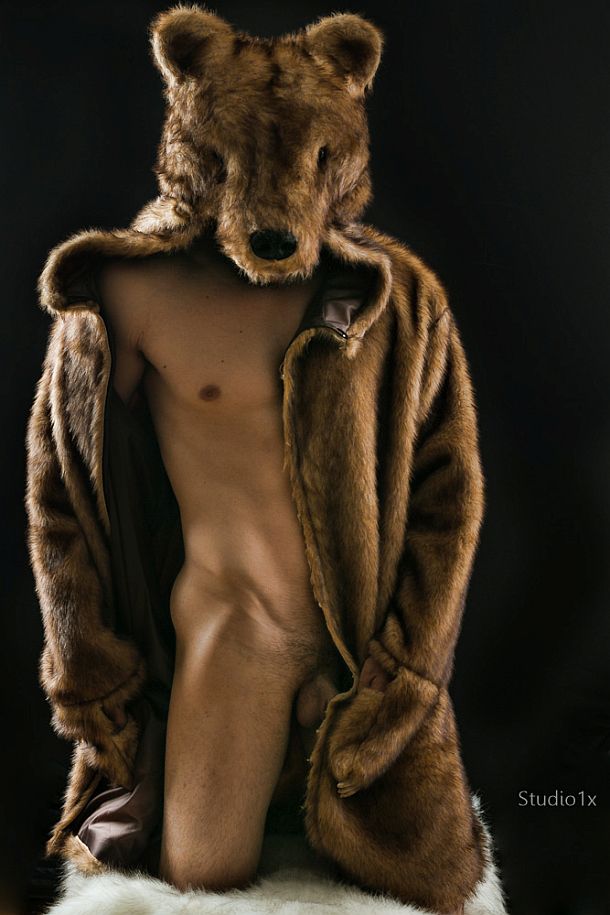 Above:
Bear Cub by Studio1x
-See more Below-

Email ThisBlogThis!Share to TwitterShare to FacebookShare to Pinterest
Labels: Halloween, Pic Of The Day

A Mummy & Gladiator Walk into a Bar... 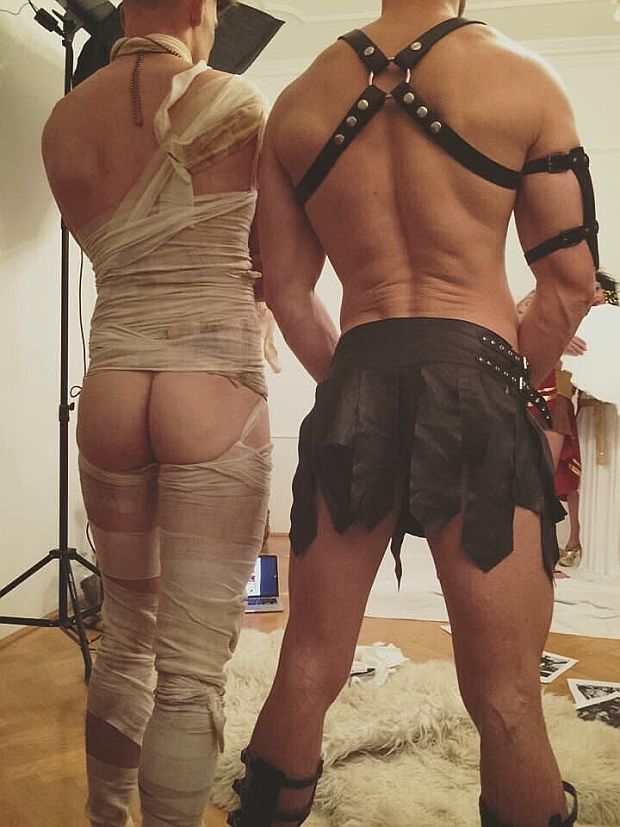 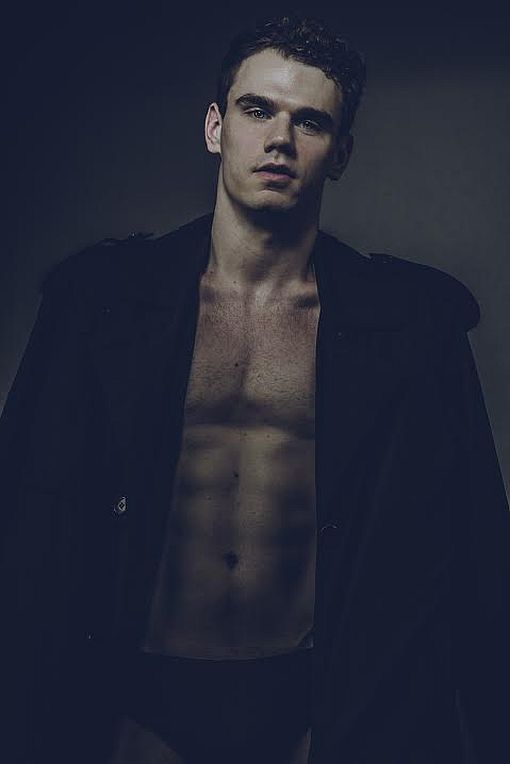 Your wretched little lives
Have all been cursed
'Cause of all the witches working
I'm the worst!
Winifred Sanderson 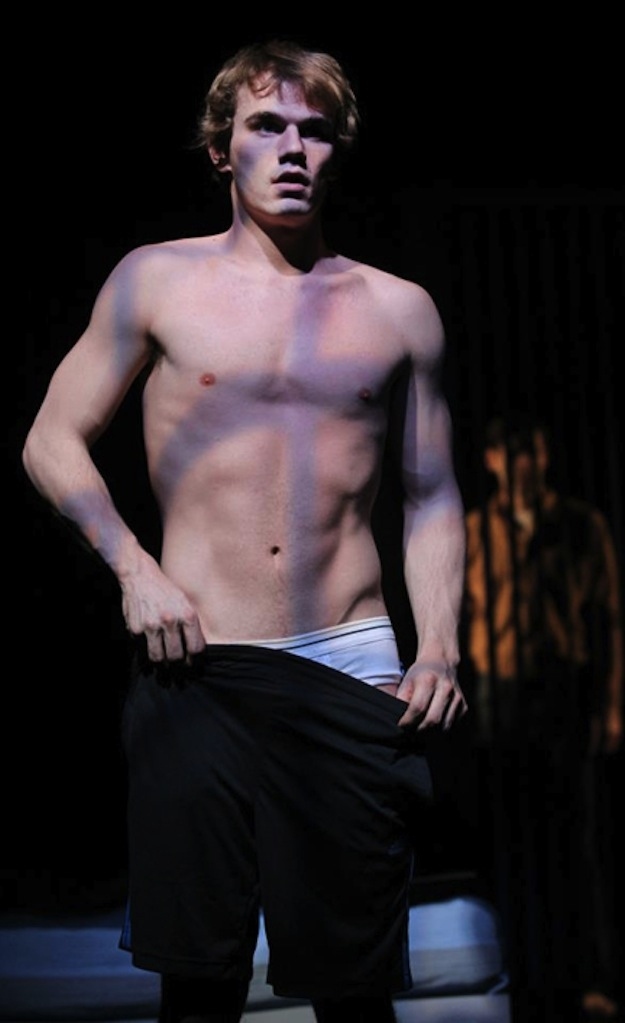 I first noticed actor and singer Jay Armstrong Johnson during the promotional phase of the 2014 revival of On The Town. I first featured Jay after his performance on the 2015 Tony Awards. (Tony Standout) Although On The Town brought Jay much deserved attention, he has been on stage for years for various well known musicals including; Newsies, Hair, Catch Me If You Can and A Chorus Line.


Being one of Broadway's most talented, and hottest performers, led Jay to last years Broadway Bares: Strip U, opening the show with the number above.  Thanks to DavidAsset for the video above. 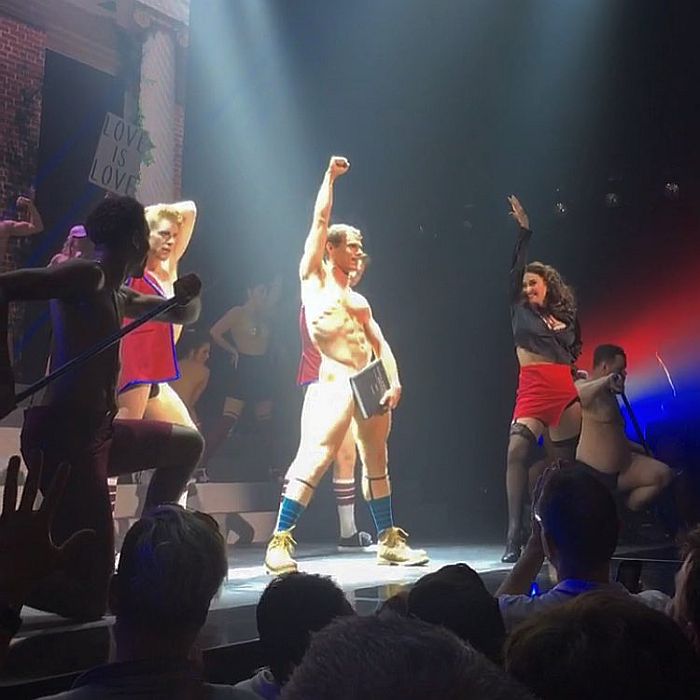 For those who don't follow Broadway, or Broadway actor, Jay also parlayed he stage success to television with a regular role on ABC's Quantico. But I'm not featuring Jay this Halloween because of Quantico, nor for another reason to post a few shirtless shots. Although both good reasons, today it's because of Jay's turn as Winifred Sanderson and I Put A Spell On You. 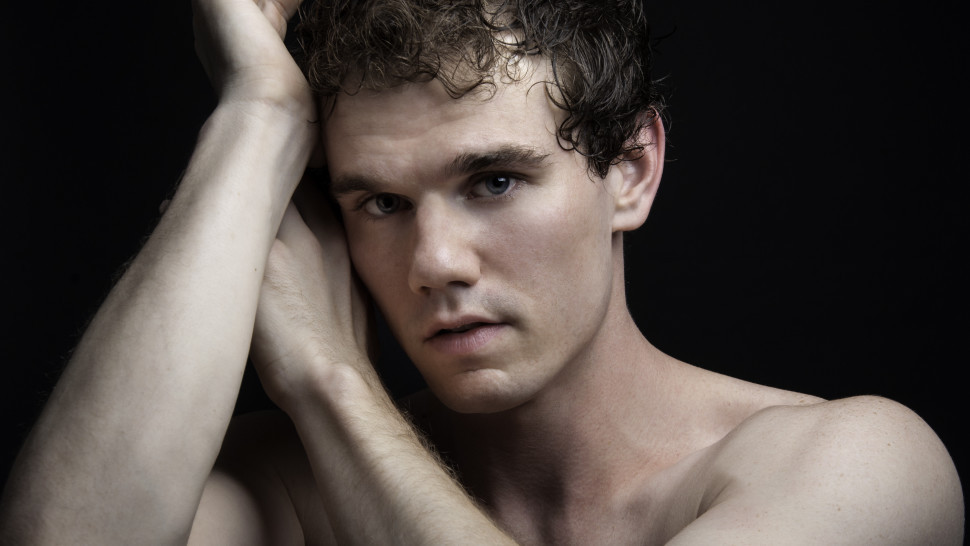 Like so many of you, Halloween means a repeat viewing of Hocus Pocus. I have featured (HERE:) the 1993 film several times on FH, usually around the end of October. The cast isn't getting any younger, so no time to waste getting that re-make made!!! Earlier this year, Jay and company staged a lavish production of the shows signature song at Feinstein's/54 Below along with a great video documenting the production. 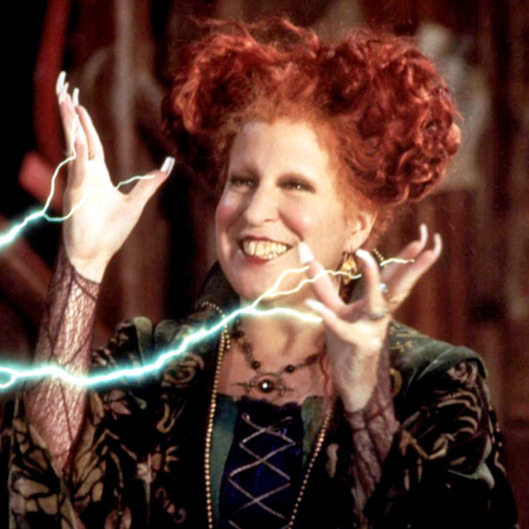 As creator and producer of the project, Jay pulled out all the stops with Costume (DW Withrow) and Wig Design (Katie Beatty), make-up (Maggie Sackman/Nicolette Gold) and a complete orchestra, conducted by Rodney Bush. Photographer Michael Kushner documented the entire and event as well as portraits of Jay along with is fellow Sanderson sisters, Allison Robinson *(Sarah) and Amanda William.s (Mary) Check out the video below, and if you're going to be in NYC on the 31st, check out Jay's Instagram for details on his 'no so scary' Halloween bash! 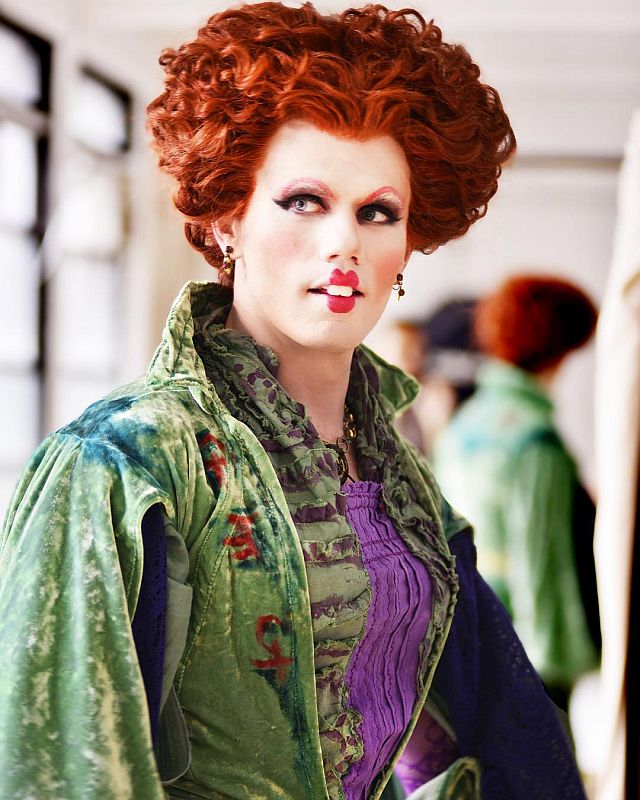 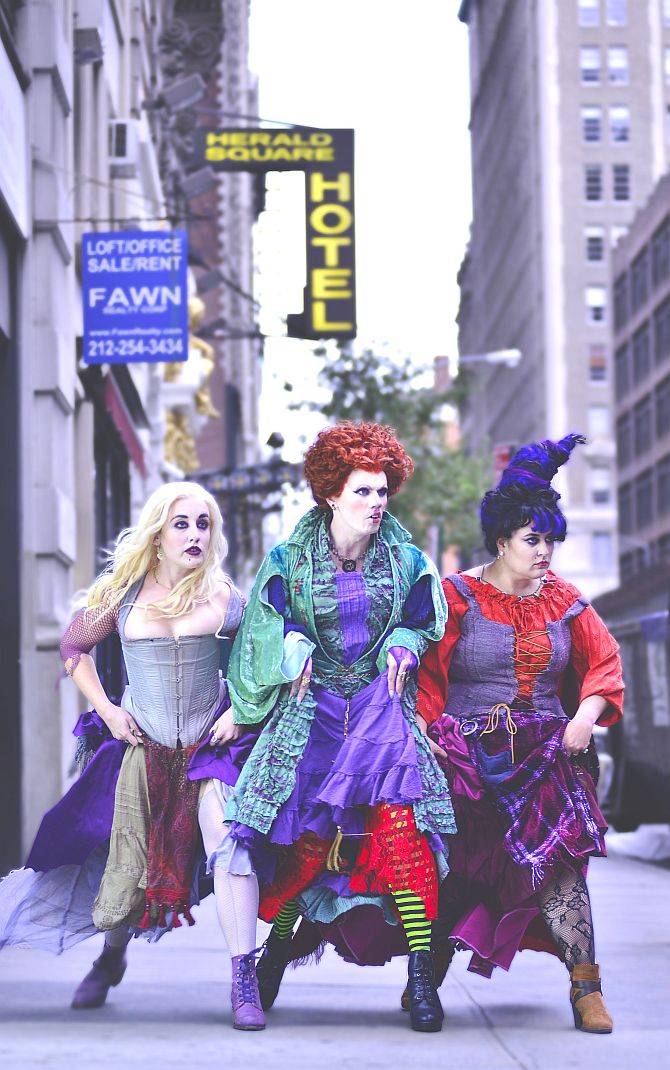 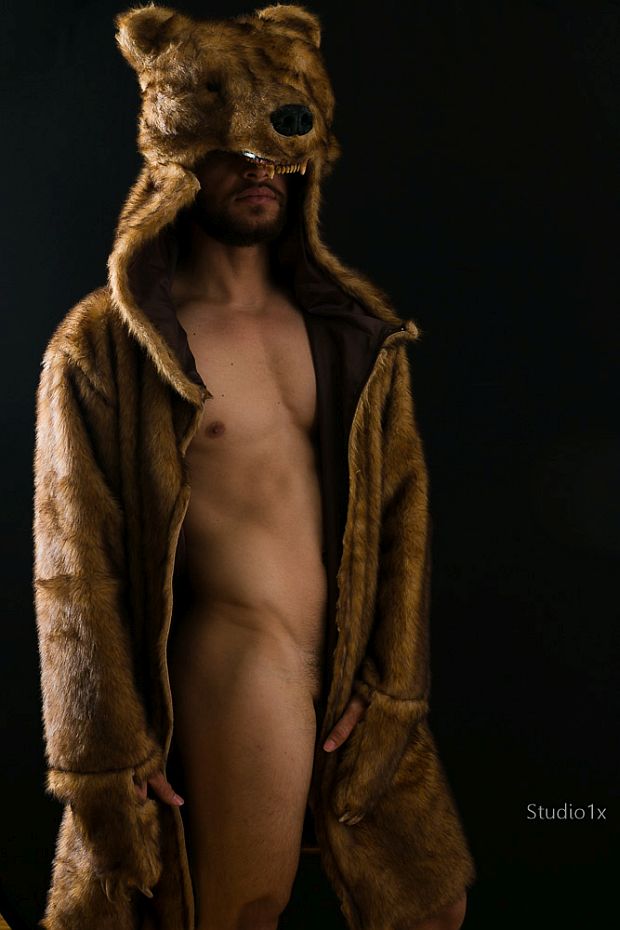 'The rule about bears is their unpredictability' 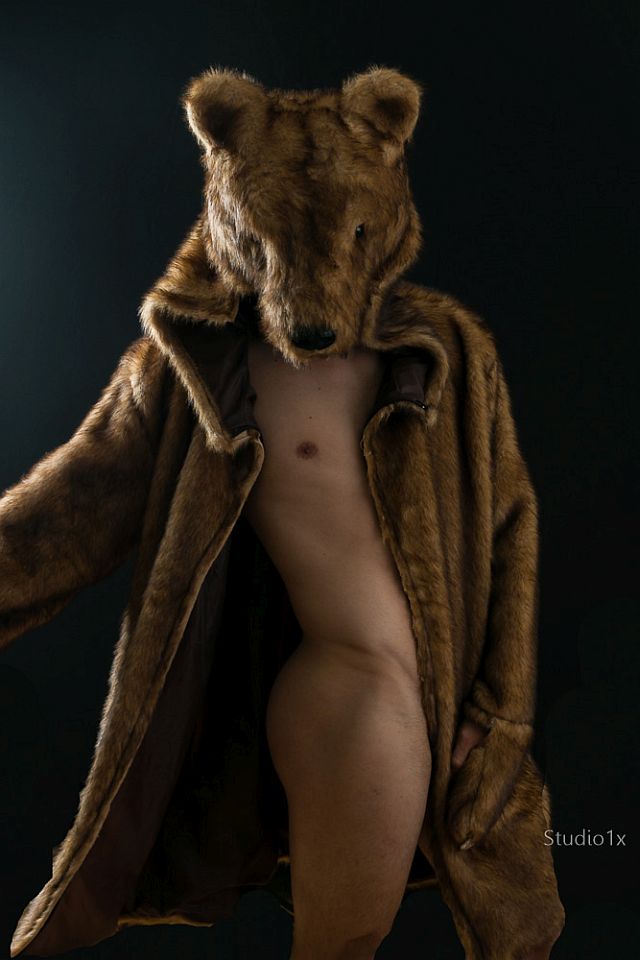 FH closed off August by dong my first piece featuring the inspiring work of Jim from Studio1x. (Before, During & After:) The focus was Robbie, a tall, lean dancer who looked striking in and out of his red underwear the other side of Jim's lens. 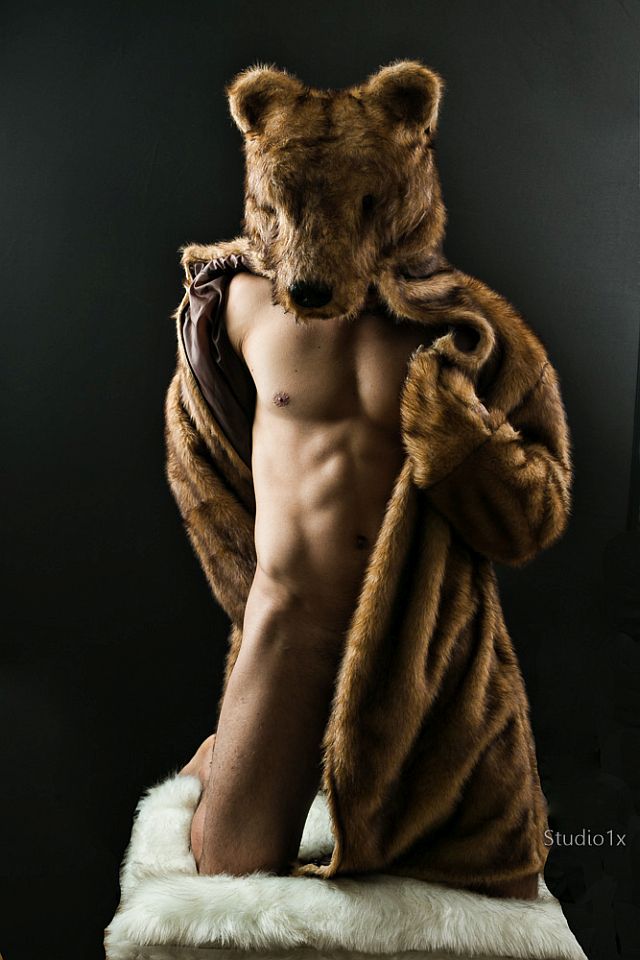 Today, there is no underwear involved, I am not sure many bears actually wear them. Instead we are introduced to Joe, wrapped only his bear costume just in time for Halloween. Jim sent on a great selection of shots of Jim, and in many, he indeed showed his face, and was wearing clothing. But... I thought this series was not only great for Halloween week, but also a great way to introduce Jim's work with Joe. I promise to feature more of Jim's images of Joe after Halloween has passed so you can learn more about the shoot and Joe, and see his gorgeous face underneath the fur. 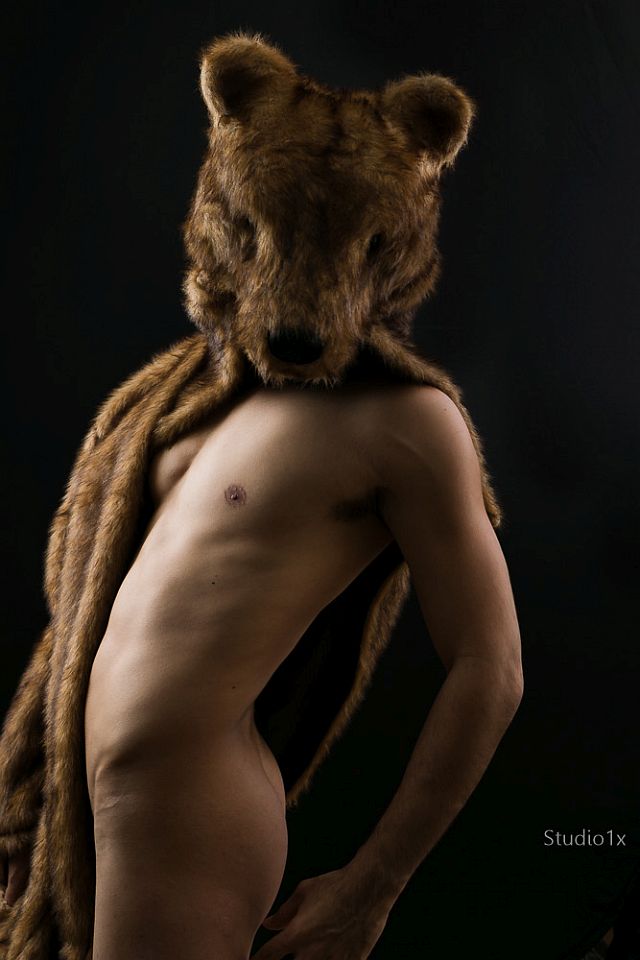 Jim describes Joe as being a little quiet at the beginning of the shoot, but that changed when Will Harrison from Visuwil Productions unpacked the costumes and masks he brought for the shoot. Visuwil Productions specializes in Halloween masks, costumes and parties, and as you can see... styling costume themed shoots. Jim and Will wisely didn't cover Joe too much with the suit, leaving our bear mostly bare. 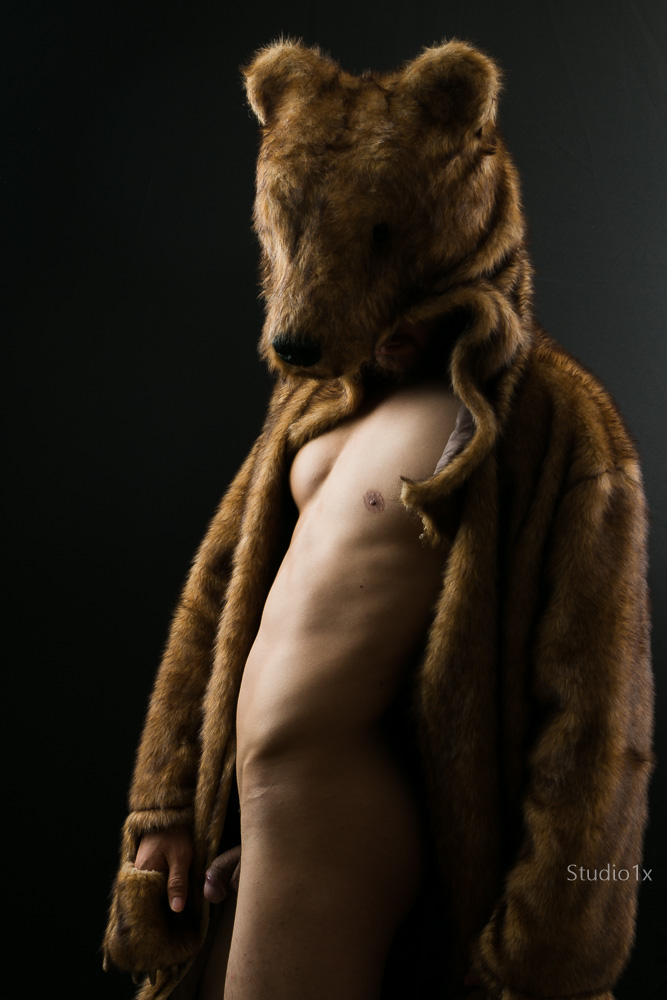 'Joe really came to life when my friend Will brought out some of his costumes and masks to use. Will dressed, styled and assisted in posing of Joe while we spent the next hour shooting Joe in different outfits/masks. When a model puts on a mask, they now can become whoever they want to be, and really do come to life. It was one of those shoots that you wish would never come to an end.' 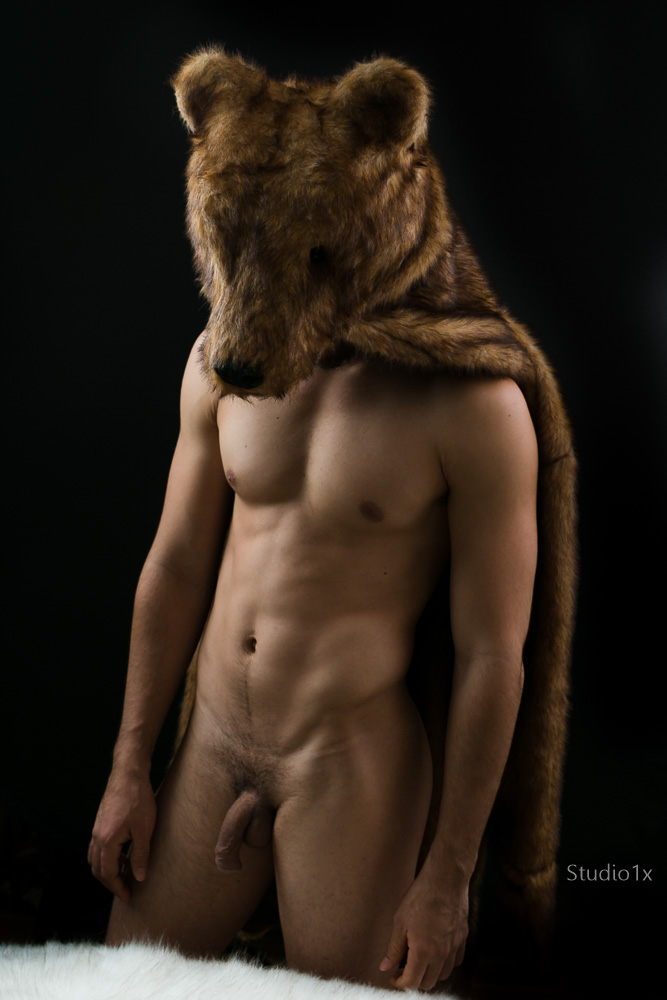 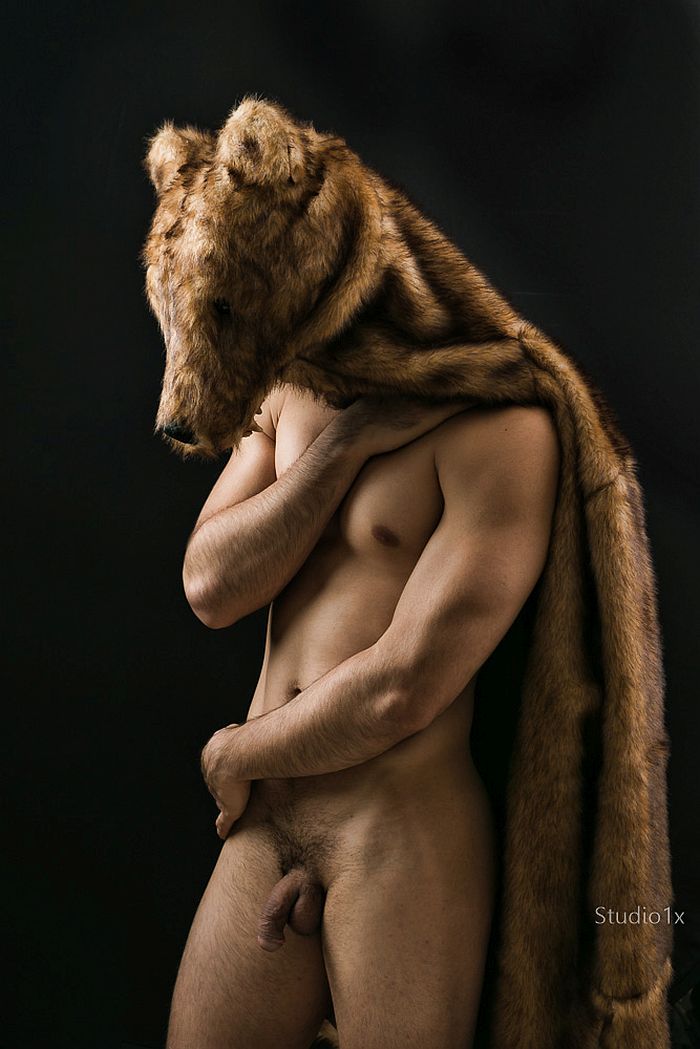 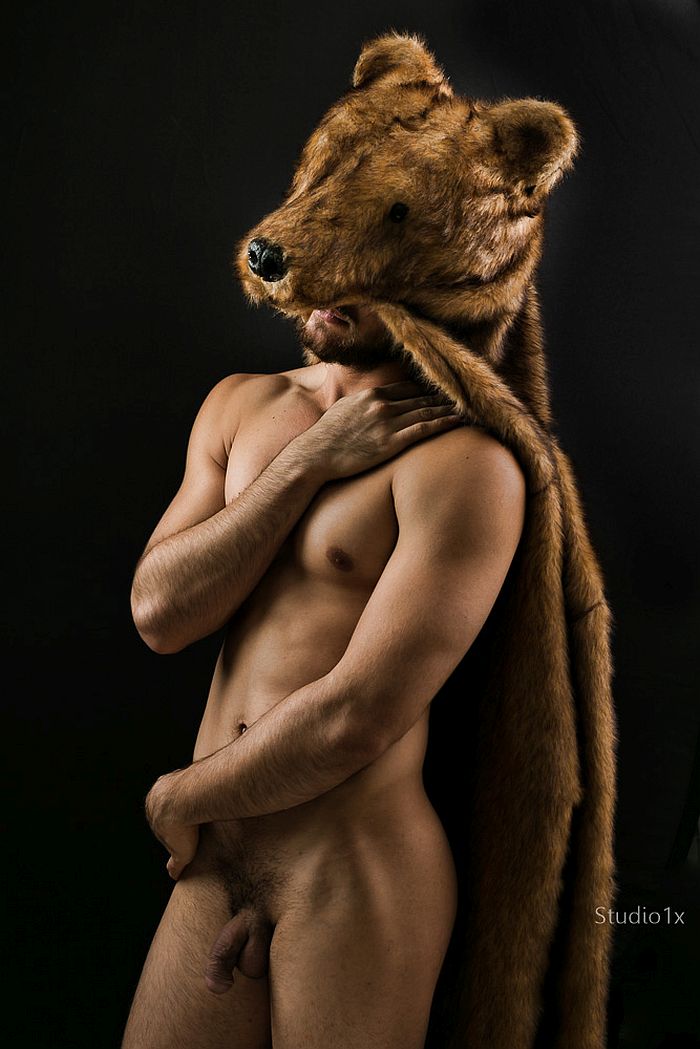 Horror Hunks: The Vampires of Gayracula: 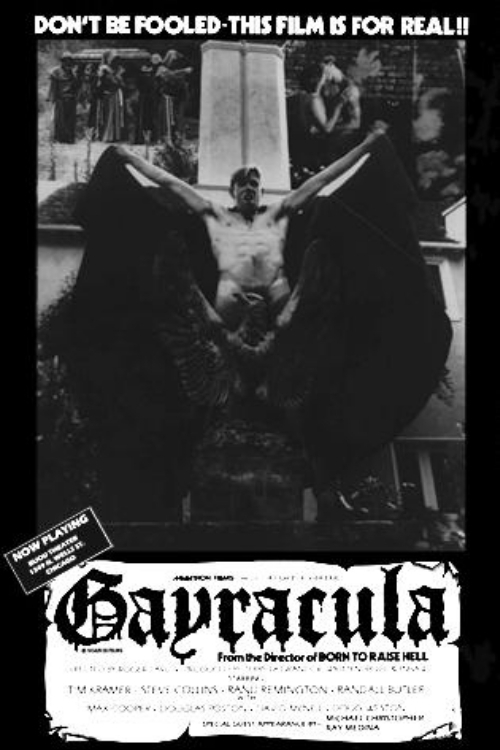 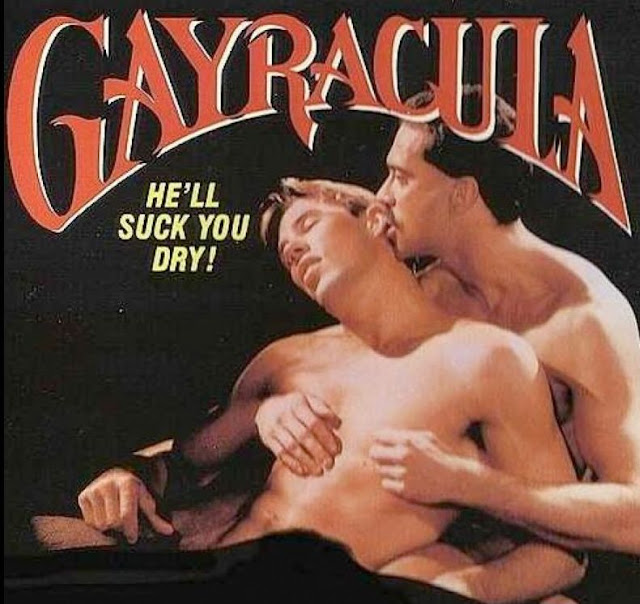 'Count Drac is back - and this time he's necking more than just Stella. Count Gaylord stalks the pubs within L.A. for the hunkiest victims to ever succumb to lust, as well as his enemy, the Marquis de Pint./ 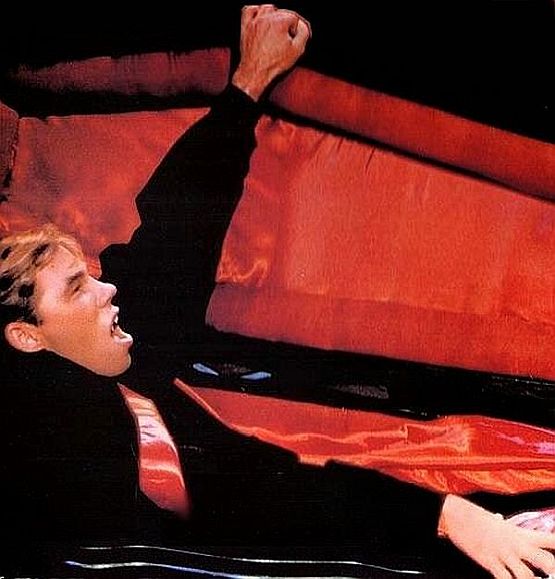 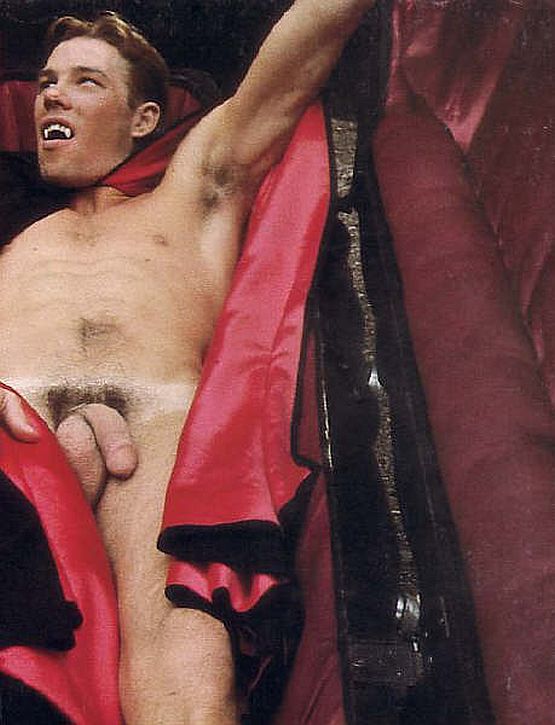 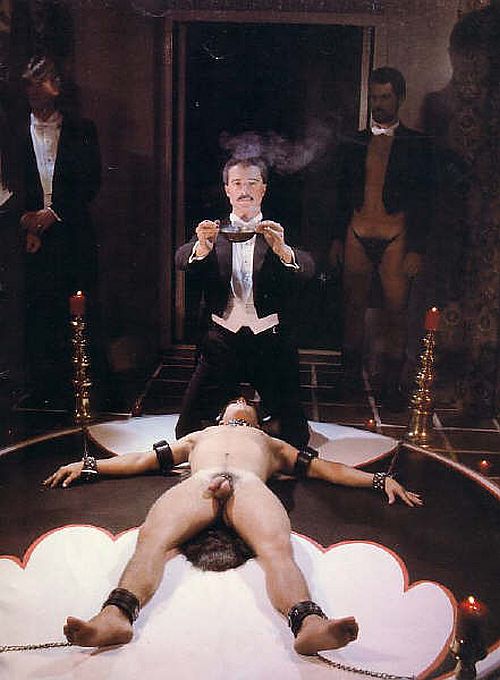 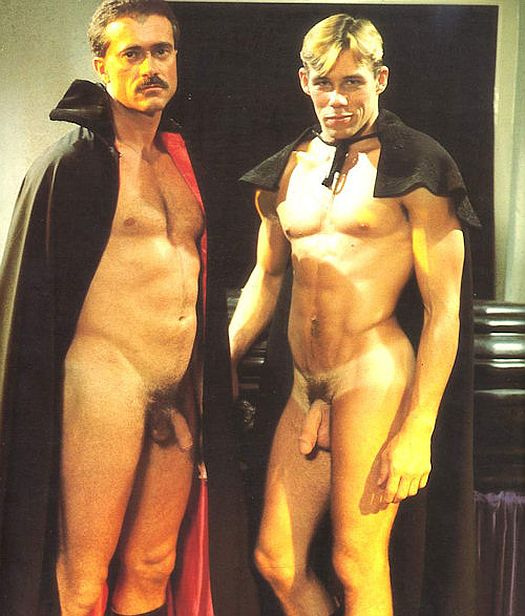 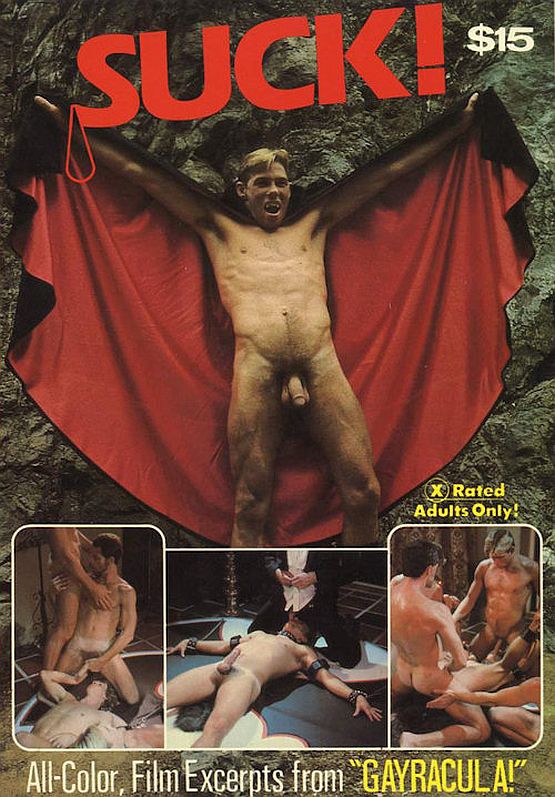 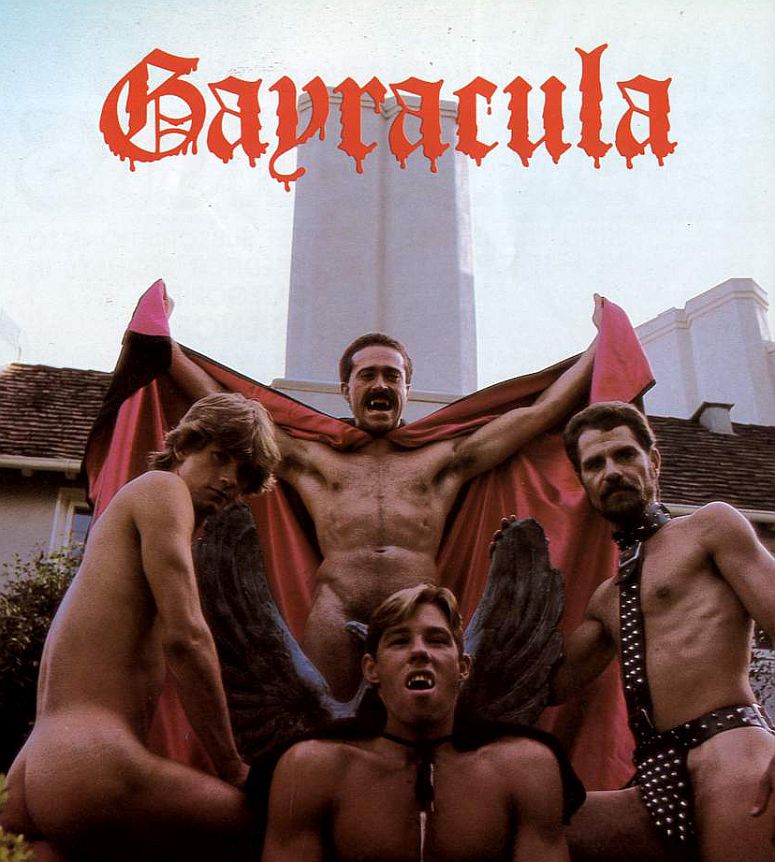