Favorite Pic of the Day for November 28th 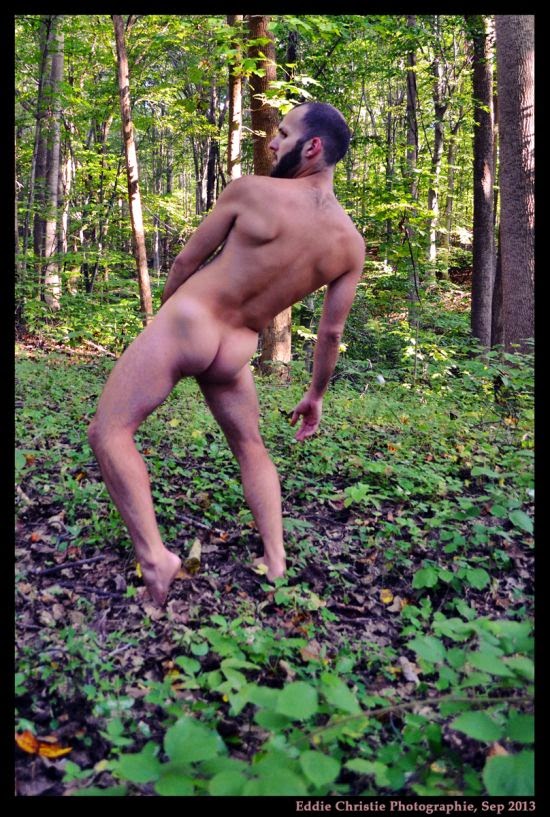 Above:
SILV by Eddie Christie
-See More Below-
Check out today's birthday's HERE: & HERE:
Happy Thanksgiving and Happy Hanukkah to all those who celebrate!
at November 27, 2013 1 comment: 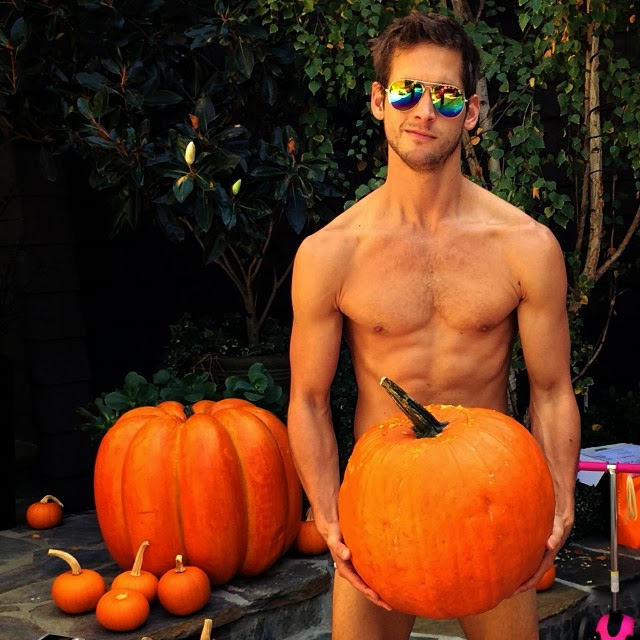 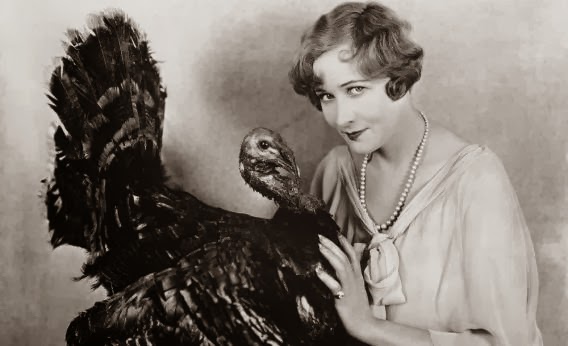 Happy Thanksgiving to everyone chowing down on turkey today! 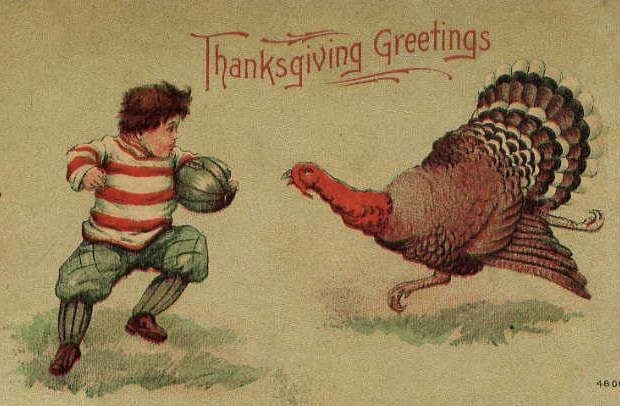 Everyone who reads FH knows I love any excuse to post holiday themed images. Although Thanksgiving is not generally a sought after theme in the world of shooting the male form, I make do. Thanksgiving is one of my favorite holidays and seasons. I hope whether your sitting at a huge table surrounded by family and friends, or nuking a Swanson turkey dinner for 1 that there is a little thanks, and a little giving in your life. 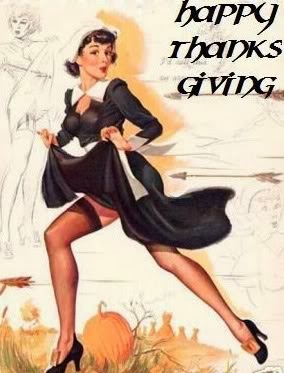 I love this quote from Irish poet John O'Donohue. It has a lot of meaning for me and thank Ira David Wood III who shared it yesterday as a thought for Thanksgiving on his Facebook page.

'Home is where the heart is. It stands for the sure center where individual life is shaped and from where it journeys forth. What it ultimately intends is that each of its individuals would develop the capacity to be at home in themselves. When one is at home in oneself, one is integrated and enjoys a sense of balance and poise. In a sense that is exactly what spirituality is: the art of homecoming.' 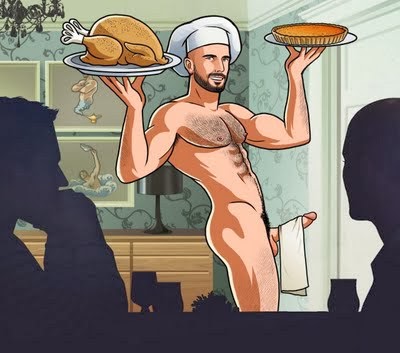 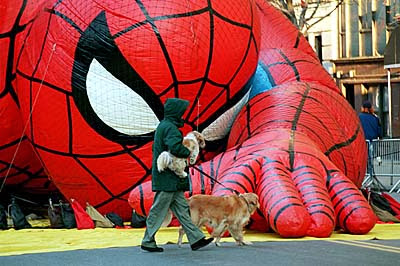 Email ThisBlogThis!Share to TwitterShare to FacebookShare to Pinterest
Labels: Thanksgiving 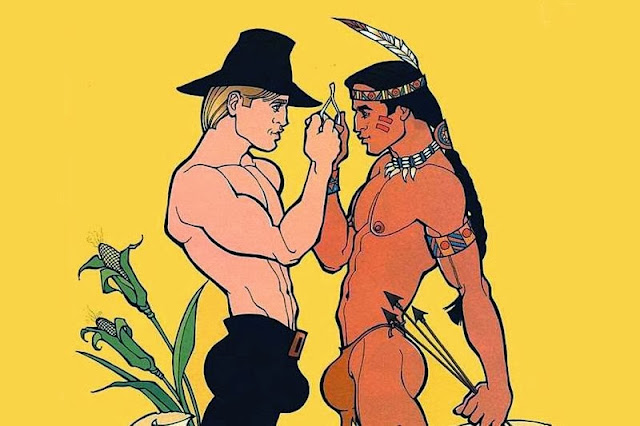 When searching for Thanksgiving holiday themed images I came upon the image above. Although I instantly knew it was not appropriate, even offensive, I found it fascinating as it no more connects to Thanksgiving, than Santa to Christmas. Santa Clause is a fantasy and about as real as the notion that there were feasts and celebrations between Pilgrim's and the Indians. Thanksgiving is bitter sweet for many native Americans, and so it should be. I find it incredible that the myth of a sweet transition of land, not the bloody massacre it truly is still maintained by some and that some company's (below) still try to profit off this myth.

America has managed to bastardize all of it's holidays but none more so than Thanksgiving. At it's heart, the holiday is about being thankful. Thankful that no matter what your economical status, there are still little things, family, friends and blessings we can be grateful for.

With each year that passes, the holiday has become less about thanking, and more about buying and getting. Even though there are no actual gift giving rituals associated with the day, Thanksgiving and black Friday have taken on a grotesque commercialism in direct contrast to what the day was indented for. This year it seems more and more stores are not waiting until Midnight to open, but inching closer and closer into the day. Stores are literally begging us to shove down our turkey, get in the car and head to the malls. Those malls, like the early battles between Pilgrim and Indian are a crazed frenzy of people grabbing any and everything and declaring it to be 'MINE!'.

I would like to tell everyone to stay at home and ignore the pressures of the non stop television ads to buy but I know a great deal on a great product can be just too much for some to pass up. I am thankful the stores where I live will not open on Thanksgiving, not even at midnight, they will open the next day, at 9a.m on Friday morning. I would like to think even if they open early I would resist going, and I am thankful I don't have the pressure to decide. 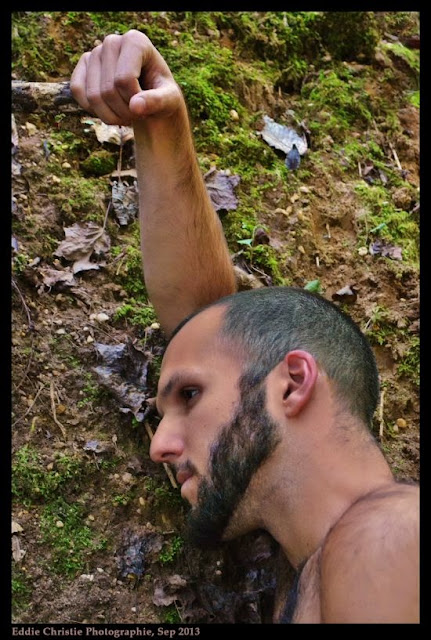 When we last left photographer Eddie Christie and model SILV they were on to Plan B. After fleeing the old fort they were shooting at after being discovered by some unexpected visitors! (Skin & Stone) The next stop, somewhere a little bit more private to shoot. 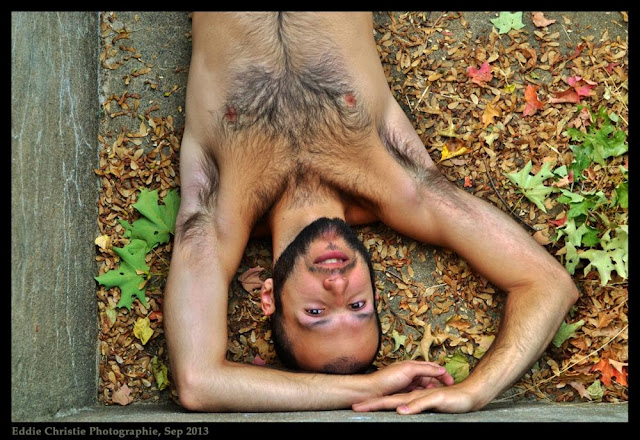 'Plan B required driving to a friend's house in Maryland, about an hour away. She offered her private 5 acres to me and I took advantage of the offer. The trails no longer existed in her wooded backyard but plenty of places to shoot abounded. SILV and I found a starting location in a dried up stream. He got naked and I started taking pictures. It's great working with a model that needs very little guidance and who knows how to pose his body or come up with interesting lines. We worked together on pose ideas throughout the shoot.' 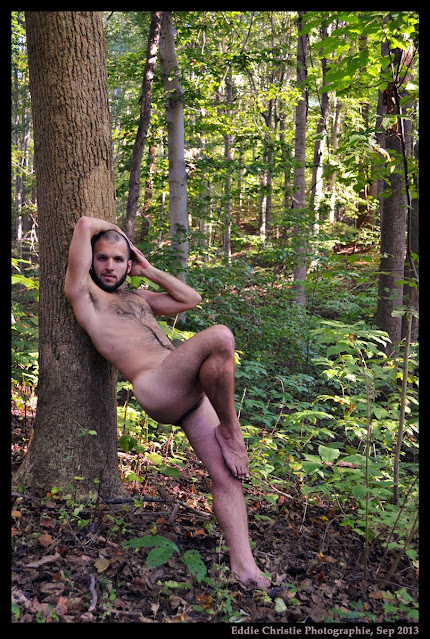 Every time I feature Eddie Christie's work I am always impressed at how with his camera, he brings life to almost any location, no matter how long forgotten. Every time I feature SILV, I am in amazed at how he is able to blend himself into anywhere he is working, taking on not just the feel, but the history of the location and channel it through his movement and poses. 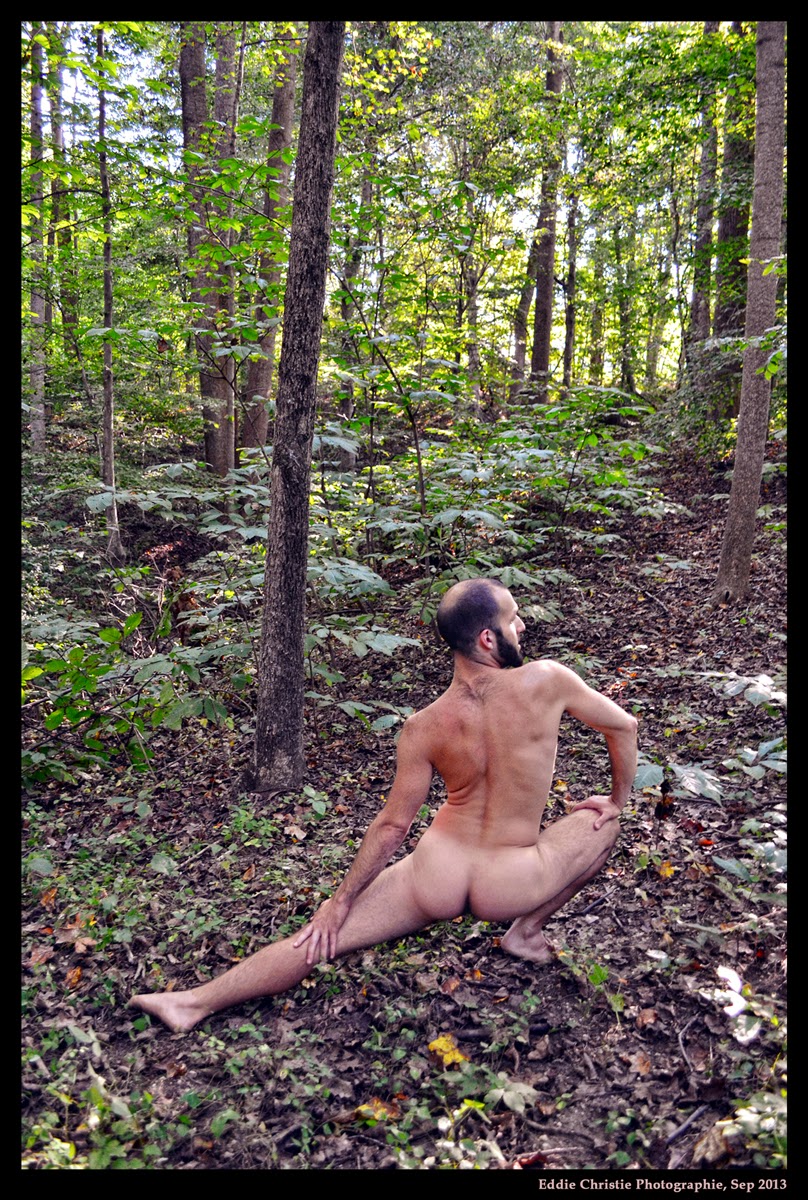 In this series I could not get the image of a woodland creature out of my mind, a deer maybe or the character of Mr. Tumnus from The Lion, the Witch, and the Wardrobe. It was Mr. Tummus who first welcome Lucy into the world of Narnia and in this series it feels it is Samuel who is welcoming us to take off our clothes and join him to play, frolic and experience all of the pleasures of the woods. 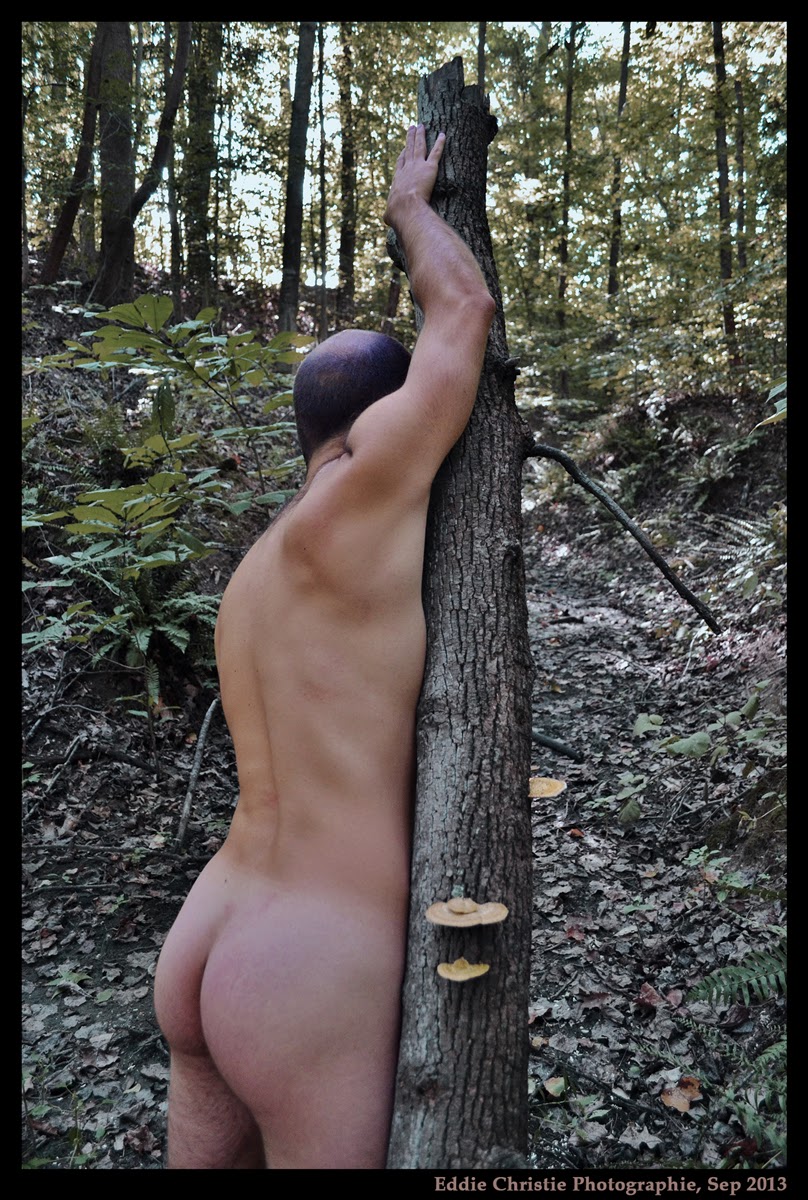 In my research of mythical woodland creatures the closes thing I could find to the spiritual vibe and magic, eroticism and sexual energy Samuel exudes was the Satyr. Although not every adjective to describe them remind me of SILV, much of the description is spot on to the visual he has created within his work with Eddie. 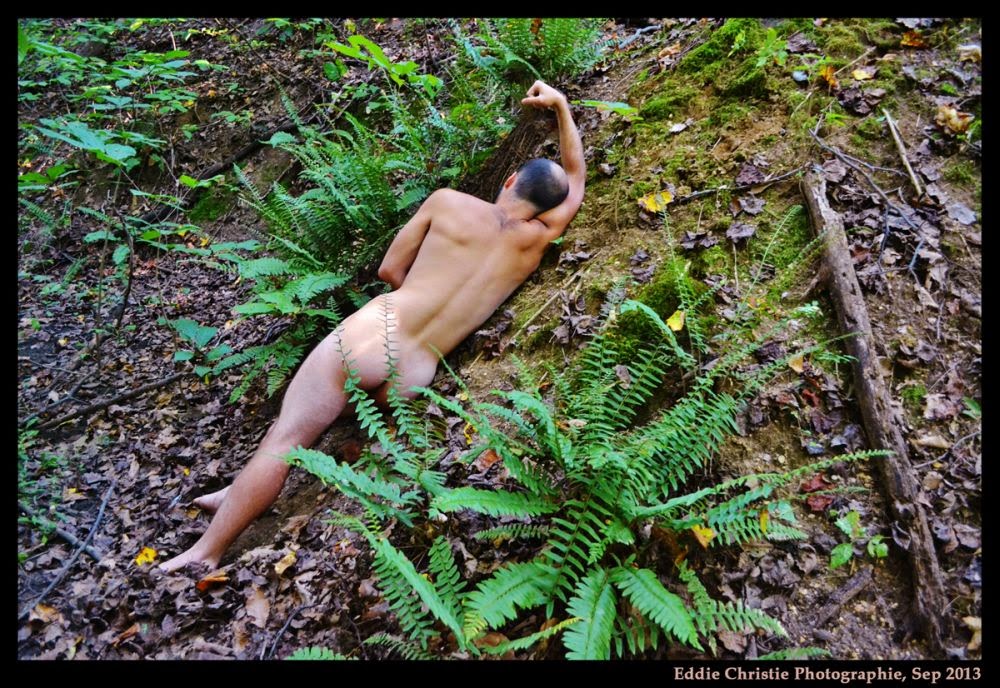 'In Greek mythology, Satyrs (in Ancient Greek: Σάτυροι — Sátyroi) are a troop of male companions of Pan and Dionysus that roamed the woods and mountains. In mythology they are often associated with male sex drive and many artists have portrayed them with erections. Satyrs acquired their goat-like aspect through later conflation with the Roman Faunus, a carefree nature spirit of similar temperament. Satyrs are described as roguish but faint-hearted folk — subversive and dangerous, yet shy and cowardly. As Dionysiac creatures they are lovers of wine, women and boys, and are ready for every physical pleasure. They love to dance with the nymphs with whom they are obsessed and whom they often pursue'.
Wikimedia Commons 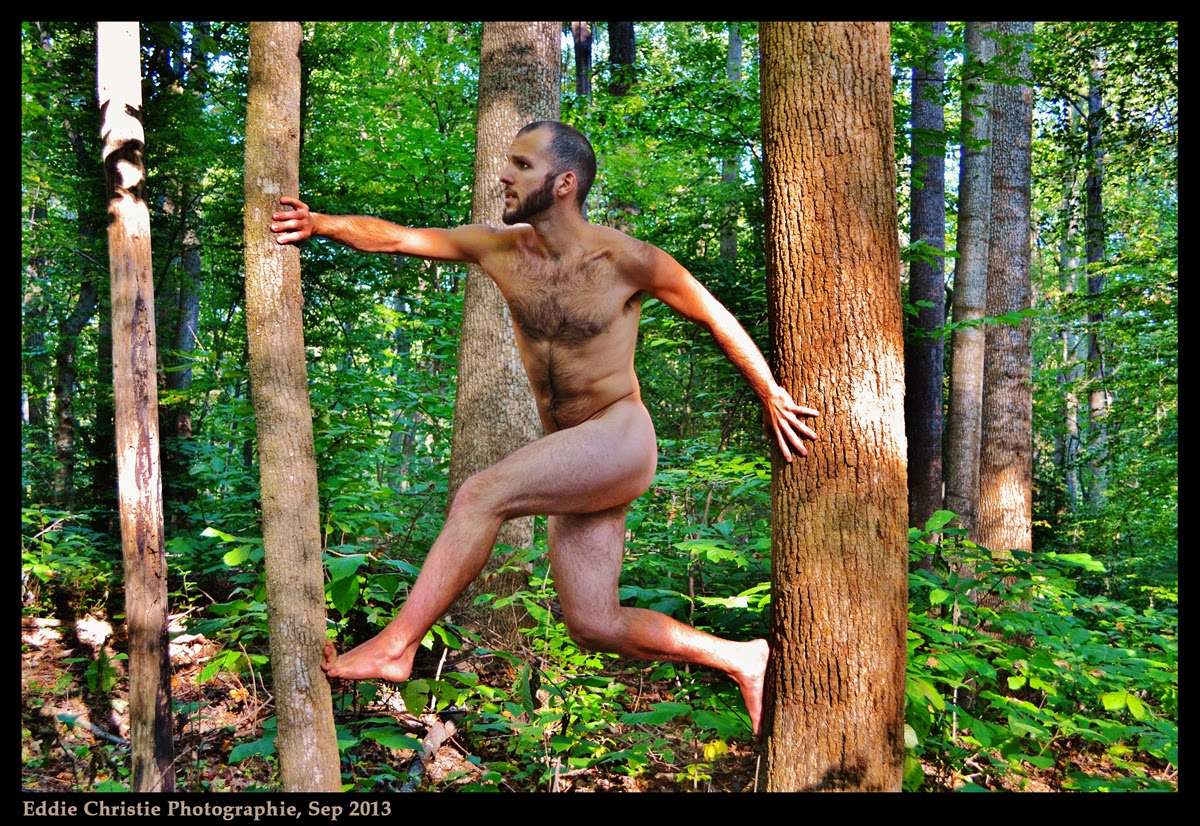 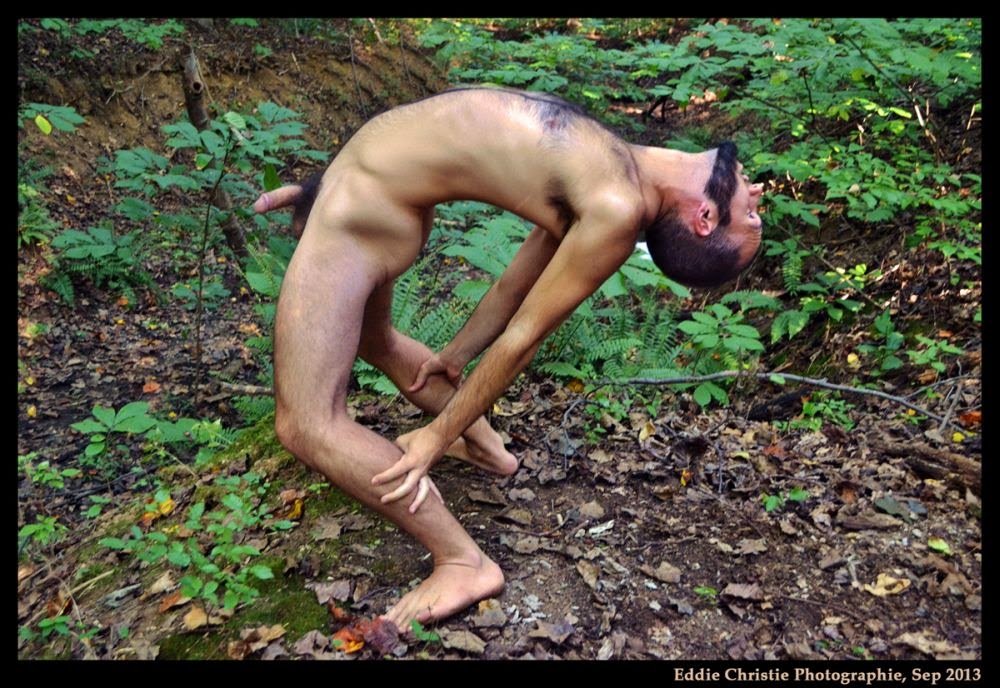 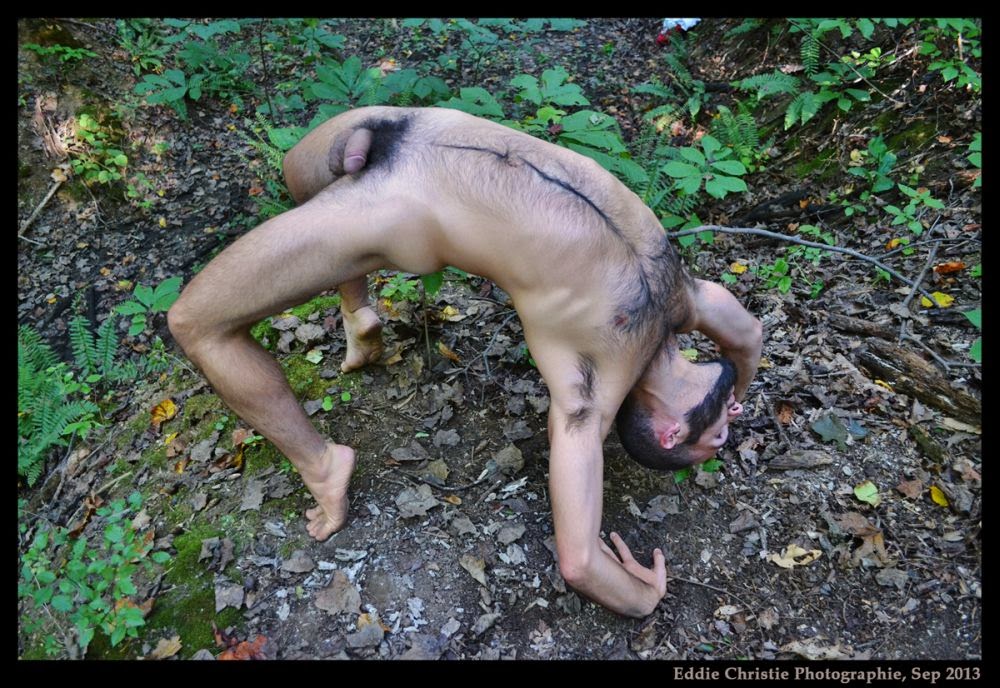 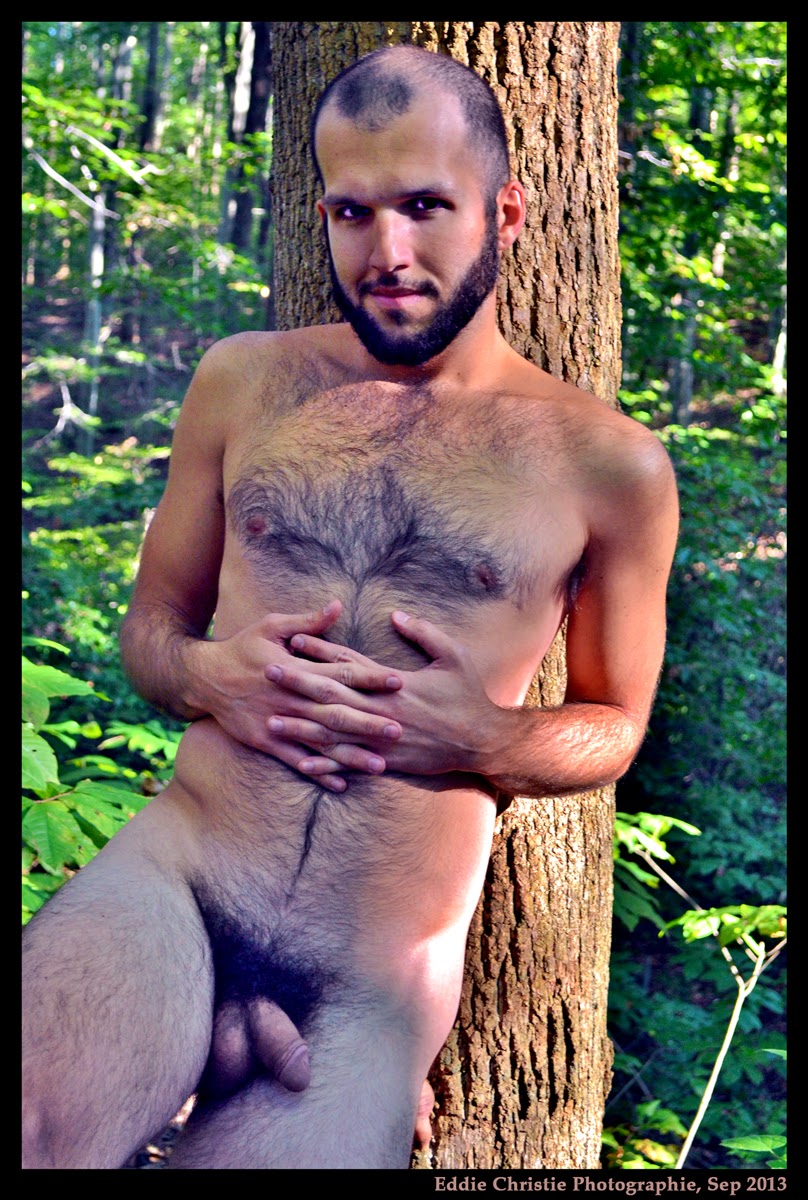 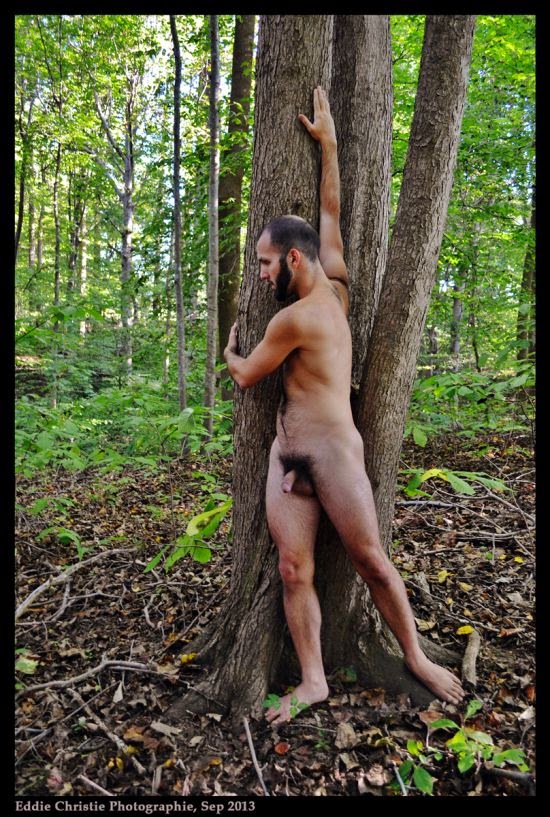 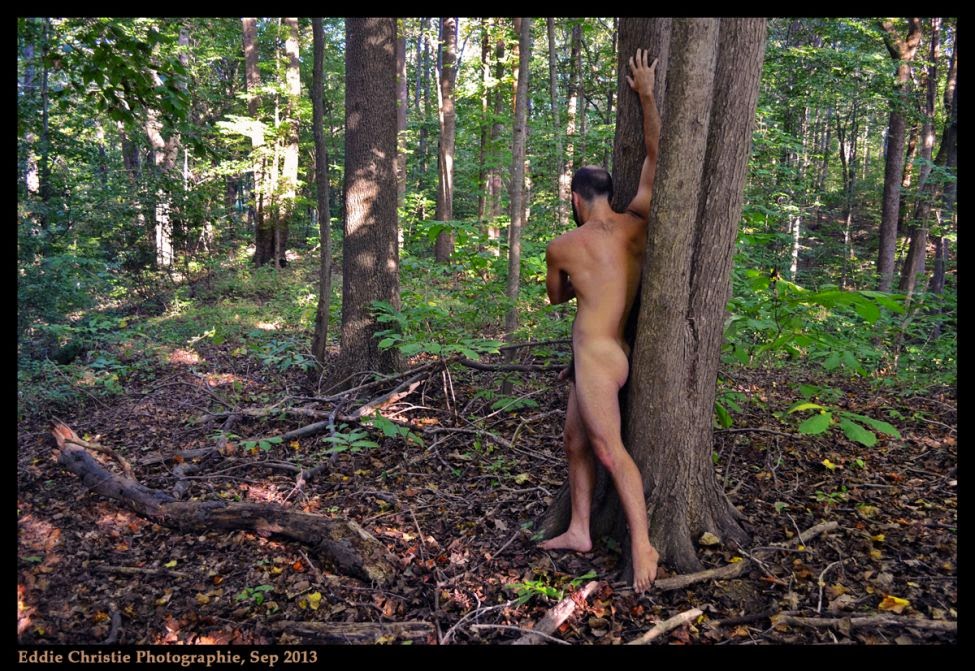 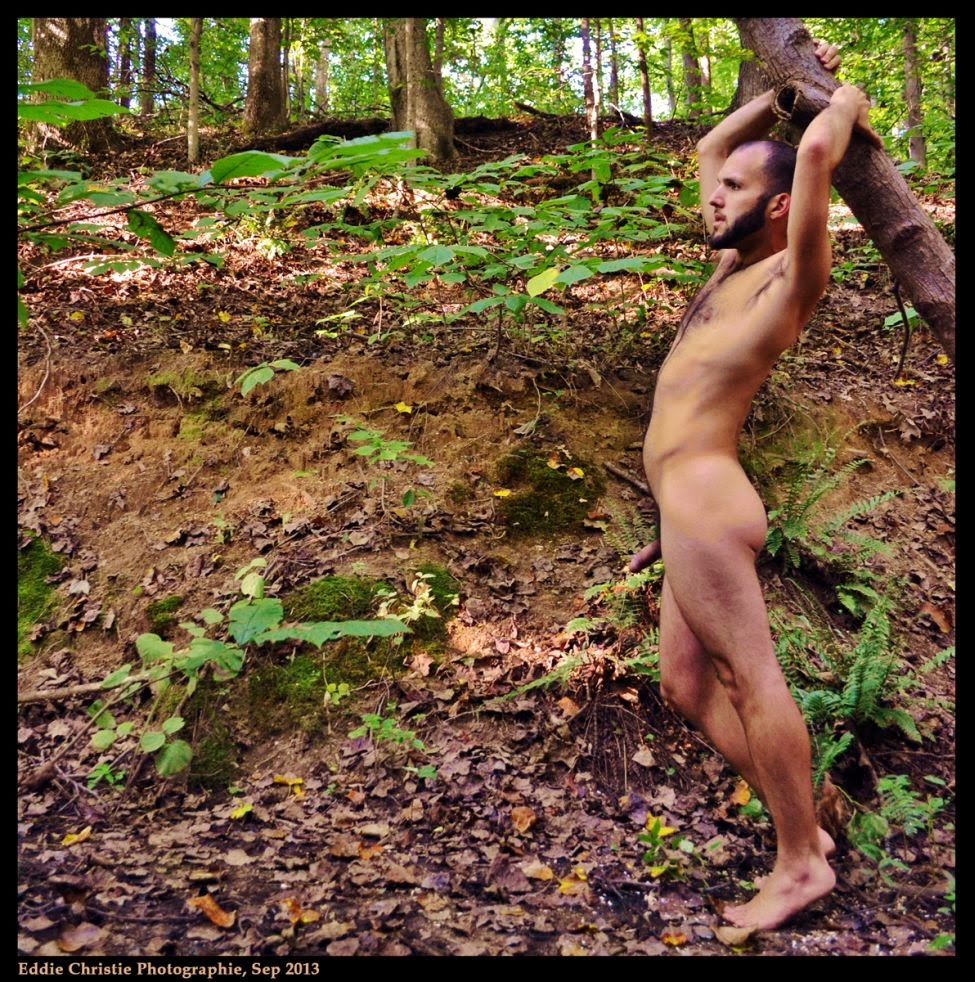 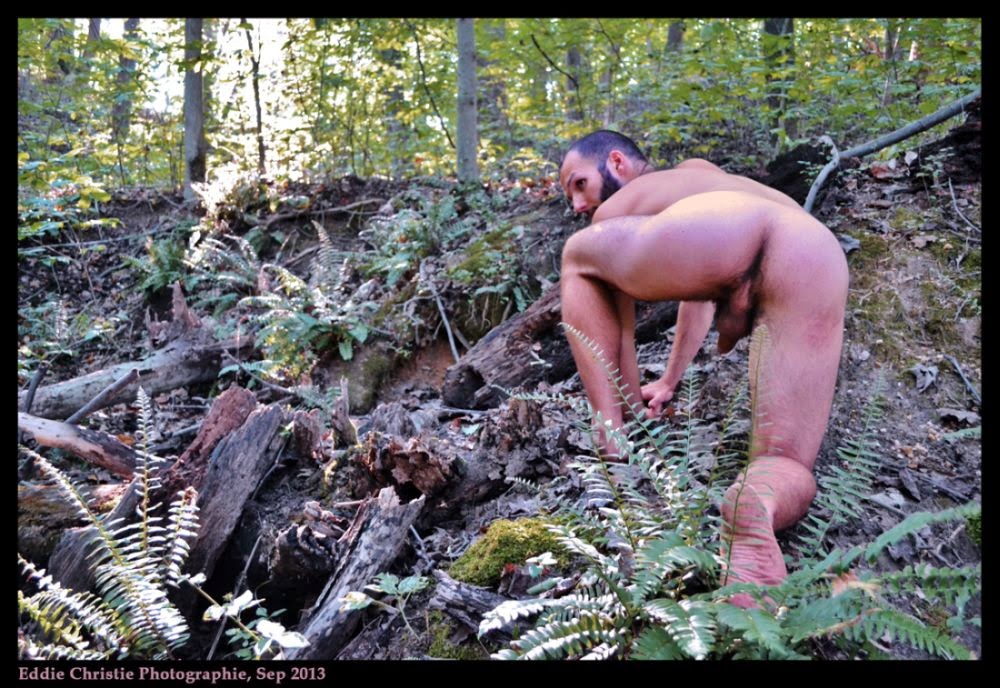 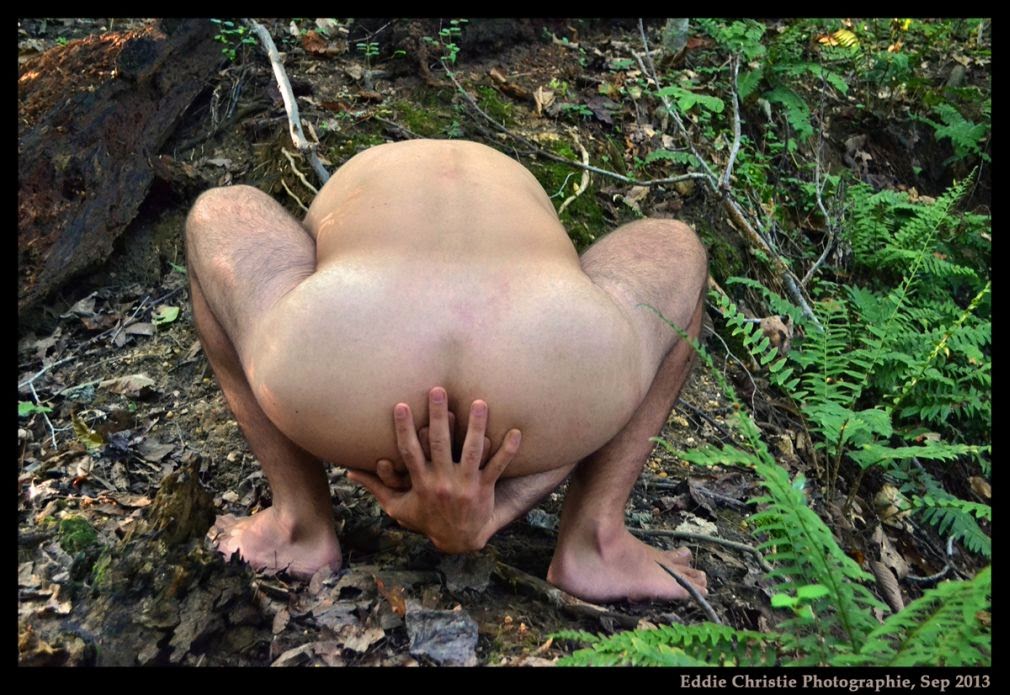