Favorite Pic of the Day for December 2nd 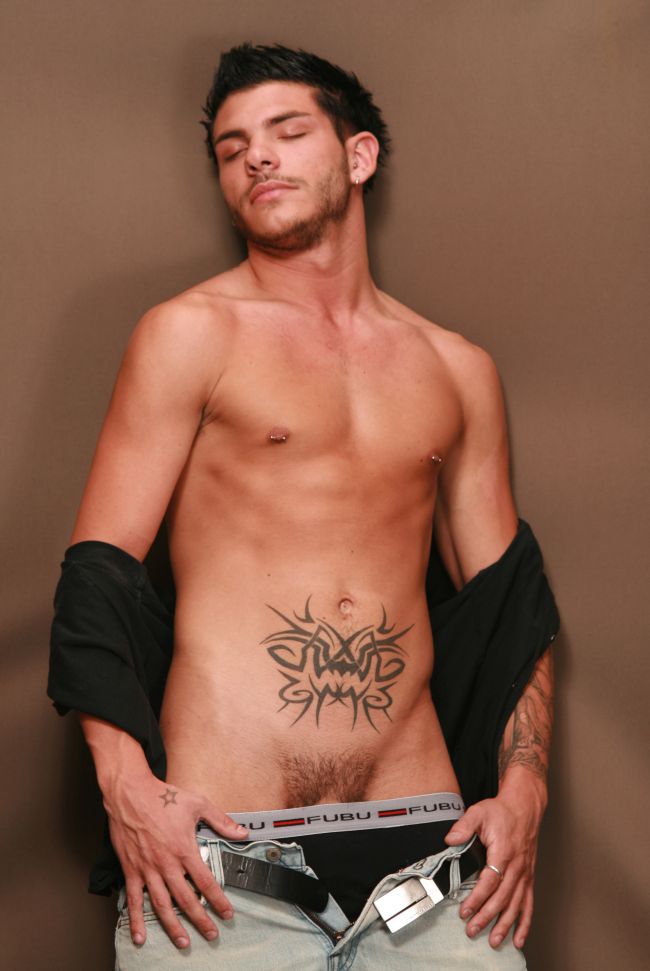 Above:
Tristan by Steve Jerome
-See More Below-
~Check out today's BIRTHDAYS HERE:~
at December 01, 2021 No comments: 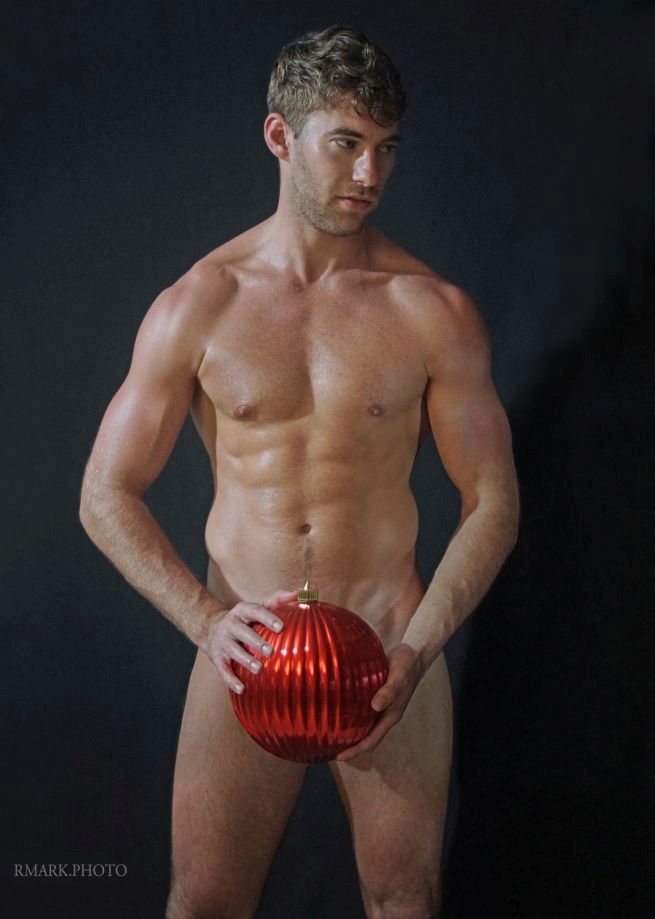 Now that's officially December, my holiday postings can begin!  I've been fortunate to be able to share the work of RMark Photography on many different holidays over the last few years  I've featured Roger's work on Halloween, Graduation Day, July 4th, and Christmas.

Over the past several years, Roger has shot some of many of his models and their seasonal, and sizable... balls.   I'll be featuring some of my favorites as FH counts down to Christmas! We begin today with the handsome Max.  You can check out my previous pieces featuring Roger's work with Max HERE: & HERE:.

He Kissed A Boy And He Liked It... 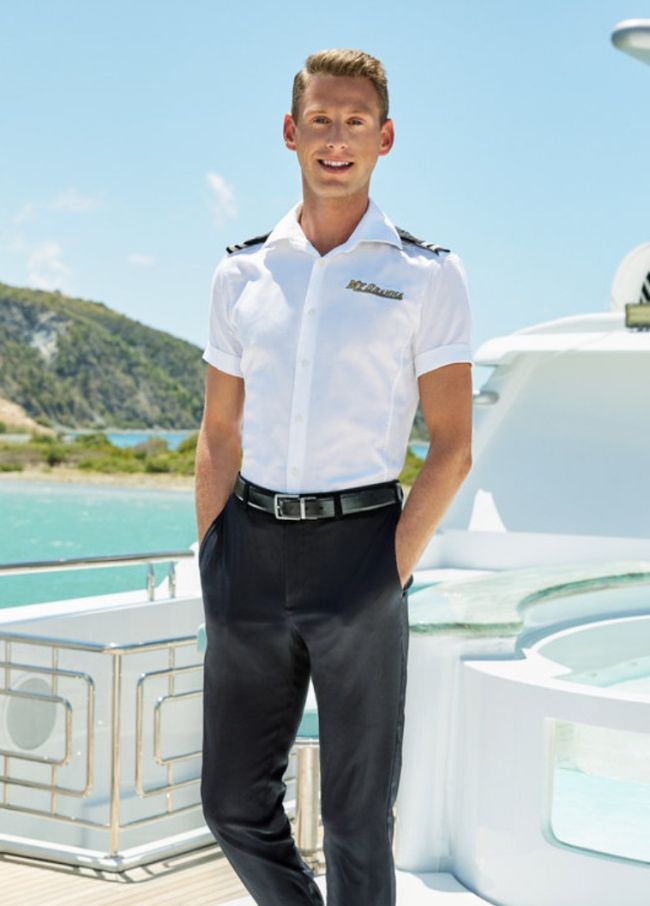 'He's a full blown man-whore, but that doesn't affect me. I'm straight, and I'm gay. I'm not stupid.'
Fraser
Jake 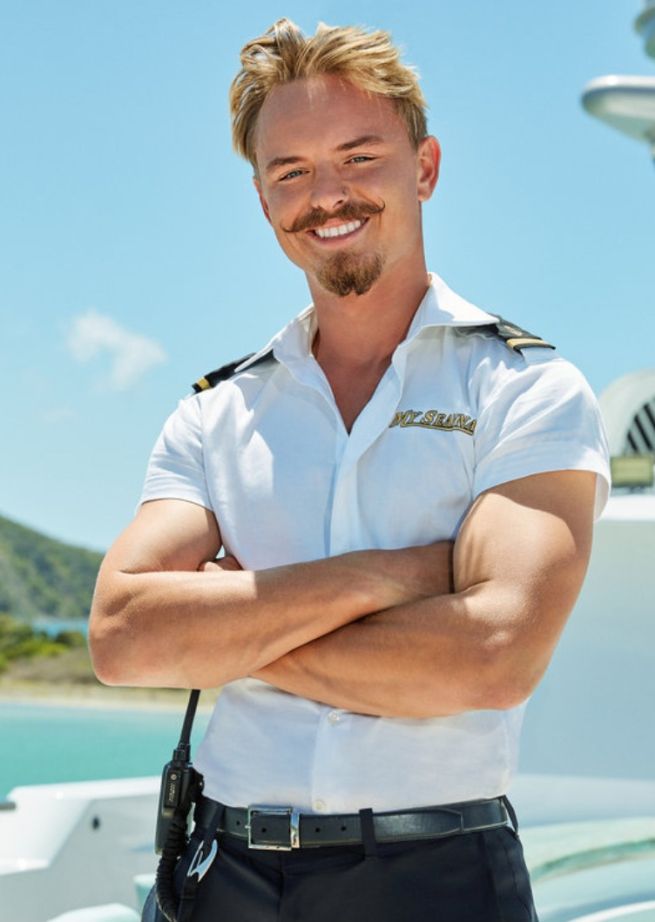 Although Below Deck has been on for many years, I only started watching this past year.  Since I first discovered the Bravo reality show, I've been covering, and uncovering, some of my favorite deck hands and stewards. (HERE:)  Although I haven't quite finished getting caught up, I couldn't resist recently starting out the current season that's airing. 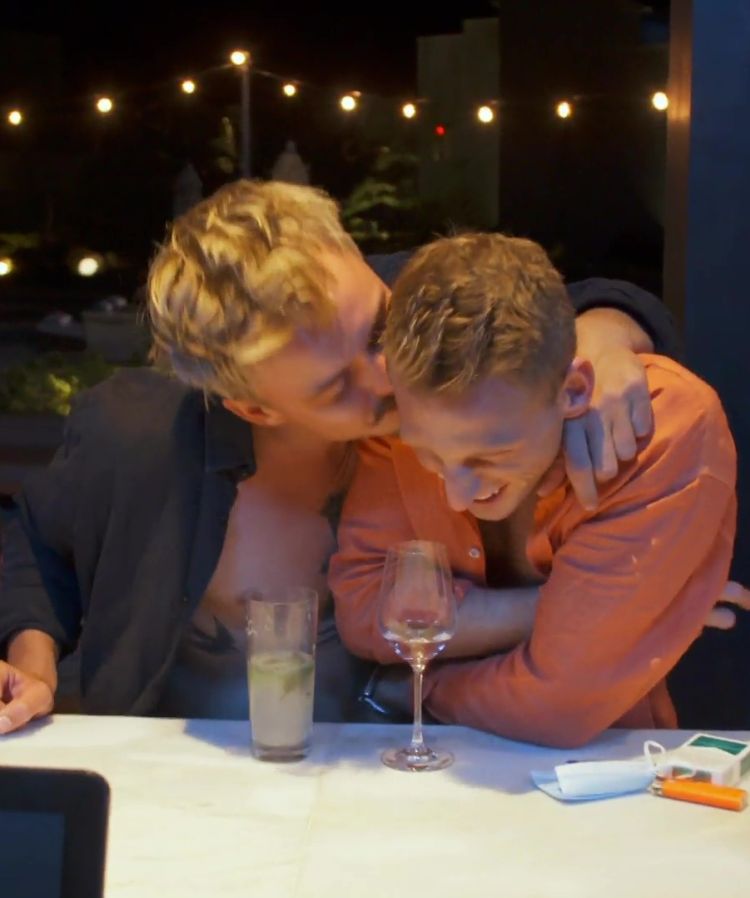 One of the best parts of his current season is watching the relationship, bromance, hook-up between Second Steward Fraser Olender and Lead deck hand Jake Foulger.   Fraser is gay and Jake identifies as straight and together they're a lot of fun to watch.  Fraser has a wee crush, something I can fully understand.  I never thought I'd crush over a guy with an overly large chest tattoo and sporting a curly villain mustache, but Jake is sexy as hell with an undeniable appeal. 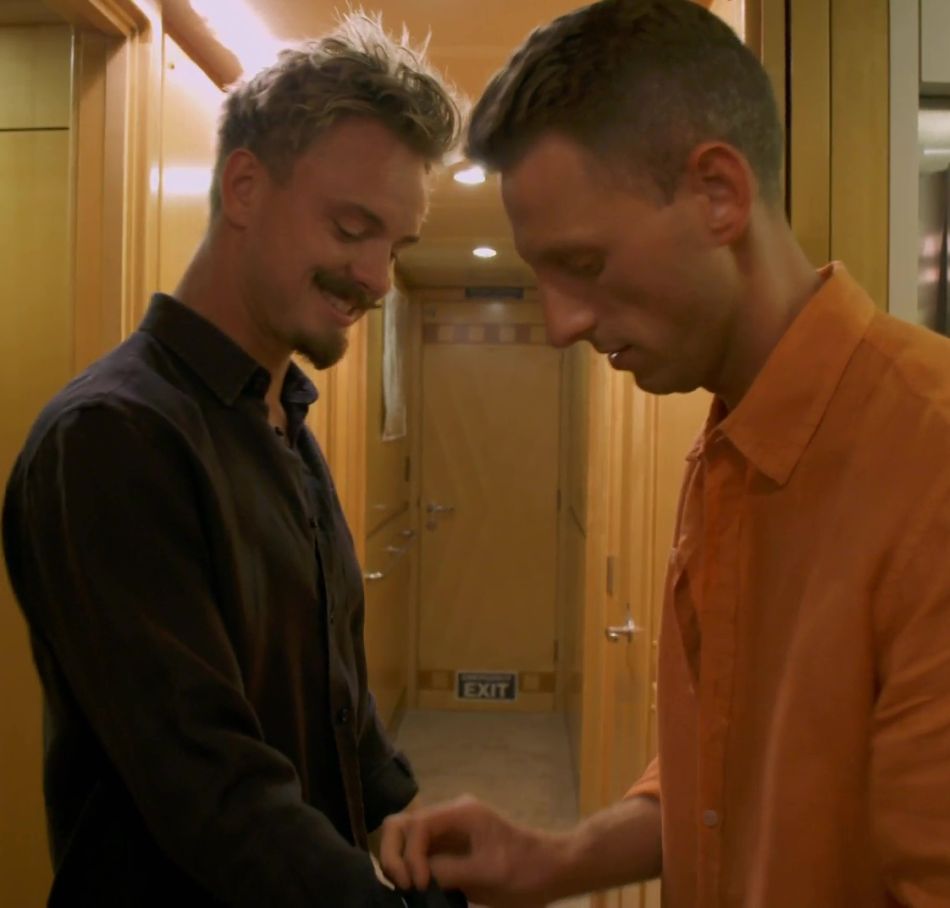 The kiss that he liked occurred at the end this week's episode and was motivated by a dare.  I'm guessing it will be blown-over next week, simply the result of a night of drinking.  I'll tell you one ting, I'd give anything for the cell phone footage many of the crew was taking of Jake's strip and skinny dip.  Fraser joined him of course, but kept his undies on. 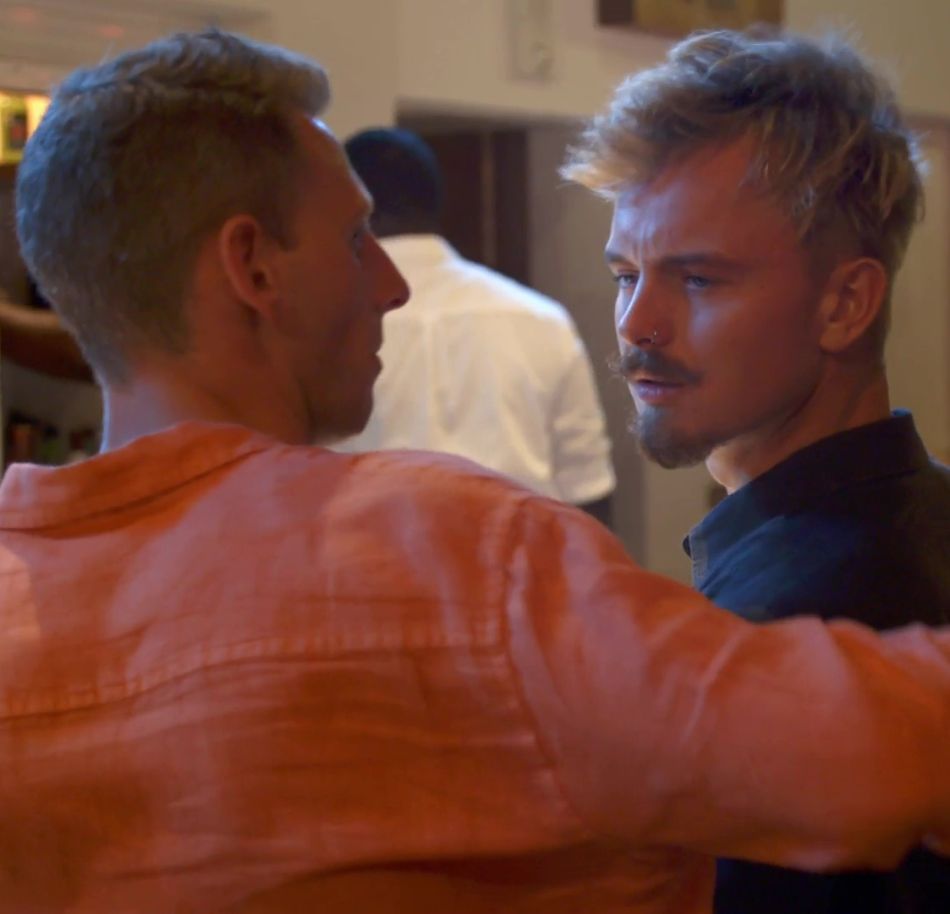 Jake has stripped down quite a bit the last few episodes, exposing a great butt, and plenty of frontals, unfortunately blurred by Bravo.  Check out images, and a video of his bar strip and skinny dip on the NEXT PAGE HERE:  I'll bet if you don't watch, you too will be crushing over the villain mustache sporting man-whore! 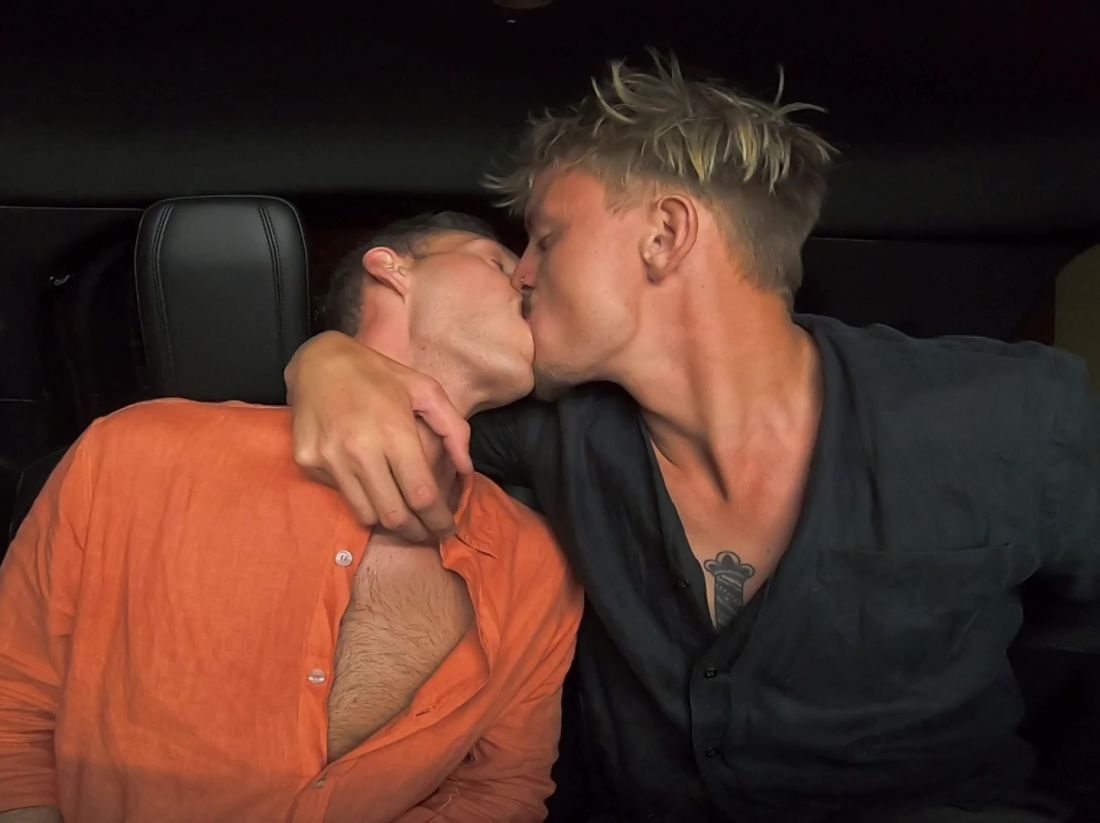 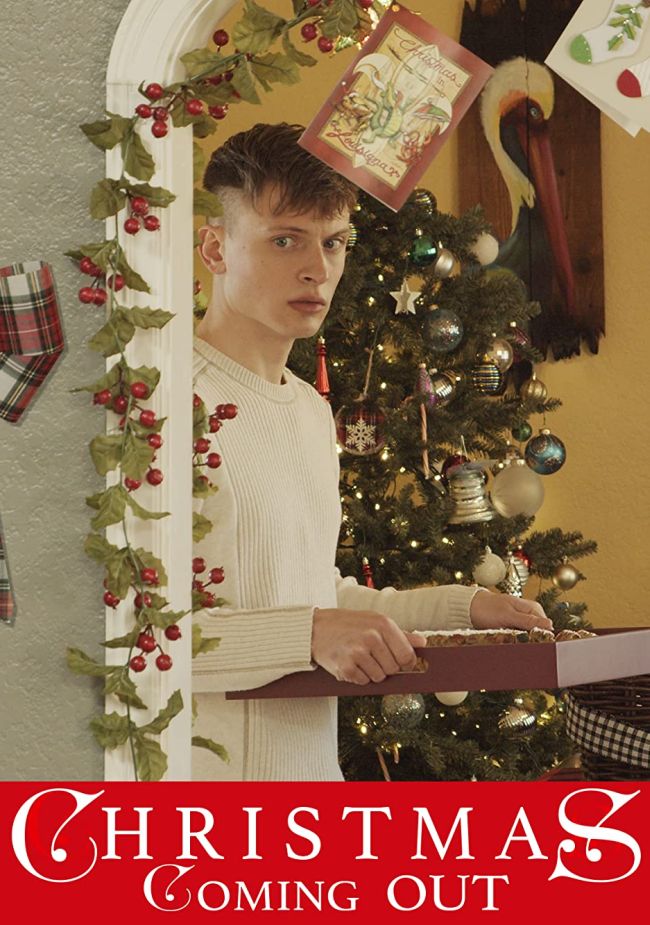 ' An action figure from a young gay man's Christmas Past comes to life to help him find the courage he needs to come out.' 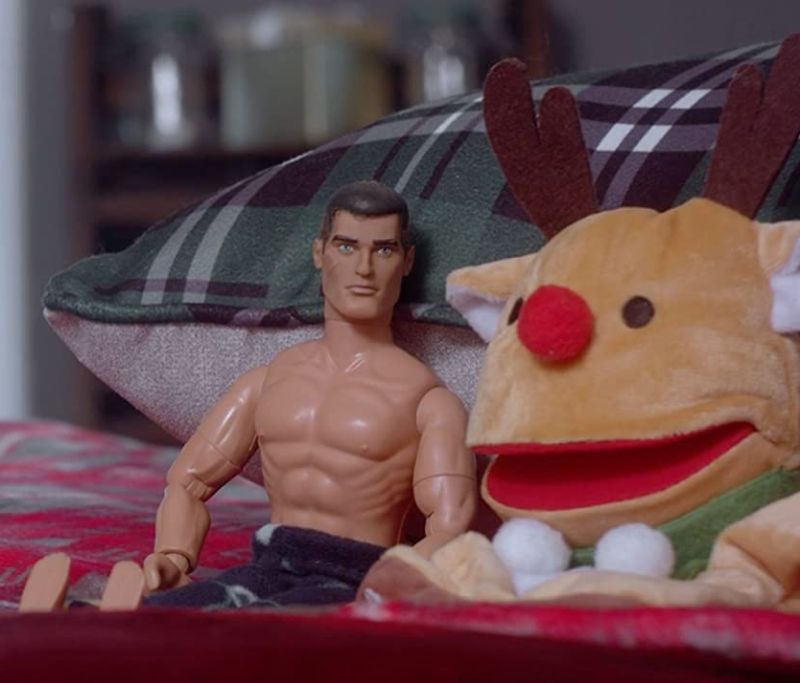 There aren't a lot of Christmas coming out stories, and there should be.  Holidays bring family together, and the tension often erupts.  No better time than to freak out Aunt Bertha as she chomps down on another chocolate cherry. 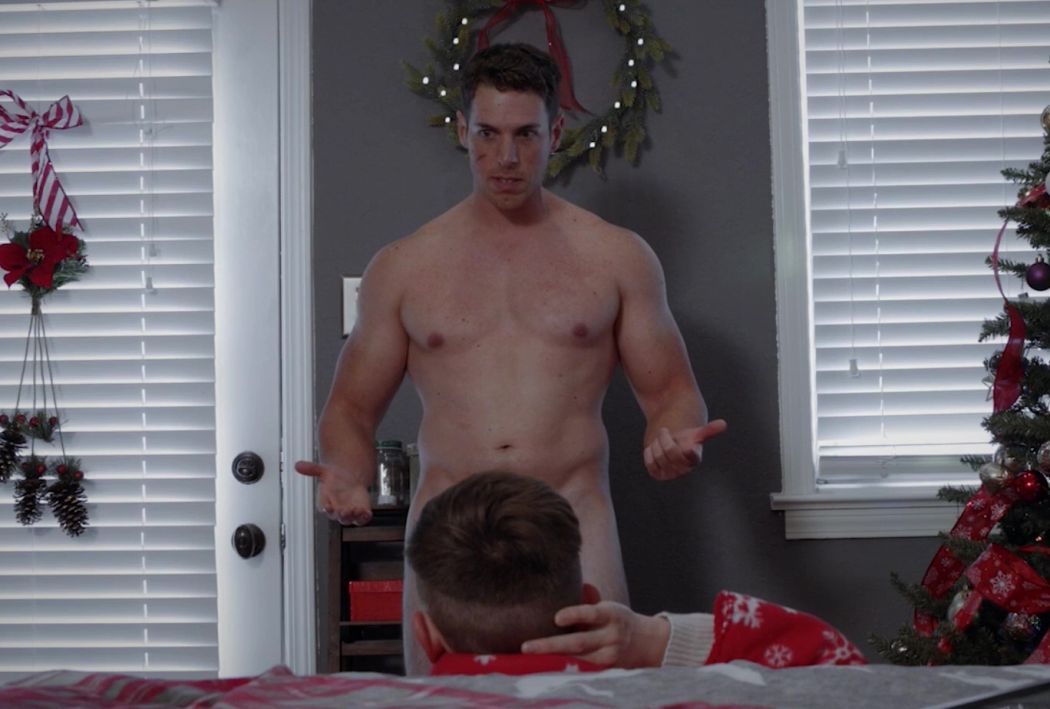 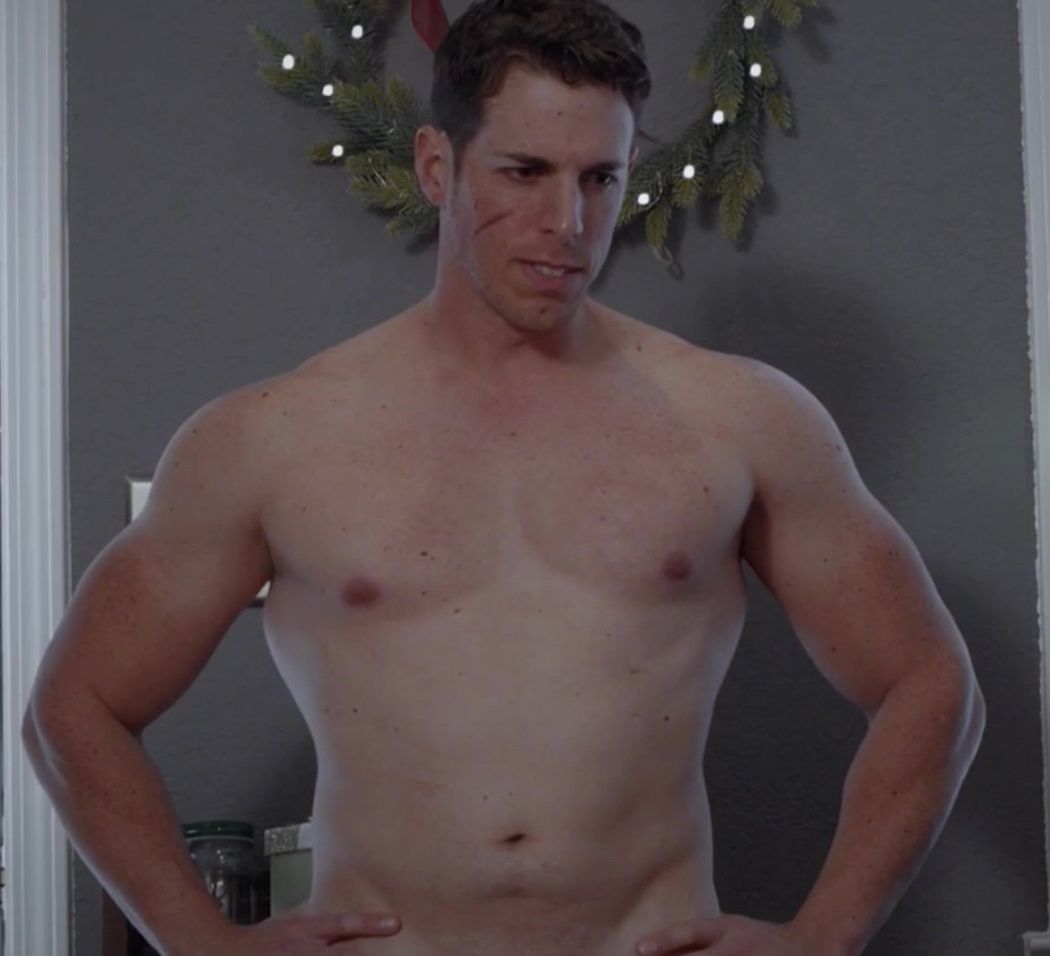 Written by Armand Petri and directed by Art Arutyunyan , the new short film Christmas Coming Out truly makes sure the yuletide's gay.  I love that that our main character is helped by an action figure, something so synonymous with Christmas.  I loved the smell of new plastic on Christmas morning, and loved getting action figures.  As a gay kid in the closet, they were the closest thing to dolls that were safe to play with.  I know I'm not the only one who put a Kleenex on a G.I Joe to make long flowing blonde hair.  Thanks to Michael Andrews73a for the clip! 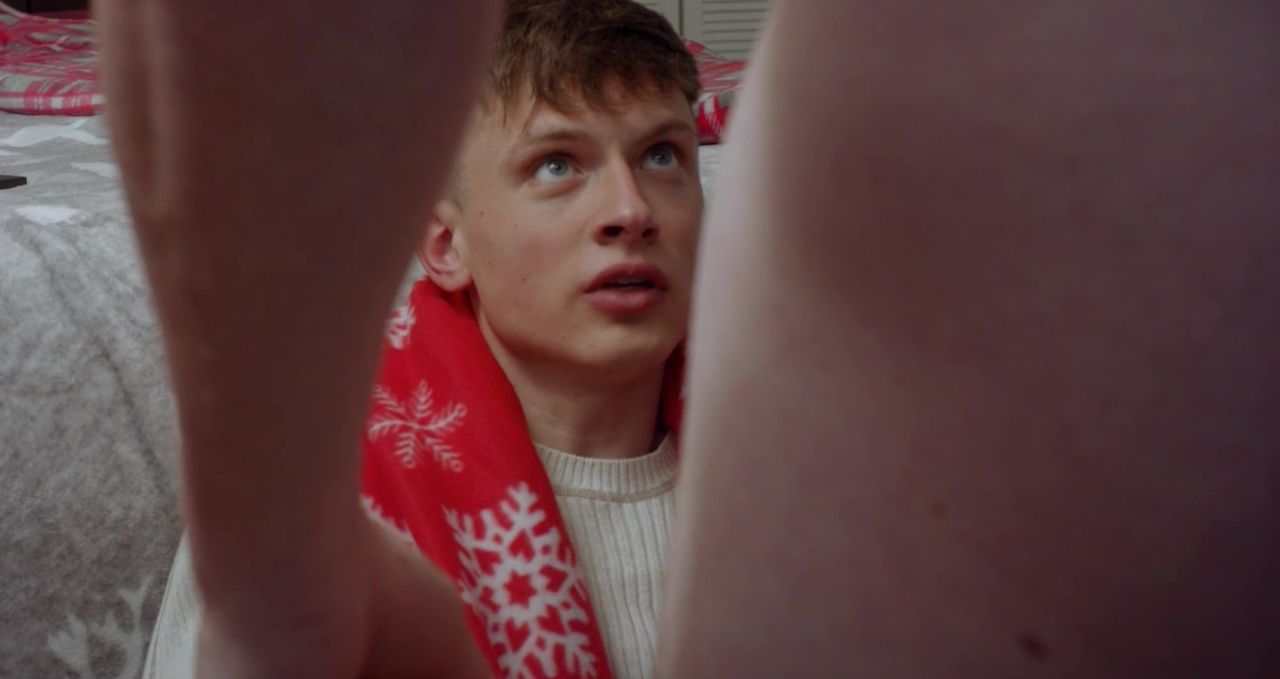 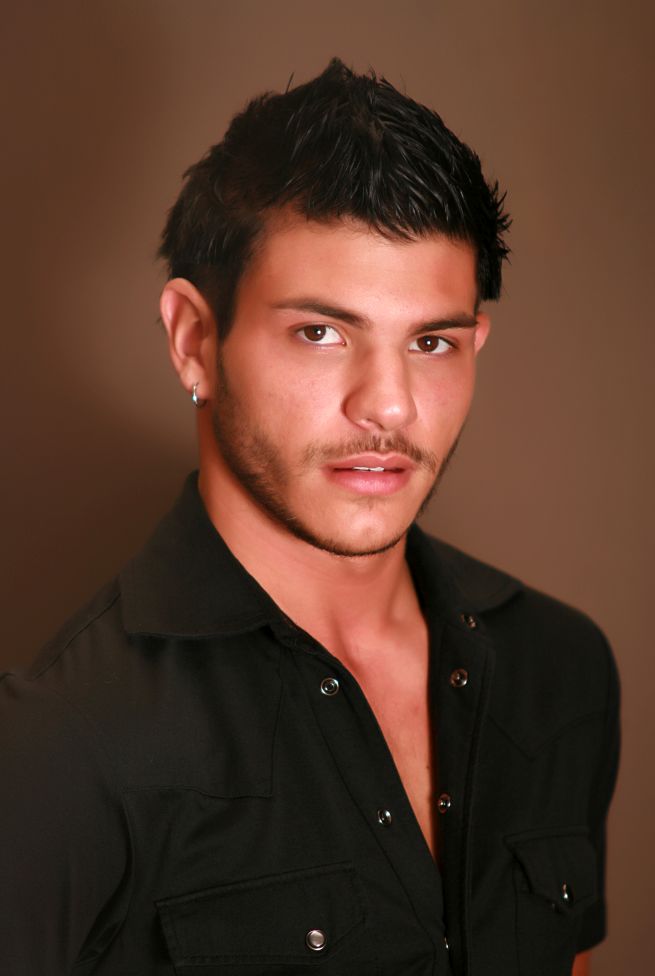 . 'Tristan was totally comfortable with it from the start.'
Steve Jerome 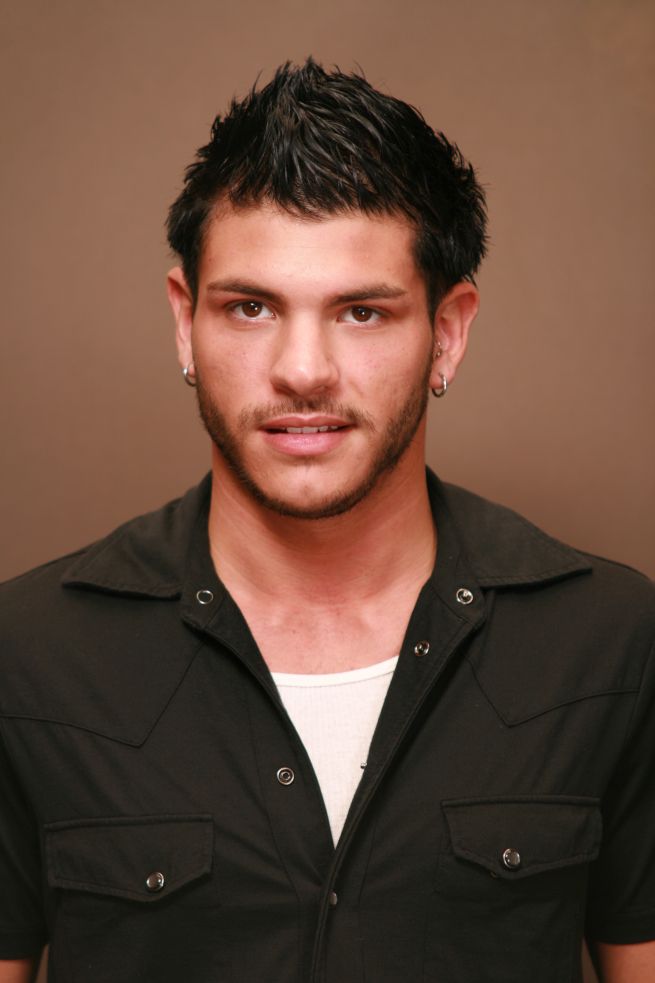 I often discuss how it' usually a single image that draws my interest and motivates me to want to see more.  That image, nine times out of ten, is usually a portrait or face shot.  As many beautiful bodies as I've uncovered on the site, many shot by photographer Steve Jerome, my interest is usually piqued by a model's face.  In the case of Tristan, it was the shot above. 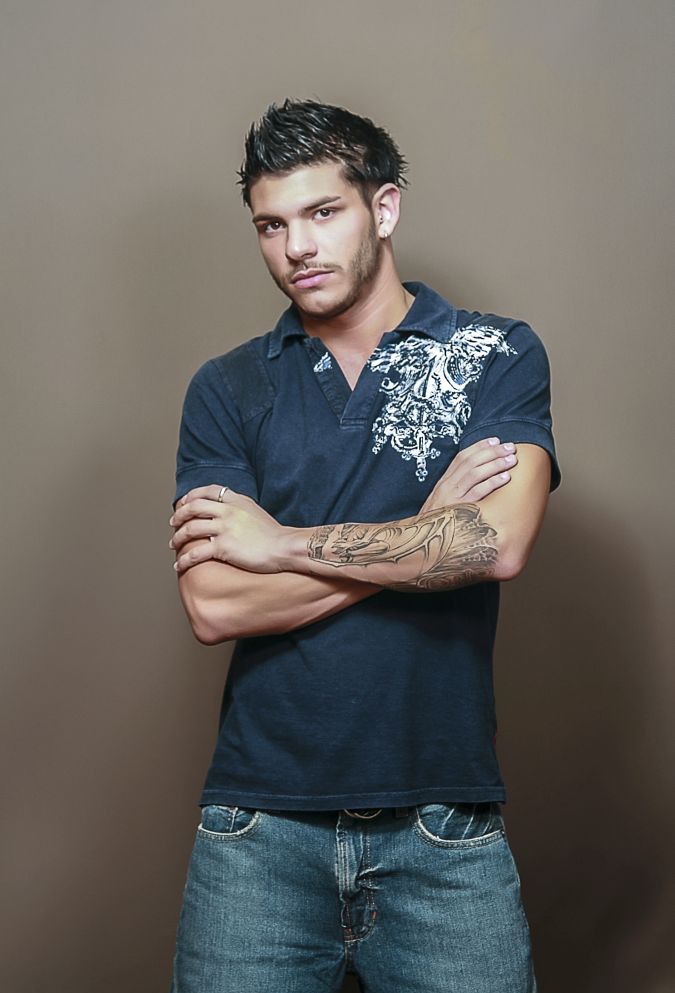 I was scrolling through the many folders on Steve's Bentbox site when I saw the image of Tristan.  The folder was titled 'Young Showoff'  and I certainly wanted to see more.  I had no idea what Tristan looked like from the neck down, nor did I really care.  That face had me quickly getting in touch with Steve about seeing more, and featuring his work with Tristan on the site. 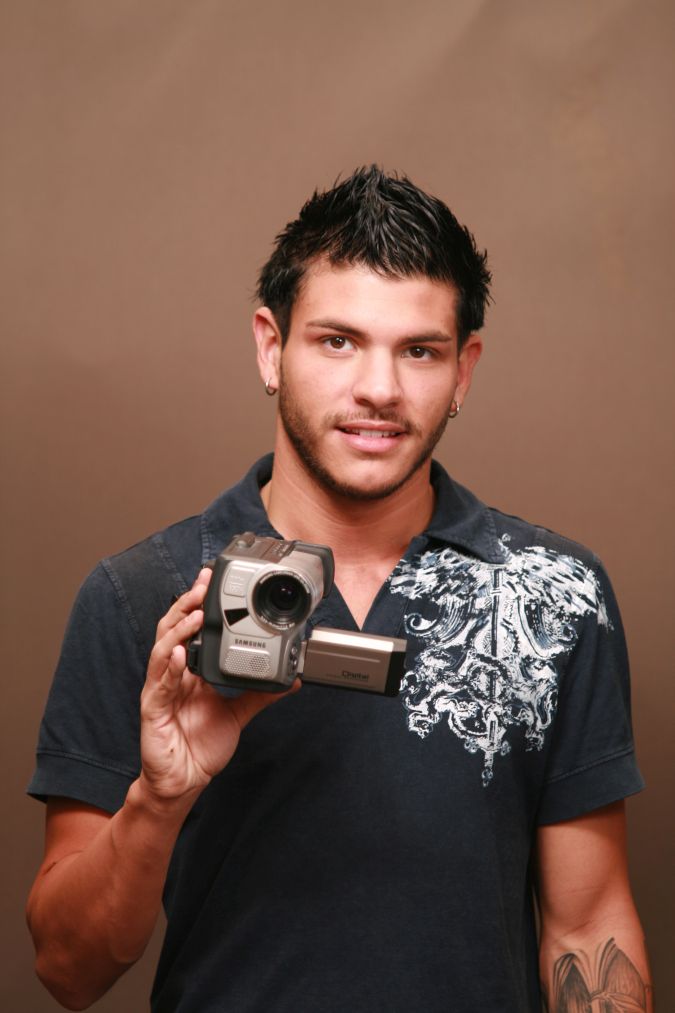 If you haven't heard of Bentbox, be sure to check out Steve's page.  Unlike most sites, that charge a recurring monthly payment, on Bentbox, you can just purchase the images of the model that you like.  A one time payment for the full model of the model you choose.  Tristan wasn't the only model who's cover photo had me wanting to see more and Steve sent on a few other of my favorites that I'll be featuring in the future. 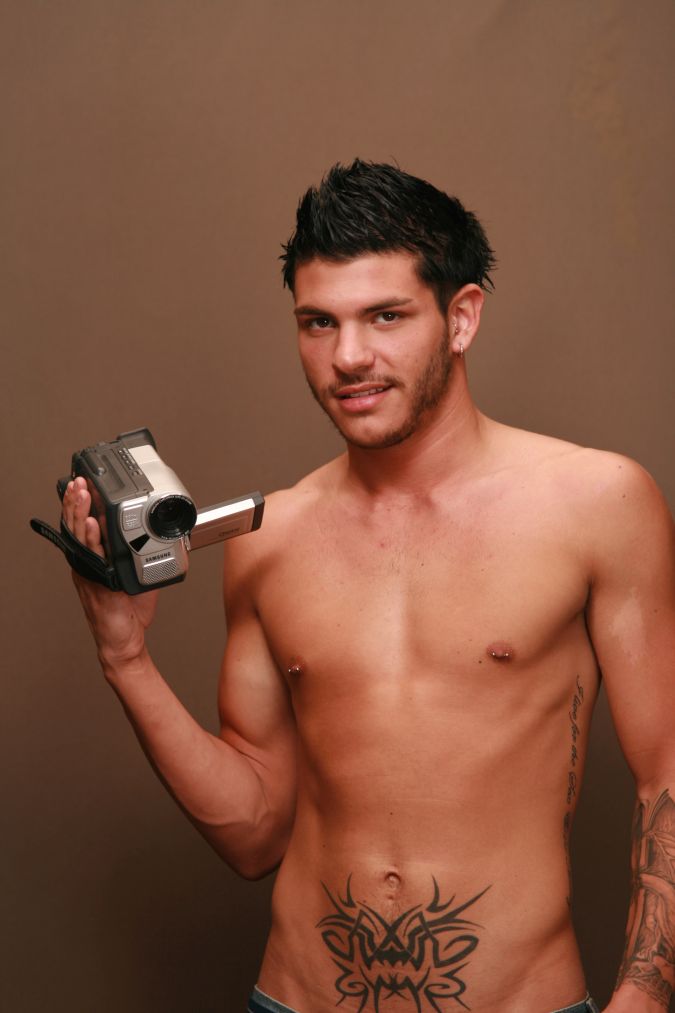 'I'm always interested in outlets to show my work, and being able to sell photo sets was very attractive to me. I now have more than 110 sets (boxes) on the site. Some have a handful of photos; others have several dozen images. Boxes are priced based on how much content there is.  Tristan's folder has 33 images in his set. ' 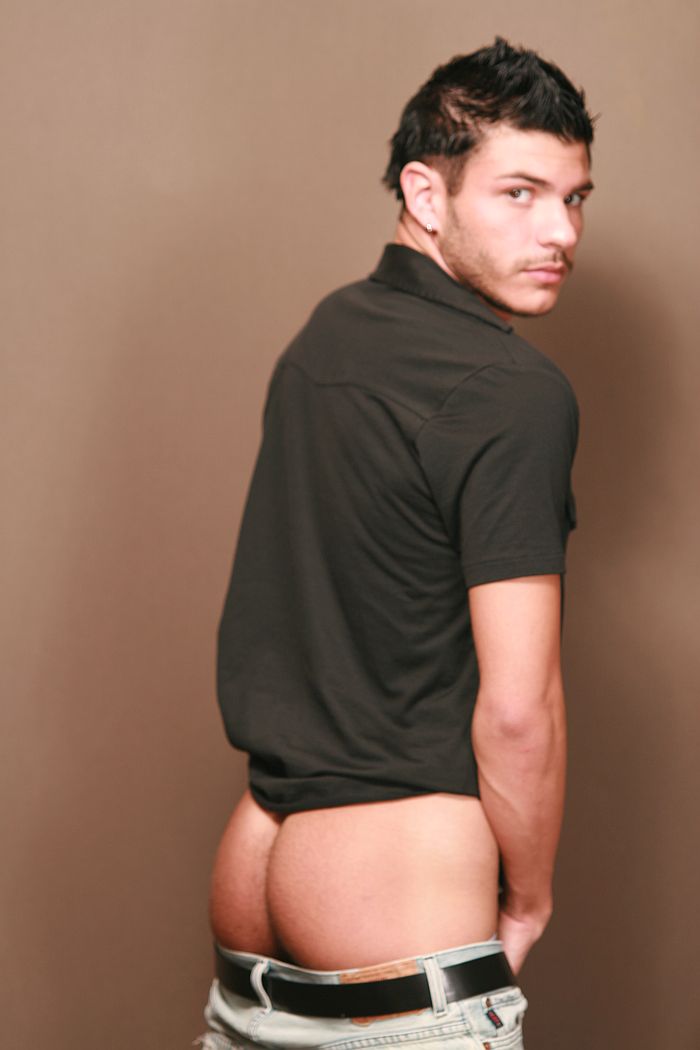 I've always been drawn to the way Steve captures the male form, and although it was his face that initially grabbed my attention, the rest of him most certainly doesn't disappoint!  Some of you may have seen Tristan Matthews face and body before. Tristan's been working in the adult film industry for over seven years.  It wasn't his work in film however, that first brought he and Steve together, it wasn't his modeling either. 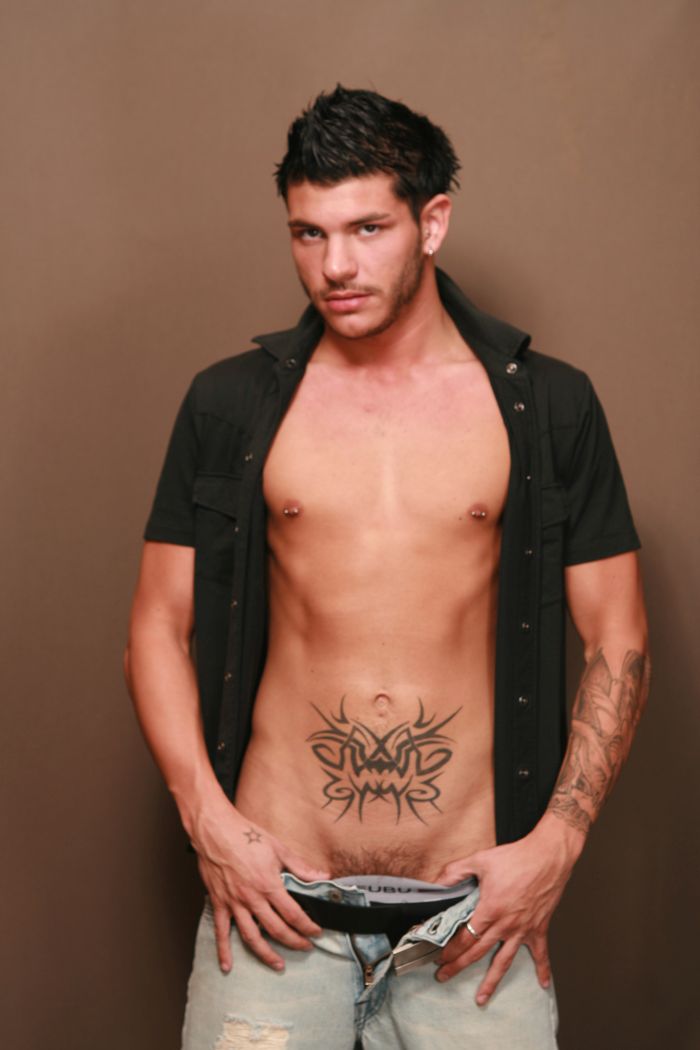 Steve working on a shoot, but Tristan wasn't one of the models.  Tristan was hired by the L.A. company as a helper, assisting with the setup for the shoot.  Steve was first struck by Tristan's masculine looks, but it wasn't Steve who first first brought up a possible collaboration. Tristan likes to chat, and during the shoot he brought up having posed nude before and asked about working with Steve.  Not surprisingly, Steve responded favorably and a date for a shoot was quickly planned. 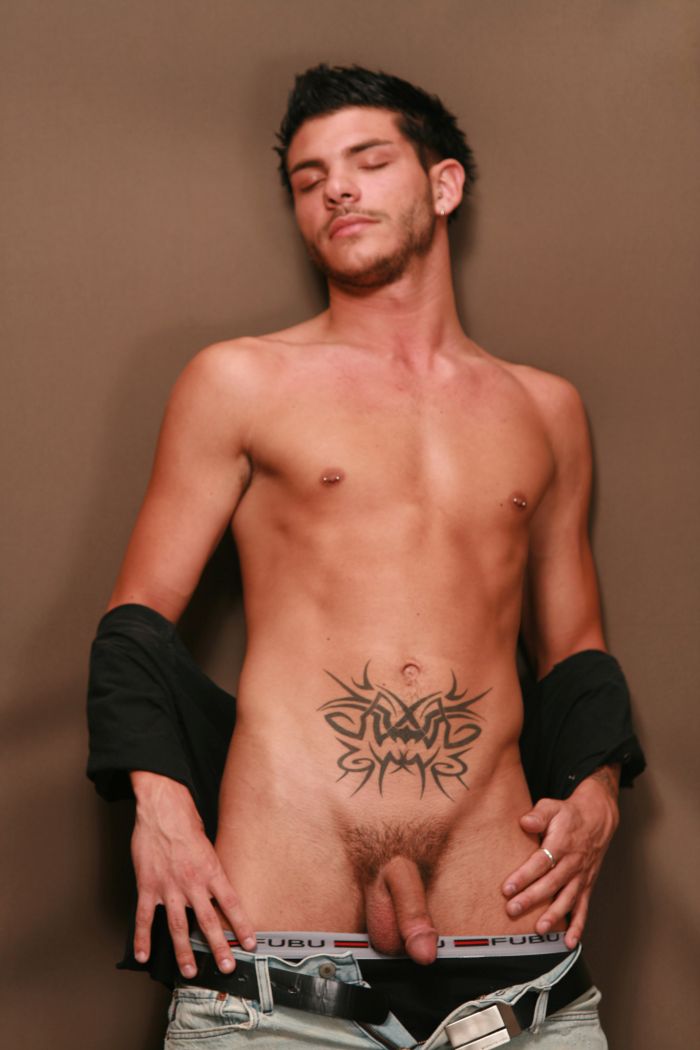 'The nice thing about Tristan's shoot was how comfortable he was from the very beginning. He was easy to direct, and he also had a few ideas of his own...' 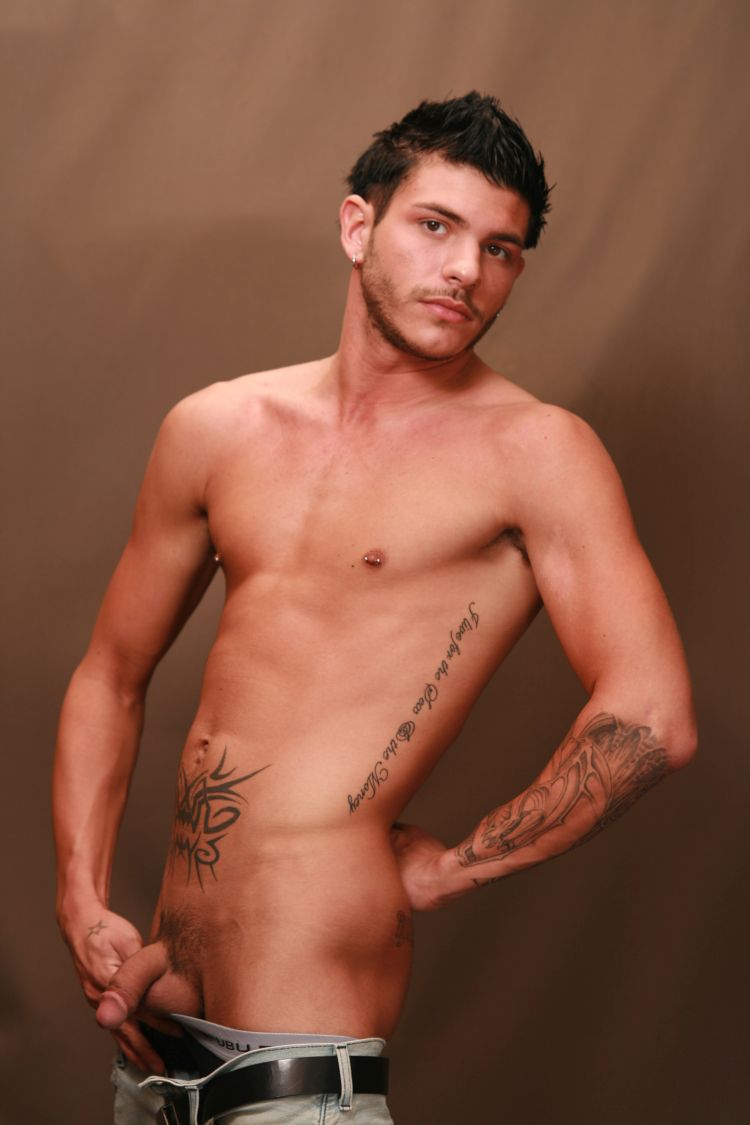 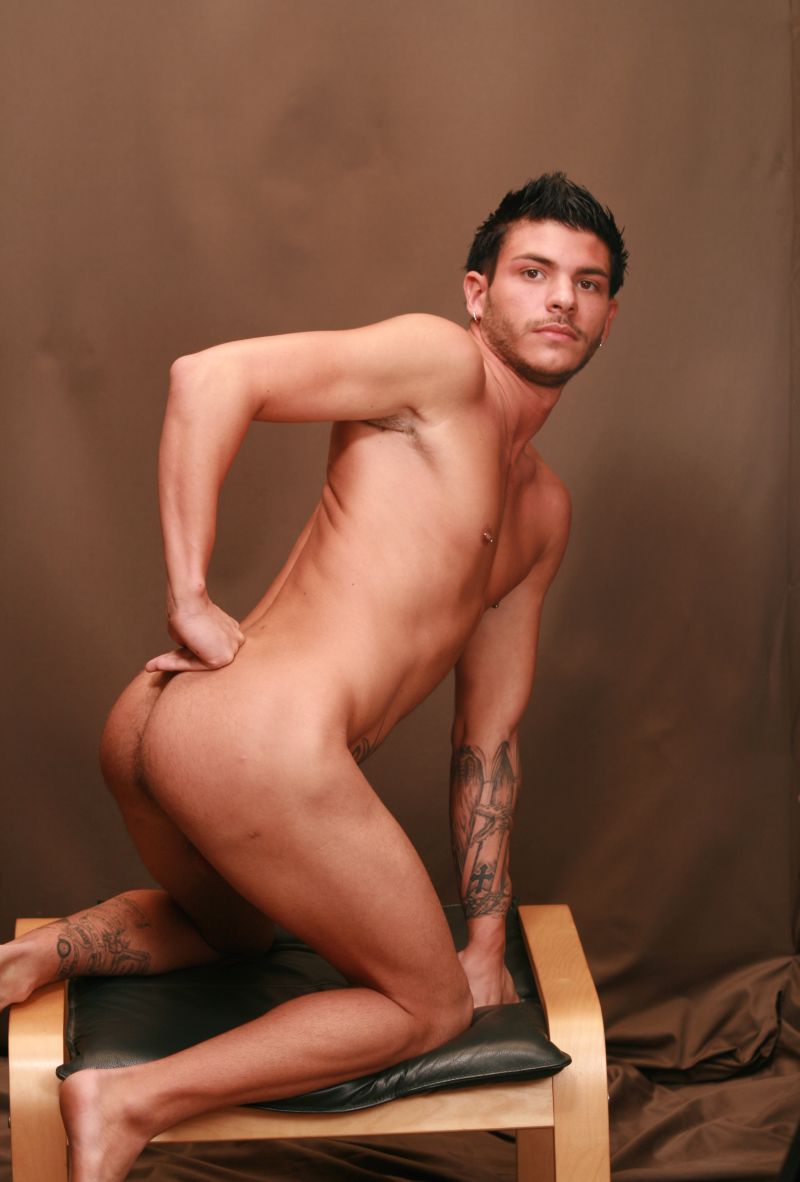