The Photography of Kraizie Kat 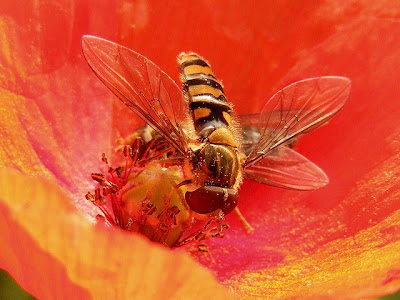 Call me crazy but when I saw the shot above on Kraizie Kat's flickr page I instantly found my connection. I always try to find a connection to theme the profiles I put together about artists I respect and admire. It is usually either a connection between the photographer and subject, myself and the work, or some other way of putting into words what is observed within the photos I include in each post.

The first work of photographer Kraizie Kat that I saw was the shot below of Gus in the tree. Through Kraizie's lens, Gus did not look like a model placed in a location, he looked like a natural part of his surroundings. I felt Kraizie's eye and affinity for not just the beauty of man, but the beauty of nature. Kraizie Kat is truly a master at blending model and environment. 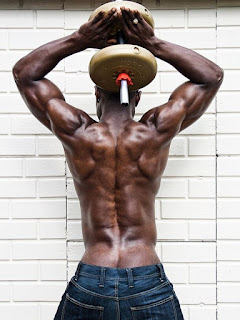 When I saw Kraizie's Flickr page the connection was complete. Kraizie shoots his human models with the same eye, the same sensibility and attention to detail he shoots flowers, insects and any natural form. The hoverfly (in the top photo above). perfectly symbolized the connection between artist and subject as like the hoverfly, Kraizie spends his days hovering, in this case with a camera, close to things of great beauty.

I encourage you to spend some time on both Kraizie Kat's MM and Flickr pages. When viewing both the symmetry between beautiful yet diverse subjects is extraordinary. 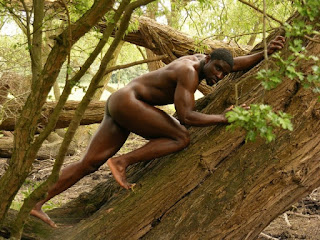 'I was constantly drawing as a child, by the time I reached my teens I was already highly skilled with it and was pretty much self taught. I have always had a fascination with beauty in its many forms, and thus many of my drawings were attempts at capturing and keeping what I saw, beautiful faces and beautiful forms, as well as creating something new.' 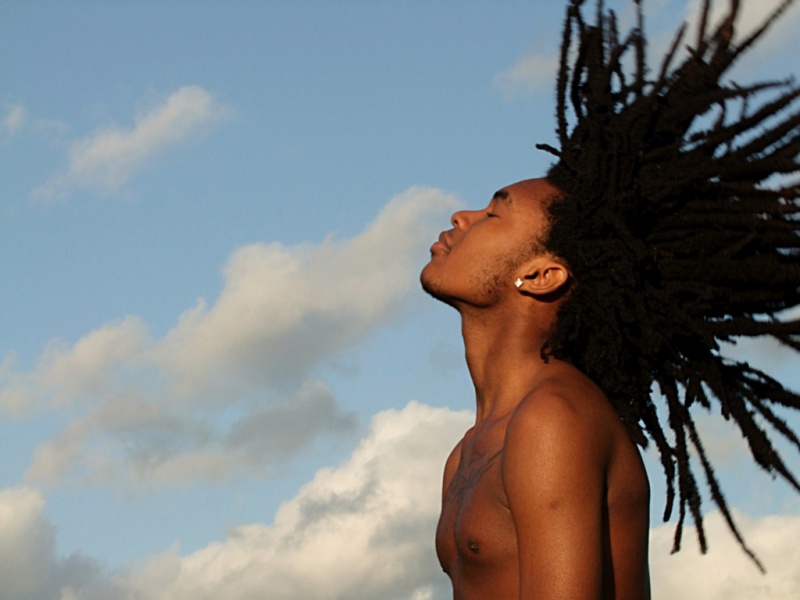 'I got started photographing people when a new friend wanted to pay me to take his pictures after seeing the pictures I had taken with the point and shoot I had at the time. The photography then started a life of its own. I have hardly had time to draw since, but one of these days I hope to put pencil to paper again while the camera is packed away.' 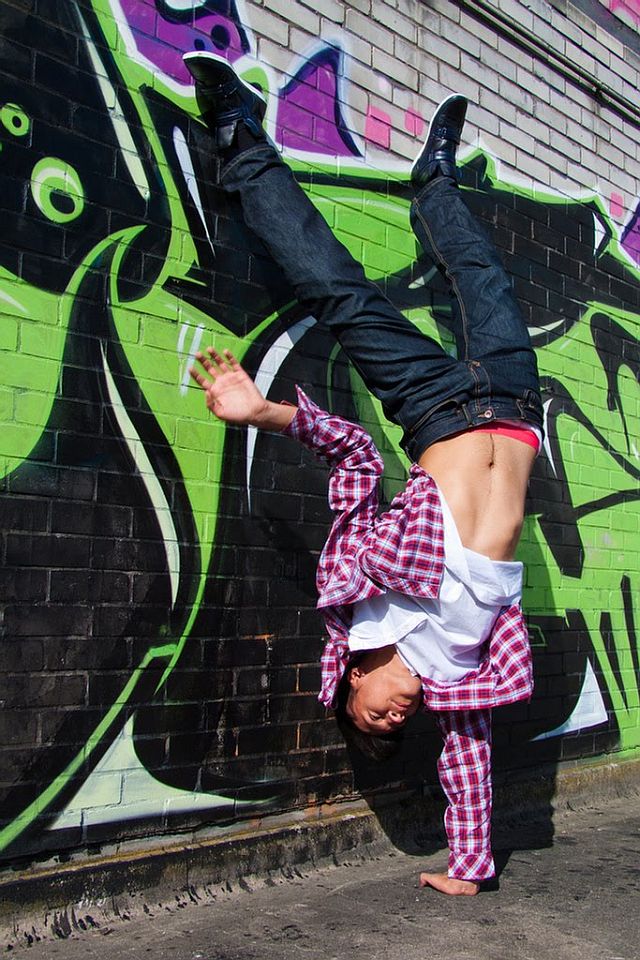 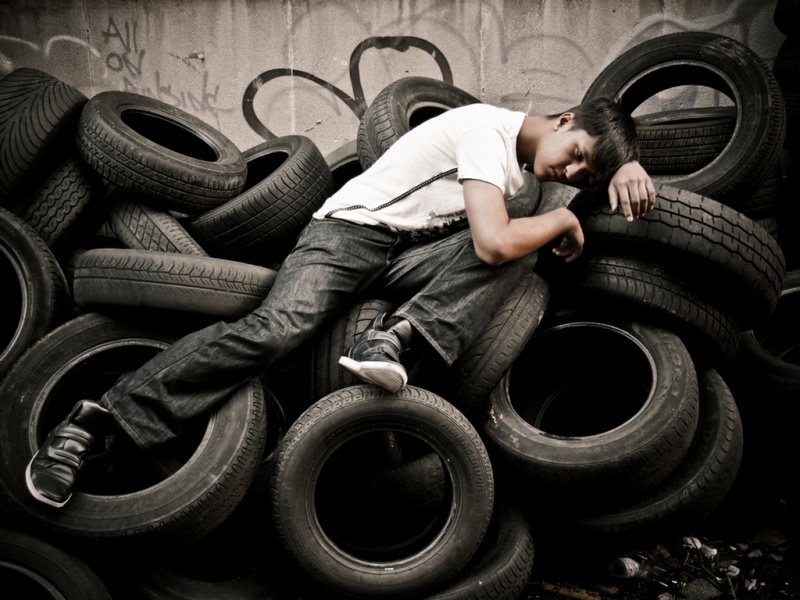 'Outdoor shoots to me represent endless possibilities to be creative with the light and the environment, I love the juxtaposition of an English nature scene with a model of colour, the weather in the UK however only allows for limited periods of time in the year to be shooting outside without very much clothes, but I have been fortunate to have had models like Adonis (below), who is extremely motivated and dedicated, our first shoot was outdoors at the end of autumn (pic with umbrella). This brings me nicely to a very important point, all these pictures would not have been possible without all the great models who have endured the elements for us, so I hope I've done them all justice!'

Next two shots of Adonis OHoli 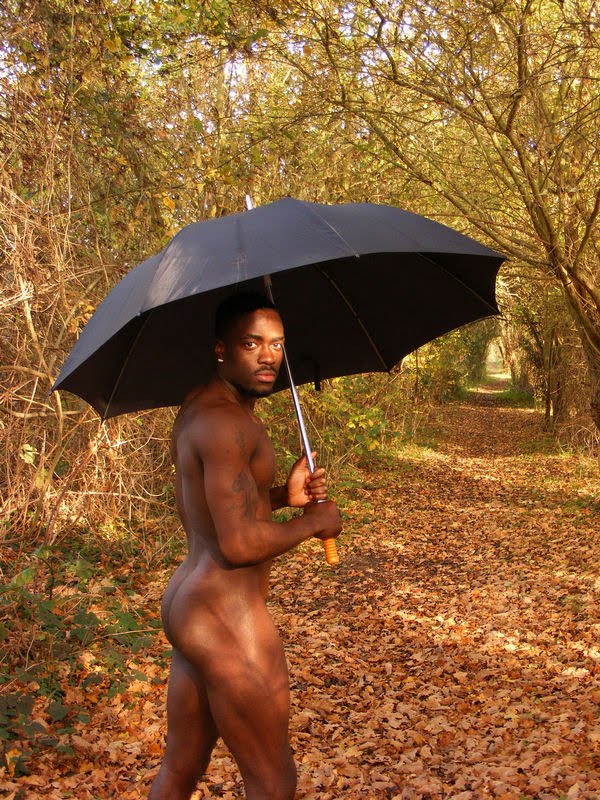 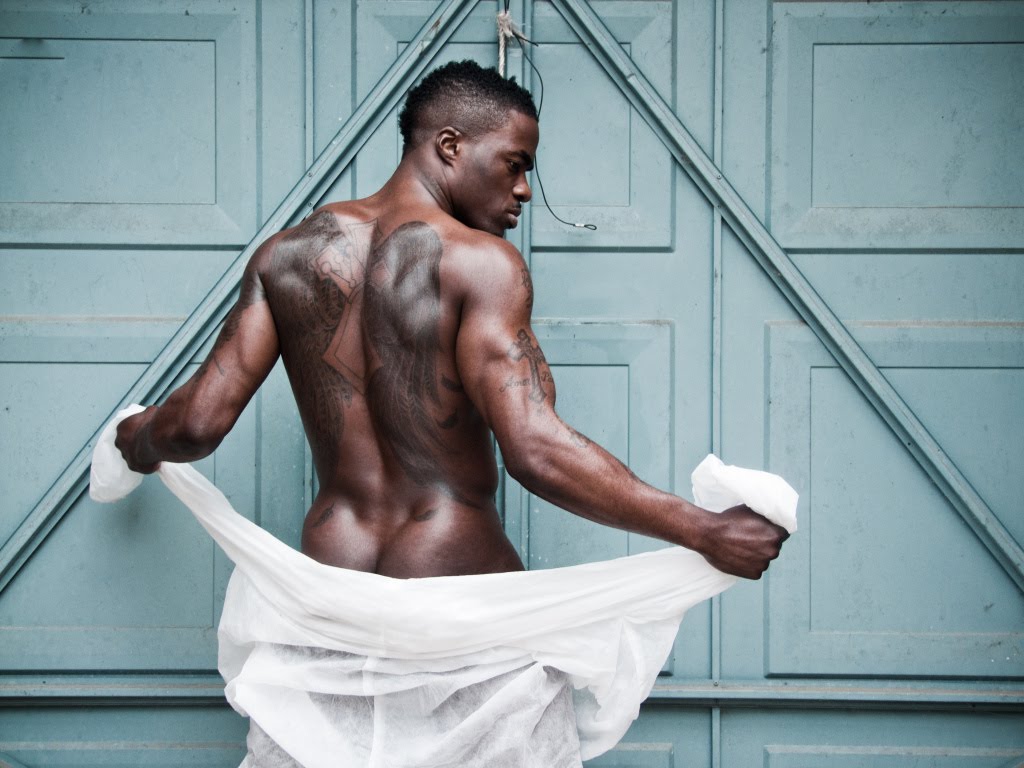 'So my most general 'rule' for anything I shoot, regardless whether it is purely for the sake of art, or with a meaning or message, or for whatever genre of photography (flowers, trees, or a hot model, the motivation comes from the same source for me), is that it has to be beautiful, that intrinsic quality that may be conveyed by shapes, forms, colours, arrangements, lighting and so on. It is something I usually see instantly while shooting or editing.' 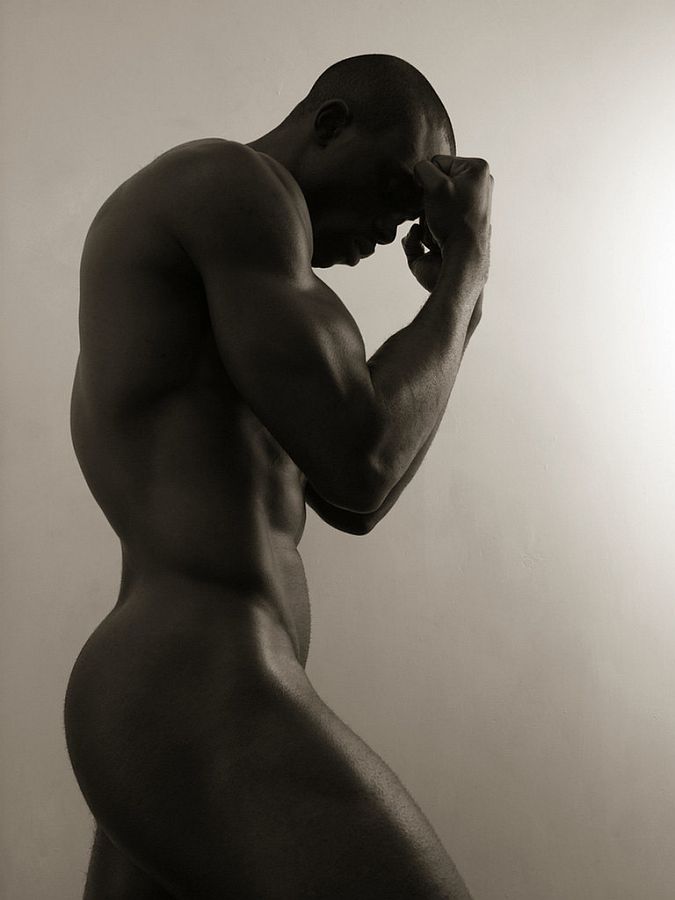 'Sometimes I have certain pictures in mind prior to the shoot, but often, especially when shooting outdoors, I will shoot making the best use of the lighting situation and available background and how it works with the model. While there were occasions that I visited a shooting location to note the lighting and possibilities, usually I will get ideas on the spot, and sometimes bounce off ideas with the model. Every model has a different look and body shape, 'flow of form', proportions, vibe, and so on, I would do my best to make it all work, as such no two models are ever shot exactly the same way.' 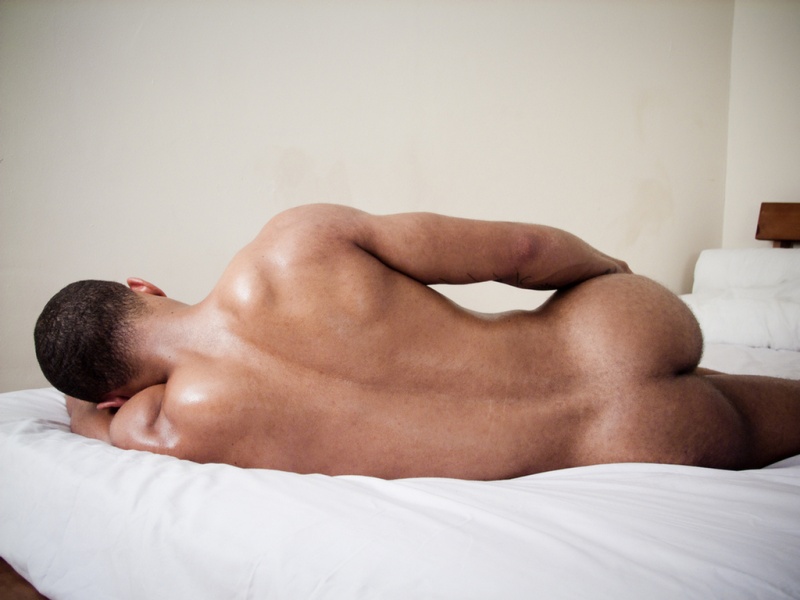 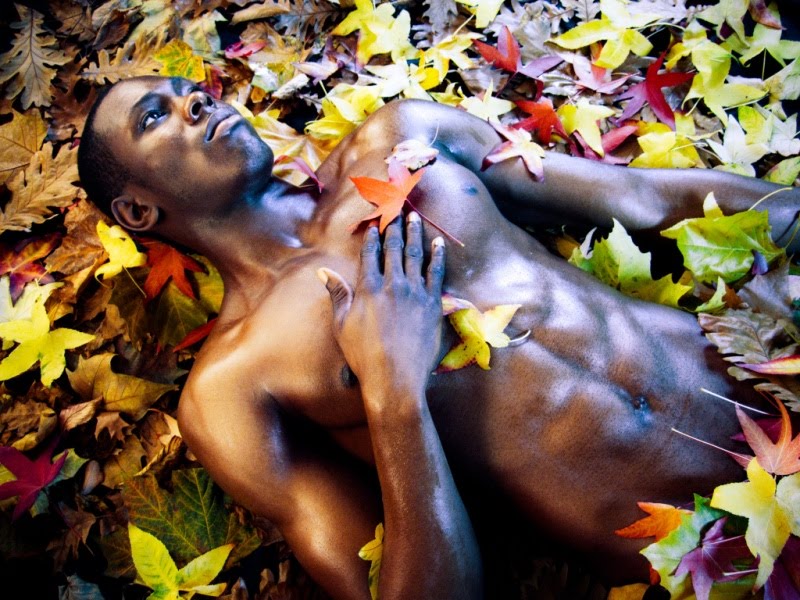 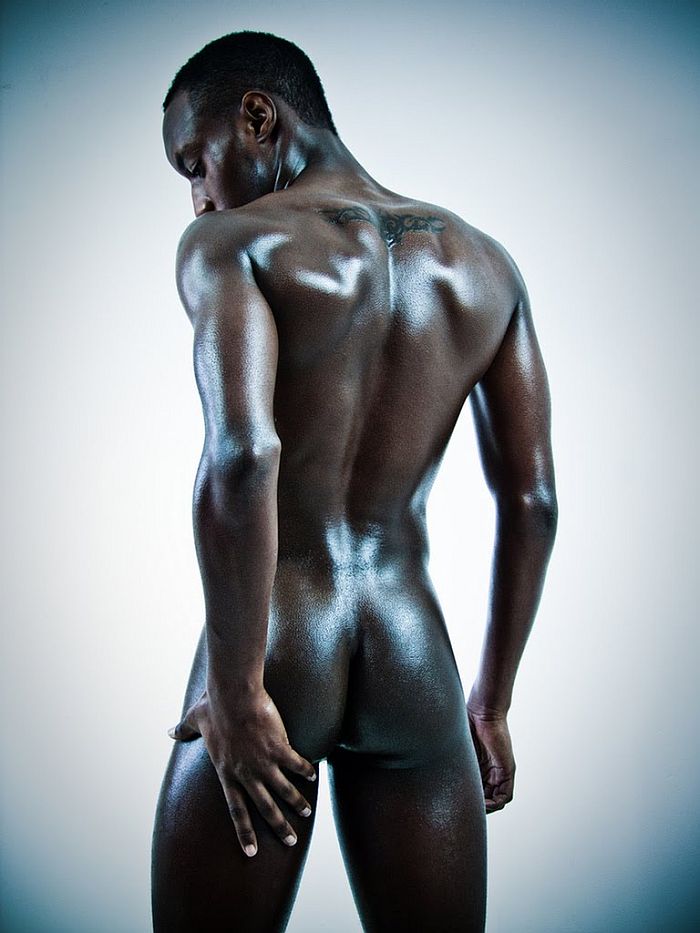 A profile of Kraizie Kat's work would not be complete without asking about the name...

'At the time when I just joined Model Mayhem, I wanted something other than my real name for my photography. Back in school friends have always called me crazy (not in a bad way), and once when I asked a friend if I were an animal what would he think I'd be, he said a cat. The spelling is a bit more personal, but more practically, since the phrase is not uncommon, spelt in a unique way. I liked it then but didn't intend to stick with it permanently, but then it has proved memorable for people I worked with and even people who had simply seen my work somewhere on the web.' 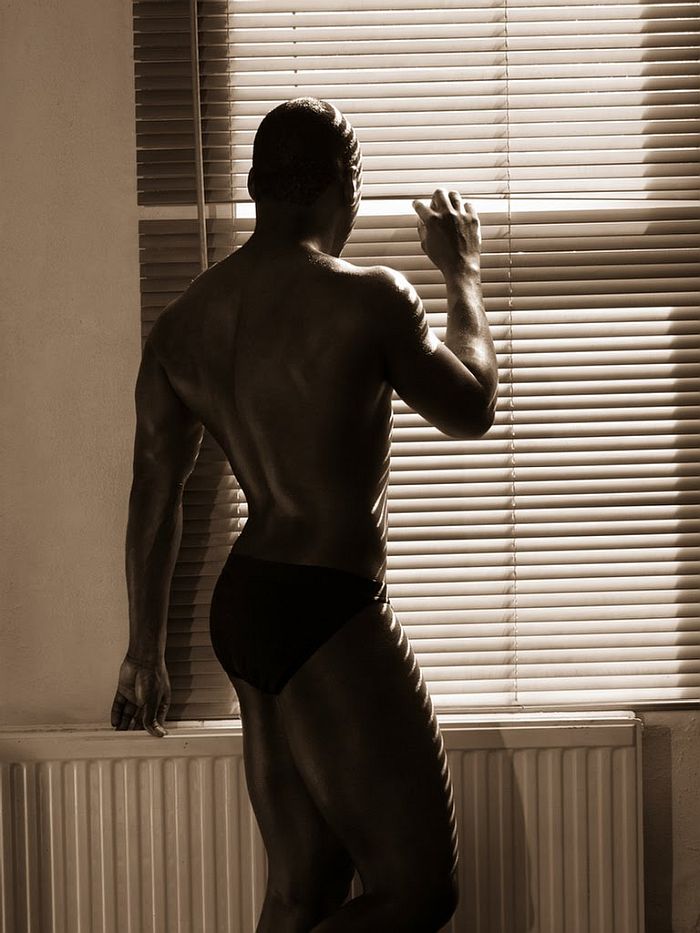 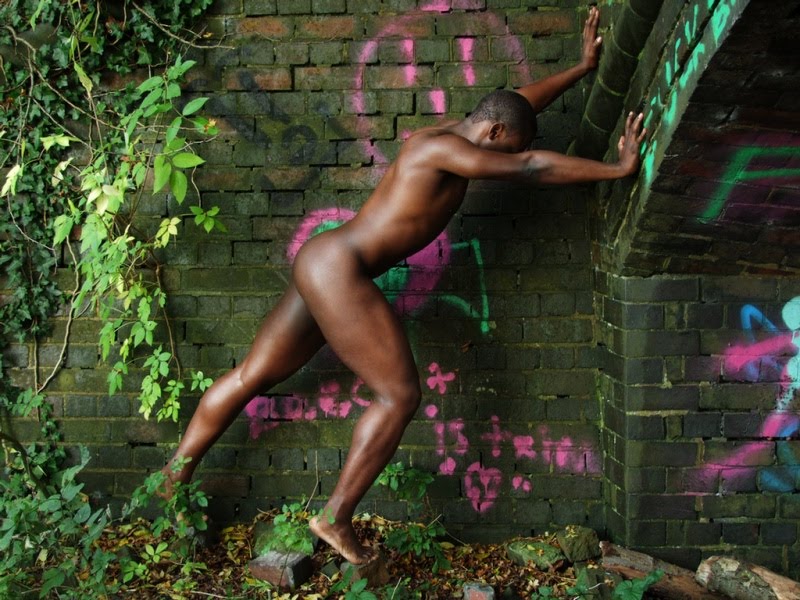 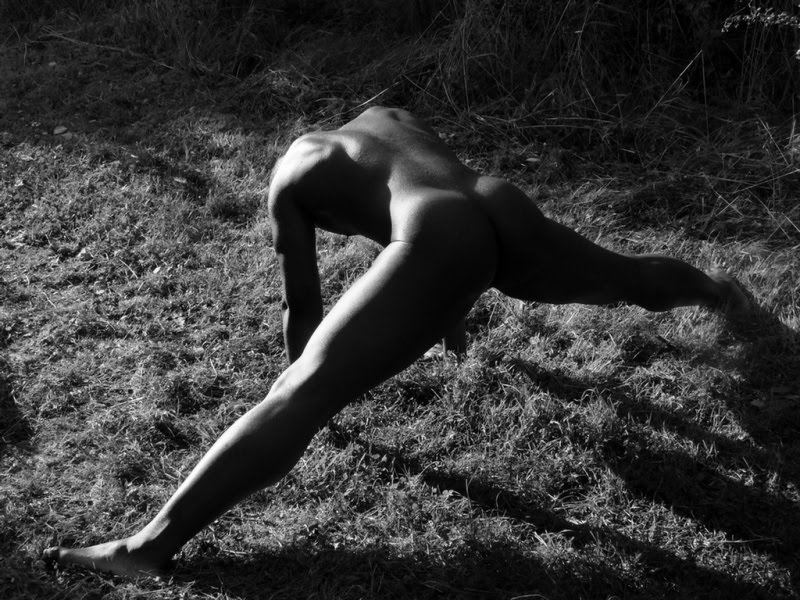