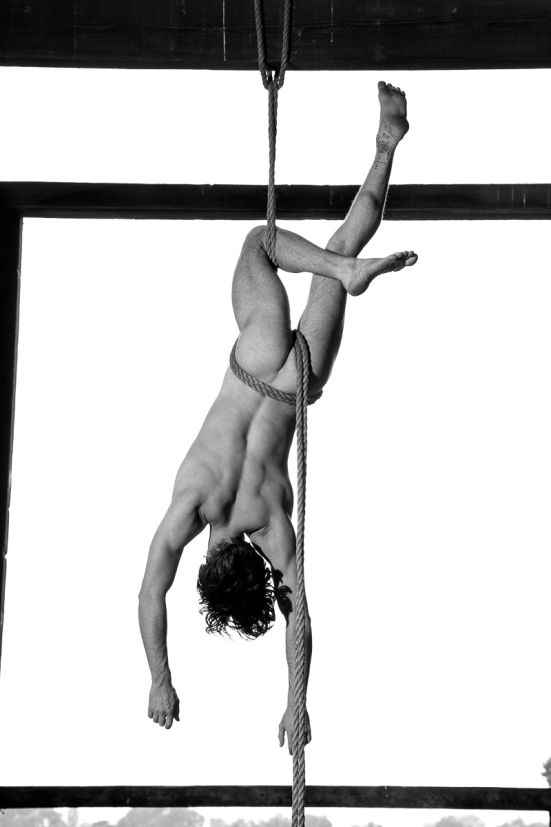 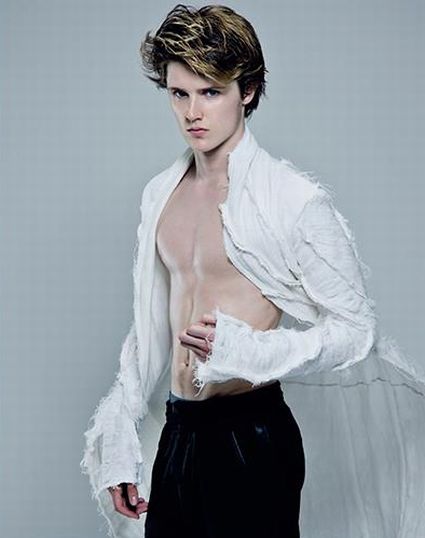 Image above from Allan Amato


Not sure I have seen a cuter guy named Eugene. Happy 22nd to actor Eugene Simon
Check out more of today's birthday boys HERE: & HERE: 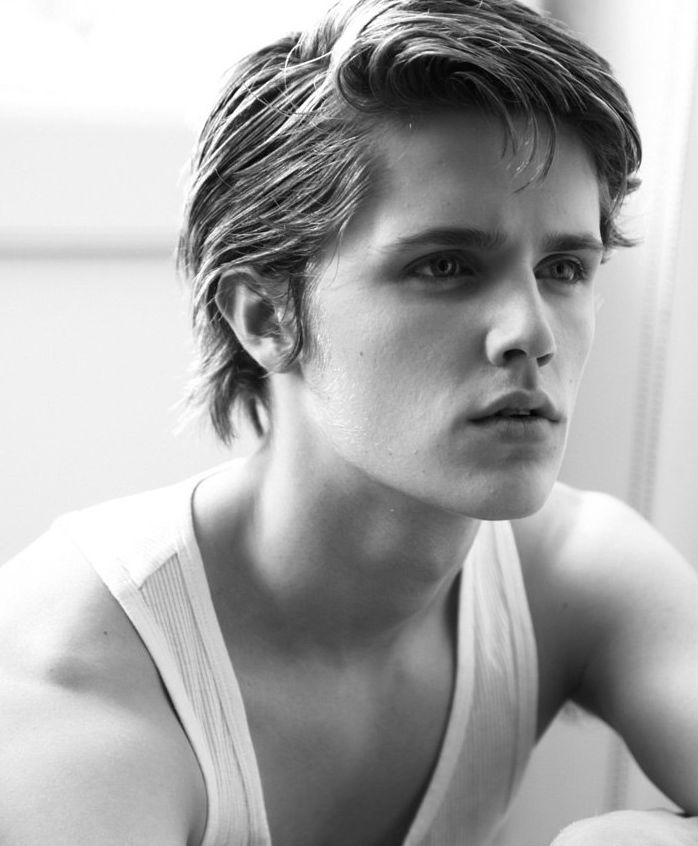 Eugene in Game Of Thrones 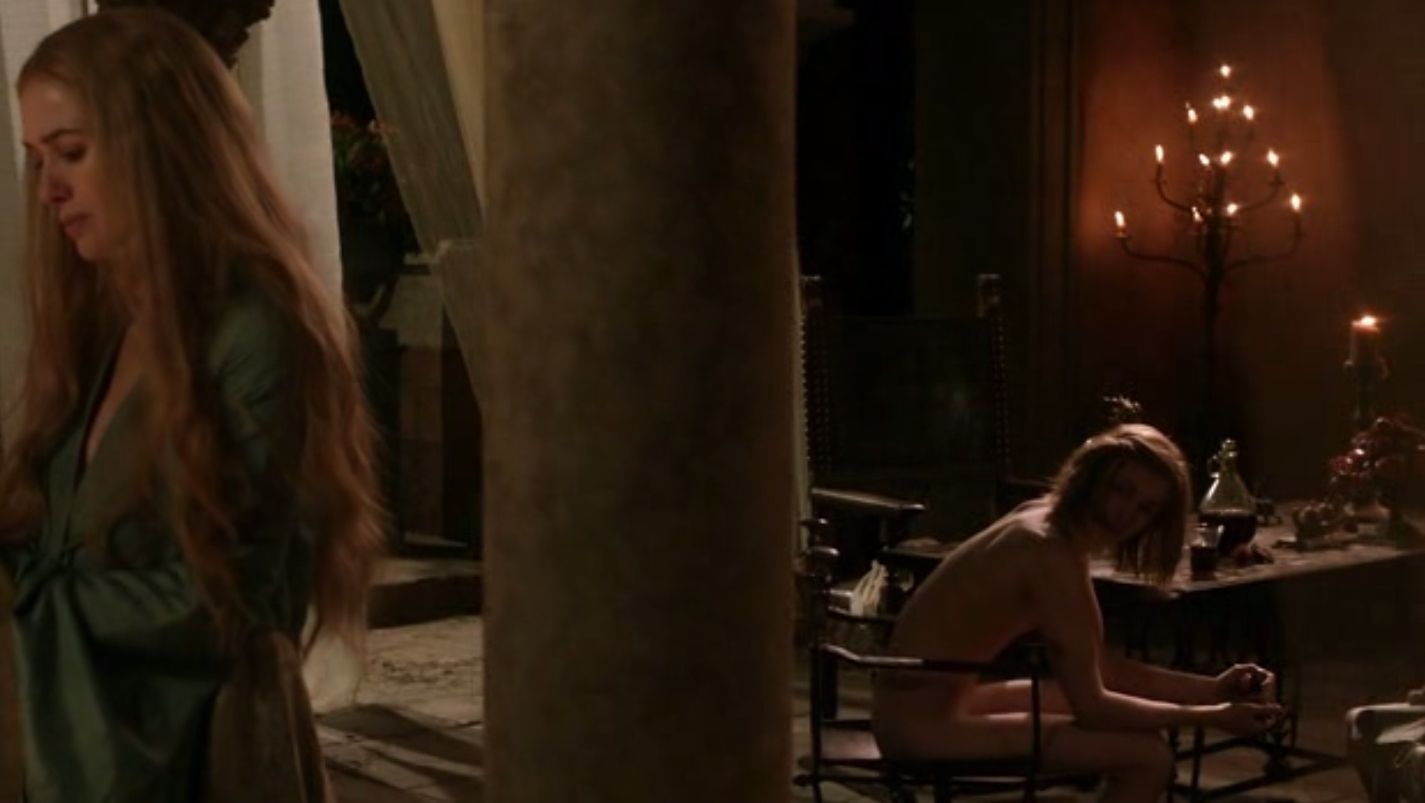 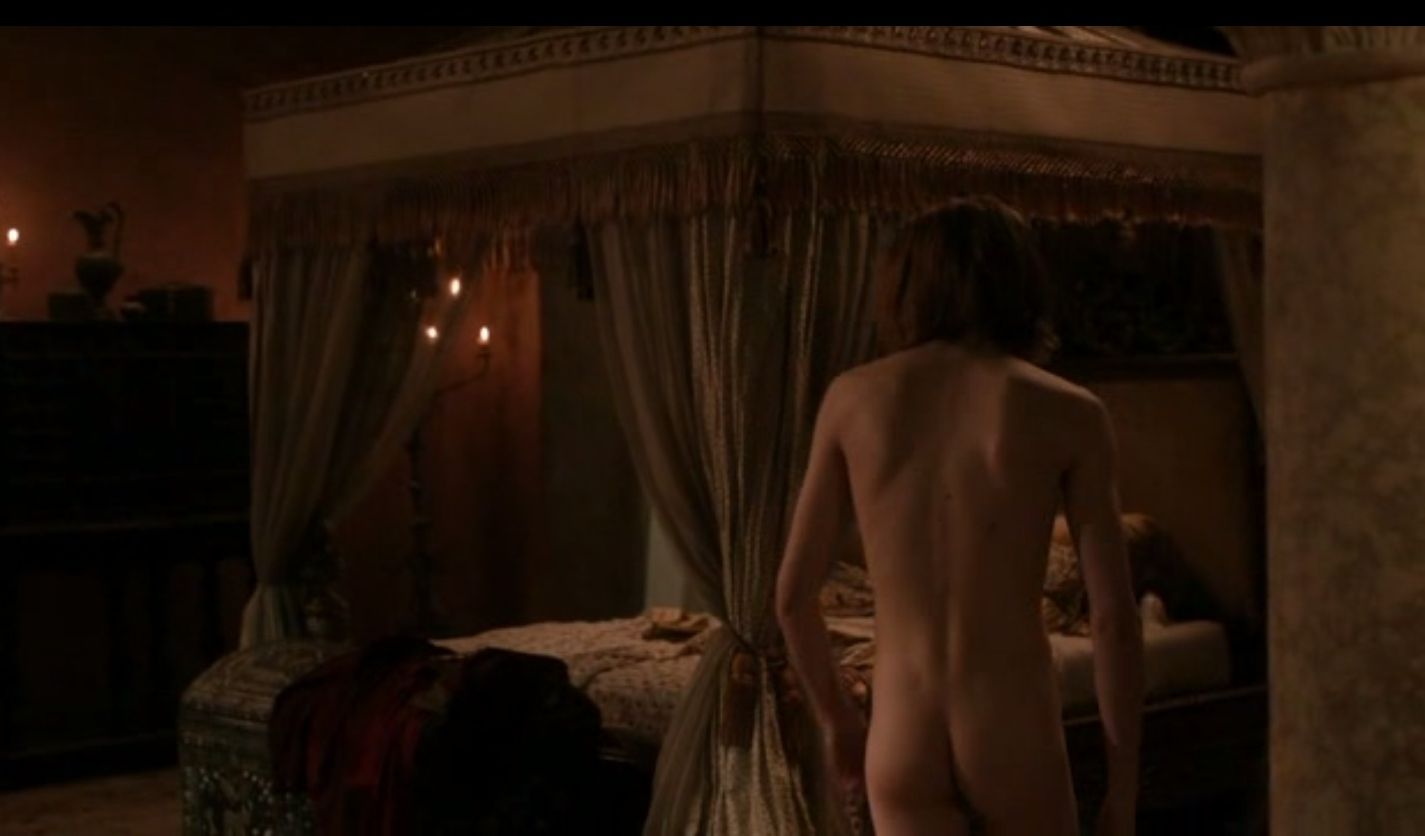 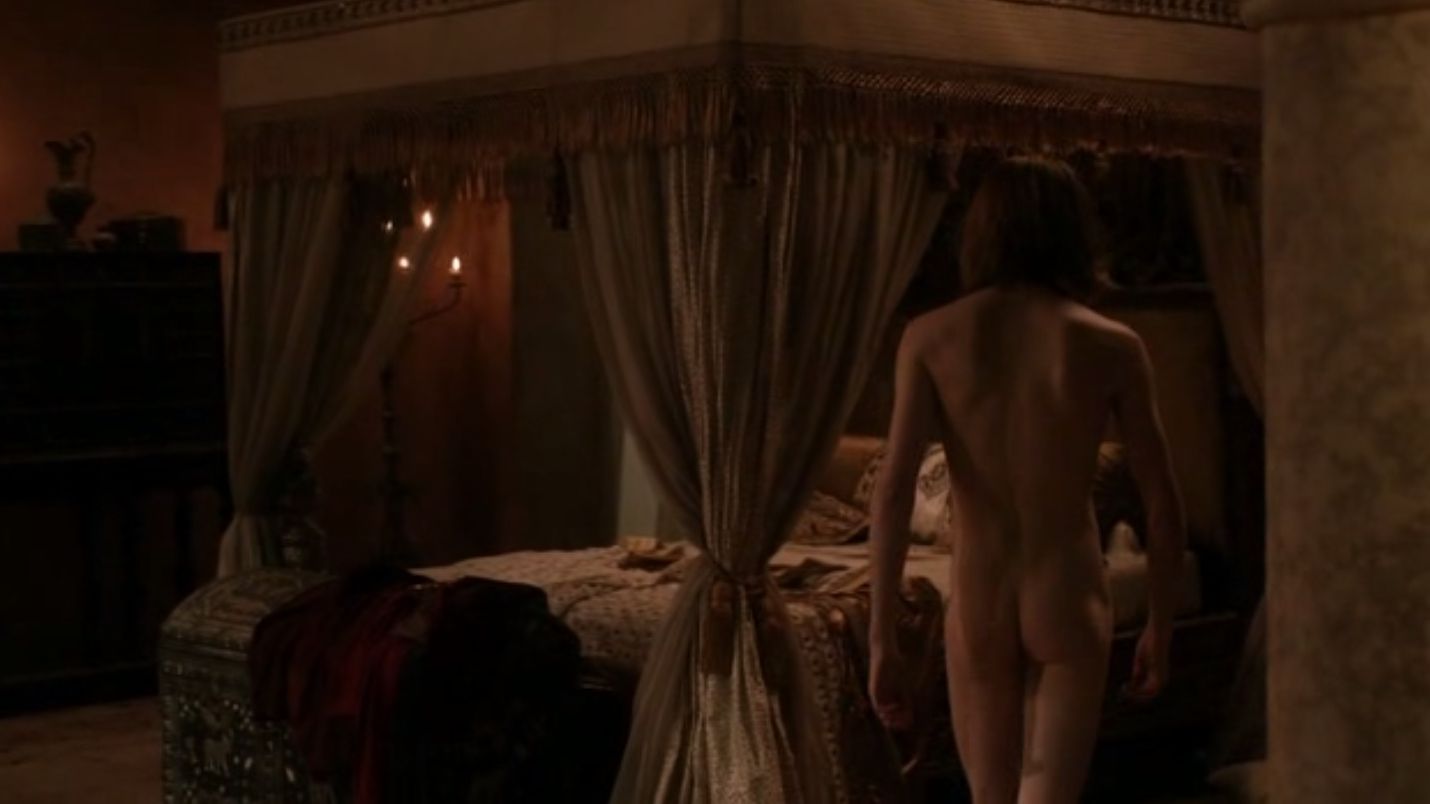 The 11th Commandment for going Commando this Summer 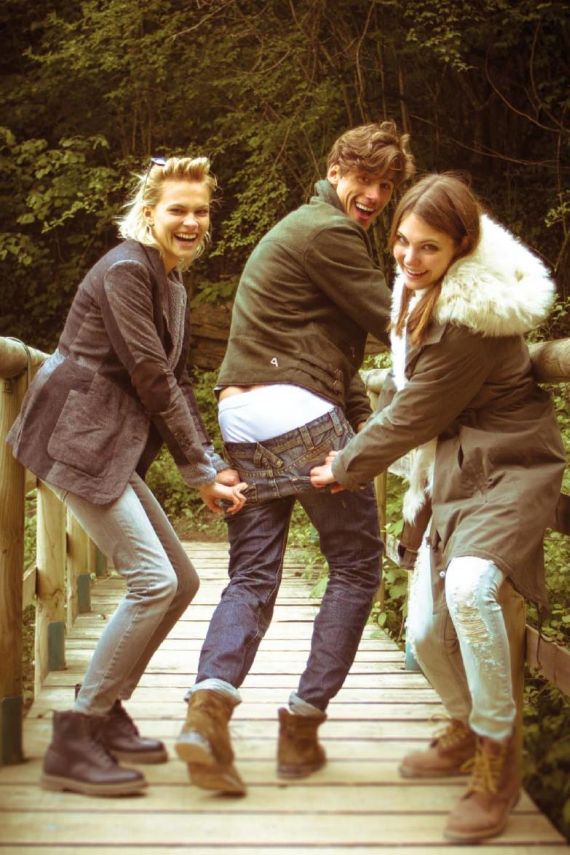 With winter over, we require less layering and for many, time to fold up the flannel and tighty whities for a few months. During the dog days of summer, many men decide to let things all hang out, and choose to go commando. It is hot and sticky and some of our area's, in need of warmth during the winter, now need fresh air to breath. A couple of years ago, Details did a 10 commandment list to going Commando. With the opening of bar and pub outdoor patio's, and more people eating outside, I felt the need to an an 11th.

Thou shall not spread your open your legs whilst dining at a picnic table.... 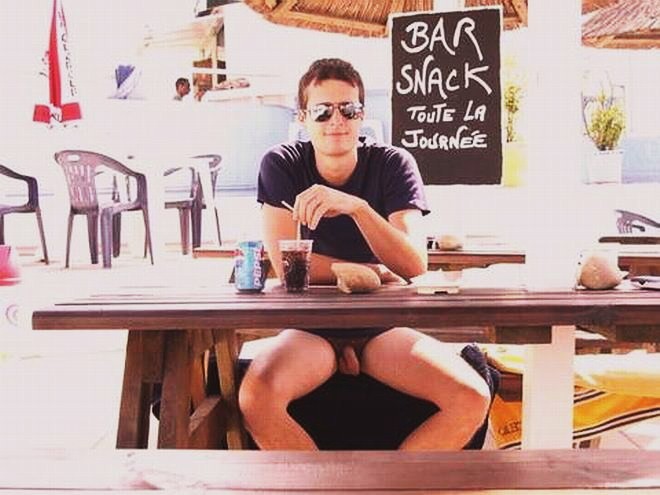 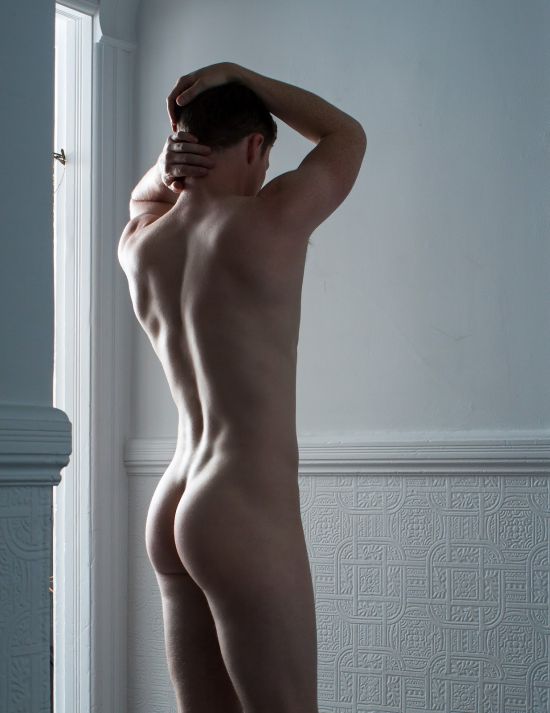 My first introduction to Ryan Scott was as a model back in 2010. The wonderful Michael Puff sent on images for a piece entitled Private Moments Made Public. I quickly discovered Ryan's modeling was simply an arm of his overall visual artistry. Ryan ran a blog at that time titled The Direct Desire Project which as Ryan says on the front page is made up self portraits, nature and junk I like. 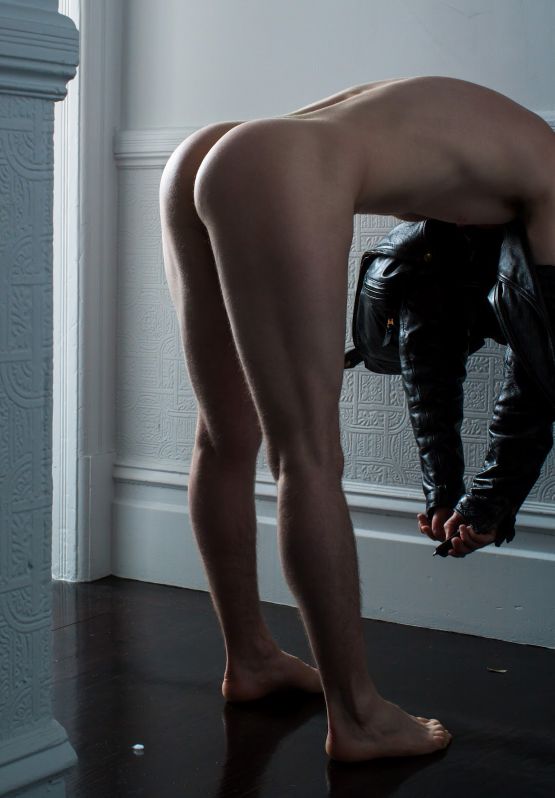 I was rather found of Ryan's work, and his junk, and featured his self portrait (like the beautiful ones shown here) on FH, my favorite being the 2011 piece At The Top Of The Stairs. The last few times I headed by to Ryan's blog I was disappointed there were no new updates. Recently, I was back and finally opened my eyes (duh) wide enough to notice Ryan's link to his tumblr, Photo Interdit. 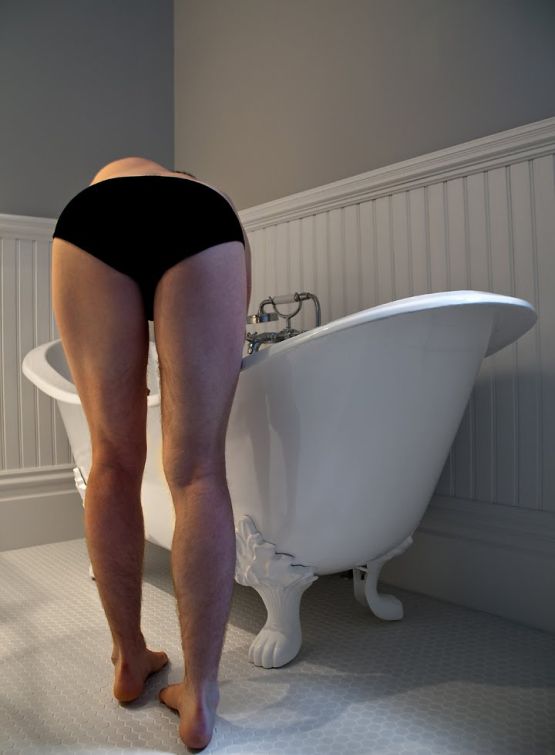 On his tumblr, Ryan continues to feature self portraits, nature and landscapes of San Francisco and more junk to love. There is also a focus on Ryan's imagery featuring other models, in themes and situations that more than live up to the tumblr's main title. I quickly shot Ryan an e-mail and he again voiced support for me featuring is work. It was difficult to narrow down a shoot or model to start with. There was something rather both beautiful, and also disconcerting, about the shoot I finally picked. Check it out for yourself below. 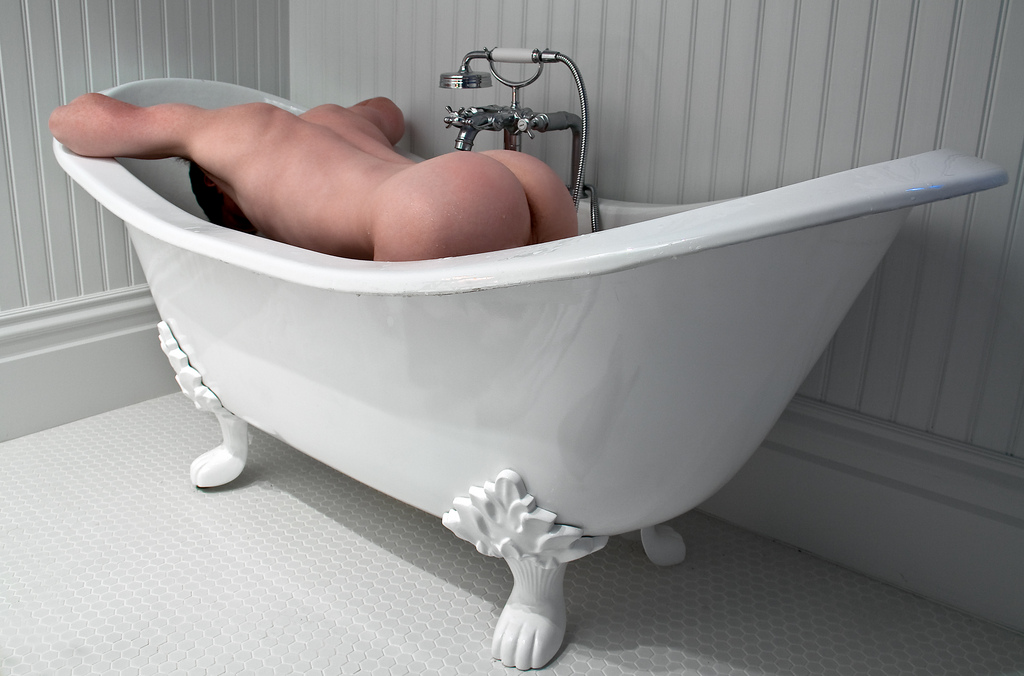 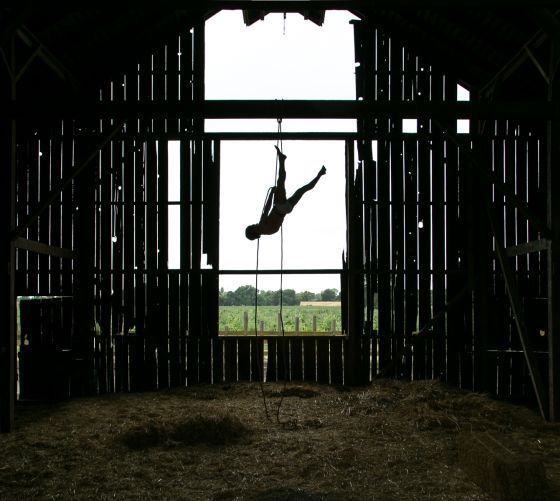 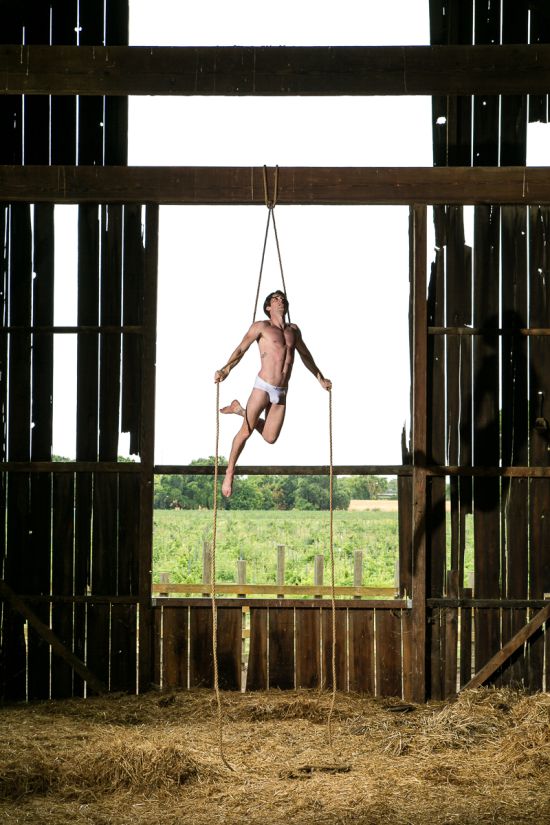 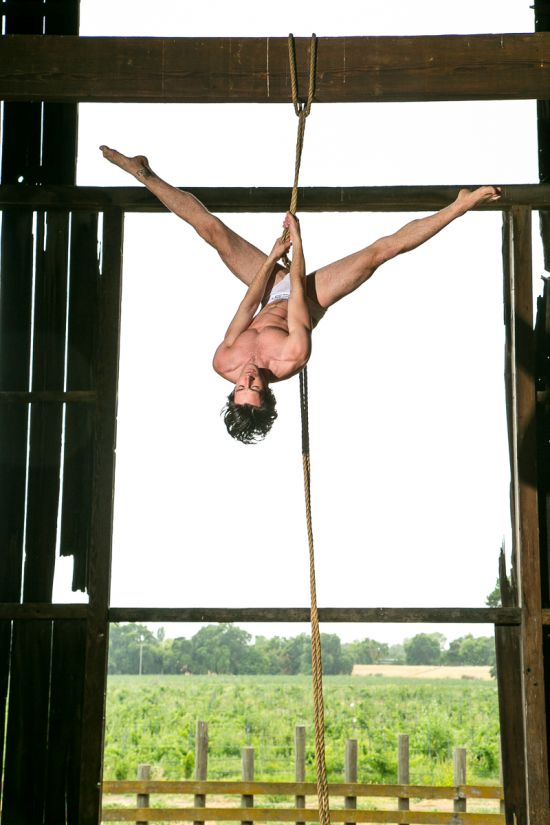 That is precisely what happened when enjoying Ryan's shoot with Woody Fox. Woody is a aerial circus performer and I instantly feel in love with the images of Woody in the air. As I spent time with the many captures from the shoot, a feeling of apprehension, maybe even dread began to rise. 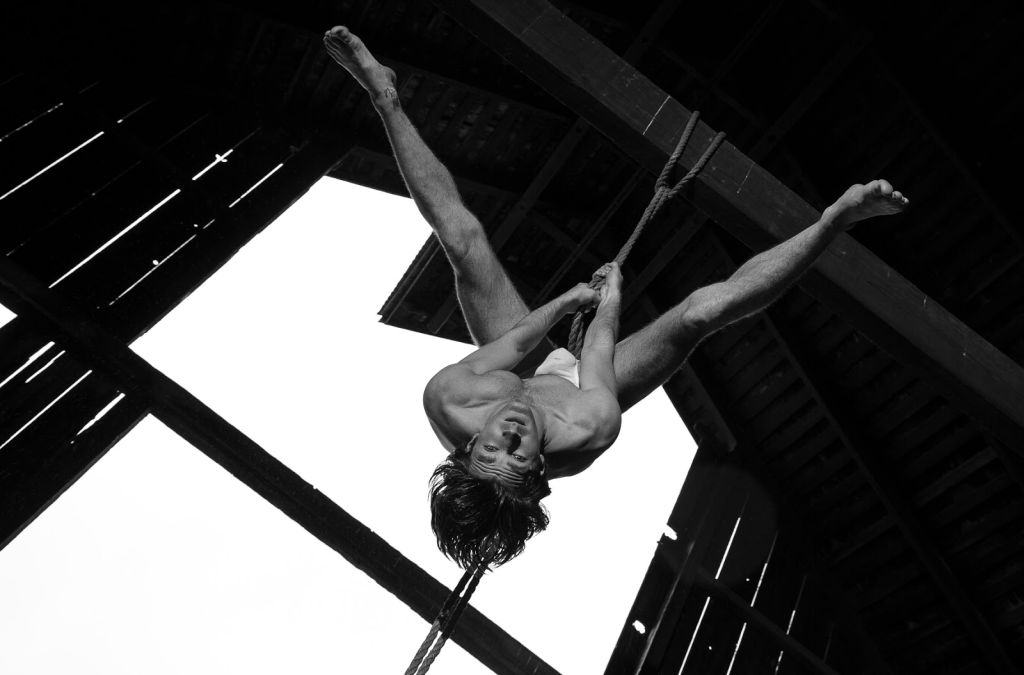 I think part of it was the setting. An incredible setting, a barn, with Ryan beautifully framing Woody in what once was a window with the natural light which shown through the opening and slats in the wood. The barn, initially beautiful, started to feel dangerous. Long abandoned, isolated, I was reminded of the old barns horror movies such as The Texas Chainsaw Massacre. Woody, so breathtaking in the air, also at times appeared lifeless, hanging as if left their to die. I could imagine hundreds of women an men hung by the buildings wooden beams during the witch trials in Salem or after a bloody battle during a battle or war. 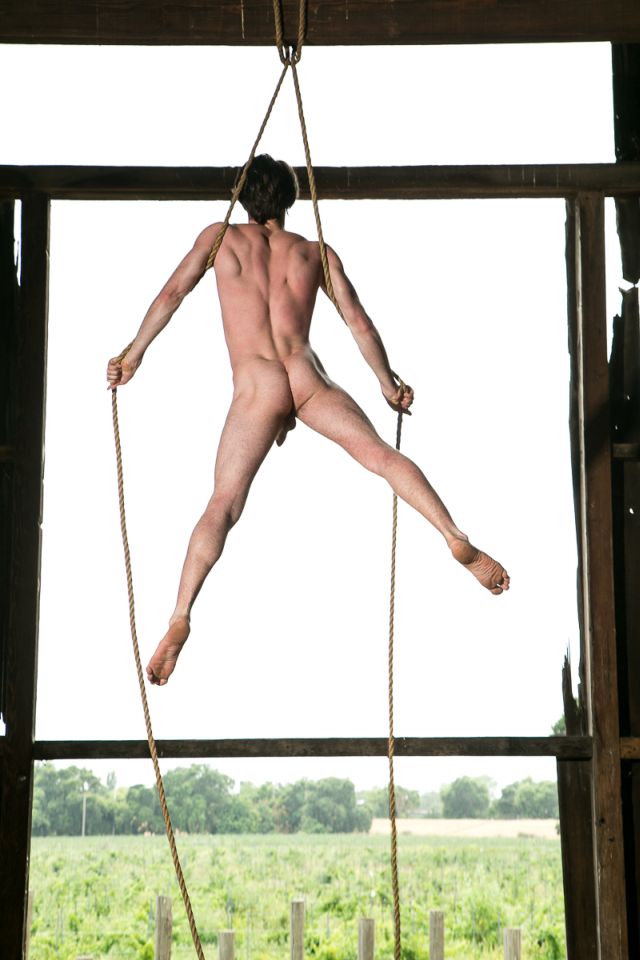 I shook myself from the dread to go back to enjoying the beauty of the images when I came upon the image below.  Stuck among the others, near the bottom of the page I was viewing,  appeared Woody, hanged, not hung from the same ropes that previously caressed his body. I instantly knew artist and model had similar thoughts as myself as they shot, Ryan included the image without words, without warning, to give a bit of a jolt to the unsuspecting viewer, in this case me. 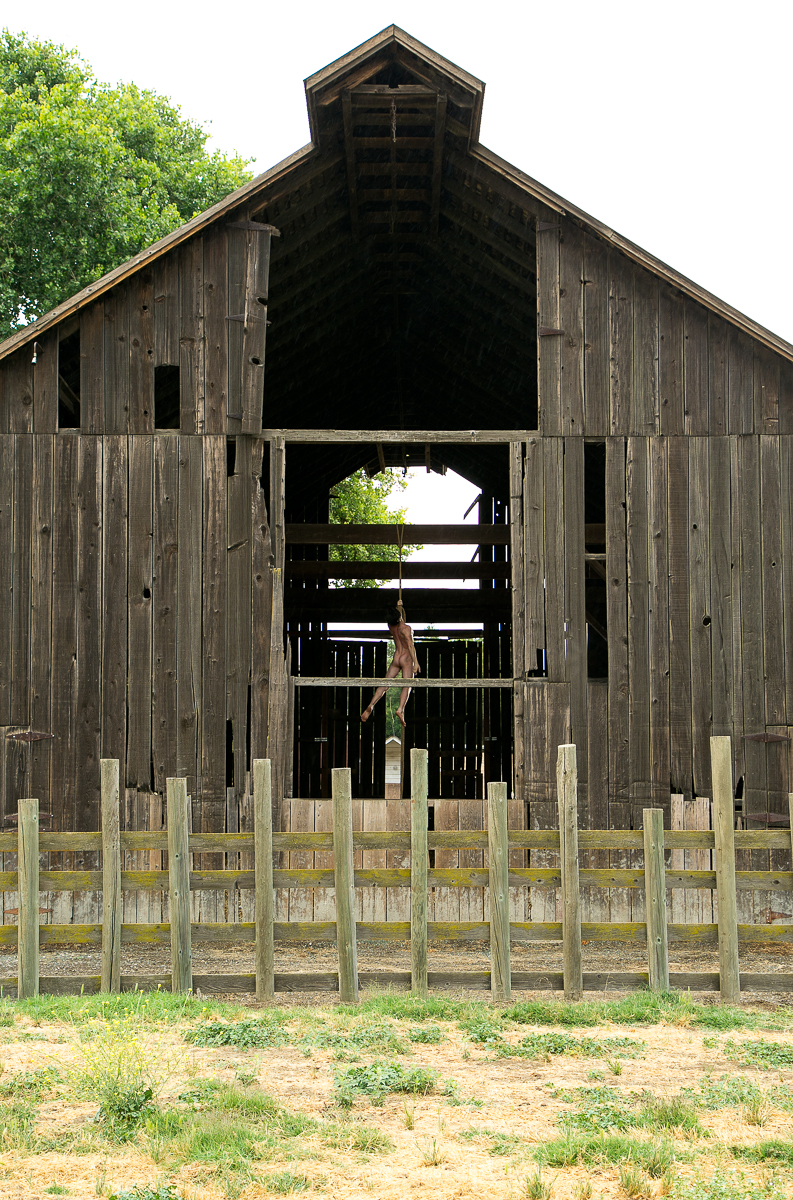 I think that is part of Ryan's sill and magic. As an artist, he lures you with with beautiful bodies, images and poses, then shakes you with an unexpected jolt.  A surge of artistry, a twist to cause you to think differently about what your looking at. I know I did with these images of Woody. A hot Naked aerialist hanging high within an old barn would have impressive enough as a theme. The added layers weaved in make the trip so much more interesting and dangerous. 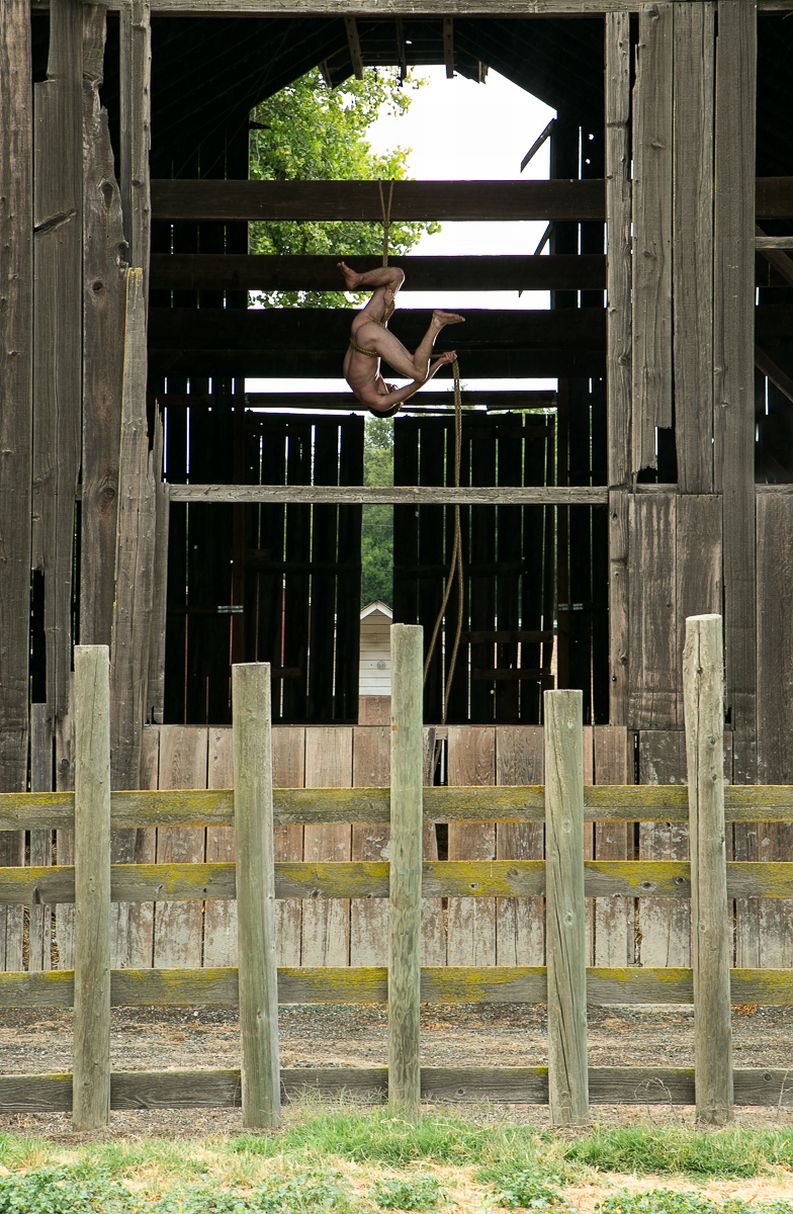 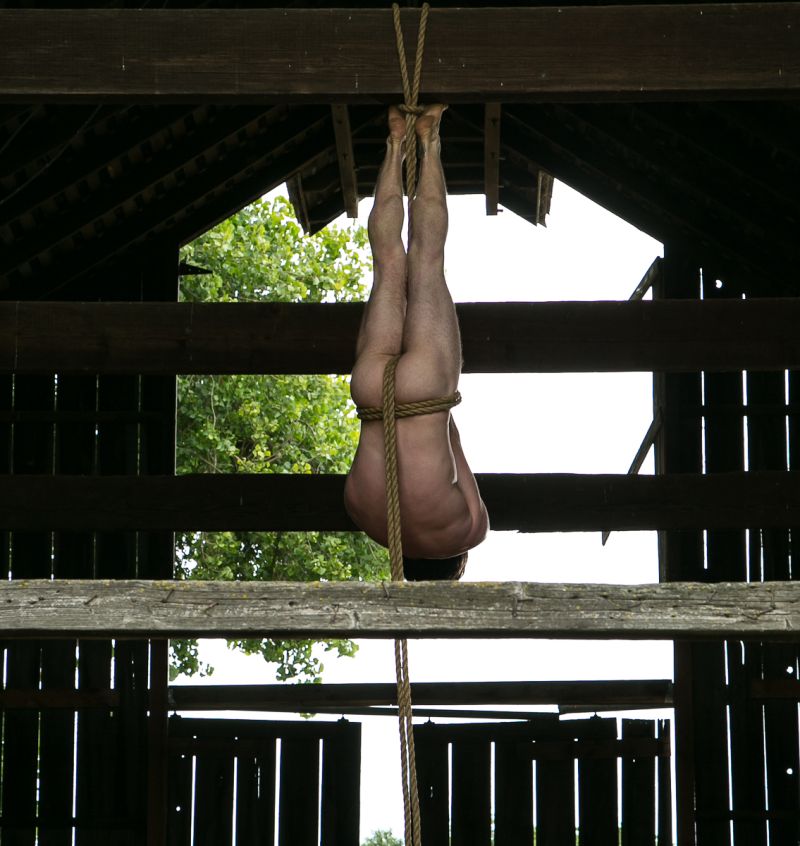 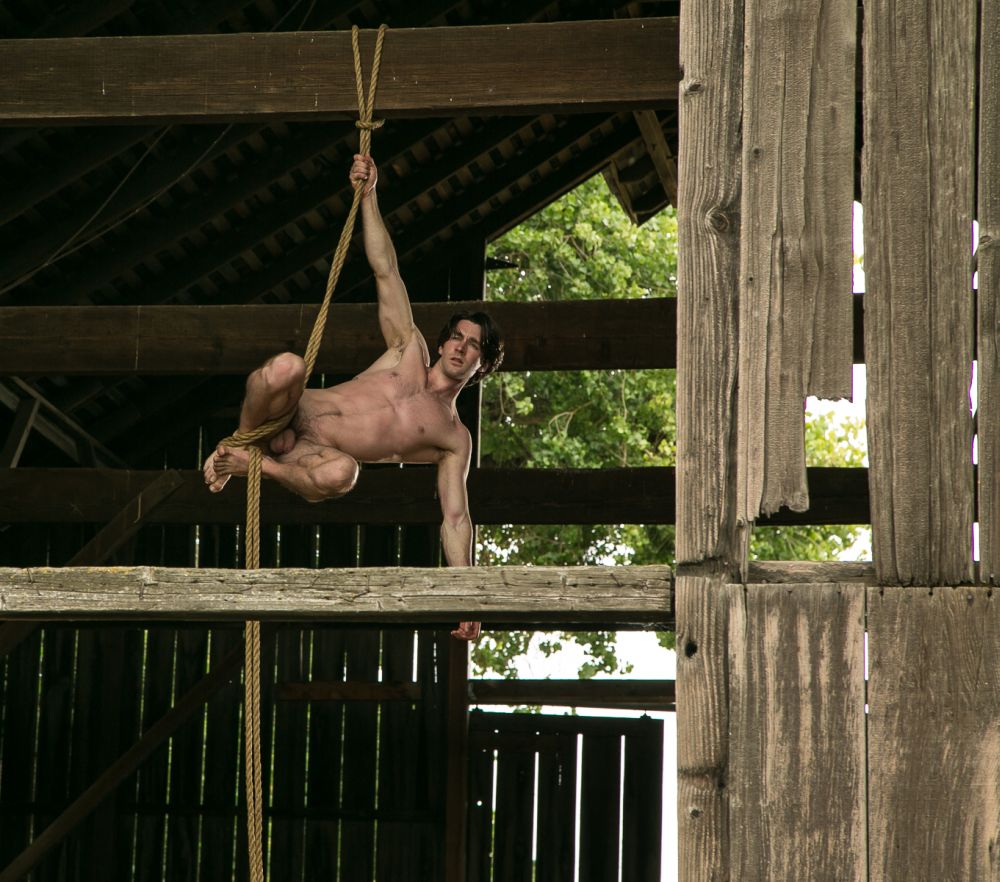 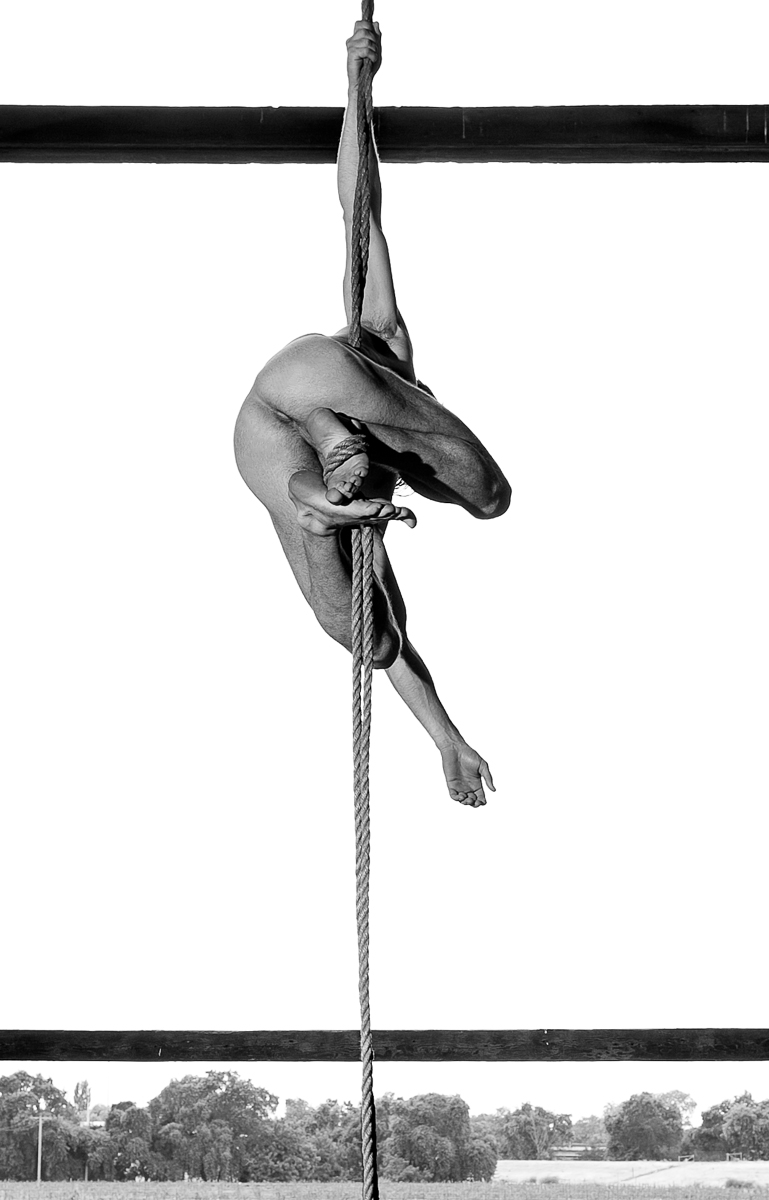 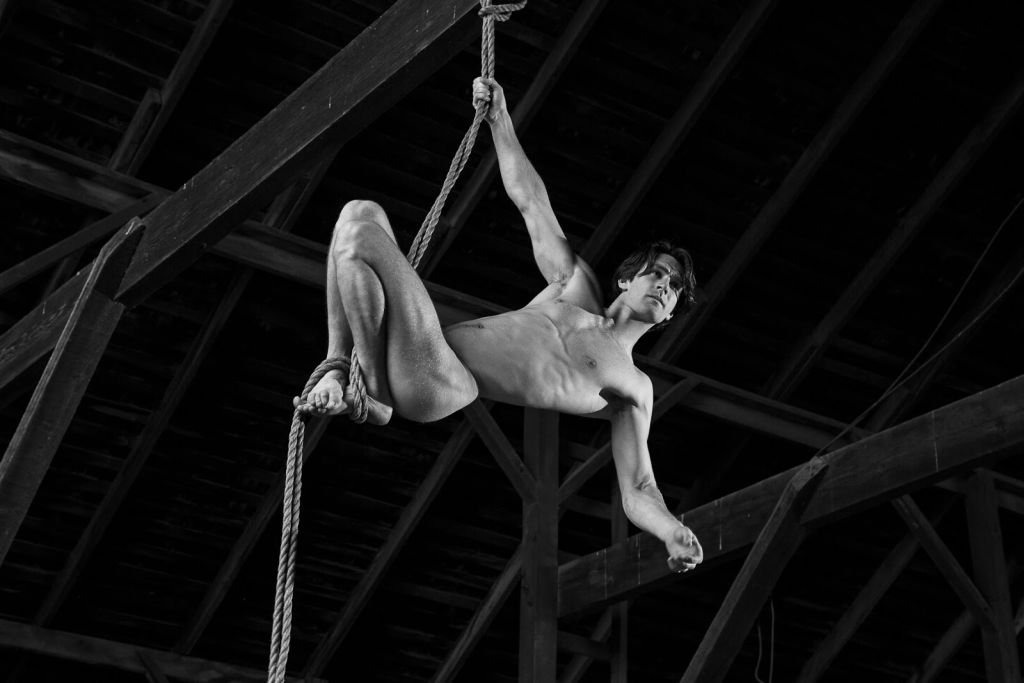 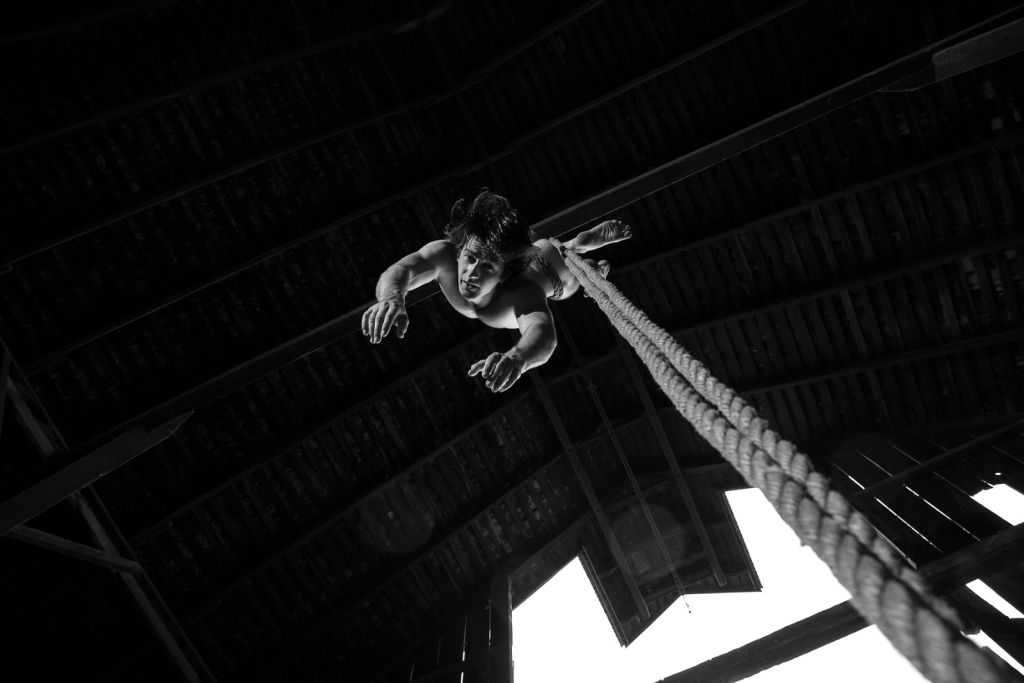 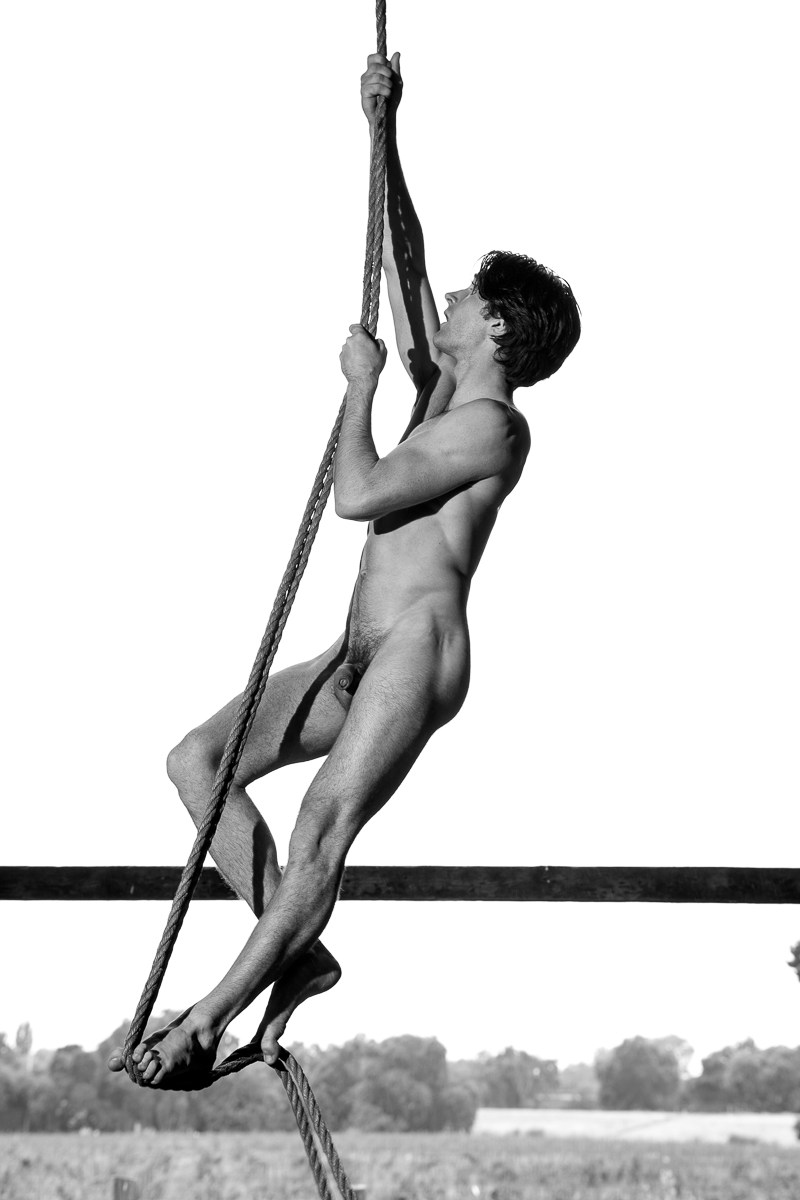 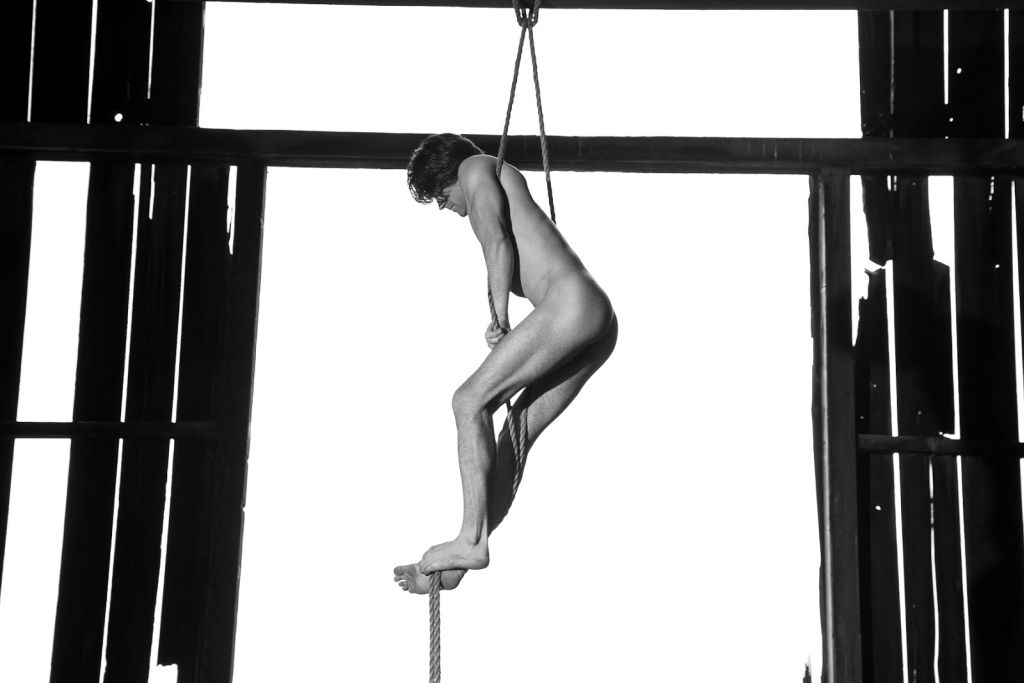 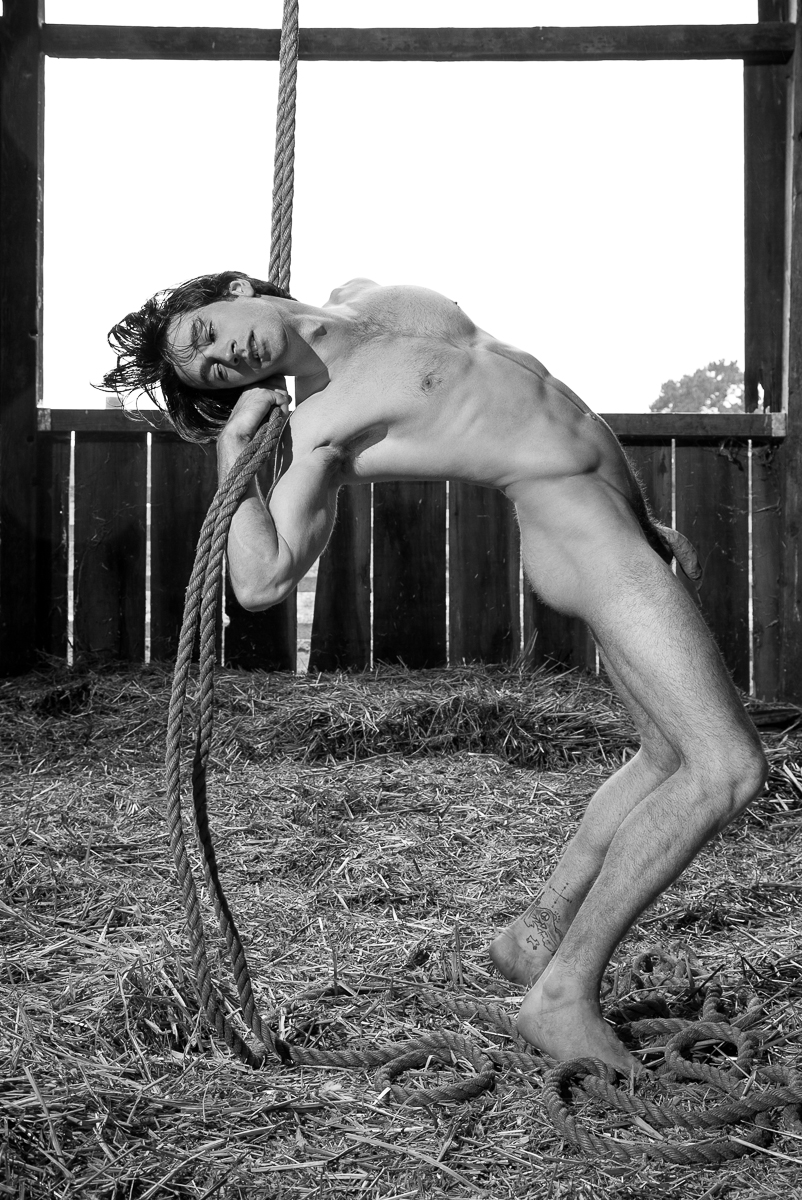 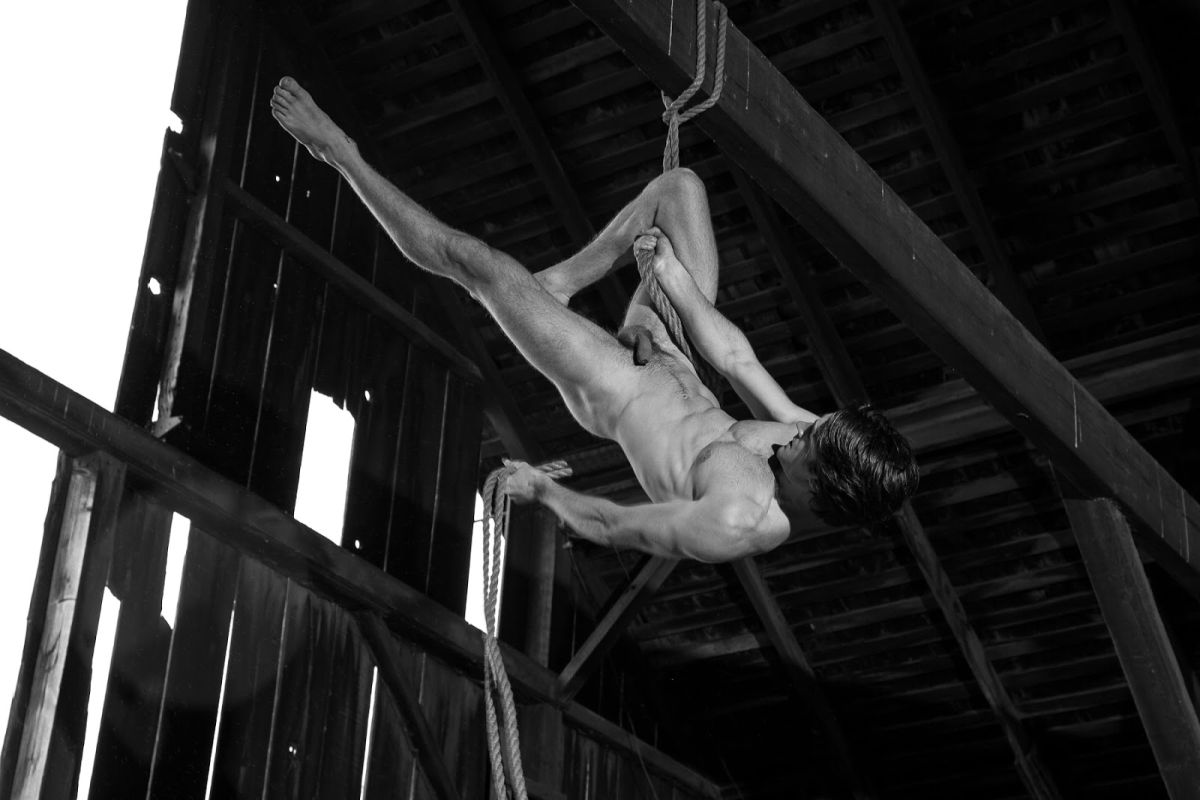