Favorite Pic of the Day for October 24th 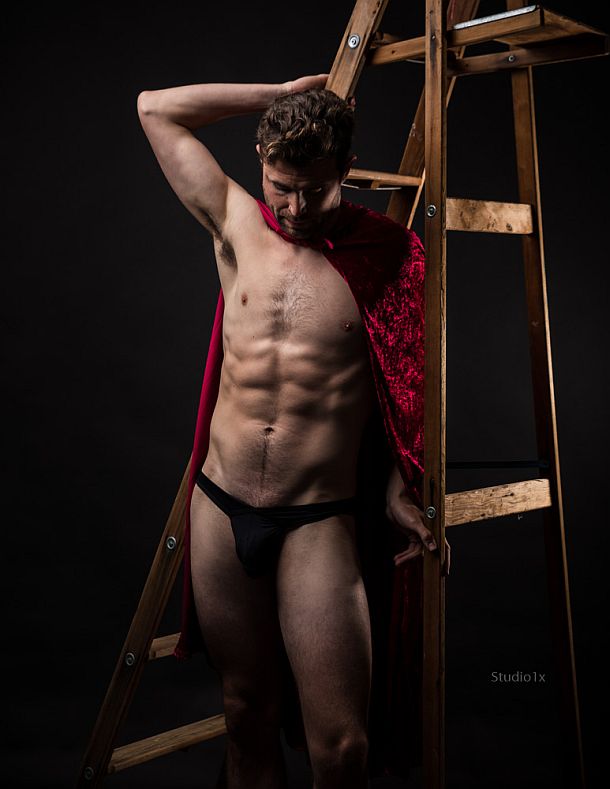 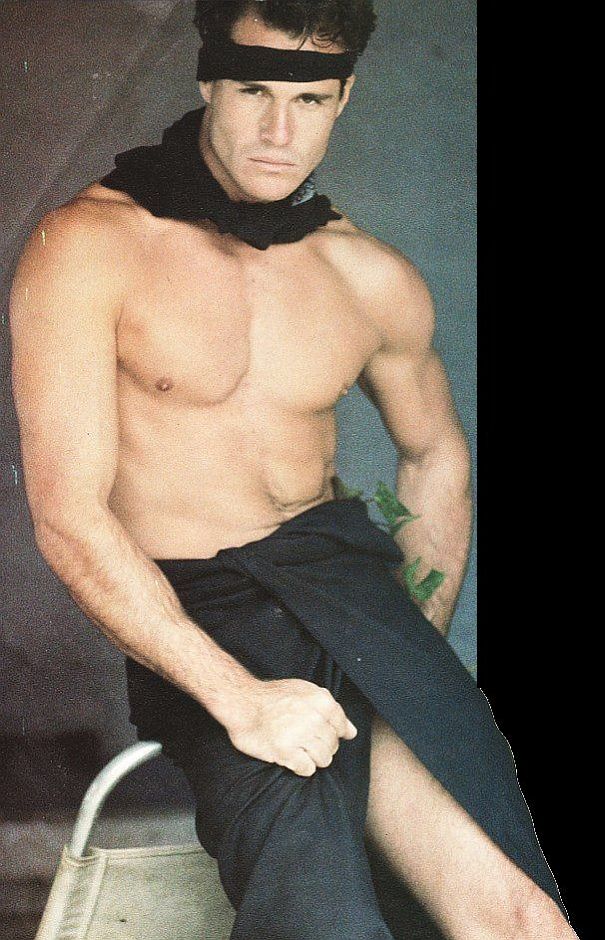 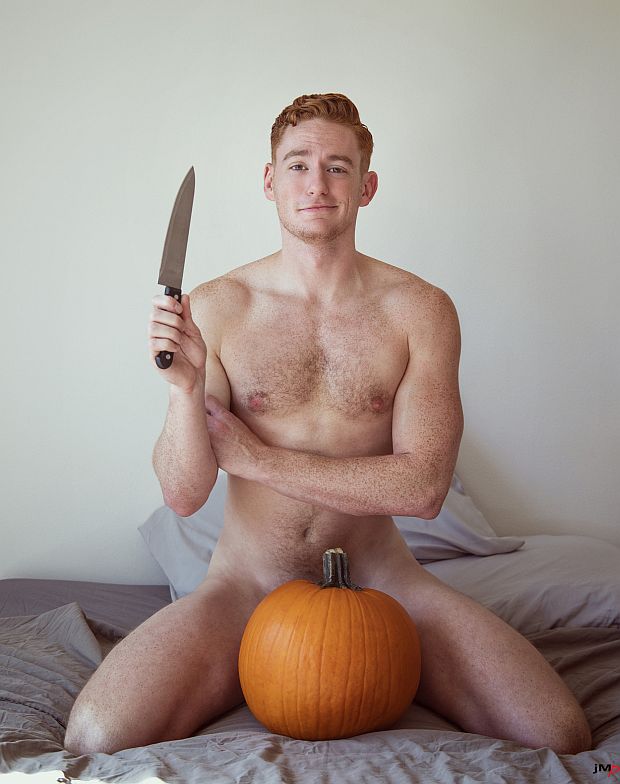 Horror Hunks: Michael B. Silver in Jason Goes to Hell 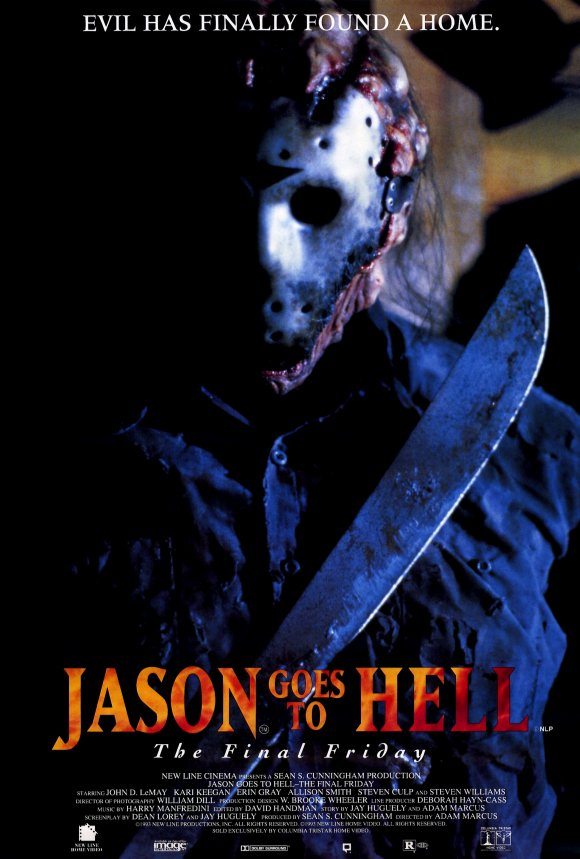 'Horror, has many faces... death, wears many different masks... but pure evil, wears only one... and this is your final chance, to see it.' 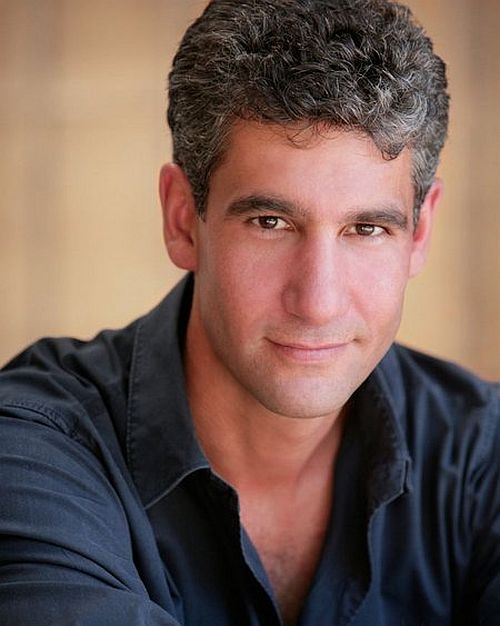 Television viewers last saw the ultra hot actor (and hot daddy) Michael B. Silver as Sgt. Kanter Harris on the CBS drama Instinct. Sixteen years earlier however, the then 26 year old made his big screen debut as Luke: Boy Camper, his official credit, in 1993's Jason Goes to Hell: The Final Friday. Of course this wasn't quite the the final Friday, but it did mark's Luke's ending after having sex in a tent, he and his girlfriend Deborah had an orgasmic (literally) ending. 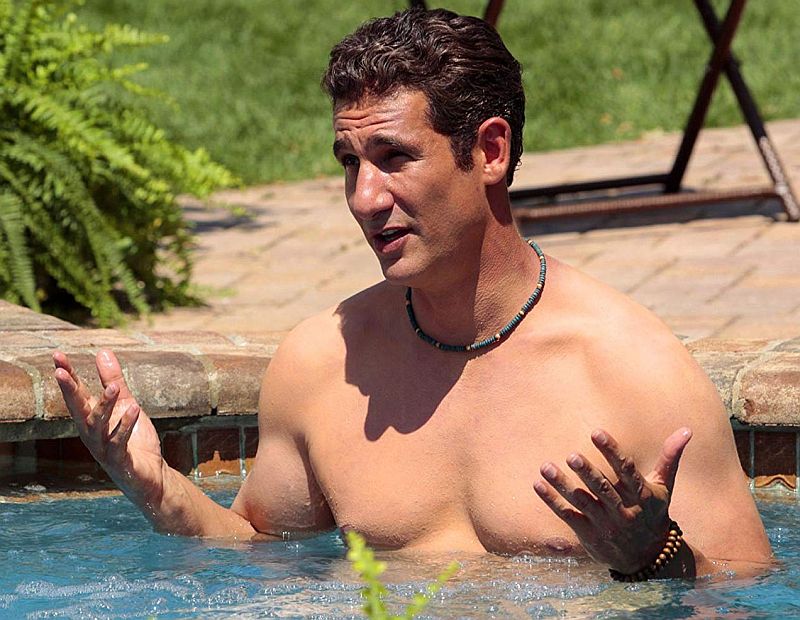 I can't believe I missed this little bit of male nudity from The Friday the 13th franchise. Back in 2014, I did a list (The Climax Conclusion) of hot male bodies who showed a little skin before being stabbed, bludgeoned, mutilated or filleted by Jason. I did my list from a DVD collection that I had, and I believe only went to Part 6. Silver is only in the film for a few minutes, but so glad I found it. Silver was absolutely adorable, even in the brief few minutes before his inevitable end. 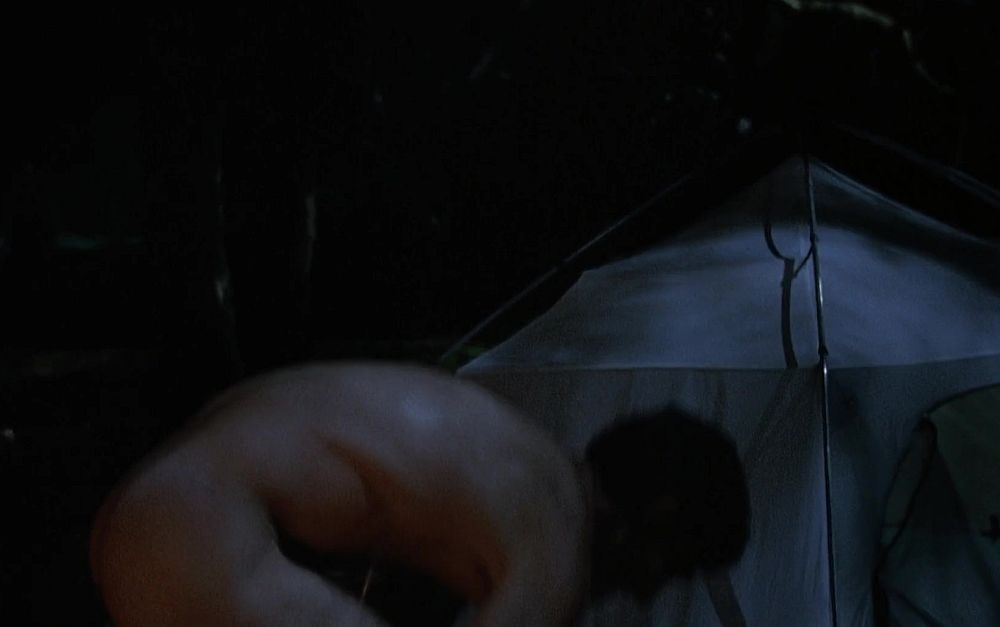 After his turn in Jason Goes To Hell, Silver went on to guest start on most of the well known tv shows of the 90's. Silver had guest spots on Star Trek: Deep Space Nine, Blossom, Step by Step, The Pretender and The X Files. Silver continued to guest on televisions biggest shows in the 2000's until landing regular roles on NYPD Blue, Beautiful People, CI Miami, Veronica Mars and ER. More recently, Silver was seen on Suits, Secrets and Lies and Royal Pains before joining Instinct in 2018. 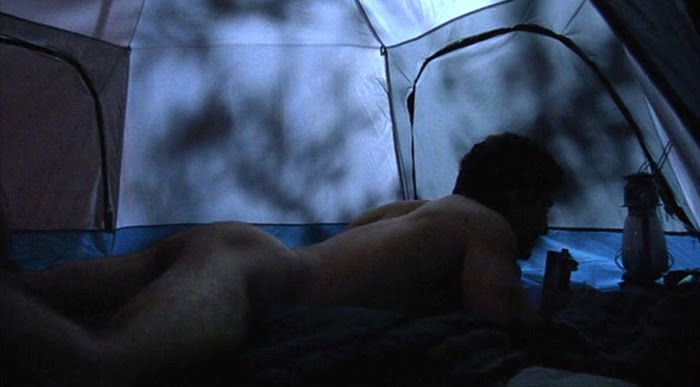 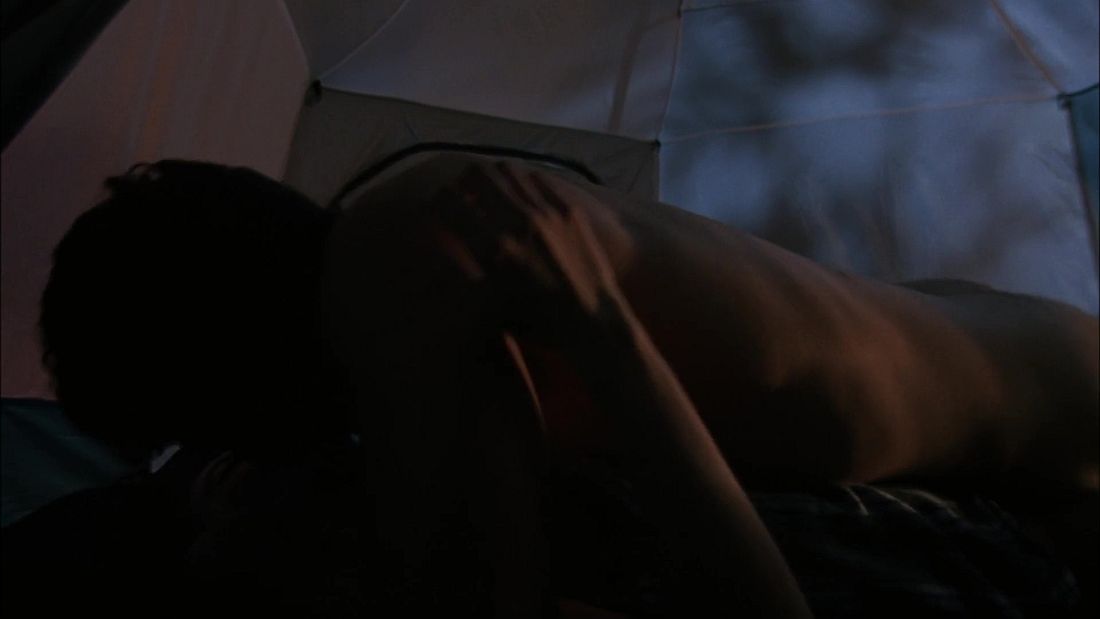 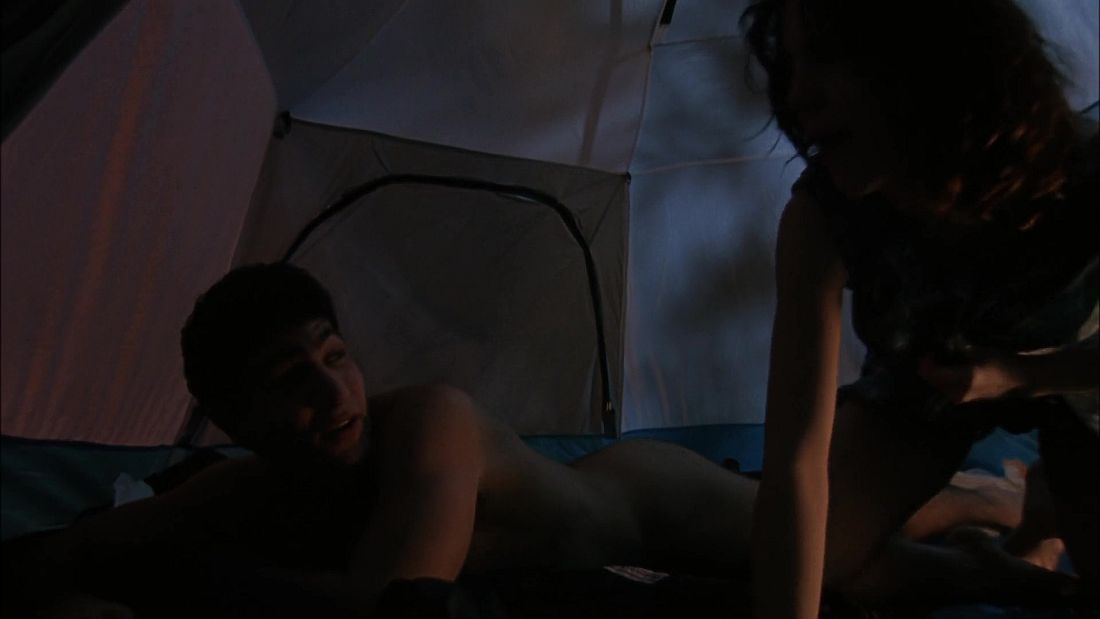 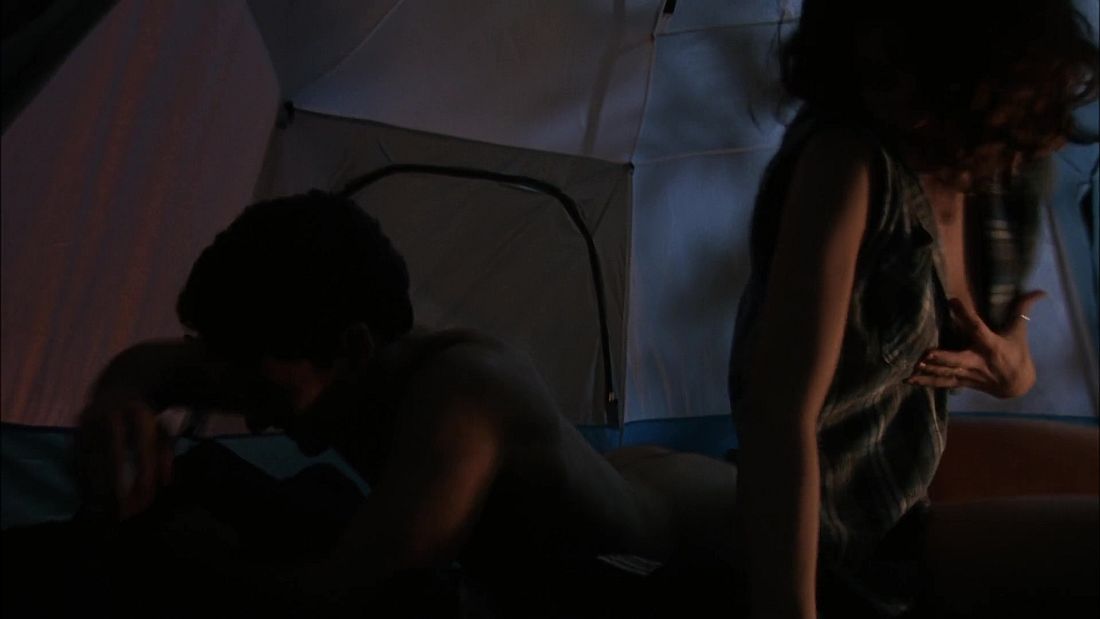 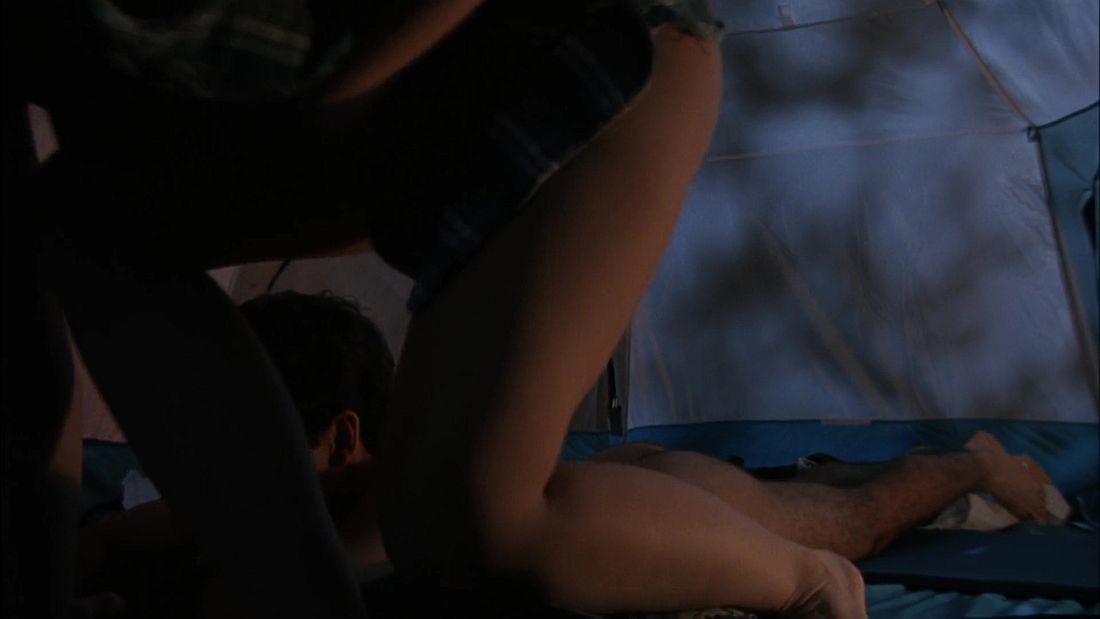 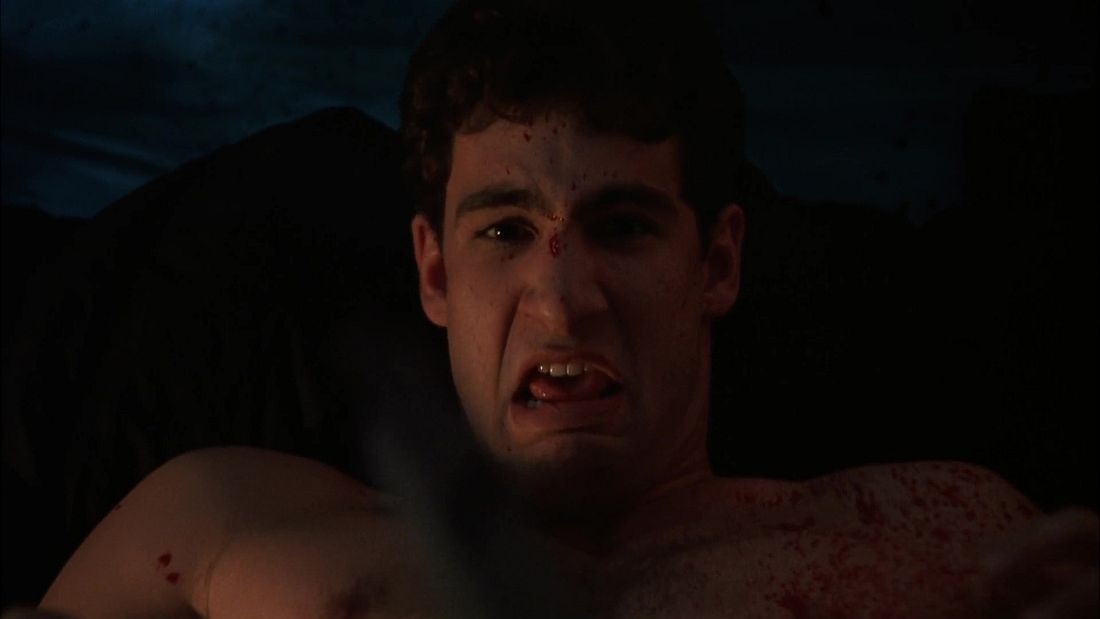 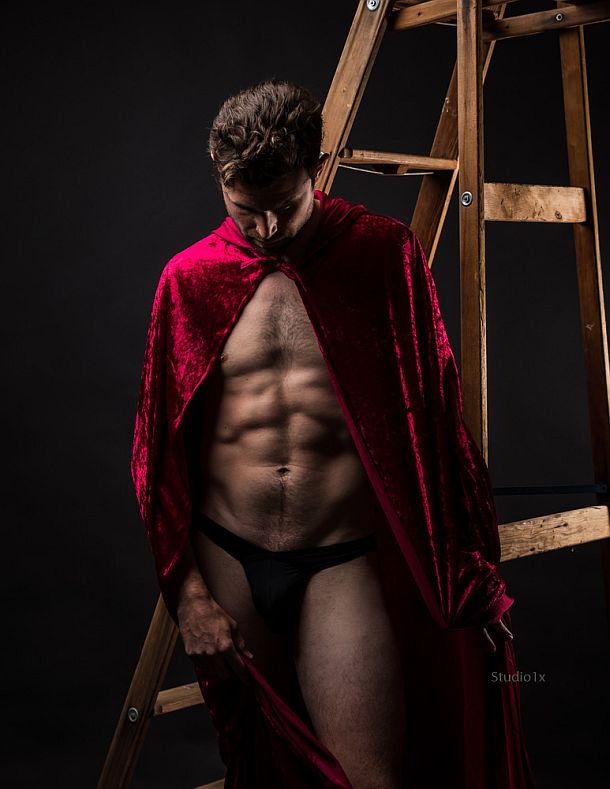 'Probably the most dramatic pieces in my wardrobe would be capes.'
Tyson Chandler 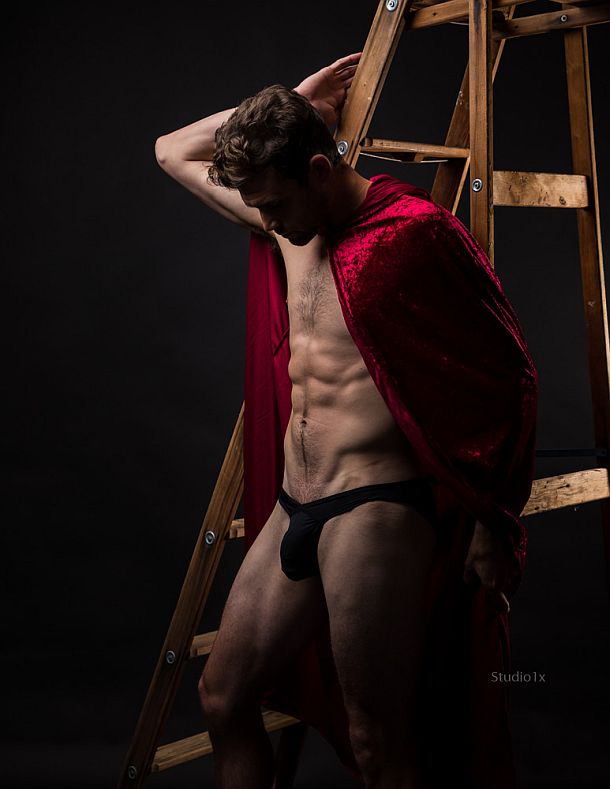 Some traits we're born with, others we cultivate out of need.  For me, my creativity was something I cultivated.  When I was a kid, I loved almost everything, every subject in school, every sport and recreational activity.  Problem was, as much as I enjoyed all of those things, I wasn't really passionate about any of them.

I played hockey and basketball, but was never good enough to make the A team.  I loved drama, but never worked hard enough to get a lead role.  I love most of my school subjects, but usually got B's and C's. My creatively really grew after graduating high school, while at University, where being so so about a lot of things wasn't going to to cut it.  It wasn't until then, that I really pushed myself creatively. 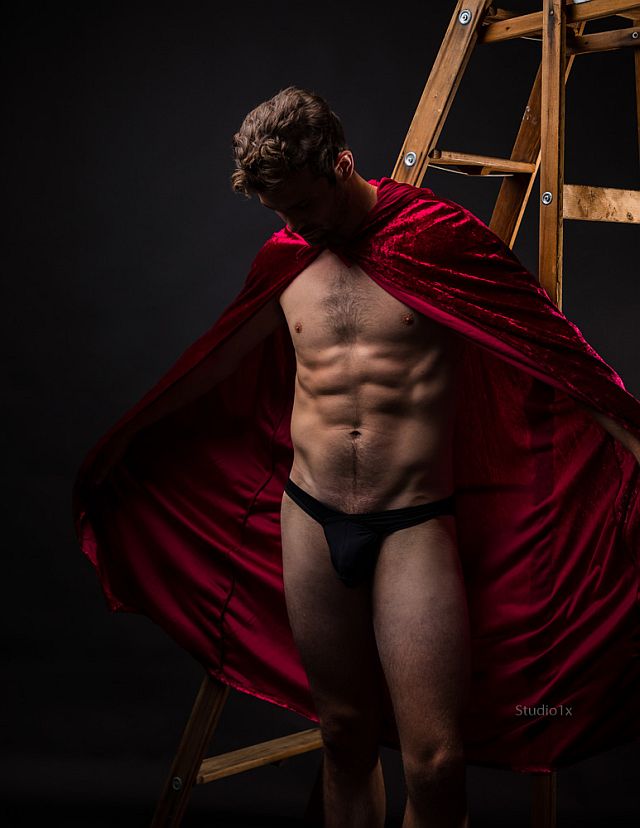 My love for Halloween didn't really kick in until then either.  I enjoyed it, but not enough to really invest much time or energy in a costume.  I remember one year, while in Cub Scouts, a group of us decided to go as the character from Gilligan's Island.  I was the Professor.  I think I chose him as I except for beige pants and a white-shirt, I only needed an island lei to complete the look. 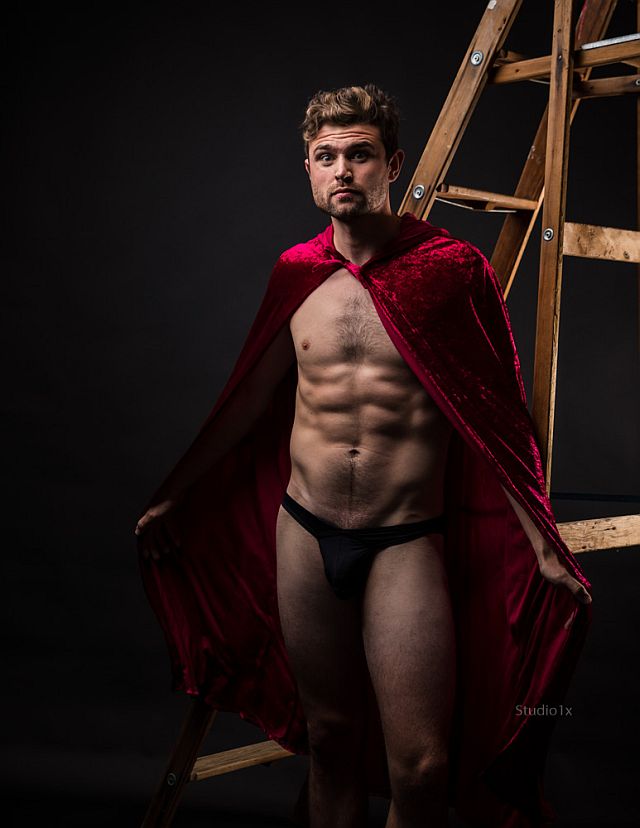 Almost every other year, between the ages of 8 and 18 I wore the same costume, a red cape.  Sometimes I added a face mask, or make-up, but the cape was my go to look.  My mother had made the cape for a costume for herself, sewn together from a red satin sheet.  Without planning, without thinking, I wore that red sheet to school costume day, dances, parties and out trick or treating.  I wore it so often, I used to get nagged by my friends about my costume laziness. 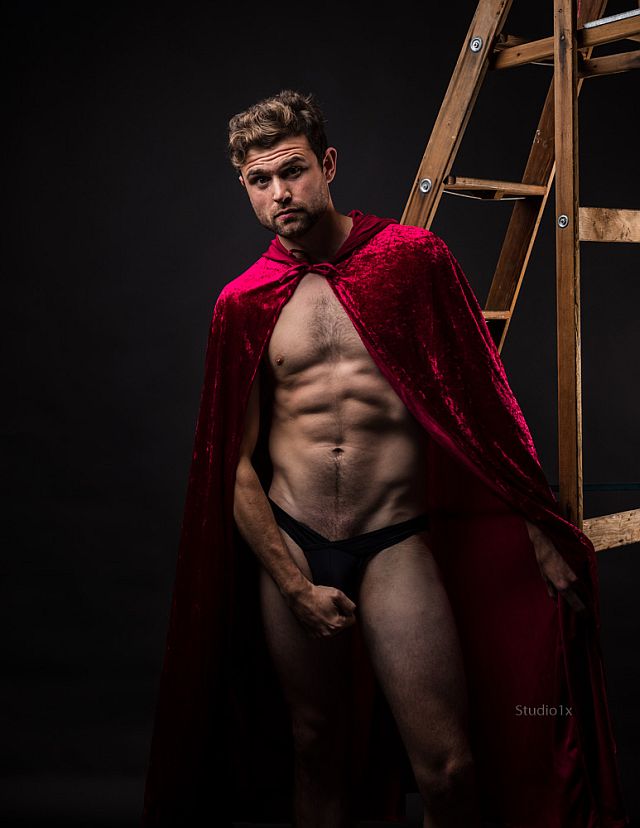 I miss that cape, I think my mother finally tossed it after I left for school.  I was never brave enough, nor really that interested, in dressing up as a woman, but looking back, I think the shimmering cape, may have been my substitute.  It was long and dramatic, and flowed when I walked.  It whirled in the air when I twirled around.  It was like my dress, but a passable dress, one that I felt safe to wear. 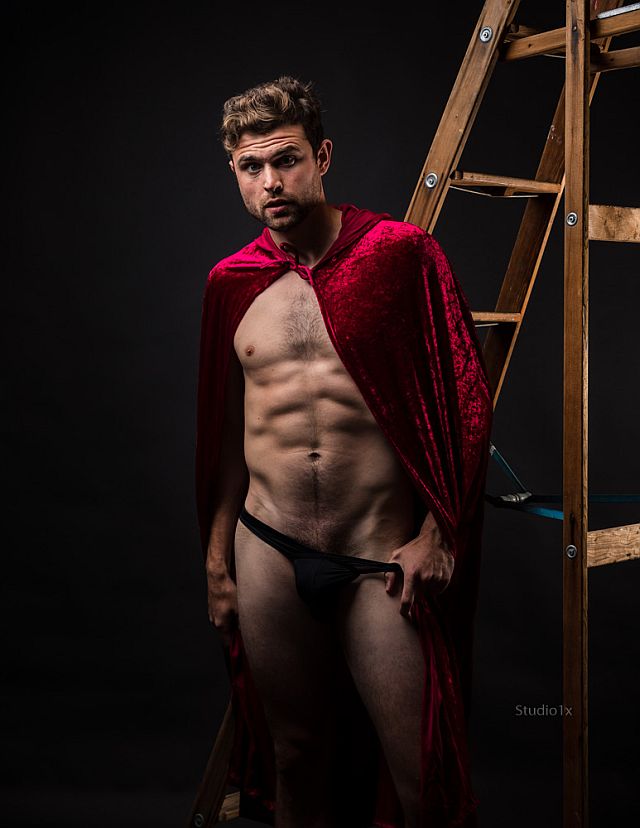 FH readers remember last Halloween was the site's season of the witch.  Holden was certainly the coven's leader and was the centerpiece of last years holiday posts.  Jim from Studio1x worked hard to capture my vision, and sent me on hundreds of shots and different looks for the piece. One set I didn't use last year was this series of Holden with cape and ladder.  I loved the red cape Jim used, and the memories of own Halloweens, so tucked these aside to kick off the season this year.  If you want to check Holden a witch, with a black hat, but without the sexy black briefs... check out last years post HERE: 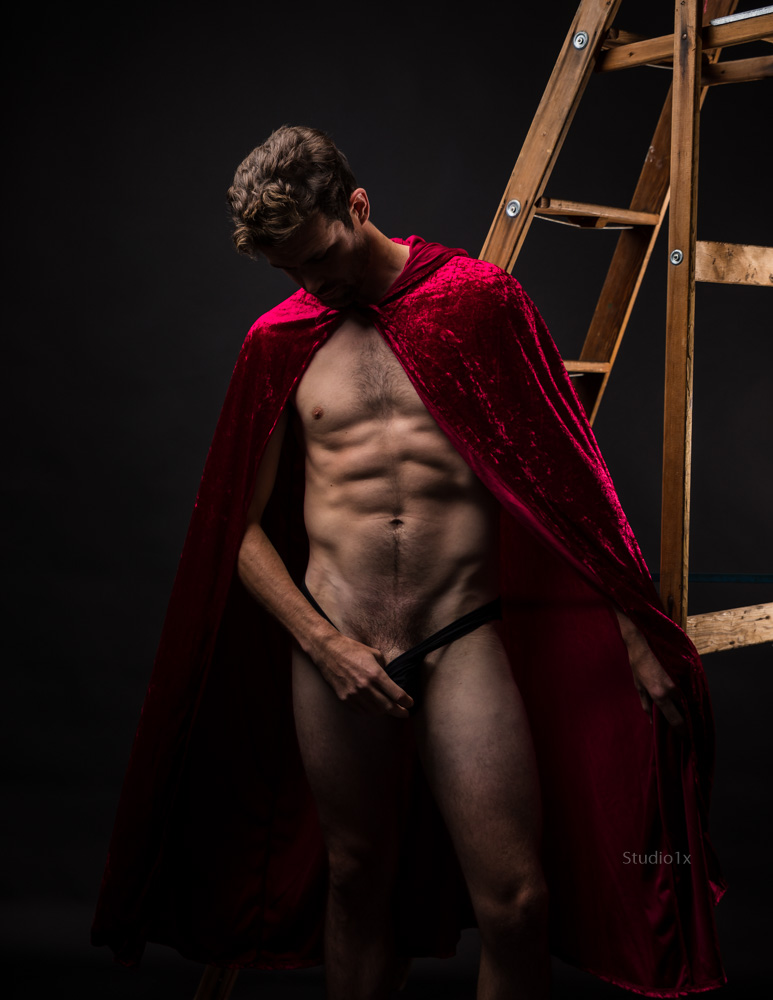 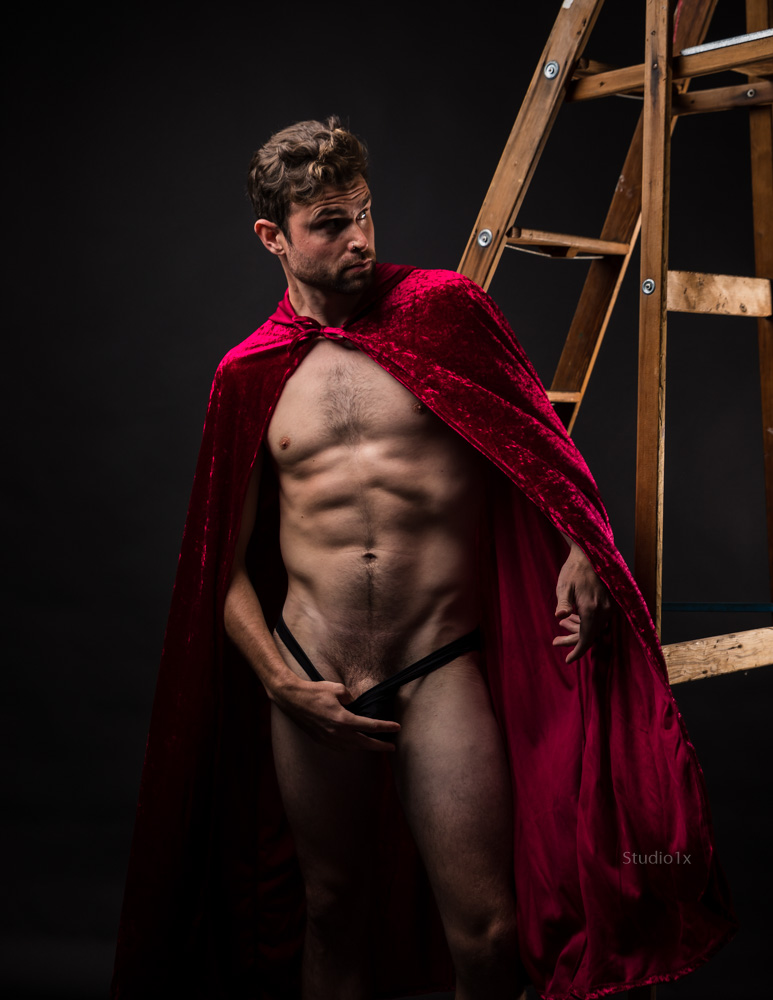