Favorite Pic of the Day for August 15th 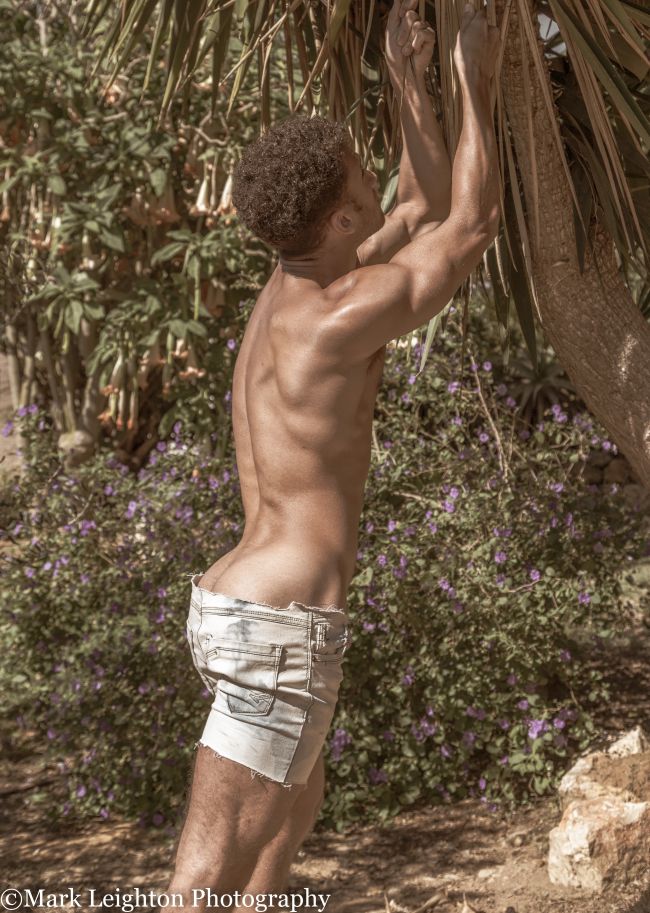 Above:
Mikael by Mark Leighton
-See More Below-
~Check out today's BIRTHDAYS HERE:~
at August 14, 2021 No comments: 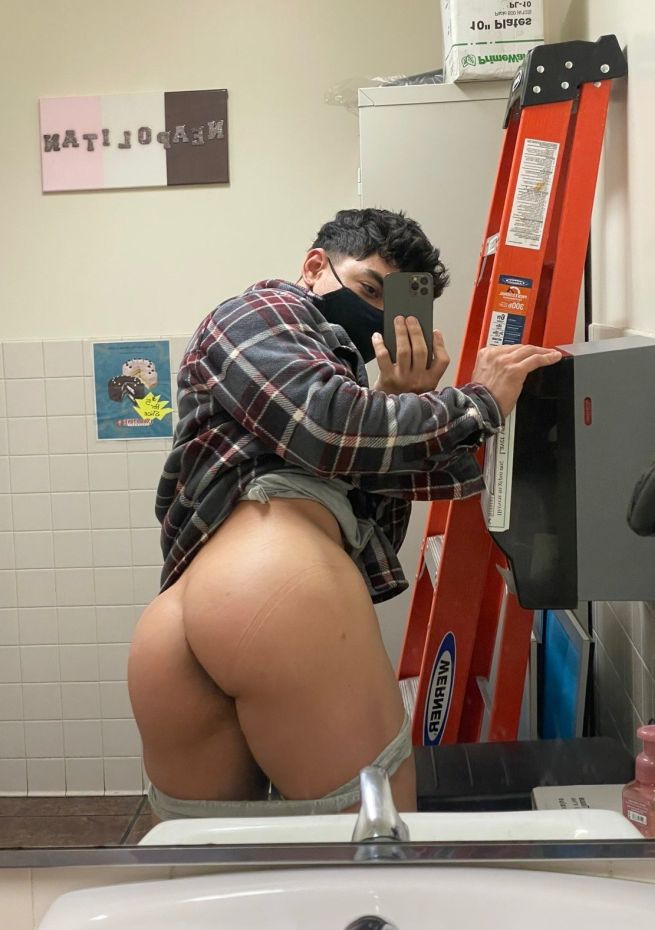 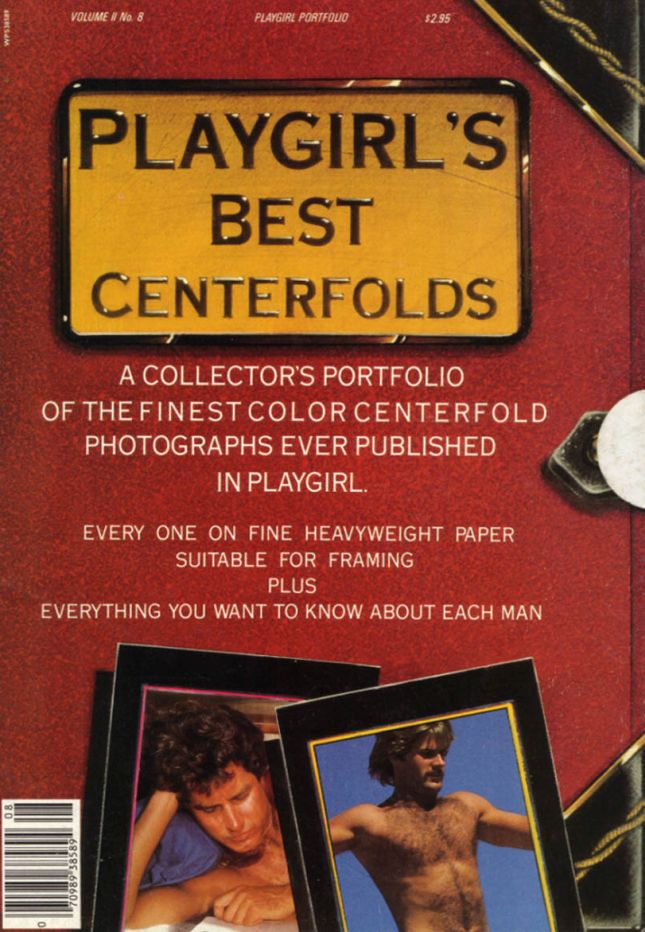 At Playgirl, we know you appreciate men.  Their looks, their talents, their innate sexuality.  That's the reason why over the past nine year's, we've brought you some of the world's outstanding males. Everything of course, must have it's place; as you have come to expect, we reserve the center pages of each issue of Playgirl for the best examples of manhood.  Here's another look at some of these superlative men.

Check out the Centerfold Special Edition from 1982 on the NEXT PAGE HERE: 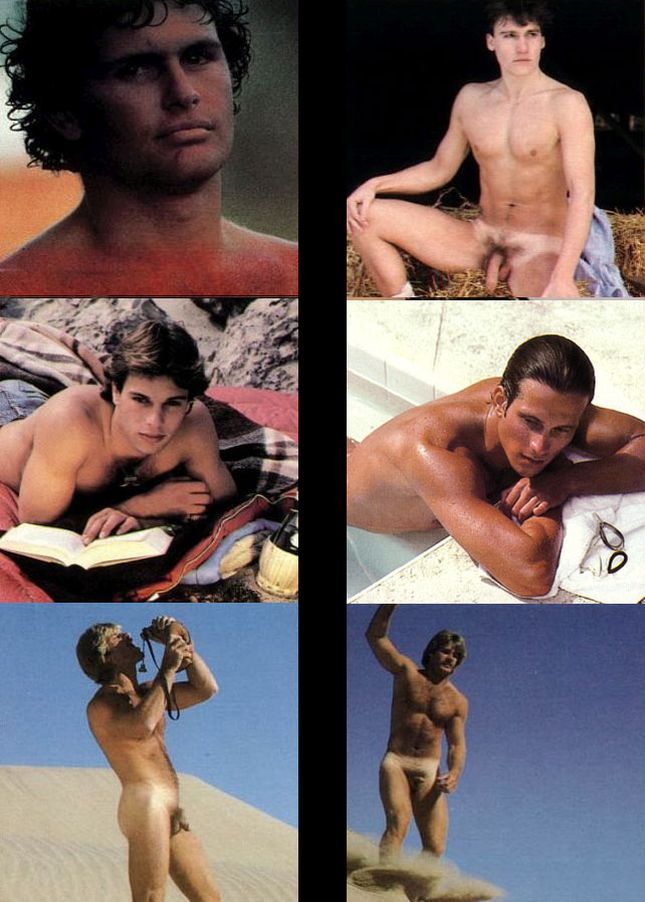 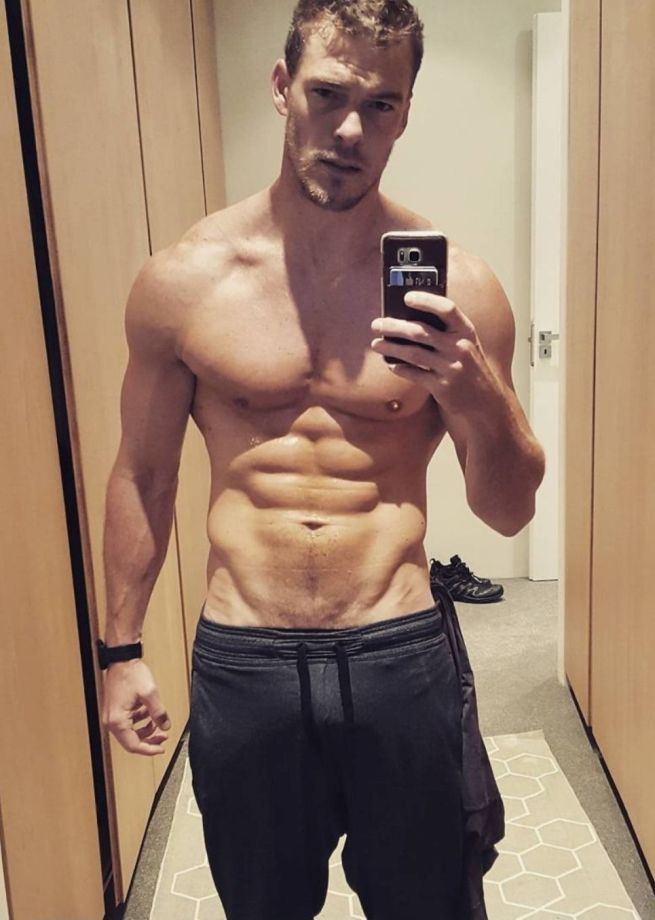 I'm not sure why I haven't checked out Titans yet, I usually give most Greg Berlanti shows a go.  I also try to check everything involving actor  Brenton Thwaites.  It might be the superhero thing, I think between TV and movies, we're close to overdosing on all things Marvel and DC related. 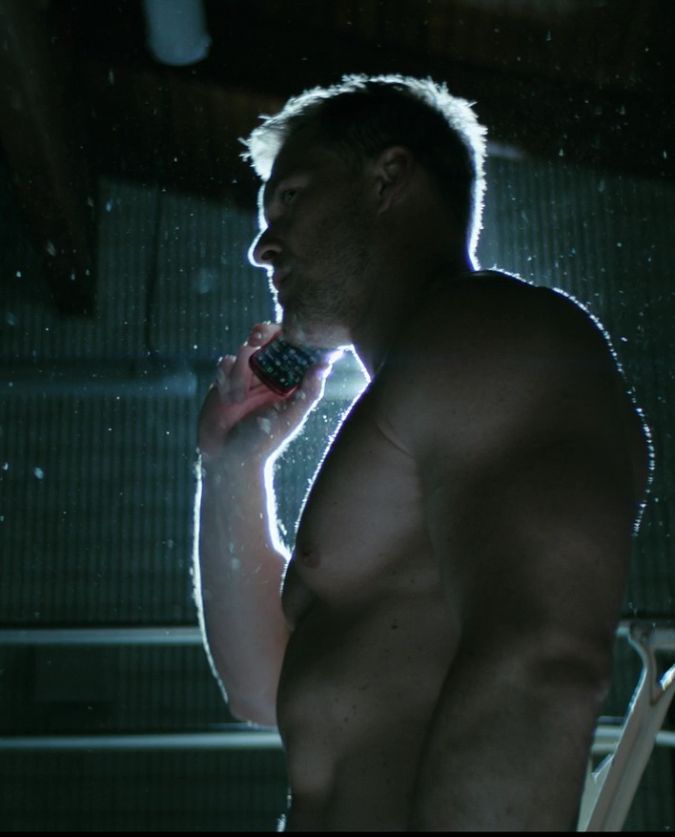 Titans also features actor Alan Ritchson, and actor I've been following since first seeing him on Smallville.  Ritchson first appeared on FH back in 2007 when he was playing another superhero, at the time it was his turn as Aquaman.  In the latest episode of Titans, Ritchson gets back in the water, although this time, he peeled of fhis scales. 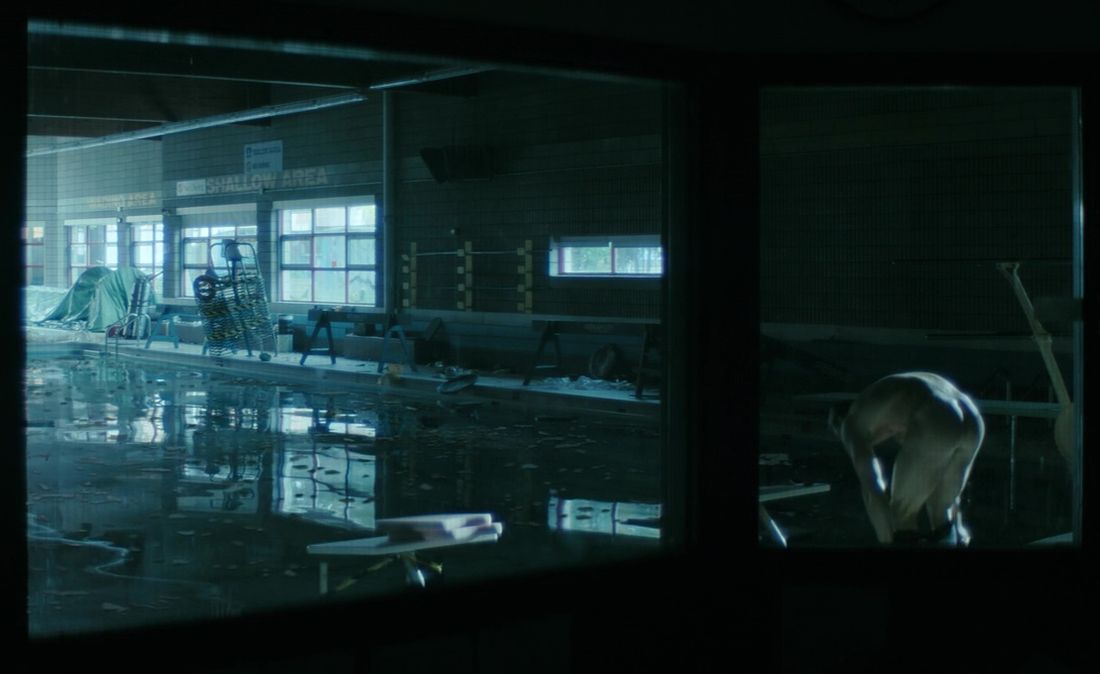 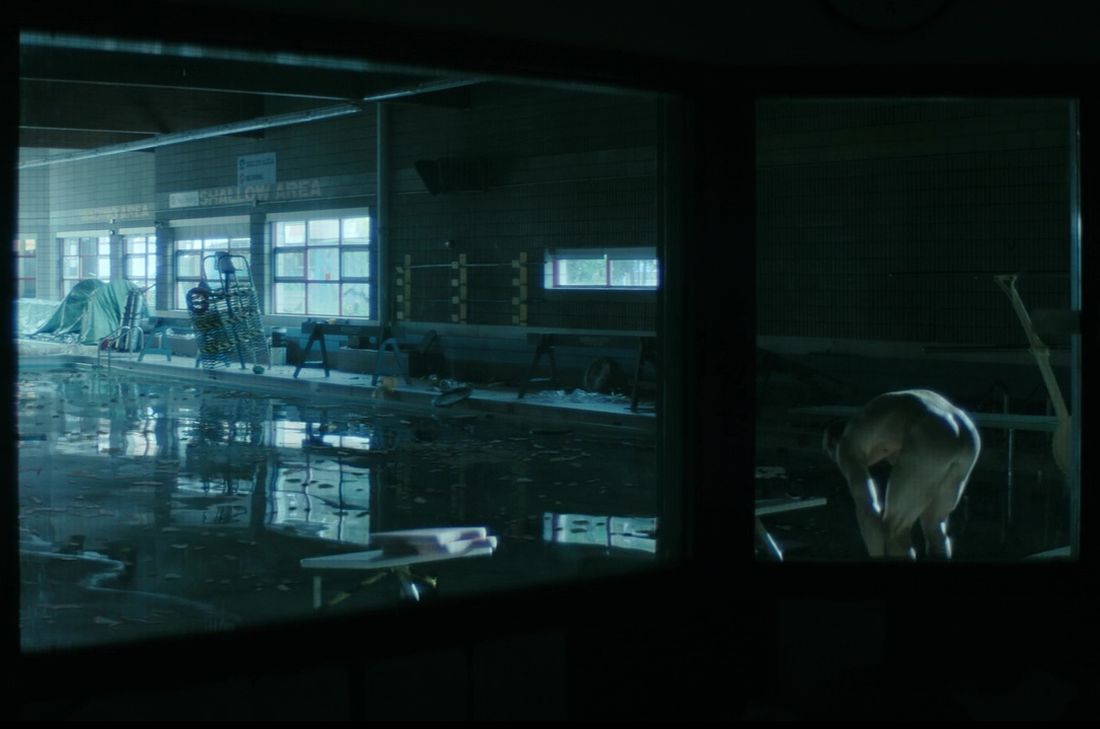 The actor's beefy butt has never looked better, and the embarrassment element of the scene makes it even hotter.  Ritchson's character Hank Hall is forced to strip in order to prove he's not wearing a wire.  Richson is taking on another action hero in his next project taking on the role of Jack Reacher in the new Amazon series. 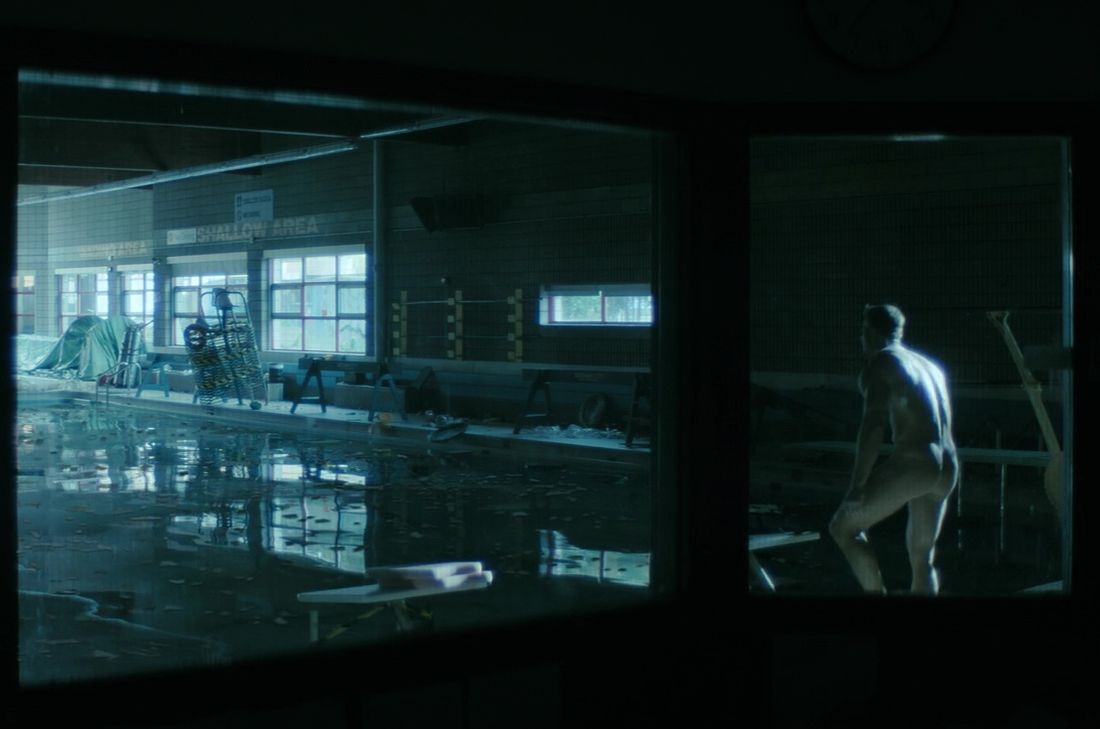 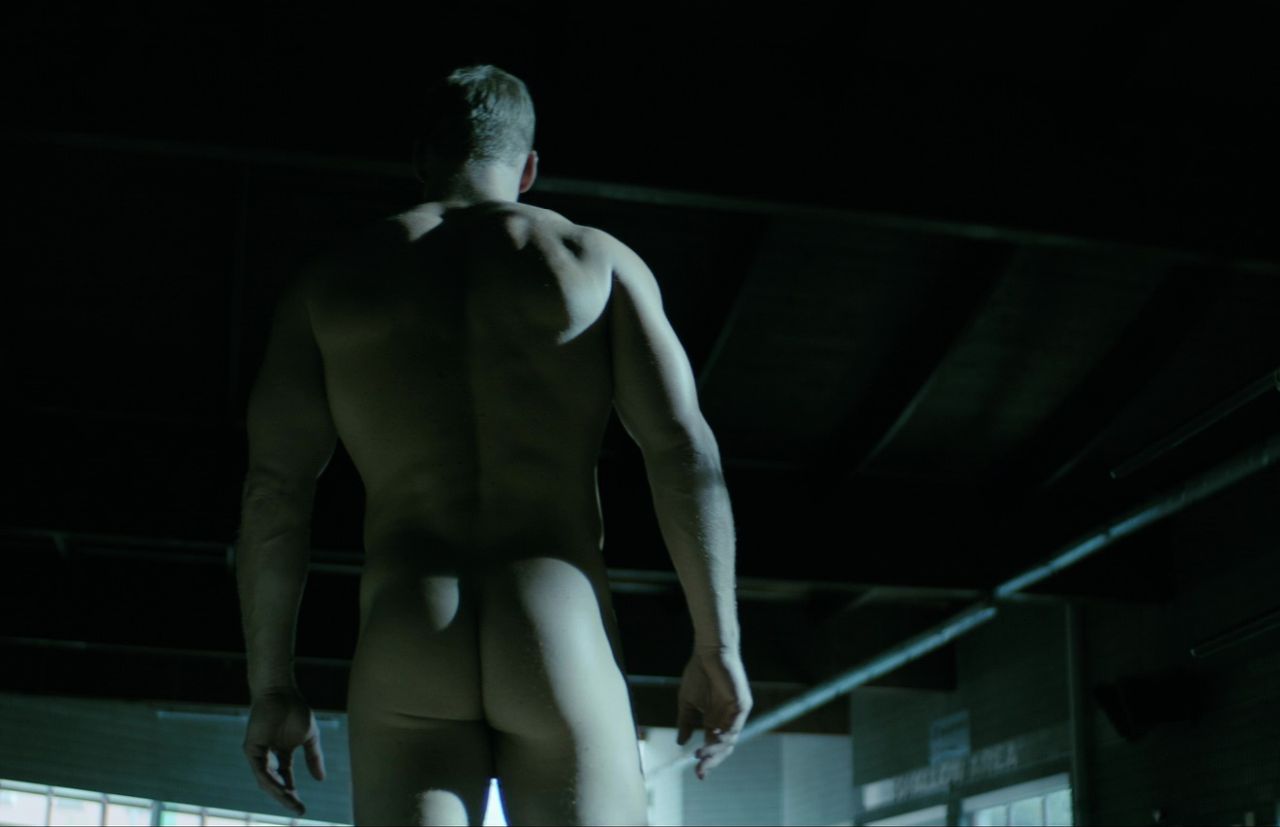 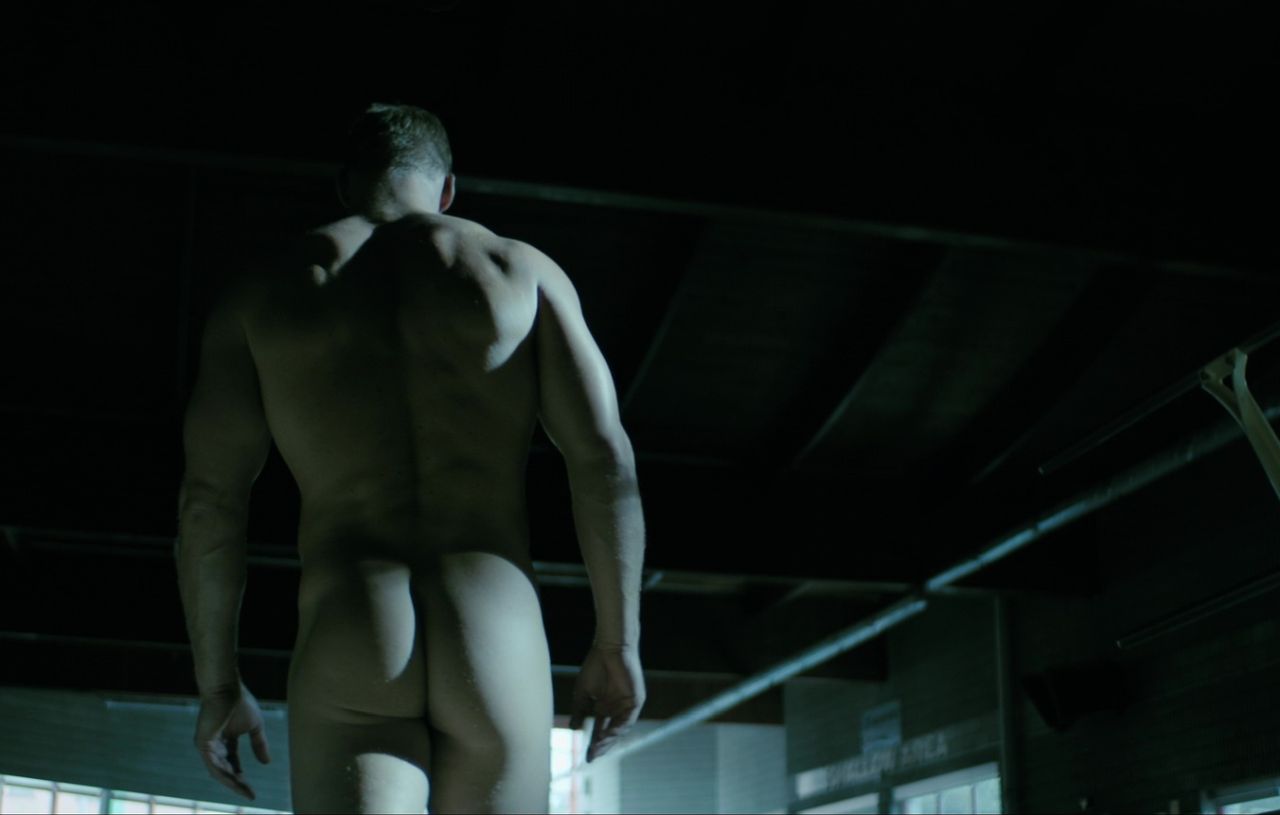 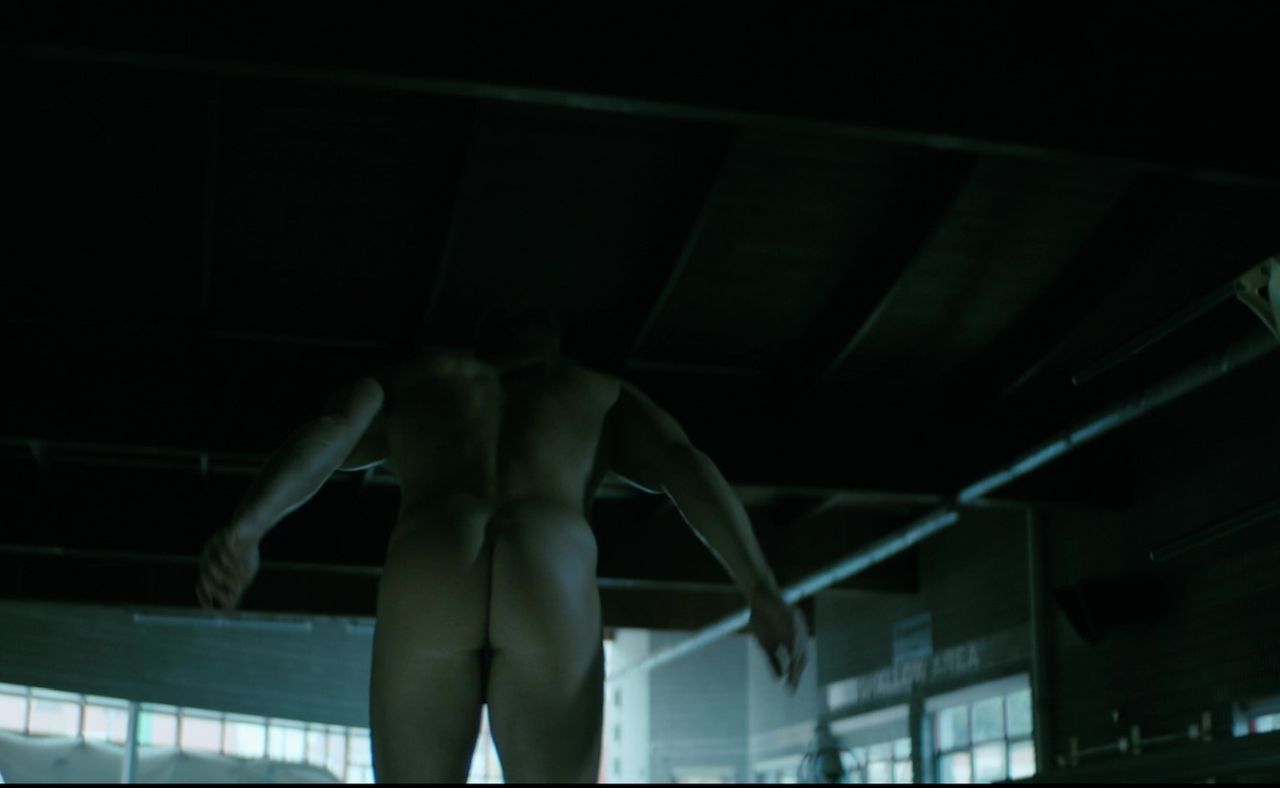 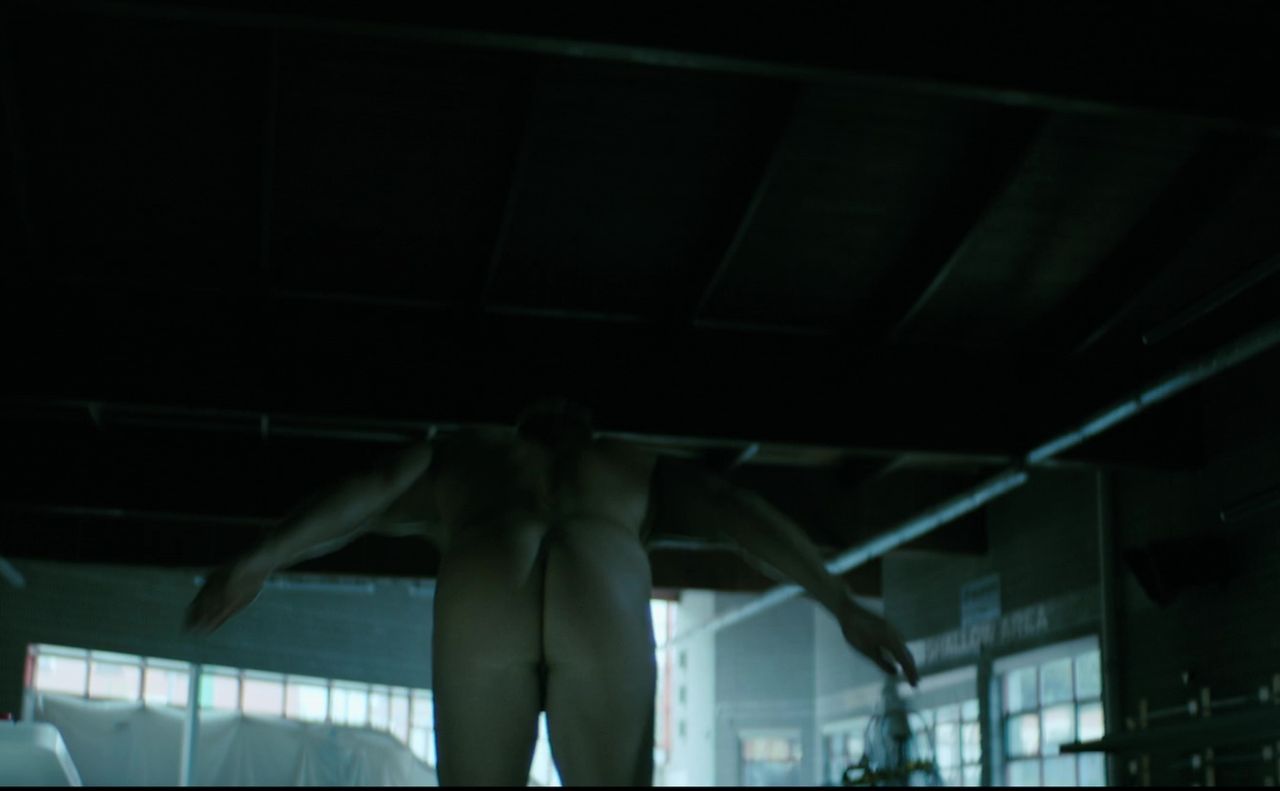 My Own Little Prized Project: Mikael by Mark Leighton 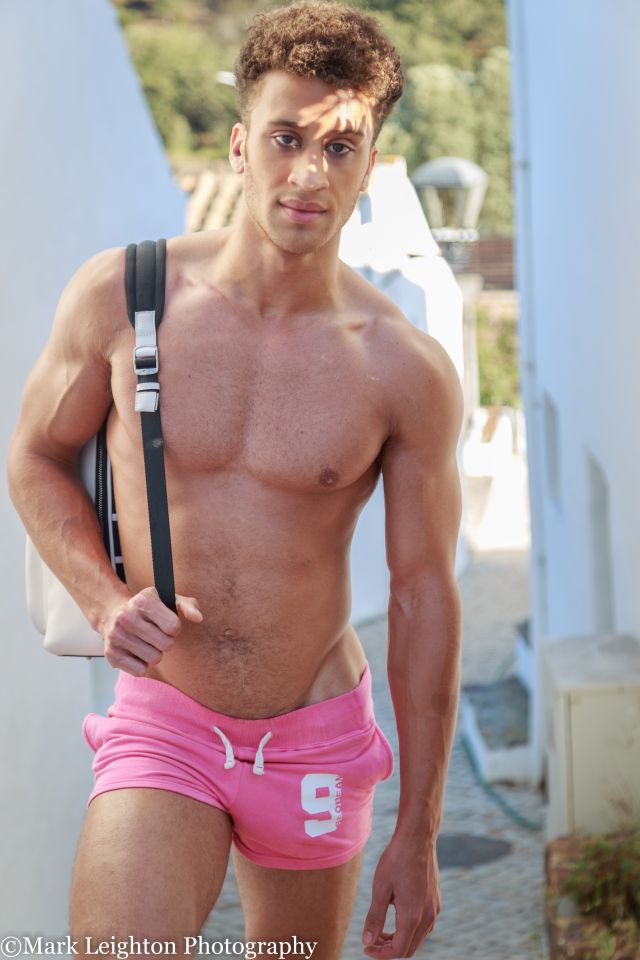 'I had never been in front a camera nude before that but I thought it was a challenge, and I figured Id probably like the attention if I could get past my own embarrassment.'
Mikael 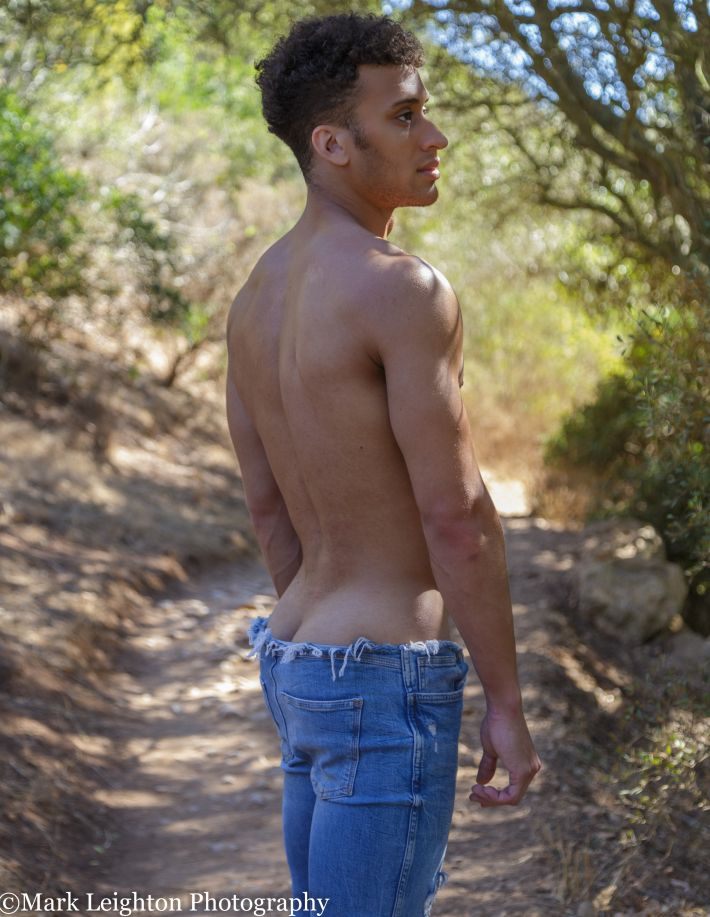 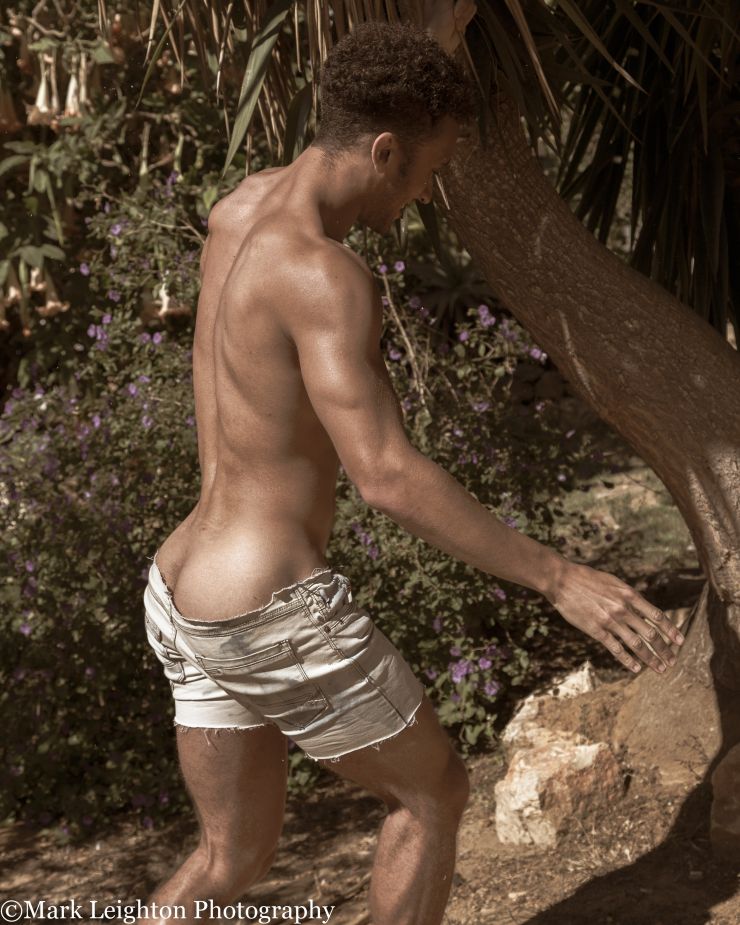 Although he traveled for work, you can sense Mikael's fascination with his new surroundings, especially as he explores some of his destinations most beautiful locations.  I've always loved how Mark so beautifully captures the models he shoots with location.  Mikael is not just posing by a rock or by the ocean, he's experiencing them as well.  Mark's images almost feel as if he was following Mikael on a journey, secretly chronicling his day.  This approach enables the viewer to also experience what Mikael is seeing and feeling along the way. 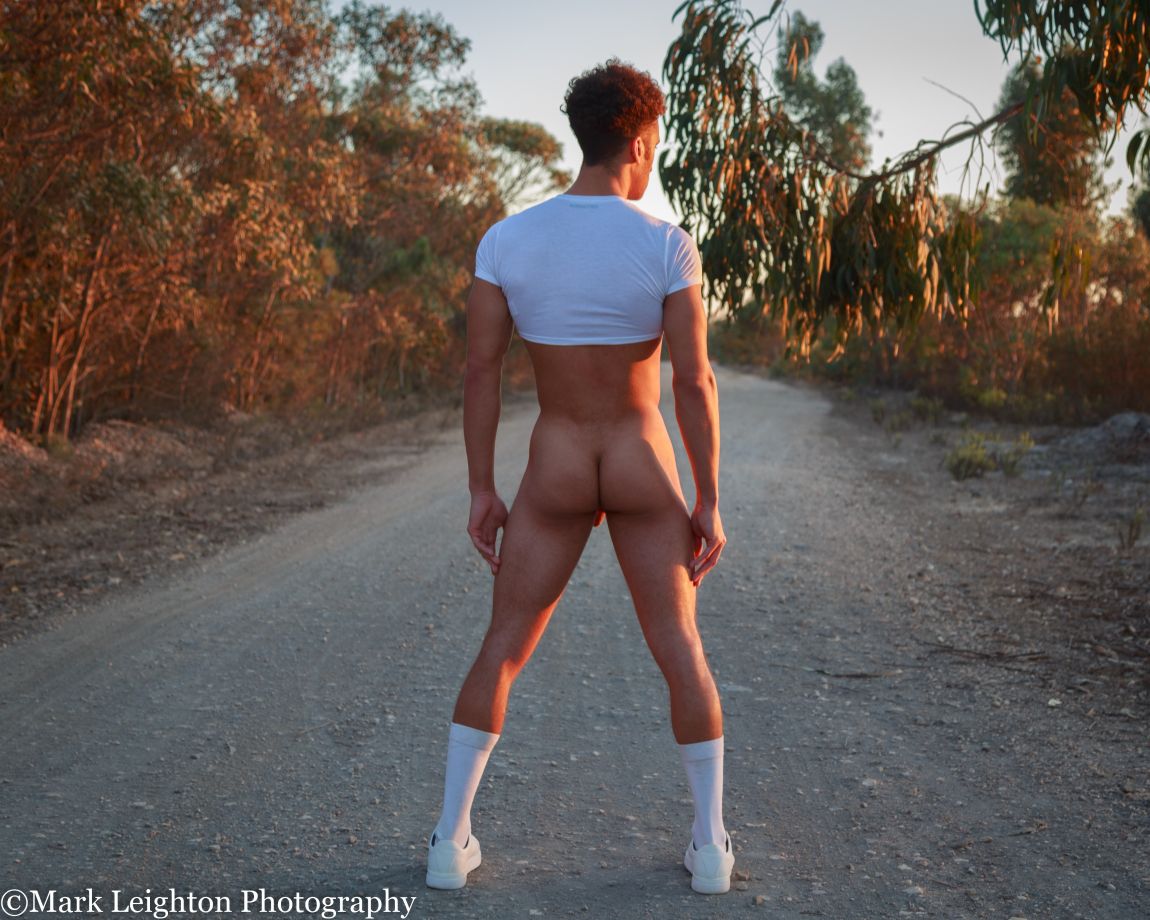 When I first featured Mark's work with Mikael, the text and story were from Mark's point of view.  Given that Mark sent on so many incredible shots, I knew I wanted to do a follow-up. When I began putting the piece together, I thought it would be great if this piece, was Mikael's perspective.  I was especially interested in his thoughts given this wasn't just his second shoot, and his first time every doing nude and full body shots.  I shot Mikael a few questions, and he generously shared his thoughts on the day, the overall experience, and his feelings after seeing the final images. 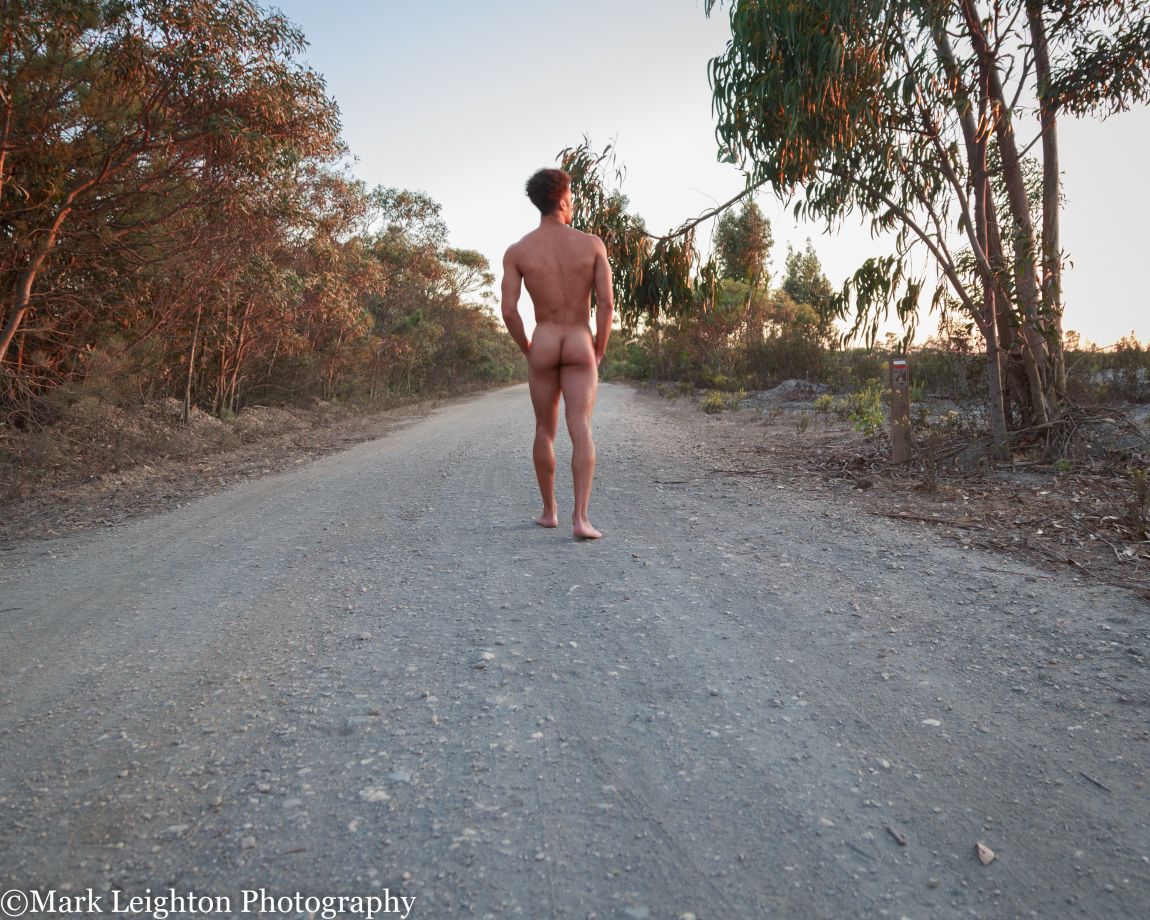 Mark found me on PurplePort after another photographer who did my first (ever) professional headshots created an account on my behalf and posted it up there  It was mid October and I was skeptical as I had never modelled before, let alone travelling abroad to shoot ! Mark was very reassuring and professional, even in spite of my lack of experience, and I felt comfortable enough to Agree to a shoot. Plus I couldn’t pass up an opportunity to travel for free in the middle of a seemingly indefinite lockdown. 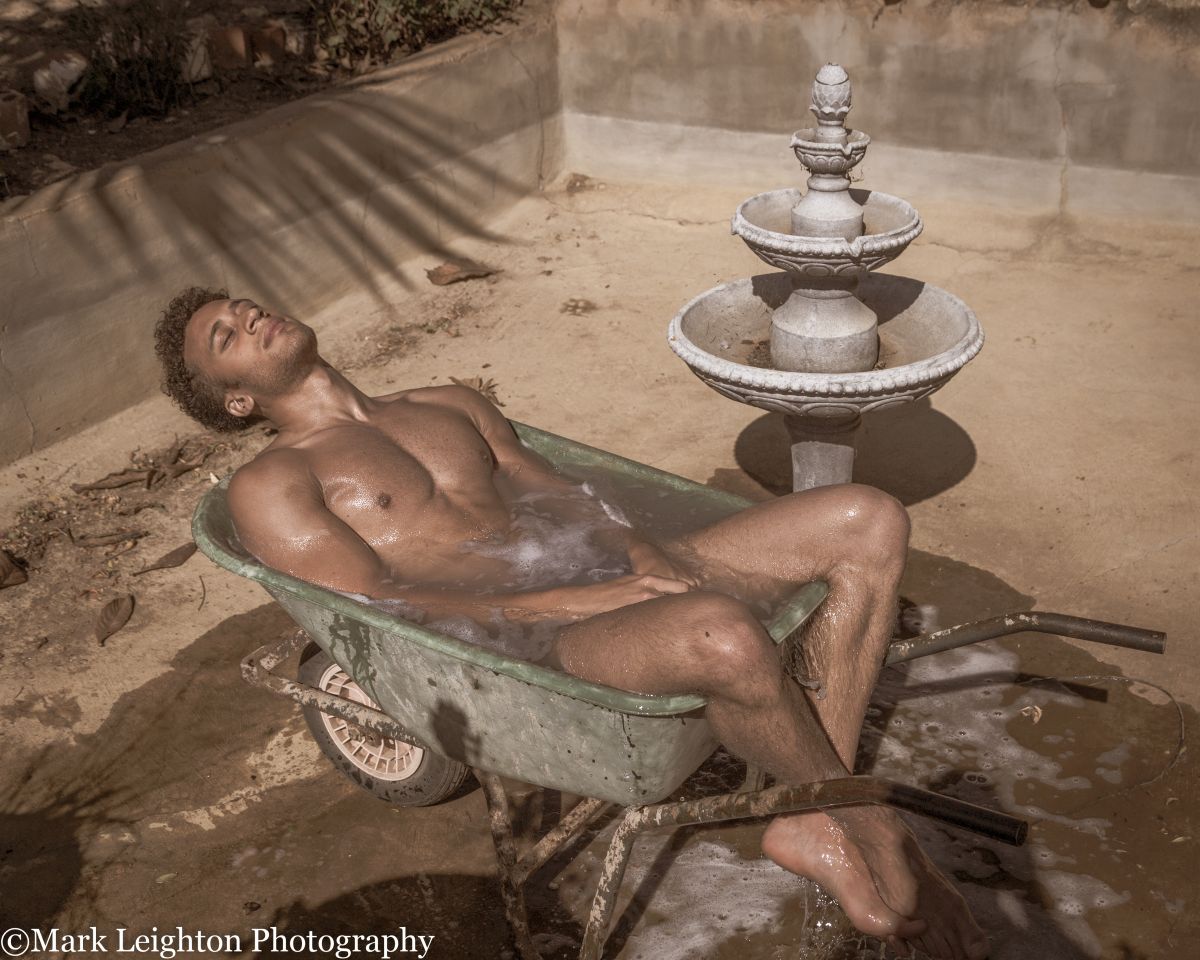 Mark let me know about his style of photography being artistic nudes, at that point I went through his entire profile and even his website before replying. I could see he was an incredible photographer with a distinct eye, and I was then flattered by the offer as the models he used seemed very experienced and comfortable in front of the camera in a way I absolutely wasn’t . I ultimately went out there as a leap of faith in my abilities and his patience. 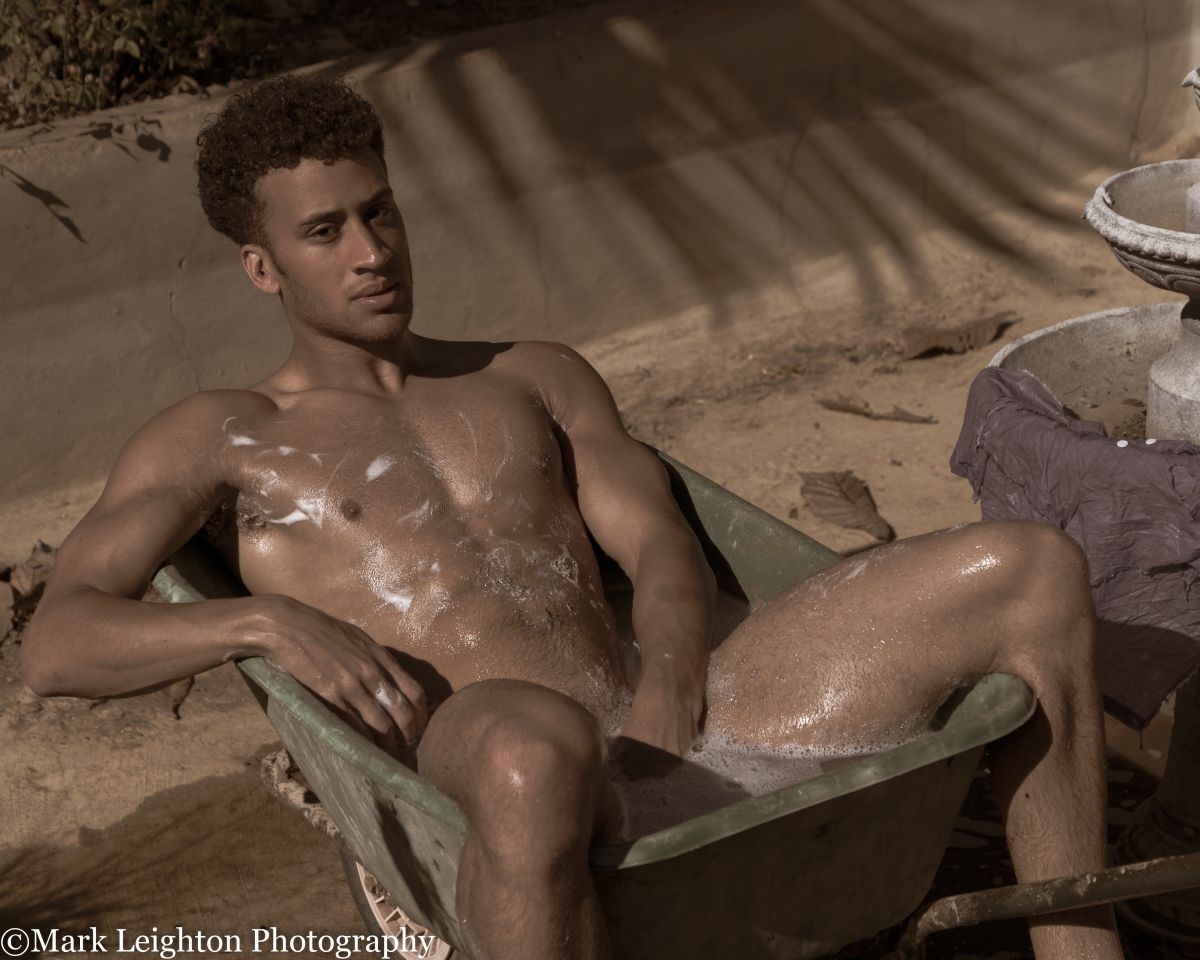 I initially was very conscious of the idea he could be wasting his time, energy and money on giving me this opportunity but he was always kind and generous in his reassurance. The first day we only shot a few frames as he could tell I was too in my head to shoot. He took the time to get to know me and for me to get to know him in a very relaxed and casual way - incredibly complimentary and uplifting in his words which helped me relax enormously and then by the second and third day we were shooting more and more. 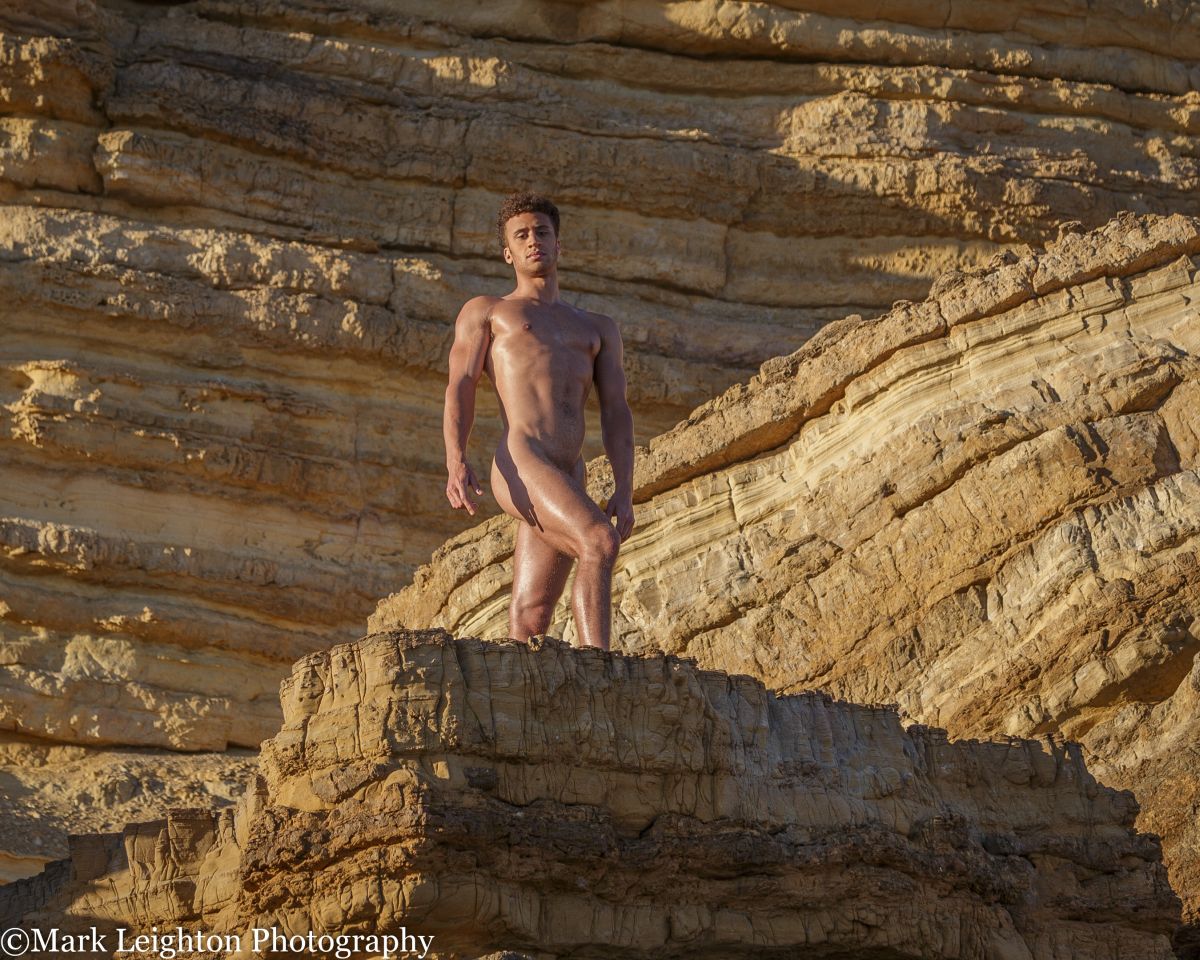 I had never been in front a camera nude before that but I thought it was a challenge, and I figured Id probably like the attention if I could get past my own embarrassment - it sort of helped my general self consciousness as you’re forced to submit to the shot as opposed to control how you are perceived. 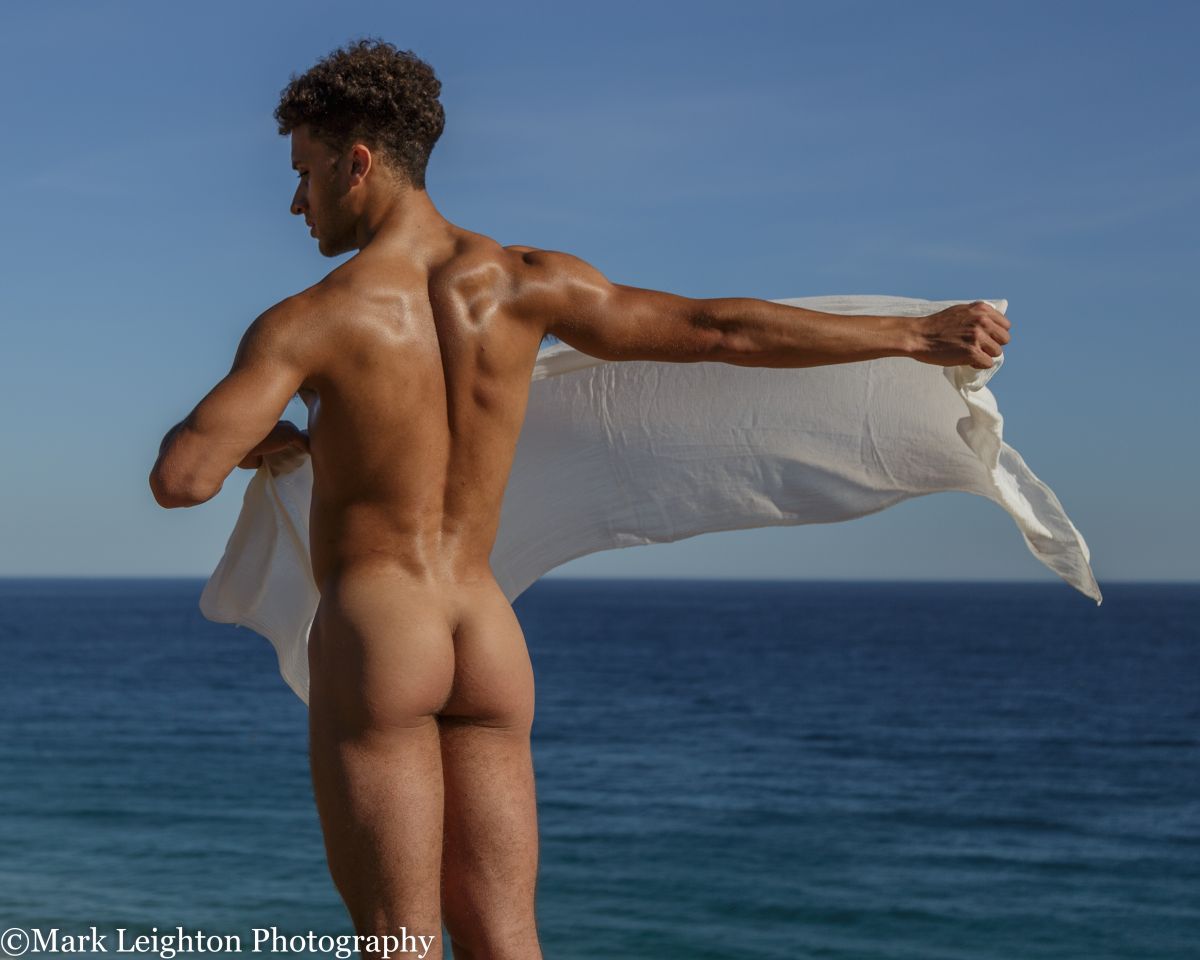 It was most definitely a challenge but well worth it as It’s got me loads of opportunities and helped build a small network of good photographers/creatives who I’m slowly building up my portfolio with Sort of a surreal feeling seeing the shots, I initially had a lot to say against how I looked but he helped me let go of what I wanted myself to look like and highlighted what he saw from an objective point of view which changed my world in a sense. 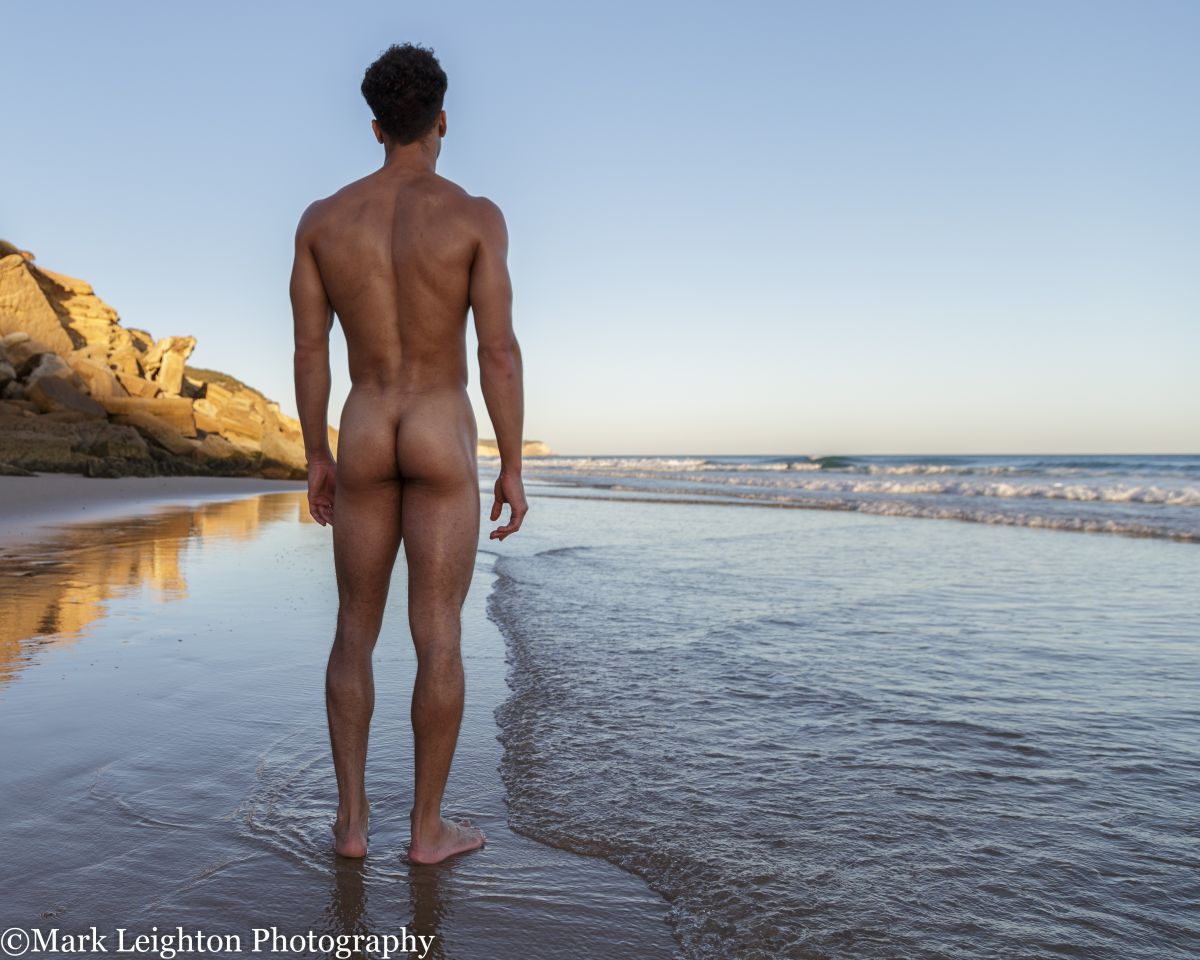 It wasn’t really until the shoots were all done and Mark gave me the shots to go through and pick from that I got some perspective and felt a sense of pride and satisfaction with what we had achieved . Mark however was cheerleading me the whole time and I could tell the shots were getting increasingly better as a result. 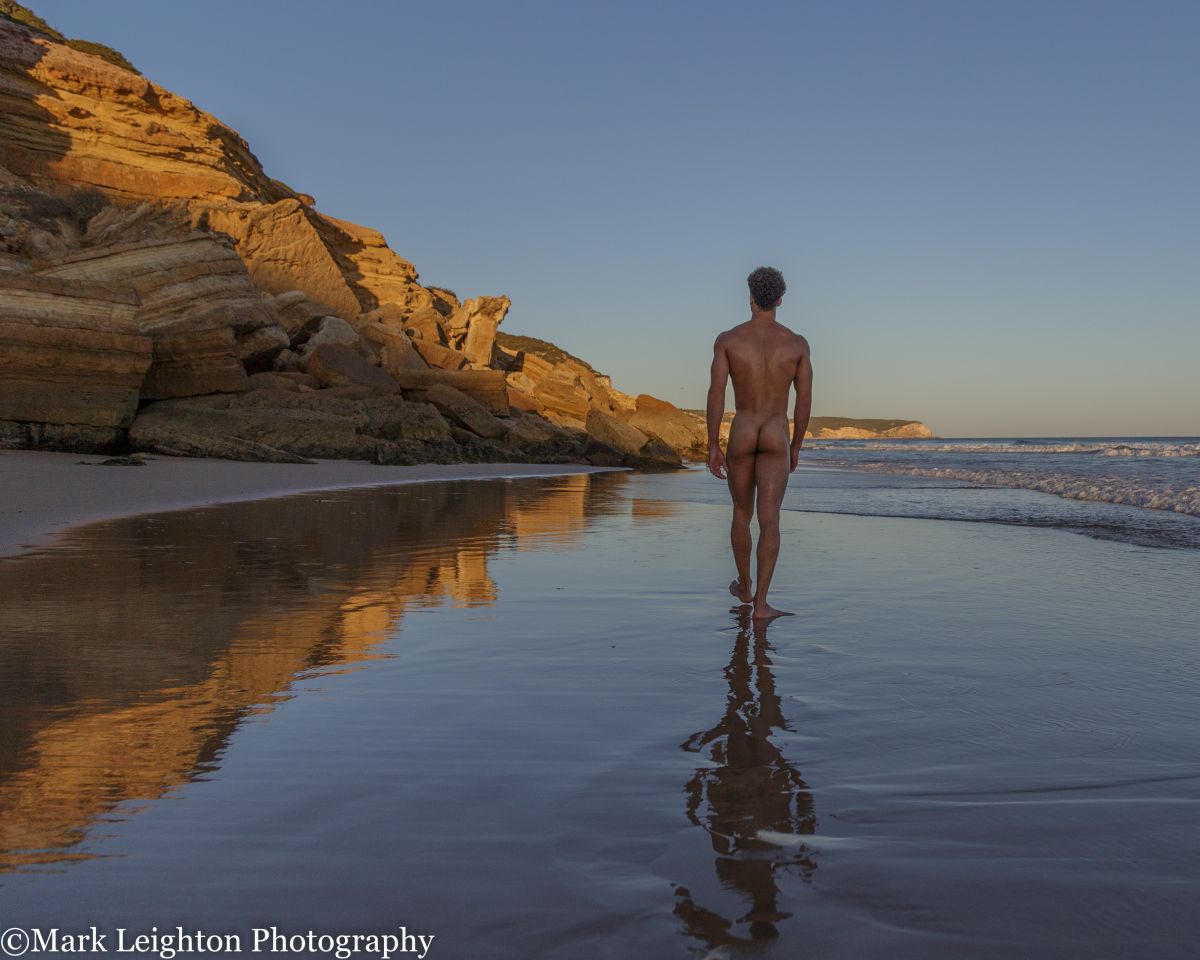 I kept it private for a while, I've showed a few friends since then but I kind of like keeping it low key as it exposes me, literally, in ways that most people in my day to day life don’t see. Haven’t showed my family yet out of embarrassment for both them and myself, however They know I’ve been out to Portugal, and photo shoots I’ve had here n there since my shoot with Mark. But Other than that it’s sort of my own little prized project I did for myself more than anything. 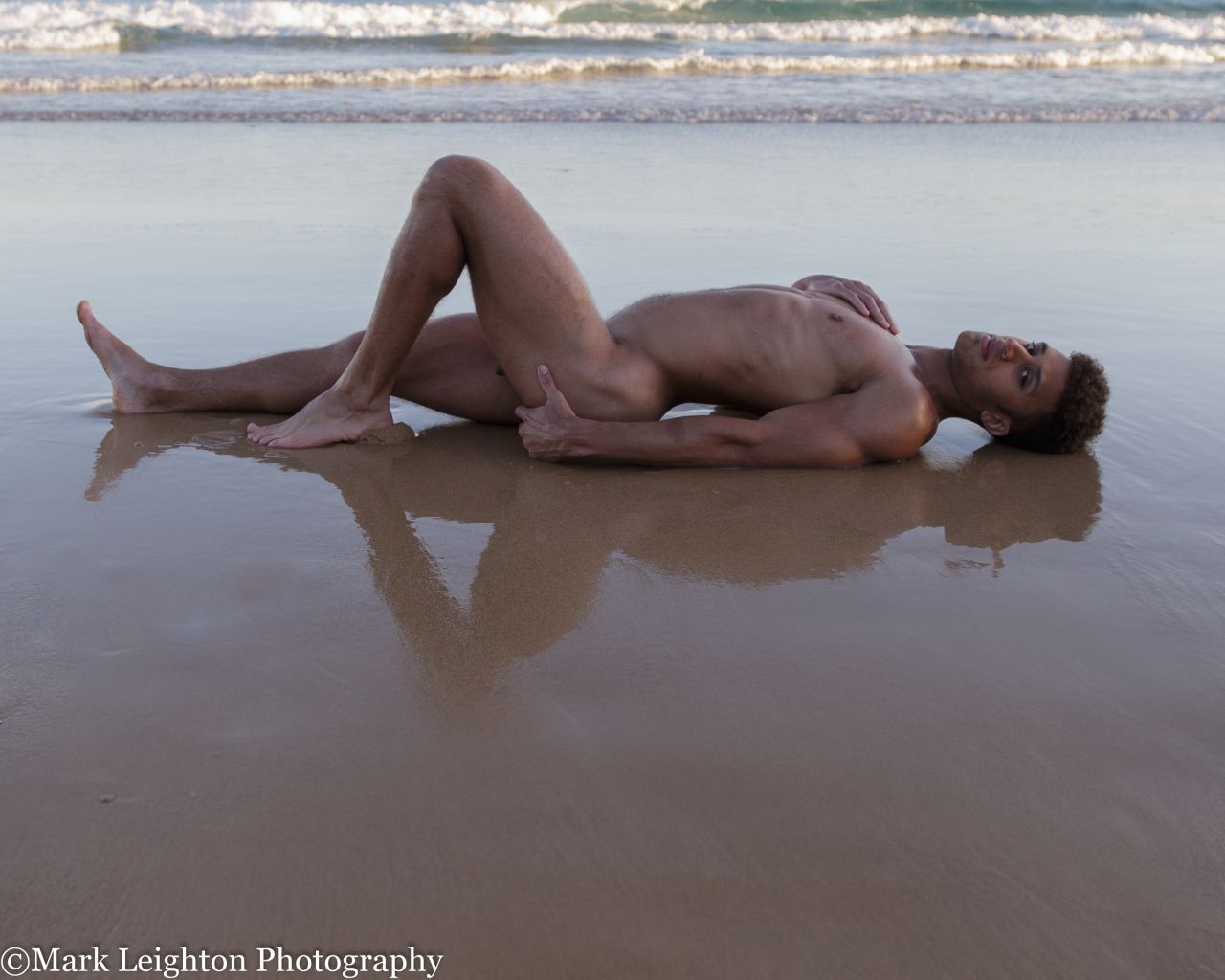 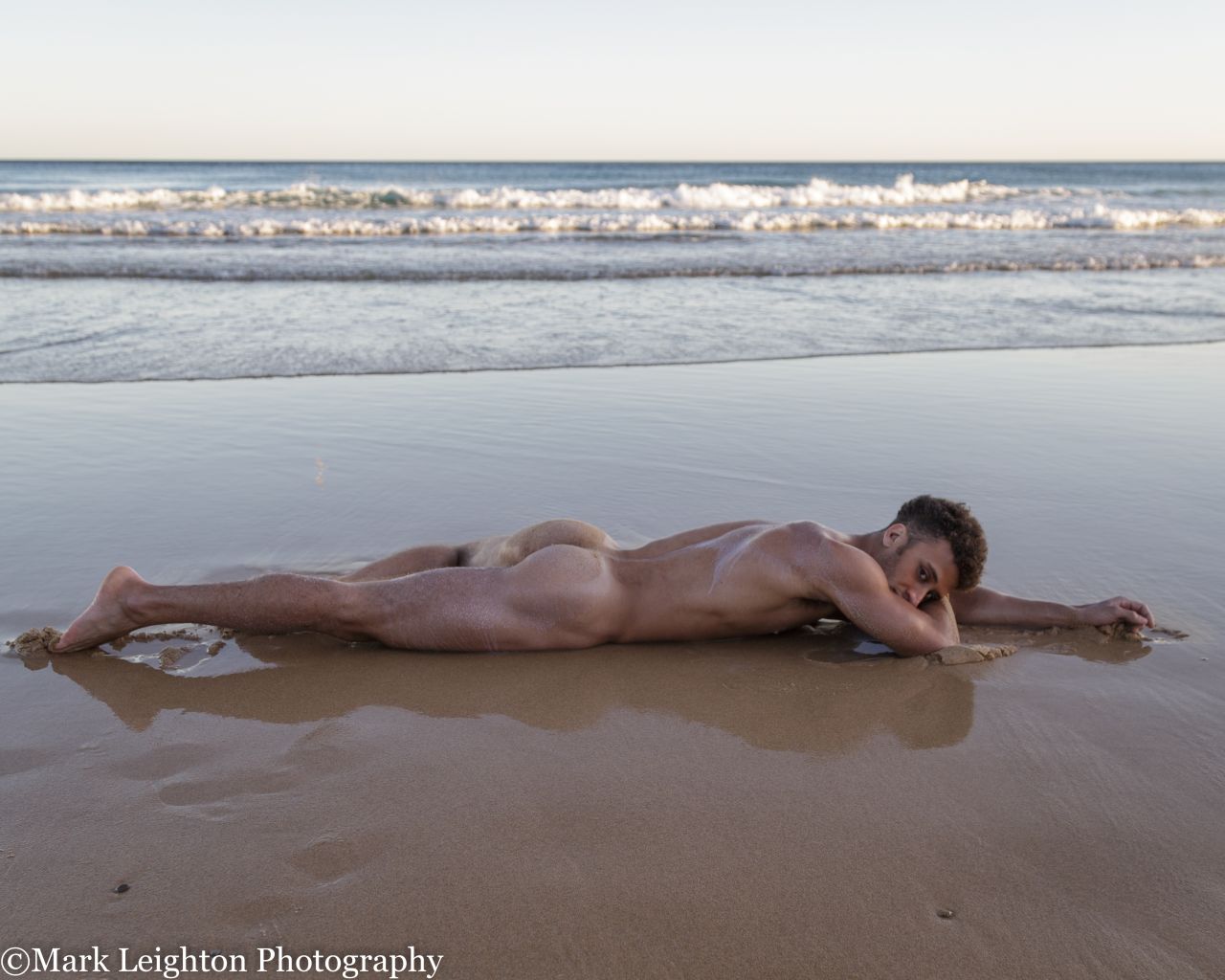 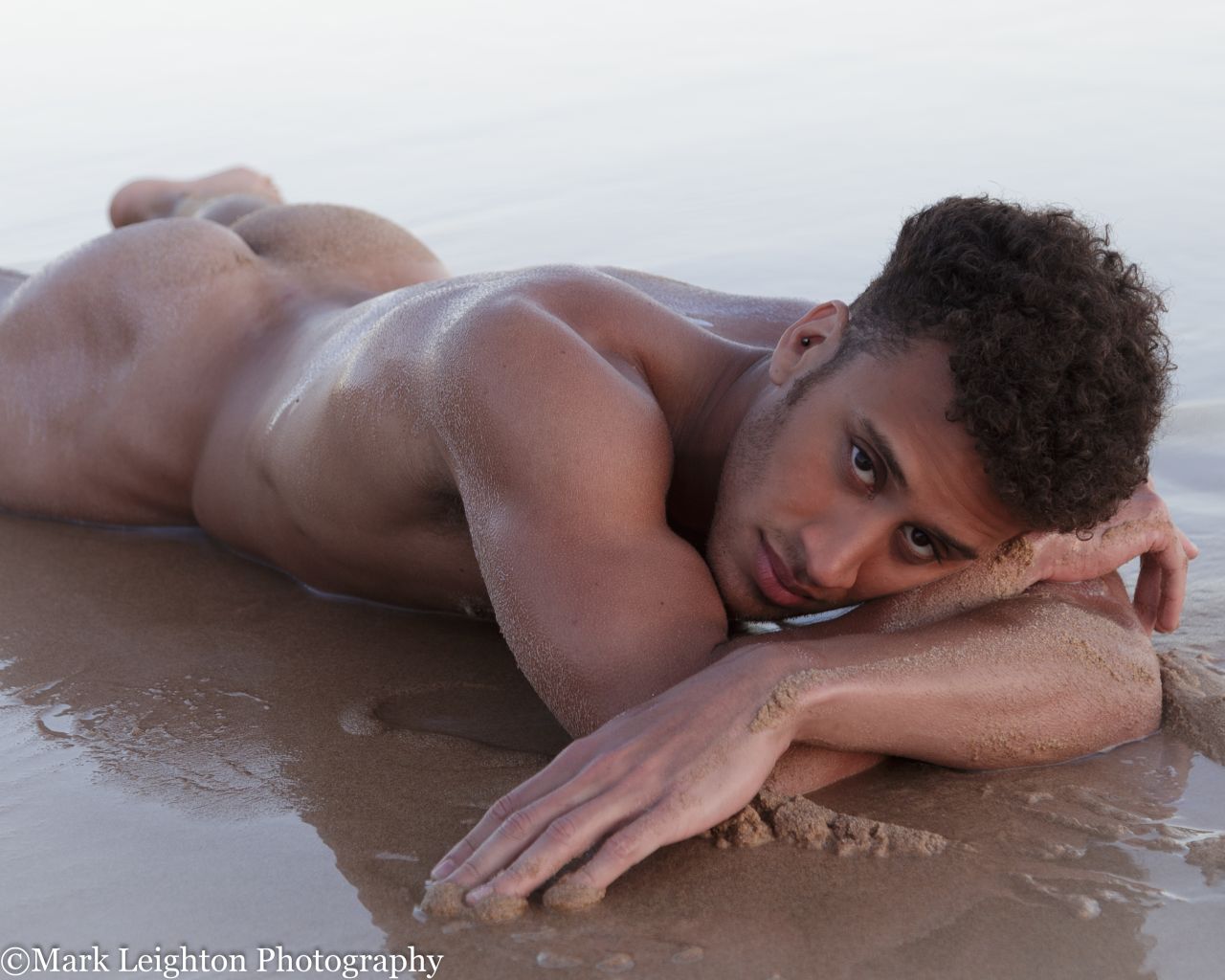