Favorite Pic of the Day for August 1st 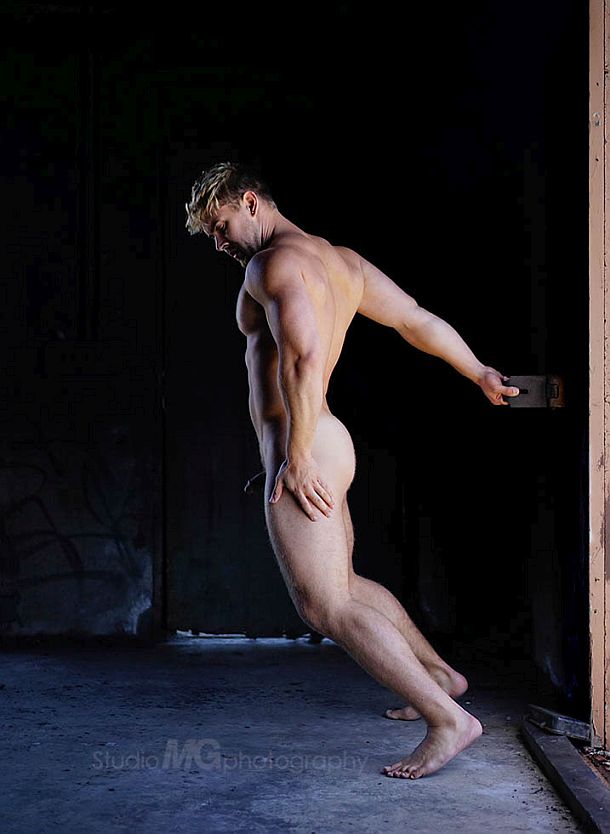 Above:
Yorgen by StudioMGphotography
-See More Below-
at July 31, 2017 No comments: 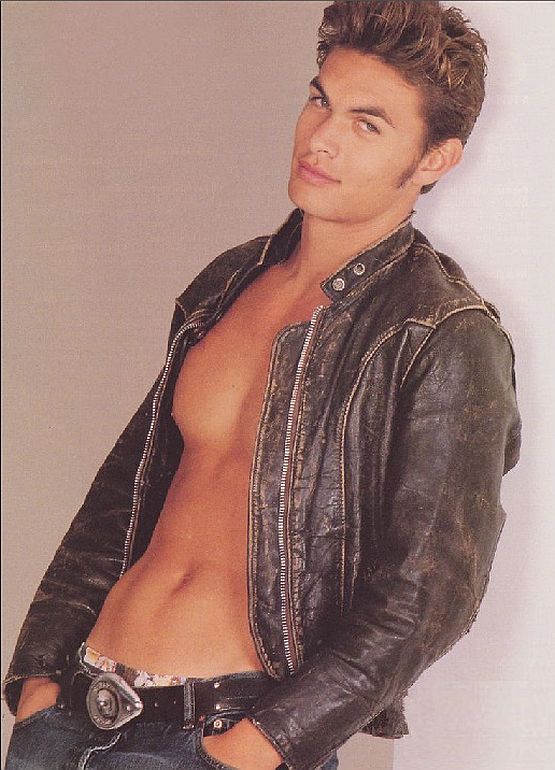 *A note about links. I became aware recently, that older birthday links were not working, only sending viewers to another 'content warning' page, and not letting you view the page. I think I fixed the issue, so hopefully links will work from this point forward! 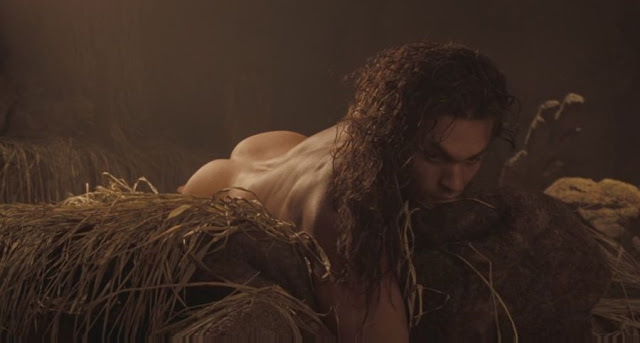 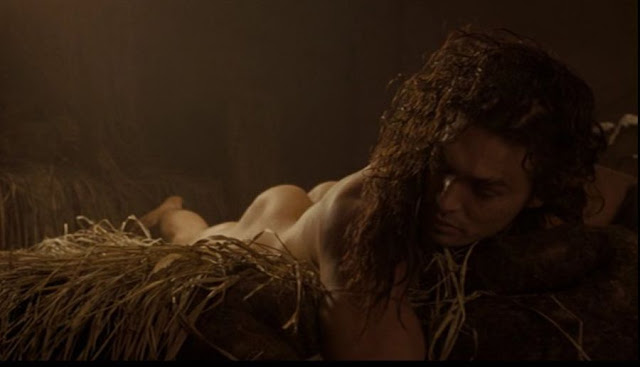 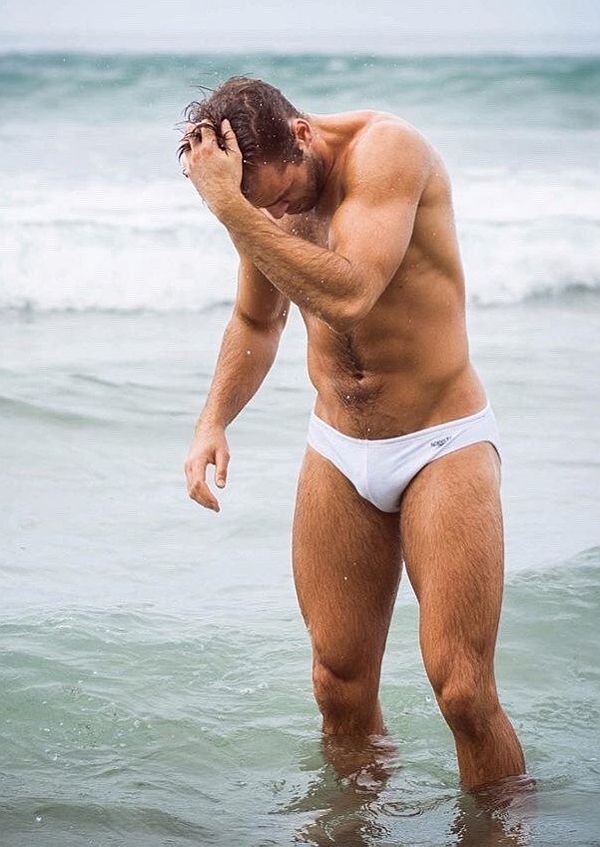 It takes confidence to wear white in the waves.
at July 31, 2017 No comments: 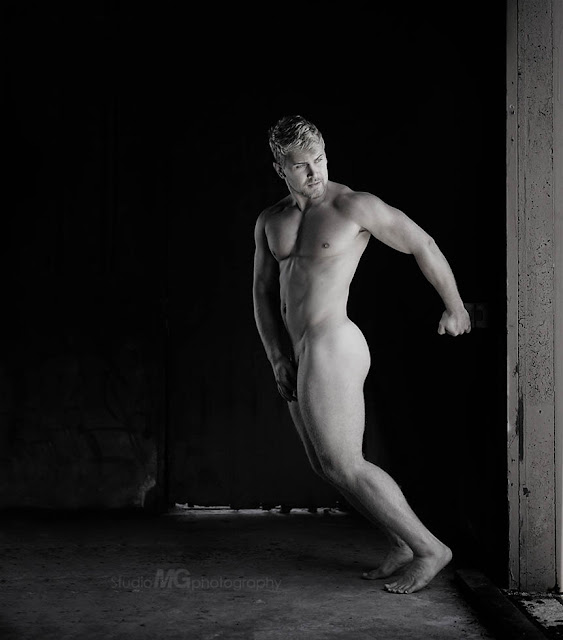 'Yorgen's ass should be insured for at least a million dollars. there are assets and then there are cheeks that bring tears to the eyes with their perfect sculpture.' 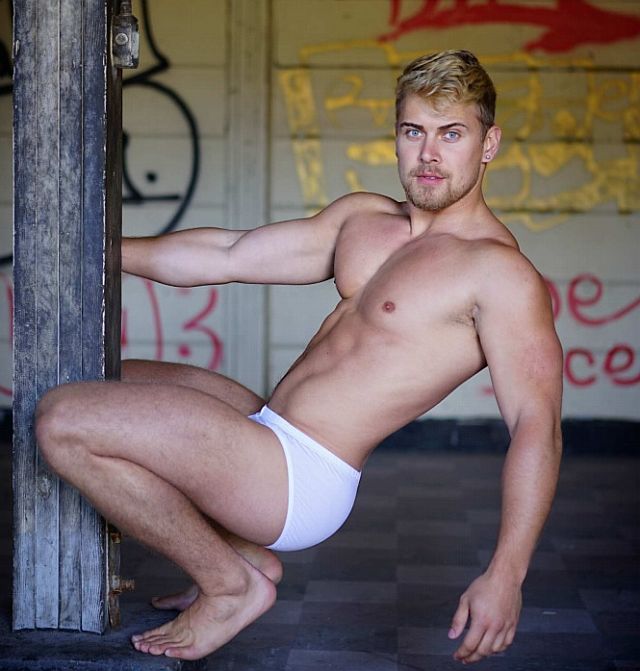 I can't take credit for the quote above, that goes to FH reader petercox97, who left the quote as a comment the last time I featured Yorgen's images from StudioMGphotography. I do think however, it's beautifully on point. His sculptured backside, not to mention his beautiful blue eyes, and thick, muscular legs, had me yearning for more of Yorgen. 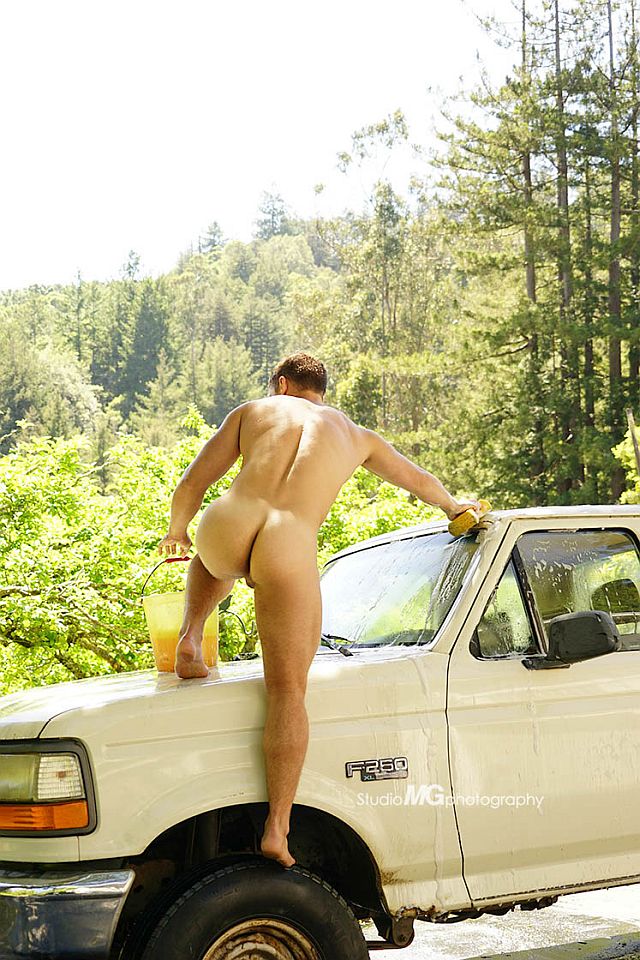 We have already been blessed with two doses of Yorgen, Scrub Down, which also featured shots from Mike Tossy, and Let The Weekend Begin!. Thankfully, Mark from StudioMGphotography, was happy to supply a few more shots to round out the hat trick, satisfying the craving, and maybe... bring a few more tears to Peter's eyes. I was especially happy to see a few more shots of a soapy Yorgen from the truck washing shoot. 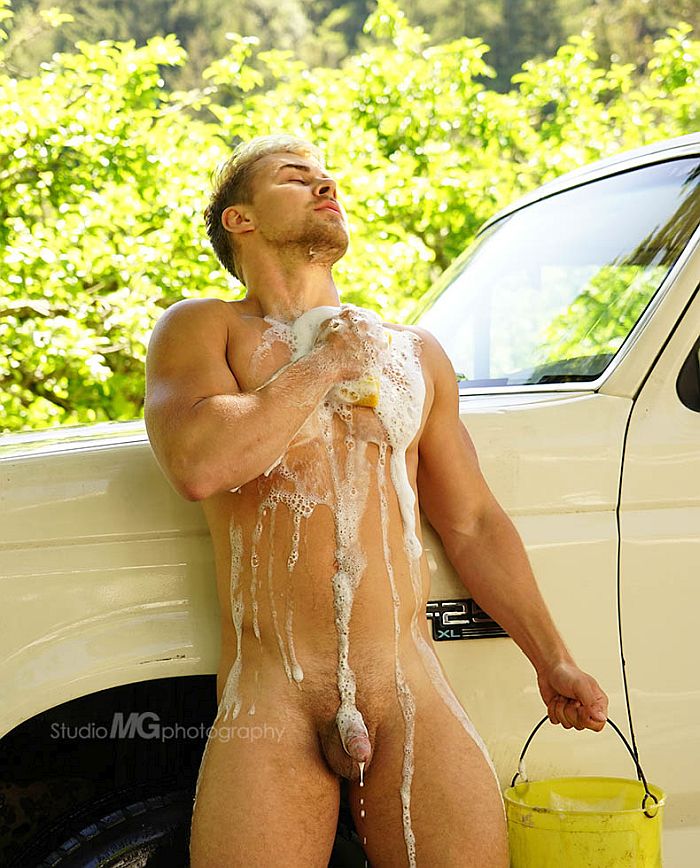 Although we have joined Yorgen at the beach, and while washing down the truck, there are several more shoots, including an especially hot and active one on a mattress, in Mark's book, Yorgen: A Weekend Visit. You can take home your own, in both hardcover, or low priced digital download, by checking out the preview on Blurb HERE: 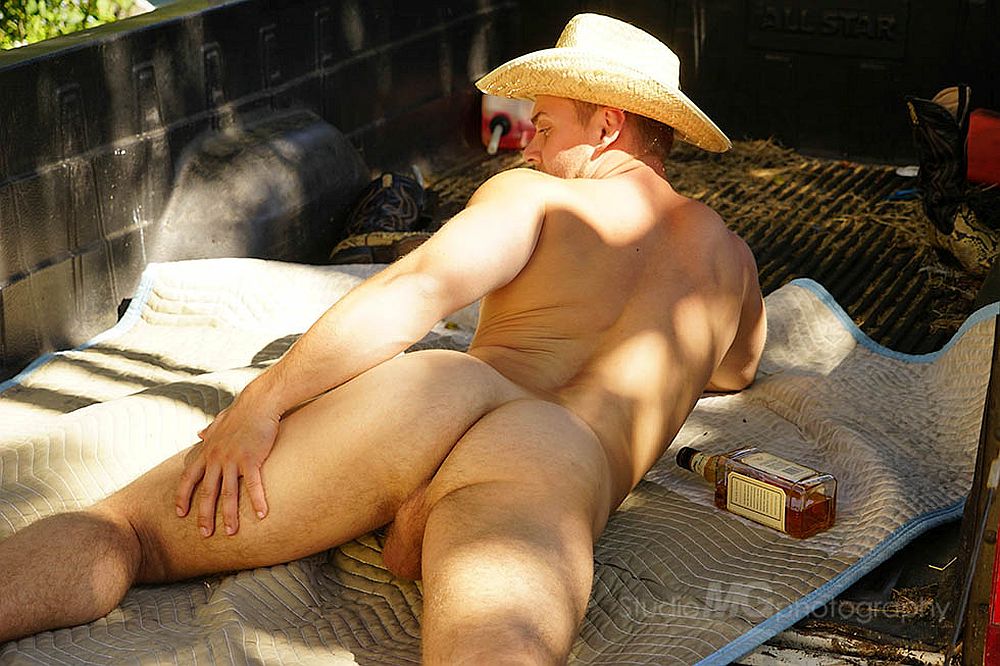 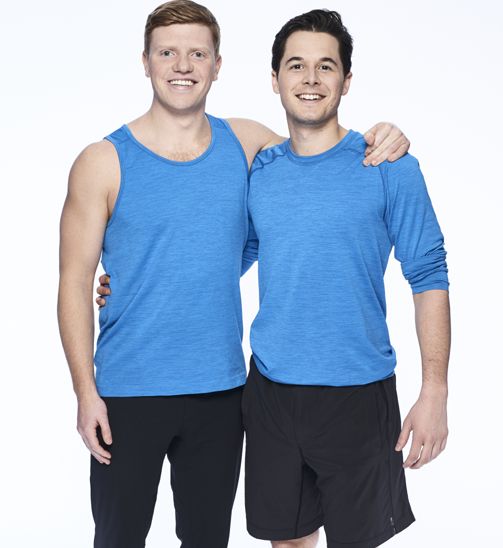 'We’re millennials. Of course, we met on a dating app!'
Paul 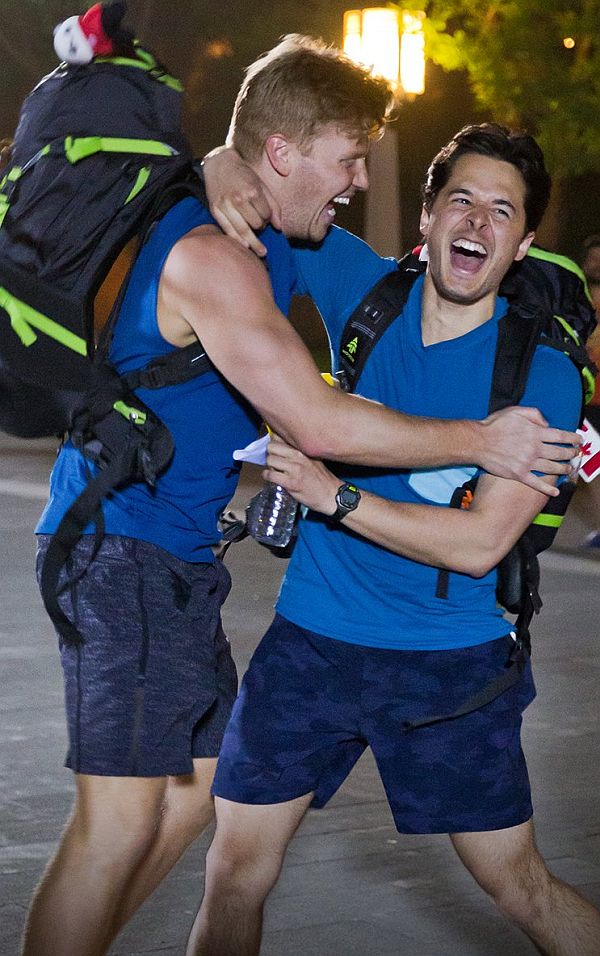 If anyone is able to catch this seasons Amazing Race Canada, they no doubt have noticed racers, Sam Lambert and Paul Mitskopoulos. The hot pair are credit on the show as 'dating couple' and have been together since their first date at a concert in 2015. Paul was not out at that time, but falling for Sam motivated him to open up to his family and friends. I did not intend to watch this season, despite my lust for host Jon Montgomery, but I DVR'd the episodes, finally watching the first few episodes this past week. 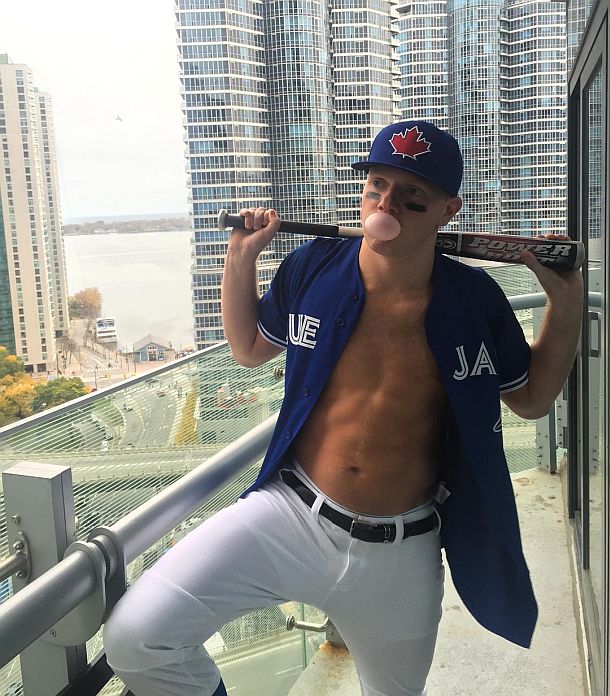 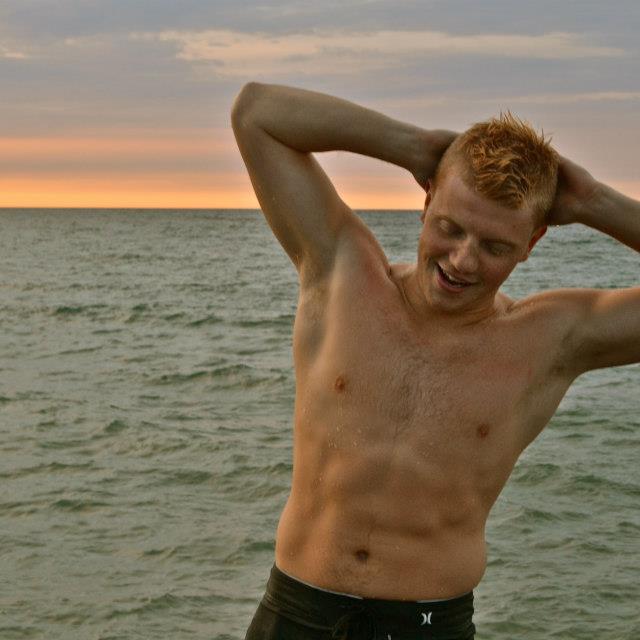 I picked a good time view as the last episode found the racers in Beijing, having to choose which 'in sync' roadblock they would choose. Thankfully the two hotties chose diving over dancing and ended up at the pool, in tight red speedos. Their first couple of dives did not go over well, but by dive three, they scored 25, one of the highest scores of the night! Episodes of The Amazing Race Canada are on Youtube, but the official episodes do cost $1.99 per episode. 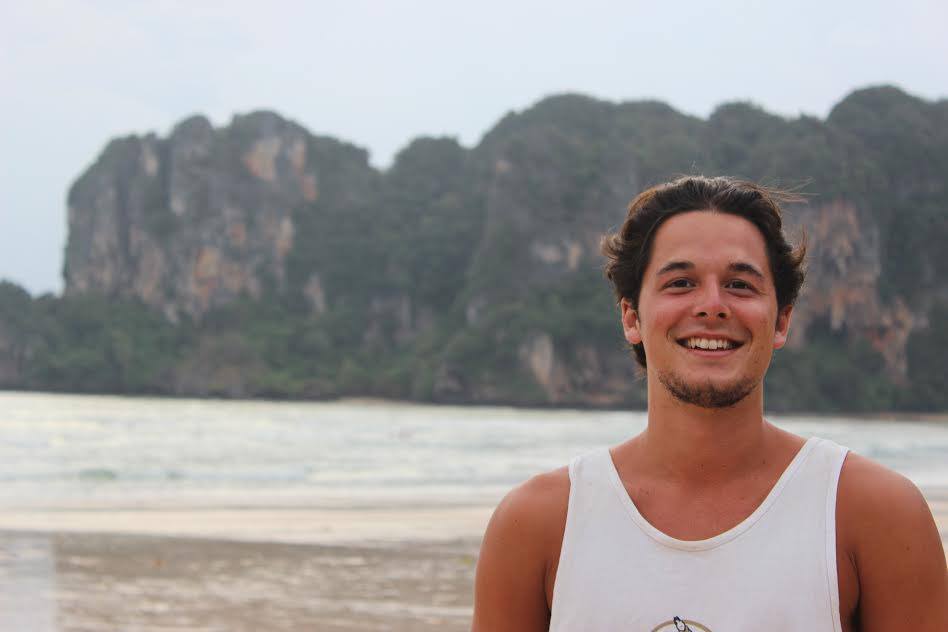 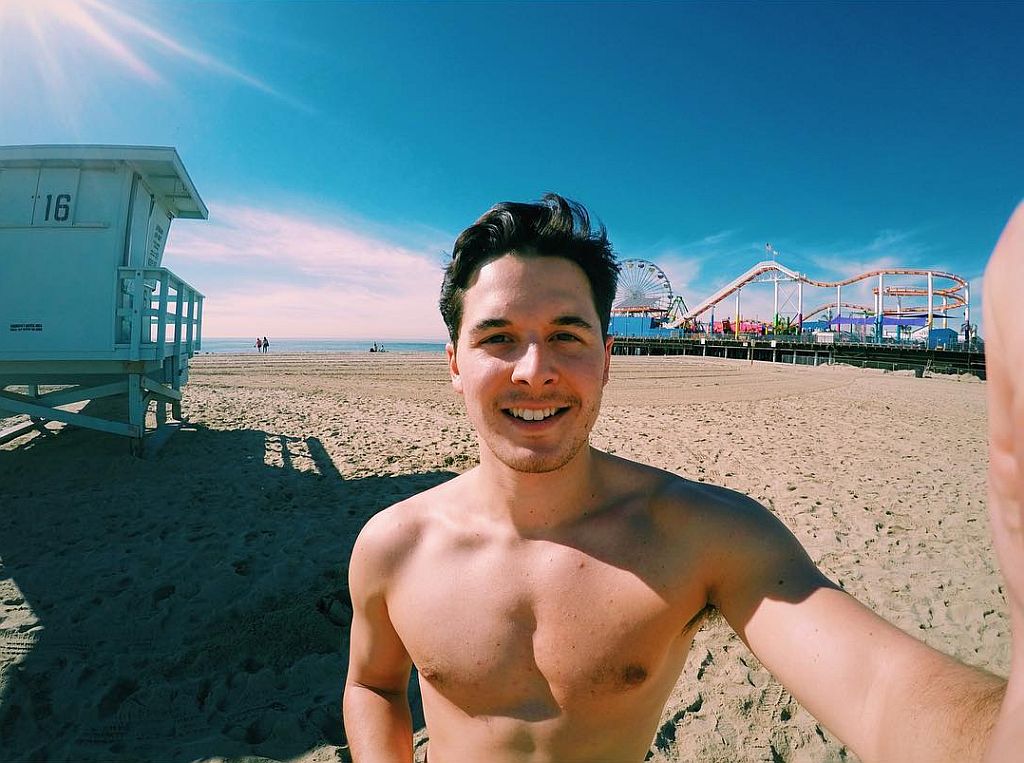 'Both Sam and Paul are highly competitive, athletic, ambitious, and care deeply for one another. Although similar in their values, Sam and Paul are different in a number of ways. Sam, who is pursuing a career as a doctor, is very intelligent and sensitive, while Paul tends to be more reactive. Sam has an almost photographic memory and an uncanny ability to read people, whereas Paul, the more reserved of the two, admits to having a terrible memory but believes his physical stamina more than makes up for it.' 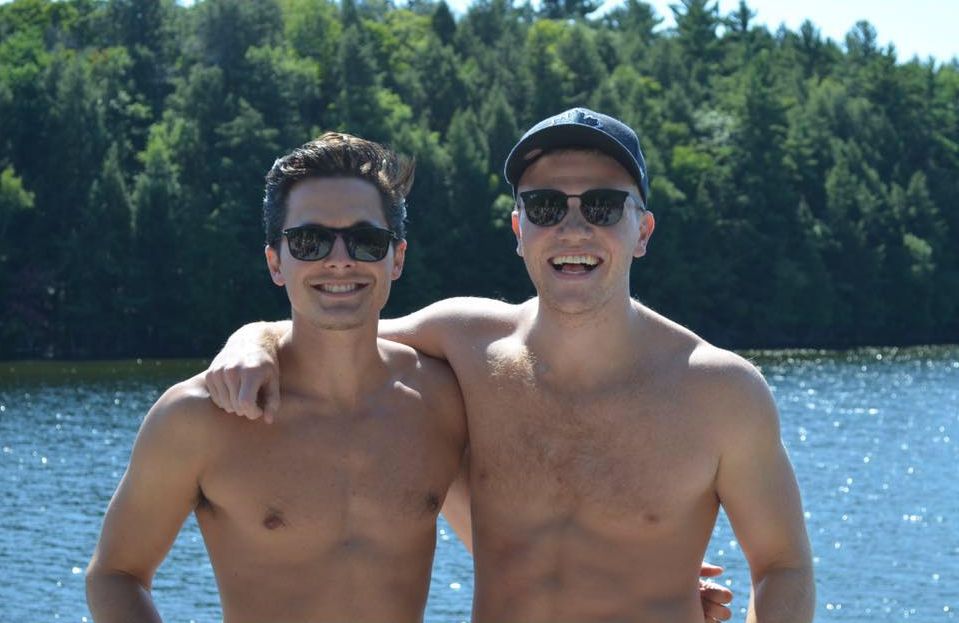 'Although their differences do cause tension, it could also be the key to their success. Where one is weak, the other is strong. Paul, the more physical of the two – he loves to play volleyball, soccer, and tennis – is very determined. Sam, whose strength will be mental challenges, logic, and memory, can be very impatient. He hates repetition and is quick to get frustrated when something isn’t working. Together, they are sure to bring humor and heart to the competition.' 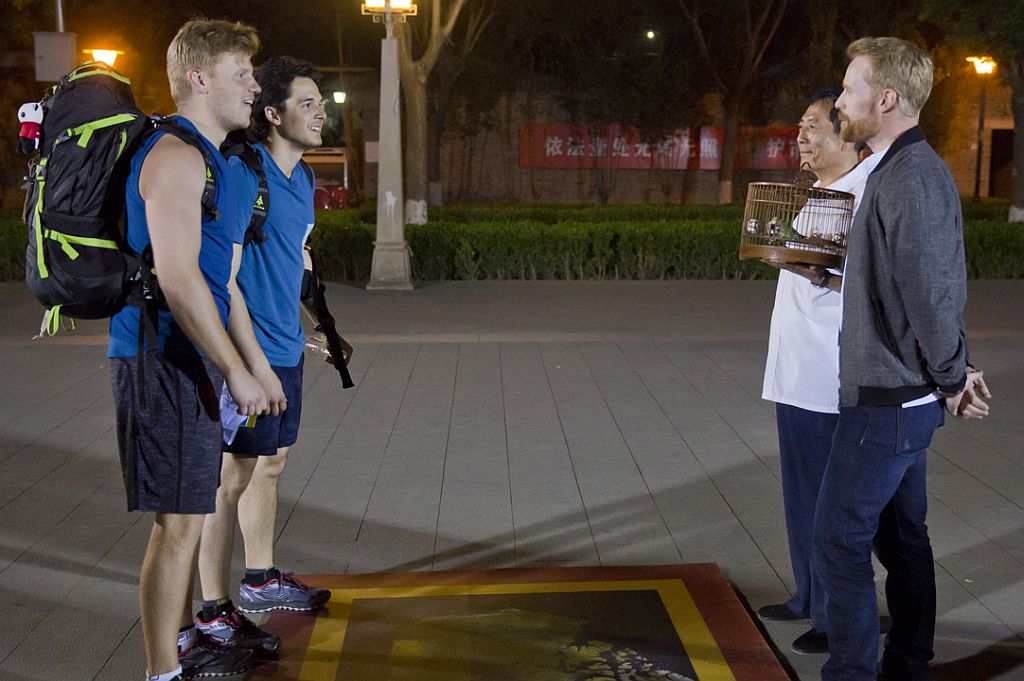 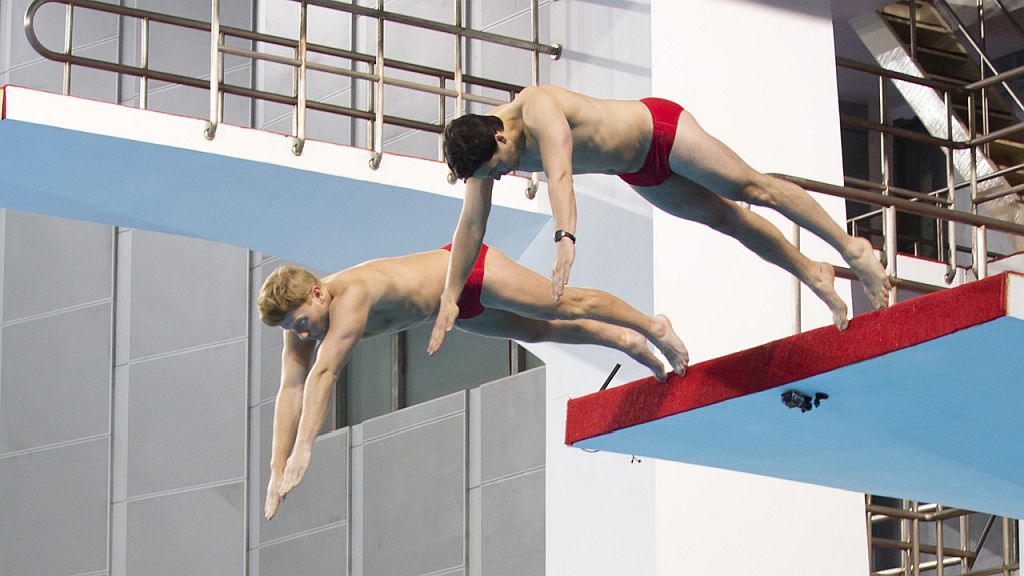 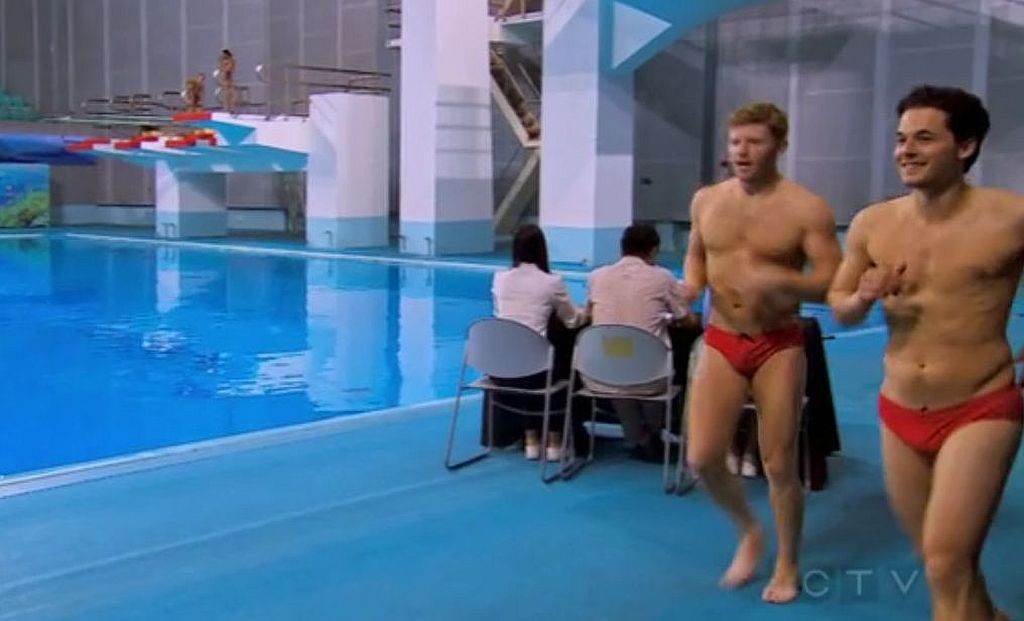 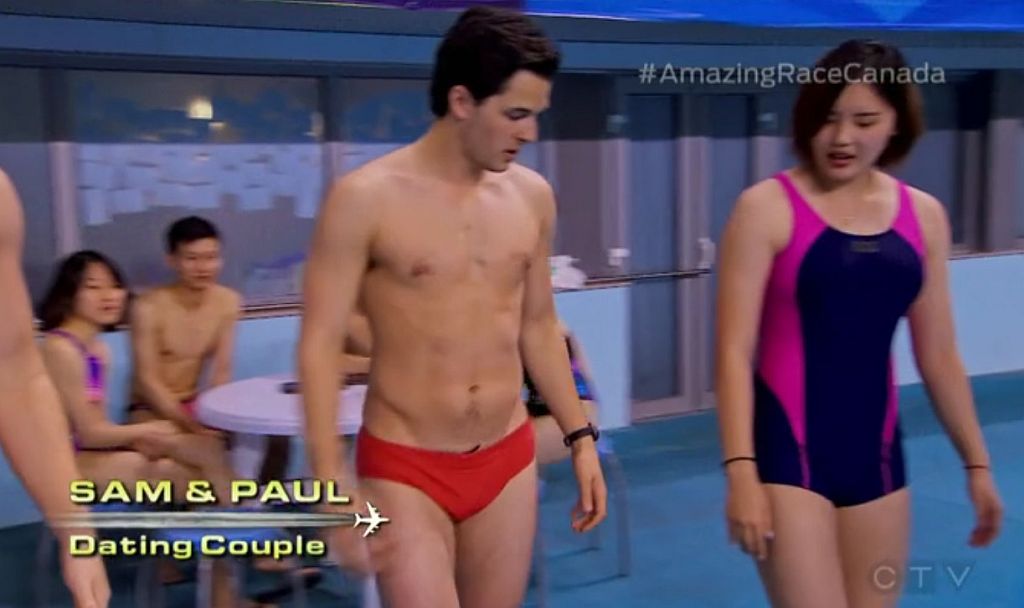 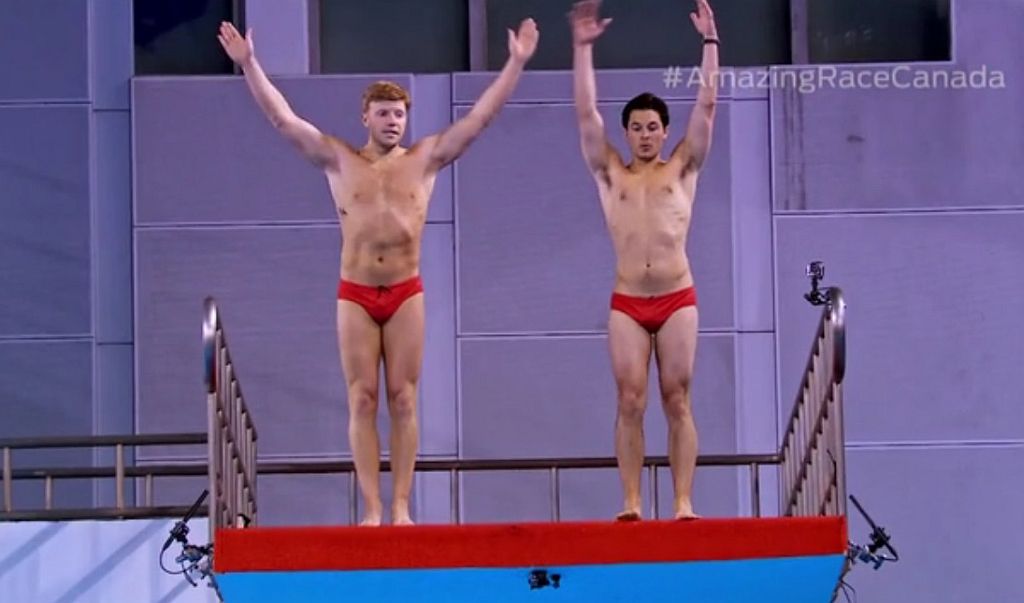 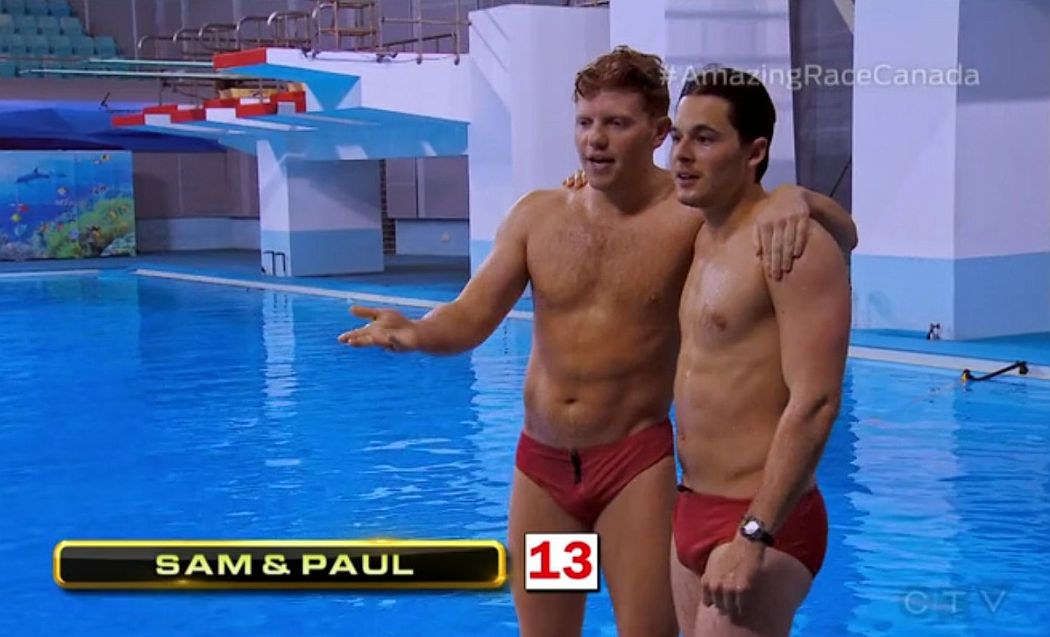 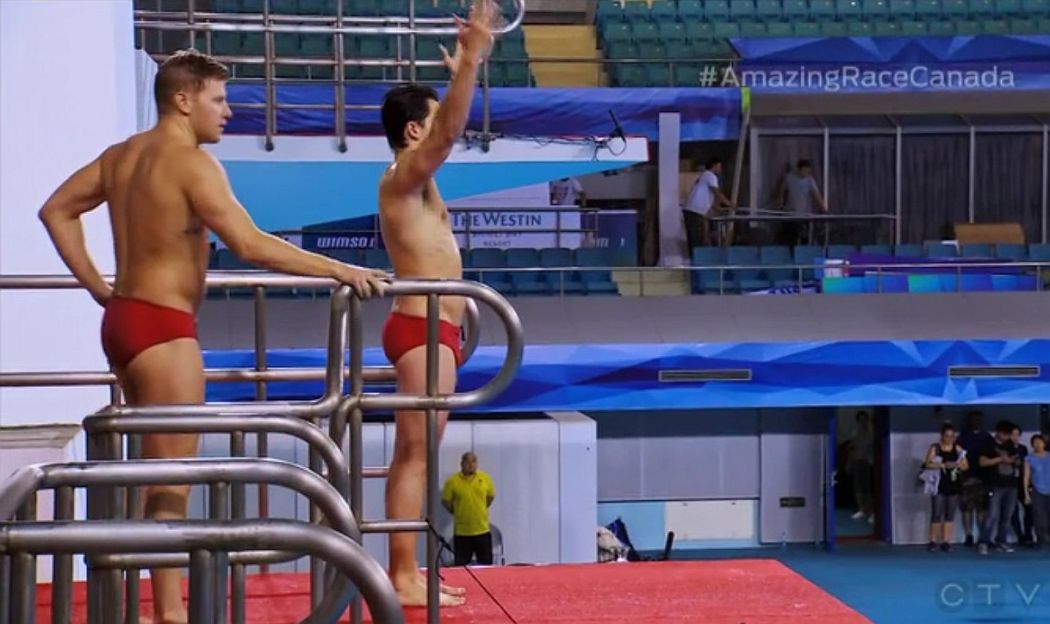