Favorite Pic of the Day for September 15th 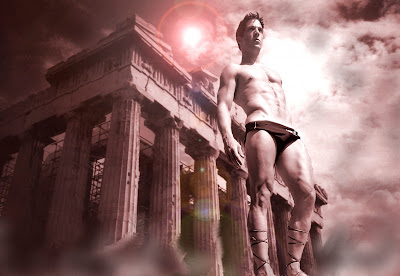 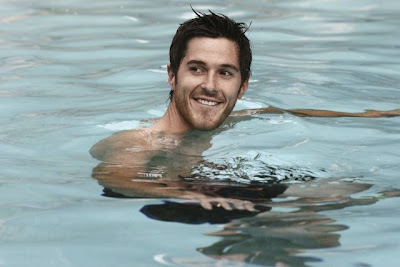 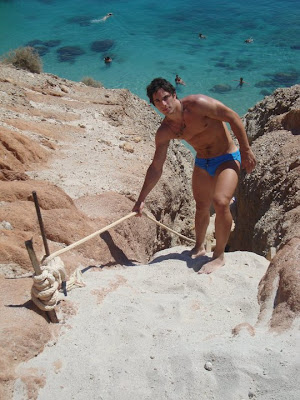 This past August I had the pleasure of profiling actor, model and artist Steve R. (Please check out that post HERE:) Given the positive emails I received, I thought you would not mind a bit more!
Steve also has a video channel on Youtube which I was recently introduced to. My favorite video is Steve dancing kita ti ekanes apo ton niko gano...ta spai afto to komati below. Hot, talented and Steve's got the moves! You can check out all of Steve's video's (Janet Jackson's Feedback is also cool!) at his Youtube Channel HERE: 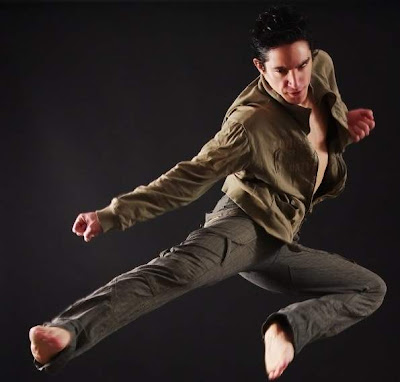 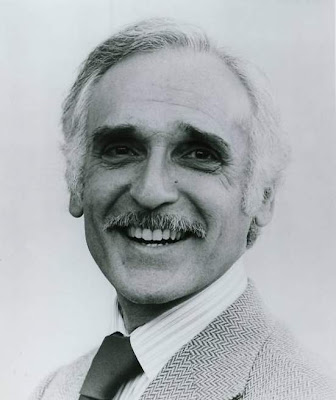 Some actors just exude a humanity that touches. Harold Gould was one of those actors. Like many, I knew Harold mainly from his stint as Rose's boyfriend Miles but Gould had a career way beyond The Golden Girls. Gould played Valerie Harper's father on television's Rhoda, the con man Kid Twist in the 1973 movie The Sting, as well as films like Harper, Love and Death, Freaky Friday and Patch Adams. Gould was also a fixture on television in projects such as Mrs. Delafield Wants To Marry (with Katharine Hepburn below), Soap and most recently Nip/Tuck. Gould is survived by his wife of 60 years, Lea; his children, Deborah Gould Harris, Joshua Gould and Lowell Gould; and five grandchildren 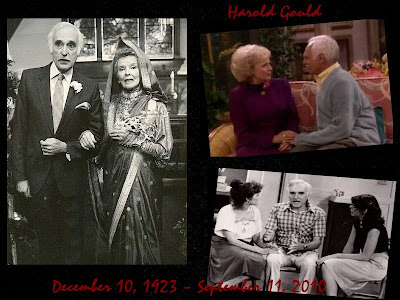 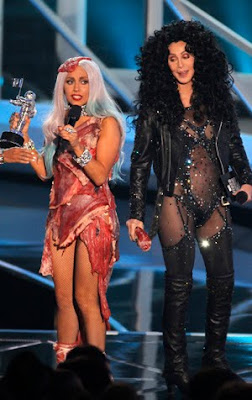 I have never been a huge fan of The Gaga. Now like the rest of the world,I see her talent, love some of her songs, and see in her a unique and brilliant artist. I also see in her something that does not quite ring true. I think Gaga is often 'making it up' as she goes along, claiming it was all a well laid out plan. I think watching her this week you could think either she is a true original with all her costume changes and statements or you could think she is desperately trying to grab and hold onto attention and headlines at any cost.

Her 'meat dress' this week was a great example. The dress could have been quite powerful if Gaga had the ability to clearly articulate what message she was trying put out there. It might also have been powerful if she had let the dress speak for itself. Instead she made various statements, some contrary, some making no sense about the meaning behind the outfit. From what holds us down to freedom to 'don't ask don't tell'.

As much as I admire her intent, she is truly at risk of becoming a joke within the industry. The woman is smart no doubt but I fear she is not quite as smart as most initially gave her credit for. Gaga does not seem able to simply attend an award show, instead she demands she be the center of attention. On stage or walking through an airport she refuses to simply be, but instead is always forcing us to look, to react. This is beginning to get tiring, not just for the audience but also for Gaga who has had health issues connected to exhaustion.

It was not left unnoticed by many how she interacts with other iconic women such as Cher who presented one of her awards this week(above). Cher, in her sixties, is still drawing attention decade after decade. Cher knows when to go out, do her work and grab attention. Cher also knows when to back off, lay low and disappear for awhile. By doing this, her audience remains interested. Gaga...take heed! 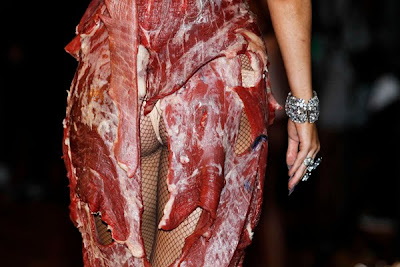