Favorite Pic of the Day for January 29th 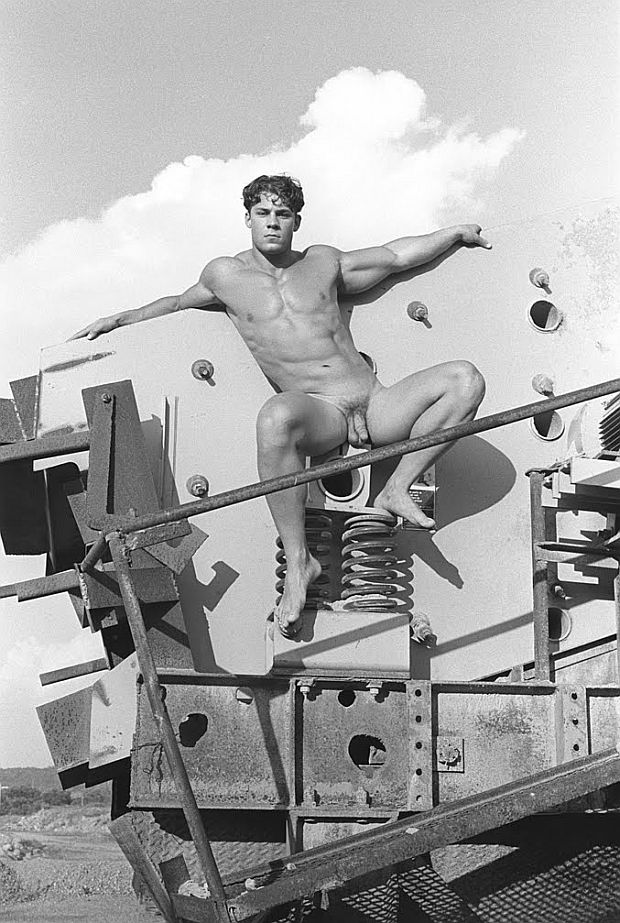 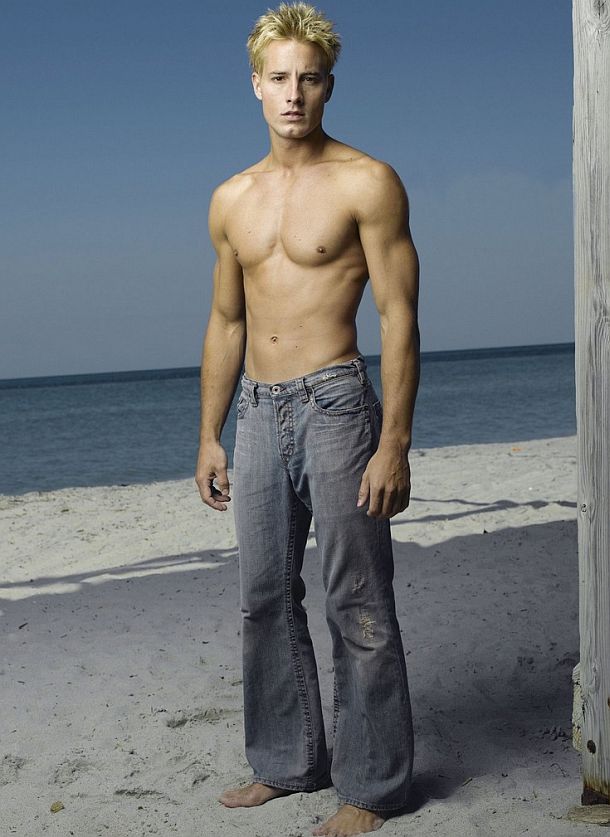 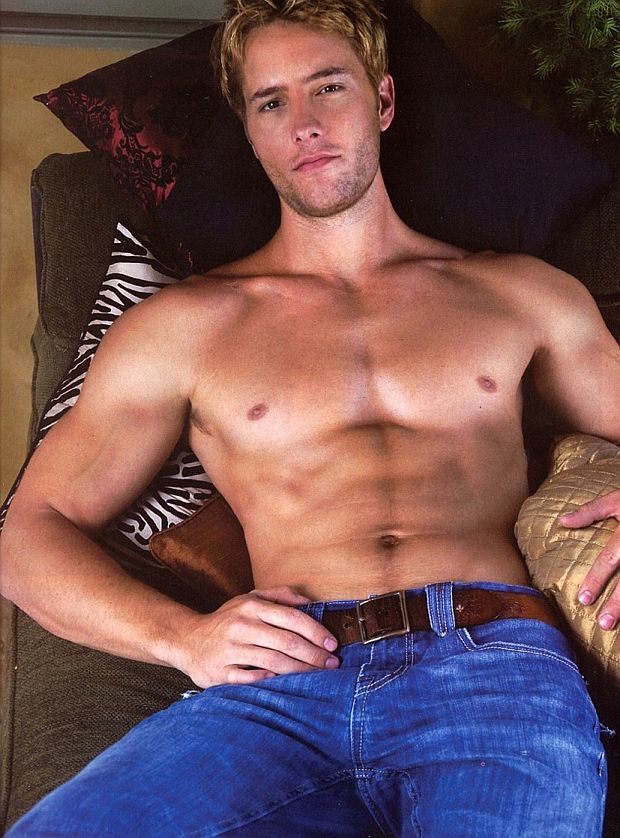 'Mastering the ability to bounce back...'

No one can say Riverdale doesn't know their audience and actor KJ Apa doesn't seem to mind giving that audience exactly what they're looking for. KJ has been bouncing back on his Twitter and Snapchat for fans for awhile, but I was a pleasantly surprised at the close up of his bouncing blue balls on last weeks episode. 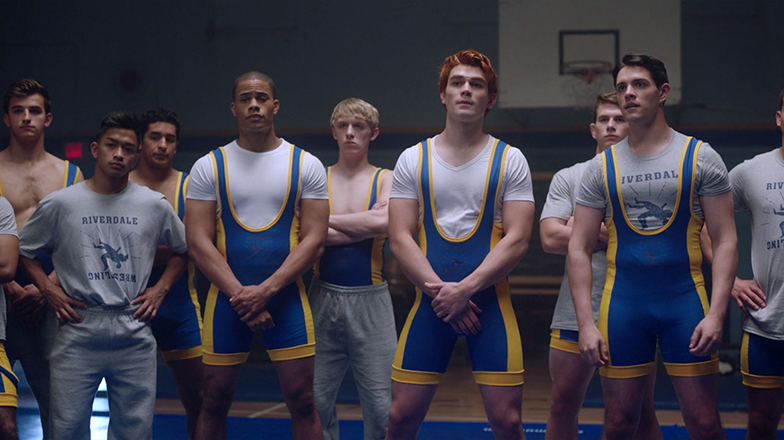 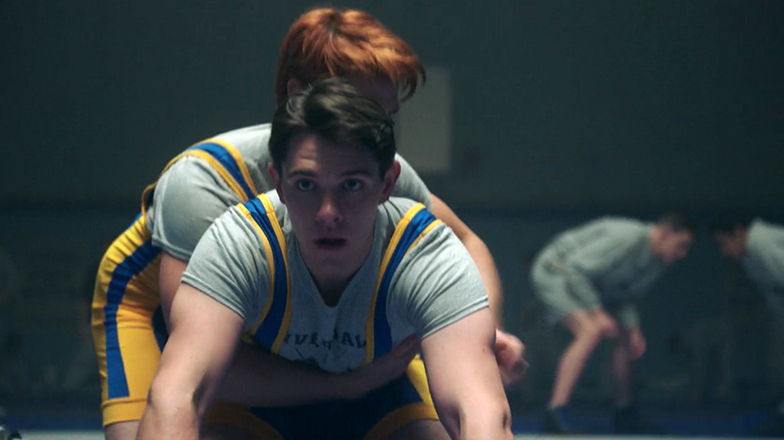 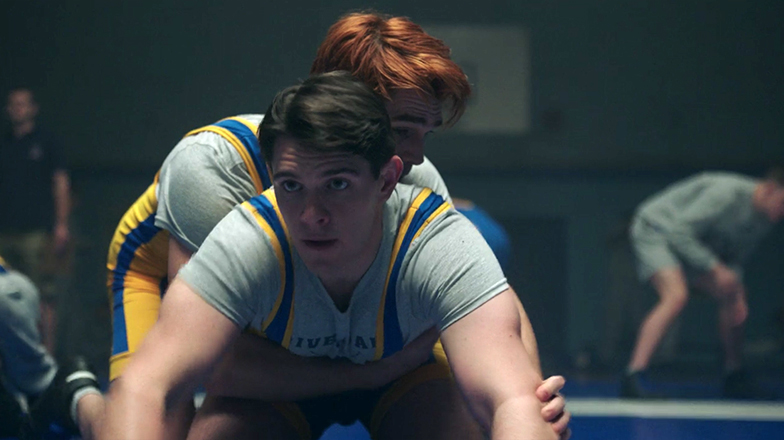 KJ's co-star Casey Cott posted on Twitter that he didn't mind at all filming the wrestling scene above, not sure he feels the same way about KJ surprising him in the bathroom.. 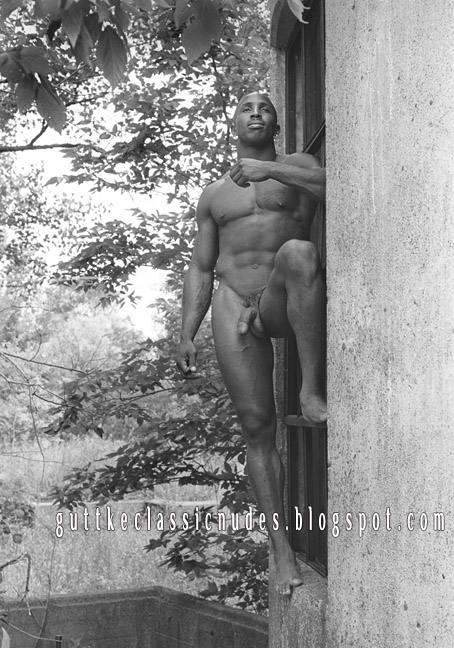 'Guttke hopes others share in his aesthetic appreciation. But experience has also led him to believe that once the picture is out there, hungry eyes want to do with it what they will. 'One cannot control the reaction of the audience.' 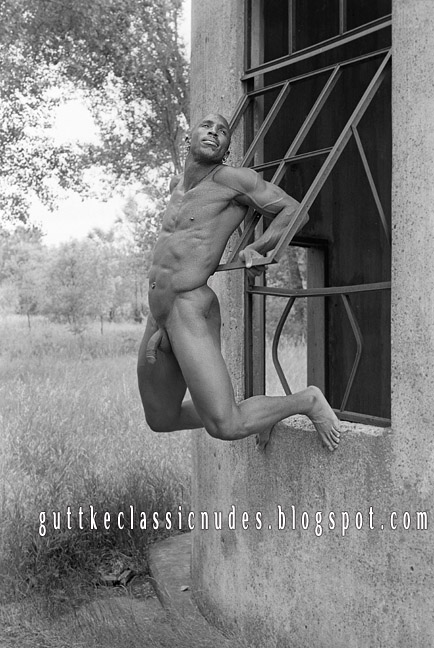 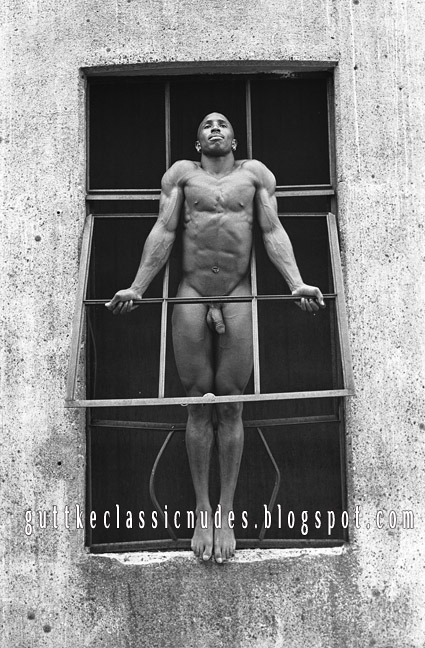 I was lucky to be connected with the Minneapolis artist, sculpture, photographer and writer back in 2012 when I interviewed Robert for the 5th issue of tMf magazine. During the course of putting together the piece, Robert sent me a variety of samples of his work featuring different models, themes and locations. In the hundreds of images of Robert's that I have seen, the lighting was always exquisite, and intent, never in question. Hungry eyes may be briefly satisfied by a hot body, but it never lasts. Shortly, the need for another fix, another body returns. Robert's images leave viewers artistically full and nourished, savoring the visual without the desire or instant need for more. 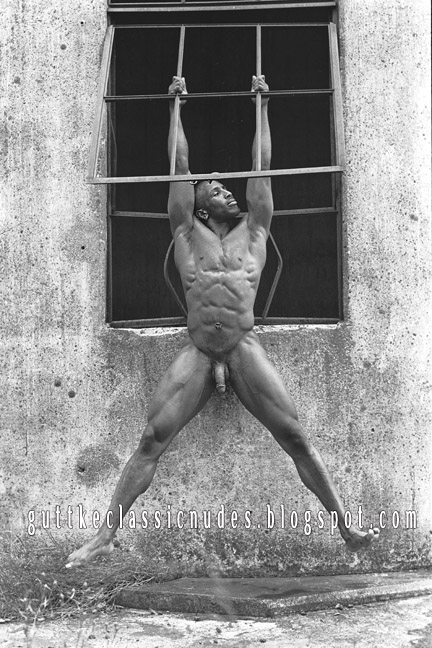 With model such as Keith, many photographers might be ok 'sliding by' focusing on his impressive physique or his photo ready penis. Keith earned his hard body running track at St. Cloud university and eventually added weight lifting, going on to become Mr. Minnesota. Not content to just capture his body, the intent with this shoot was to push it to it's limits. Robert began by scheduling the shoot at one of his favorite locations, now sadly, long demolished. Making use of the soft light during the rainy, over cast day, Robert pushed Keith athletically to have his well defined body appear even more extreme.

'Muscles actually in motion and DOING something tend to be more interesting and are a design project within themselves: marvelous shapes so often disguised by clothes. Thus the innocence of nudity reveals wonders.' 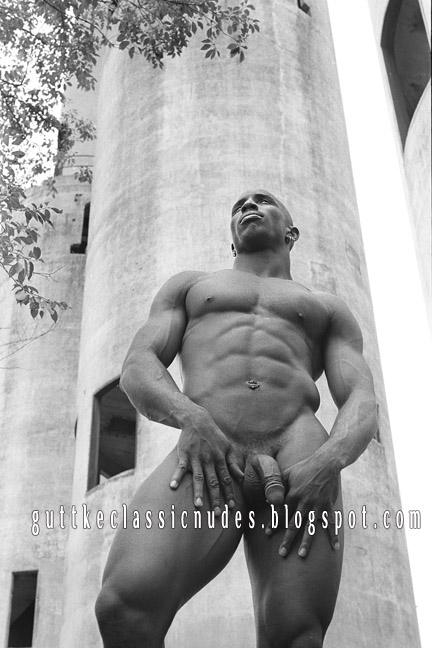 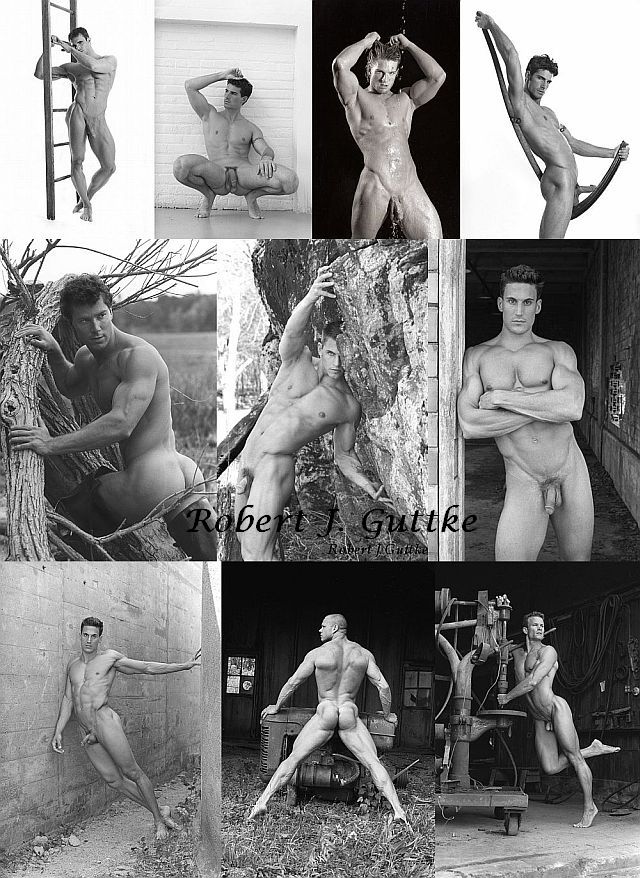 'I usually ask the guys to just look pissed. Makes for better drama since I am stretching bodies into pain thresholds...' 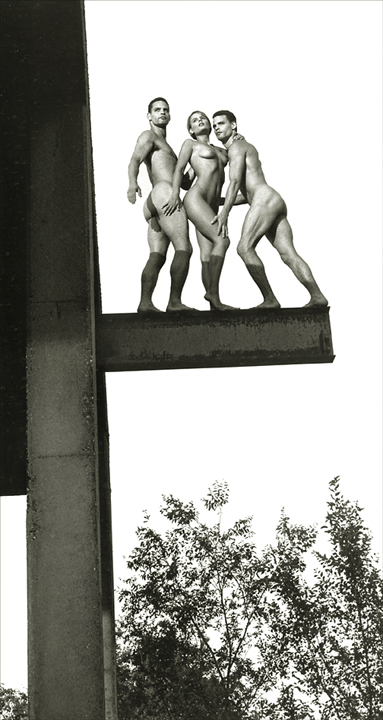 One of the most fascinating themes to explore in any art form has always been pain. Physical pain, emotional pain and the intense pain that inevitably comes hand in hand with forced change, that we all experience. Robert's fearlessness in embracing pain within his work is one of the reasons his images resonate with me. The models Robert shoots are their height of physical perfection, meaning hours and hours of hard work and pain in order push their bodies to it's limits. Then, Robert doesn't light and shoot them, but instead has them scale the sides of buildings, hang from cranes, and contort their bodies in ways the gym couldn't possibly prepare them for. 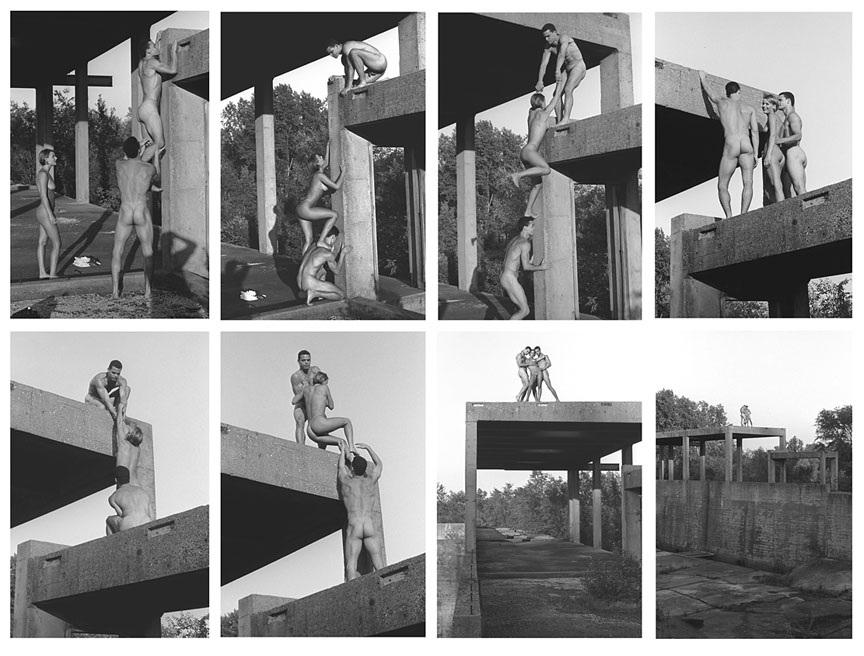 They say there's no beauty without pain, and that's especially true due to it's fleeting nature. There is a raw honesty in this that Robert manages to capture, creating images that tell stories beyond the moment that they're taken. Although Robert continues to shoot new models and new work, when his schedule allows, he continues go through his body of work, scanning film, and recalling the stories associated with them. Luckily, I often to get hear the uncensored stories, stories for the most part, better shared in images, than in words. Check out more of Robert's stories at his site, Guttke's Classic Nudes HERE: and check out the many stories he shared with FH below: 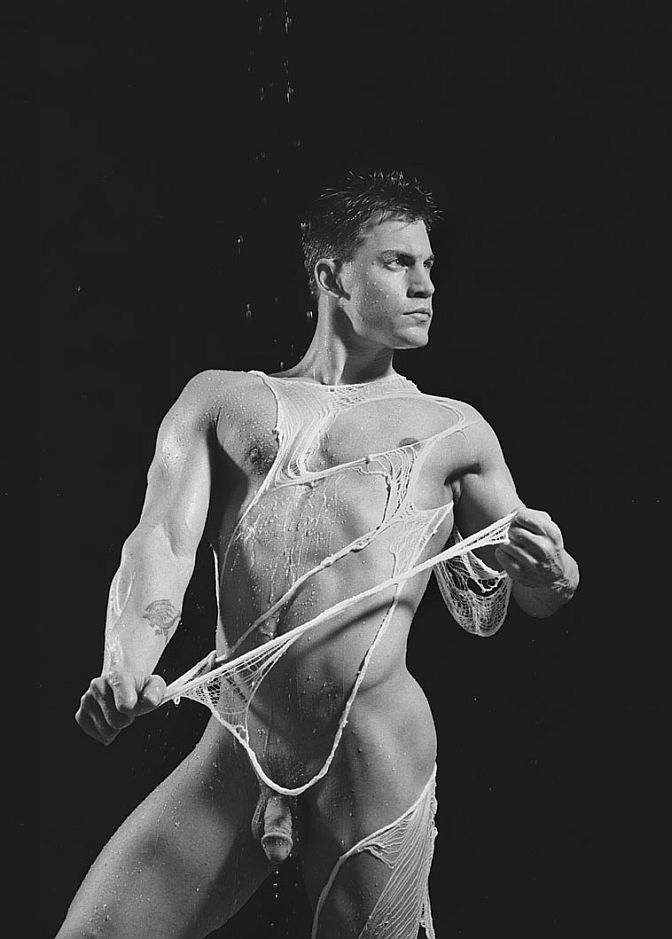 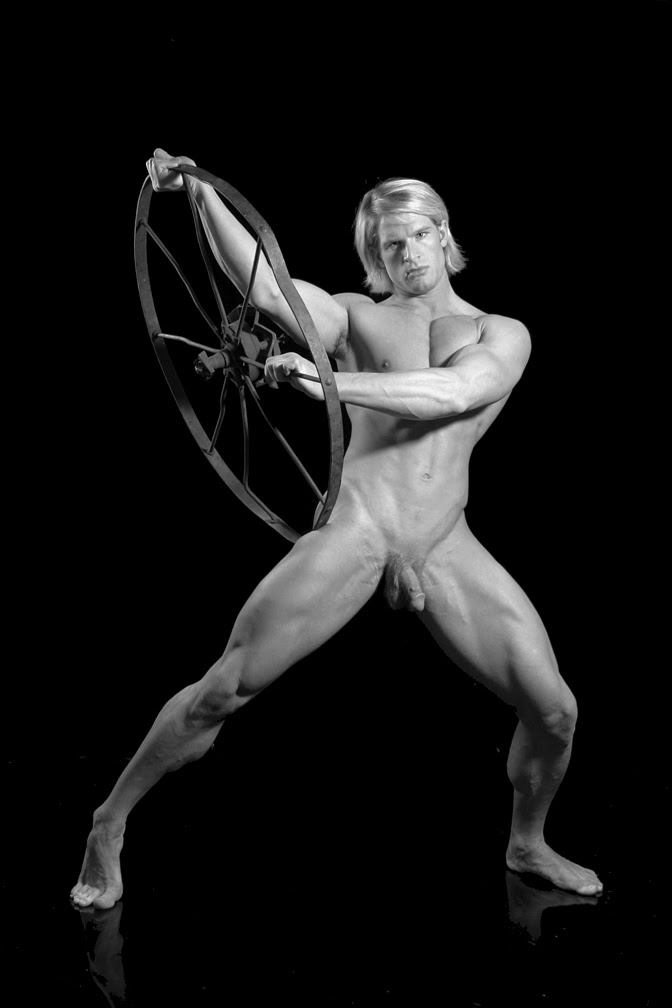 2012
The Picture Of..
Belly Buttons & Nipples
Beyond The Fifteen
Patrick's Cabaret!
REIGNING