Favorite Pic of the Day for February 8th 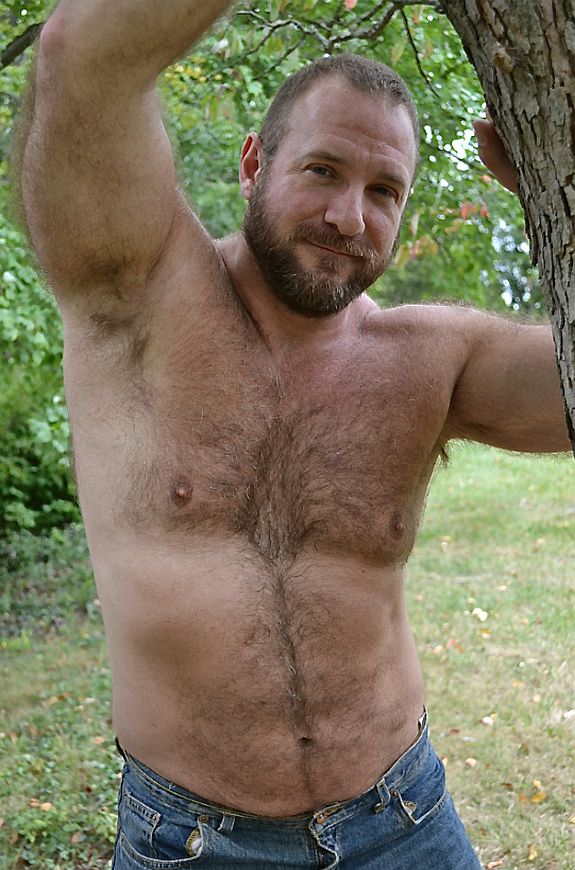 Above:
Boatin Rob by bestfitnessmodels
-See More Below-
~Check out today's Birthdays HERE:~
at February 07, 2018 No comments: 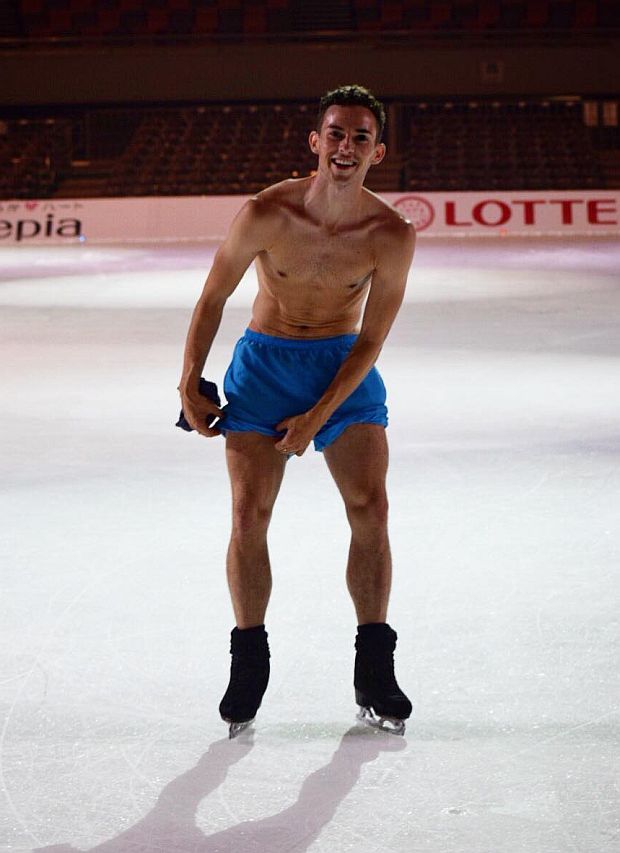 Kudos to U.S. men’s figure skater Adam Rippon for refusing a one on one with Mike Pence!
Check out the story on Vanity Fair HERE: 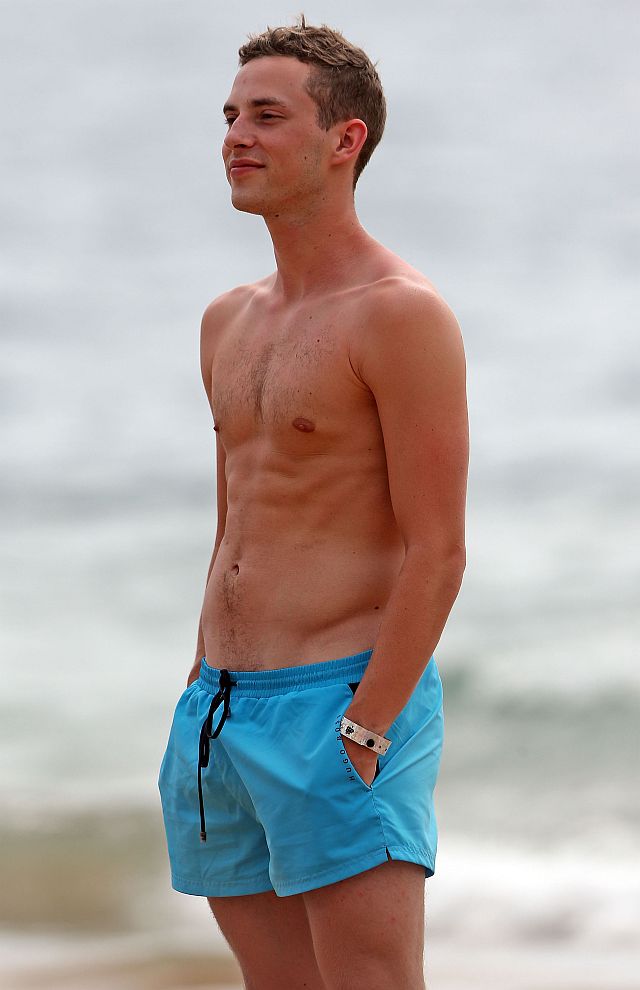 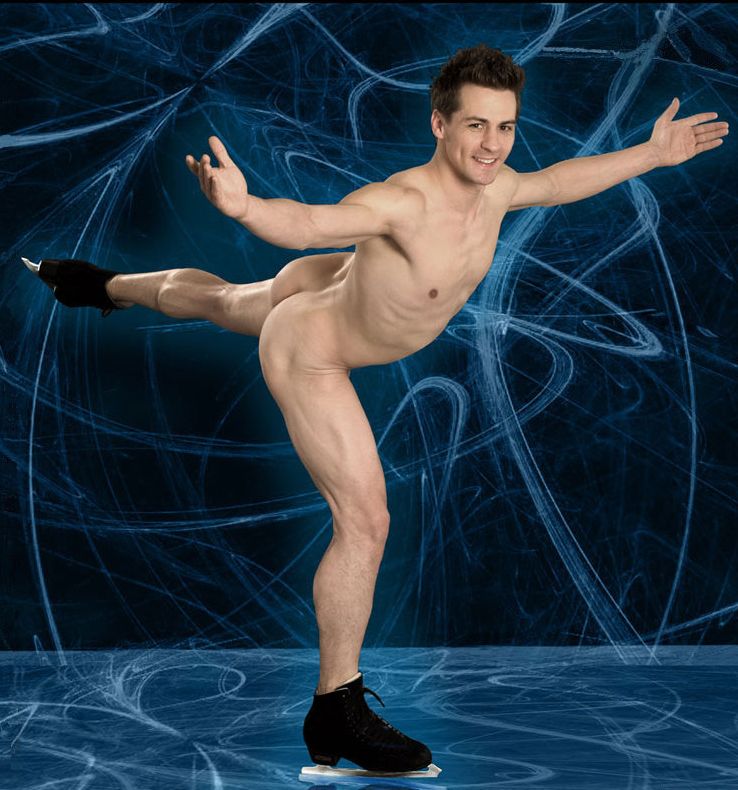 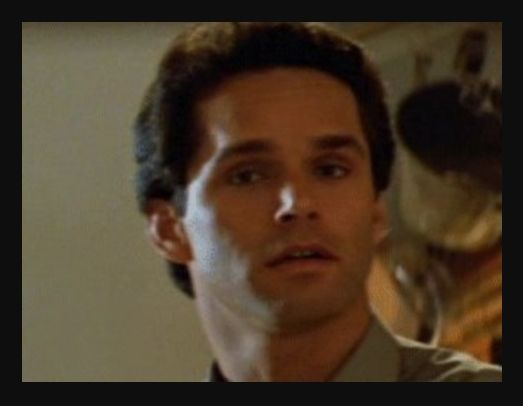 FH readers know that I love TCM, especially their Saturday Night midnight double features. They don't exactly start at midnight, more like or 2 or 3a.m, so I am usually watching them days, sometimes weeks later. I love that they often play horror flicks from the 60's, 70's and 80's and many of them, are films I had never heard before. 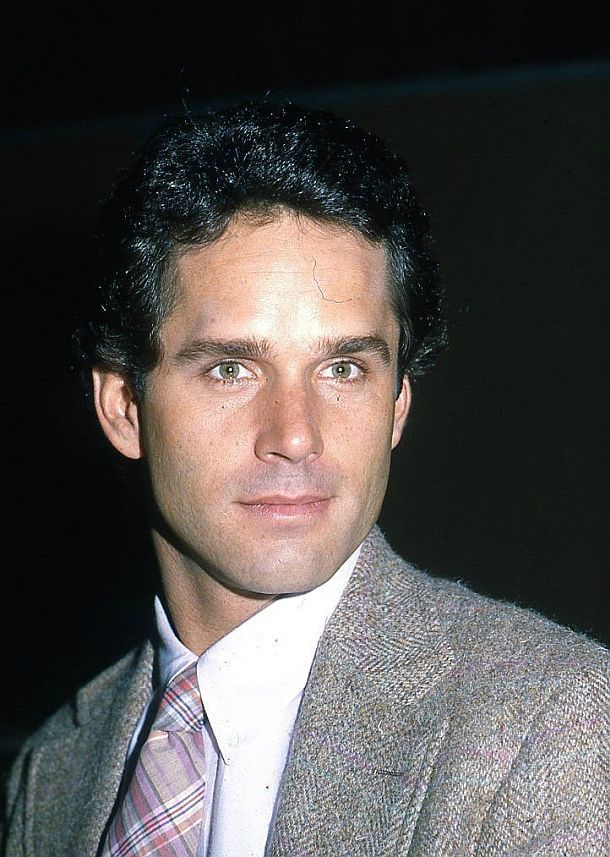 A couple of Saturday's ago I DVR'd 1984's Razorback. The Australian horror film focused on the attacks of a gigantic wild boar terrorizing the Australian outback, killing and devouring people along the way. That intro was enough to have me interested, but seeing that Gregory Harrison was in the case was icing on the cake.


I have featured Gregory on FH many times, but really haven't seen much of him on film or TV. Harrison was huge in the early eighties, but I fell in lust with the actor mostly from pictures in magazines from when I was a kid, I loved his hairy chest and curly dark hair. When I finally got on-line, I managed to find a copy of For Ladies Only, the male stripper movie Harrison starred in during the early 80's. I also found a copy of The Harrad Experiment and watched a bit of his short lived series Reckless a few years ago. 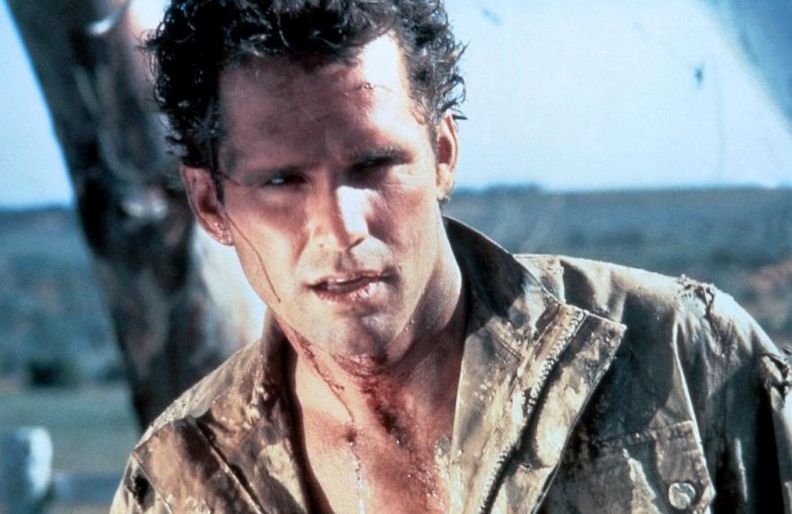 Razorback was ok, smartly filmed and scary at times but not a flick I'd look to watch again. I was reminded however how absolutely stunning Harrison was and still is. He had a brief shirtless scene, but it was his incredible face that grabbed my attention every time he was on screen. Harrison has the look of a classic movie star from the decades before he hit big, the dark hair, the beautiful eyes and incredible facial structure. Razorback reminded me of that early crush, and led to a few ideas about future posts... 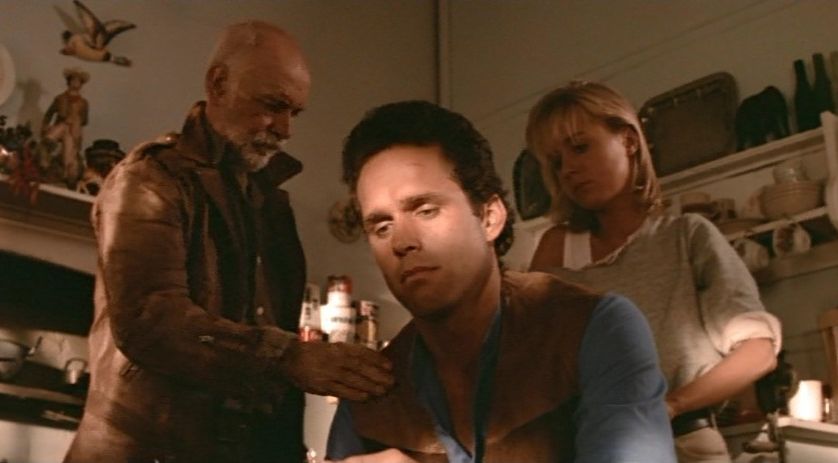 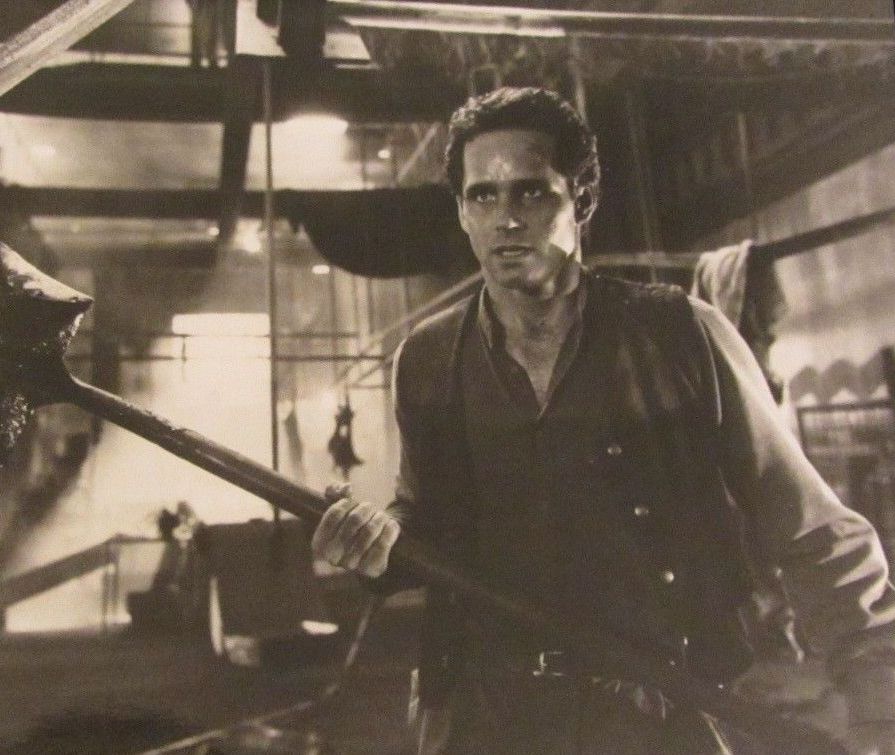 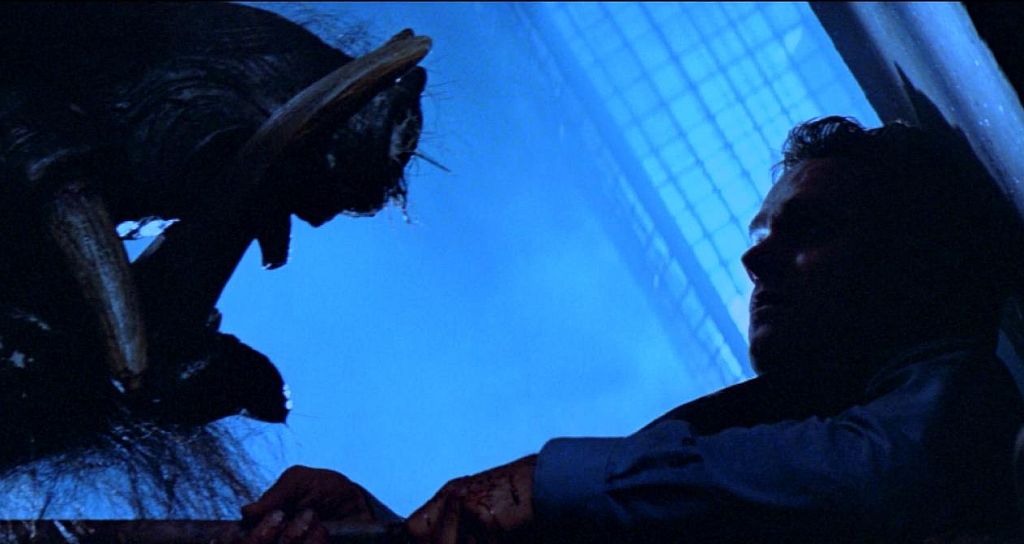 Boatin Rob: From Stem to Stern

Rob by John Fink for RealMenRealLife 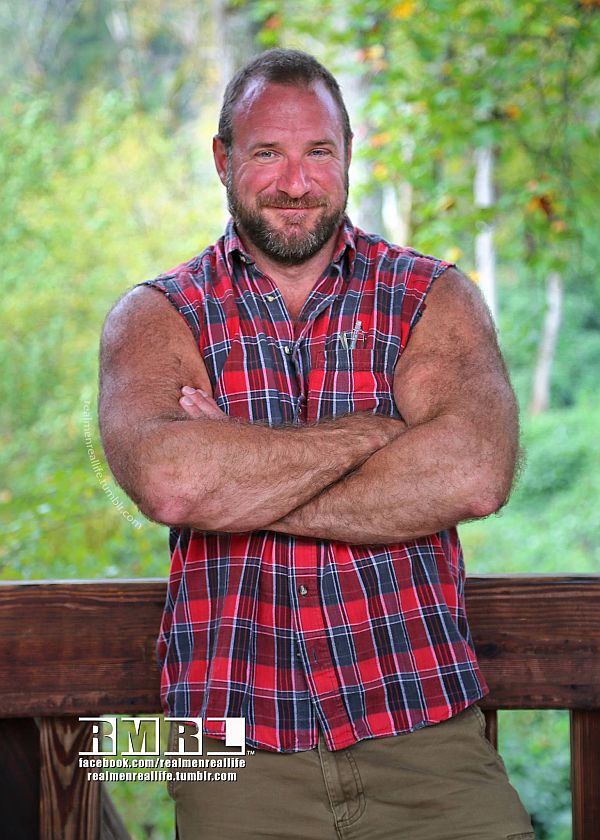 'I'm an exhibitionist at heart, but also a very creative, artistic person'
Boatin Rob
Next two images from PR PHOTO 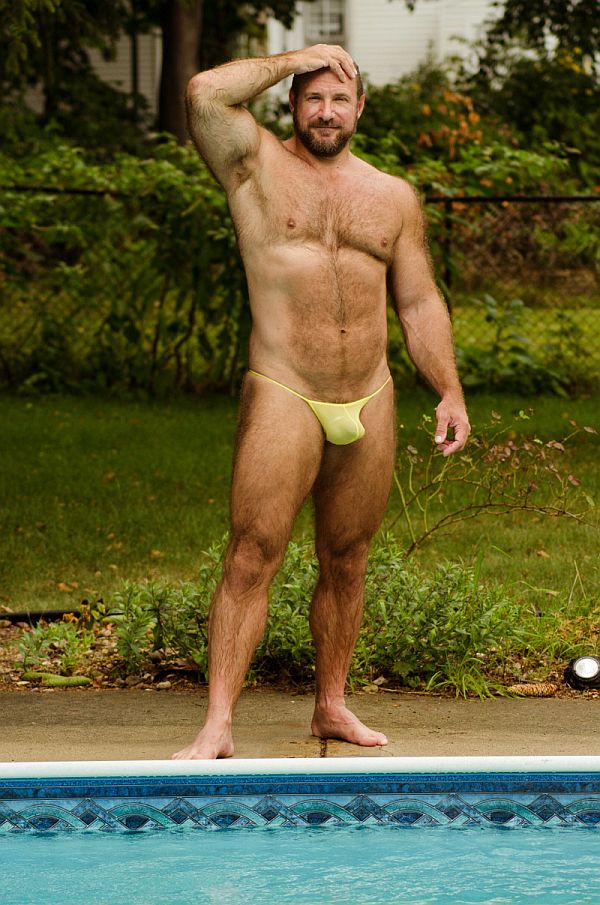 All ventures include different paths which can be taken. Maybe no more so, than the numerous routes many male models go down before ending up in front a photographer's camera. Working on FH, I have heard many different stories about the reasons someone begins to model. I think Rob's, was the first story that started on a boat. 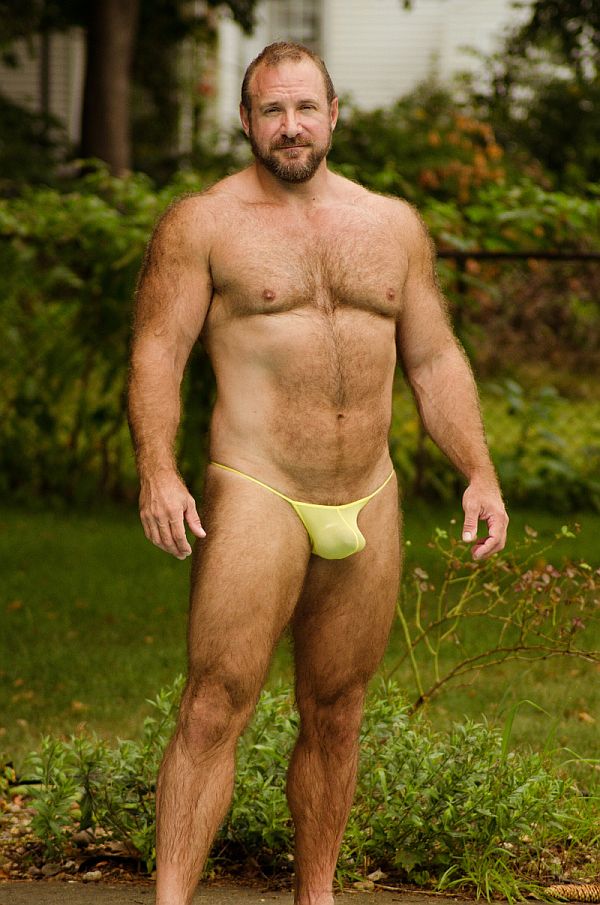 It all began in the late 90's when Rob had a Yahoo Group where he put posted boating photos from trips he, and his now husband, would take. Slowly, Rob's images began to get noticed, and his group began acquiring a large following, with many of his viewer wanting to leave the shore and climb on board. With his increase in followers, and their many requests, Rob began doing professional shoots, including one for a pay site called Southern Gents. As social media grew, Rob began networking with more and more photographers and his audience continued to grow to where it's at today. 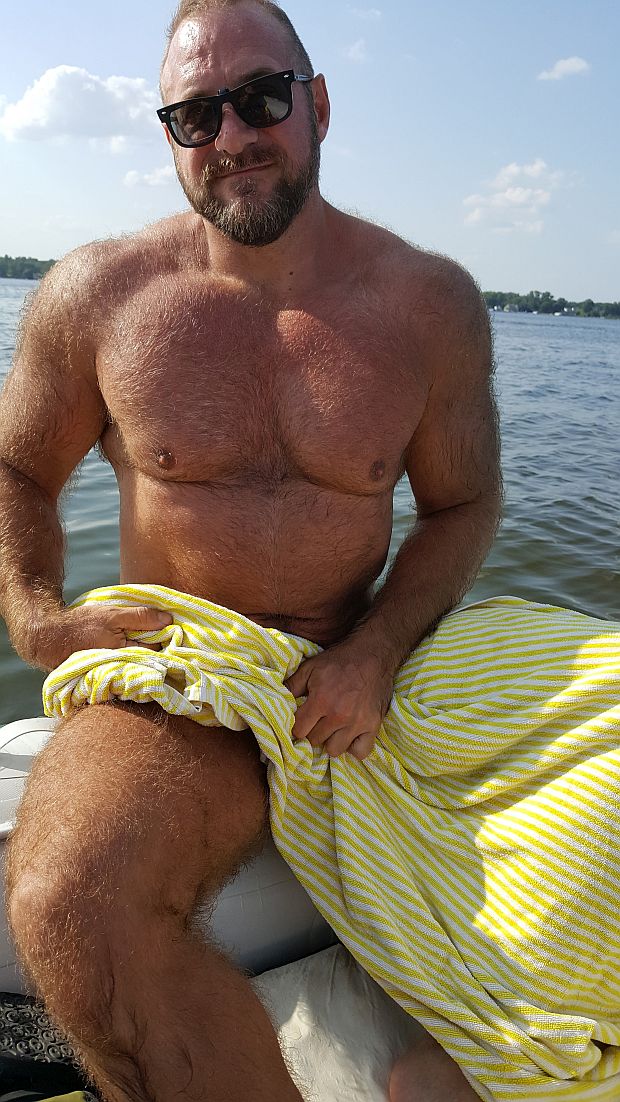 I first noticed Rob last Autumn when I saw his shots while working on a piece featuring PR Photo. Rob has a distinct look which instantly grabbed my attention. A dash of that Southern Gentlemen for sure, but mixed with fun and incredibly sexy side that had me wanting to see more of his work. PR's images were not only hot, but also captured a man comfortable in skin and in front of the camera, two of the hottest qualities a model can possess. 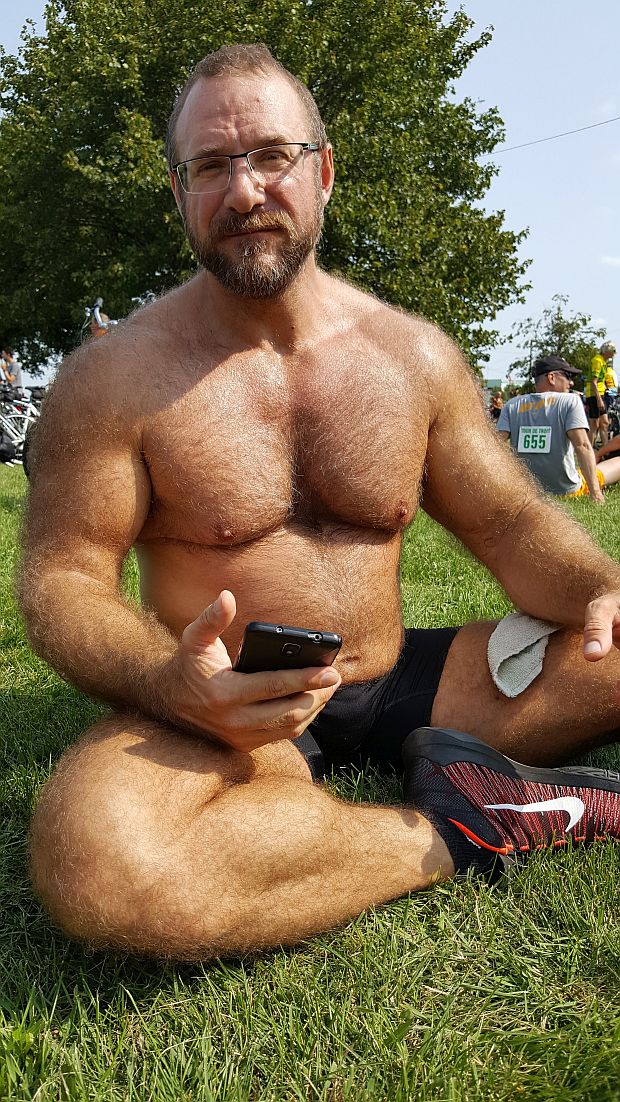 The Michigan model and artist continued to model, working on artistic and physique shoots over the past ten years. Rob confirms the relaxed feel he expresses is real and whether clothed or nude, feels natural and comfortable whenever he is in front of the camera. Given how his modeling career started, I was curious about Rob's experiences in front of the camera, his favorite things about modeling, and whether he'd ever shave his body hair for a shoot... 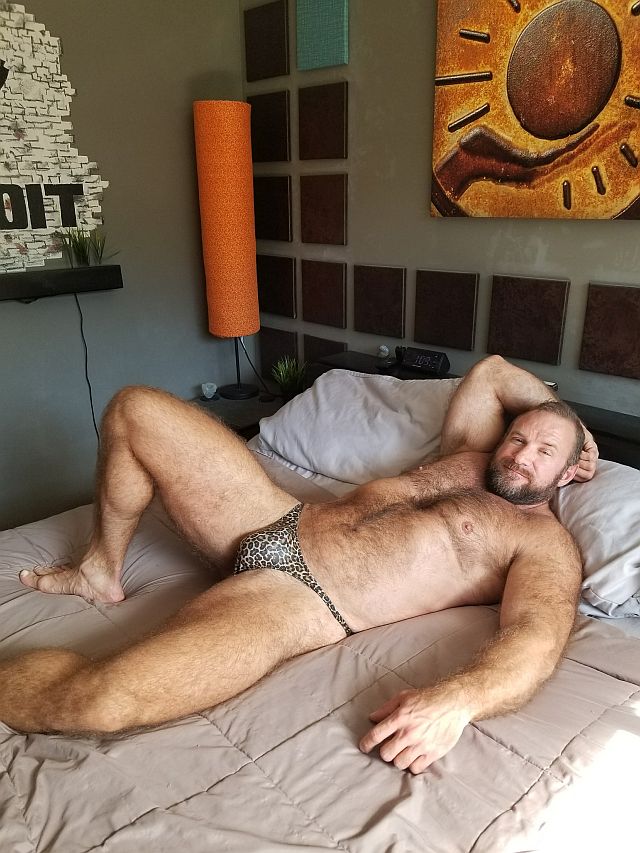 'Your credit of Boatin Rob'?

When I had my yahoo group with boating photos, that was my screen name. Still is today.

What has been your favorite experience modeling thus far?

Every experience is different so that's a tough question. But location shoots are exciting. Working with Bob Beard in Yosemite was an incredible experience.

Not everyone is as professional as they may present themselves online. Nor sober. That's all I'll say about that. 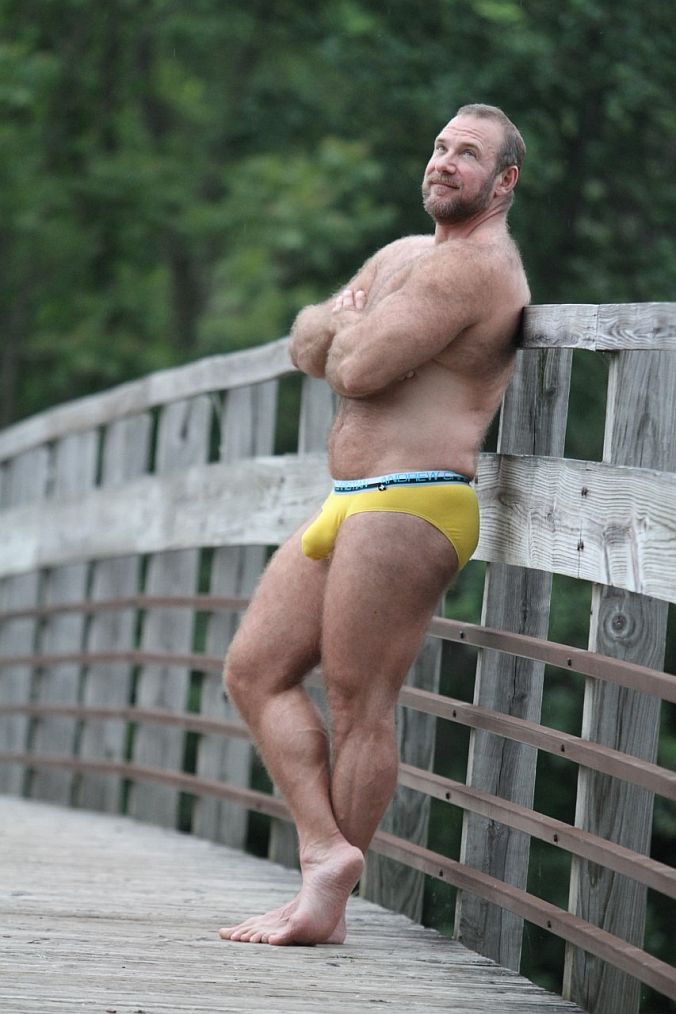 What factors did you weigh before deciding to take it all off?

I really have no hangups about nudity. I'd rather not to be arrested for indecent exposure, so we tend to be careful when on location shoots.


Did the response from friends/family enter into your decision?

My parents aren't that connected online and we've never really talked directly about it, but I'd have no issue if they knew. Other relatives know, plenty of friends know and I'm fine with all of that. It's part of who I am, like it or not. 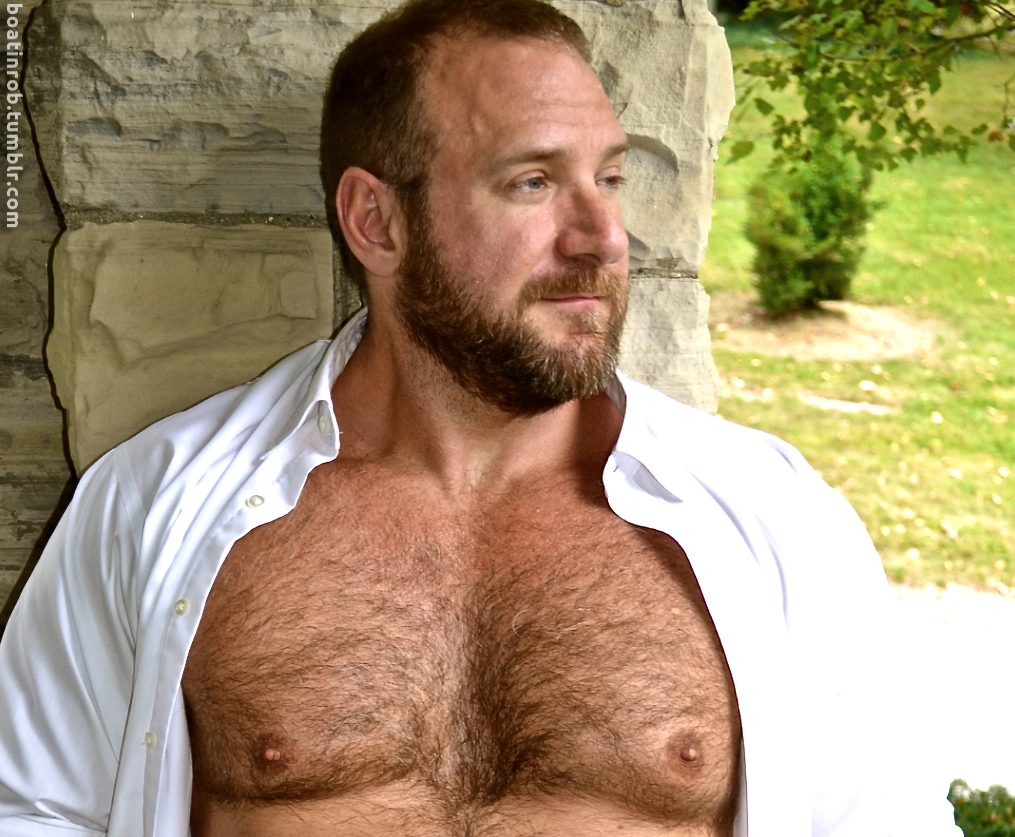 What part of your body are you most happy with? What part gets the most attention from others?

I'd say I like my shoulders and biceps. Honestly I get comments on just about every body part.


Have you ever been asked to shave your body for a shoot, and would you?

I have been asked that, I won't fully shave. I have, however, "manscaped" with trimmers upon request of a photographer. Most of my audience prefers me hairy, so I try to work with a more natural look. 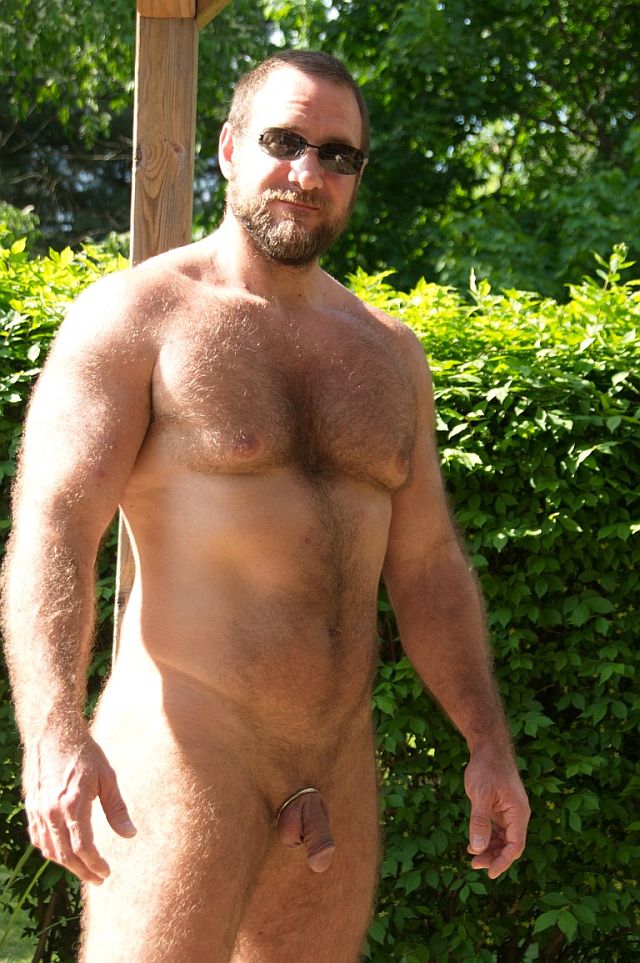 I'm an exhibitionist at heart, but also a very creative, artistic person. I like that think of what I do is an art collaboration between myself and the photographer. Hard to put that in words, but when the photographer and I "click" personality-wise, it helps a lot. And although I keep all my shoots professional, if I'm at least somewhat attracted to him, that helps me drop my guard, relax and take direction. 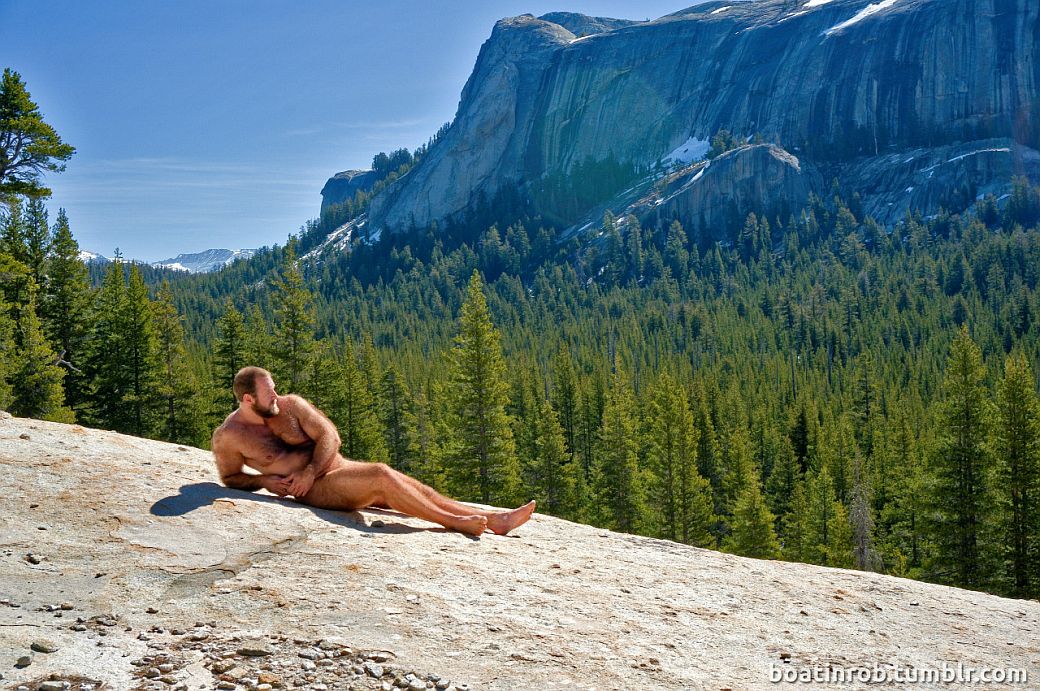