Favorite Pic of the Day for February 7th 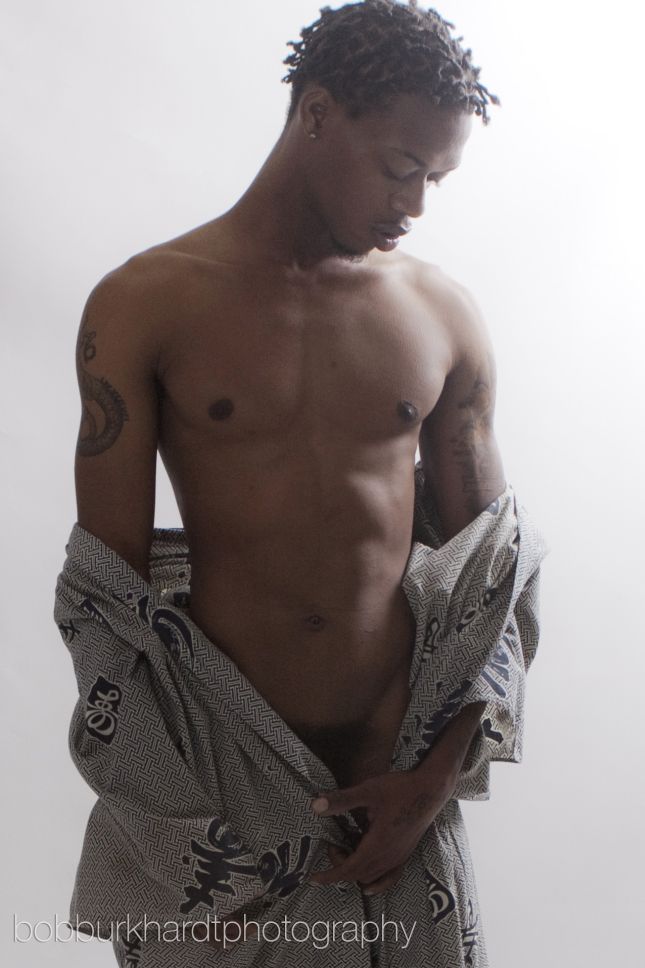 Above:
Marvin by Bob Burkhardt
-See More Below-
~Check out today's BIRTHDAYS HERE:~
at February 06, 2021 No comments: 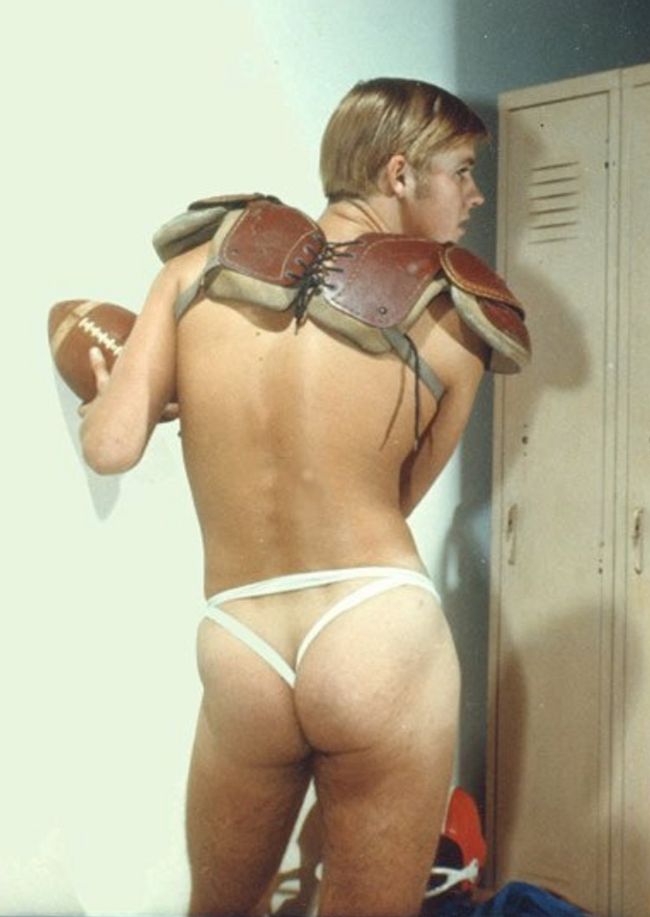 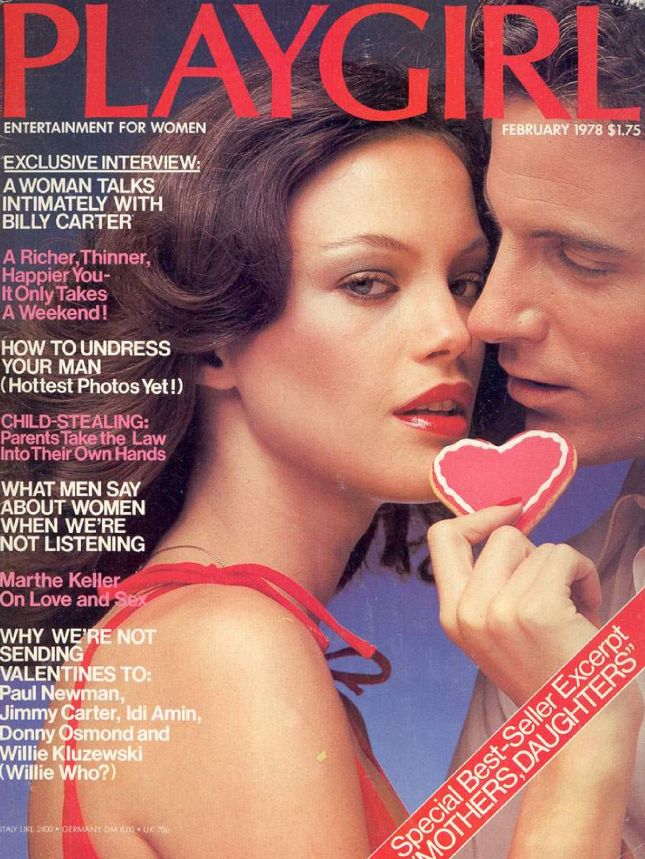 On the surface, February is a pretty brutal month. Merciful short, but mostly dismal and wet.  There may not be an abundance of flowers, but let us think for a moment about the things we cannot see: just below the surface, of the cold, cold soil the roots are stirring and plants are preparing for growth.  It is like a rumbling engine room beneath our feet.  Pistons are pumping, cogs are clicking and our garden's 'flywheels' are spinning.  Very soon, green shoots will start to push through the earth and we will be swept away with the onrush of spring. 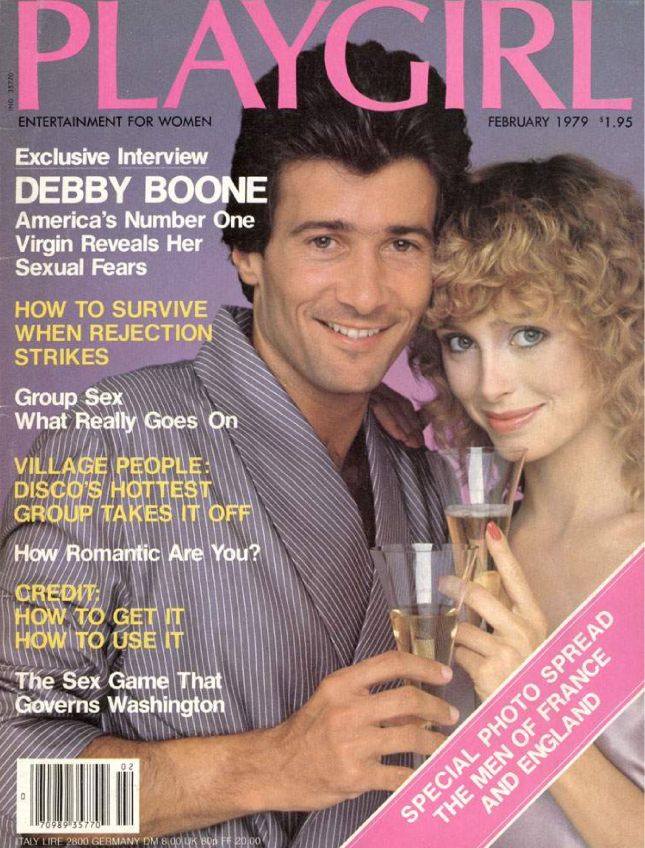 Check out highlights from Playgirl's February 1978 and 1979 issues on the NEXT PAGE HERE: 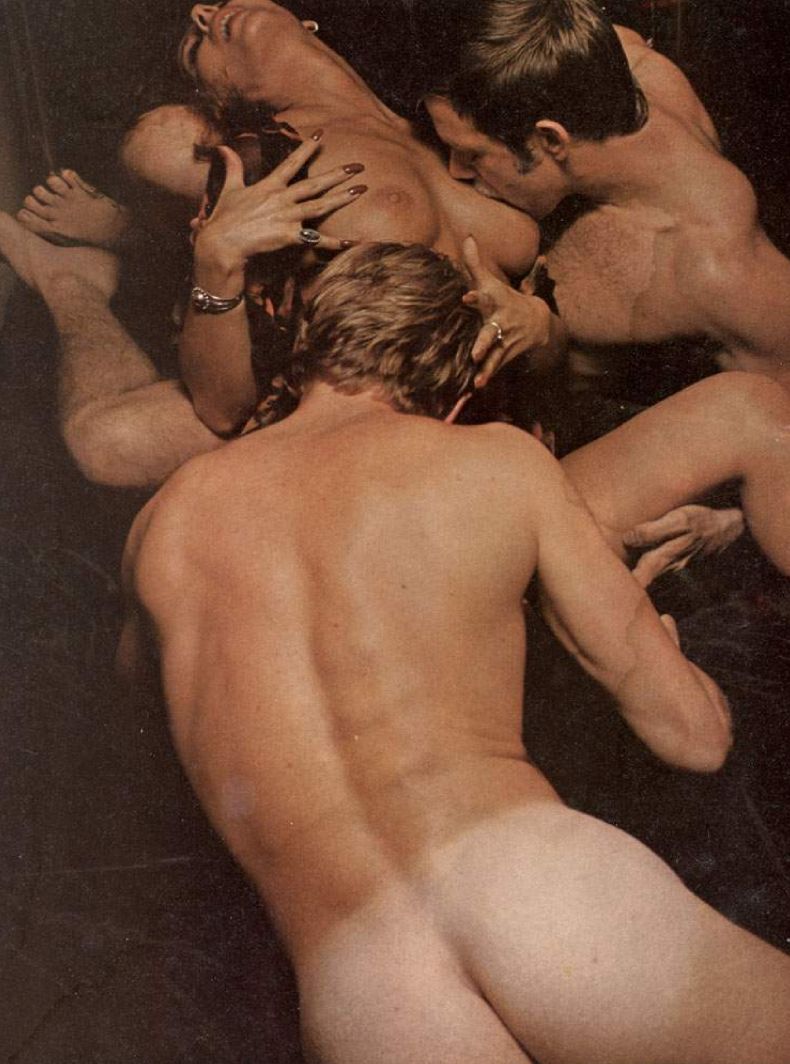 Email ThisBlogThis!Share to TwitterShare to FacebookShare to Pinterest
Labels: Back Issues 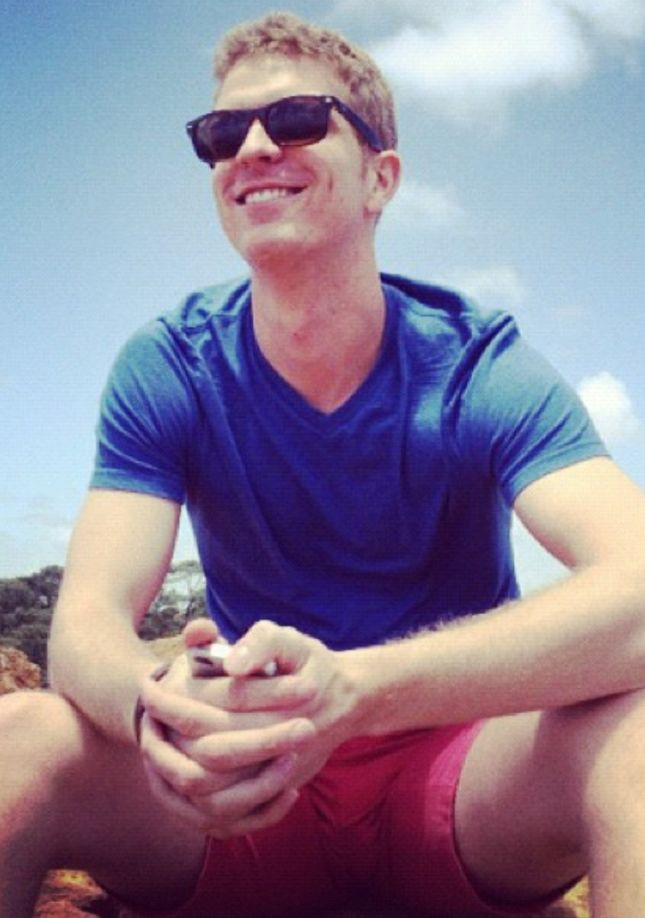 Before the 2016 election, I had CNN on all day and was a little addicted to cable news.  After the orange sociopath won, I turned it off.  Not only did I not want to see or hear him, it was also clear to me that cable news helped get him elected. They're doing it again, currently with a QAnon loving house member, cable news is elevating yet another shithead.  They, and many watchers, just can't turn away from the accident. 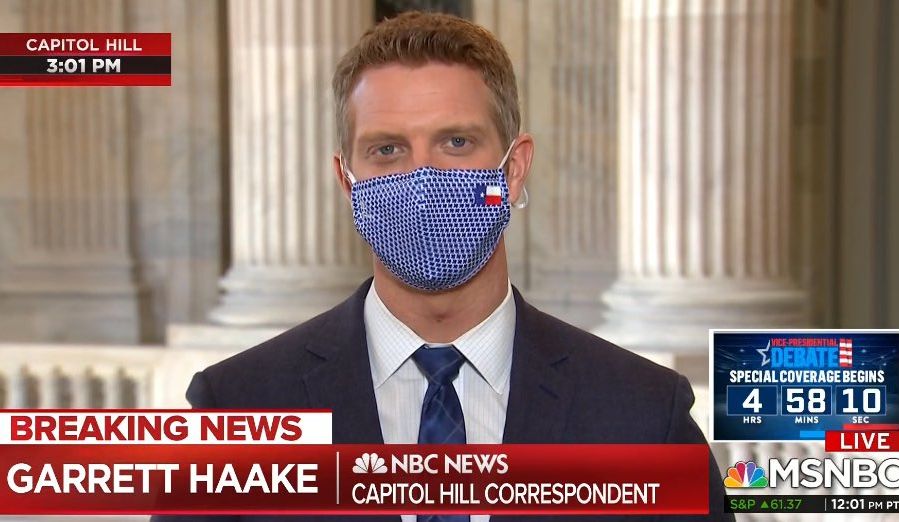 Haake is handsome for sure, but for some reason, his mask is making him especially hot to me.  Maybe in part because it sort of forces focus.  Focus on his beautiful eyes, and a focus, on his incredibly sexy Adam's apple.  I don't really remember ever being attracted to a guy's Adam's apple before, but when Garrett is on the air, I'm almost mesmerized watching it move when he speaks. I've never wanted to bite into an apple more. 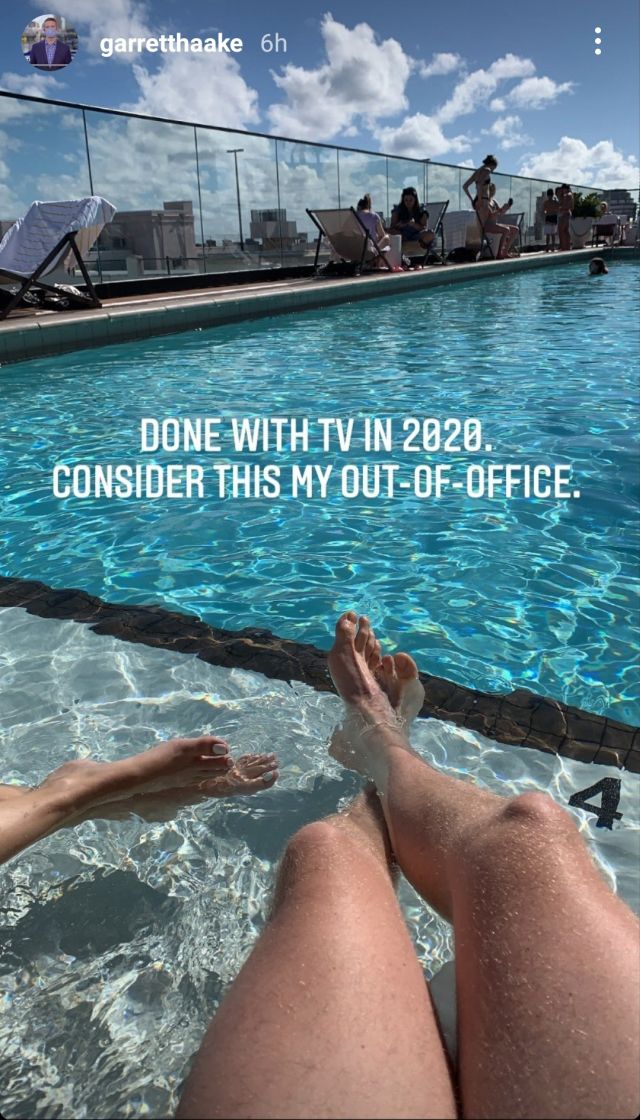 MSNBC doesn't give us many views of Haake's legs, but his Instagram does... Those legs could pull my attention from his neck whether he's at work (below) or on vacation (above),  If you do check out Garrett's Instagram, you'll notice those legs get quite a work out.  In addition to being a runner, most of his Instagram images are from his time at the gym. 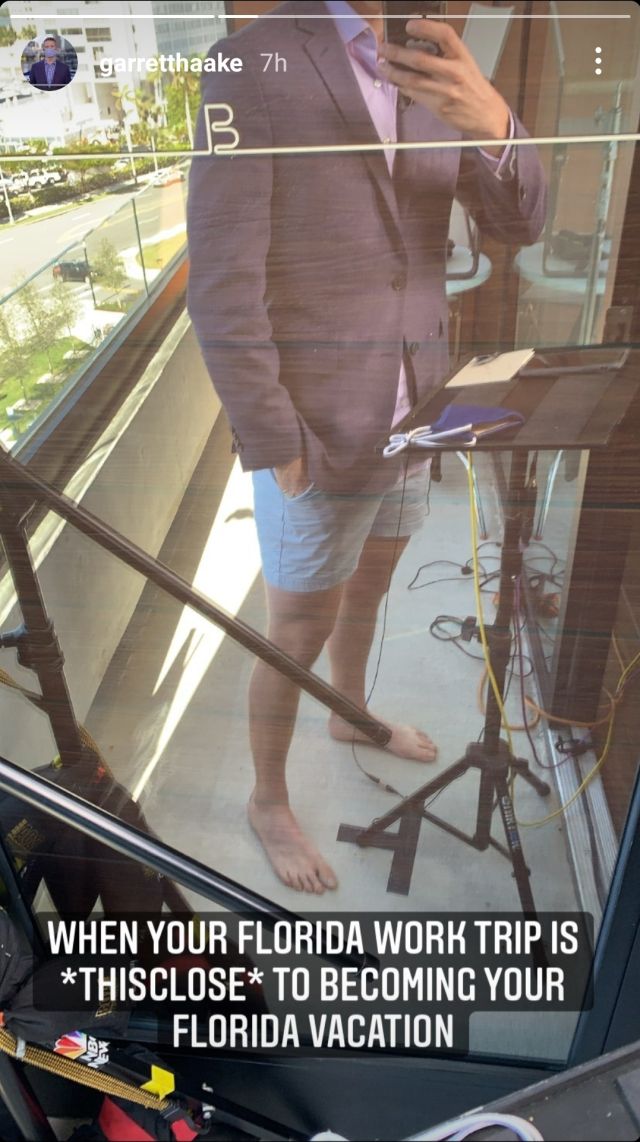 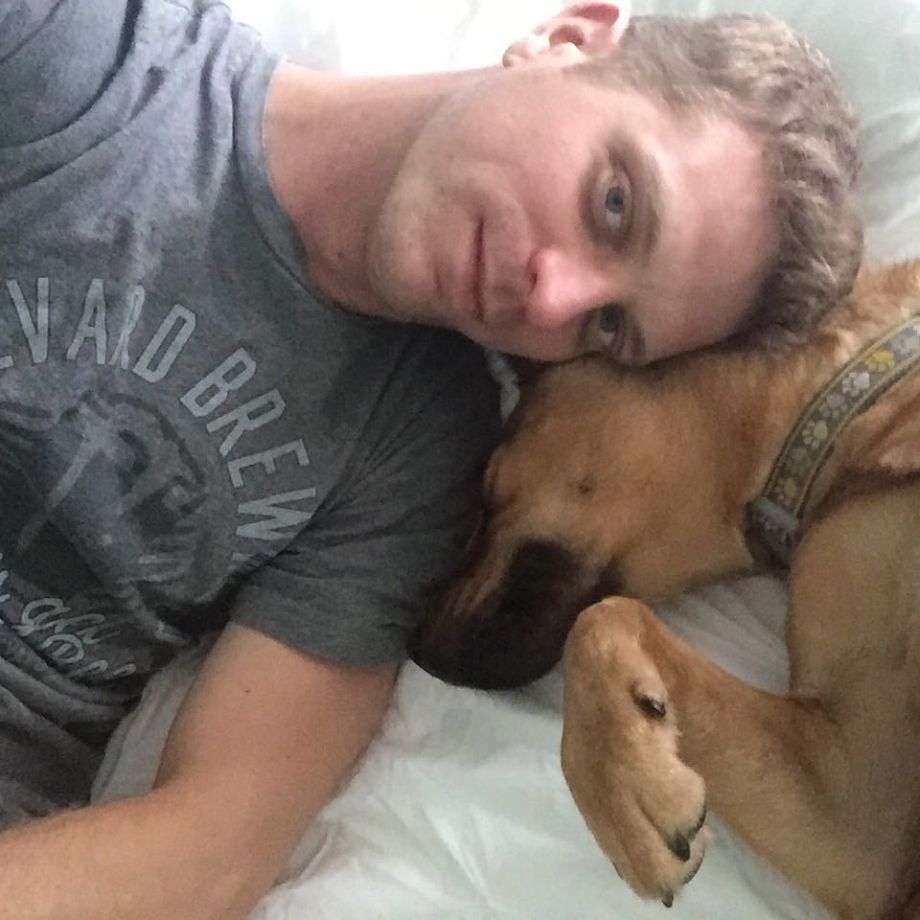 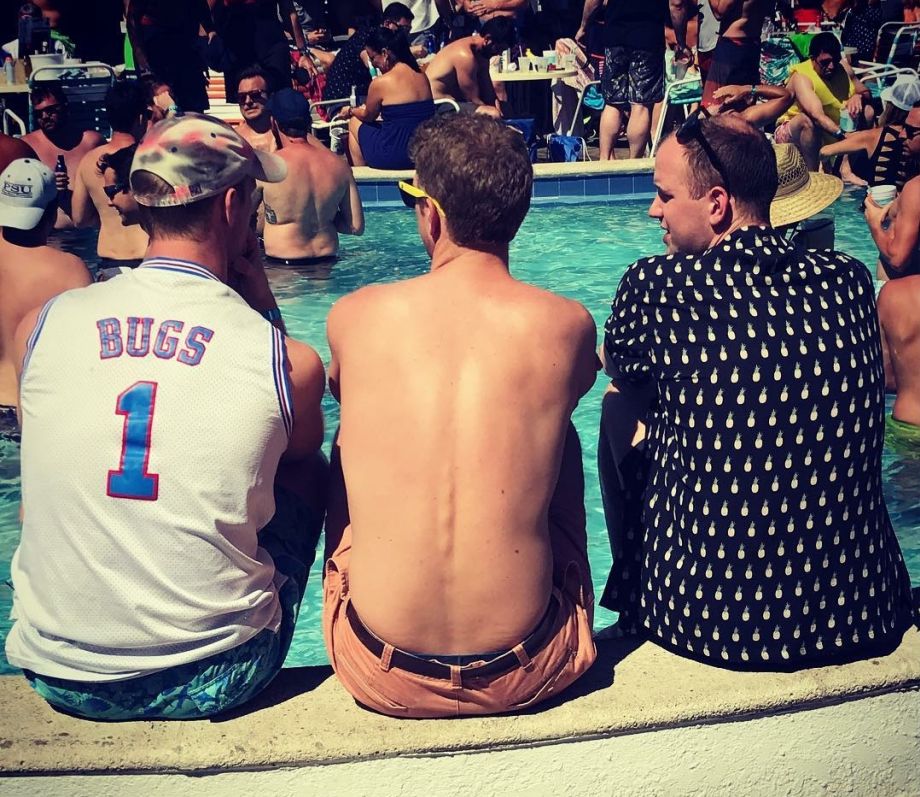 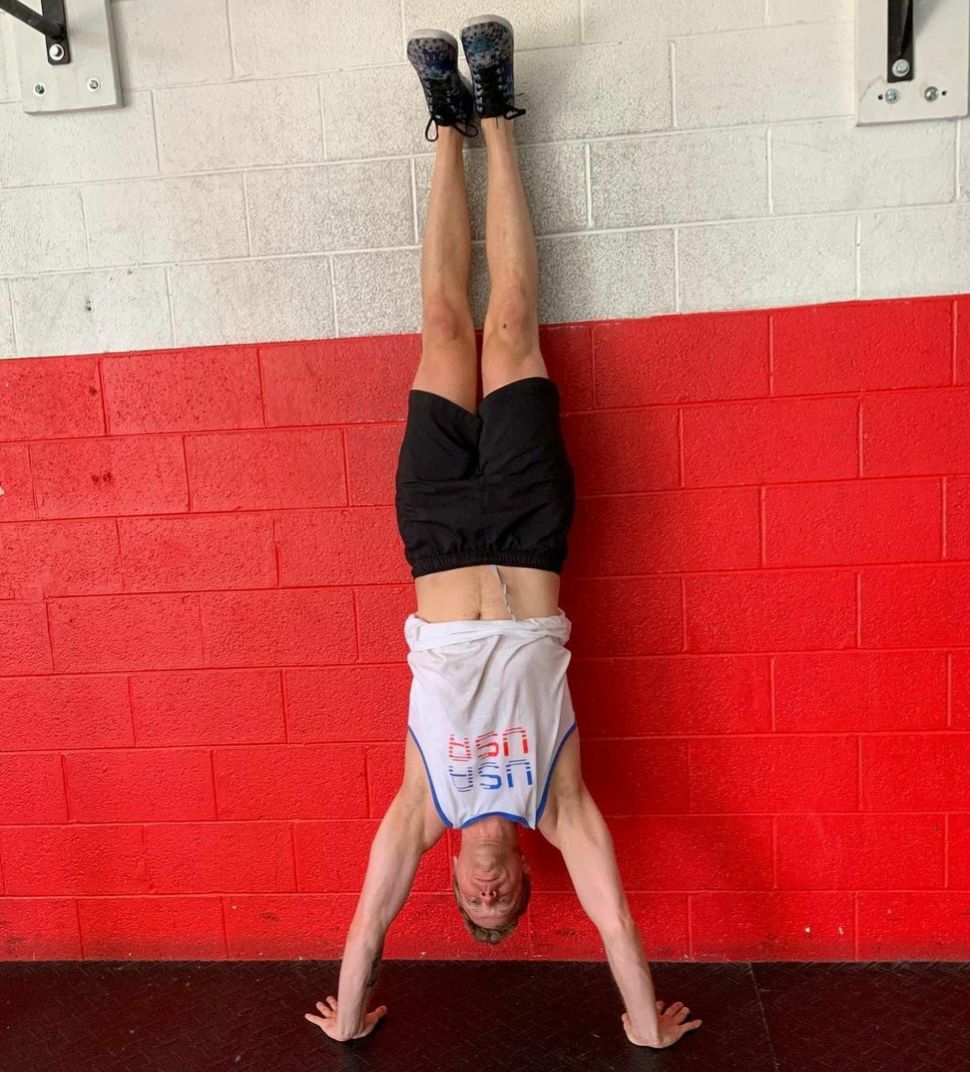 Email ThisBlogThis!Share to TwitterShare to FacebookShare to Pinterest
Labels: Caucus 'Being a model you gotta go in expecting nothing but greatness and working with Bob more than lived up to that.'
Marvin 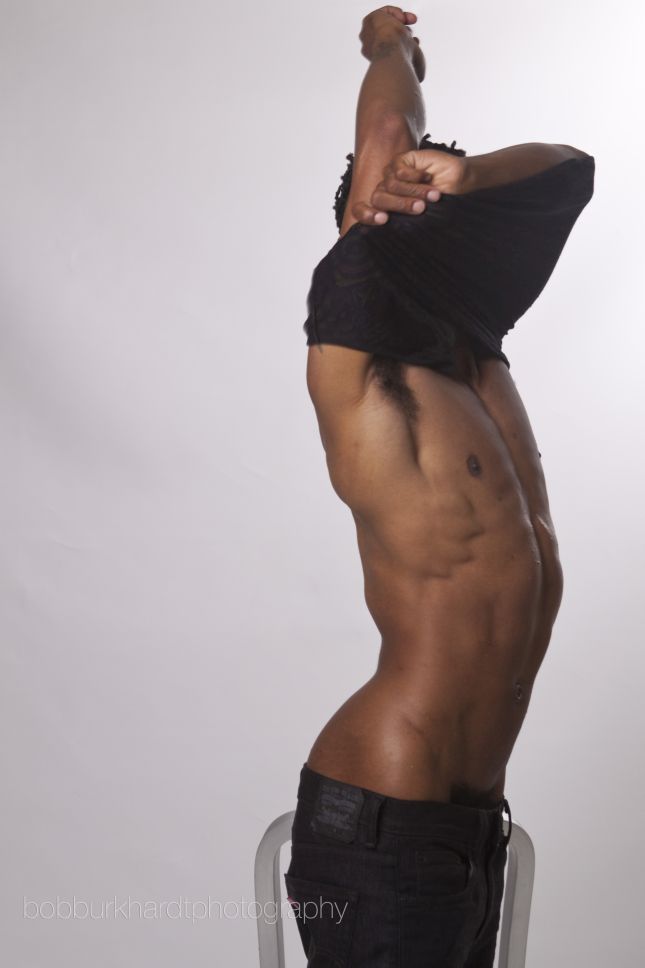 It's sometimes difficult to describe what specifically makes an image great.  When I see an image that grabs my attention, I like to figure out exactly what it was that I was drawn to.  Back in 2012, when I first discovered the work of photographer Bob Burkhardt, I knew exactly what it was.  In that first piece, The image below of  Marvin, was one of the first images of Bob's that I saw . I found the shot so full, so complete, both visually and emotionally, that I had to use it as pic of the day. 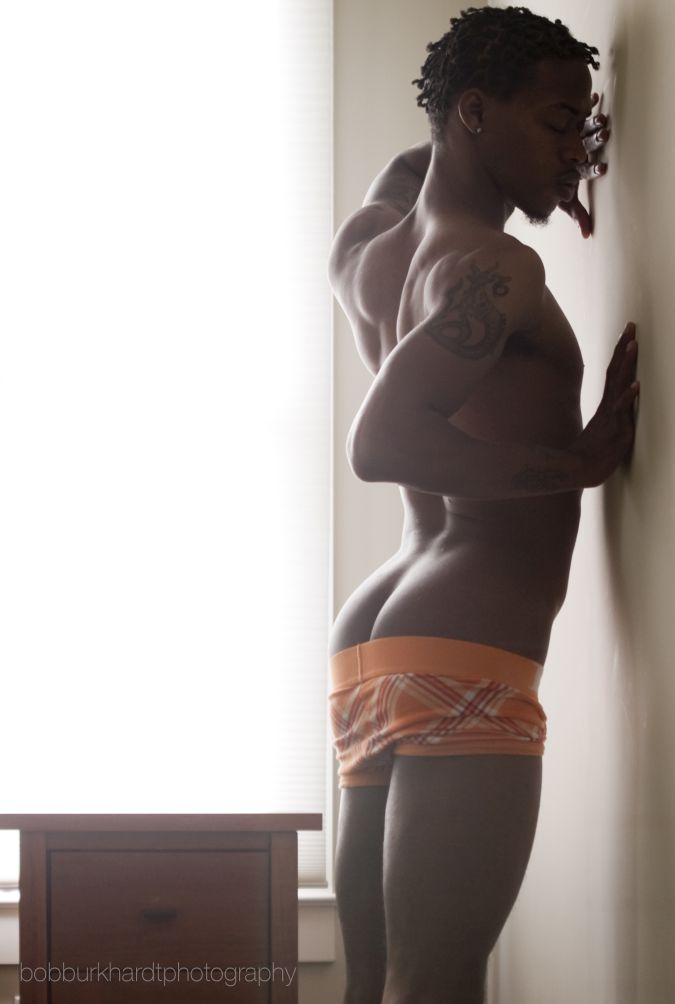 In the first piece on FH featuring Bob's work, (Field Of View) I described Bo's vast field of vision. In the post, I described the influence of Bob's experience as a designer within his work. I so often see images where the model is extraordinary, or the concept is great, yet for some reason the image itself hasn't quite come together.  With Bob, every aspect of his work, the pose, the lighting, the composition and mood is always beautifully complete. 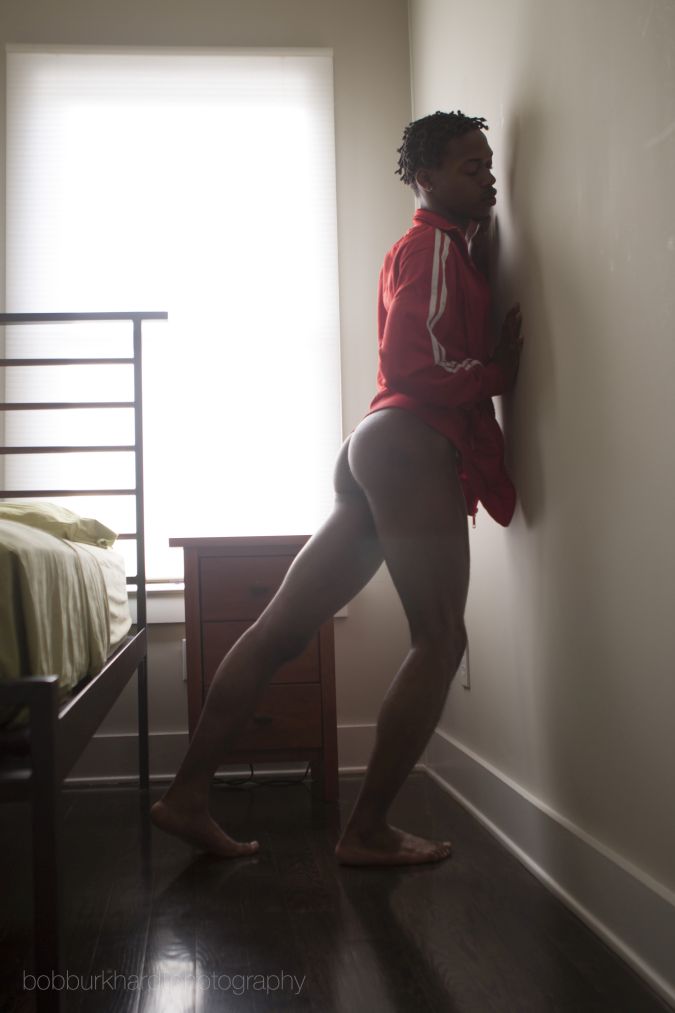 When Bob and I were recently deciding on what shoot or model to feature shoot, I was thrilled that one of his suggestions was Marvin.  Although they have shot several times together, I wanted to go back to that one shot that initially drew me to Bob's work.  Bob generously sent on images from that first shoot, hundreds of shots, that it took awhile to narrow it down my favorites. 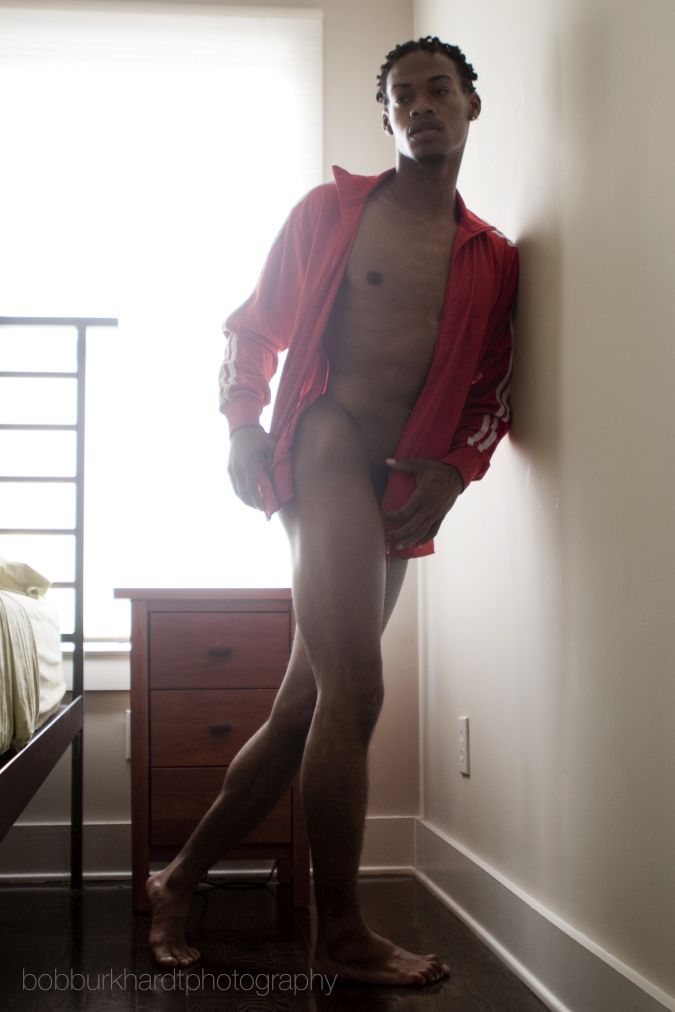 Marvin and Bob first me through a mutual friend.  Marvin was working as a barber at the time.  Bob was immediately attracted to Marvin's look and was thrilled when Marvin agreed to model for him.  Although Marvin had done a bit of modeling before, this would be his first time modeling without wearing any clothing.  Despite being his first nude shoot, Bob says that Marvin was immediately at ease and was incredibly creative and expressive. 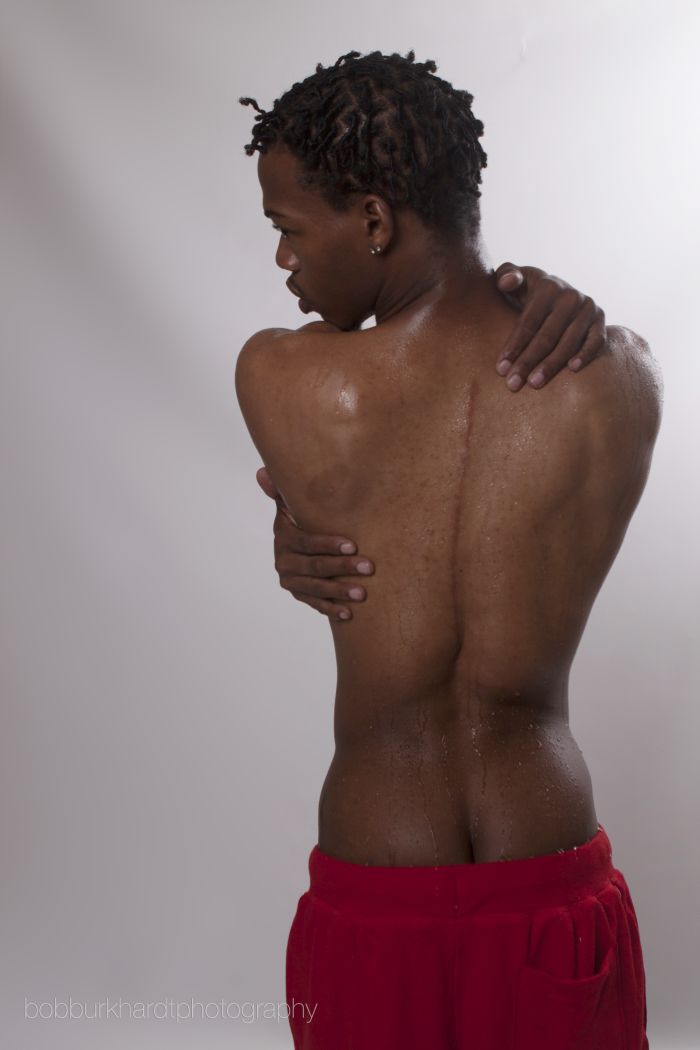 'The shoot was surprisingly amazing and we were able to work together so effortlessly. I felt free and brave lol more so accepting my own skin and being.It was done in such a professional and relaxing environment. '
Marvin 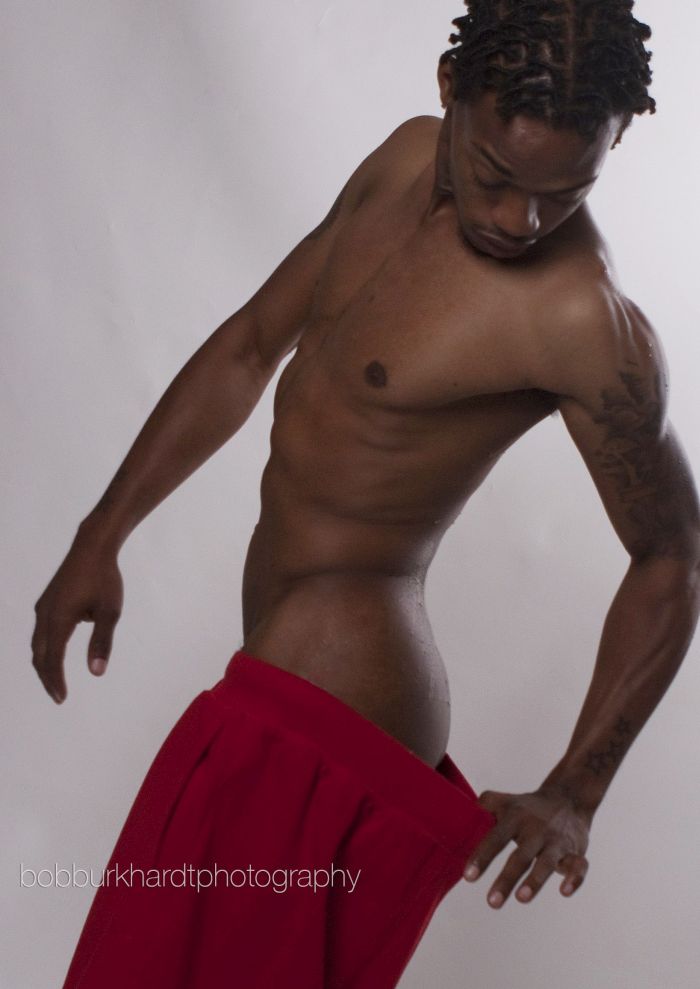 Marvin's creative expressiveness is one of the reasons I so love what he and Bob created.  When I describe Bob's imagery as being visually full, I also include the way in which he uses space.  Marvin's beautiful body and poses seems in some images, to stretch over the entire canvas.  Even in images which include negative (open) space, Marvin's energy is felt with Bob utilizing every inch of the space to ensure the image is complete. 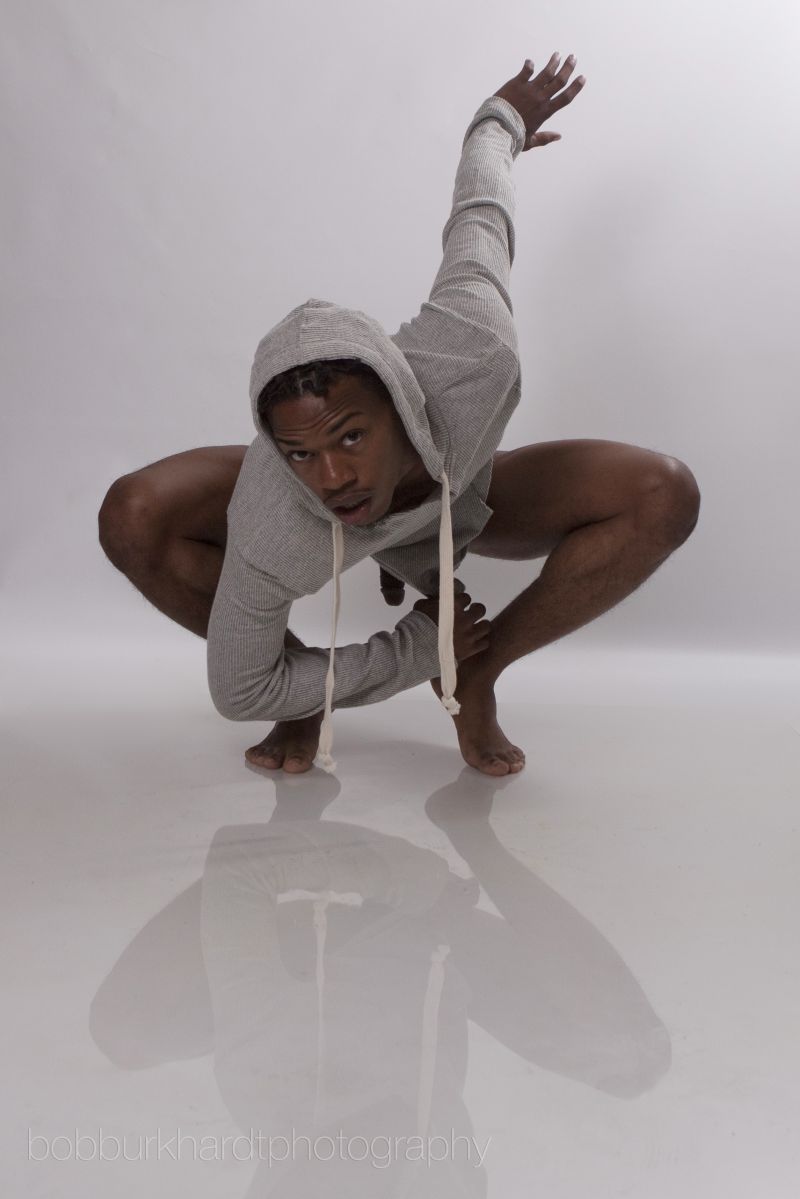 Although they went to shoot two additional times, Bob looks forward to future shoots with Marvin once Covid is in the rear view mirror.  In the meantime, you can look check out much more from this shoot on the NEXT PAGE HERE: 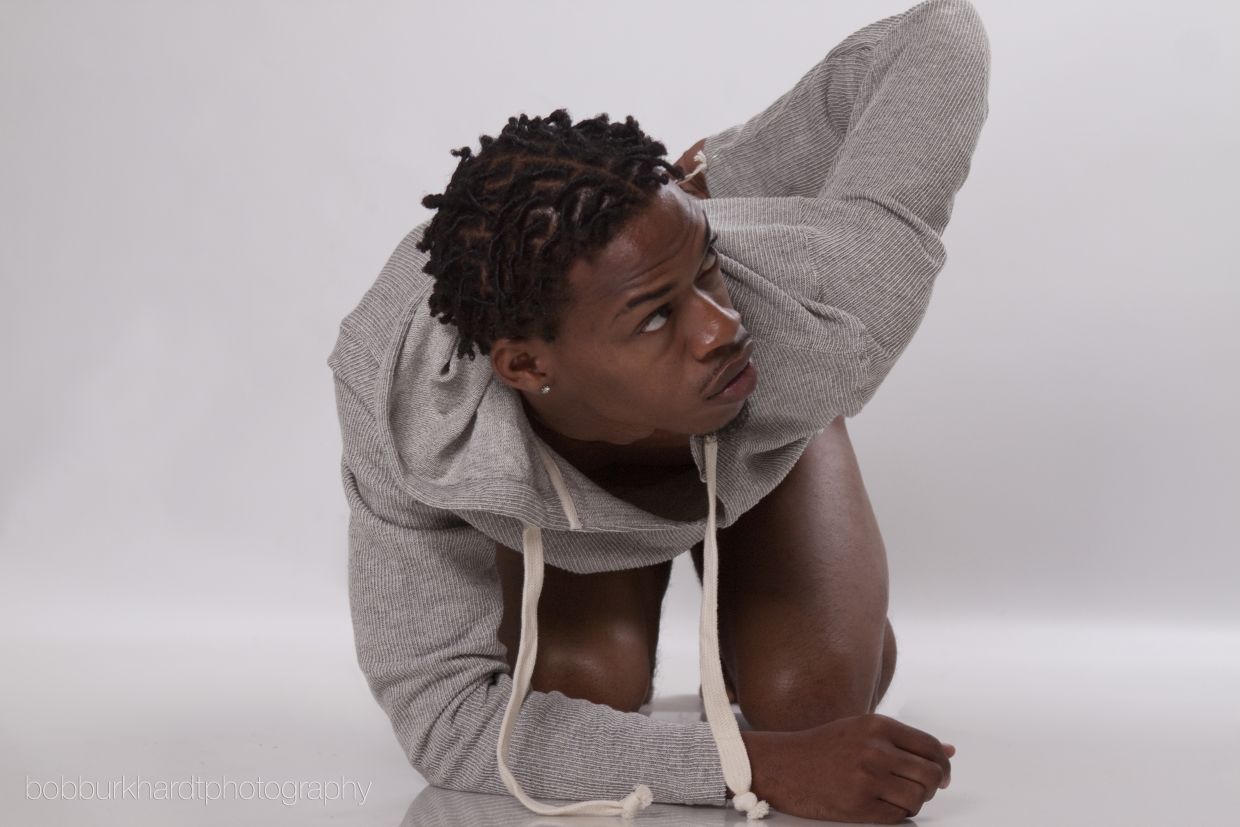 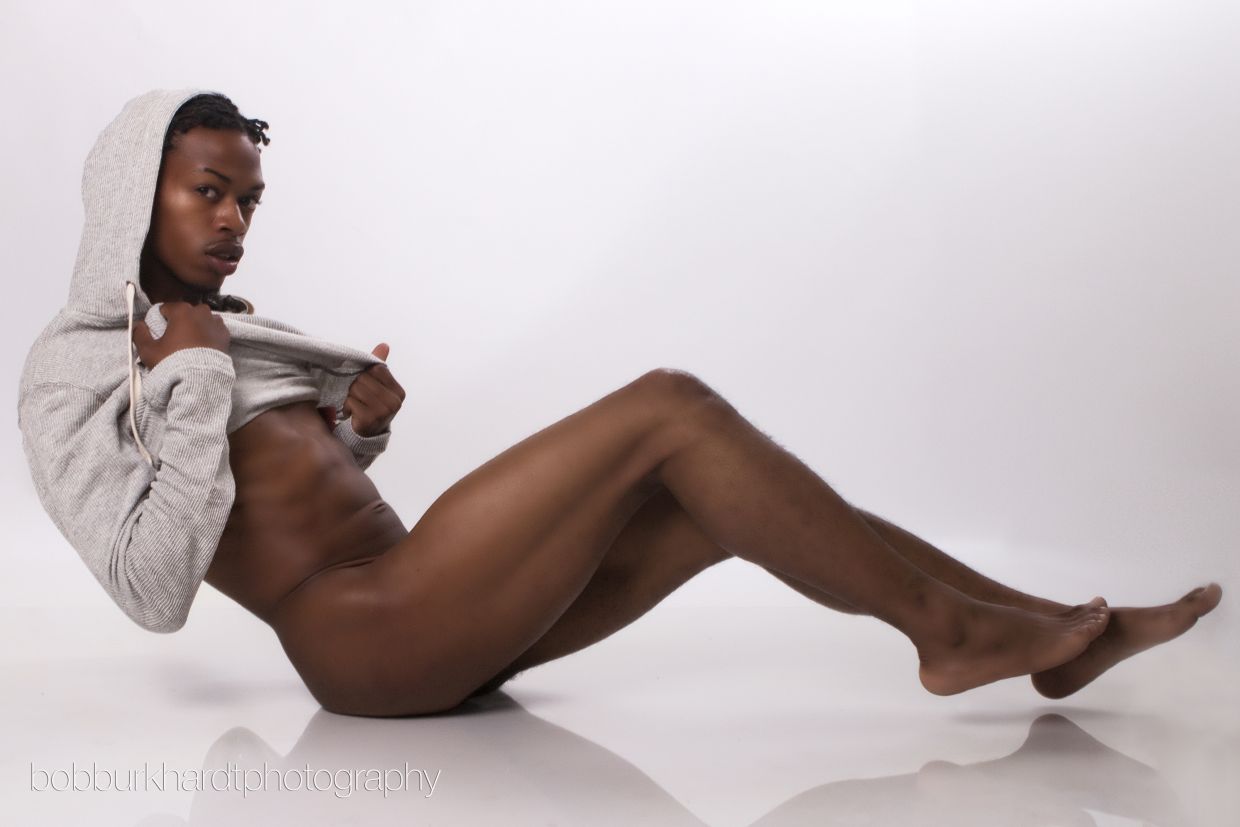 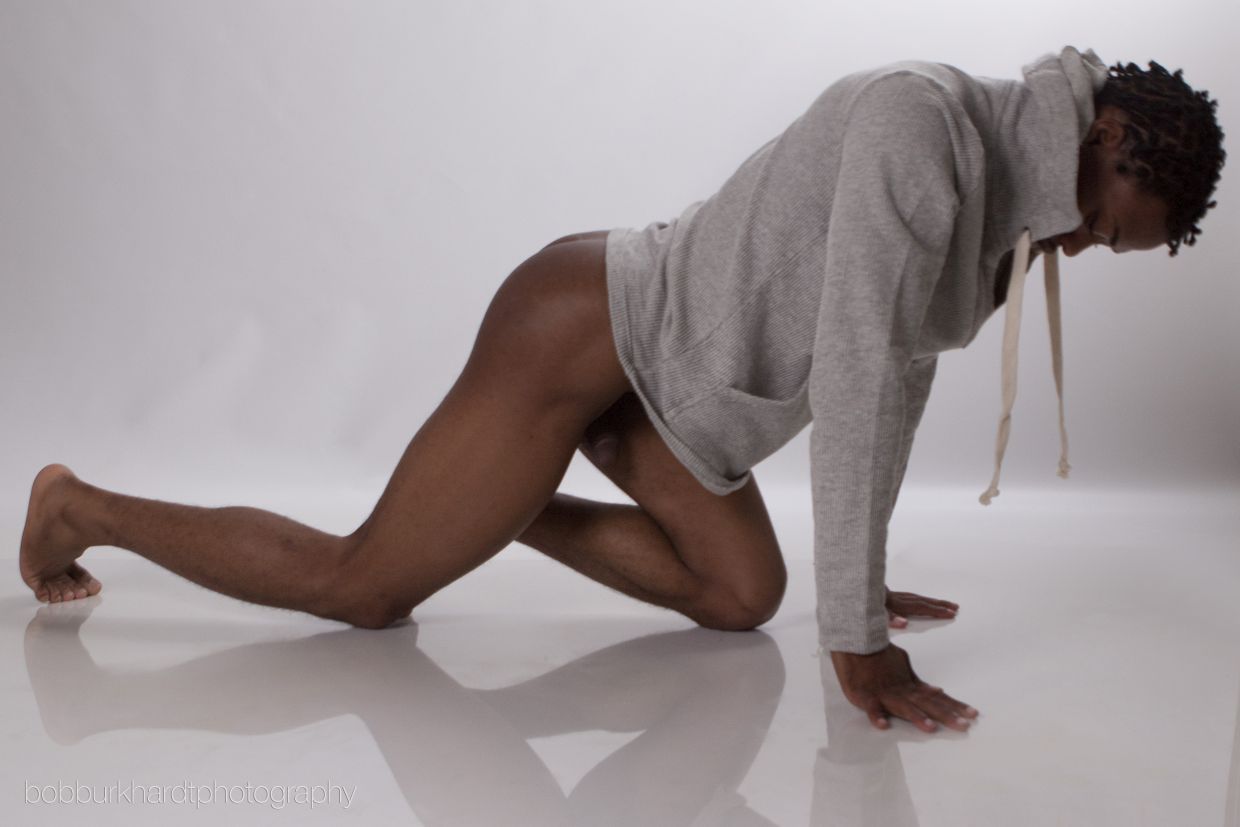