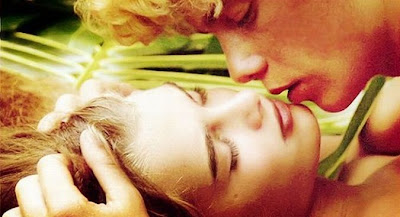 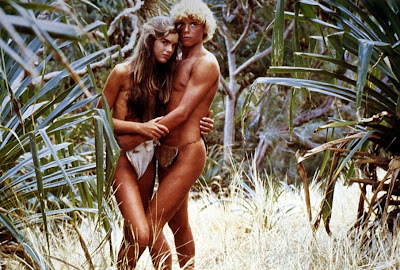 Below: Randal Kleiser on set with Shields and Atkins. I guess it would have made more sense to have done this post last year on the 30th anniversary, but I still felt it was worthy to note it was 31 years ago this month that THE BLUE LAGOON premiered in theatres in the US and Canada. The film actually first made it's debut on June 20th in New York, but premiered nationally on July 5th, 1980.

Filmed in Jamaica and Nanuya Levu (a privately-owned island in Fiji), and the blue lagoon scenes were shot in Champagne Bay, Vanuatu. The film written and directed by Randal Kleiser went on to become the 9th highest box office winning film of 1980 grossing $58,853,106 in the US and Canada. 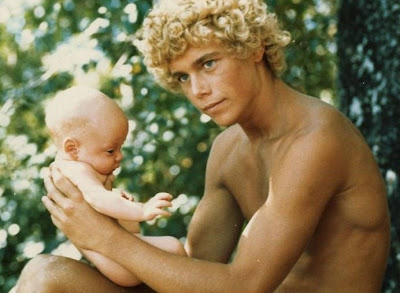 Box office aside, The Blue Lagoon had a huge impact on young gay men and boys all over the world. I am not sure the impact can actually be measured but I know from comments I get whenever I post about the film, and especially Christopher Atkins, that the movie's influence was widespread and powerful. Billed as a tropical love story, the relationship between Richard and Emmeline Lestrangethe seemed more a vehicle to focus on the journey through puberty. Because they were stranded on a Island, the journey was uncomplicated by maxi pad ads, parents, peers and the media.

It was almost unheard of in 1980 to have a teen idol so unabashedly sexual. Although many of his fellow actors 'teased' their 'female' fans with shirtless shots in Tiger Beat and 16 Magazine, the 19 year old Atkins seemed to welcome all fans. The actor seemed to realize early on the impact he, and his role had on, not just his teen fans but adult men and women as well. It is something that has followed Atkins throughout his career and one that although he may have wished at times would go away, he seems to have embraced. Akins has never really gotten the credit for the wisdom he seemed to have, even at 19, and the respect he appeared to show for those he had an impact on.

I was very young when the movie was in theatres but even long before I actually saw the film I distinctly remember being fixated on the People Magazine cover featuring Shields with Atkins in his tiny loin cloth. I have never seen such a beautiful guy and became obsessed with that magazine. I managed to find, and then 'steal' an old copy from a waiting room.

When I was old enough to rent my own movies, the VHS copy of The Blue Lagoon became my secret obsession. Like many of you I would rewind and play over and over again Aktins' swimming scenes and of course his far to fast trip down the water slide. 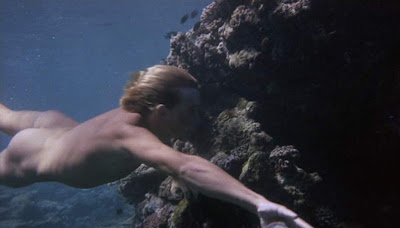 The Blue Lagoon and Christopher Atkins may not have won any Oscars (although the film was nominated for Best Cinematography) it remains vivid in the memories of many. It is hard to realize with the Internet so freely available to all these days, the incredible significance it was at the time to see such a hot young actor naked or pretty much naked for close to the entire 104 minutes (except how long it took them to finally crash on that island...) of the movie. At the time, and for many years after it was virtually unheard of. 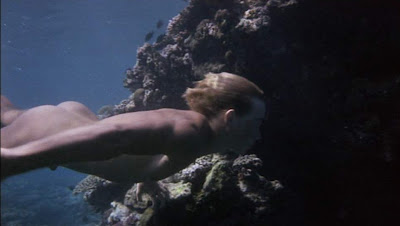 I was 14 when BL came out, It was a huge in my accepting being gay.... To this day I still hold Christopher Atkins as one of my great loves!!!!! thanks for the post.