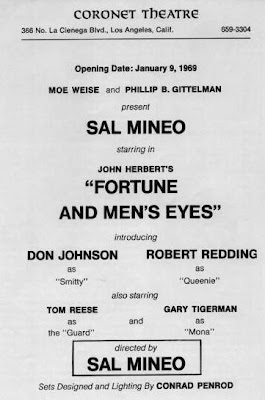 Fortune and Men's Eyes is a 1967 play and 1971 film by John Herbert about a young man's experience in prison, exploring themes of homosexuality and sexual slavery. The title comes from William Shakespeare's Sonnet 29 which begins with the line "When in disgrace with fortune and men's eyes". It has been translated into forty languages and produced in over a hundred countries. It is the most published Canadian play, and won the Floyd S. Chalmers Canadian Play Award.
Wiki 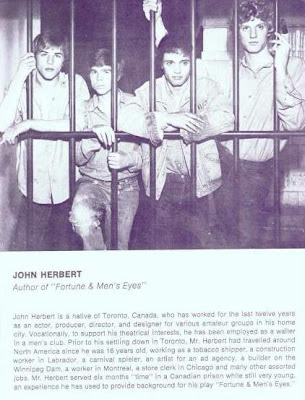 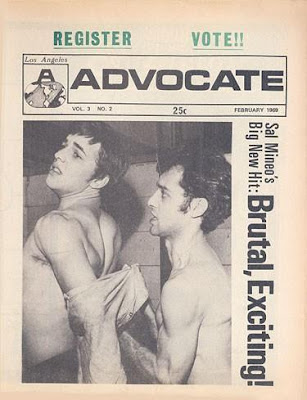 In 1969 the play was produced and directed by Sal Mineo at the Coronet Theatre in Los Angeles. Don Johnson played the lead role of Smitty, a young man sentenced to six months in prison for marijuana possession, who eventually becomes the sexual subordinate of another inmate, Rocky. 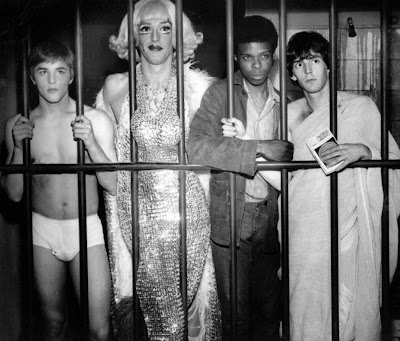 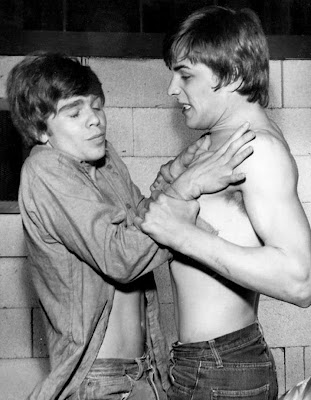 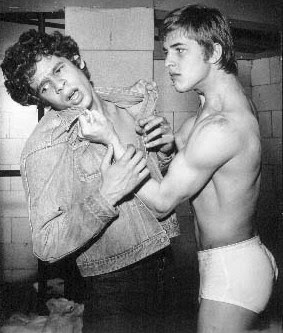 Check out more information, including a great account of the LA production on The Sal Mineo Official Website HERE: 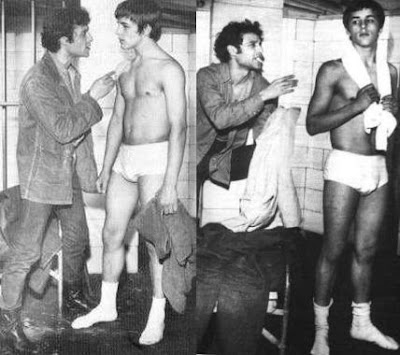 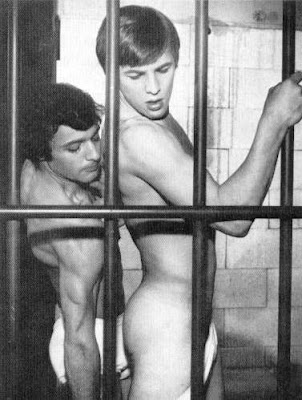 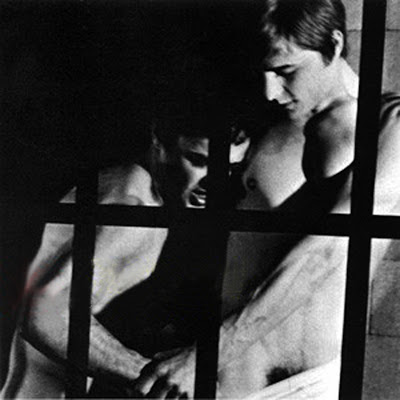 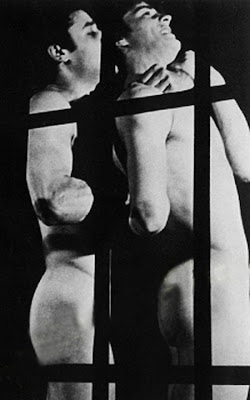 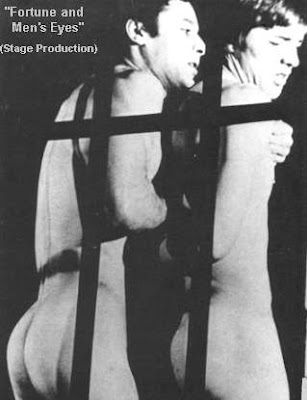 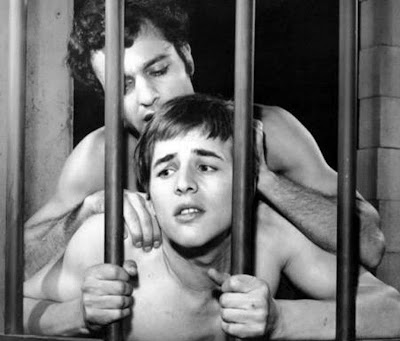 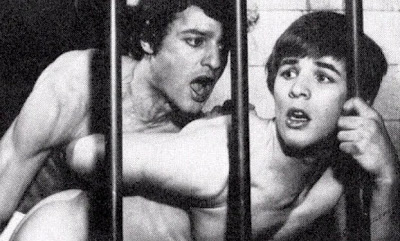 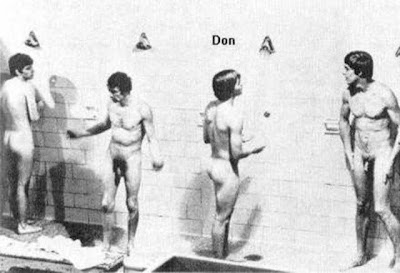 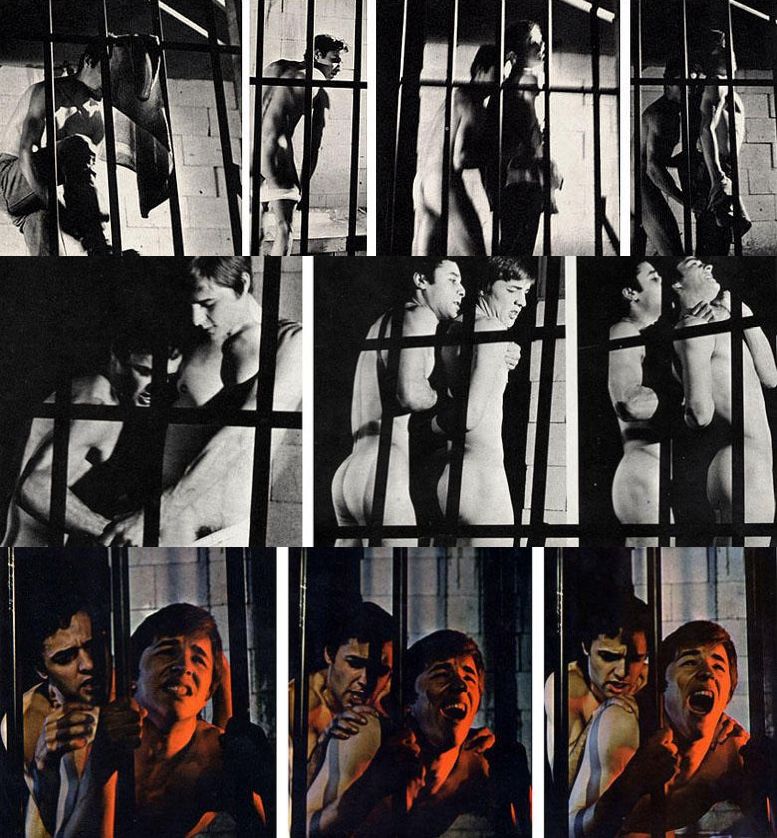