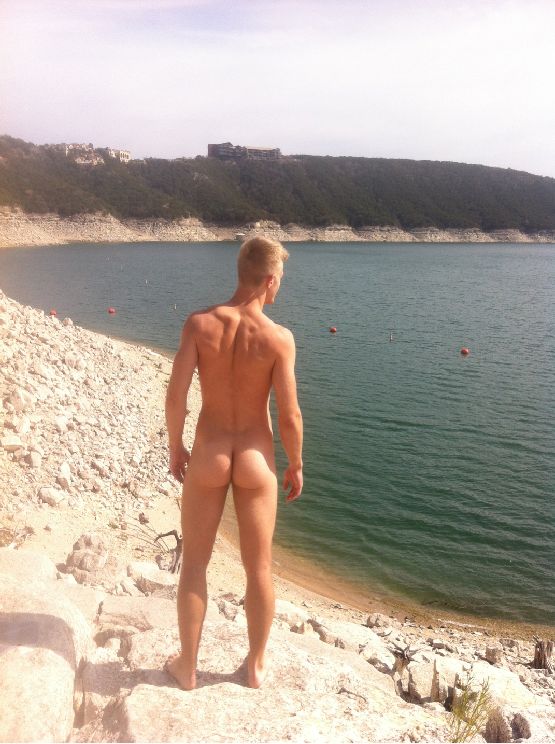 Police attempted to reason with the 31-year-old, who was wanted by police for parole violation. But he continued the sordid sex act in full view of officers... before losing consciousness and falling into the river at 2.17 pm on Saturday, reports New York Daily News.

Location note: The pic used here is from Hippie Hollow Park on Lake Travis here in Austin, Texas. I love going naked there. It is a clothing-optional county park funded by taxpayers. :-)