Images below by Mike Tossy We are no longer the soul documenters of these trips!
Gordon Nebeker 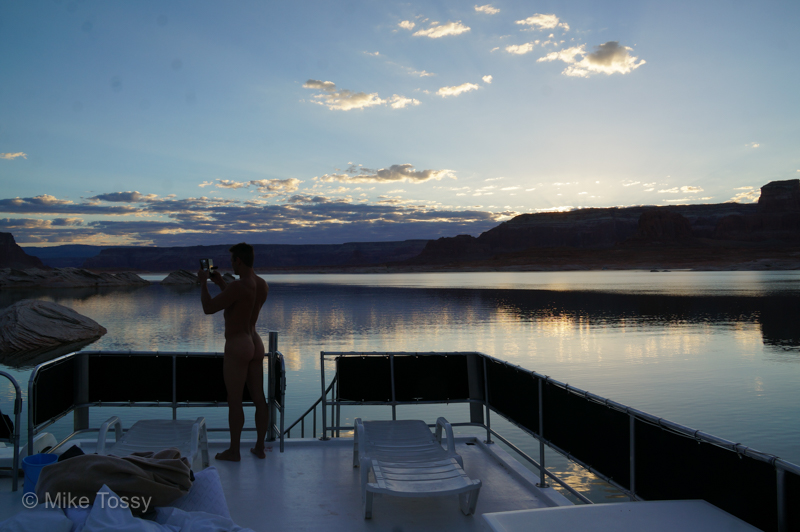 I guess the first surprise was (and it shouldn't have been) was how committed to getting content for social media (especially Instagram and OnlyFans) all four guys were. When not the subject of our cameras, they were frequently subjects for each other.

Mike Tossy
'A sign of the times perhaps but all the models were very involved with social media and even though internet coverage was sparse to nonexistent on the lake, the models were busy taking photos and films of themselves or each other (when they were not working with the photographers) to create content for their social media platforms. And they are mighty fine photographers too!' 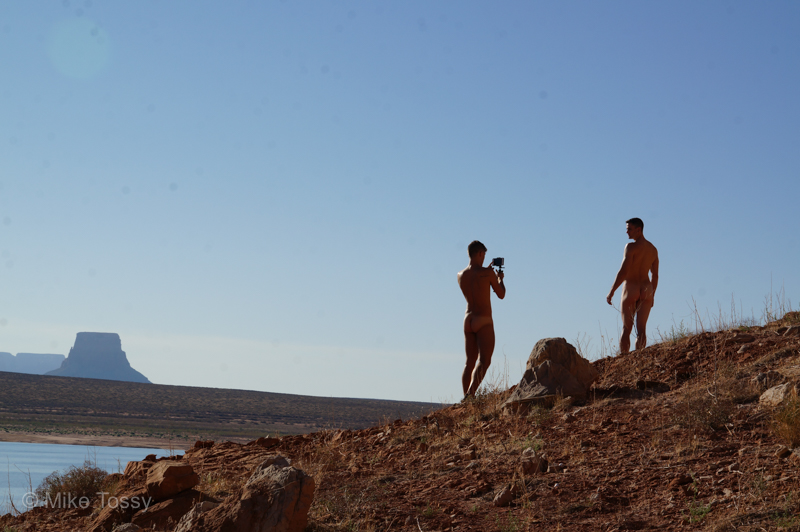 Despite the presence all of the models have on social media, for about 95% of the time, there was no cellular connection while out on the lake!  Although that didn't keep the four models and entrepreneurs from taking photos and videos, most couldn't be posted until they returned home.  Gordon shares however, that while enjoying dinner on the lake, no one was checking their phones or messages, a refreshing change from what usually occurs when out with friends for meal.  Being 'off the grid' may be a pain, but all agree it contributed greatly to the bonding process while on the lake.
at November 10, 2018