For Your Eyes Only: Bond by New Manhattan Studios 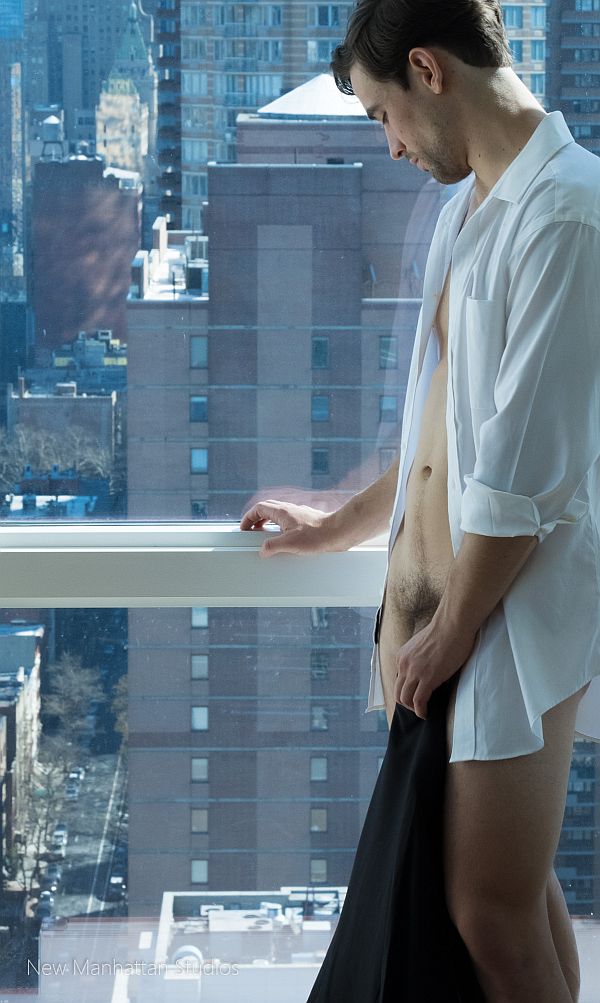 'You'll see what no one else can see, and now I'm breaking free.
For your eyes only, only for you.'
Sheena Easton, For Your Eyes Only 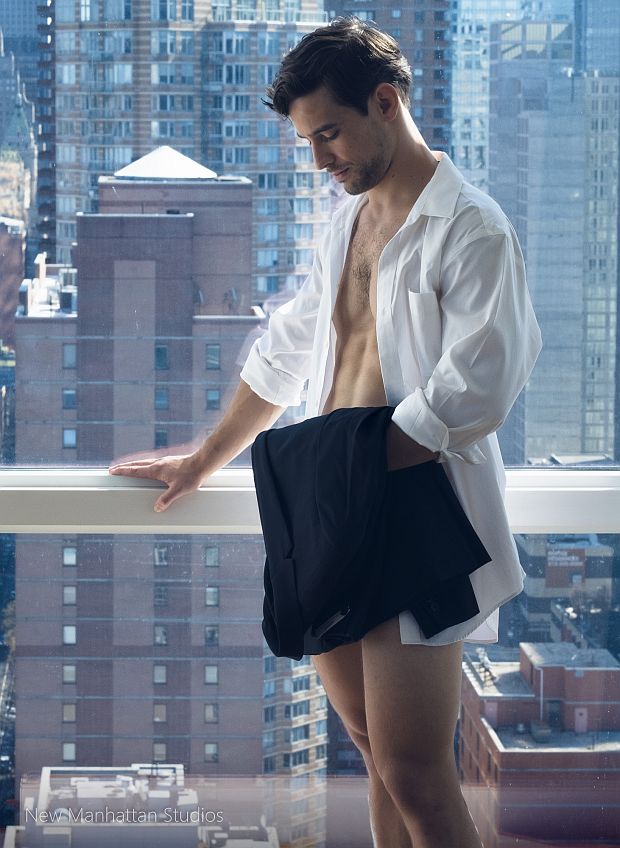 One of things I love most about featuring the work of New Manhattan Studios is uncovering the process.  Wes seems to love documenting process as much as I do, and always shares both stories, and visuals from behind the scenes. 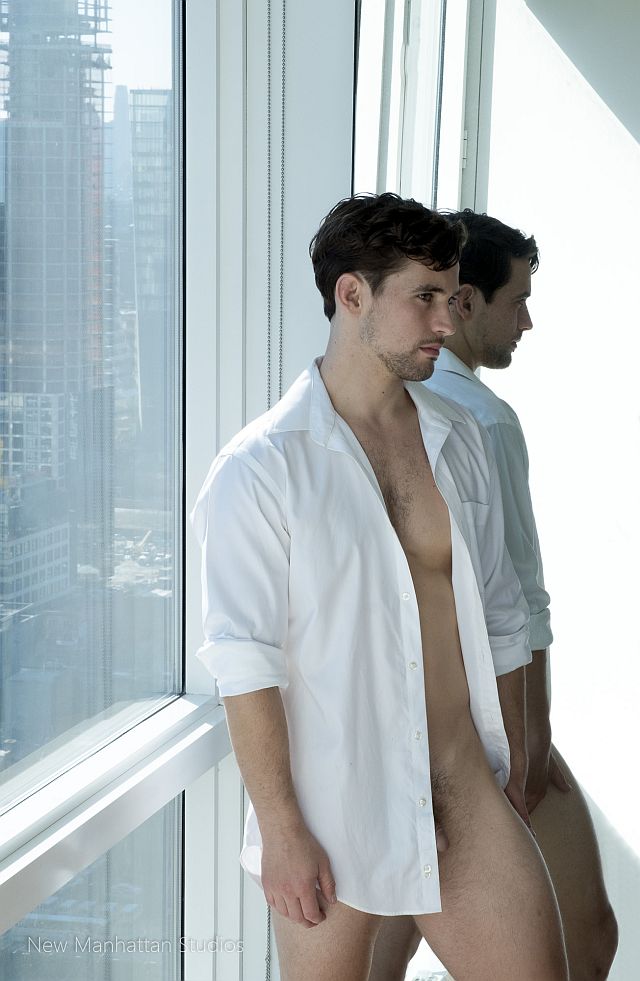 This is especially rewarding for this shoot, Bond's climatic grand finale. In addition to Bond hitting the gym to ensure he could slip snugly into his tux, you can see in these shots,  Wes also went all out. With  a dynamic location, props,  and wardrobe, not to mention three photographers and a professional make-up artist, Wes wanted to create and capture an elaborate and dynamic showstopper. 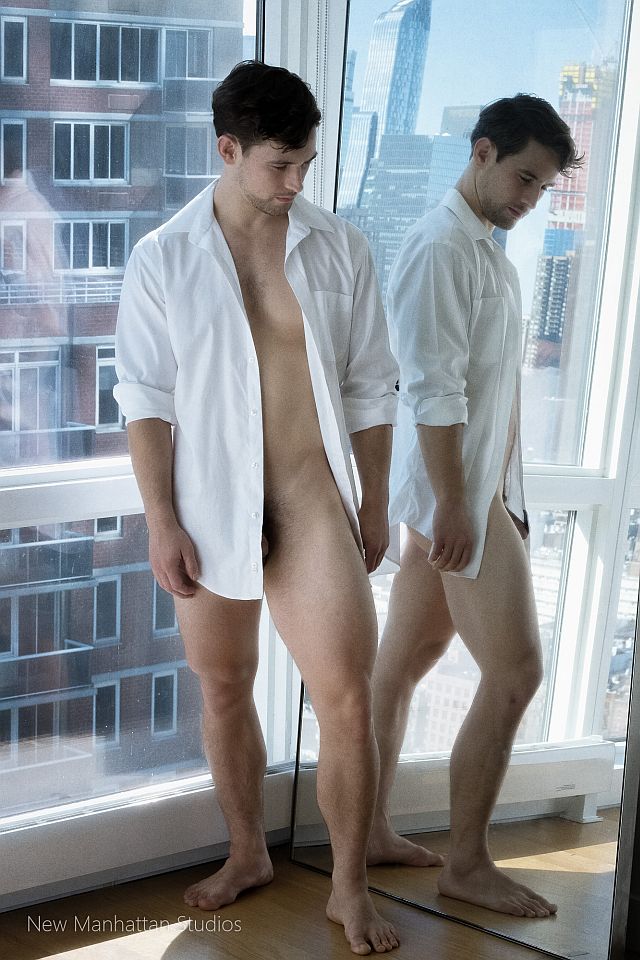 'For the studio’s part, we pulled out all the stops. His final photo shoot would be a weekend-long retirement party. We flew him and his girlfriend in for a long, holiday weekend in New York, complete with dinners and a Broadway show. They stayed in the penthouse apartment that we used as a shooting venue. Bond would go out on top and in style, literally and figuratively.' 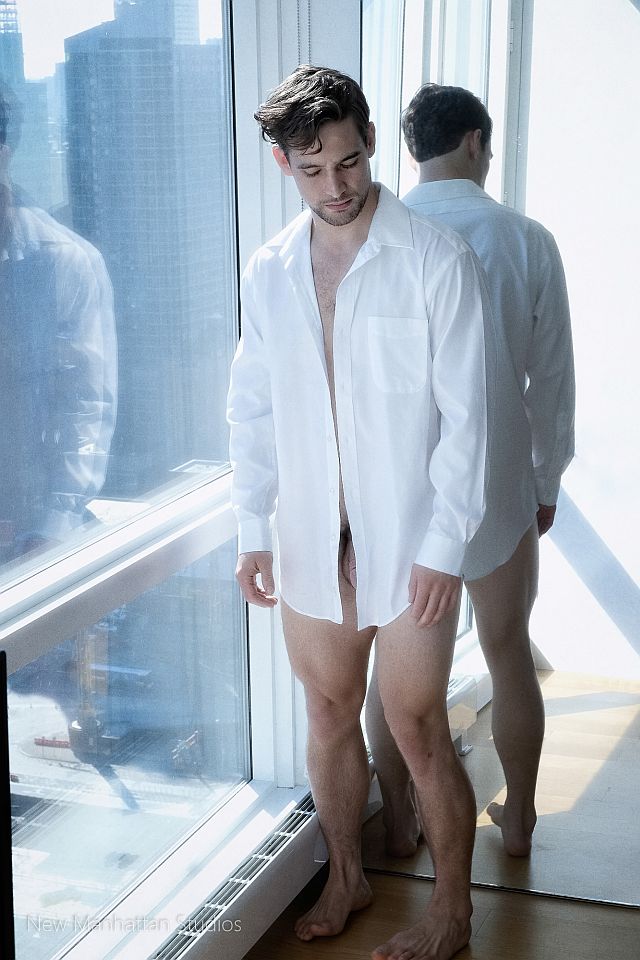 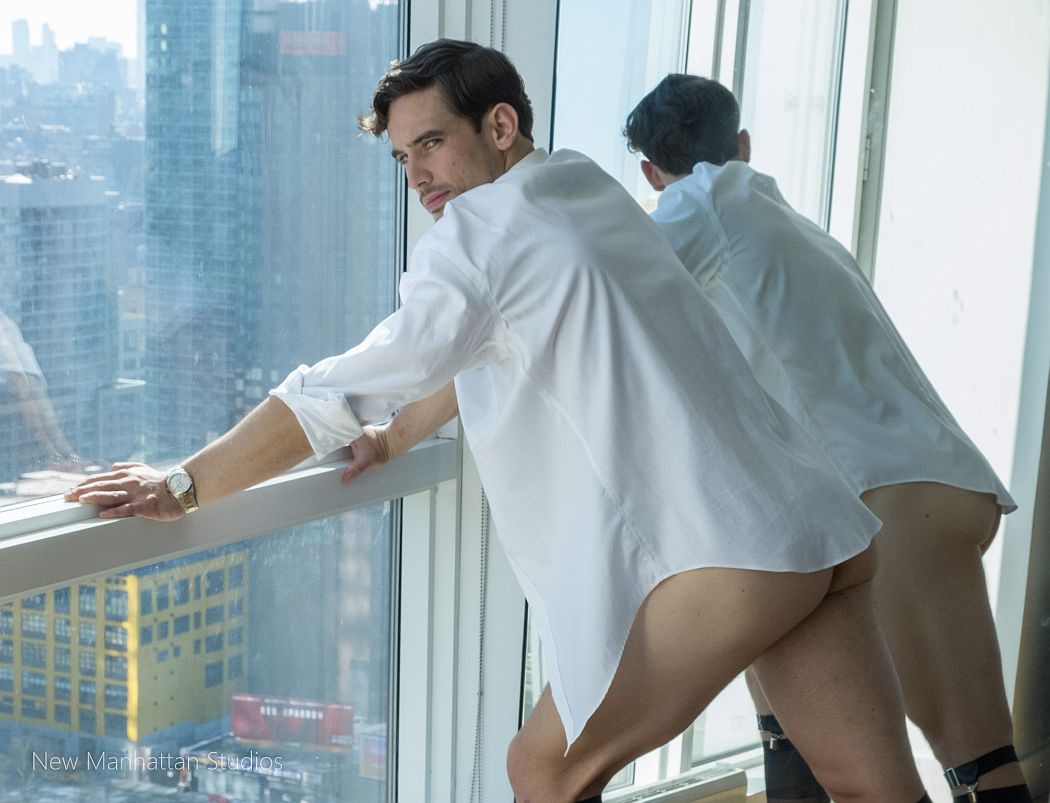 'The floor-to-ceiling windows in the 43rd floor apartment offered iconic skyline views that were breathtaking by day and wildly romantic by night. . .and a challenge to photograph day or night. For the most part, the views were unobstructed but there was an equally tall building immediately across the street to the east.' 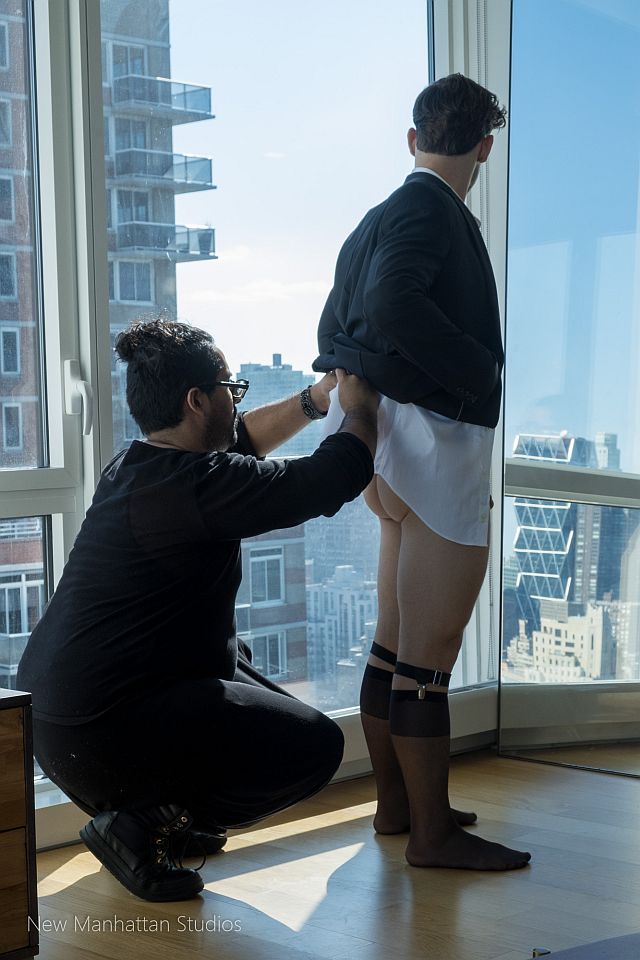 'At one point on Sunday morning we noticed a woman on her terrace, directly across from us. She, too, was taking pictures of the model. We discreetly moved Bond to another window, facing north.' 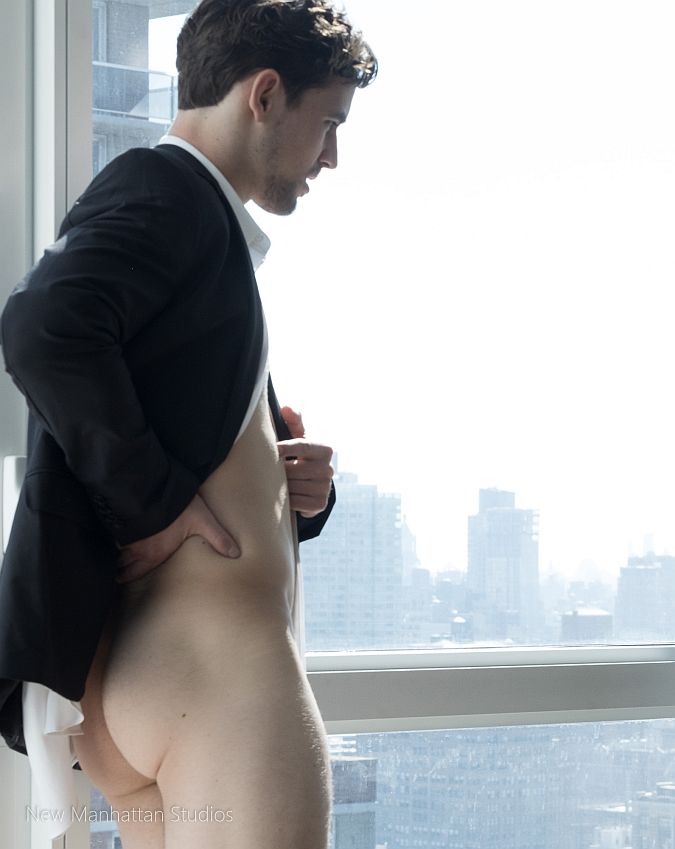 'The challenge at night wasn’t as easy to overcome. It was a corner apartment. Two walls were all glass and window. The opposite walls were white; the ceiling was white. When a strobe was fired, the place lit up like a Roman candle and the view was obliterated by garish reflections of white walls and people with cameras.' 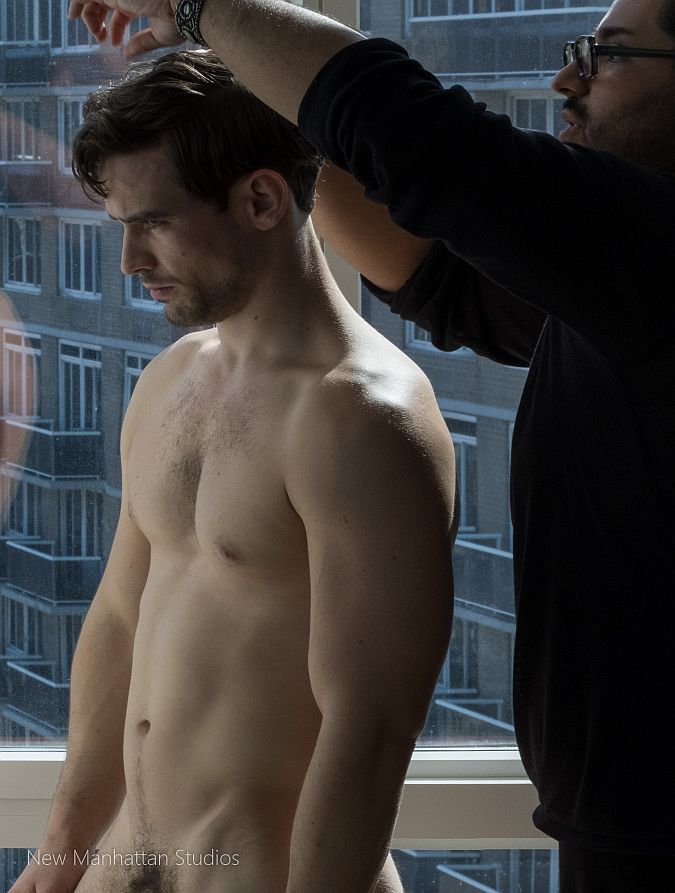 'One by one, we lowered and eventually turned off the studio’s lights. In the end, the only light that did not cast significant reflections on the windows was the reading lamp next to a chair. Unfortunately, working in such dim light we had to push the ISO on the cameras so high that there is a great deal of graininess and noise in the final images.' 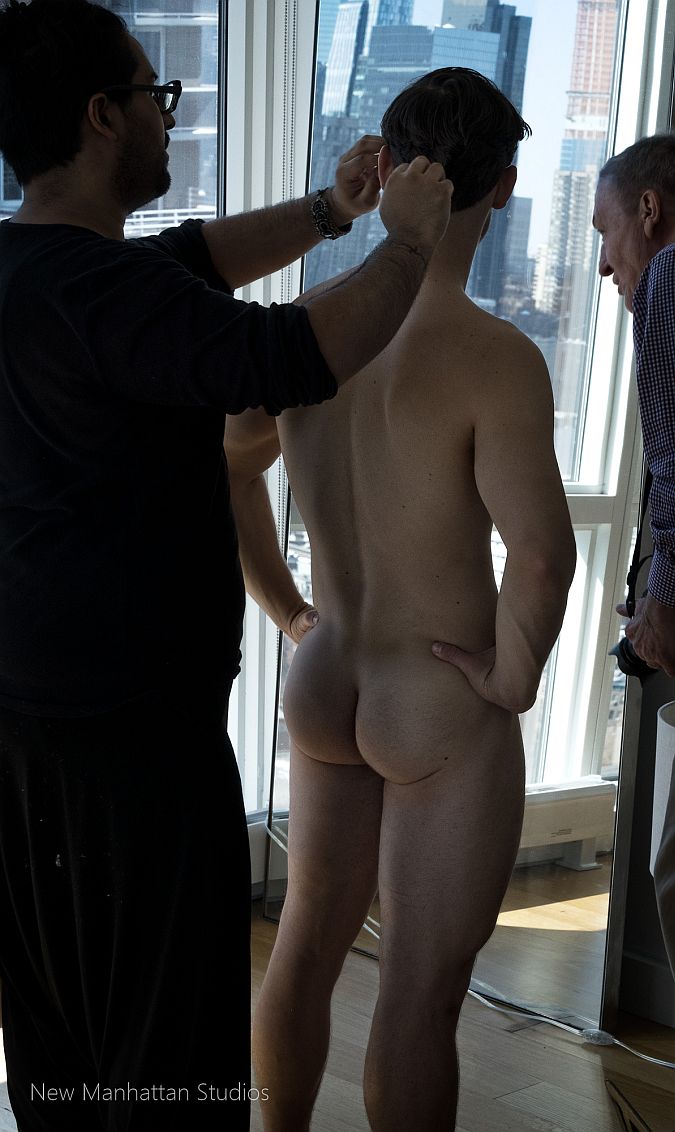 Well... sadly, we've reached the final chapter of Bond's work with New Manhattan Studio.  In the words of Jack Twist, I wish I knew how to quit you.  Although Bond's story in front of the camera appears to have come to an end, I've learned to never say never again.  Who knows, maybe one of these days Bond might get the itch to step in front of Wes' lens one more time. 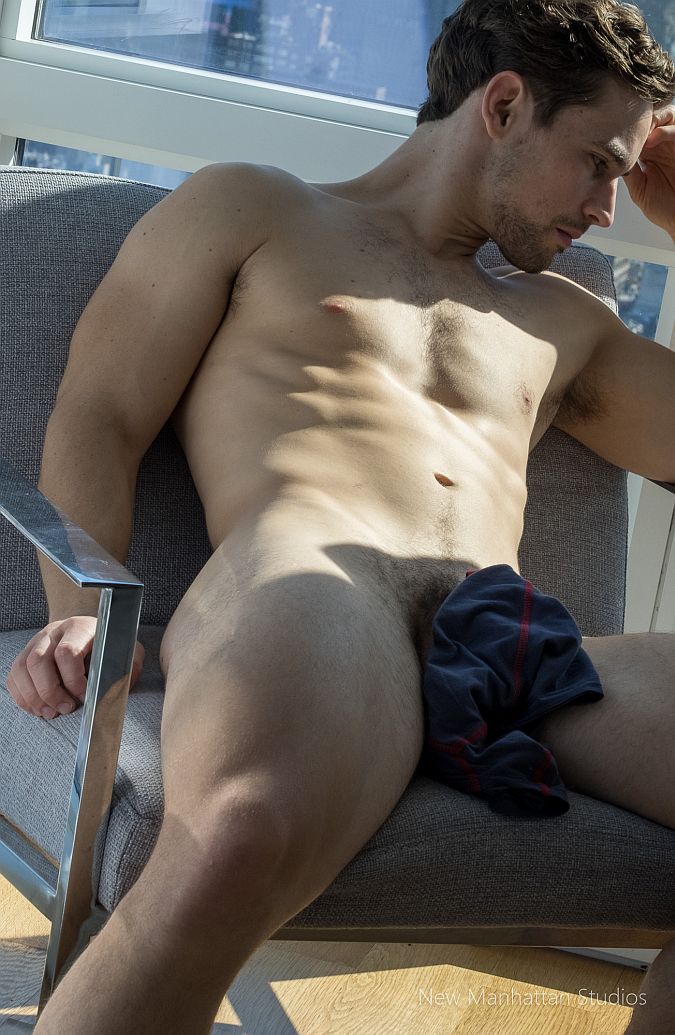 In the meantime, (and I think you knew it was coming....)  not good story is complete without a proper epilogue. Although this shoot was indeed the final chapter, there is an afterword, a visually  transparent end before we can officially close the book of Bond.  Look for it later this week! 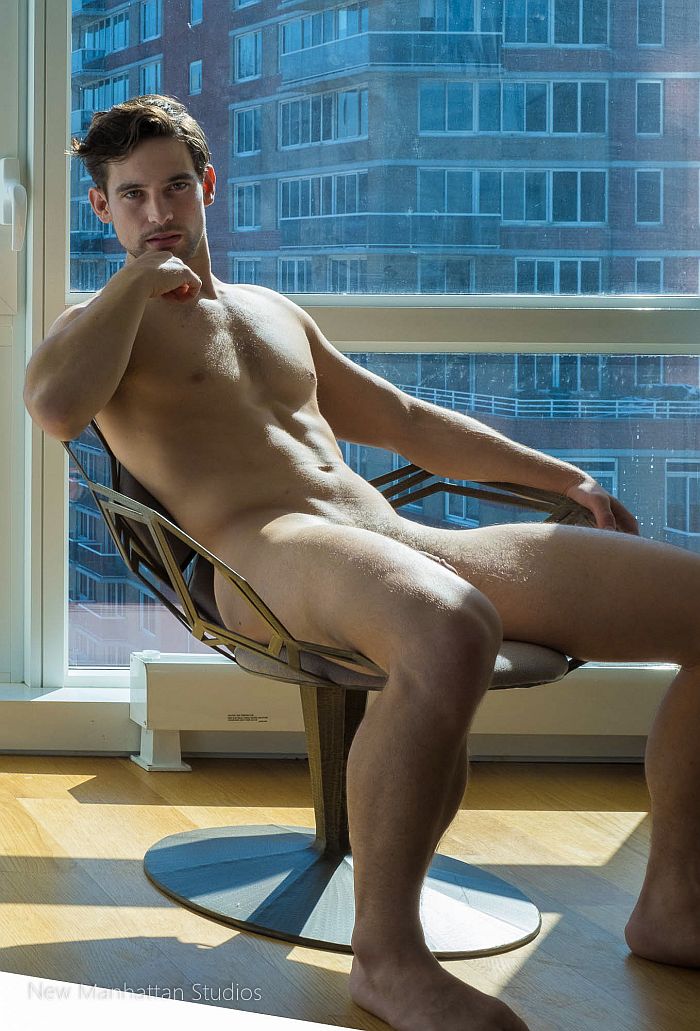 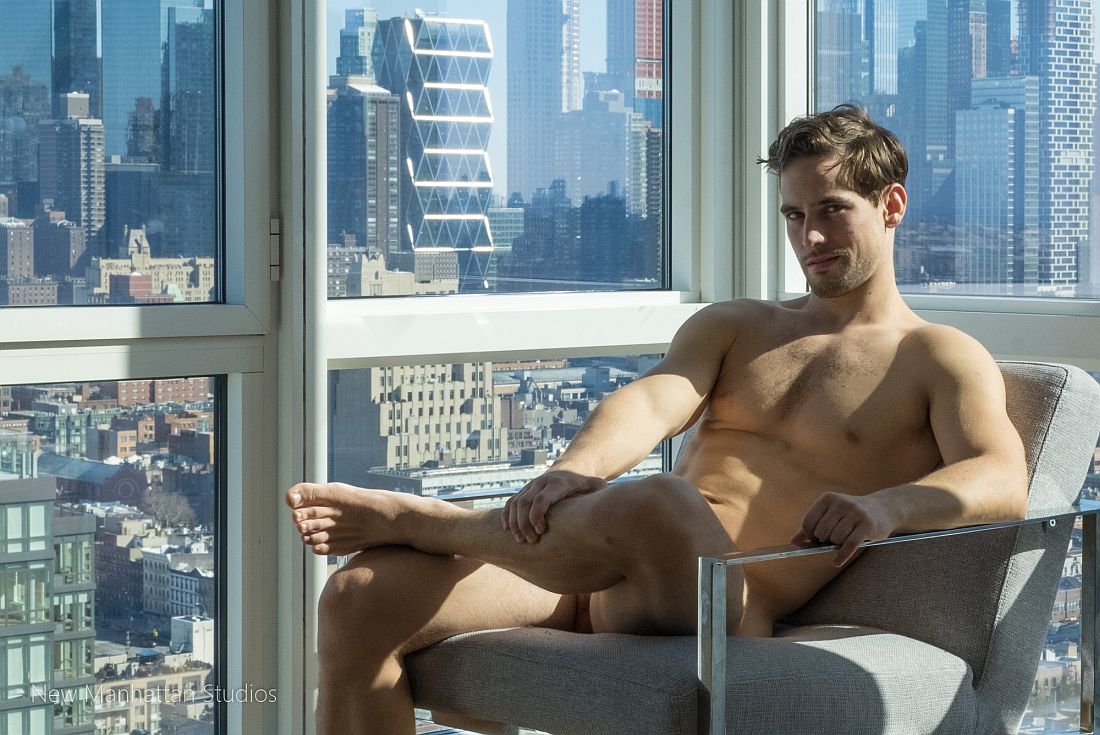 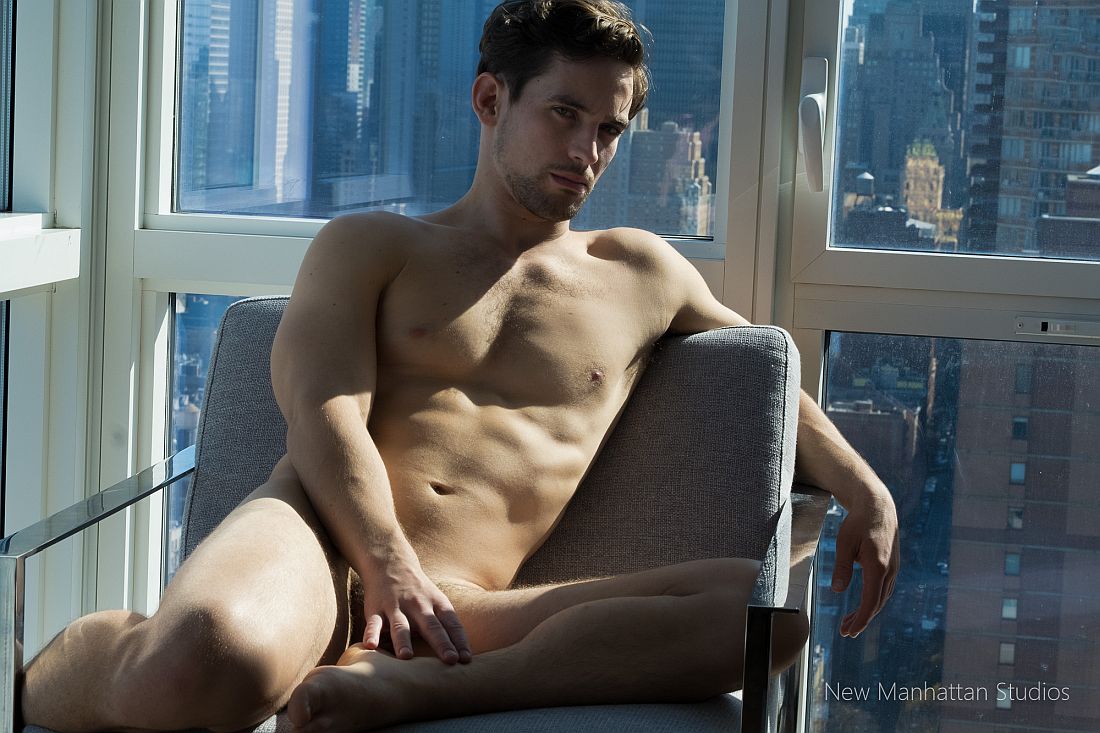 The Art of Charles Zambrano on New Manhattan Studios
at November 01, 2019

Email ThisBlogThis!Share to TwitterShare to FacebookShare to Pinterest
Labels: Behind The Scenes, Male Models, Photographers