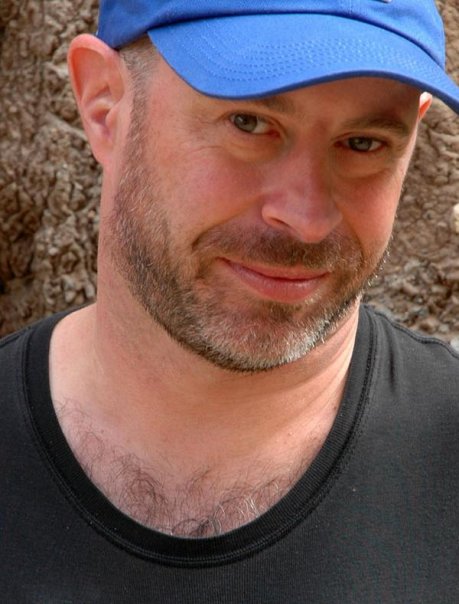 'Yes, I am one of those exhibitionist guys who is very comfortable and confident in his own skin. I love to be naked and don't mind other people seeing me that way!' 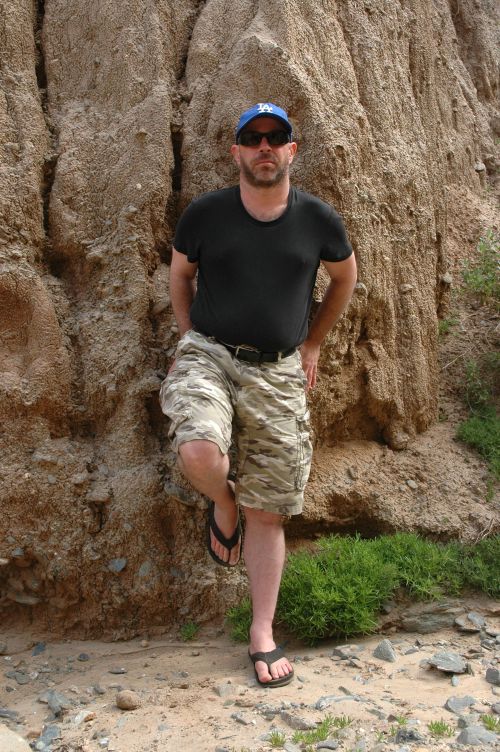 Most regular visitors to FH know I love the work of David from YogaBear Studio and regularly feature his imagery. Many of you also might remember the FH debut last summer of writer, actor and fellow blogger Michael. (Entertain Me: A Blogger Bared) With Michael's love of removing his clothes, and David's skill at capturing it, it seemed appropriate to join them both for a day at the beach. 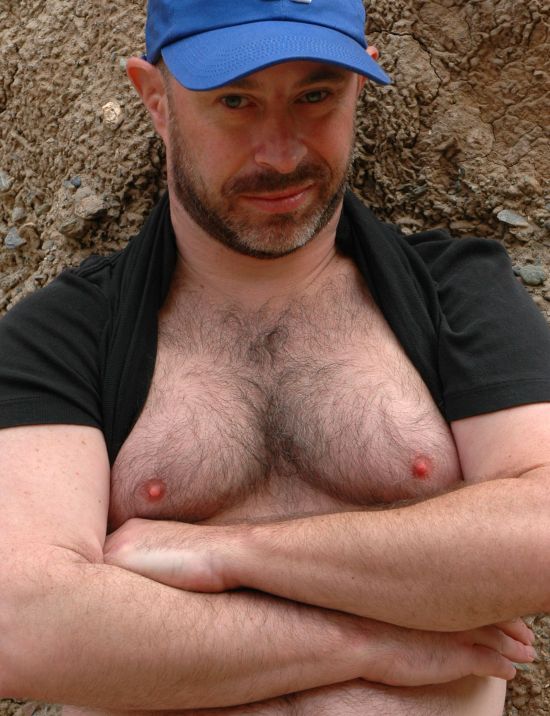 David and Michael first met up at the San Onofre nude beach in California to shoot and Michael says he has loved working with David ever since. Michael describes David as relaxed and easy going and strives to create a realistic portrait of each individual he is shooting. Something that never ceases to fascinate me, is the motivation behind why people take it all off for the camera. For some, it is strictly a business decision motivated by career and commerce. For others, there is a more personal, often spiritual piece behind the motivation. Given he is a writer, I asked Michael to share with me, and with all of you, what inspires his openness and love of being naked for all the world to see and enjoy. 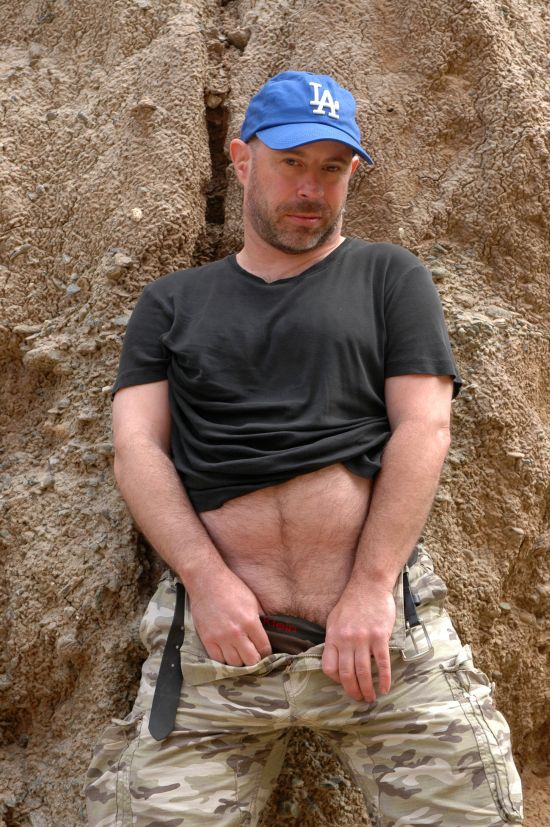 'I have loved getting naked ever since I can remember, especially if there are other people around to see it. Not sure where it comes from, as Lady Gaga would say I was "Born This Way." My first nude beach experience was in college when I was eighteen. I went with a friend who was brought up in a family of nudists and who I personally wanted to see naked. It was so freeing and a total blast! The only problem was me trying to keep my erection at bay as my friend was the hot all American blonde type with a really great body. Every time I started to feeling myself getting hard I diverted myself by thinking of other things, don't remember what those things were now, but I only ever got semi-erect and I don't think my friend ever noticed, if he did he pretended not to see...' 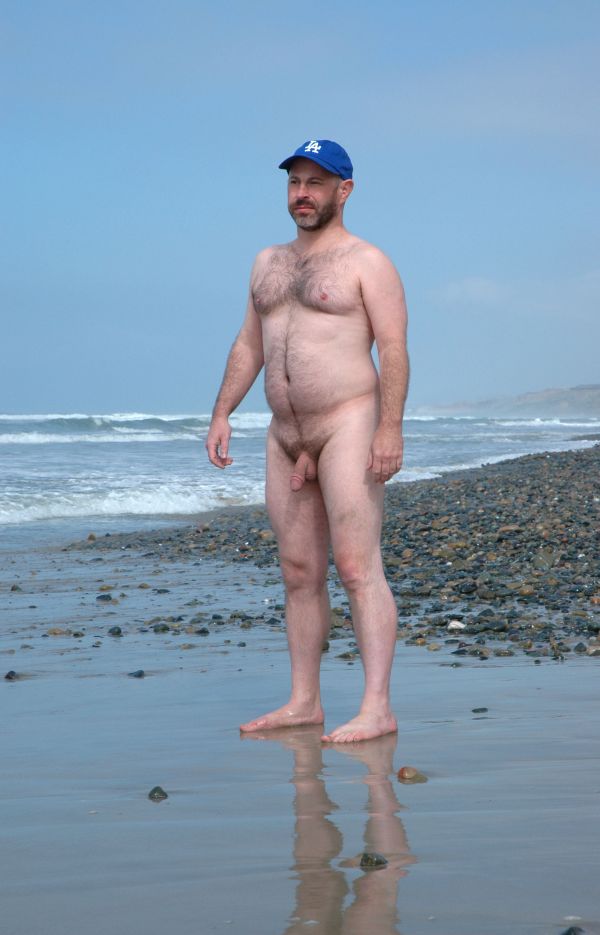 'The most off beat experience I have ever had at a nude beach was at Haulover Beach in Miami Florida. One thing that all nude beaches have in common is a gay side and a straight side. No, they are not designated that way with signs, it's simply an unspoken naked in public thing. Me and my buddy decided to take a walk along the shoreline down the beach. When this Male/Female couple says "Hi" to us. She has silicone breasts and is put together like a Barbie Doll and he, well is a built Ken Doll stud with a raging hard-on. We stood there and made small talk with them, while they laid there naked on their towels with their legs spread and his beautiful erection sticking straight up. Neither of them acknowledged the protrusion and it was pretty clear they wanted us to join them, but the two of us just wanted to hang out, literally, at the beach. They were both very hot and it was very flattering.' 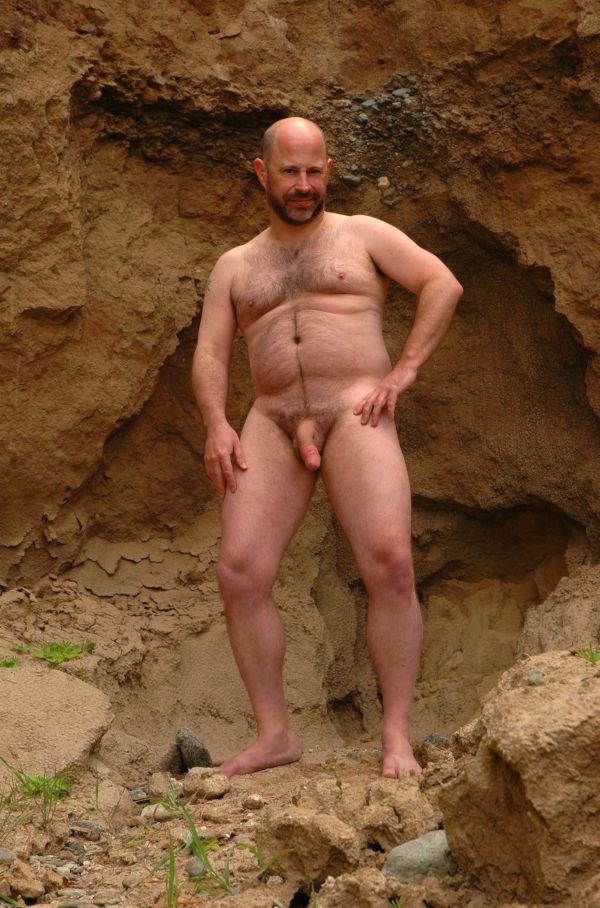 'I am lucky to live on the West Coast in Southern, California. We basically have summer all year round, especially this one, while I don't always have time to get to the beach I am naked all the time at my home and when friends drop by, depending on my relationship with them, I stay that way. The companion photos with this piece were taken at a nude beach between San Diego & Los Angeles, CA. San Onofre which is adjacent to a military base by David of Yoga Bear Studio. Sadly, even with the base, I have never seen any hot military men frolicking naked while there... It was an awesome shoot. There was a guy watching it the whole time, while making sure he was out of camera range. While we did do the erection shots in one of the areas not in view of everyone, there was always the possibility that someone could walk in and see us doing the shots, but nobody did, Damn!' 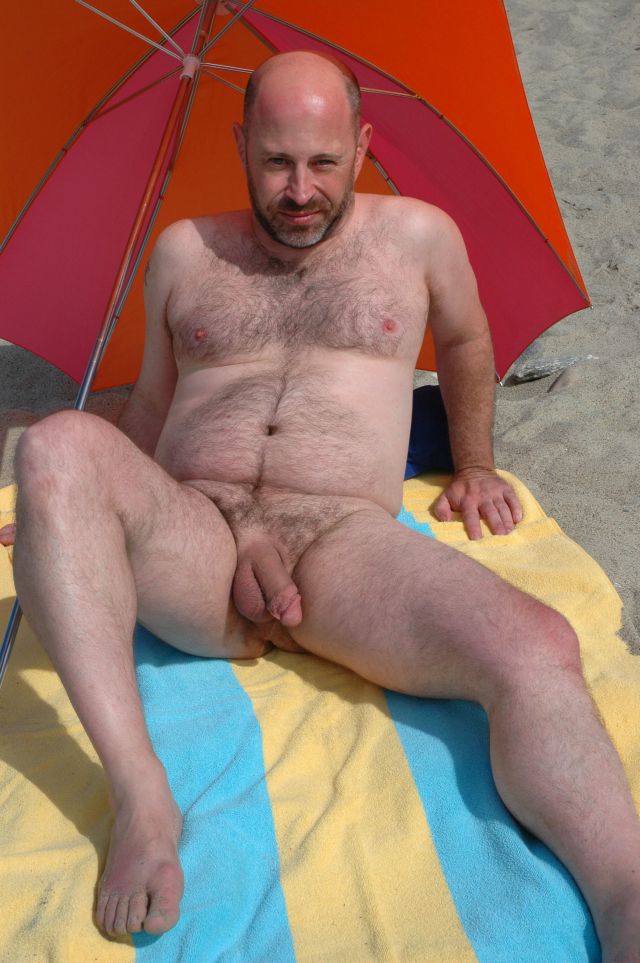 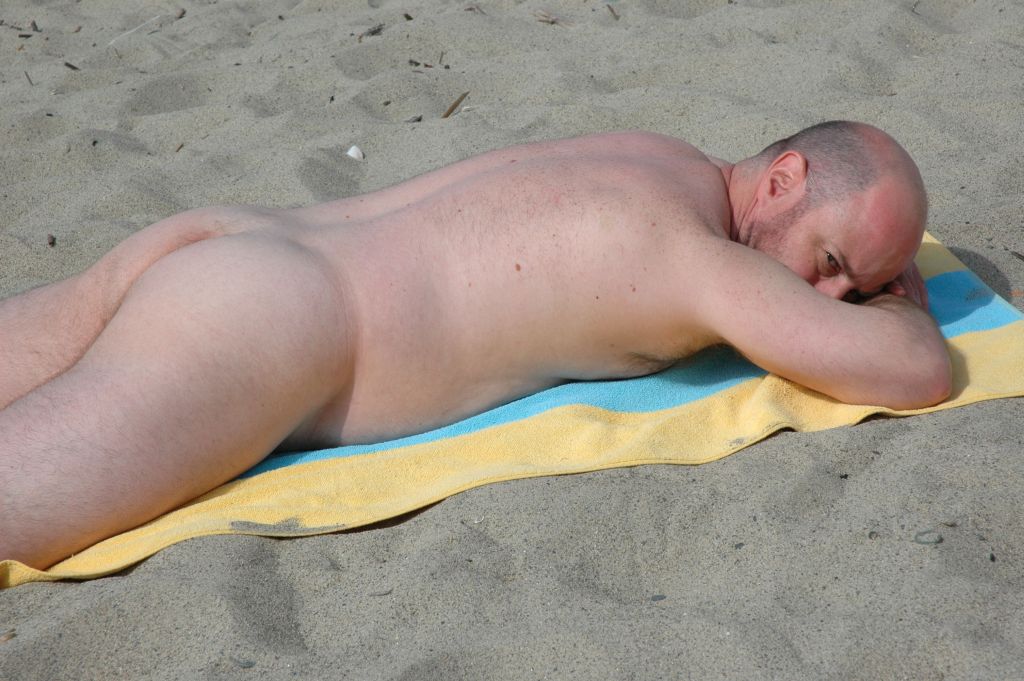 Michael's Entertain Me Blog
YogaBear Studio
SPEND MORE TIME AT THE BEACH ON THE NEXT PAGE ->
at May 24, 2015