These Streets Will Make You Feel Brand New: NYC by Richard Rothstein 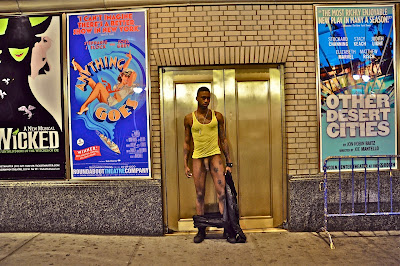 I remember vividly the first time I was in New York City. It was the early 90's and I was still officially, (at least for a few more years) a teenager. We had flown into Newark and the entire bus ride from New Jersey to Manhattan was like Christmas Eve. The excitement and anticipation of what lay ahead was wonderfully intense. The entire week of that first visit was a visual feast, my eyes devouring new, yet familiar delicacies one after another. 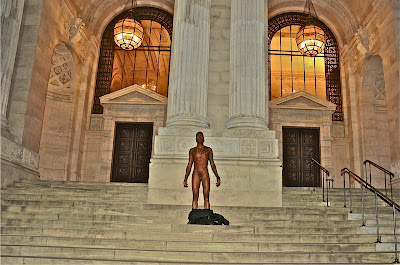 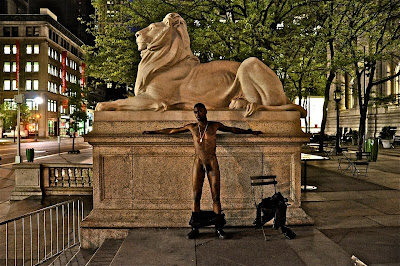 New Yorker's can spot a tourist a mile away. Living anywhere though, even New York, can make it difficult to see the beauty that is around you each and every day. I walk the same pathway almost every night with my animals. Not every night, but every once in awhile the beauty along that path hits me; When the lupin's are in bloom, lining each side of the pathway with a purple border, in Autumn when all around and above are orange, brown and red, and in the winter when the tree's are snow filled and my footprints are the first ones venturing forth on the path that day. 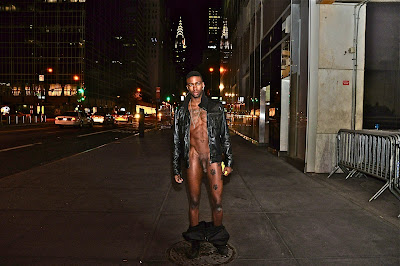 For Richard Rothstein, the beauty that is New York is not something he sees or doesn't see, it is simply a part of him. In all of his images whether it be a roof top clown, or concrete alley. New York is as central to the image as the model. Richard Rothstein, even after inhabiting the city for decades, still looks at the city the way I did that first time in the early 90's. New York is not just the backdrop, it is the driving force directing where and why the model is there to begin with. 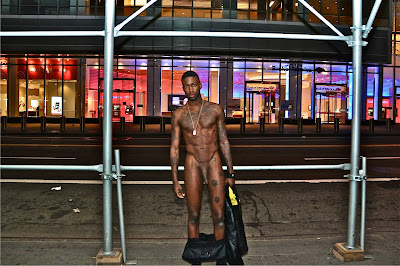 The rules of engagement are simple, Richard works between the hours of 3 am and 6 am, and...he works fast, framing the shot, waiting for the all clear and then shooting in under a minute. Richard does not tempt fate by working slowly or having Rod naked for more than a minute or so. As for passerbyers, Richard says the people on the streets at those hours are usually hammered or crazy and don't give a damn. 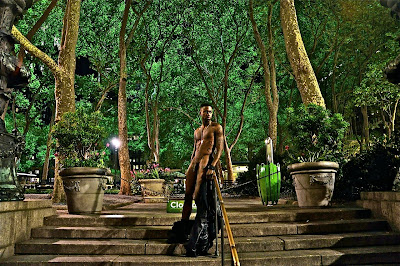 'I grew sick and tired of that damned Travelocity Gnome and decided to promote my hometown in a way that would truly resonate. So think of Rod as my own personal Travelocity Gnome. Ultimately, Rod and I will visit all major iconic New York City locations. Along the way we'll be joined by a few of our other magical friends. Up next: the Empire State Building, the Flatiron Building and the Washington Square Monument.'
Richard Rothstein 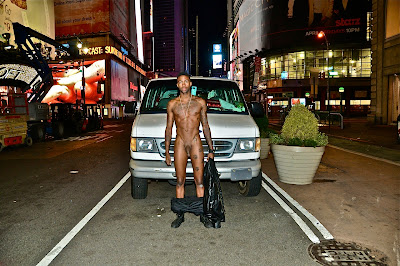 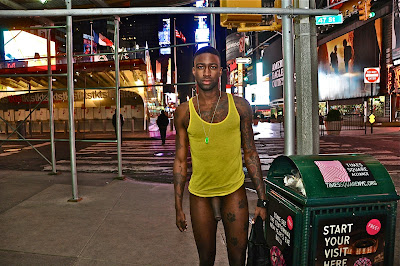