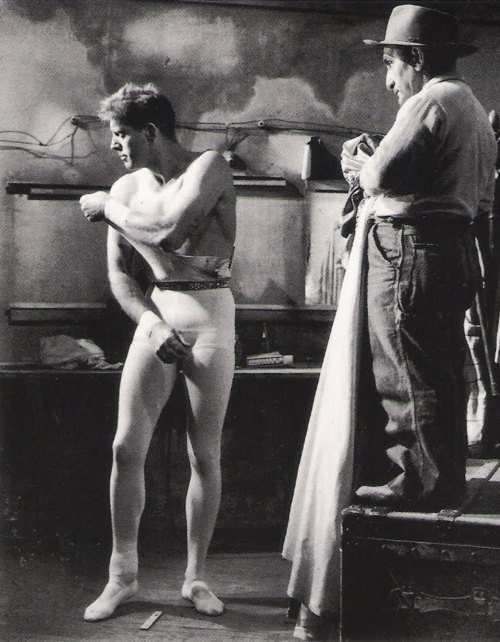 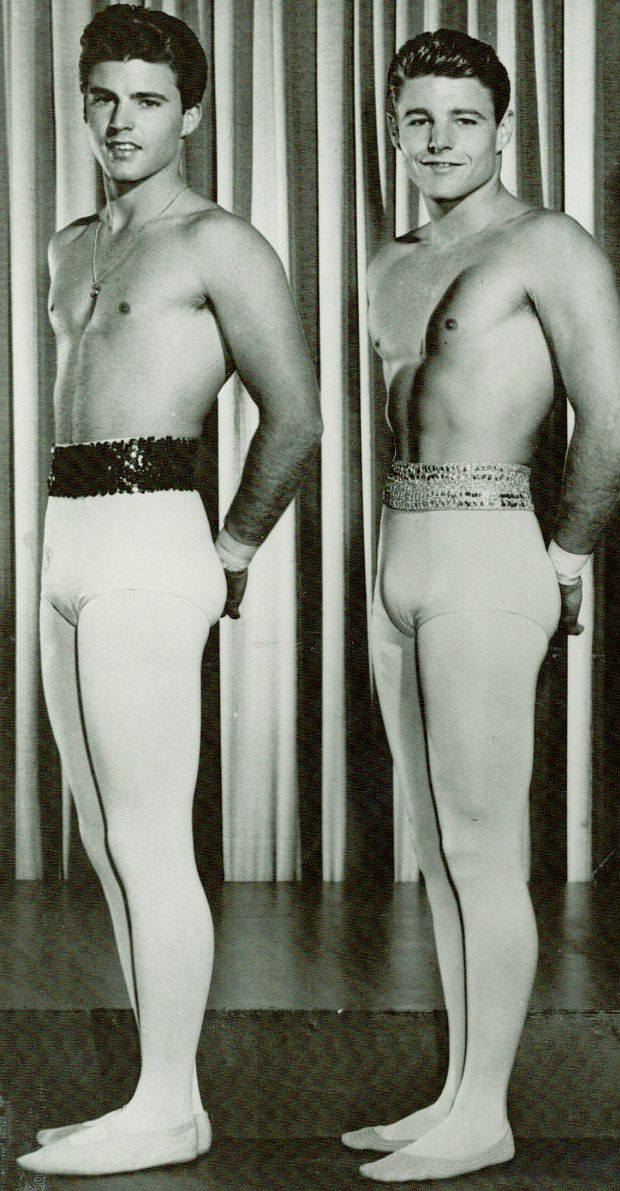 From the late 70's through the early 90's, various celebrities jumped atop elephants, got into cages with tigers and flew on the flying trapeze on Circus of the Stars. Although the 'stars' ran the gamut between C and D list celebrities, there were also a few A list actors who joined as ringmasters and special guests. In addition to many young TV stars of the time, a few classic movie stars including Tony Curtis, Vincent Price, Angela Landsbury, Lauren Bacall, Glenn Ford and Lana Turner also showed up. 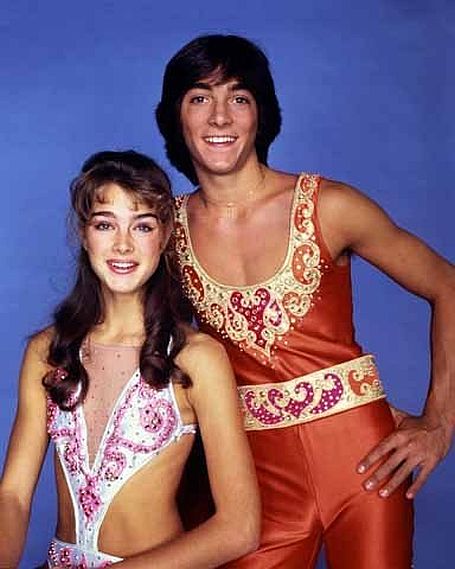 I think I first caught part of one of the last episodes in the early 90's which featured Mama's Family hottie Allan Kayer riding a turning wheel high in the air outside. I had already had a crush on Allan, so seeing him rolling around in his red tights was a sight to behold. Recently, I was checking out some episodes on Youtube and saw many of favorite hunks that I have featured over the years have pulled on their tights to join the circus. 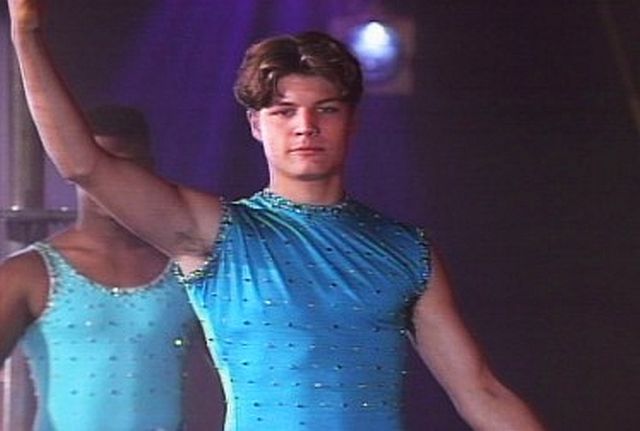 Given the show is not on DVD, and most people's copies would be old VHS recordings there are not a lot of great images that I could find. There were a few promotional shots out there, but would have loved to found higher quality recordings of some of the episodes, especially ones with some of my favorite hunks. 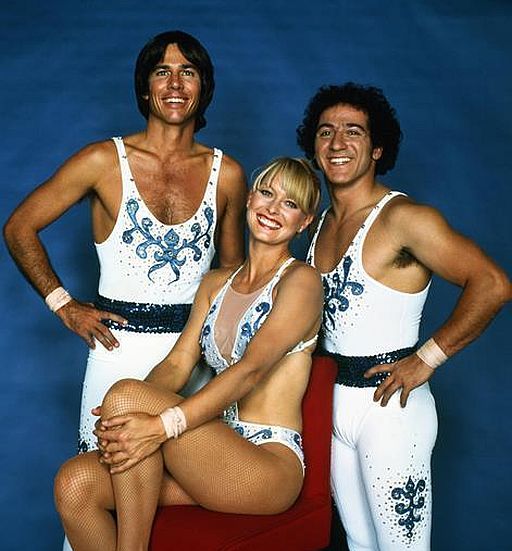 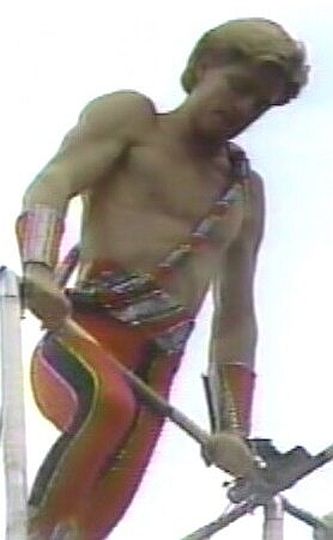 I did find another episode featuring Kayser from 1989.  This time, Kayser is looking hot wearing his white tights walking the high wire. I added a clip below, but the entire show, as well as other clips can be found by searching Youtube. 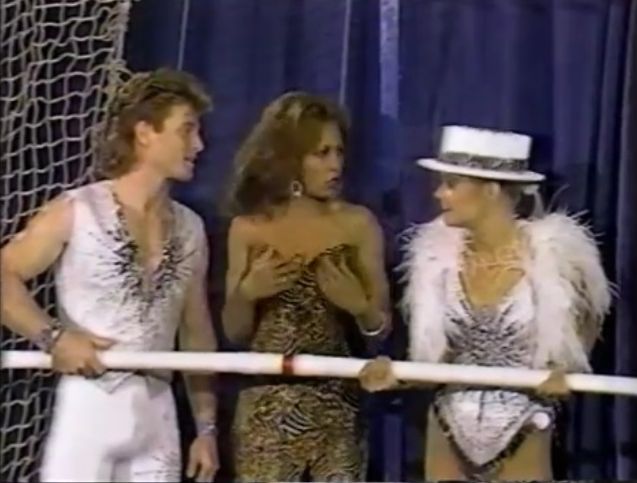 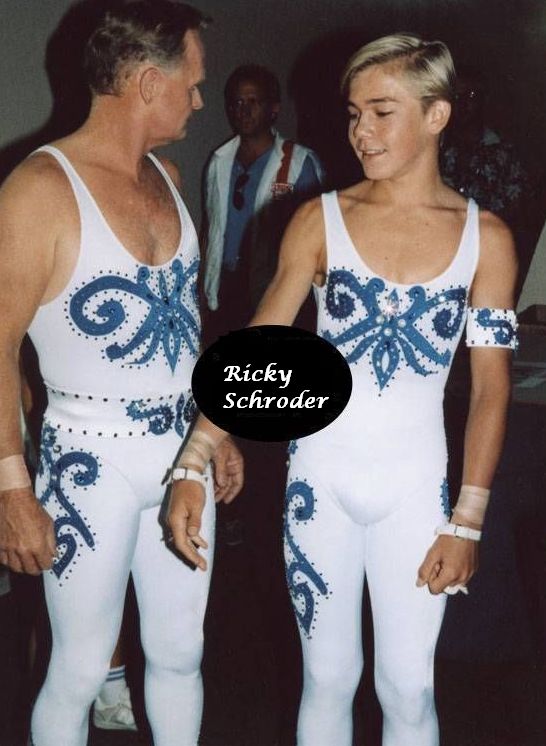 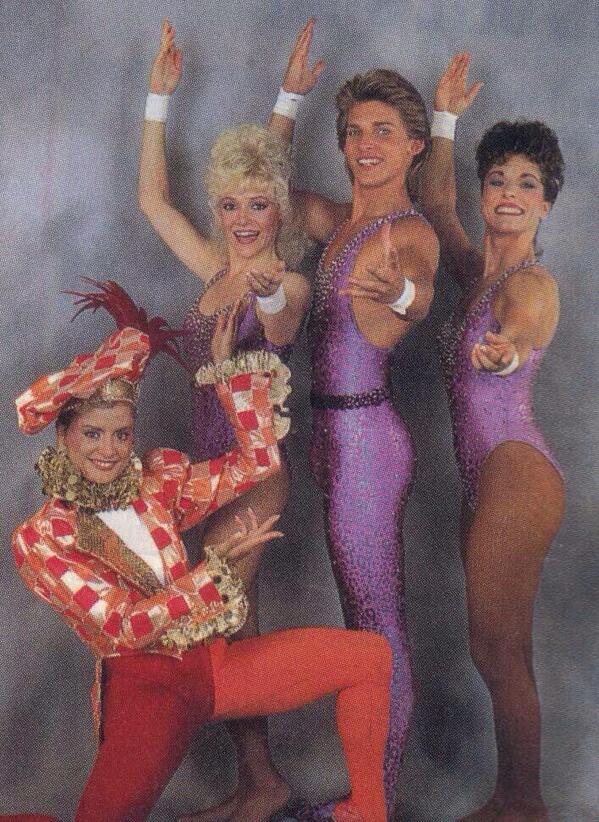 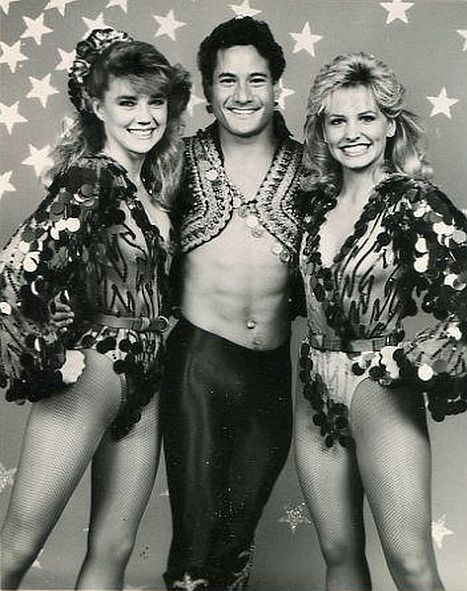 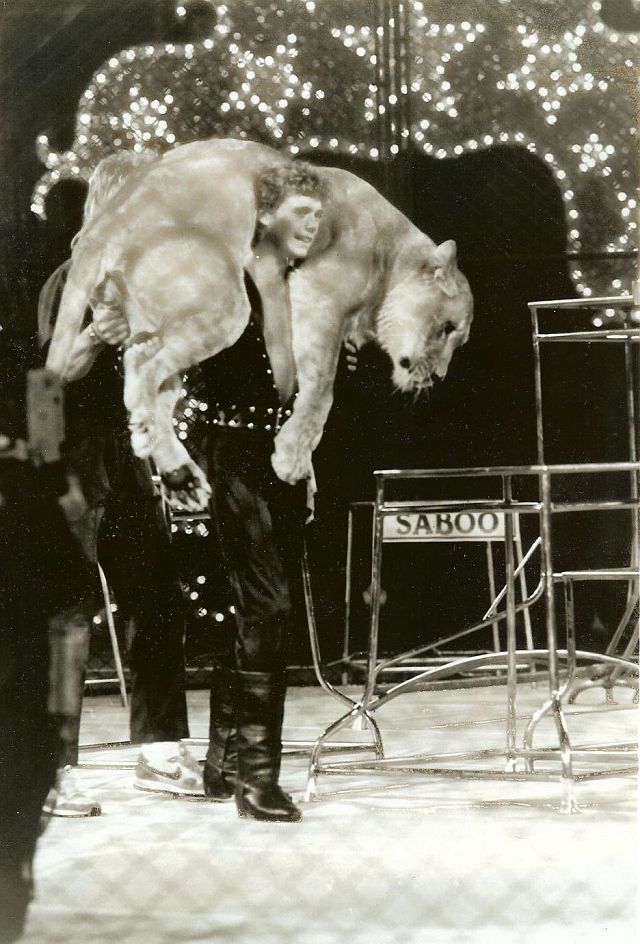 Gil Gerard in his Daisy Dukes 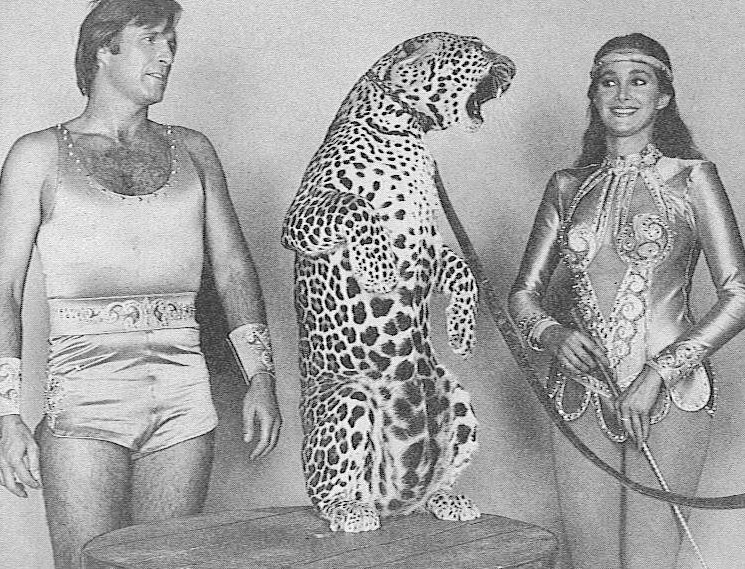 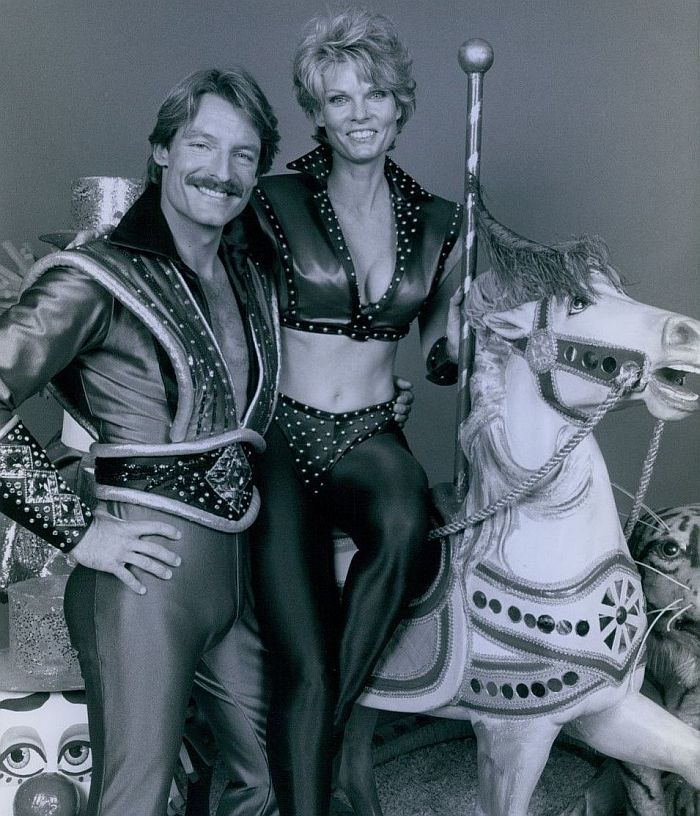 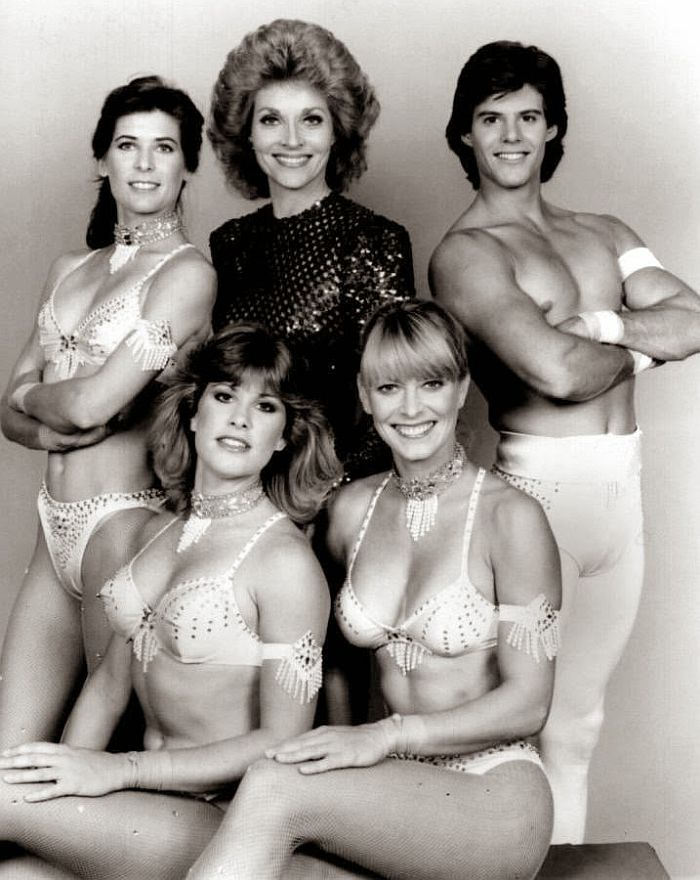 Email ThisBlogThis!Share to TwitterShare to FacebookShare to Pinterest
Labels: Blast From The Past, Classic TV Stars, TV Hunks, TV Shows

OMG Great variety of hunks from the past. Brings back some great memories. I LOVED Ken Olandt as a male stripper on Summer School movie. That photo of Ricky Schroder is great. Thanks for sharing.