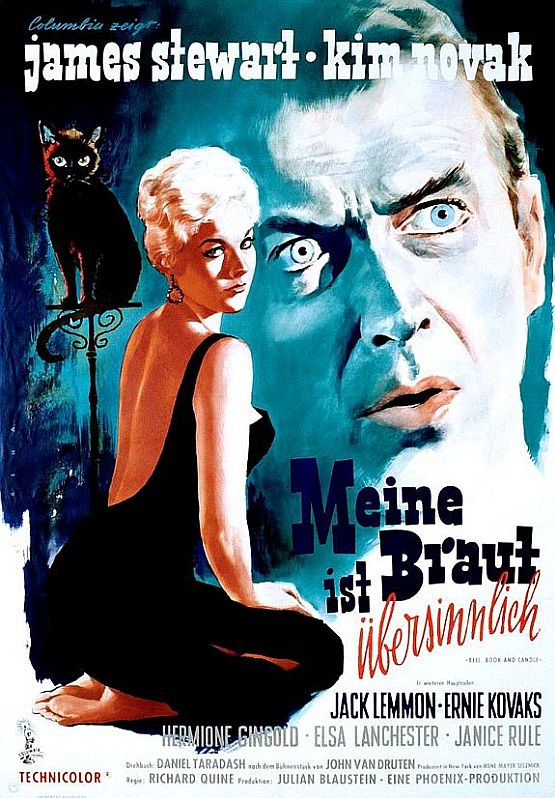 'You know what it says on Love Potions... shake well but don't tell.' 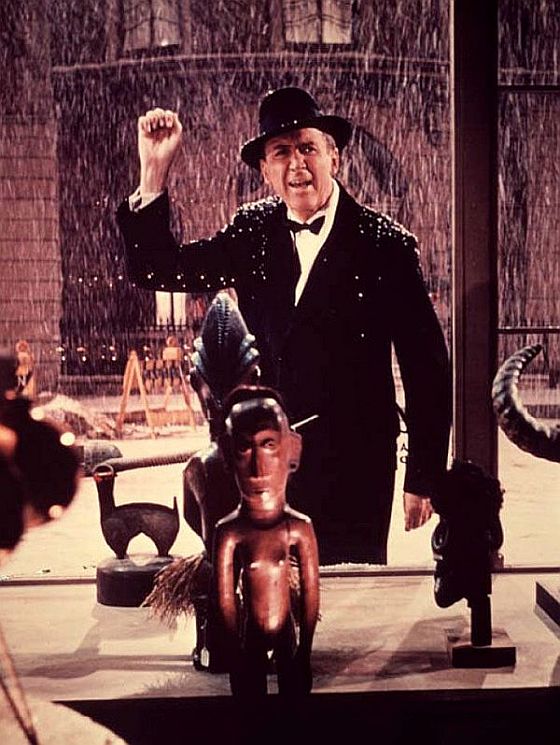 For many, Christmas isn't Christmas without a viewing of It's A Wonderful Life. Although I like the movie, my favorite Jimmy Stewart Christmas movie is actually 1940's The Shop Around The Corner, which helped inspire the Tom Hanks and Meg Ryan film You've Got Mail in (1998) Jimmy Stewart is sort of Mr. Christmas, which is why he was the subject of my 2012 12 Days post. (Wonderful Life) 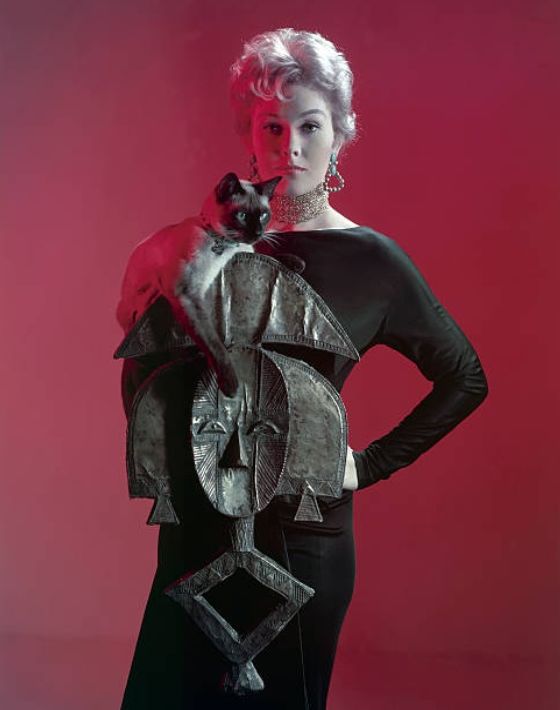 Stewart was in yet another Christmas movie that I just added to my favorite Christmas movie list, Bell, Book and Candle. The 1958 film, co-starring actress Kim Novak, was filmed just after Stewart and Novak appeared on screen together in Vertigo. They make a great combo, and I think their chemistry is even more apparent in this film. Bell, Book and Candle is sort of a holiday hybrid film, combining both Christmas, with a dash of Halloween together in one fun movie. 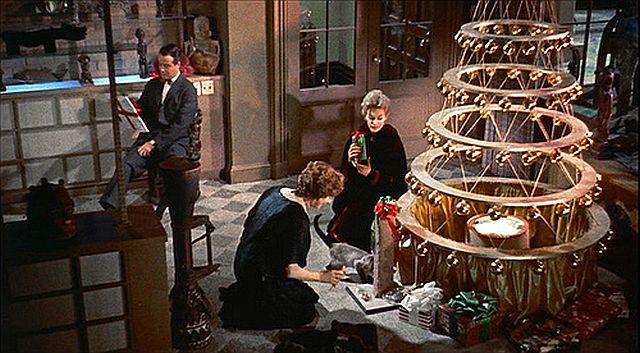 Novak plays Gillian, a witch living in an apartment under Shep's (Stewart), and casts a spell causing his phone not to work, causing the book publisher to come a knocking to use her. The movie begins at Christmas, with Gillian hanging out and partying with her friends, (coven) played by Elsa Lanchaster and Jack Lemmon. 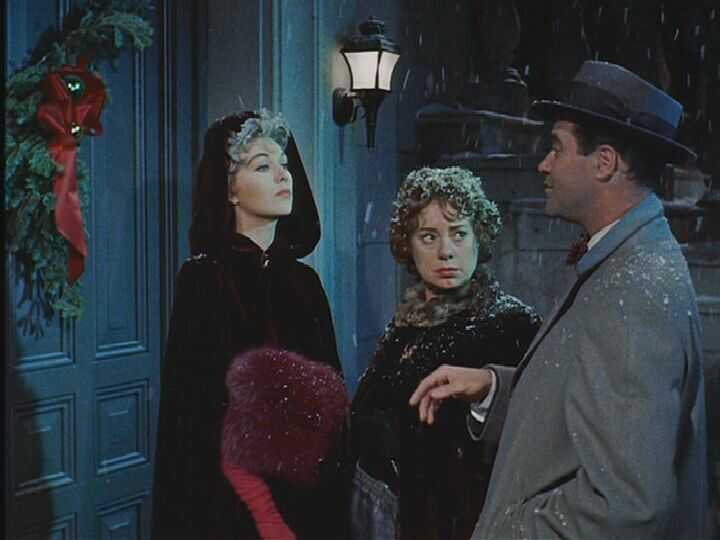 The movie is memorable for many reasons, two my favorites include Pyewacket, Gillian's cat who steals every scene. Then there's Gillian's Christmas tree which I am sure many at the time tried to replicate in their living rooms. A wonderful winter movie, with Christmas, witchcraft and some great performances. 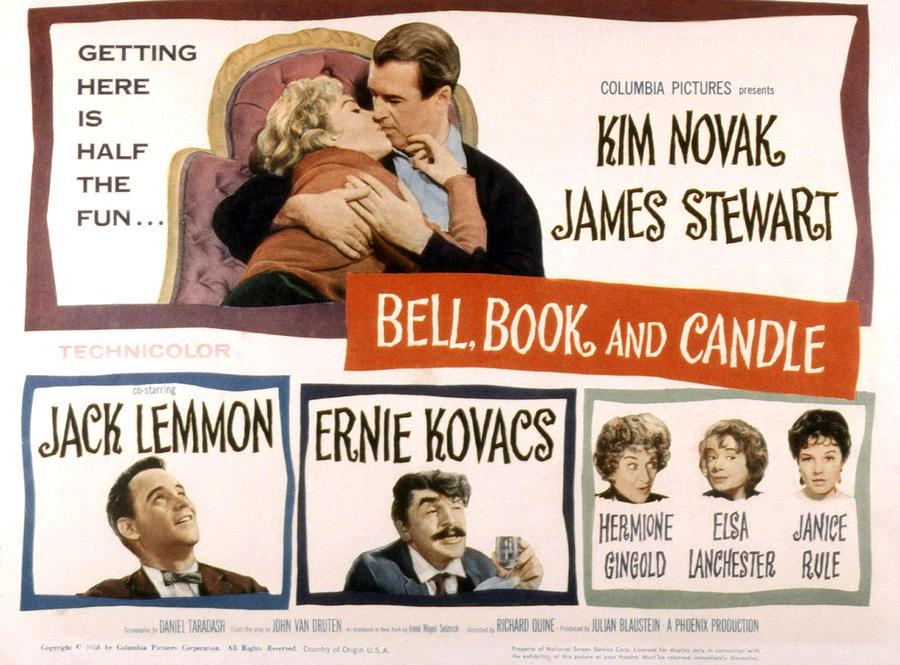