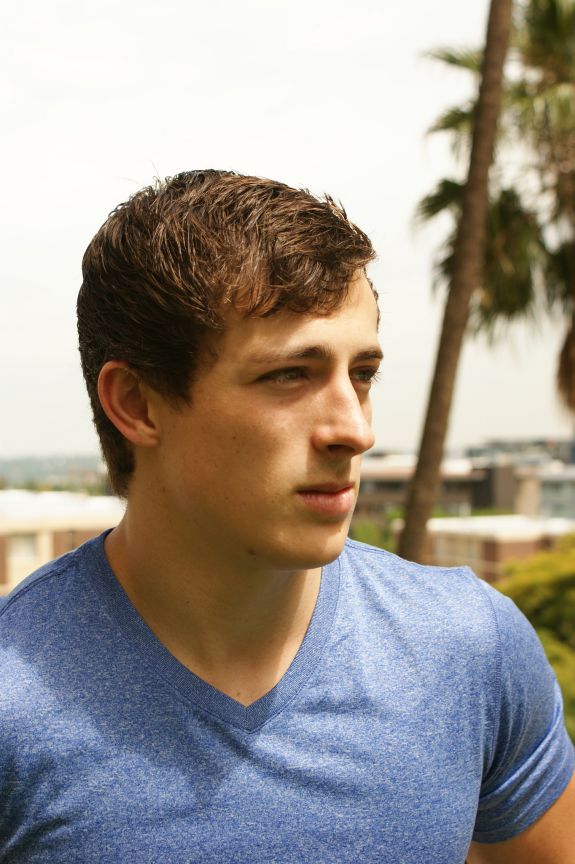 'I needed to maintain my status on Delta, so I booked the longest flight possible to keep my Diamond status. That took me to Johannesburg, South Africa.'
Mike (AANE Photography) 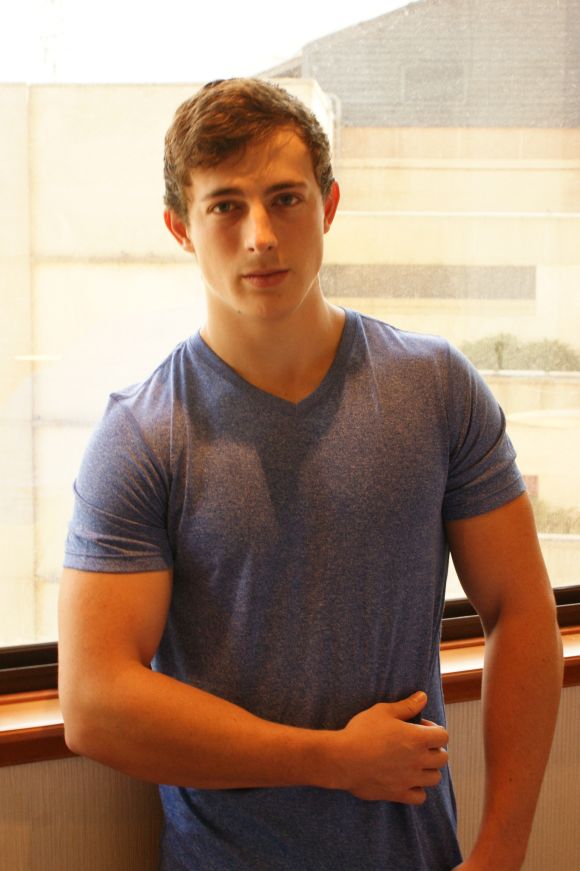 Since first joining Mike ( AANE Photography) on a trip to St. Louis this past February, (A Meeting In St. Louis) I have been hoping to tag along on another adventure. Mike's passion for photographing the the male form has led him to many different destinations in both the US and abroad., with Mike's hotel room often doubling as a studio's for his work while on the road. 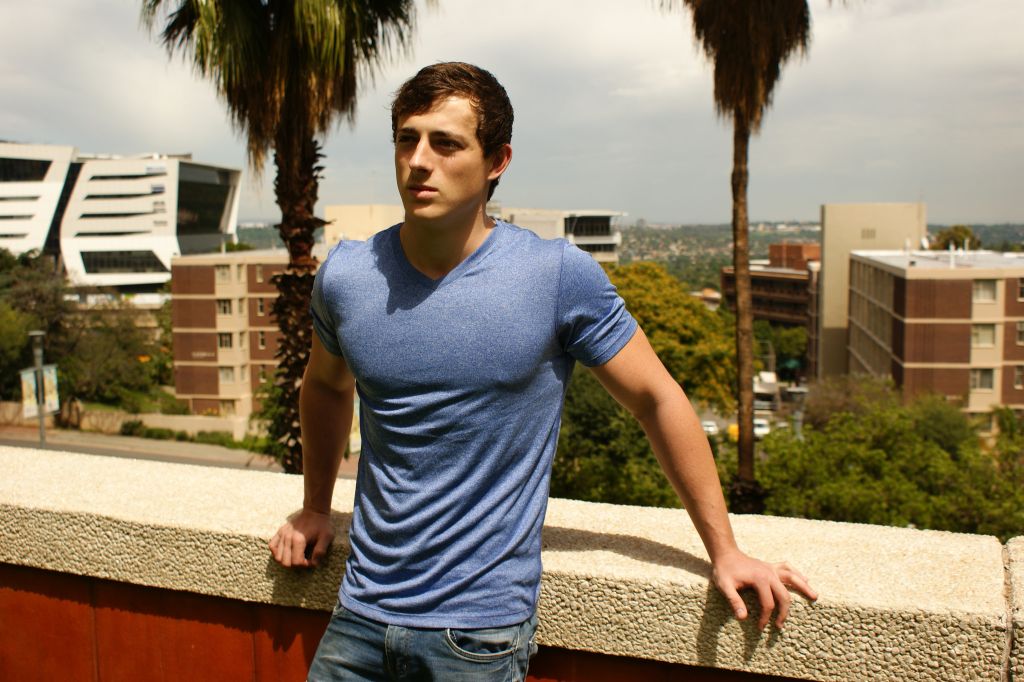 When I went back to Mike's port to look for another shoot to feature, I was captivated by his images of 21 year old Kyros. Kyros has an incredible face, great lips and nose and hypnotizing blue eyes the pull in the viewer. Kyros looks especially strong when photographed in silhouette. Mike made sure to take full advantage of this by capturing many strong body and portrait profile shots. 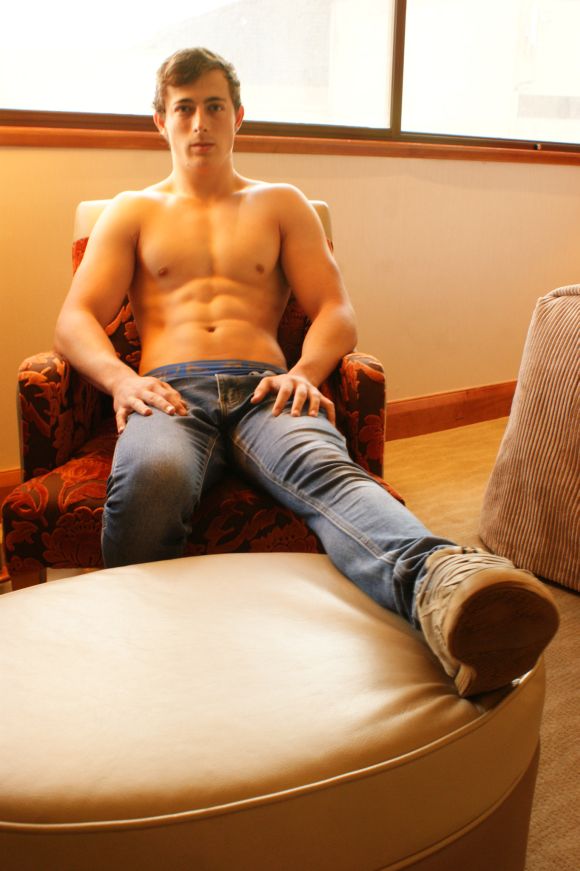 It was rather serendipitous that Mike would end up shooting Kyros as tall. Mike travels for business, which provides him many opportunities to work with models from various locations. Mike needed to maintain his status with Delta, so I teased in the opening quote, he ended up booking the longest flight possible in order keep his Diamond status. This is why Mike ended up in Johannesburg, South Africa. Once there, Mike put out his usual casting call and the one and only model to answer his ad was Kyros. This was not only Mike's first international shoot, it was also the first time shooting a model wearing little more than the underwear he brought with him. 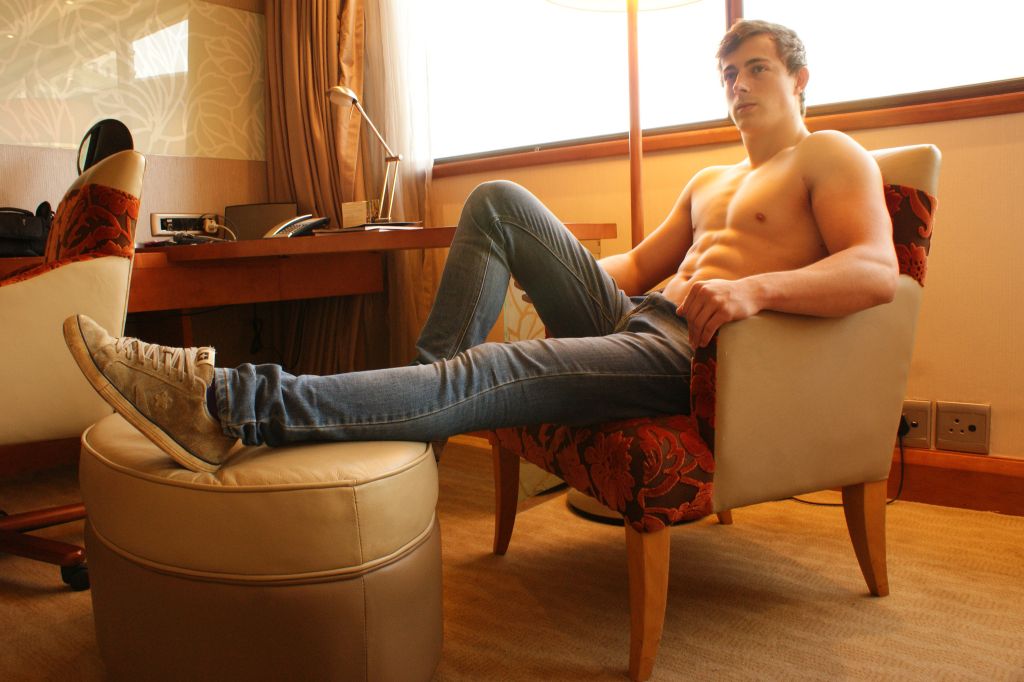 Most of Mike's communication about the shoot was not directly with Kyros but with through photographer and agent Coded Grafix Media Haus who accompanied Kyros to the shoot. Coded Grafix Media Haus has shot Kyros himself, (and has a great shot of Kyros on his MM page) and is assisting him with his career. Although Mike says he would describe Kyros as shy, the shoot went smoothly and Mike was thrilled with the results and describes Kyros as one of the sexiest models he has had the opportunity to shoot. 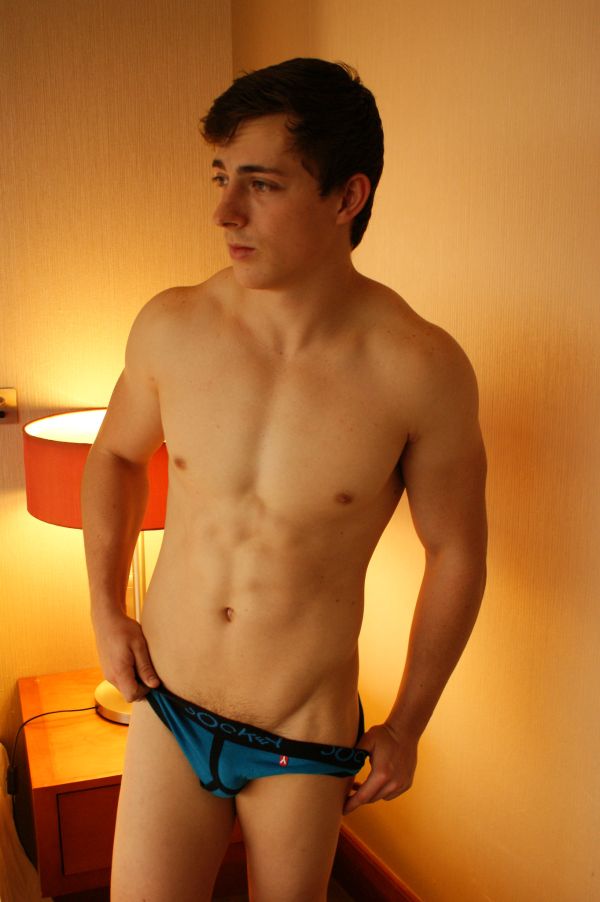 The shyness Mike's describes might one of the reasons I love Kyros images so much. There is a quiet beauty that shines through those beautiful blue eyes. There is little ego or attitude, just a focus and concentration on the images and the work. Kyros has a distinctive look that photographs beautiful and exudes a elegant and entrancing vibe that is especially appealing. I love Kyros' enticing gaze, whether his blue eyes are looking straight at the camera, or off to the side. 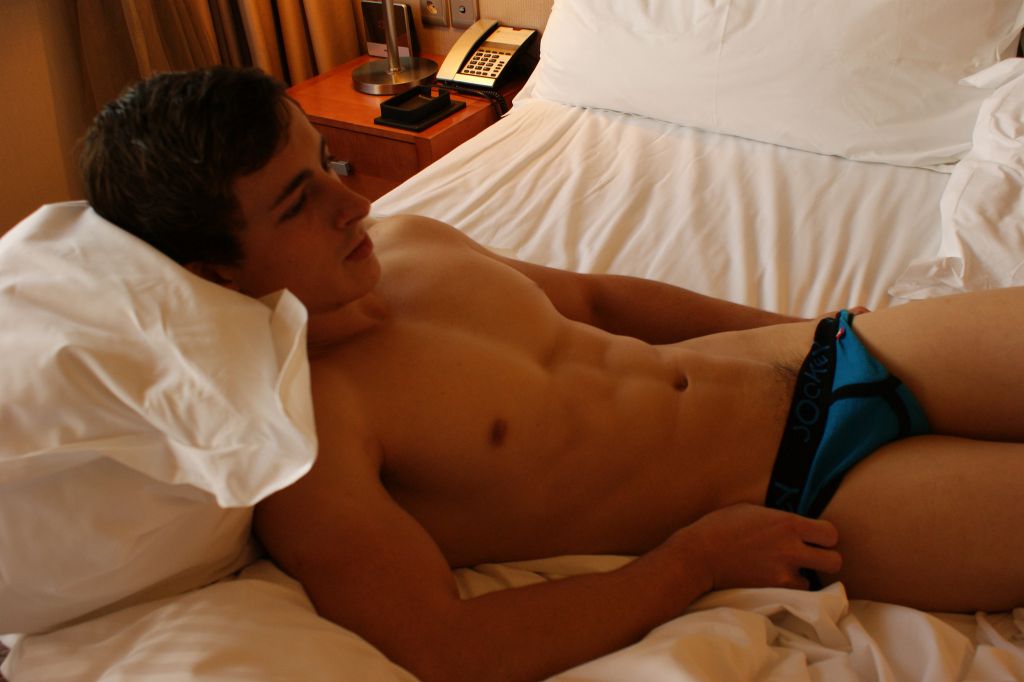 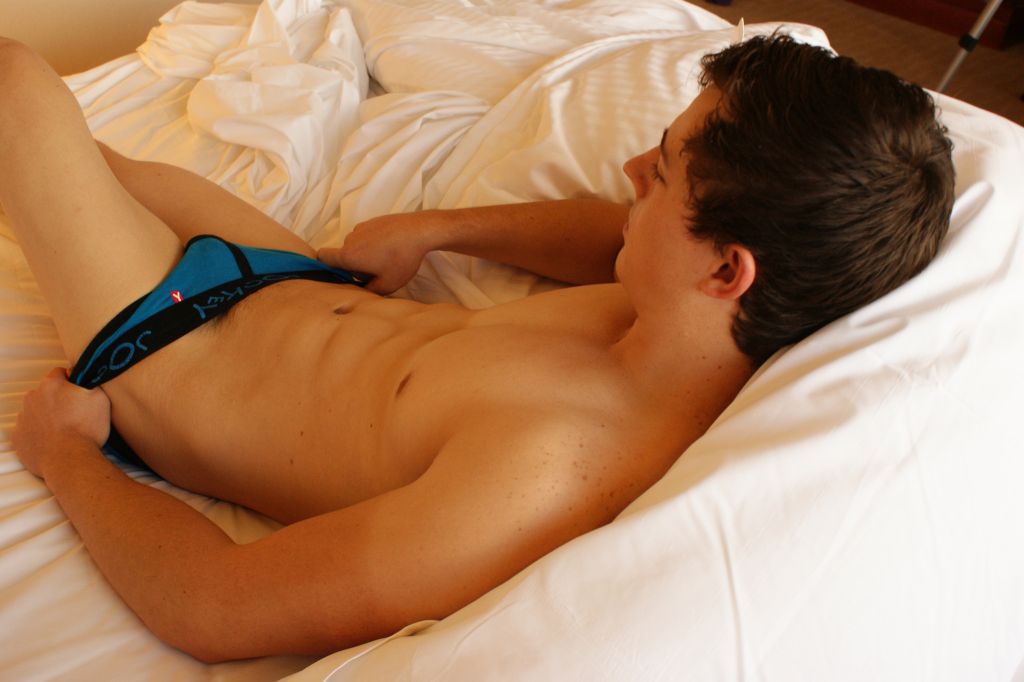 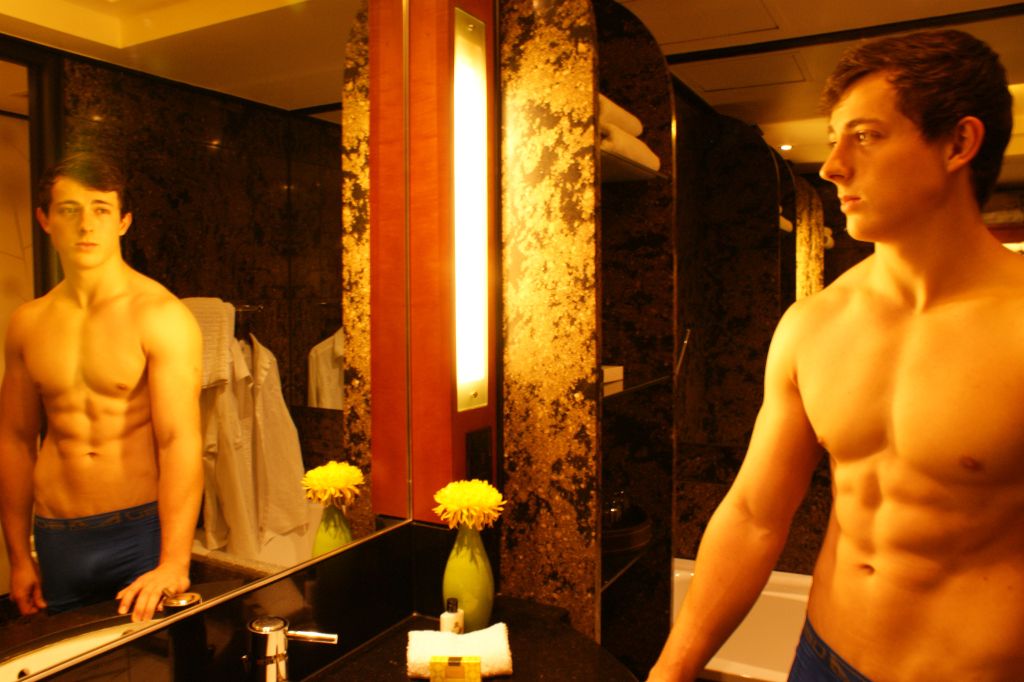 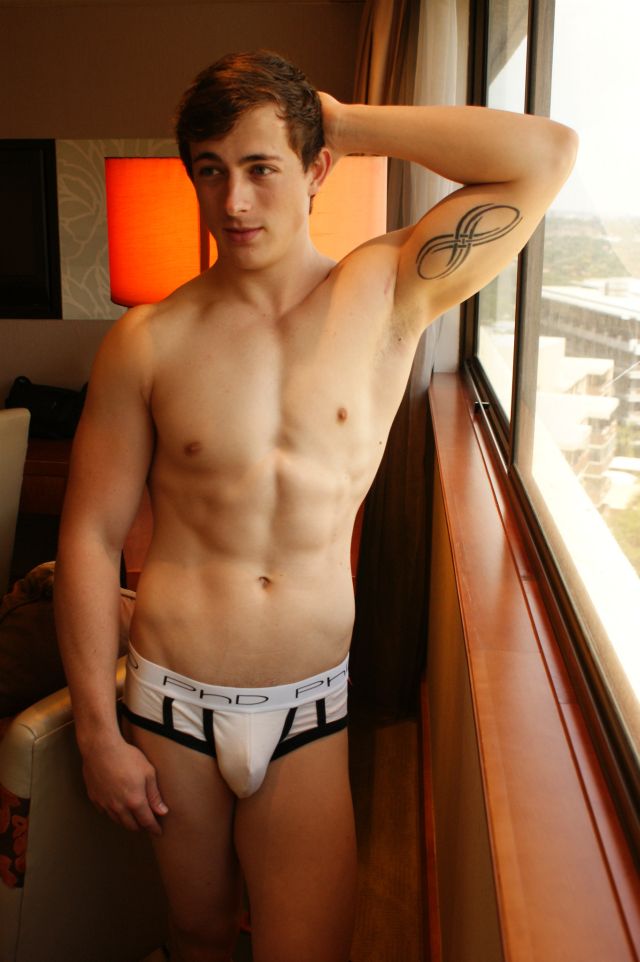 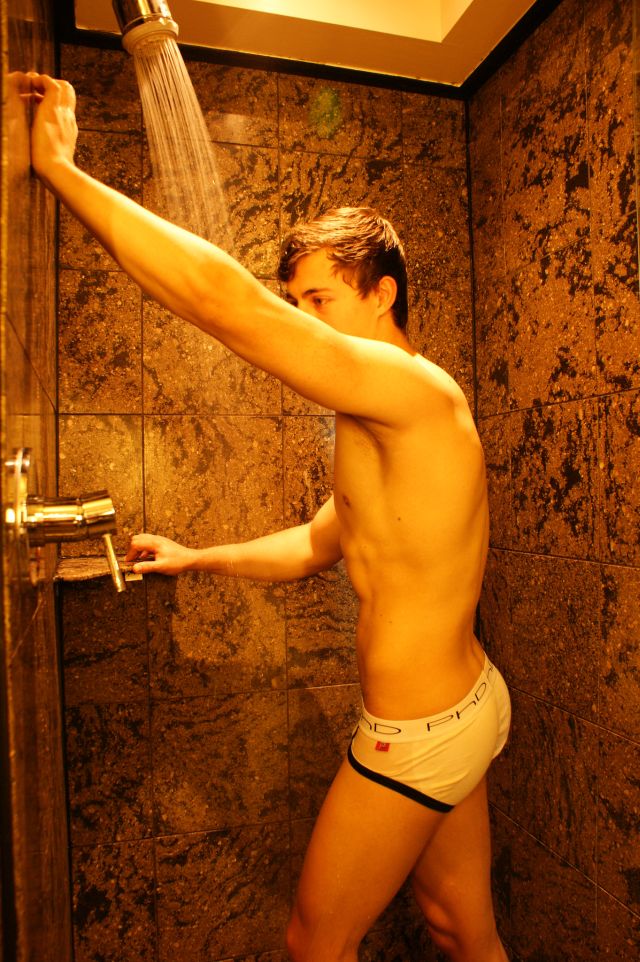 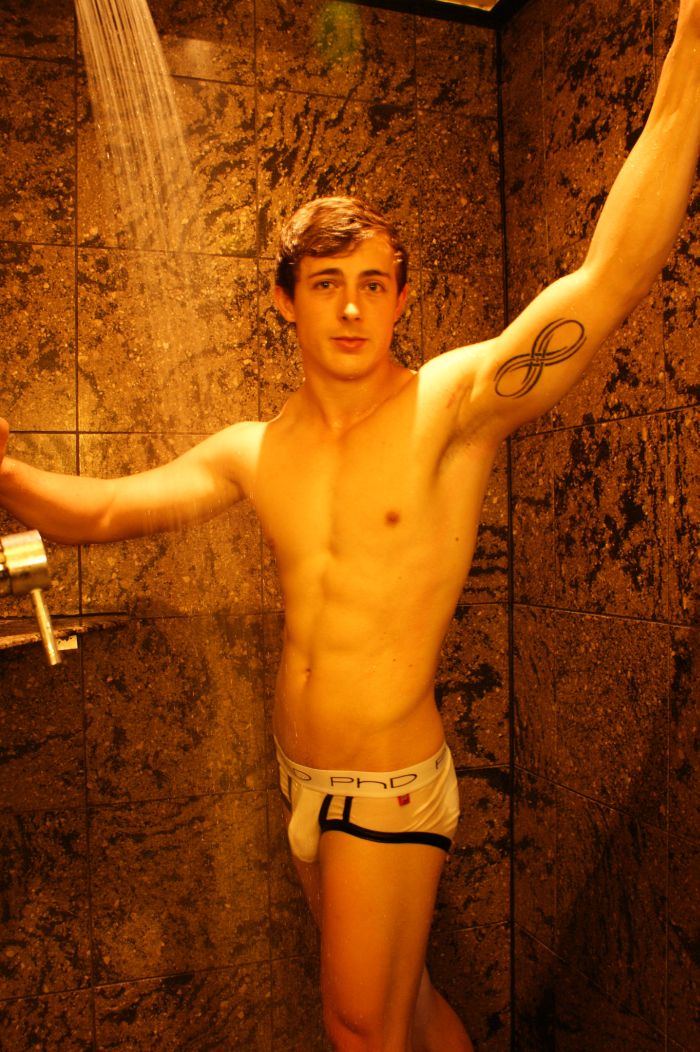 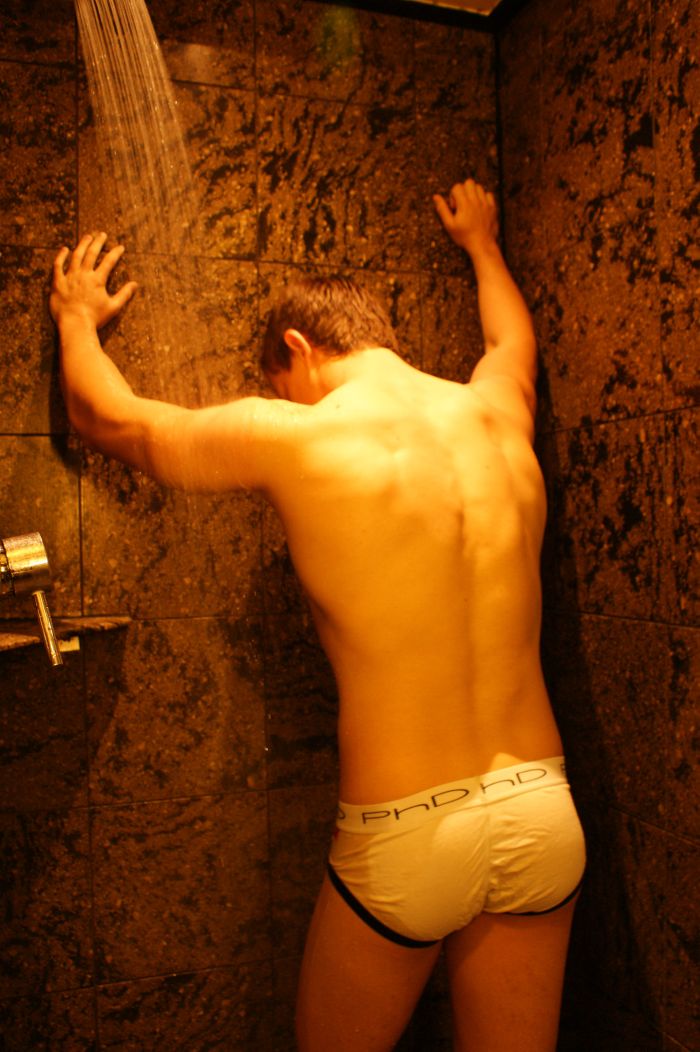 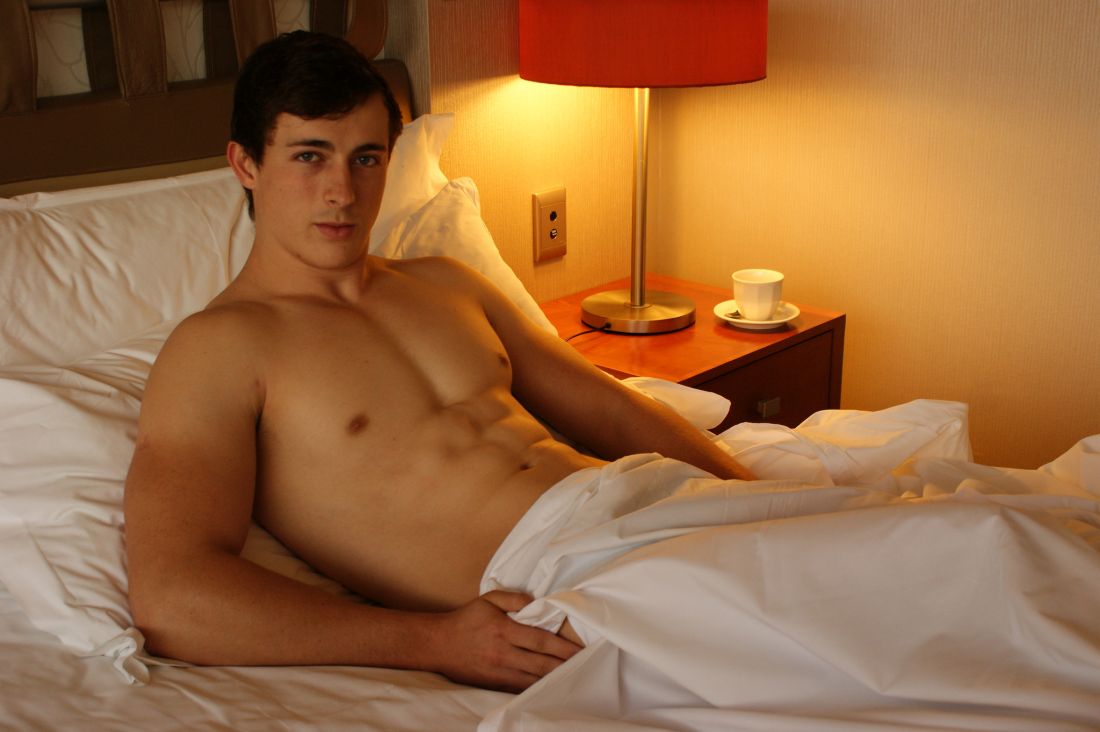 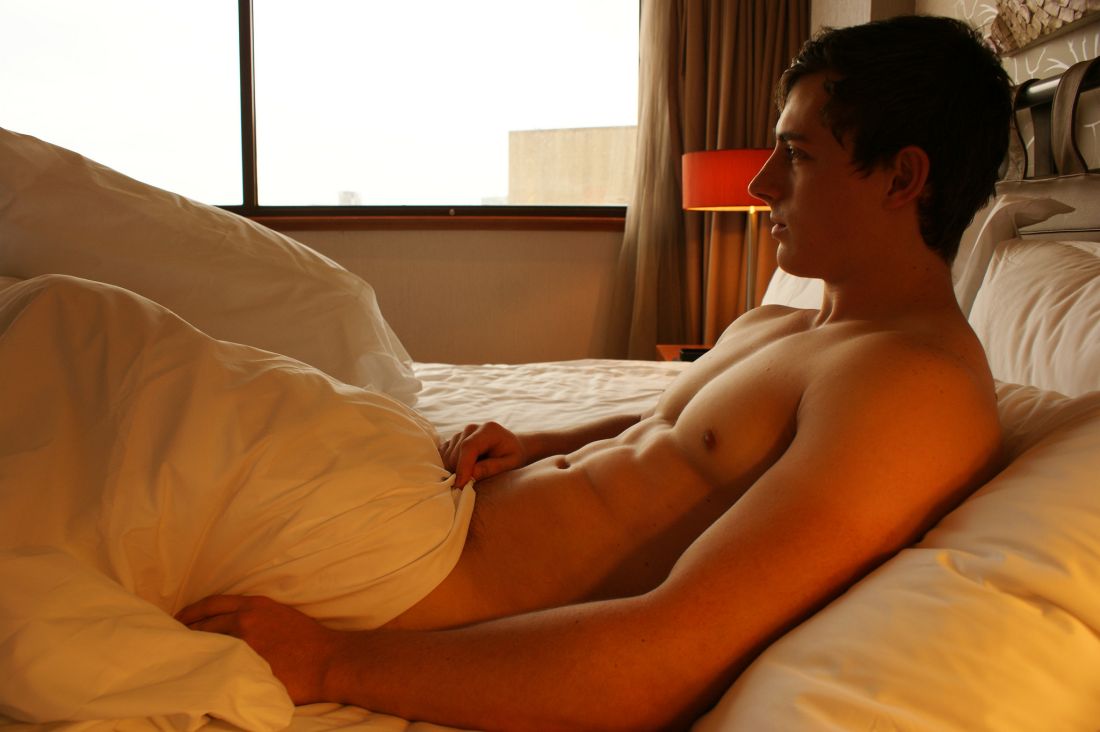