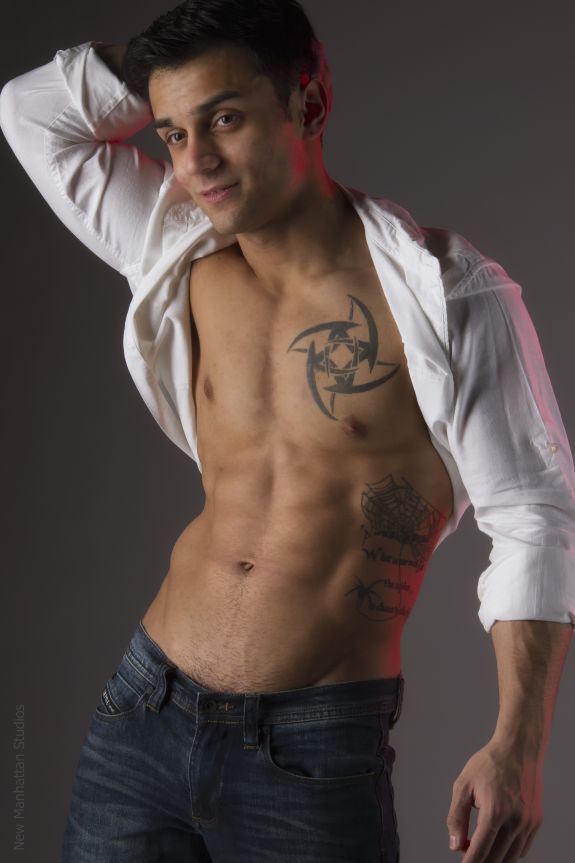 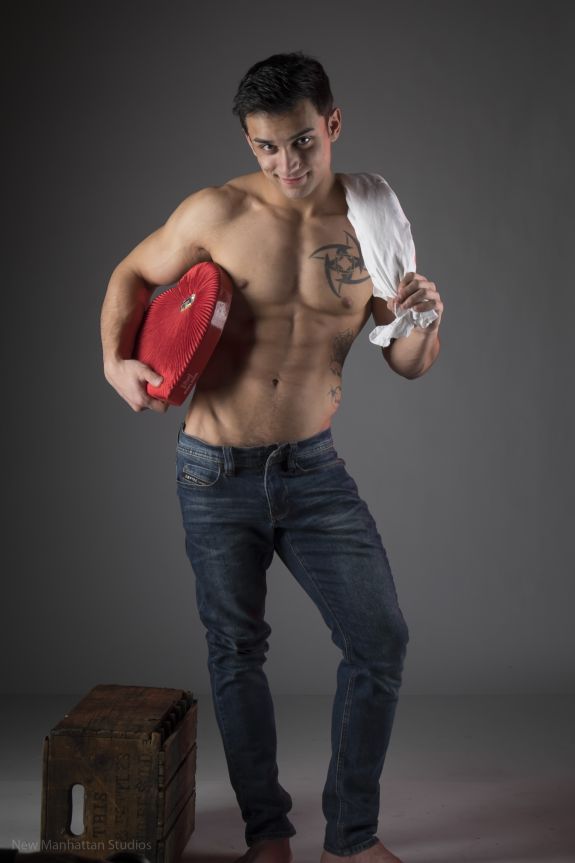 As I edited the photos from Norm’s third session with New Manhattan Studios, it was impossible not to compare them to the “red and white” session that we had done with Bond, (A Valentine's Unattire) a year earlier. 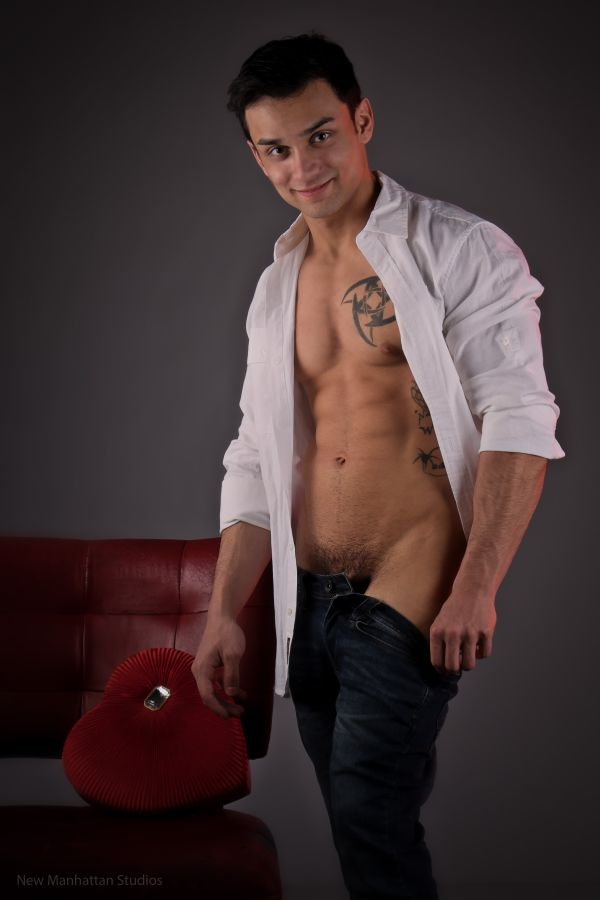 The elements used in Bond’s session—a tuxedo he had brought to the city for a wedding he was attending, red accessories on-hand in the studio—had led us by chance to doing work that we ultimately saw as a Valentine’s Day shoot. It stands out as one of my favorite sessions from 2015. Norm’s session was more deliberately planned and Bond had set a high bar. 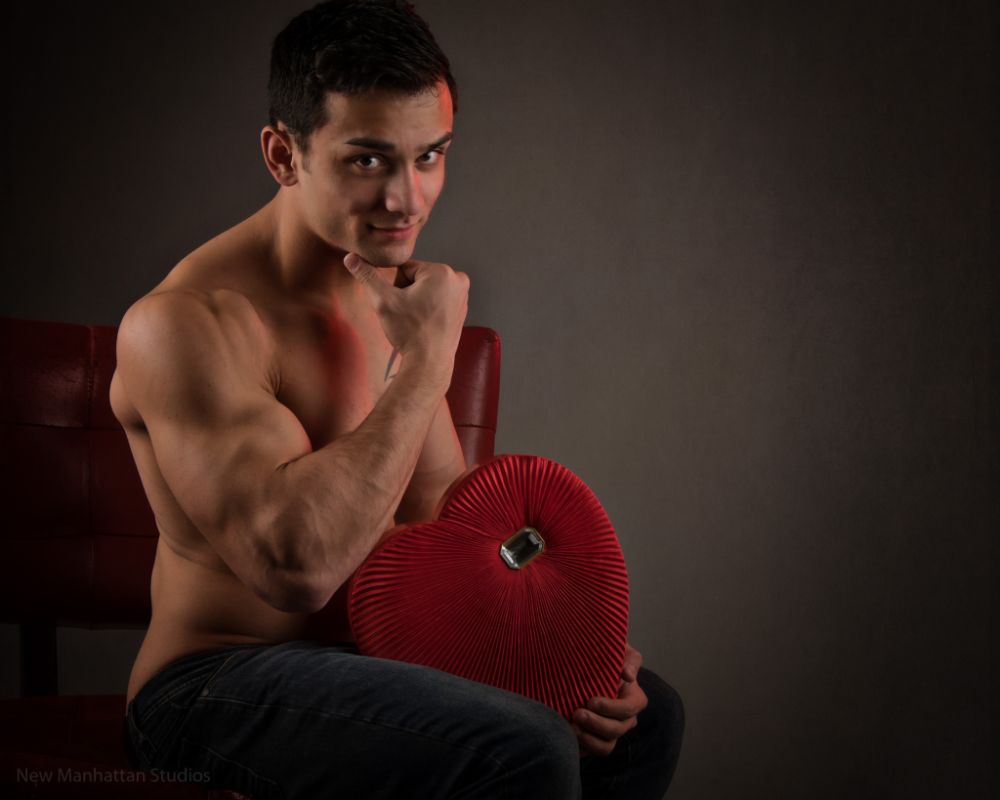 Norm and Bond were both at similar points in their modeling history at the time of their “Valentine’s sessions.” In both cases it had been close to a year since their first sessions with the studio and, having done little more than some basic physique modeling, neither yet had much experience modeling. Bond was a natural athlete drawn to modeling on a lark with encouragement from friends. Norm had been introduced to the studio by his gym buddy, Alex, our model/stylist and assistant photographer. 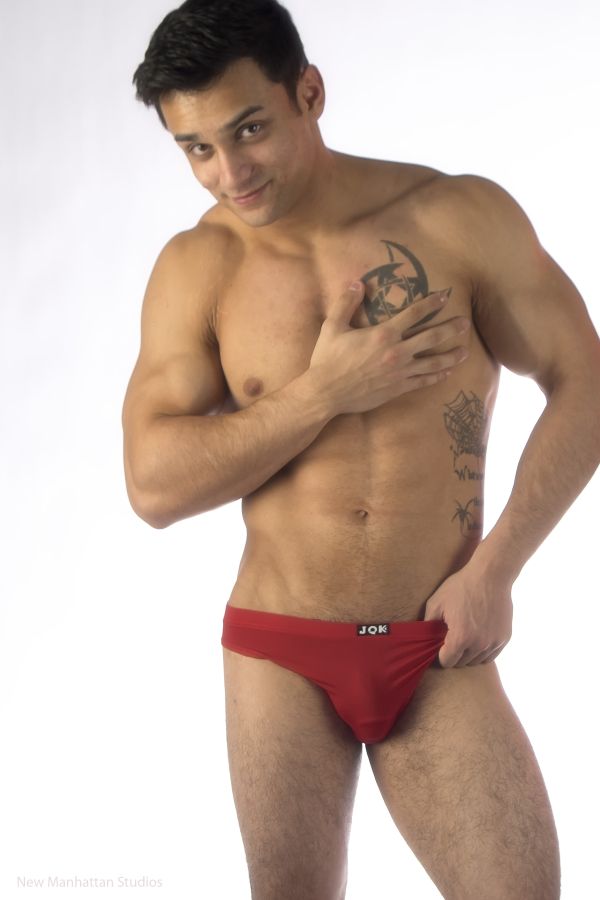 While we had haphazardly wound up in Valentine’s territory with Bond, from the very start of Norm’s third session we discussed doing work that might be used online as a collection of Valentine’s-themed images. I was not at all sure that this new-to-modeling, 19-year-old bodybuilder would be comfortable posing in this manner nor with having the images so broadly circulated. 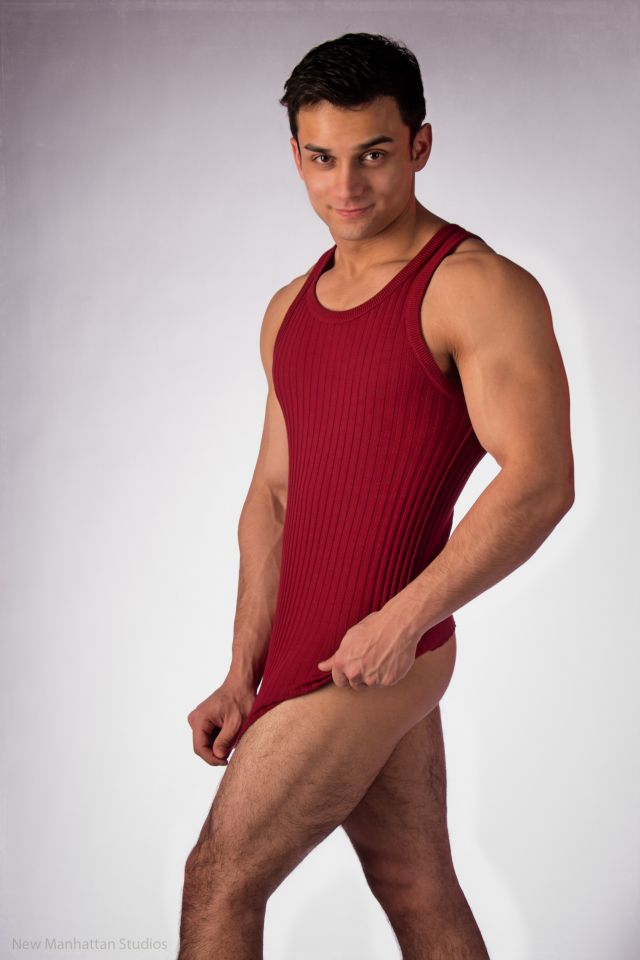 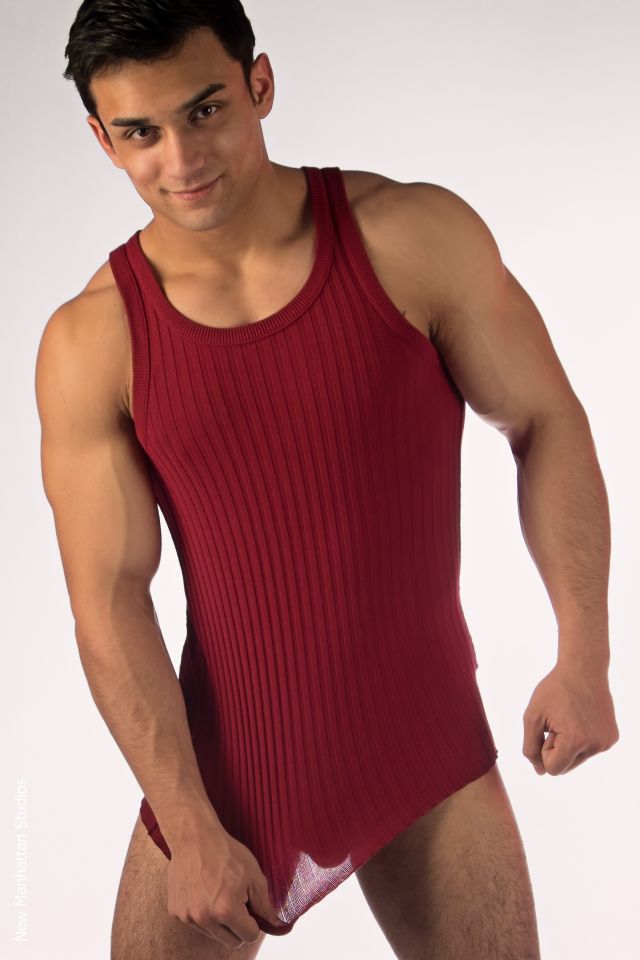 As usual, we spent too much time on the initial set-ups, but such is the nature of warming up for both the photographers and the model. Norm seemed comforted by the fact that his gym-buddy Alex was working the shoot. He knew Alex to be an experienced model and was attentive to the directions and pointers being offered by his friend. 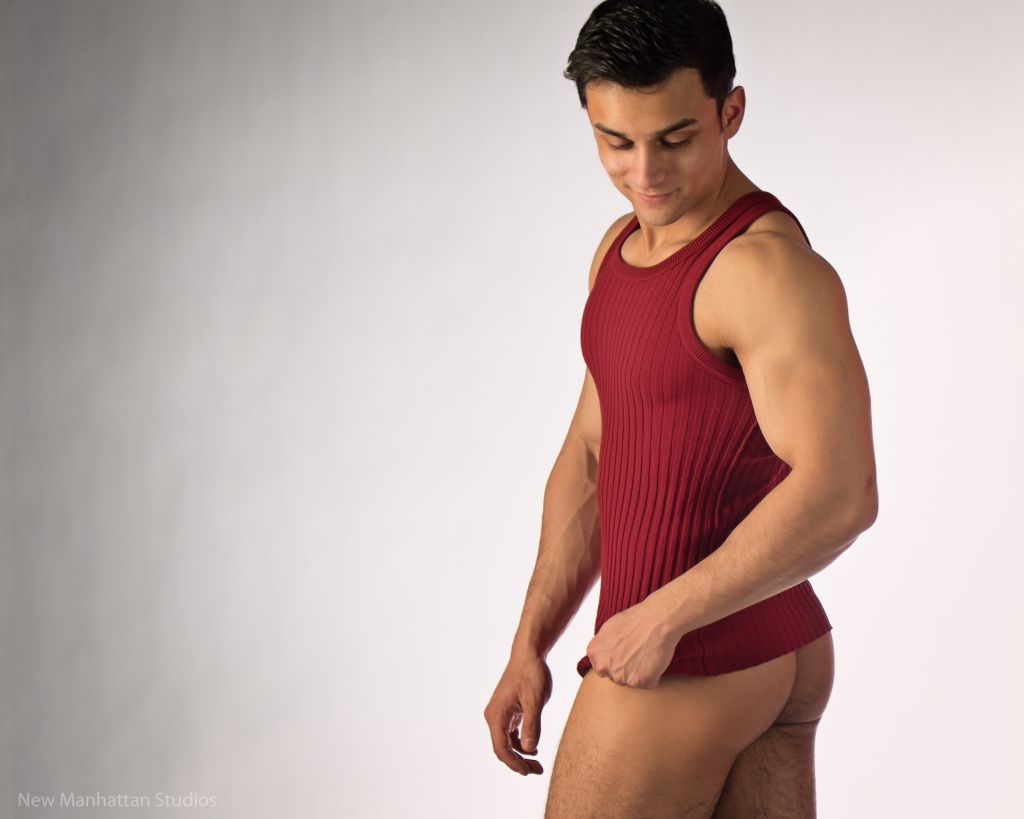 Coming from the same town and gym, not only did they have a bit of personal history in common, Alex’s cool and professional demeanor was helpful in putting the new model at ease. As he relaxed he started getting into the mindset of the shoot. His blossoming confidence was apparent to the camera as he started turning on the charm and making eye contact like a pro. 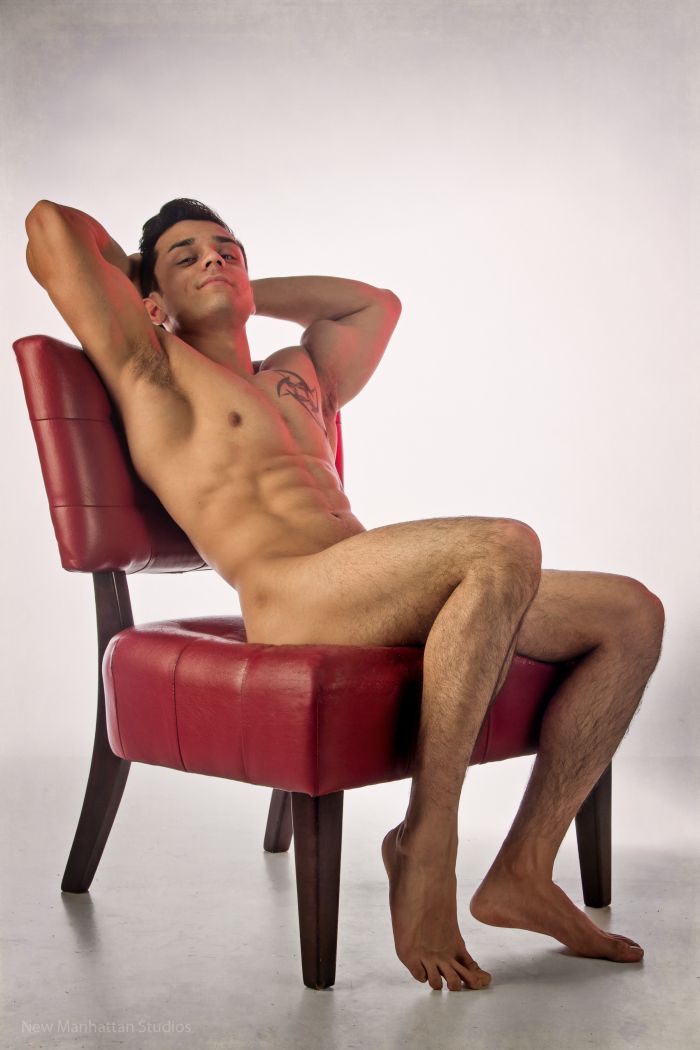 The casual viewer isn’t going to see many similarities between Bond’s unplanned Valentine’s session and Norm’s more plotted “red session.” Ultimately, any two photo sessions are as different as the models working in the center of the floor. That said, both men met the challenge and delivered striking sets of photos well-suited to inspiring fantasies of an ideal Valentine date. 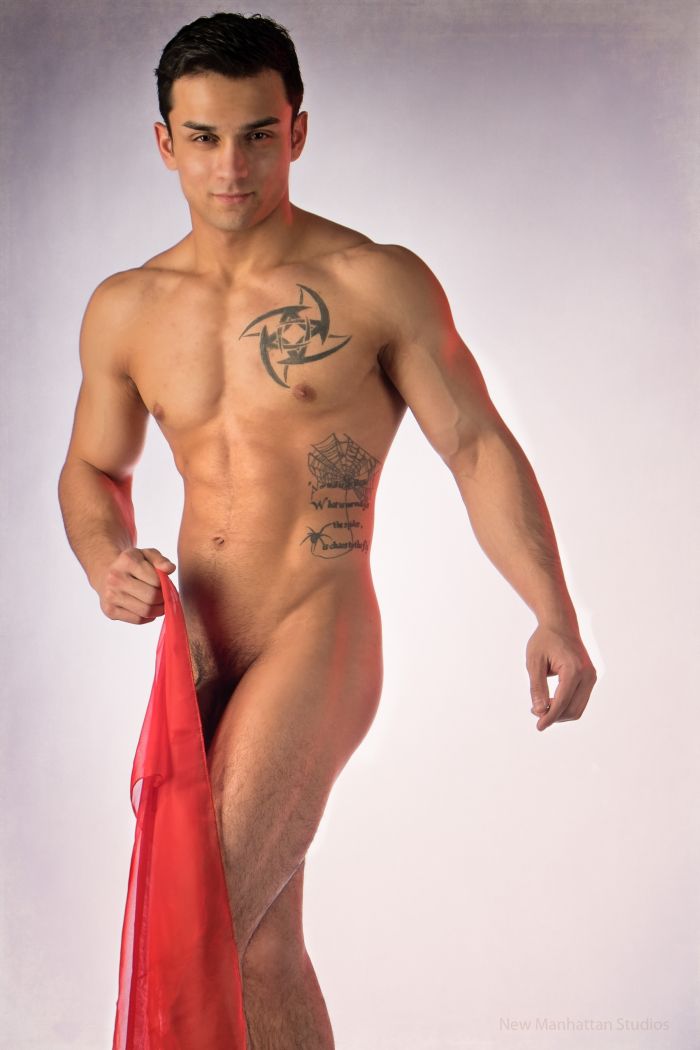 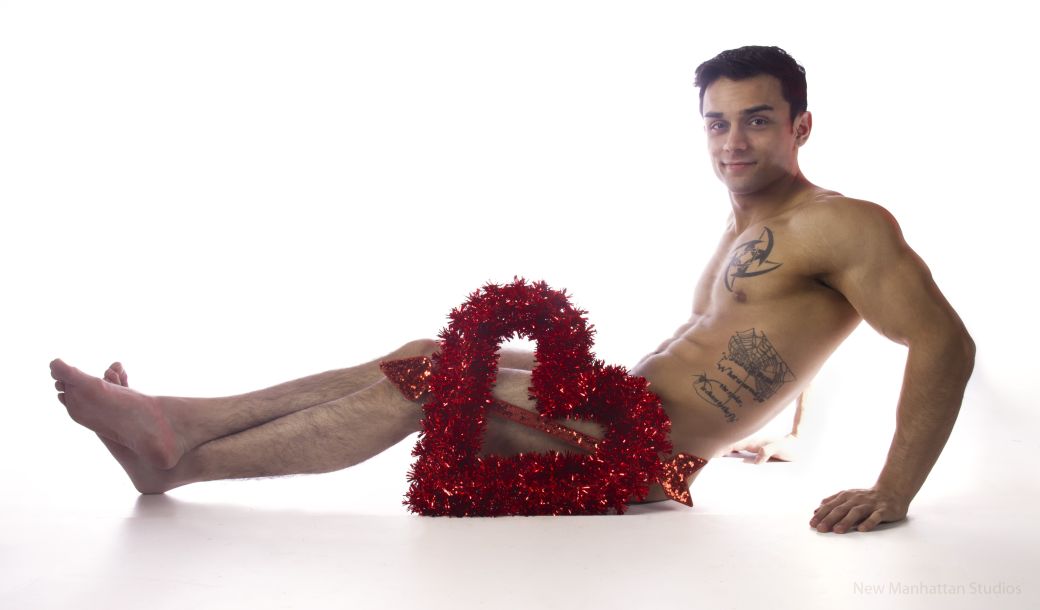 Check out Norm's first shoot with NMS on The Over-Flow HERE:
at February 13, 2016