'The First Time' with Ricky Schroeder 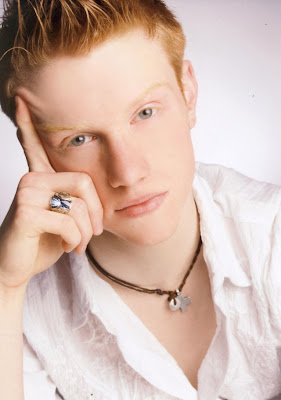 FH: When was the first time you knew you wanted to be a performer?

'Well, the first thing I told people that I wanted to be when a grew up was a "movie star", but the first time I actually realized that performing was something I could really do with my life and have as my career was probably when I was in sixth grade after performing as Friedrich Von Trapp in The Sound of Music. It was my first experience with a show that had adults in it as well as children, I had only been in children's productions before, and somehow I managed to beat out over 250 other kids to get that role. I had an amazing time with the show, I loved working with older people, and I remember thinking if I was good enough to beat out all those kids, maybe one day I'd be able to work my way to bigger things than community theatre.' 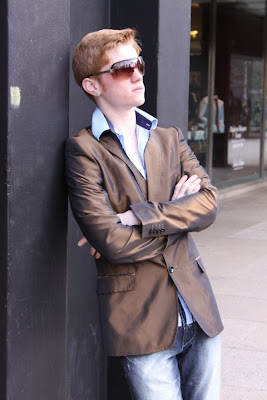 FH: Do you remember the first time you were alone on a stage, without other actors or singers? What role were you playing?

'I feel like this rarely ever happens in a show. Even when I've had solos in musicals, a lot of the time there are other people onstage I was either singing to, or they were singing backup. I think I've only been completely alone onstage a couple of times in my life. I think My first time was the summer before my sophomore year of high school for a cabaret to raise money for the local theatre group I did summer shows with. I sang "Purpose" from Avenue Q. But my first time alone onstage in actual show was probably when I was Radames in a production of Aida. That's the first role I remember any significant alone time, anyway.' 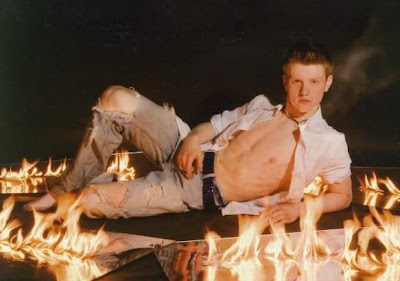 FH: What was the first job that actually paid you to act or sing or dance?

'The first time I got paid for doing what I love to do (which is a crazy thing when you think about it), was my junior year of High School when I was in the Ensemble of a production of Andrew Lippa's "The Wild Party", at Rochester, New York's Blackfriars Theatre. It was my first time with a semi-professional group, and one of the best and most fun theatre experiences of my life. I learned so much from everyone, and it's such a fantastic show.' 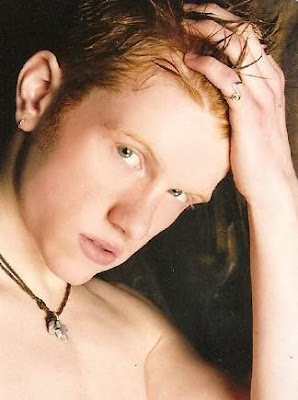 FH: When did you move to NY and what was your first job once you got there?

'I actually only moved to NYC about a year ago in August when I started school at NYU as a Musical Theatre major Thur CAP21. My first job when I got here was actually as a Barista at Starbucks! On 14th between 5th and 6th! My first paying job as a performer in NYC, however, is actually the project I'm involved with right now. It's CAP21's Summer Stock NYC. We've been in rehearsals and the performances start this Friday!!! July 16th and go Thur the 23rd.' 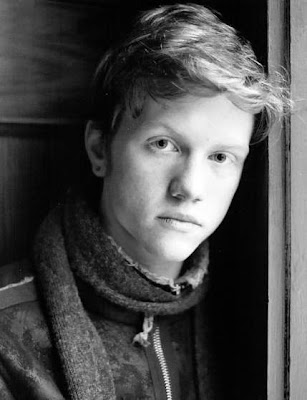 FH: Who was the first performer you looked up to and wanted to model your career after?

'Well my dream career would to be able to be the type of performer who has a long career on Broadway, dabbles on television, in the movies, and records their own CD's, so even though I've always knew I wanted to perform, I think the first performer that I looked up to for that sort of career aspiration was probably Kristin Chenoweth. I remember all of sudden just seeing her everywhere, and even though she wasn't necessarily "the star" in her television or movie roles, she was there. She has her own albums, has had a fantastic career on Broadway, and even though I've looked up to performers as inspiration, she was the first one where I really recognized the span of her career, and how much I would love for mine to be the same.' 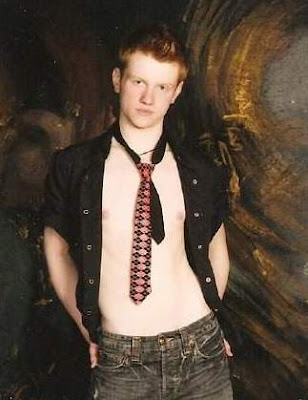 FH: Has there been a first time yet you have been recognized on the street for something you have done on stage?

'Yes, there has. Back home, in Rochester,NY, at least. I don't remember the exact first incident, cuz it's happened a couple of times, and they never really remember my name, they just ask me, "Hey, weren't you in ...??" Just because i got out and did a lot of community theatre back home, so I was all over the place.' 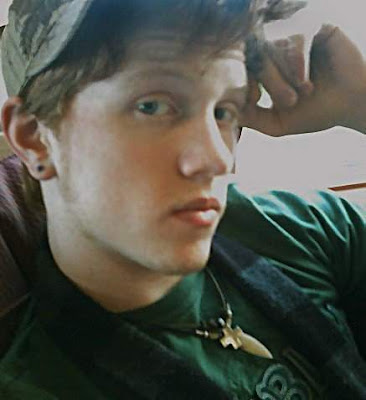 You can check out more of Ricky and listen to him sing at his YouTube Channel HERE:
One of my favorite performances is Ricky singing "Run Away With Me" from The musical 'The Unauthorized Autobiography of Samantha Brown.'


Below: Ricky with Hilary Swank 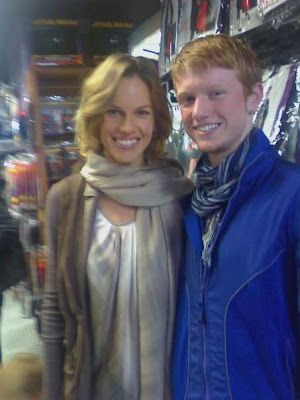 Ricky says he does not get star struck often but when he spotted Hilary while she was promoting "Amelia" his heart stopped.

Below: Ricky with Gavin Creel. 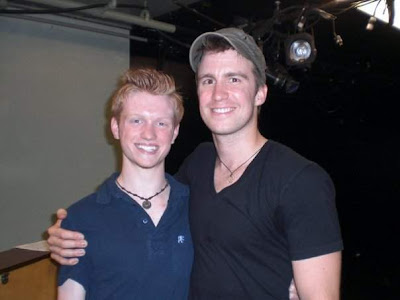 Ricky met Gavin Creel when he participated in a weeklong intensive a couple summers ago called "Making It On Broadway".

'We had classes everyday as well as master classes with fabulous people such as Gavin, Anthony Rapp (who I got to sing for), and Donna Murphy as well as others. It was a fantastic learning experience.'

Below: Ricky's brush with Idol. 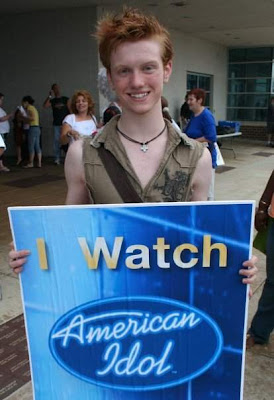 'As far as my Idol audition goes, it was sort of a waste of time. Waiting around for hours and hours and hours, coming back the next day to wait again in a stadium. They then took us down by section, and sent four people at a time to one of 16 tables across the stadium floor where we got to sing about ten seconds. The guy auditioning us was on his laptop, clearly not listening, so I didn't even make it past that first stage. The guy in front of me was absolutely incredible, and he got cut as well. I don't know for sure, but I heard that some tables only accepted guys, some only accepted girls, some automatically cut everyone, some only took the "bad talent" and some took anyone...just a rumour but I could totally understand that. I mean, they cannot legitimately listen to the 20,000 people who were there to audition. I auditioned in Philly. I'm glad I did it, but it was just really disappointing to be waiting around getting your hopes up and then not have them really listen to you at all.'

This is Ricky singing Michael Buble's version of "Sway" for the American Idol Experience down in Disney World, Florida! This was the sound check before the actual show. 'Such a cool experience, it was just like being on American Idol.' 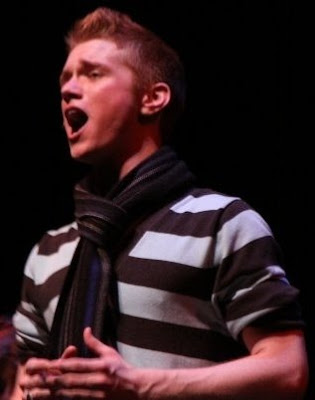 'Wherever I end up, as long as I'm performing, whether it be on Broadway as a perpetual chorus boy or as a leading male, in Regional Theatre, as a dancer, as a recording artist, on tv, in the movies, as a backup dancer; as long as I'm performing I'll be happy. I'm just going to keep on searching out and take whatever comes my way. We'll see where life takes me.'
Rick Schroeder

Cute, talented and determined. That is what it takes. Think he is moving in the same direction as favorite Nick Adams.

To quote the theme from "The Mary Tyler Moore Show":

Now we have 2 hot Ricky Schroeders!

Hot, smart and talented!!!
Thanks Tye