Halloween Movie Countdown: The Watcher In The Woods

With Halloween just around the corner I am going to be suggesting some movies for the season that don't usually make most peoples lists. Some are ones I saw as a kid or ones that most have been overlooked or long forgotten. 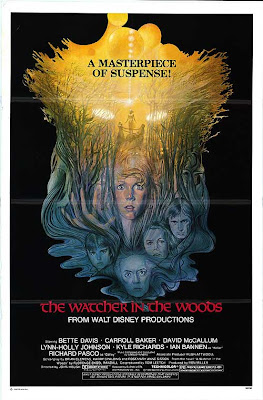 1981's The Watcher In The Woods is a bad movie, so bad in fact that I LOVE it. It is so dated, so cheesy and so silly and yet...at the same time when I first saw it as a child on television it scared the Bejesus out of me.

I think what made the film so scary is that it throws away everything, up until that point, you would expect from a Disney live action flick. There were no cute animals (just one ugly wet dog), the child actors do not laugh and smile and get into light hearted shenanigans. There are no wacky car chases and messages kike be kind to others. 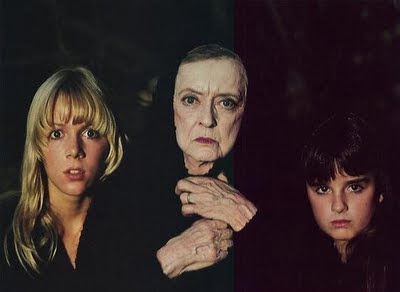 As dated and corny as the movie is, just like those woods to star Lynn-Holly Johnson (a future post if I ever saw one), the film is surprisingly compelling. The set up is quite creepy as the Curtis family check out a isolated creepy old estate to lease. I am not sure why after that initial tour anyone would sign to rent the old place but the parents seem to think the creepy mansion is just perfect for them and their two young daughters. 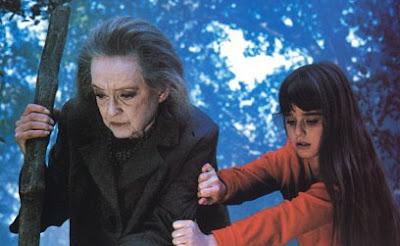 If for no other reason, check out this movie for it's eclectic cast. The parents are played by screen legend Carroll Baker and actor David McCallum. Believe it or not, even though I know who McCallum is, I had never seen anything he was in before.) David is quite hot in this movie, certainly a DIWF. The daughters, the aforementioned Lynn-Holly Johnson (who could be the poster girl for 15 Minutes of Fame) and pre Housewives of Beverly Hills Kyle Richards. Kyle had a respectable acting career going as a child and young adult. It is a wee bit eerie that Kyle's hairstyle seems to have remained frozen for the past 30 years. 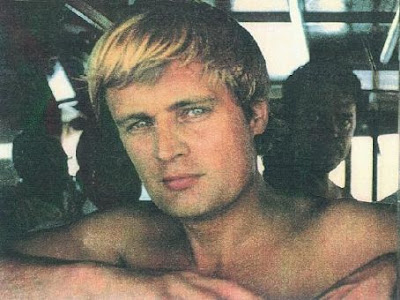 If you require a little eye candy, it comes in the form of British actor Benedict Tayor. Even if you don't think you know Benedict, you do. (IMDB him, you will recognize his work from many recent film roles) Benedict is deliciously perfect as Mike, eveything one could want in a stable boy. Young, hot, tall, great body, tight jeans and all that wavy blonde hair. 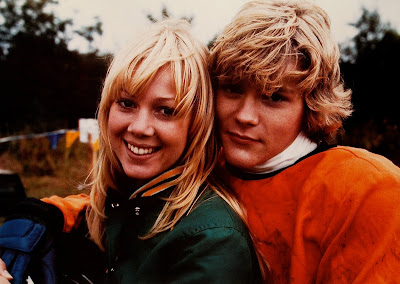 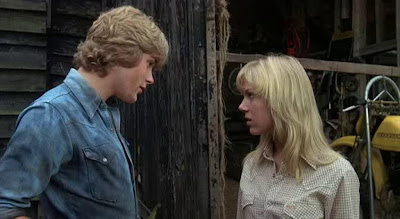 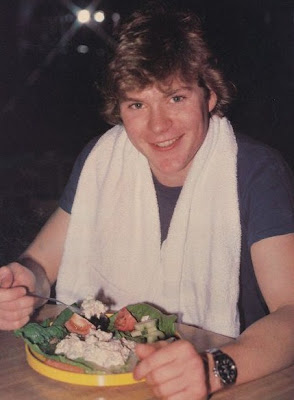 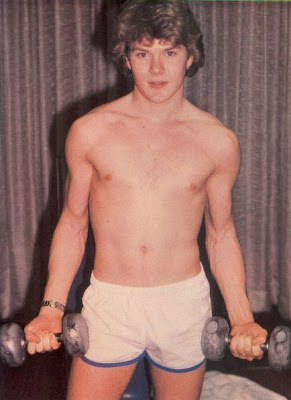 Of course the pièce de résistance is the appearance of Bette Davis as the creepy Mrs. Aylewood. In one of her last film roles Davis is at her over the top best. Although she has top billing, Davis plays a supporting role, about 50 percent of the film consists of Lynn-Holly walking, screaming and looking a mix of both confused and terrified and she lumbers around set after set. Davis does a good job at remembering she is supporting though and not bull dozing over her co-stars as I have seen her do in other flicks. She might have been tired or maybe embarrassed at the roles coming her way at the end of such an amazing career. 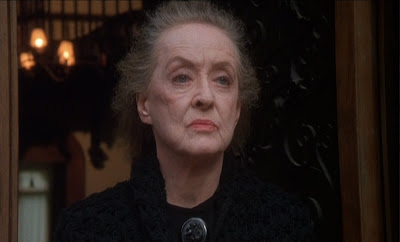