Lord Of The Concrete Jungle by Richard Rothstein 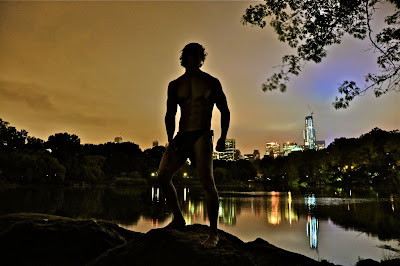 One of the most iconic characters of literature and cinema, Tarzan is a unique hero in that his powers are not super, nor do they come from the supernatural. Tarzan's unique abilities come naturally, from his childhood. A feral child, isolated from human contact, the king of the jungle's extraordinary skills were ingrained from his upbringing by apes that raised him. 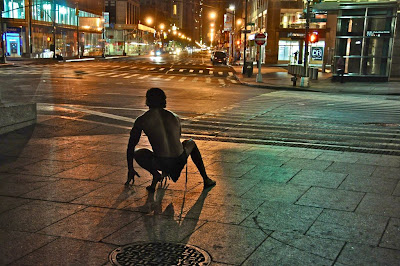 Part of Edgar Rice Burroughs novel Tarzan the Ape Man involves Tarzan leaving the jungle to follow Jane Porter to America. His adjustment to the move is not a smooth one and his contempt for civilization eventually leads to a return back to his home in the jungle. 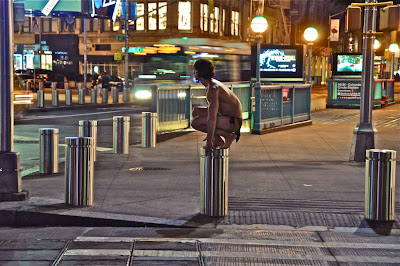 In Richard Rothstein's new series, Lord Of The Concrete Jungle, we find Tarzan in The Empire City, alone and out of his element. Each of Richard's majestic images is a work of art. Like a superhero, Richard roams the city, mostly in the dark of night, quietly completing his work. Attempting not to disturb, capturing, but not leaving a mark, on his environment. Not an easy task when accompanied by a gorgeous model in a loincloth. What I love so much about this series, and Richard's work in general, his ability to capture New York like no other. Each image looks like every detail, from lighting down to props, was immaculately planned and staged. The reality of course is that the artist has no control over the city, only the masterful ability to capture it so beautifully. 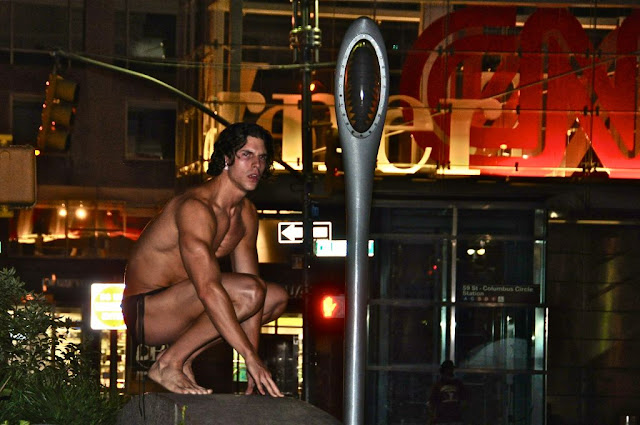 'In my work with New York City and men, I always strive to create a visual balance and connection between the beauty of the man and the beauty of the city--all with an eye towards expressing an emotion-evoking image that tells a story. Lord (of the jungle) knows that there's no shortage of photographs out there of beautiful men. I need to do more. When Rob Eco, who has fast become my favorite model and a very powerful muse, and I considered the iconic power of the Tarzan visual I first thought that it might be too obvious, too cheesy; I was wrong. Who better than the iconic Tarzan to match the towering strength, spectacle, stunning beauty and arousing thrill of New York City?' 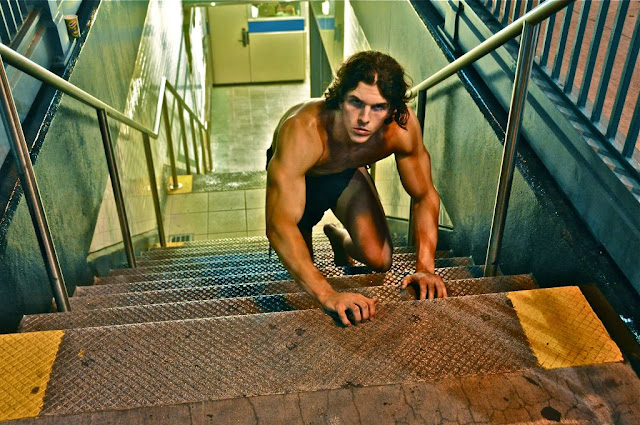 'Rob Eco himself couldn't be a more authentic figment of Edgar Rice Burroughs' fevered imagination. With authenticity in mind, we even had custom-made leather loincloth created to complete the imagery. But the most important ingredient is Rob himself who fully commits to being Tarzan and that delivers an energy and reality to the images that would not otherwise exist.' 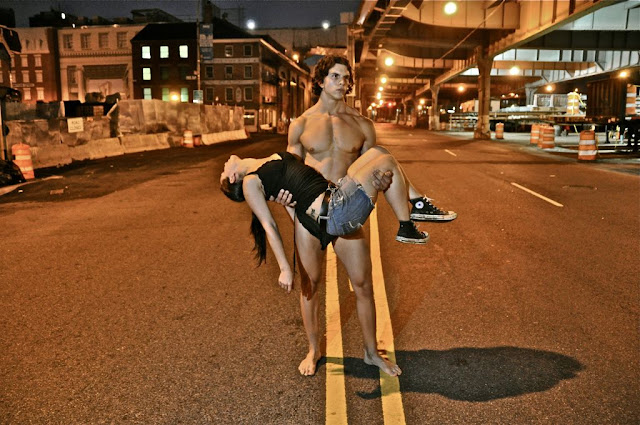 'Beyond the photographs, the reaction in the streets of New York is truly entertaining and motivating. I'm in the streets frequently with models, but I've never before experienced the kind of joy and interest that Tarzan generates from complete strangers--and jaded New Yorkers in particular. Women jump into his arms (and the occasional man), he literally actually does stop traffic, and people beg to participate in a shot. I'm not sure how far we'll go with Tarzan, but we surely have another two or three great shoots in us.'
Richard Rothstein 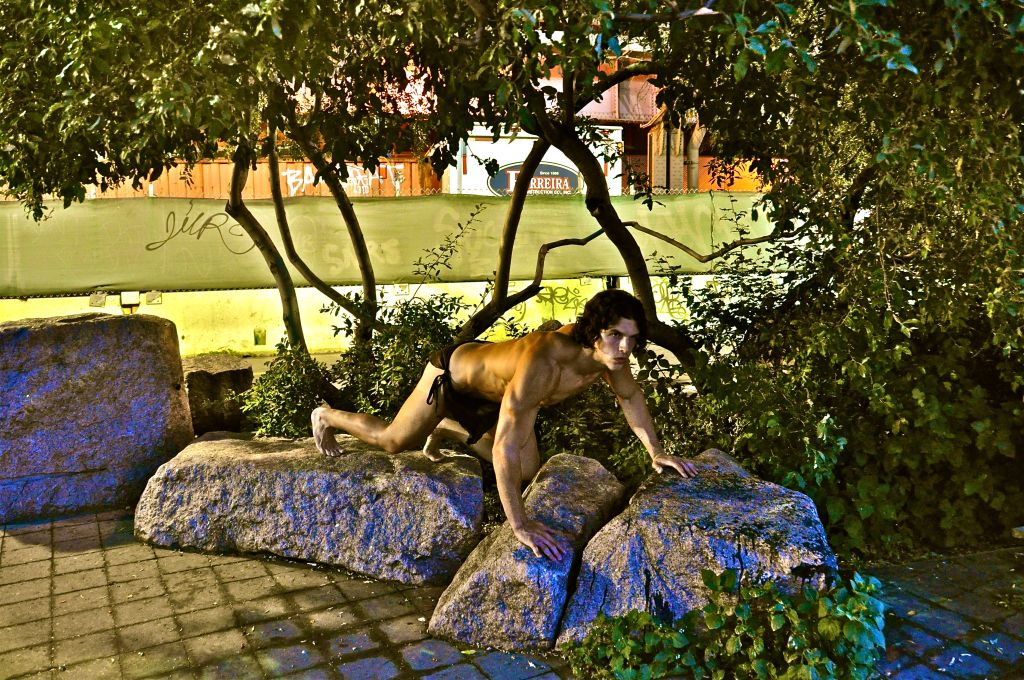 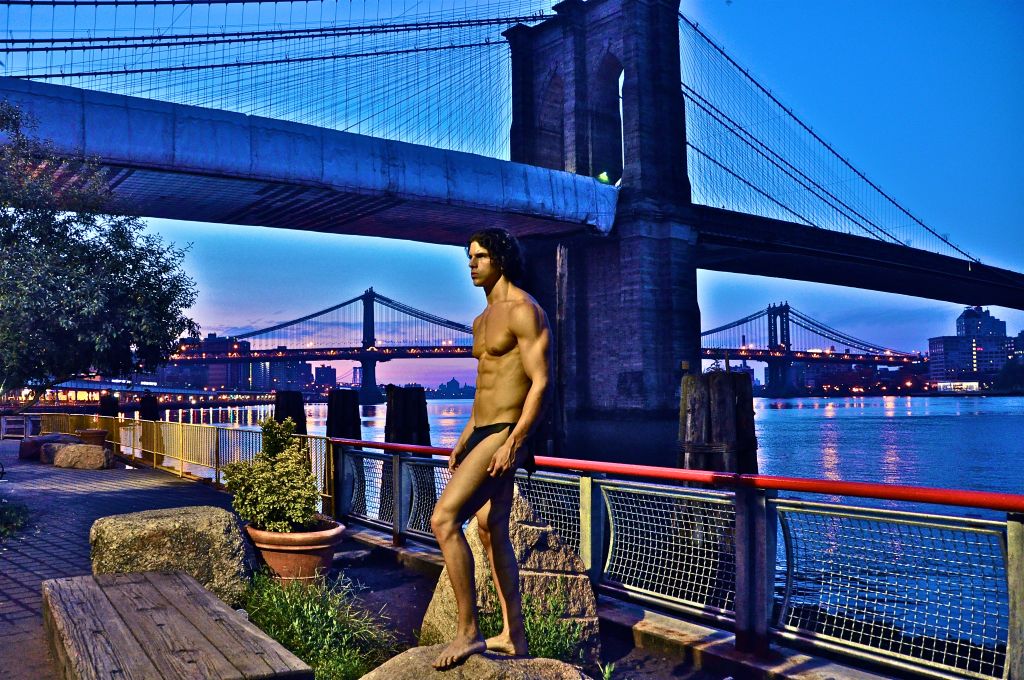 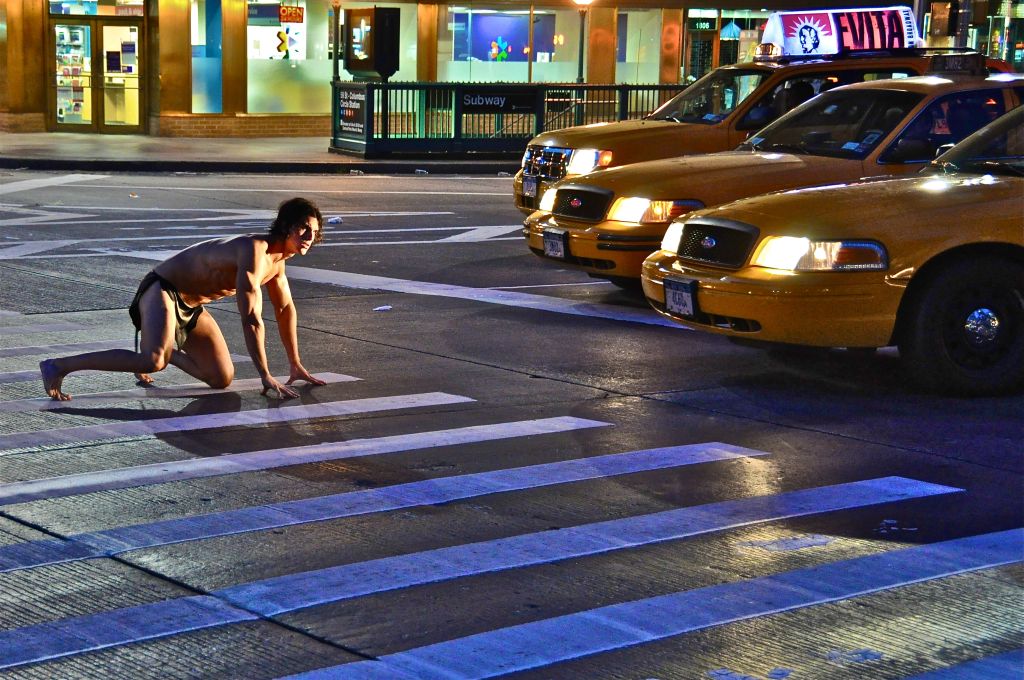 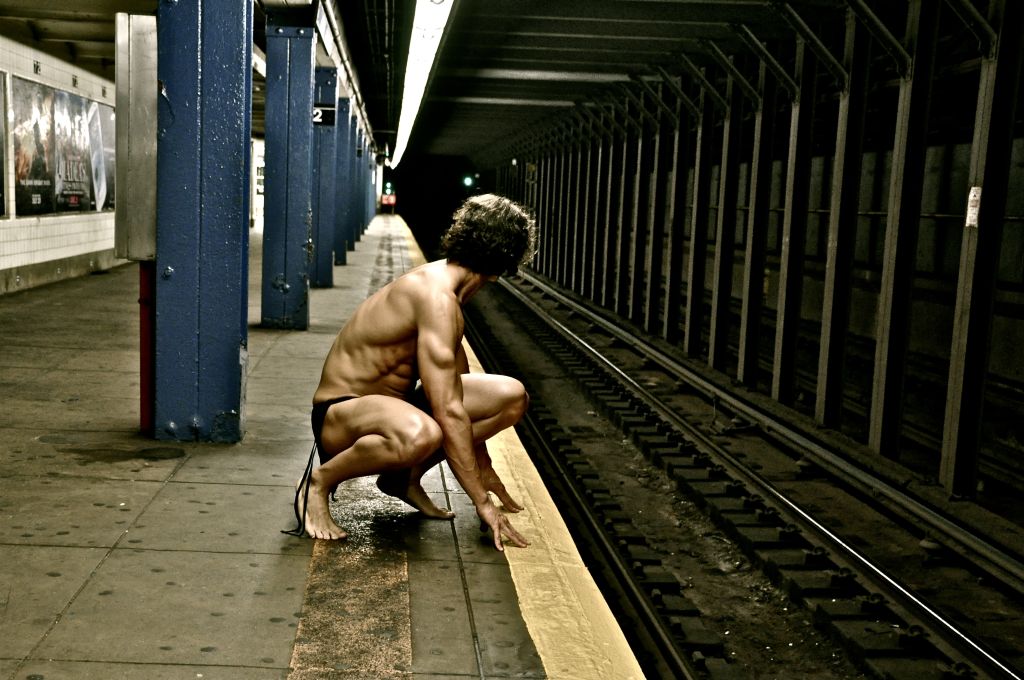 A couple of behind the scene shots: 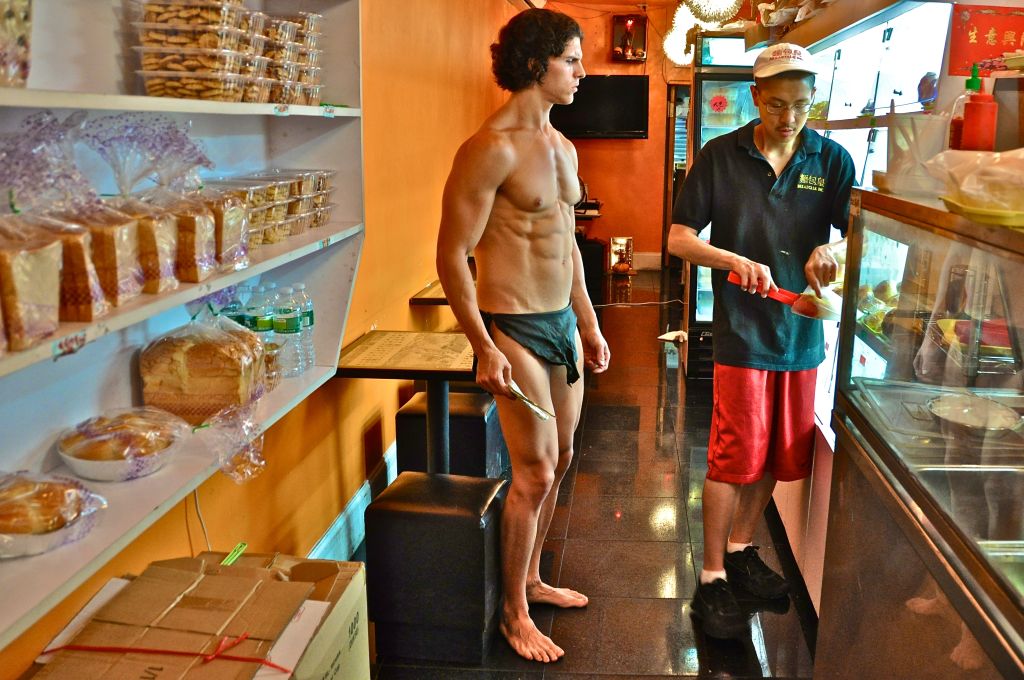 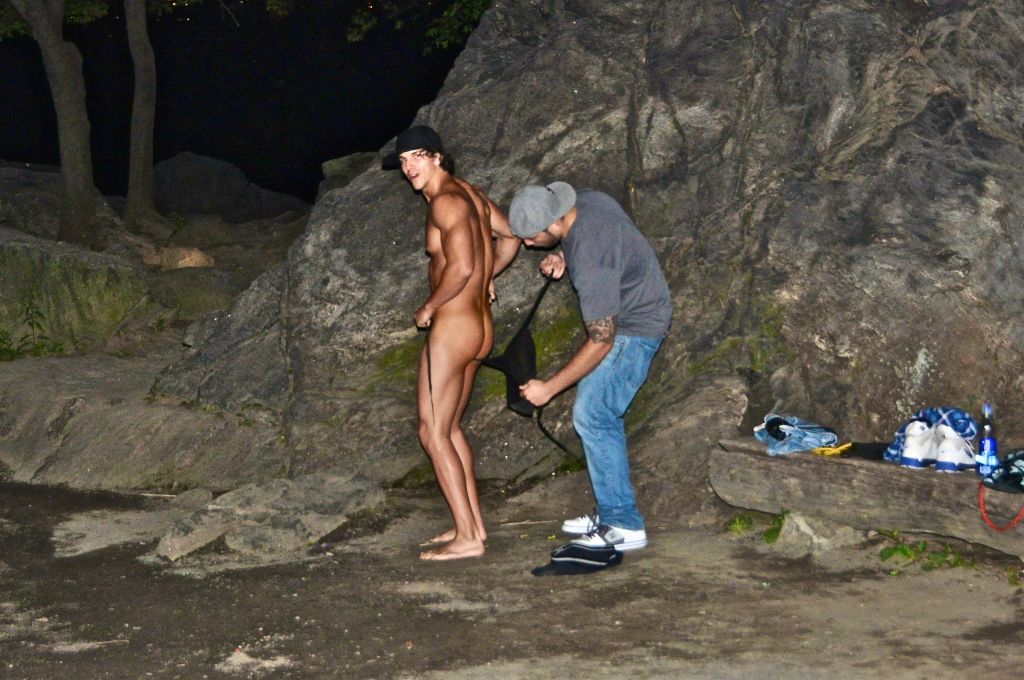 More behind the scenes action with Tarzan:
http://youtu.be/hZr0oPuFvXo