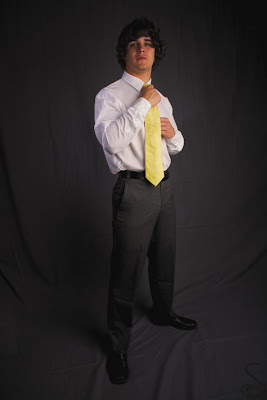 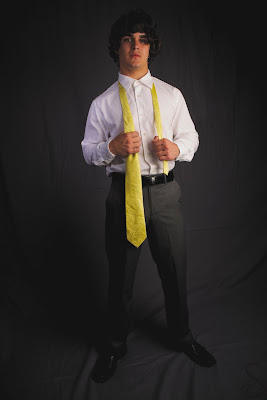 When I first saw Maryland photographer Sean Cooper's images of Dakota Askins, a well preserved, but long forgotten, feeling instantly shot back to the surface. Dakota's smile, Dakota's face and body, and most precisely Dakota's hair, catapulted me directly back to the rink, the cold, and the lockeroom during the time I played minor hockey. 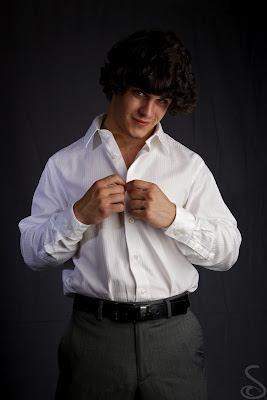 From the ages of 11 through 14, Saturday mornings at 5:30am meant heading to the rink. There was a guy on my team who, except for the fact that it was over 20 years ago, could easily be Dakota's doppelganger. Sean images not only sharply returned feelings, but also the sounds and smells. 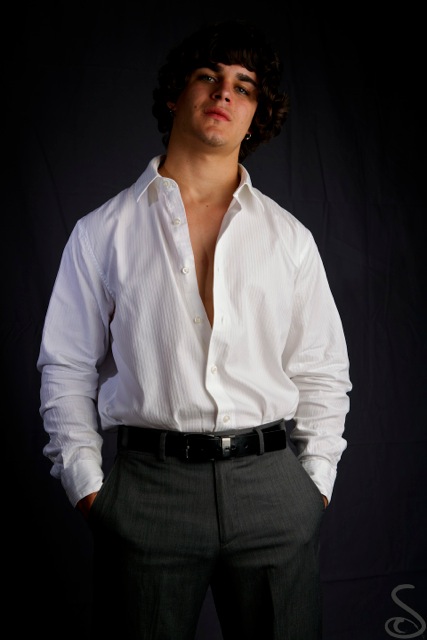 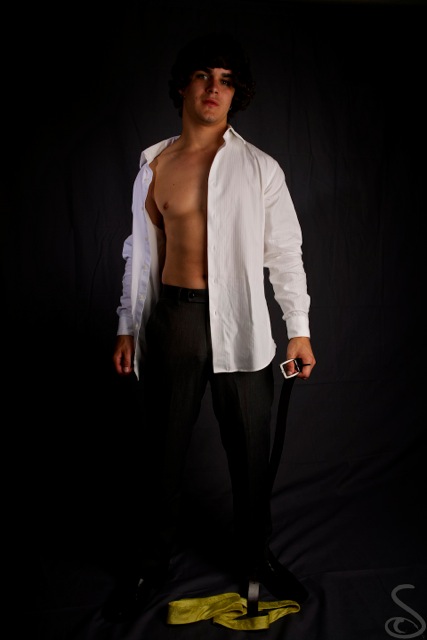 I love Dakota's hair, and his look in general, and it certainly fits his occupation. In addition to dipping his toes into the modeling industry, 19 year old Dakota is a vocalist in a metal band. Sean was looking to add some great images to his portfolio of male photography and was thrilled with the results of his work with Dakota. The shoot began with Dakota ironing the pants that he had brought to the shoot and as you can see Sean got some incredible shots of Dakota in and out of that particular pair of pants. 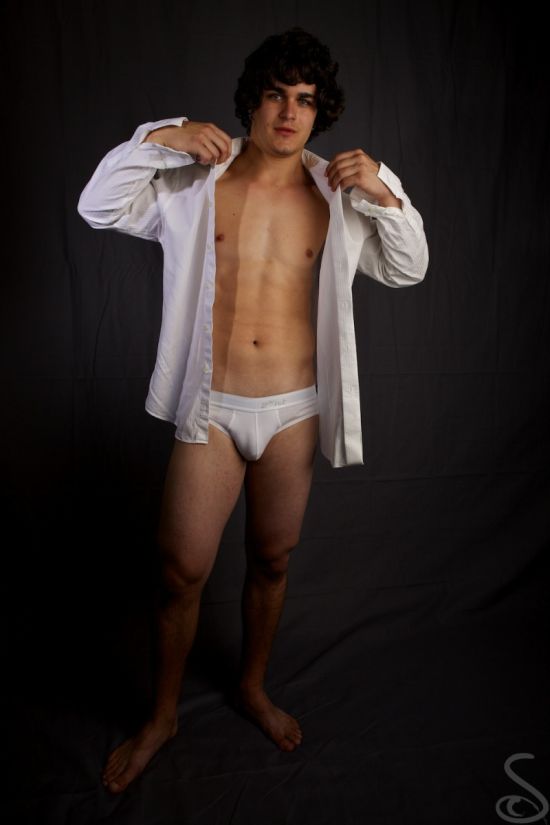 'Dakota's shoot was fun! He's rather uninhibited and we got along great. One very unique thing about Dakota is his hair. I've seen lots of kids around with those long, unkempt mops, but Dakotas hair is very unique. It's Welsh/Irish curly, which are big loose curls that you don't find on men very often. He's also very personable and his voice is surprisingly forward and resonant, something that you don't find out until you meet him. As I said before, he is very pleasant and cooperative to work with, which is GREAT from a photographic standpoint.' 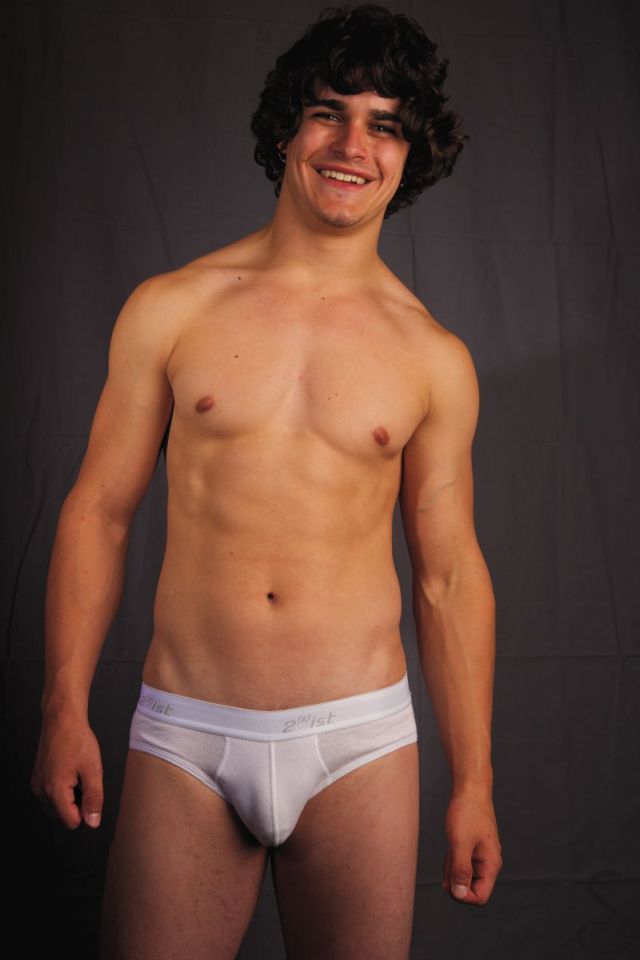 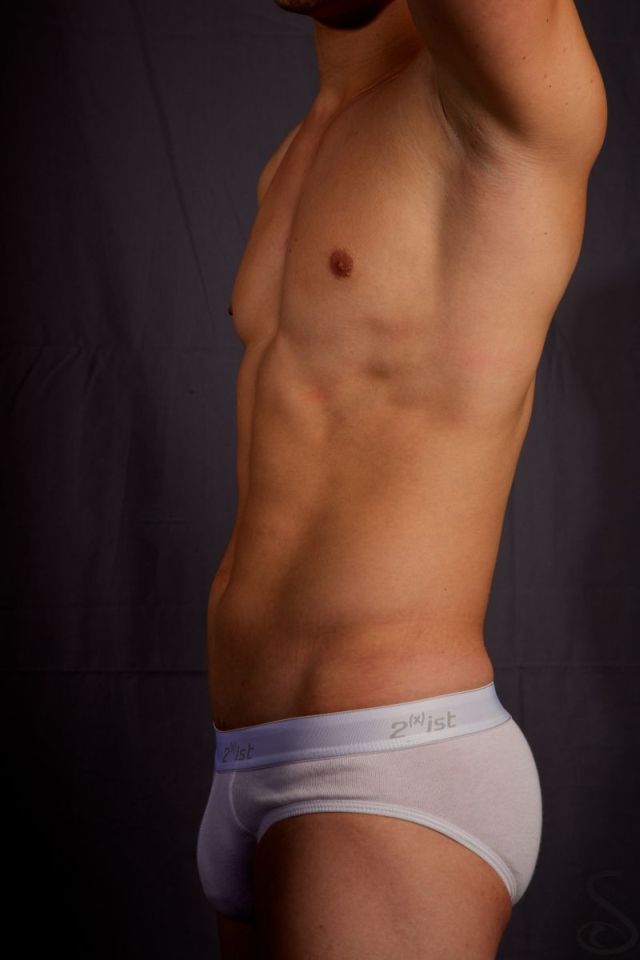 Originally from central New York, Sean Cooper now works as a professional photographer in the DC-metro area. As a university trained photographers, Sean uses a photojournalist approach to shooting. Sean says he loves studio work and tends to shy away from post-processing. 'I might correct deficiencies in the original capture, but I don't do a lot of effects or airbrushing or editing.' 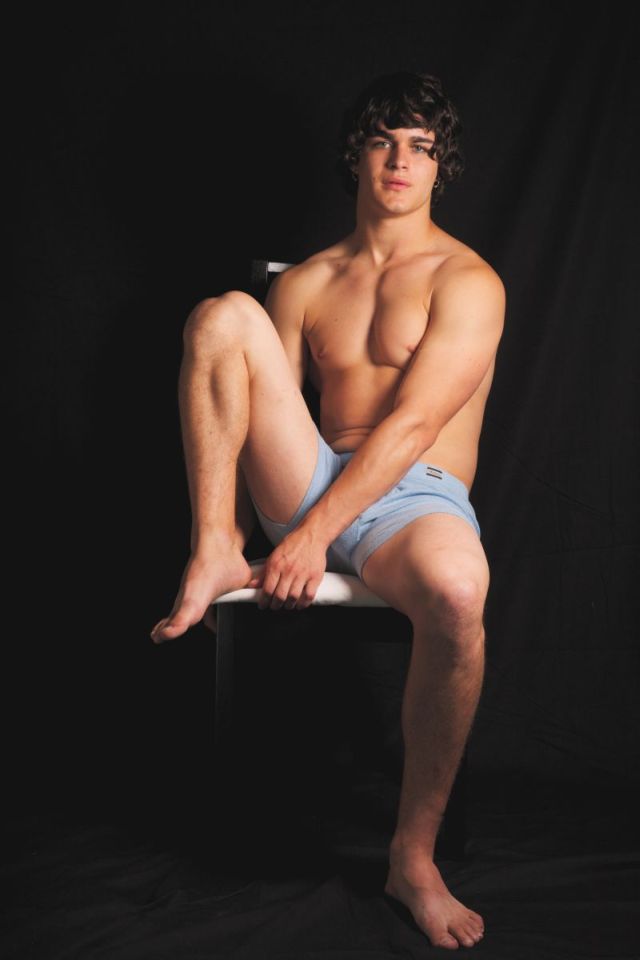 'I began shooting by just "fooling around" with a friends camera for a bit, and that got me interested. Then, when I started my first "real" job, I went and purchased a Canon S1 IS (which I still have and occasionally use). THAT got me hooked. It was a great little camera and I took it everywhere with me. I still shoot Canon gear exclusively - they built up a lot of good karma with that first little camera. I started off shooting the silly stuff that every beginning photographer does - contrasty, poorly framed portraits, flower macros, trips to the zoo, etc. I'm still taking those same awful pictures, with much newer and more expensive gear!' 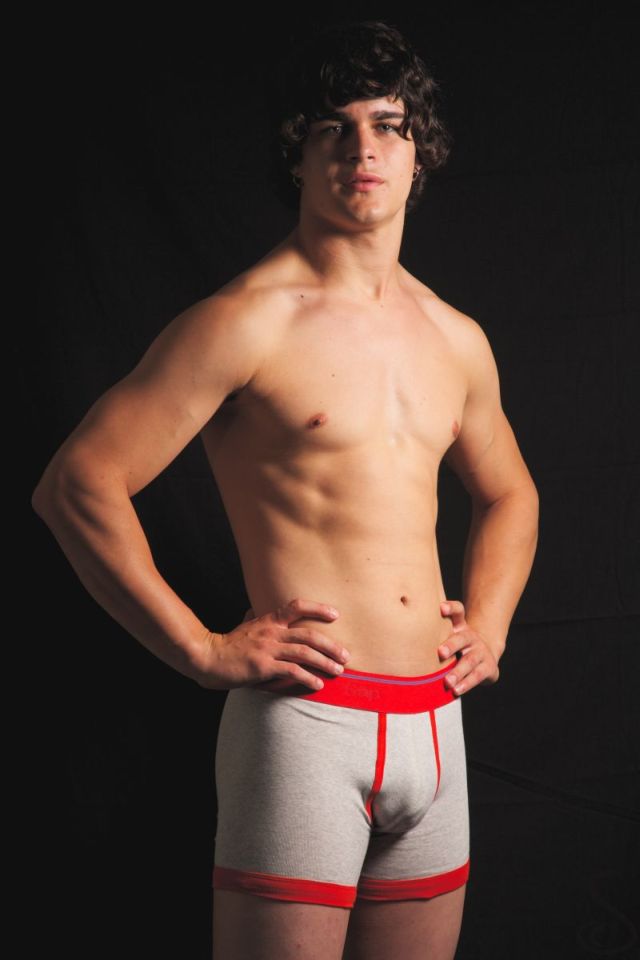 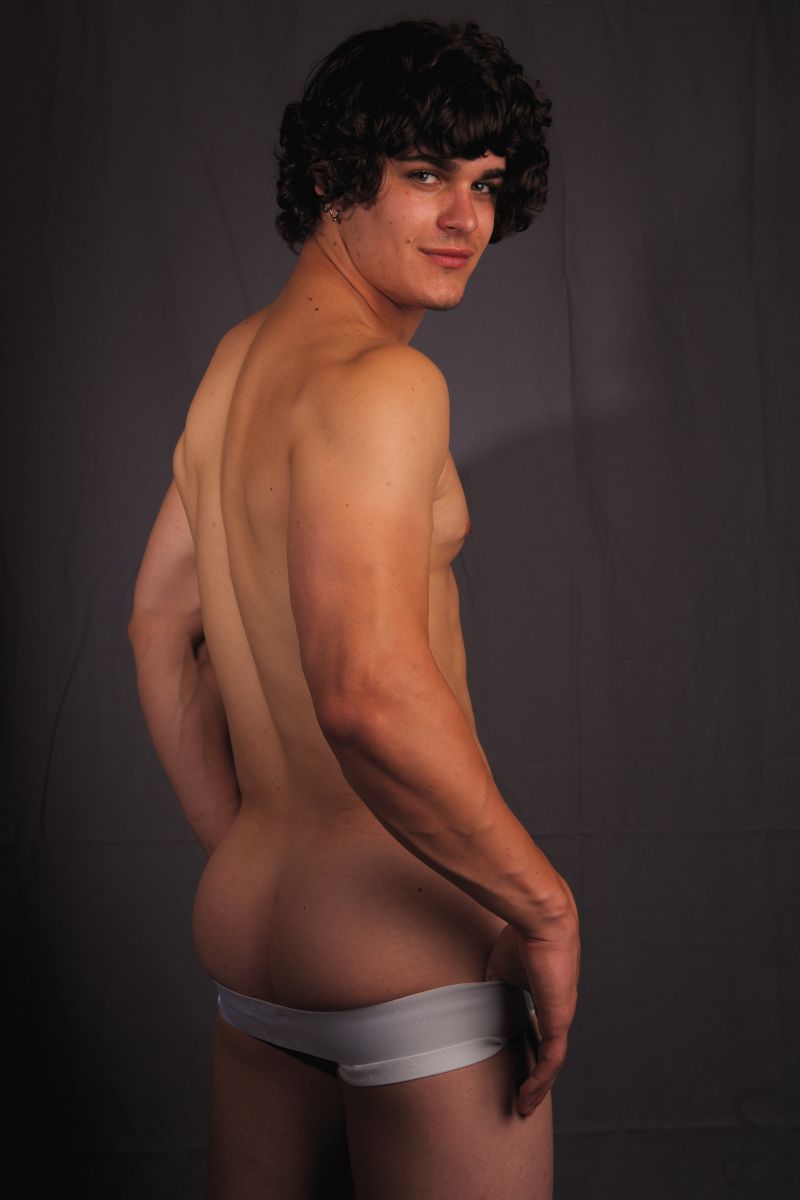 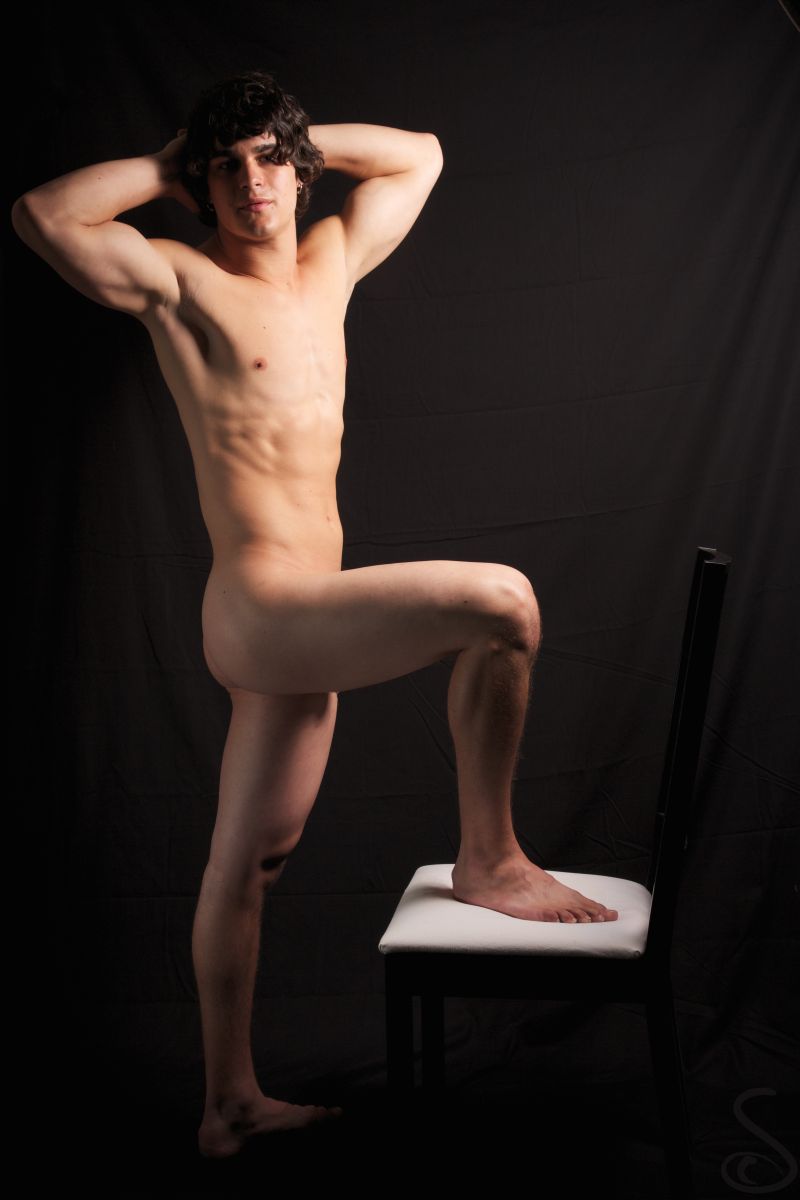 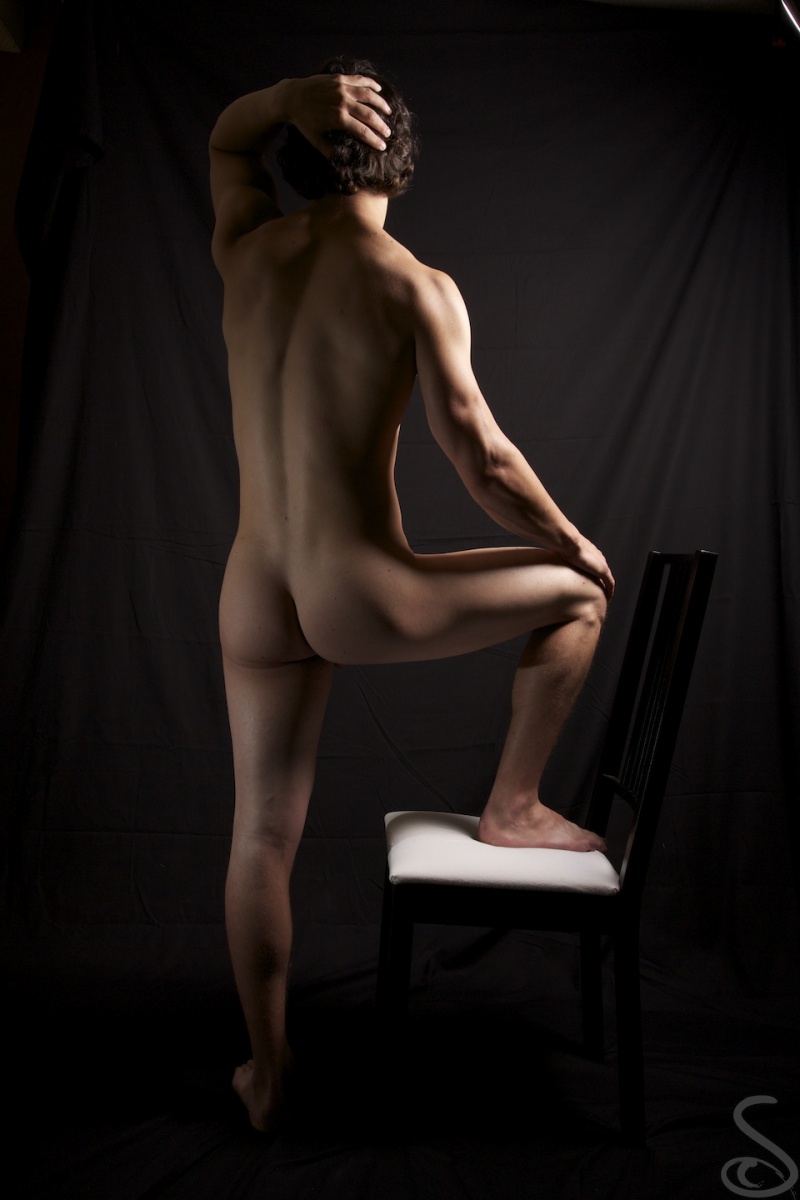 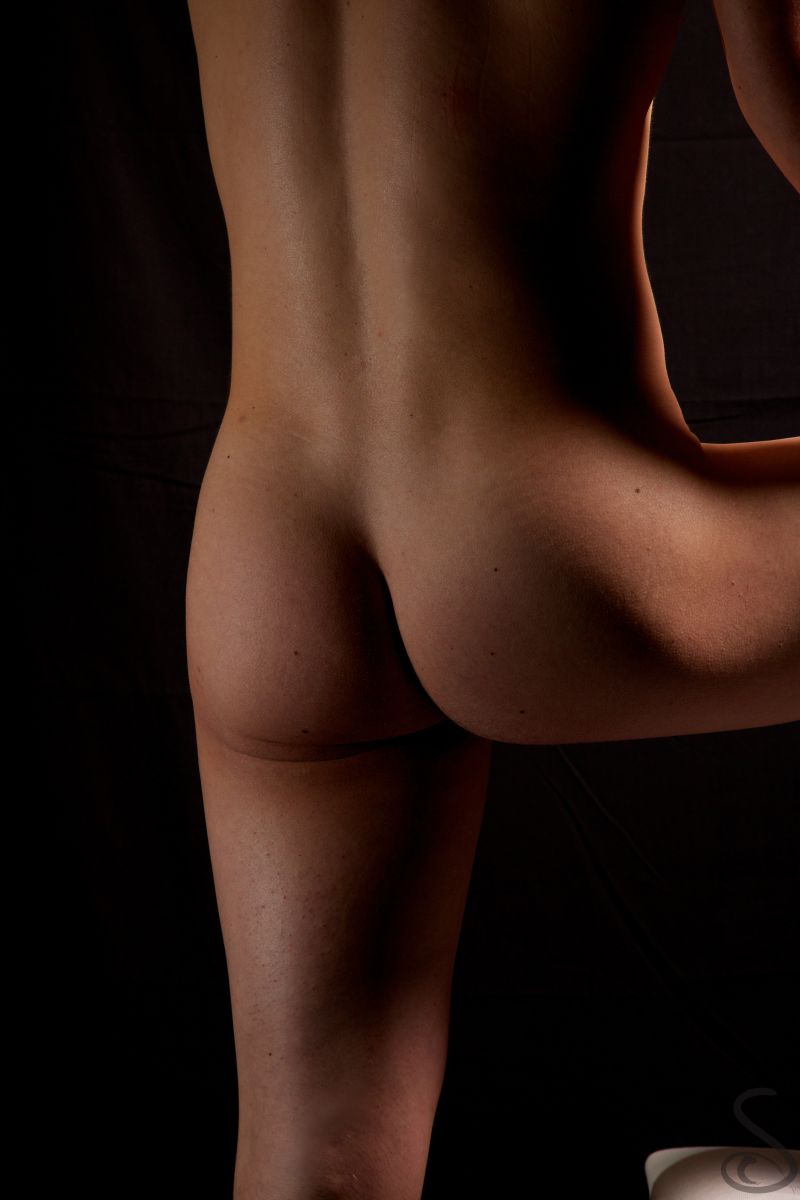 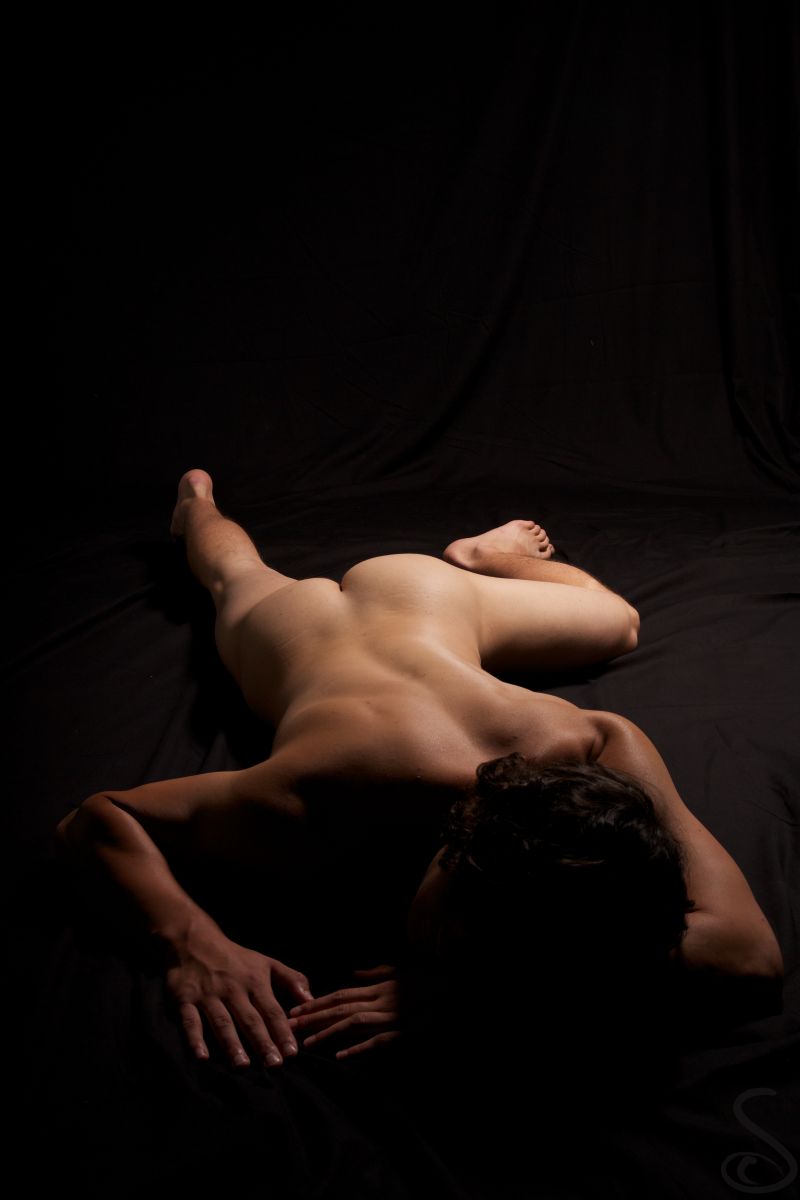 I can always count of you, Tye, to pick the very best butts for your blog! Yummy!

I would love to work out with him!