Every Single Second: David A Anderson by Stephen Kahrs 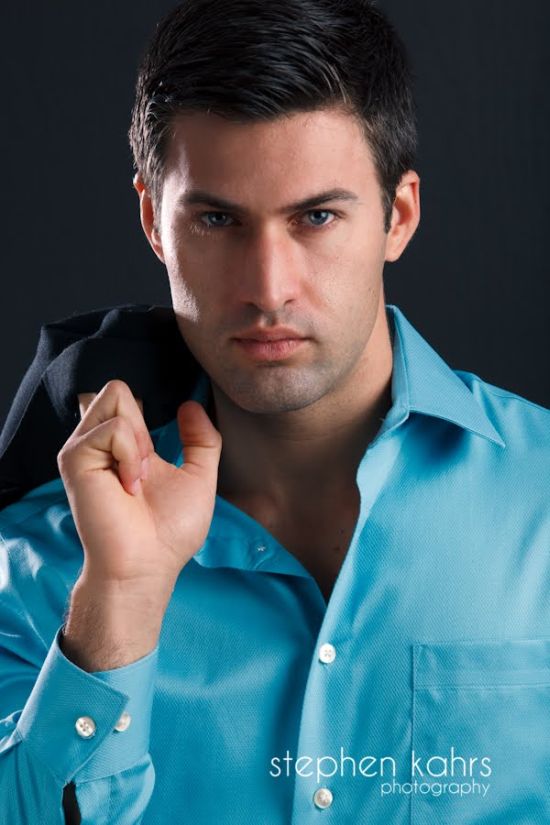 This past spring I was fortunate to come across the work of Connecticut based photographer Stephen Kahrs. In my first profile of Stephen's work, (Masculine Sensuality)I noted how masterfully the artist brought out the model's unique features, tailoring pose, lighting and overall concept to best capture the person in front of his lens. 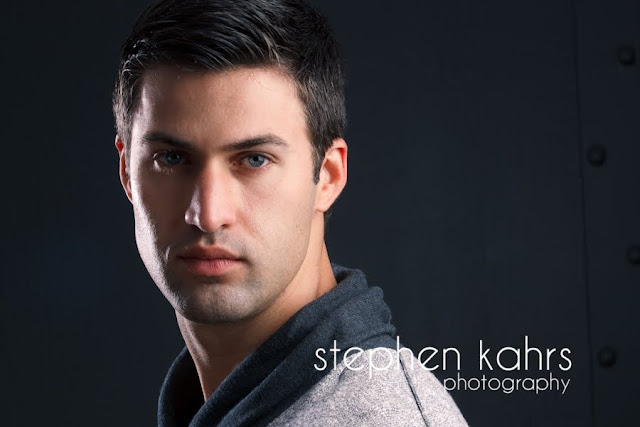 Although 23 year old David A Anderson has a completely different look than the previous model that I featured, from body type to overall presence in front of the camera, the skill Stephen brings to his work create similar and fantastic results. There are many photographers who have signature styles and shots, and model after model are put in the same pose, with the same lighting and set. Stephen's choices, from framing, lighting and wardrobe are designed specifically for David leading to an outstanding array of images. 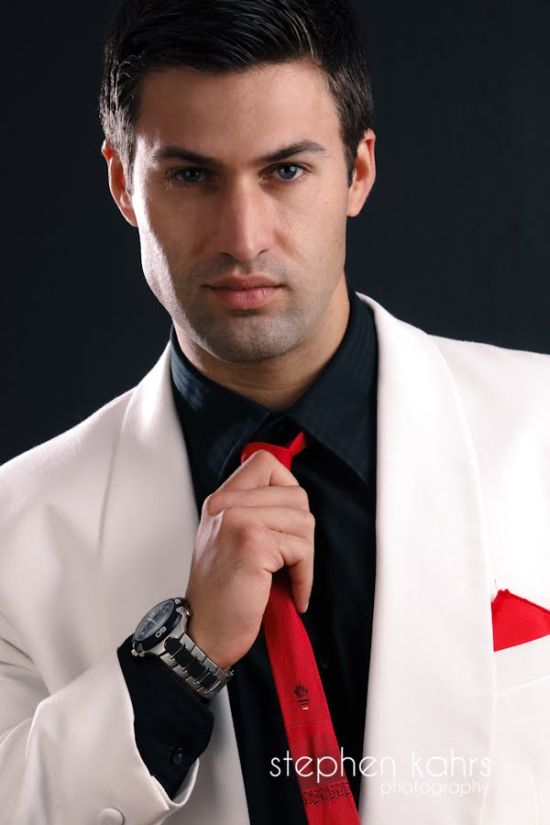 David A Anderson says he has been modeling for about three years but has gotten more serious about the past 12 months. Besides modeling, he has recently branched out into acting and has gotten positive feedback for his work so far. David has a incredibly strong look with his olive skin, beautiful lips and magnificent, piercing blue eyes. His distinctive facial structure and incredible body provides creates a perfect package for displaying any fashion or clothes that he puts on, or takes off. 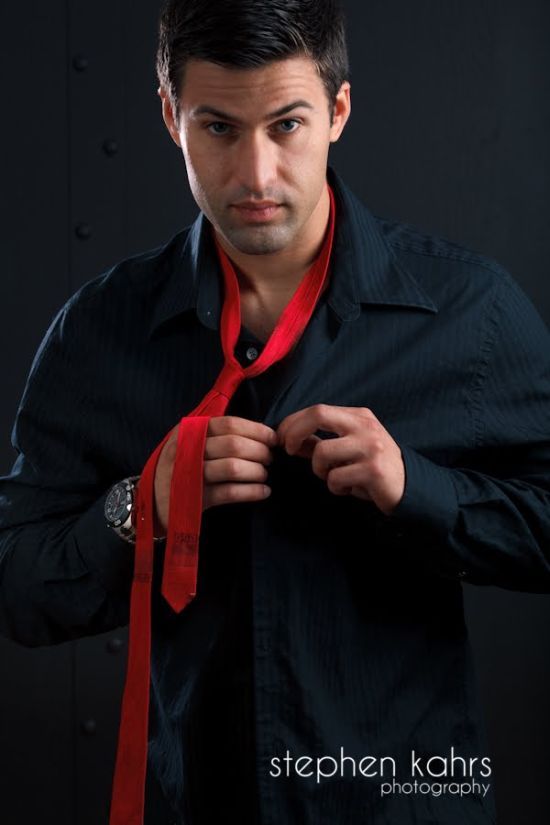 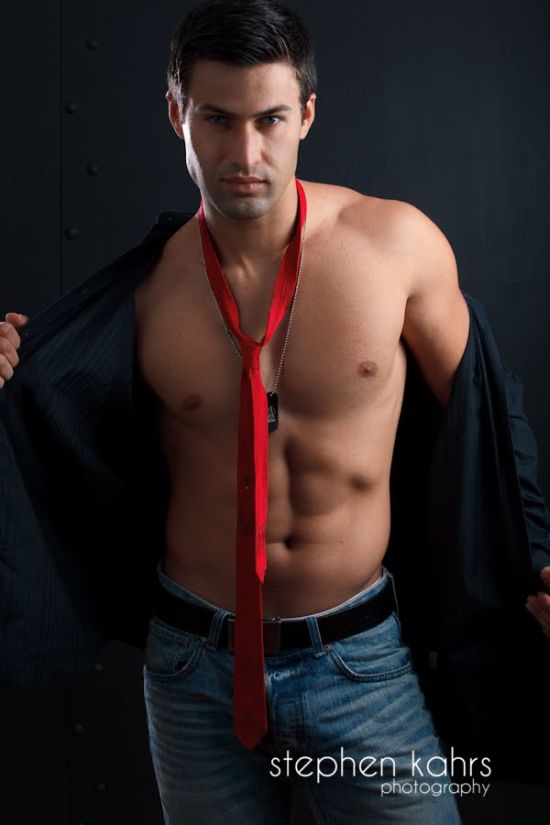 'I've had a deep desire to model ever since i was a teenager. I wanted to be that guy on the cover of the fitness magazine. Although I still want this to happen, I have also expanded into more fashion and lifestyle shoots along with catalog. I now also have some acting experience which i just think is a riot! I'm meeting new, like minded people constantly and enjoying every single second.'
David A Anderson 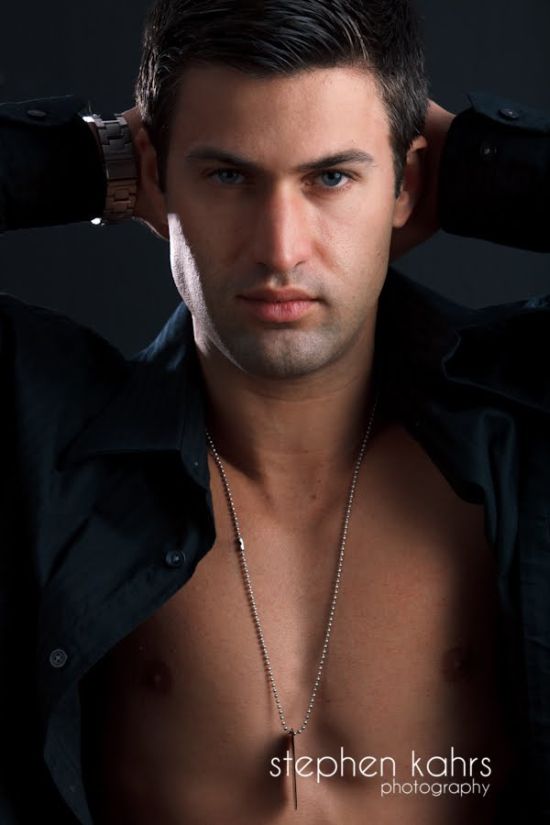 Stephen first met David in August 2011 through a Facebook group they both belonged to that was designed to bring photographer's and model's together for a day of shooting. Stephen recalls how pleasant and cordial David was on their first meeting was and how strikingly handsome he was. If you look through Stephen's portfolio's you will see many pictures of David as he was one of the artists favorite models to collaborate with. 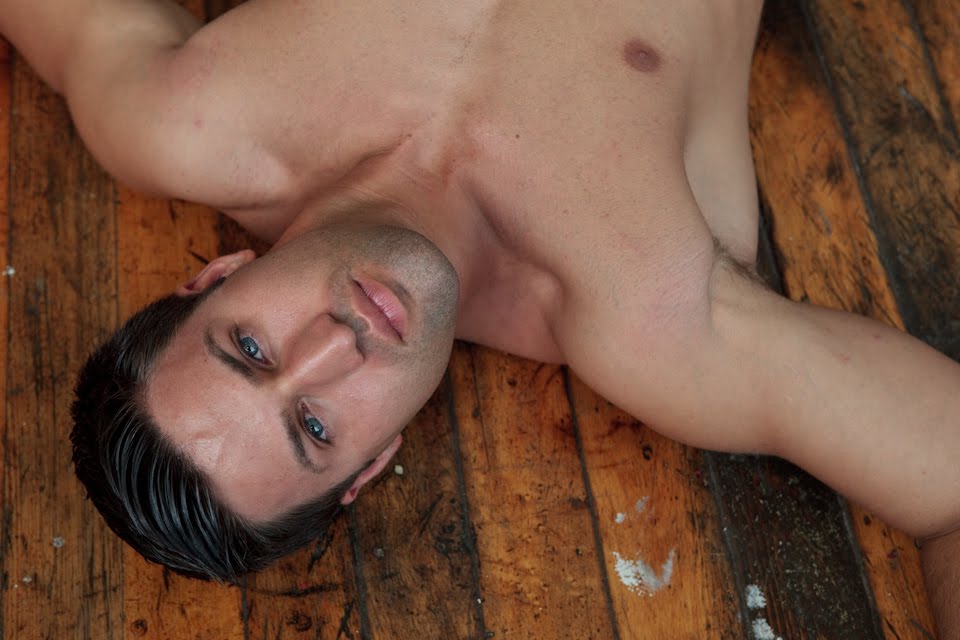 'I've had the opportunity to shoot with him three times thus far. I enjoy working with him mostly because he can effortlessly give you a fitness, editorial, and I've even seen some fine art shots that he's done for other photographers. I find him quite versatile and puts everything into whatever you present to him. He's given the ball and he gives everything to reach the goal. You don't find that in a lot of models and often times you spend a lot of energy carrying them through the shoot.'
Stephen Kahrs 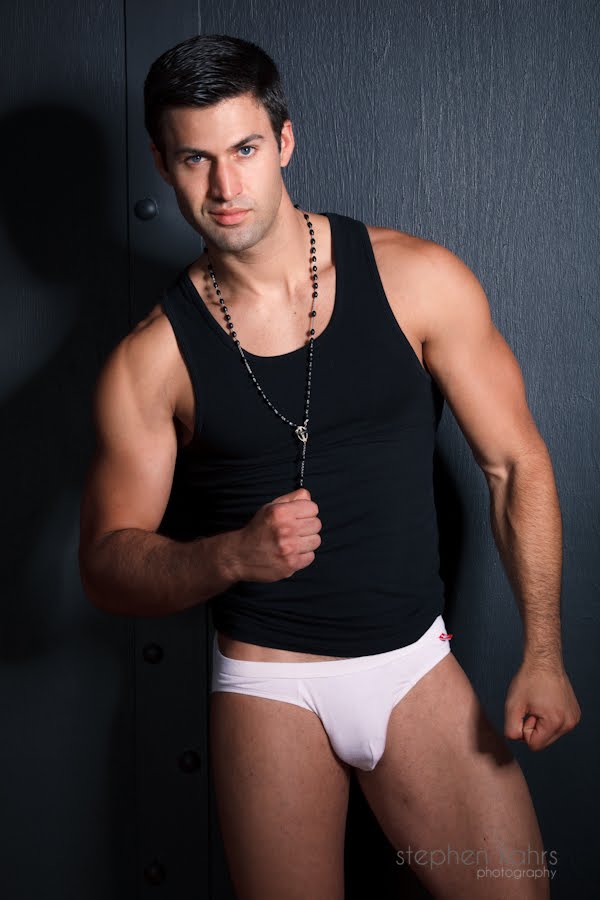 Both Model and photographer enjoyed their work together and produced a large number of images, sadly, not all I could fit in. There were some beautiful black & whites and a few James Bond themed shots. Hopefully they might lead to a follow up! 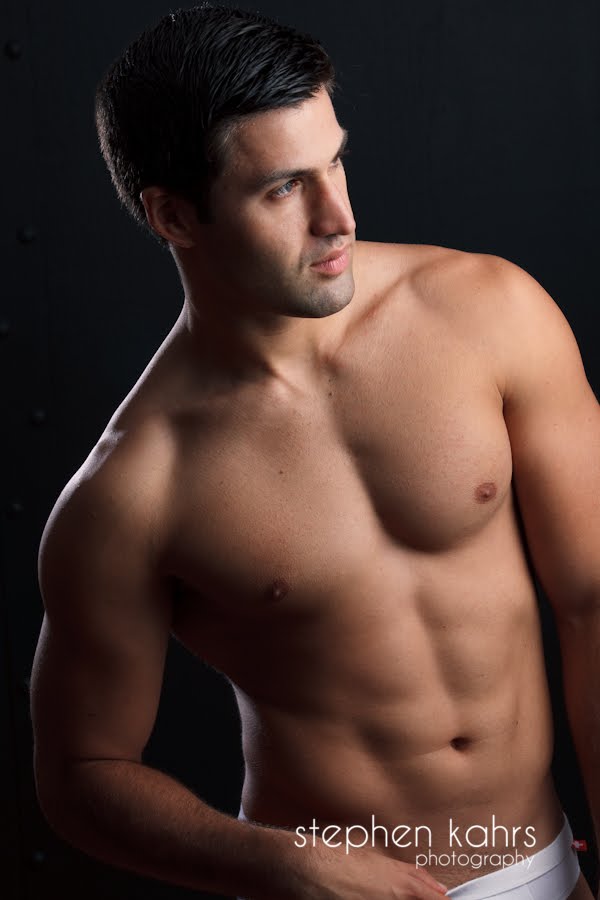 'Stephen and I have worked together a few times and he has always gone above and beyond to make me happy. He retouches tons of photos quickly and I almost always get the cd within a week which is awesome as it takes hours and hours to do. I don't know how he finds the time. With the cd he even sends Polaroid images with some of the photos he liked just because. He has tons of different outfits that I loved and wanted to take some home with me! The man has countless ideas with poses and places to shoot and is just a real stand up guy. If you ever have a chance to shoot with him you should jump at the opportunity!'
David A Anderson 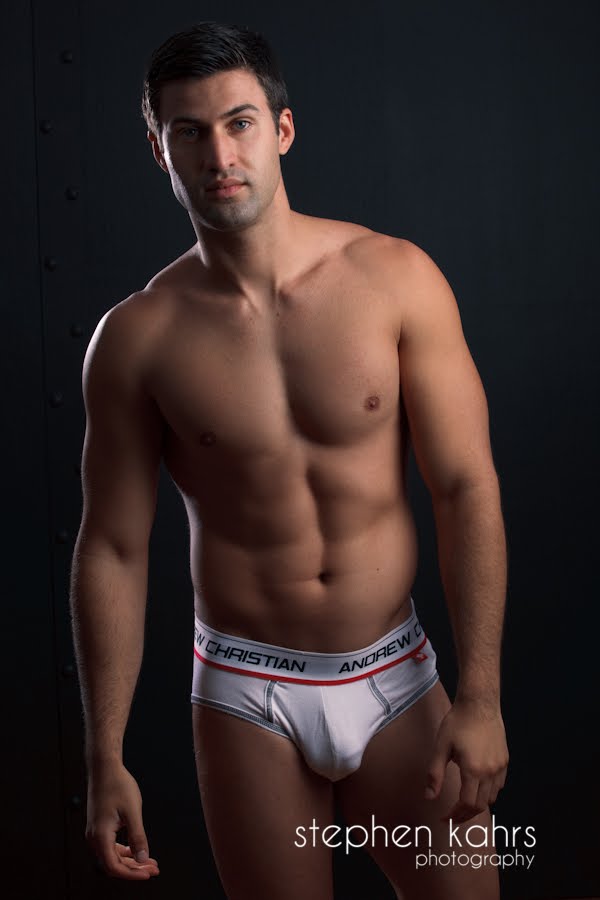 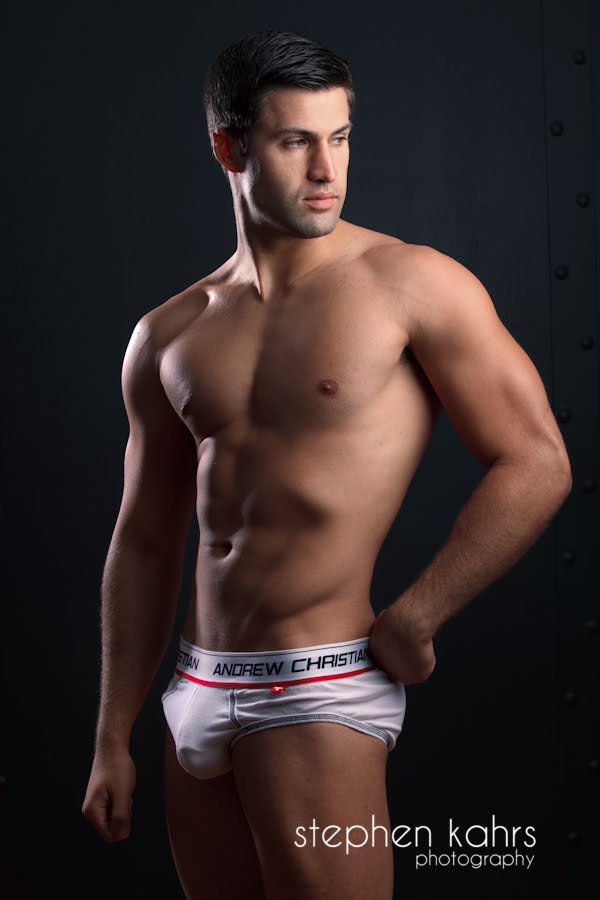 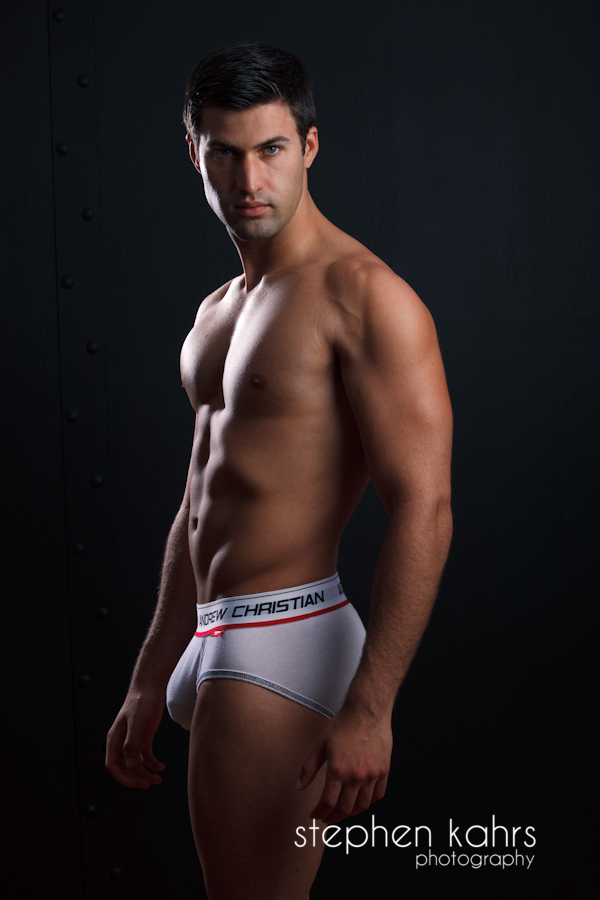 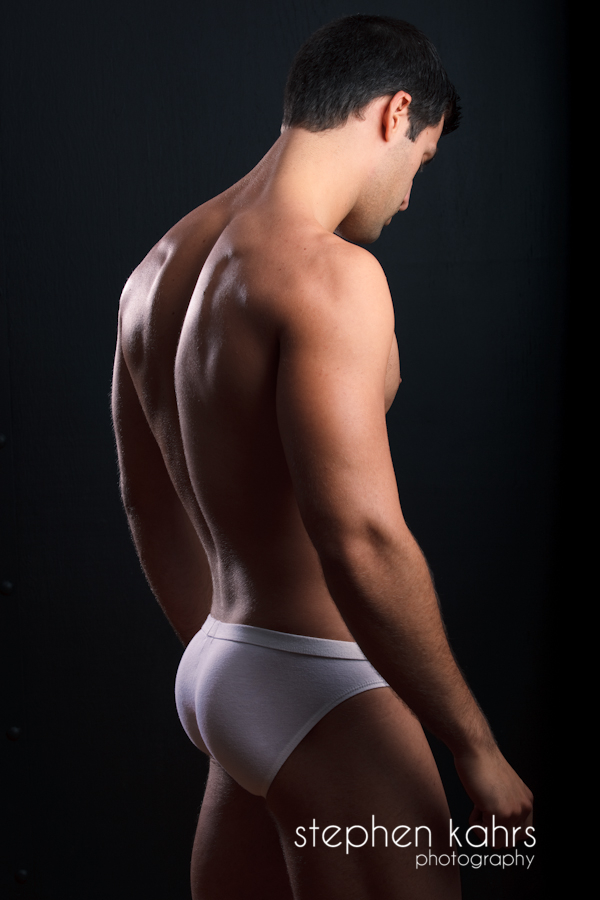 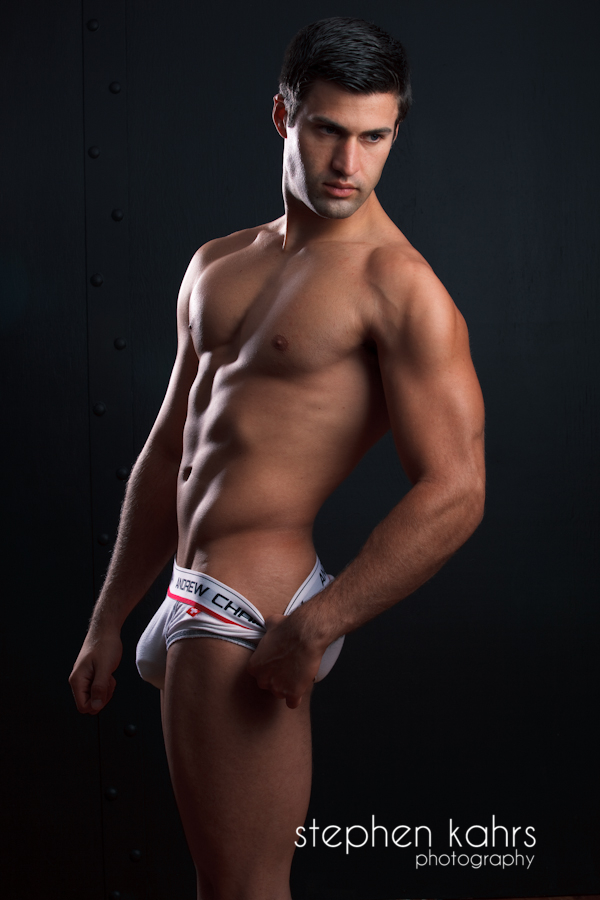 Gorgeous guy. My inspiration to go to the gym often and eat better.