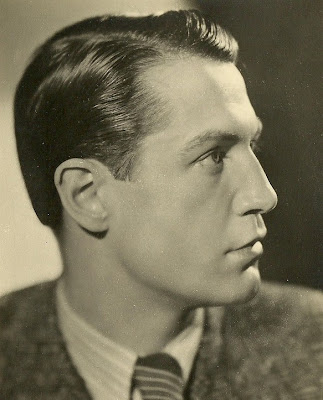 Last night was sort of a retro night for me. It began with a 70's themed party a friend of mine was having. Deviled eggs and cheese fondue aside, it was a pretty good night, especially of course, the music. At one point, as I went into the den (sort of 70's in itself) to get my coat before heading home. On the television was Cher, on TCM talking about her love of Mildred Pierce. Thankfully I had seen the listing, and since I had never seen it, had already programmed my DVR. 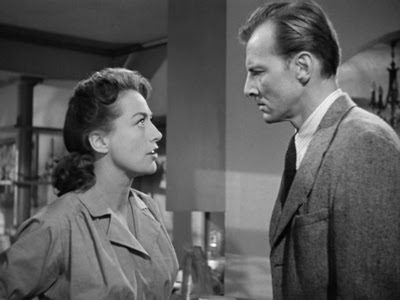 I loved every moment of the film, from it's suspenseful film noir beginning though to the end. Joan Crawford (who I only knew from Baby Jane) was incredible and I especially loved Eve Arden (who I only knew from Grease) as her friend and co-worker. Although not the lead, as far as the male cast, I was most drawn to the beautiful face of Bruce Bennett who played Mildred's first husband Burt. 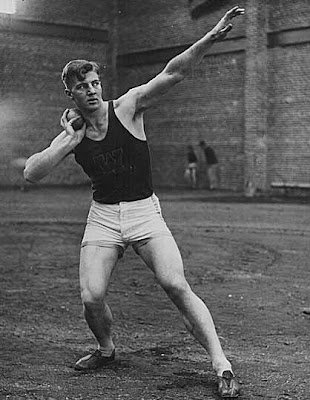 Born in 1906, Bennett's first glimpse at fame came at the 1928 Olympics. Bennett broke the world record for the shot-put on his first toss and won a silver medal in Amsterdam. In 1930, Bennett moved to Hollywood and upon meeting silent film star Douglas Fairbanks, was encouraged to try his hand at acting. The next few years consisted mostly in bit parts until trying out for the role of Tarzan which he ended up losing to Johnny Weissmuller. 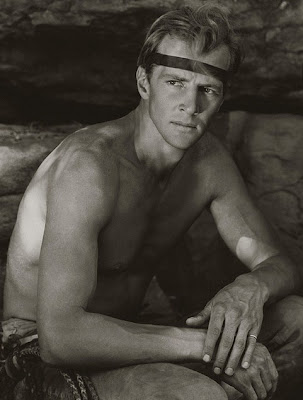 By 1934, Edgar Rice Burroughs had become dissatisfied with the portrayal of his Tarzan character in films. Burroughs had leased the rights to the character to Metro-Goldwyn-Mayer and had little control over the portrayal of the king of the jungle in MGM's wildly successful Johnny Weissmuller Tarzan films. Eventually the author decided to film his own Tarzan movie and selected Herman Brix Bruce Bennett) for his 1935 feature The New Adventures of Tarzan. 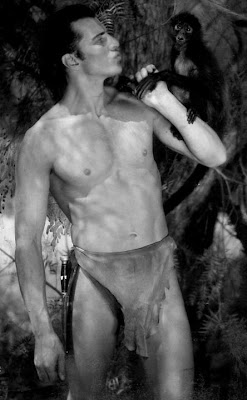 In the late 1930s, Herman Brix decided to shed his identity as a former athlete and former Tarzan, changing his name to Bruce Bennett. He signed with Columbia Studios in the late 1930s. Bennett's career benefited from a move to Warner Bros. in 1945, when he starred in Mildred Pierce. The next year, he was in the Bette Davis film A Stolen Life, but perhaps his best film is the 1948 feature The Treasure of the Sierra Madre, with Humphrey Bogart. Of all Tarzan actors, Bennett had by far the longest and most versatile acting career. 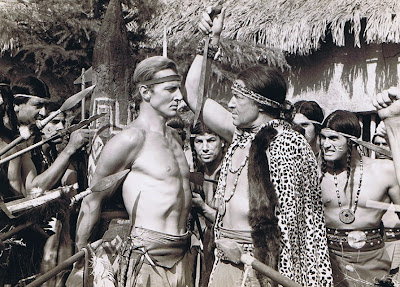 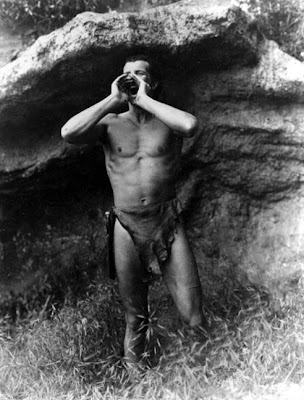 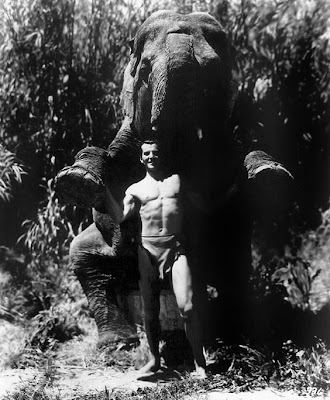 Very nice document on «Tarzan(S)» but I would appreciate you could identify each pics by the name of the actor.
I couldn't really know who was who on each pics...

Thanks for your very instructive site.
I love it..

All of the images are of the same actor, Bruce Bennett who I was featuring in the story.

I don't know if you can find it, but the Herman Brix Tarzan movie is really hot stuff. He wears a thong underneath the loincloth, and it flies up quite a bit during his wrestling match with a lion. Great fun for stop-action-theater.

Quite the feet eh!