Blast From The Past: John McMurray 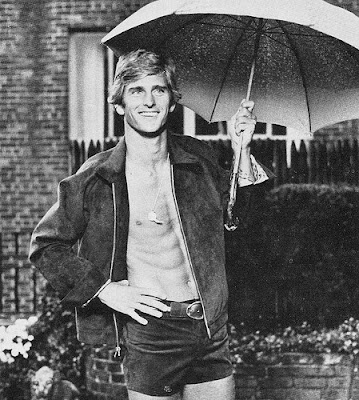 'As a blond, blue-eyed surfer, John McMurray caught the first wave of men's fashion in the '70s when designer Bill Blass spotted him in San Francisco and introduced him to modeling. Within a few years McMurray had become one of the country's leading cover boys, had worked as a runway regular for Ralph Lauren and Oscar de la Renta and had even posed for a brand of mannequins modeled after his 6'2" 175-lb. frame.'
From People Magazine 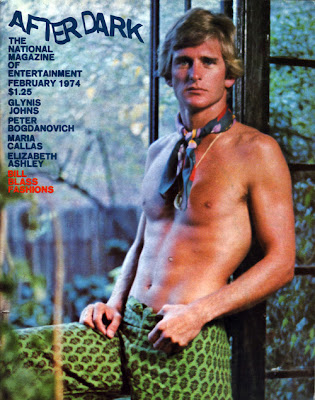 While looking to credit the images of Katherine Helmond and her husband for the birthday post, I came across the four images below by the same photographer. I have enjoyed the work of Kenn Duncan for years, even posted some of his incredible images of Maxwell Caulfield on FH without knowing their source. Duncan began his career as a skater and dancer. After breaking his foot, he took a six-week course on photography at a YMCA eventually working as a principal photographer for After Dark and Dance Magazine. A quick google search provides a great snapshot of his work and the celebrities he shot in the 70's and 80's. 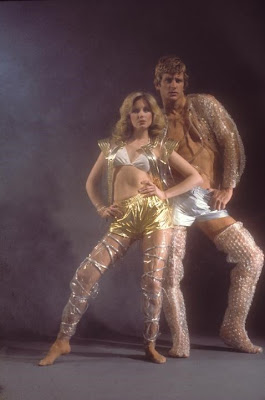 One of those celebrities was the queen of night time television in the 80's, Morgan Fairchild. Fairchild has to be one of the worlds most photographed woman, but was interested in finding this set with model John McMurray. 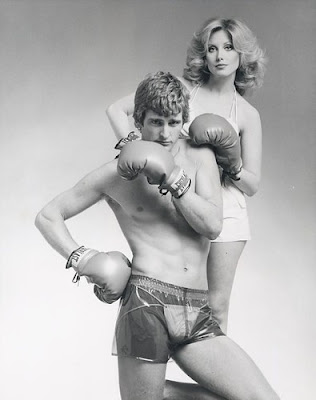 It is sort of rare to see Fairchild photographed with a man, unless the co-star of a project she is starring in. I have yet to find out what, if any, connection there was between she and McMurray. Most likely just for the shoot. They certainly make an incredibly sexy blonde couple. The only real information on McMurray I could find was a 1988 People magazine article on the model's struggle with losing his sight. You can read the article in it's entirety HERE: 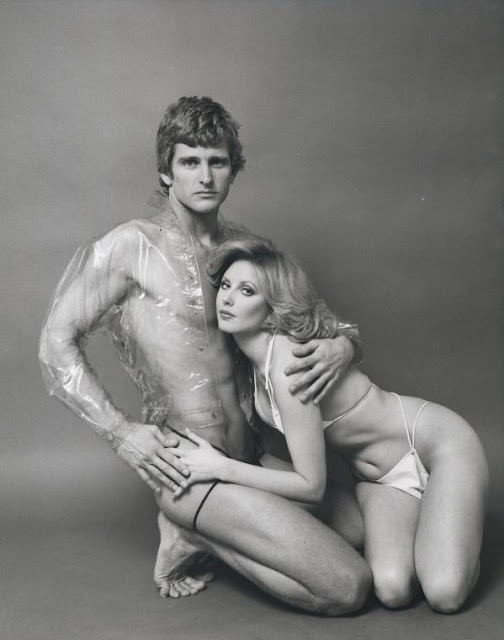 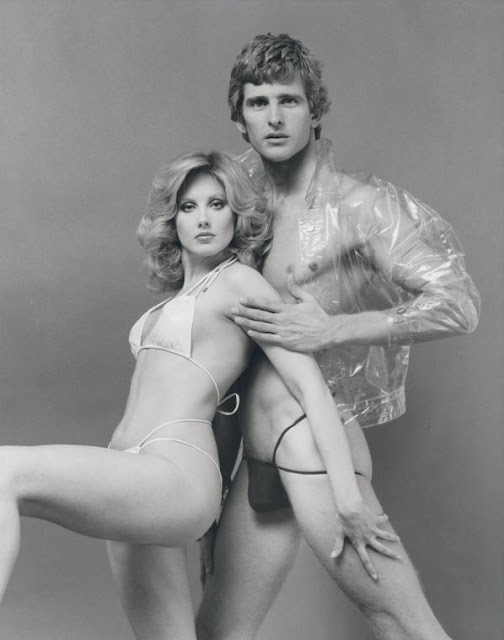 Email ThisBlogThis!Share to TwitterShare to FacebookShare to Pinterest
Labels: Blast From The Past, Male Models, Photographers