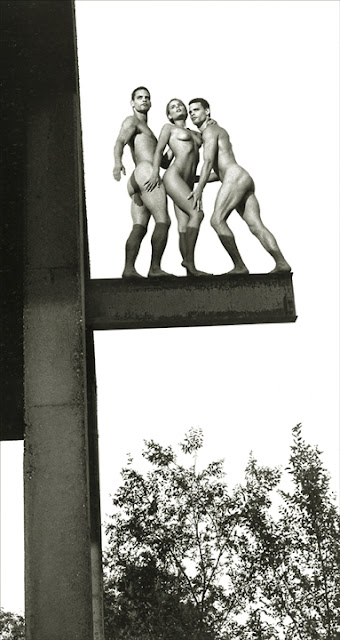 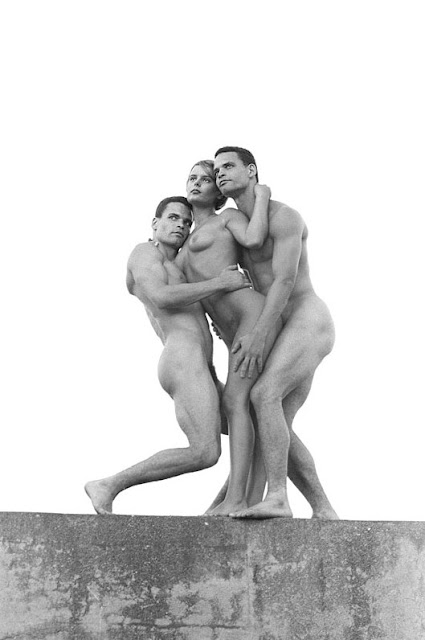 'One of the more remarkable shots I did was of the twins & Sara standing on a girder that had to be 3- stories high. The sun was setting behind me, dropping below the trees so it appears as if dark boots were seeping up from their feet.'
Robert J. Guttke 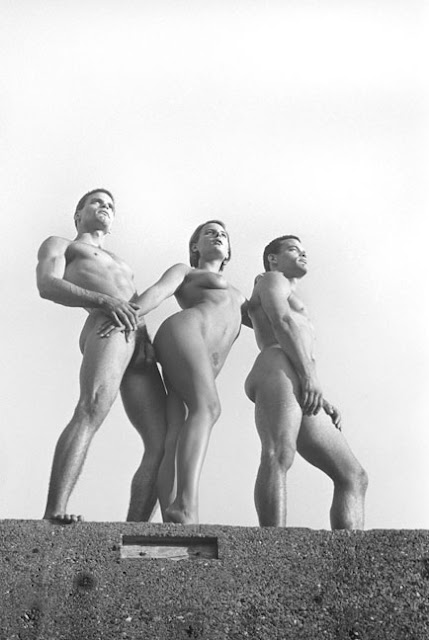 Today, if you see something incredible in an image, something that looks like it could not possibly have been done, in most cases, it was created through photoshopping. Photo manipulation has become fairly standard, an easy, and cheaper way to achieve the desired results. The ability for almost anyone to easily get their hands on a photo editing program has brought forth mixed results. The ability to manufacture almost anything your mind can think up has certainly led to some amazing visuals. It has also lead to an almost watering down of creativity. Yes, almost anyone can use an editor to create magic, but the question is, if digitally manipulated, are you really being creative and is it still art? 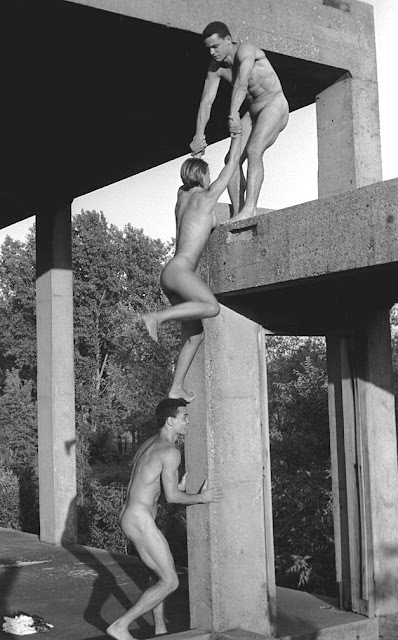 Robert J. Guttke believes that if you want three magnificent bodies high atop a beam jutting out of an old ammunition factory, you actually put them there. Robert's latest post his new blog, Exquisite Pain, takes a closer look, behind the scenes of how exactly he was able to capture the incredible images above. If you're like me, one of your first questions is why exactly are they climbing naked? Check out Exquisite Pain to find out more! 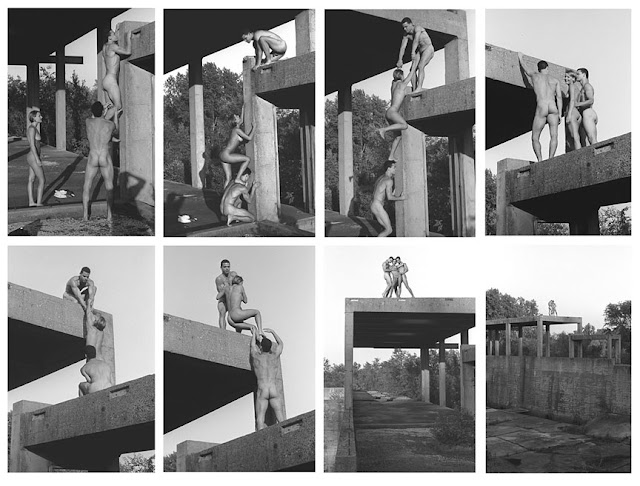 Why are they climbing naked? It is easier to do everything naked! I remember when you first posted this!