Suntown Photography: Within The Woodlands

Matt:
You can see more of Matt in the Suntown Men 2015 calendar 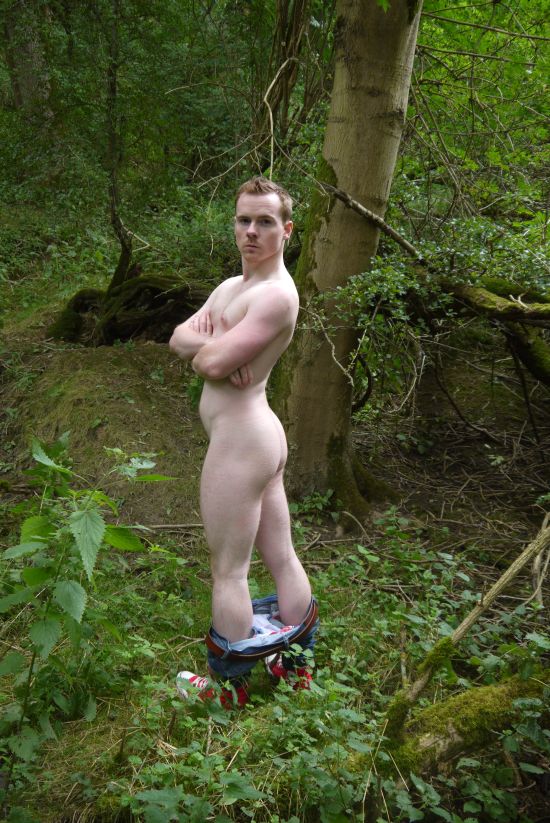 Suntown Photography would never even think of using digital pixelation within his work. And why would he? The UK photographer likes to shoot his subjects just as the are, natural, without manscaping or editing.  Shooting naturally isn't just the artists passion, it is a necessity when venturing to one of his favorite places to shoot, deep within the Woodlands... 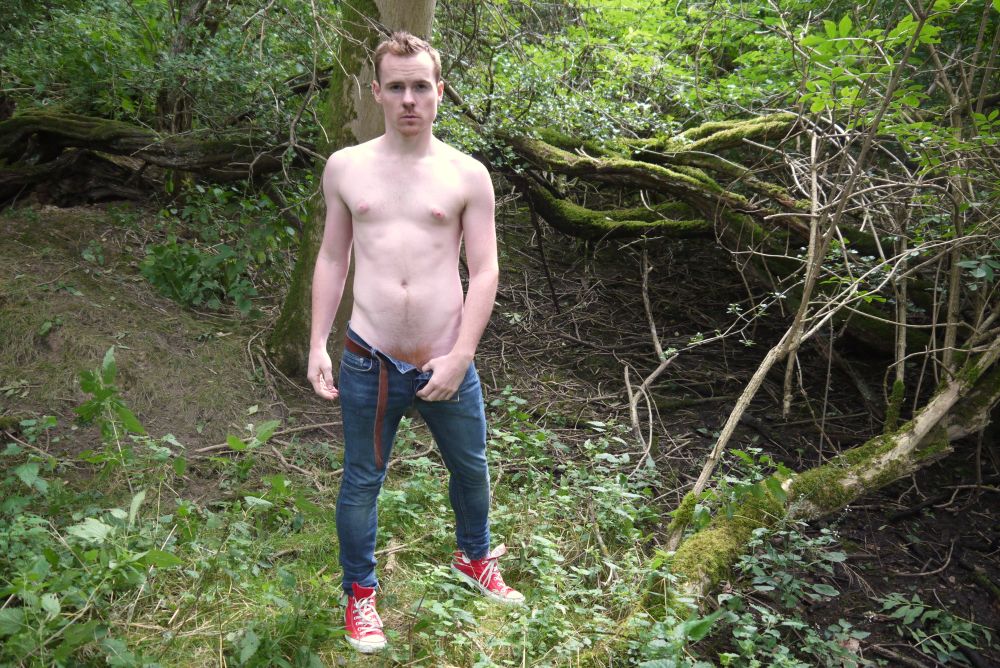 The Woodlands are located about 125 kms from London. The surrounding area is mostly rural, made up of forest sand hills.  If you explore this area, on just the right day...you too might find yourself coming upon some of these Woodland inhabitants. You can't really plan a sighting, or a shoot, with one of the mystic men of the Woodlands.  You instead have to just head into the woods and between the bushes and hope that one of them....might spot you.

Danny
Danny was on the cover of 'Young Otters' 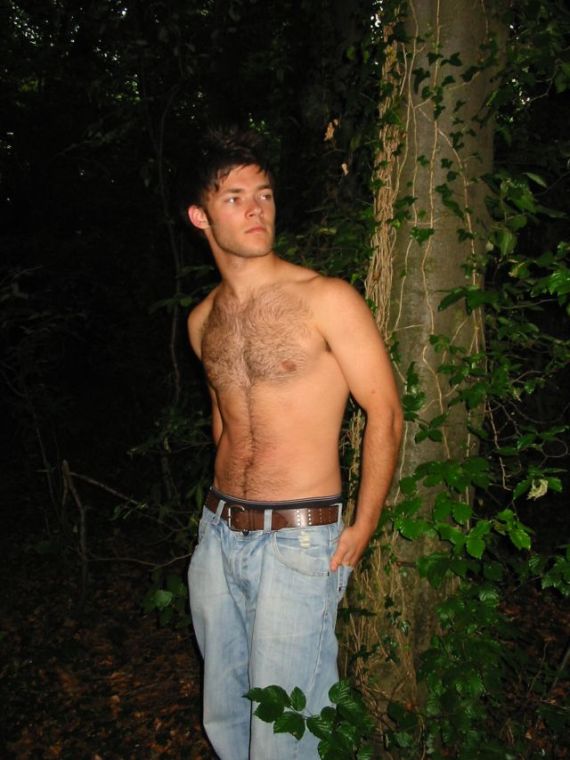 Like all creatures of the wild, the Woodland mammals respond to stimuli. In the case of the males, especially the young, trying to secure their place in the herd, that stimuli is generally the click of a camera. If they hear the click, they respond not by calling to others, (it is 2014) they text the others to let prepare them that photographers are in the area. Danny is well known as a leader of the herd and is often the first to be seen and first to send out the call to the others, especially if the artist behind the camera is Suntown. 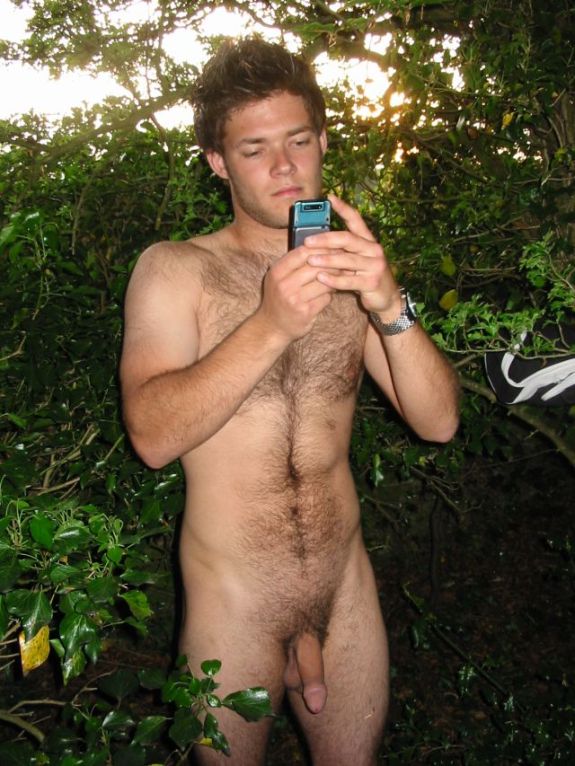 If you're lucky, you will then see bodies in various states of undress coming out from behind tree's, out of lakes and streams and descending from branches high above. This is where things get tricky and timing is crucial. The men of the forest have no issue being naked, have not problems with being photographed, but they have little to no patience for inexperience. They give you just a few minutes to snap and capture them before they again disappear deep into the forest. 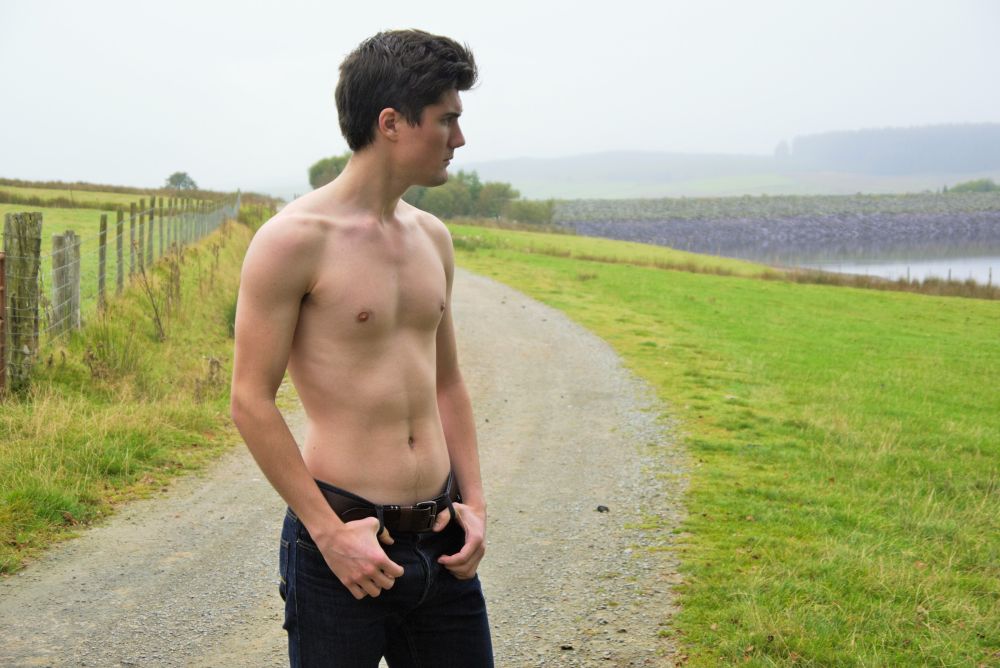 It was truly a rare event when an artist was able to capture Parker, especially out so close to the road and civilization. Patrick was clearly uncomfortable being so close to town, especially confined tightly within his restricting jeans. When Patrick spotted Suntown and his camera, he quickly signalled for him to follow. Patrick flew from the road, into the grove and quickly peeled off his jeans, no naked and happy surround by the forest of fur tree's. 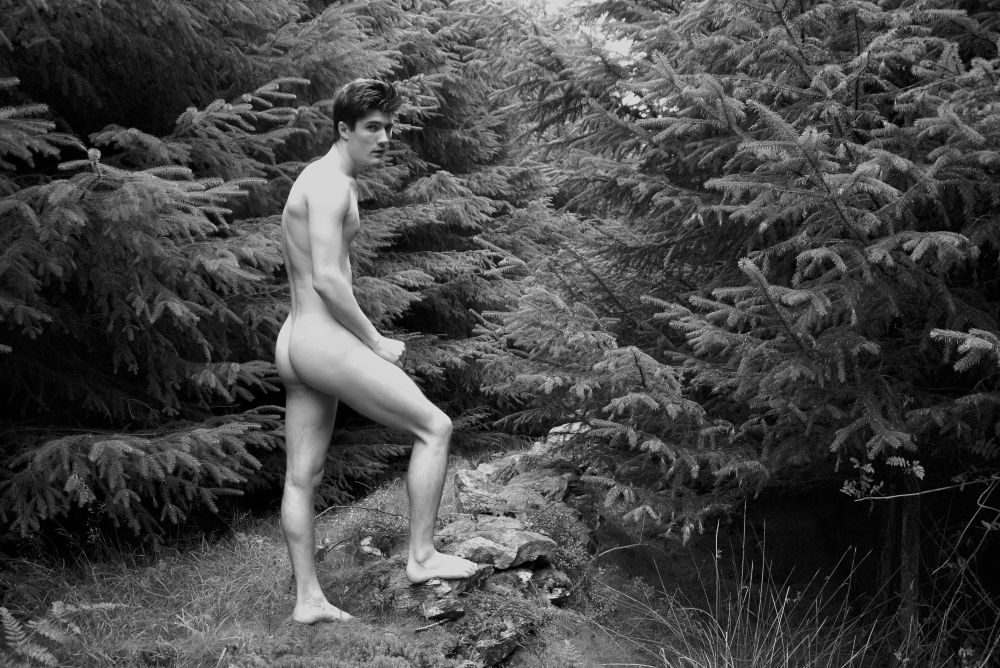 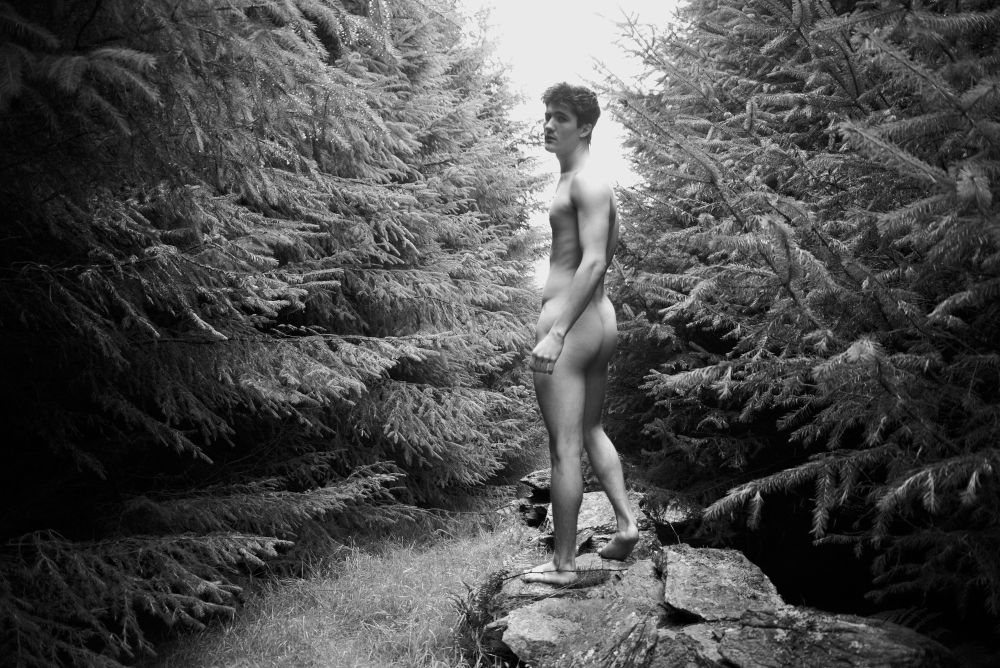 Patrick sat quickly down upon the grass and moss just long enough to give Suntown the stare down. The look was instant and clear letting the photographer know time was ticking. Suntown got in just a couple of clicks of the camera before Patrick grabbed his jeans, sped into the tree's and disappeared out of sight. 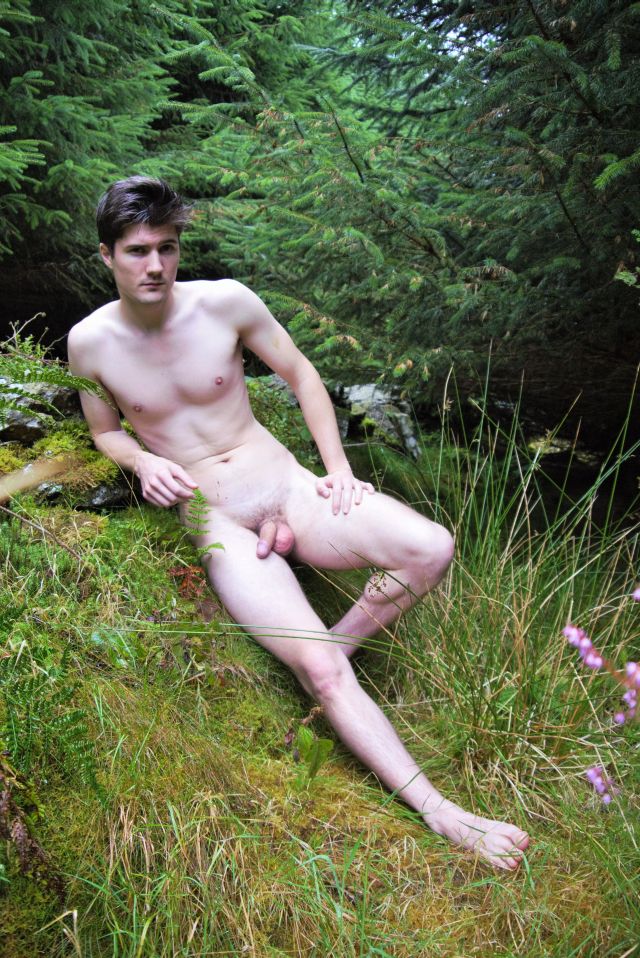 Justin
Justin is featured in Men of Suntown 2015 and several of Dave's books. 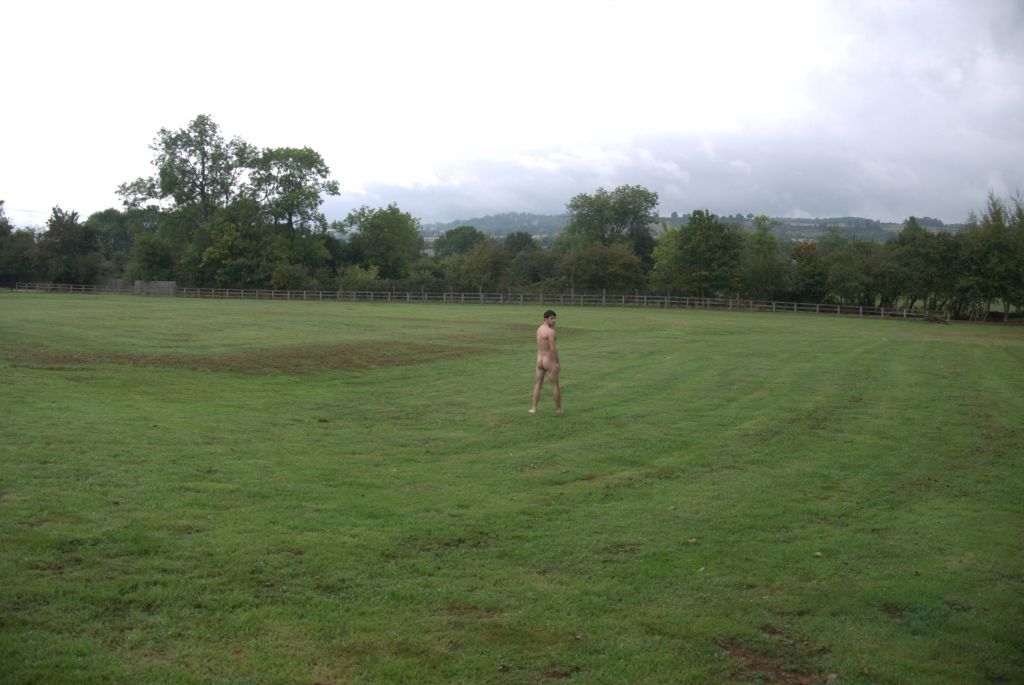 Justin is one of the most elusive of the Woodland models. Usually he is frolicking in open fields keeping others at a distance. Most photographers only get wide shots from a distance like the image above. Justin must have felt a trust in Suntown as he allowed him to follow him beyond the fence and in amongst the tree's for some closer images to be taken. 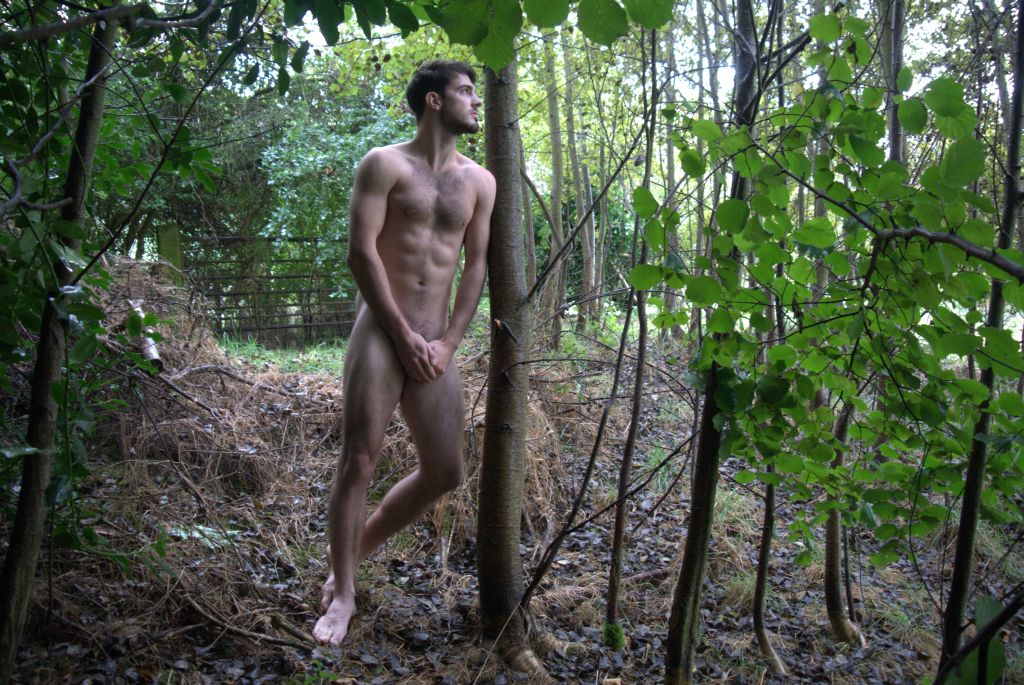 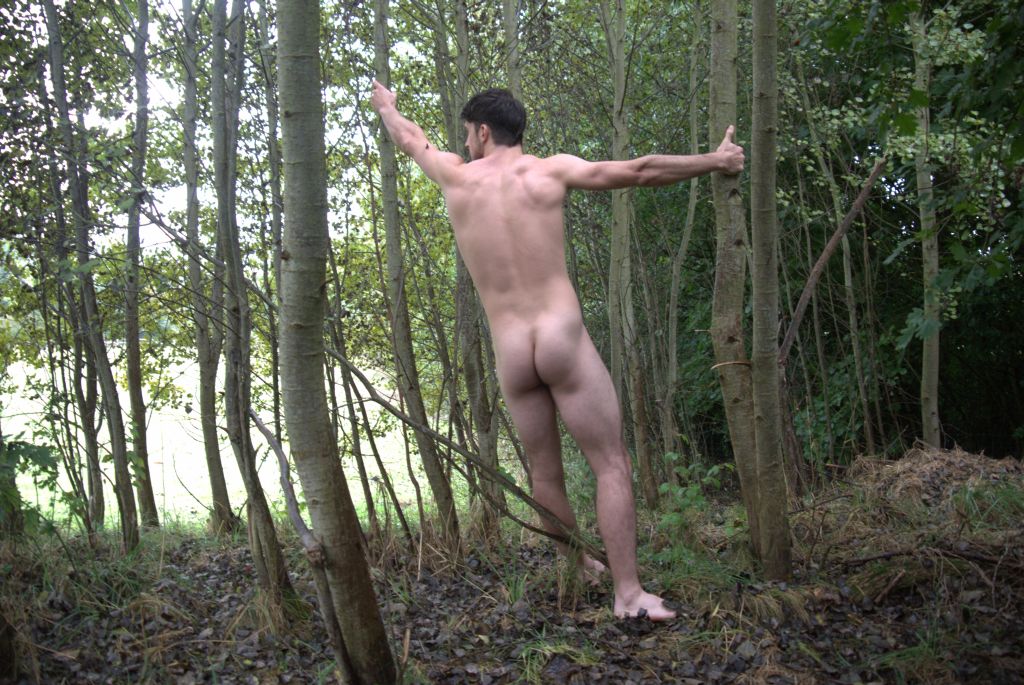 Like many of the men of the Woodlands, Myles may not be smiling with his teeth, but don't let that fool you, the Woodland models show happiness simply by stopping briefly and posing. Be warned though, if you're thinking of heading to the Woodlands yourself you may not be so lucky. Suntown has been venturing into the wood for many years so his presence doesn't frighten and send the models fleeing. Even if you can't see the Woodland creatures for yourself, Dave promises to send on more images from his Woodland treks and has chronicles many more on his site, blog and in books. 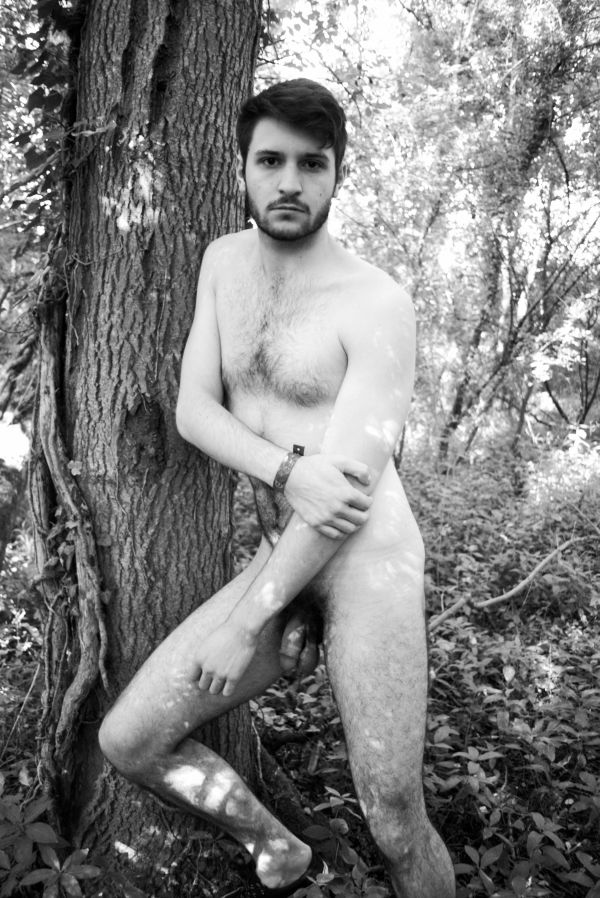 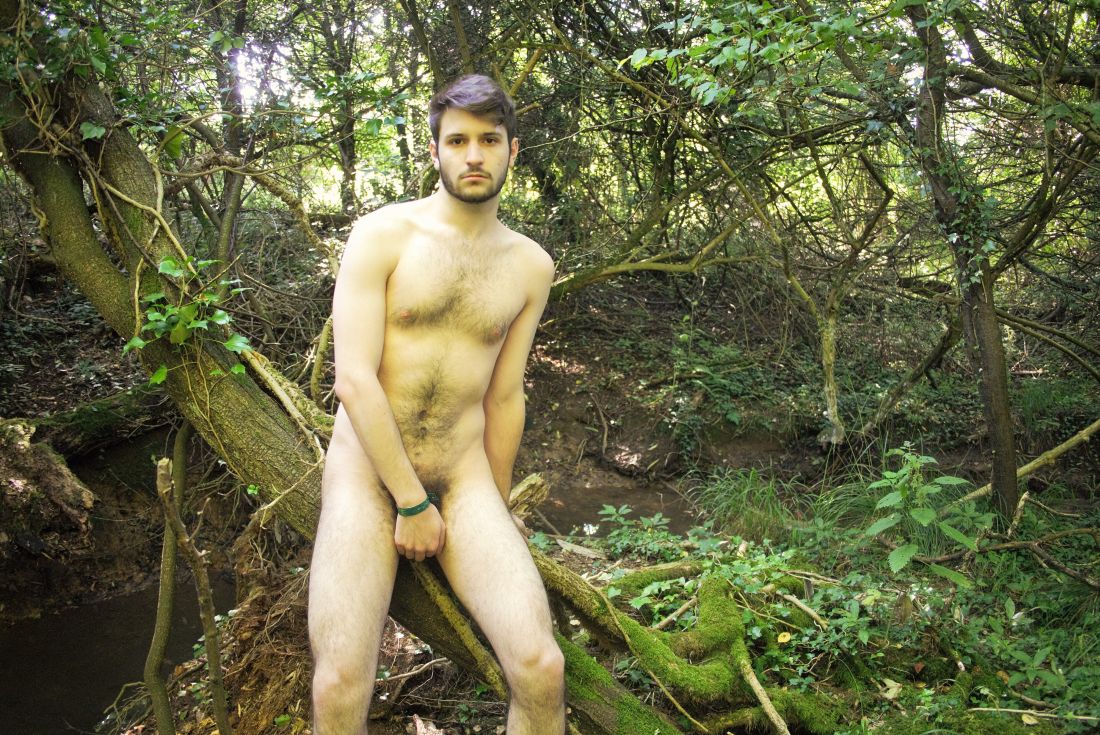 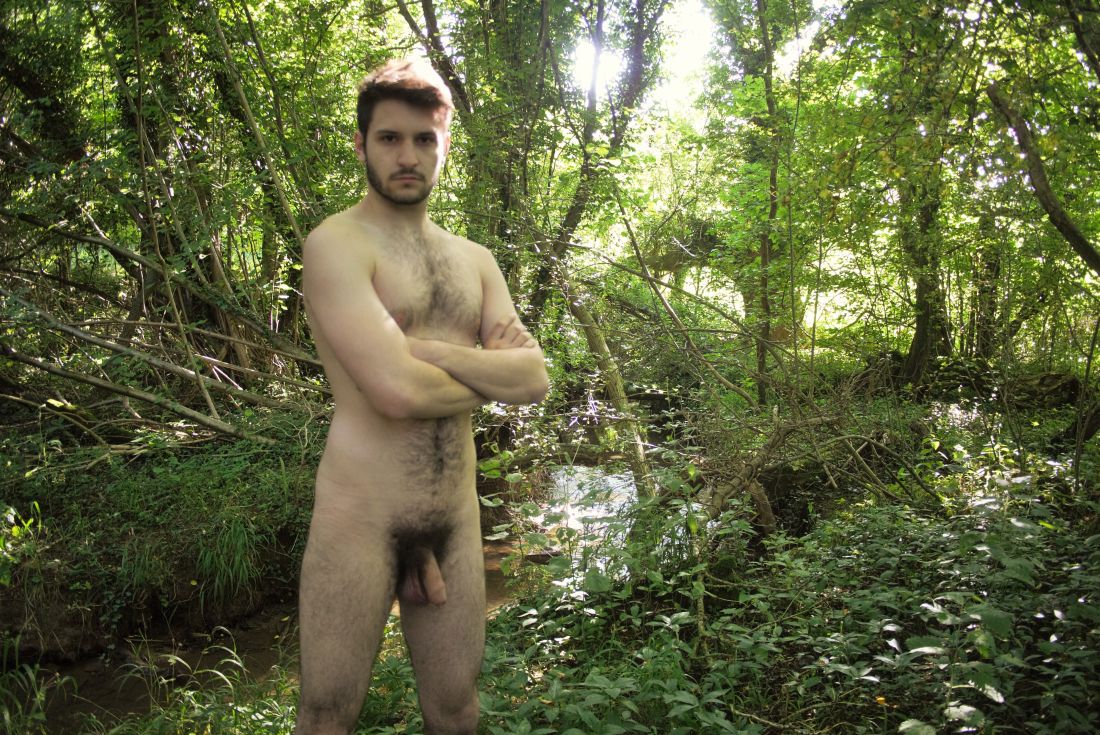